A few more glimpses of Scotland

While criss-crossing parts of Scotland in search of not yet tasted whisky, we occasionally stopped to admire the surroundings. Here is a collection of glimpses.

The first shot can be filed in “in the middle of nowhere” category, but I can very definitively place it in the hamlet of Carbeth, in Stirlingshire. 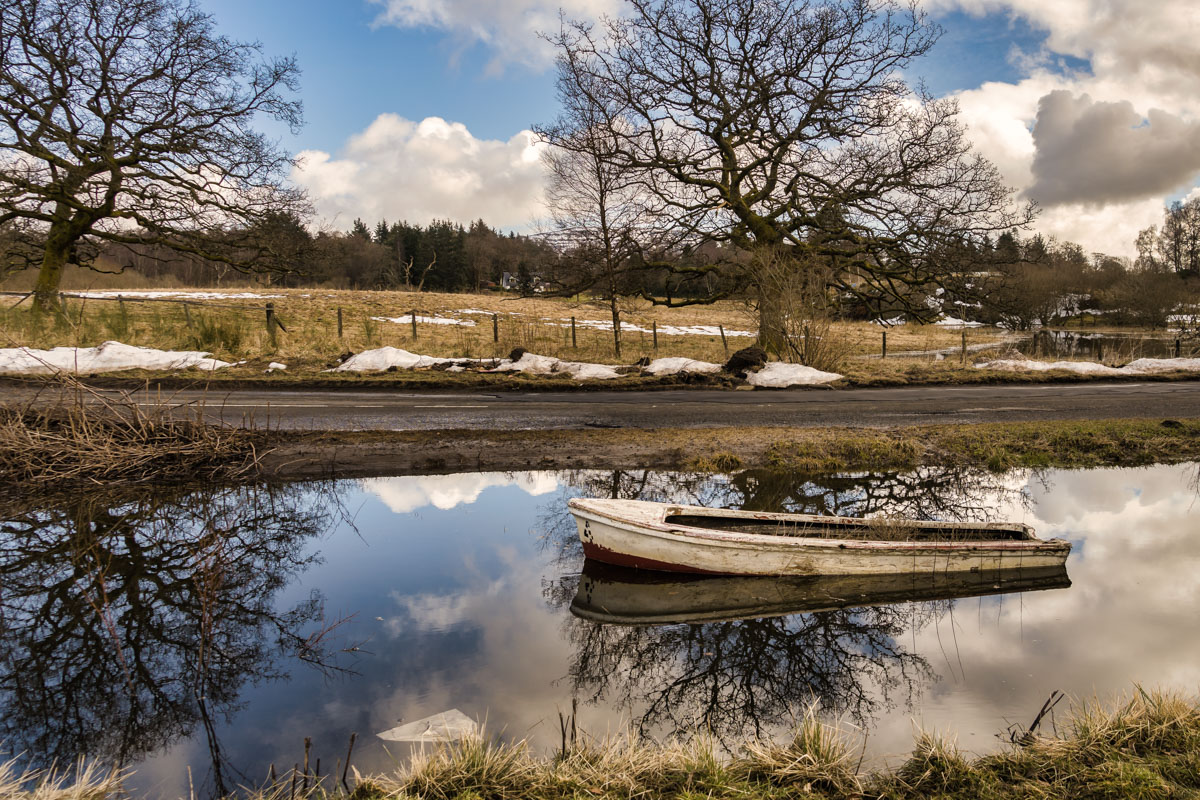 It pays to have a passenger in the car with the eye for picturesque locations. I would have driven right past that pond if not for my travelling buddies.

The picturesque harbor of Oban, with the distillery that we visited in the left of the frame, and hilltop MacCaig’s Tower above. 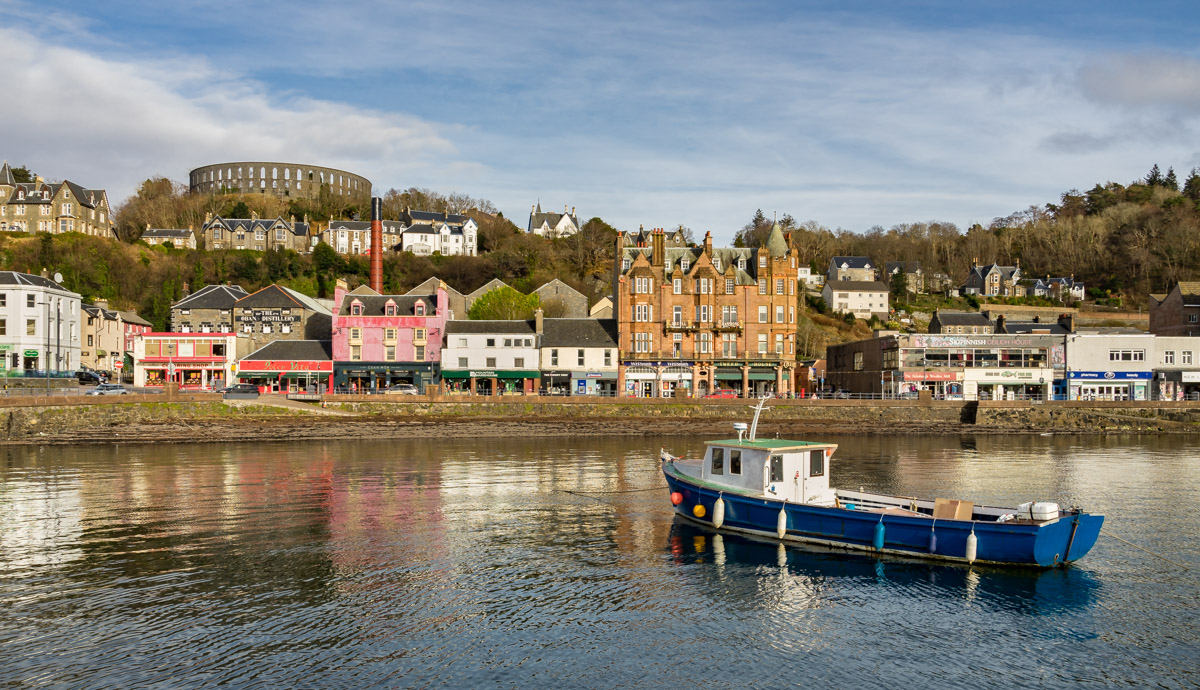 Also on Oban waterfront, an ensemble of buildings of different styles anchored by the St Columba’s Cathedral. 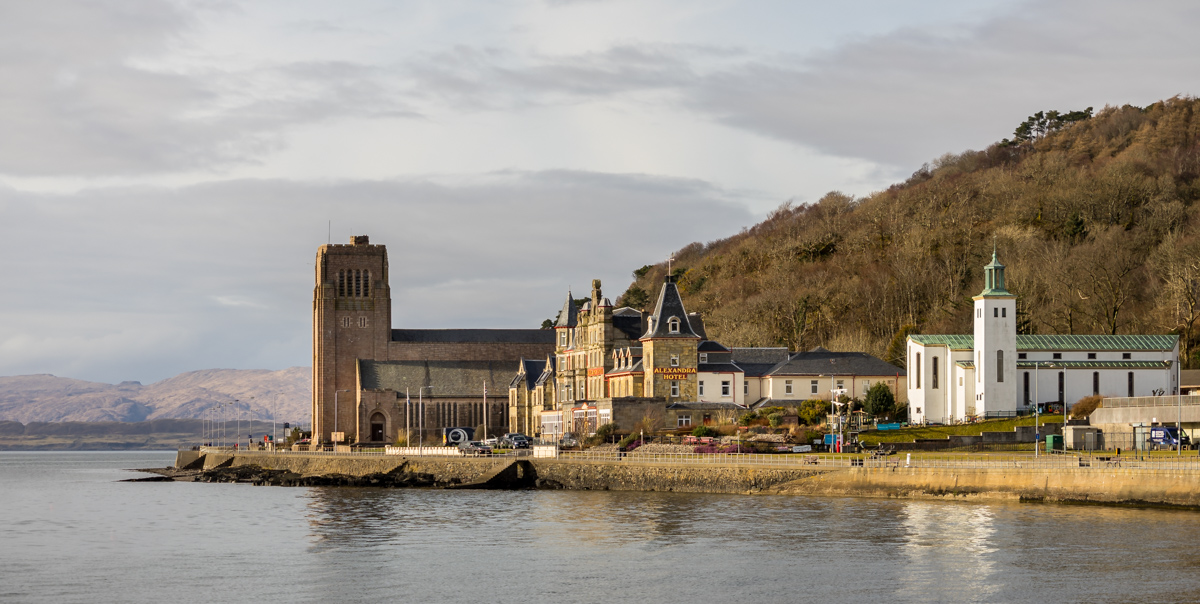 A CalMac ferry entering the Oban harbor. The Islay ferry that we used later in the trip does not depart from Oban, but it is serviced by an identical ship. 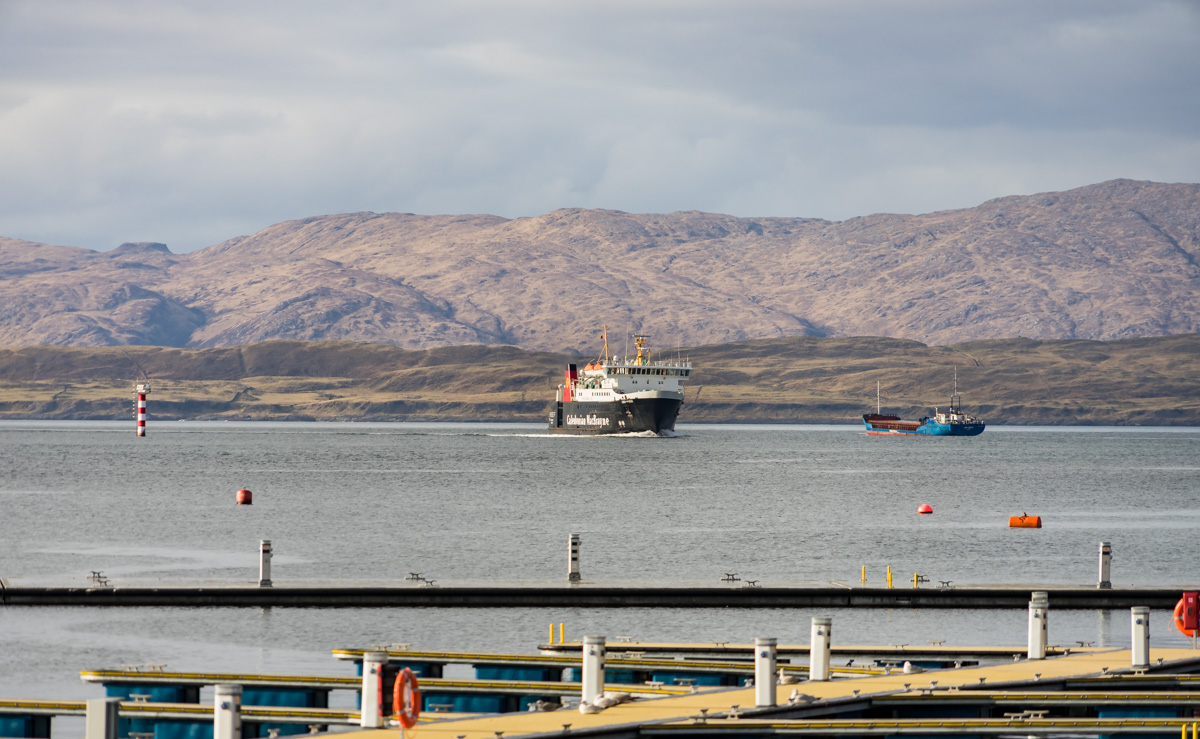 The City Hall and monuments on George Square in Glasgow. 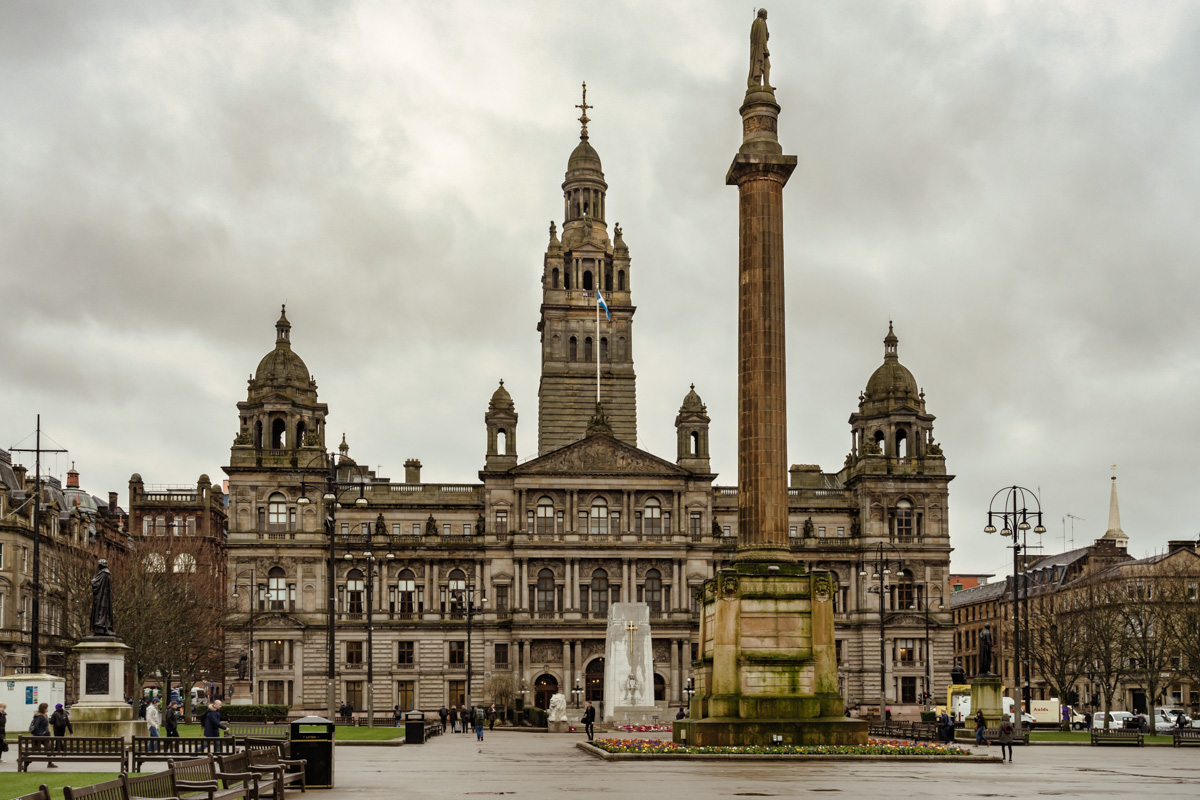 A view along Ingram Street towards the Gallery of Modern Art in Glasgow. 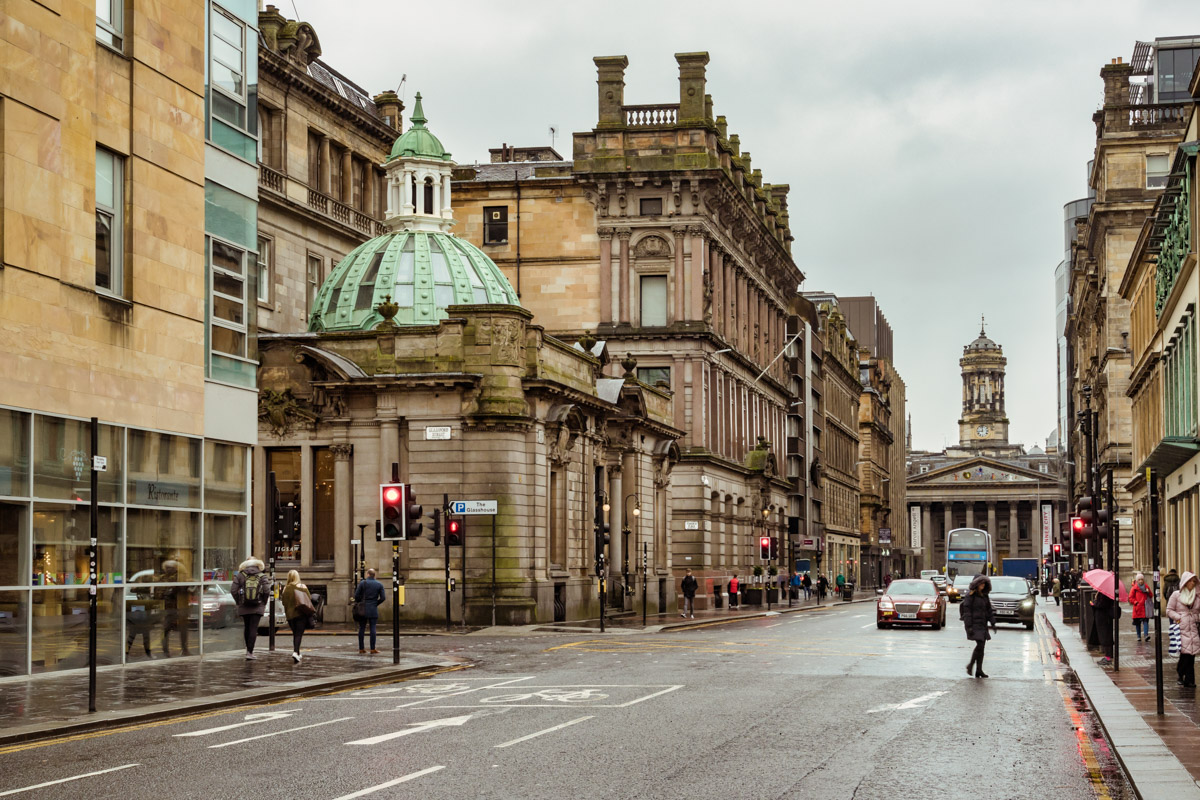 Our overnight stay in Glasgow was all too brief and rainy.

The quay at North Queensferry, where we went to photograph the Forth Bridge. In this perspective, the Forth Road Bridge is in the background. 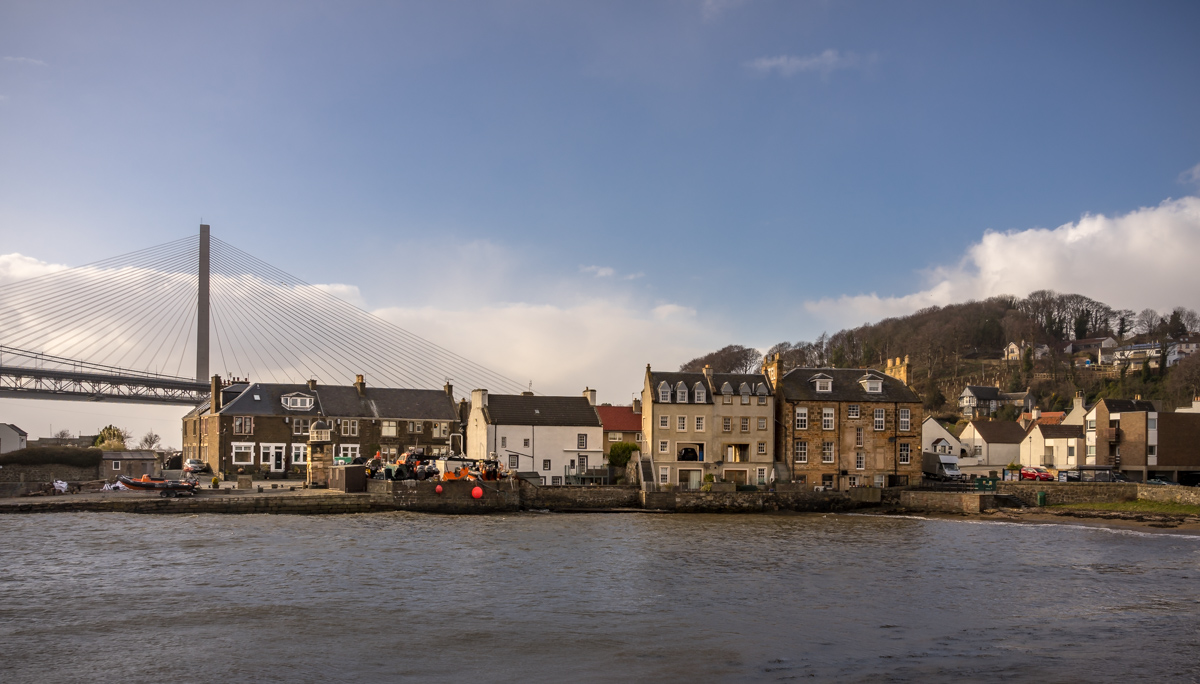 On the Firth of Forth, several coast guard boats were anchored in a formation.

Blackness Castle, on the south bank of the Firth of Forth, is among the most picturesque and historically important in all of Scotland. 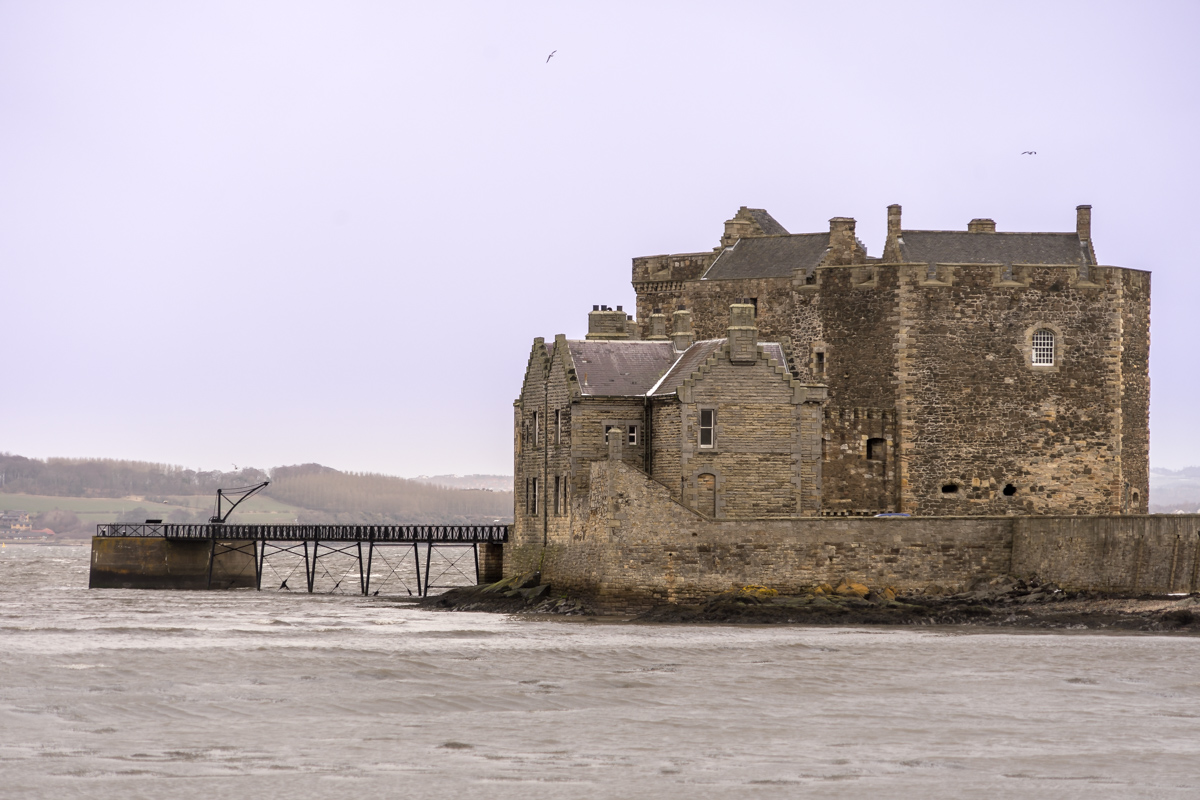 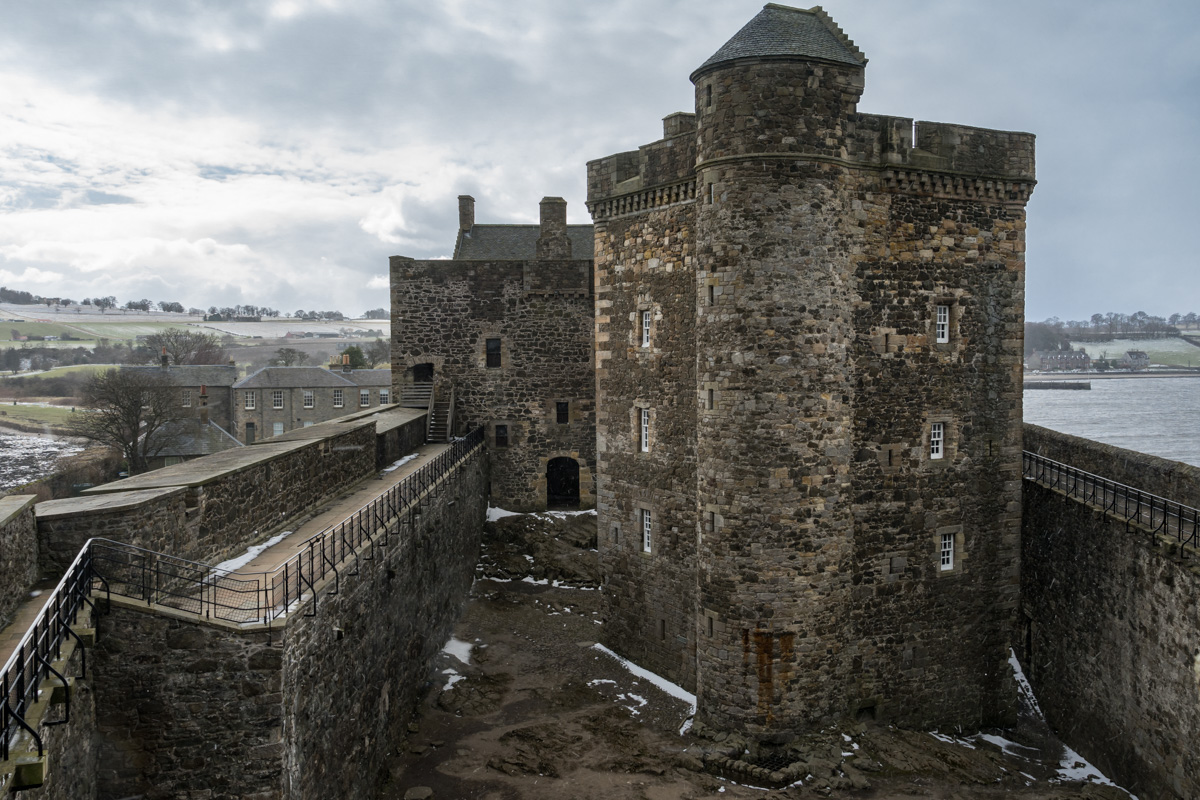 The castle interiors are almost entirely bereft of any furnishings or decoration, but there plenty of historical context provided in every room, which makes the visit here all the more educational. 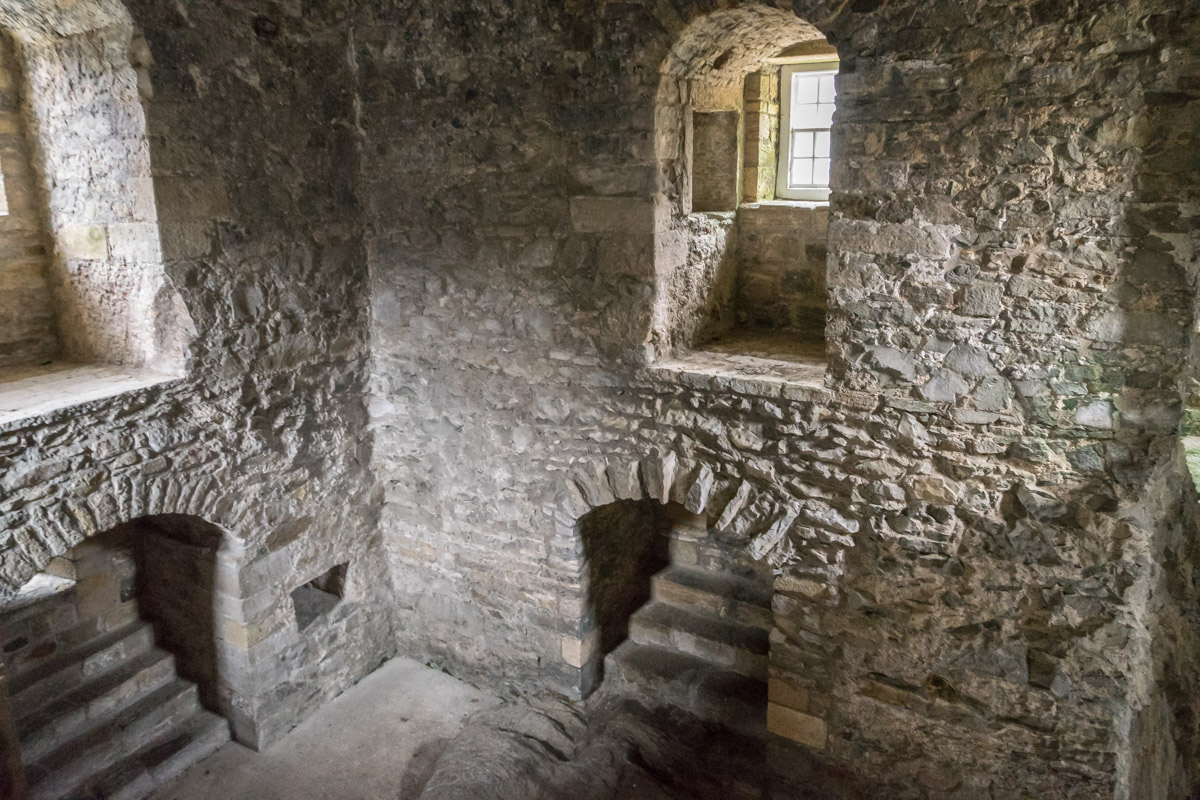 The coast at Blackness.

Enlarge that picture and look closely – you will see driving snow streaks. Our last couple of days in Scotland were underscored by sudden flurries that lasted a few minutes and alternated with relatively pleasant skies.

From the ramparts of Blackness castle, there is a distant view of the Forth crossings. In this perspective, the nearest is the Queensferry Crossing, followed by the Forth Road Bridge, and then by the distinct shapes of the railway Forth Bridge.

Our final visited location was an unplanned detour to the Pittenweem harbor, on the coast of Fife. Here, the rich palette of the fishing gear left on the pier immediately attracted the eye. 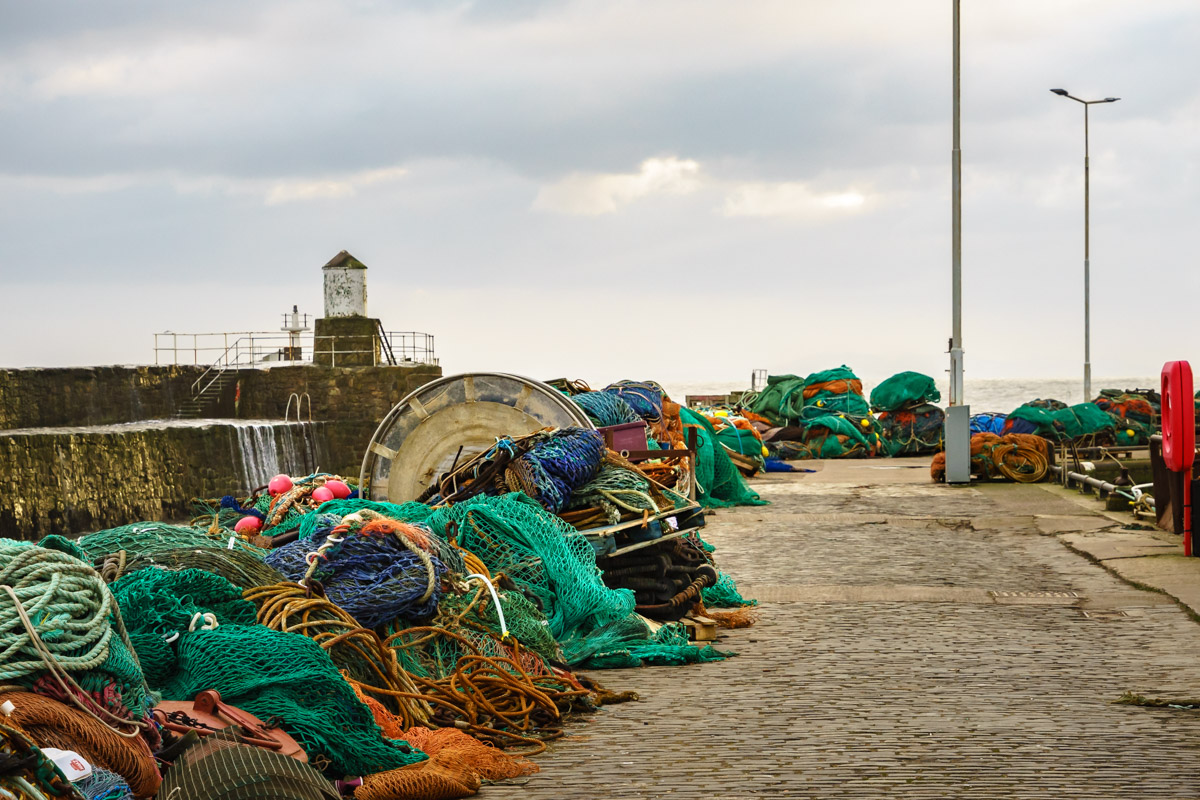 The boats in Pittenweem harbor. Surprisingly, the nearest two hail from Oban – which is situated on the west coast of the island of Great Britain. Pittenweem is on the east coast. 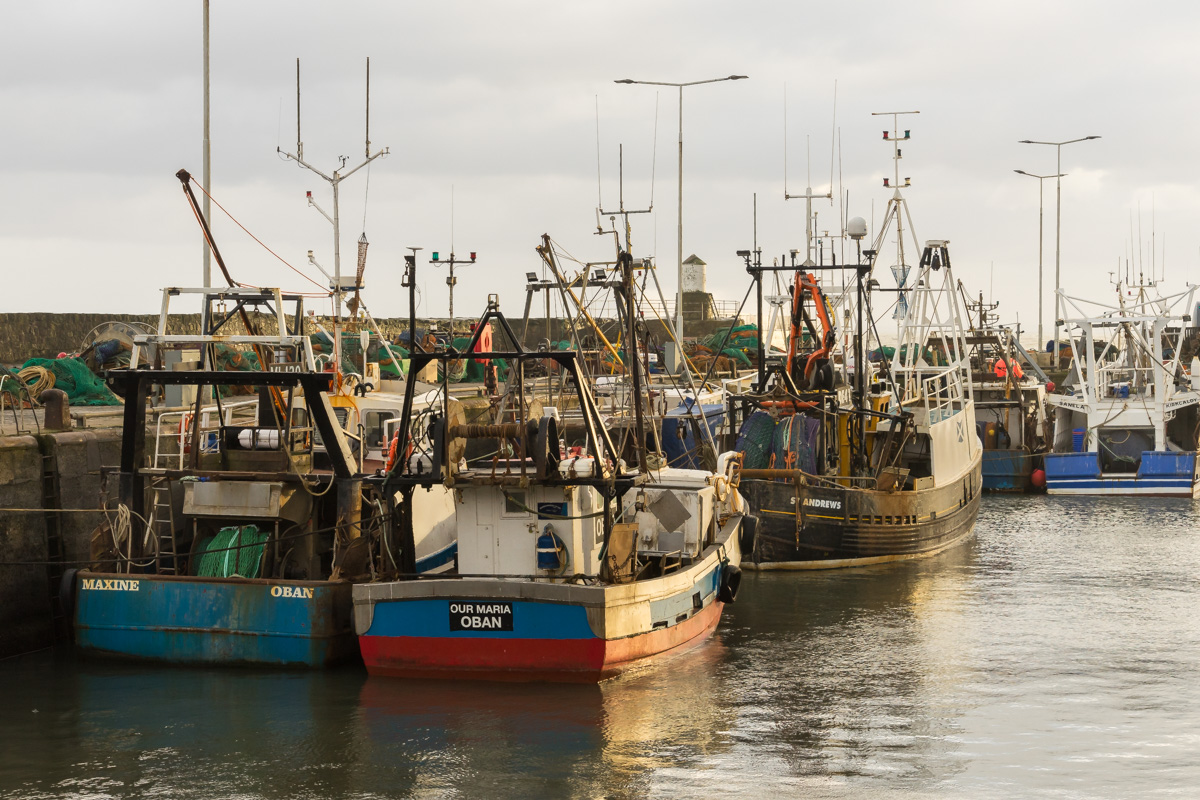 The houses along the harbor. 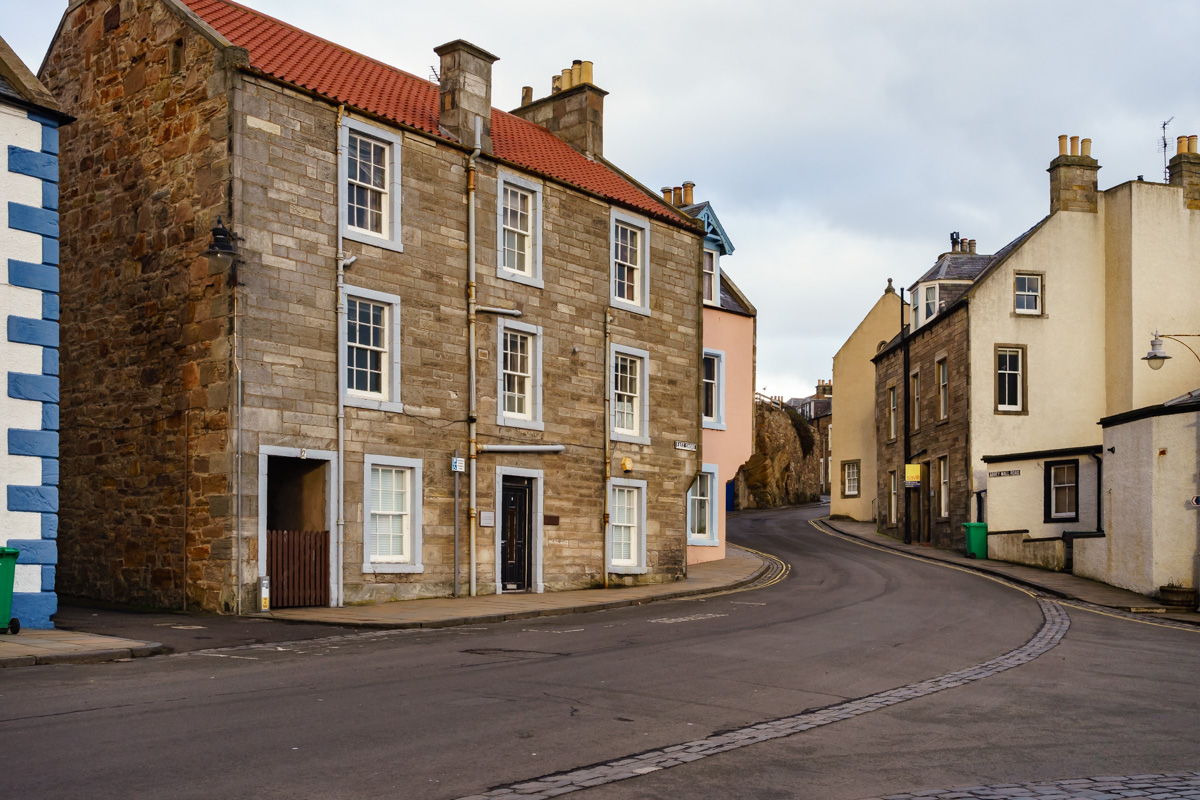 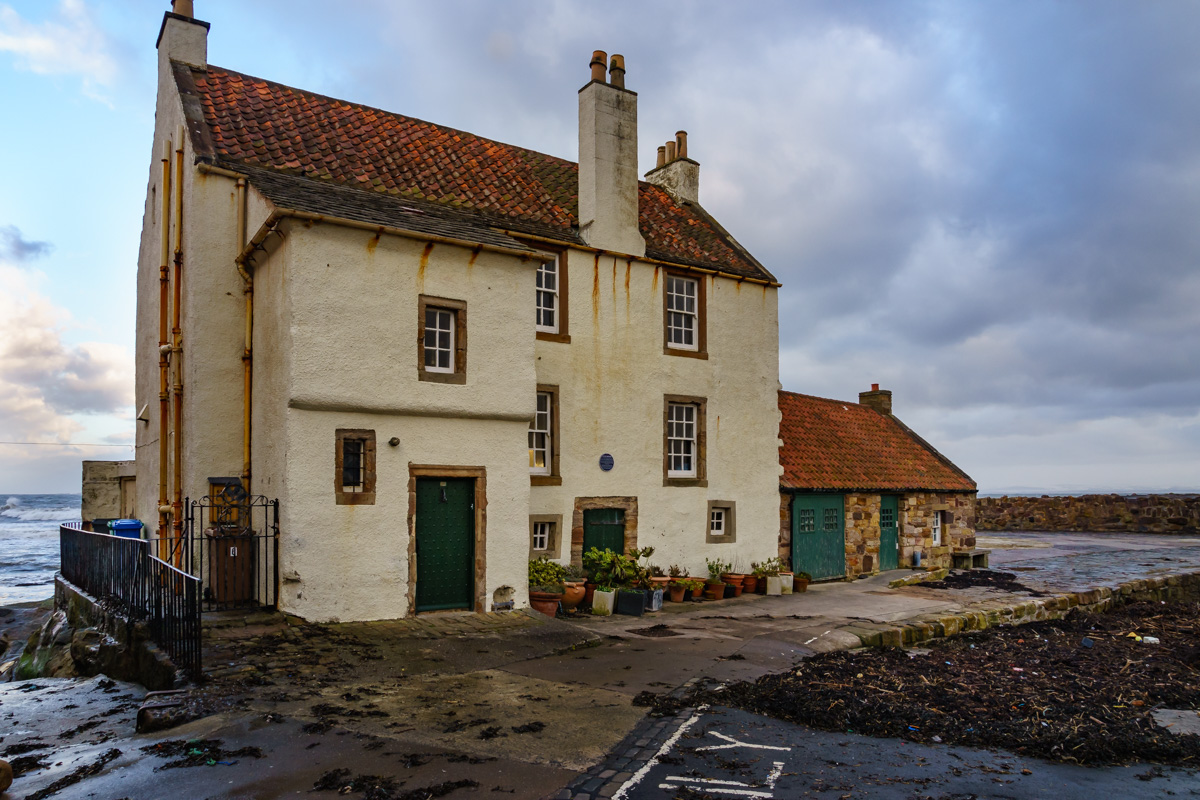 Another composition with the fishing gear. 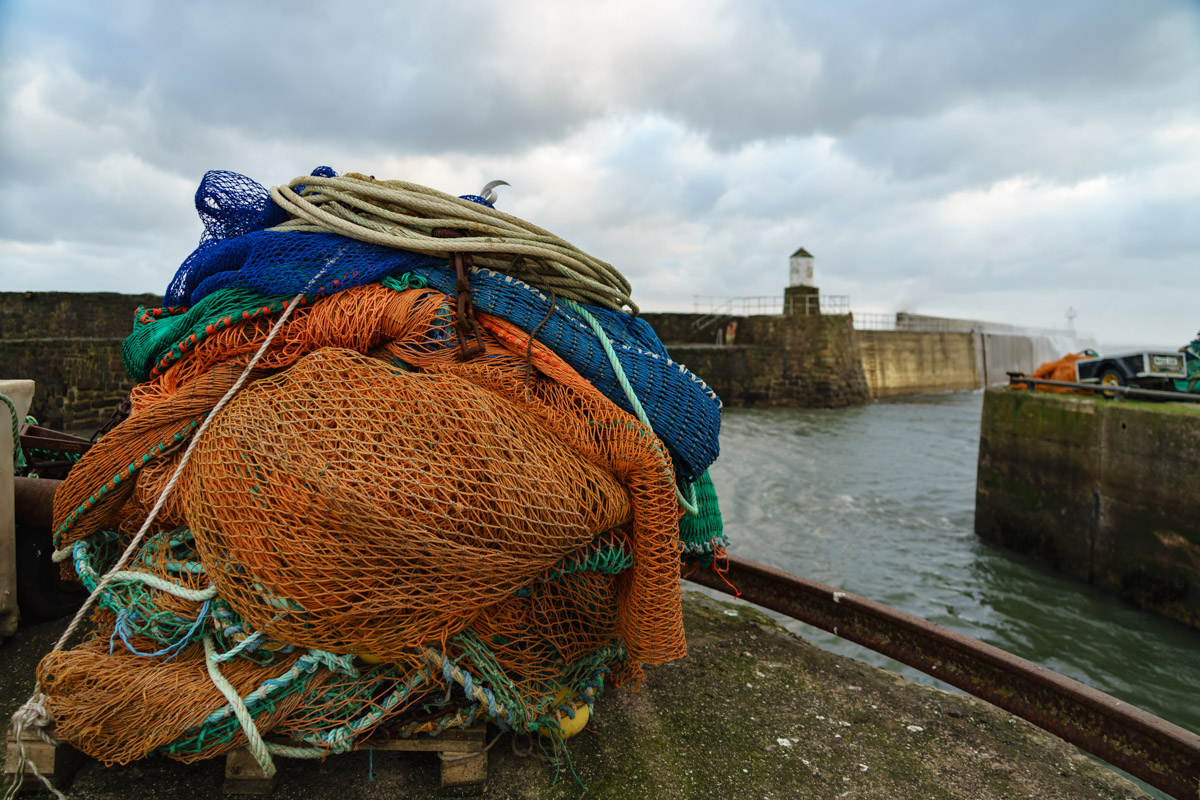 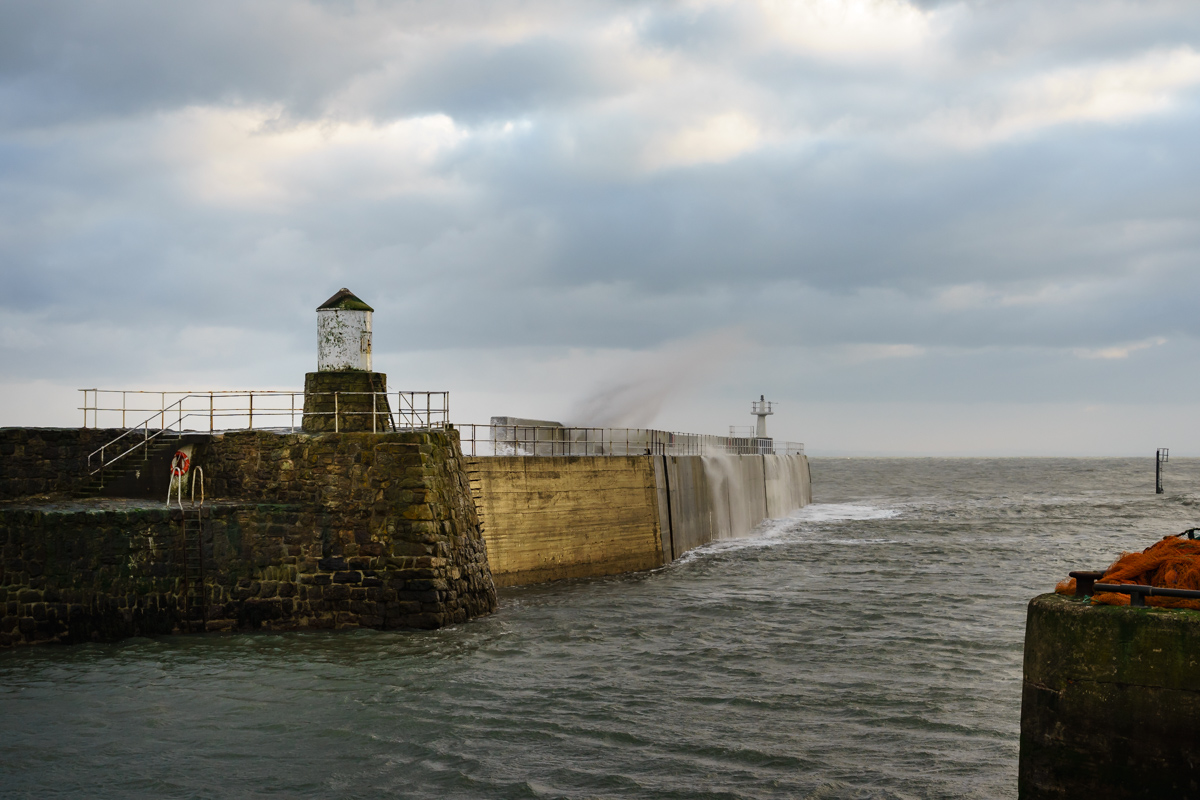 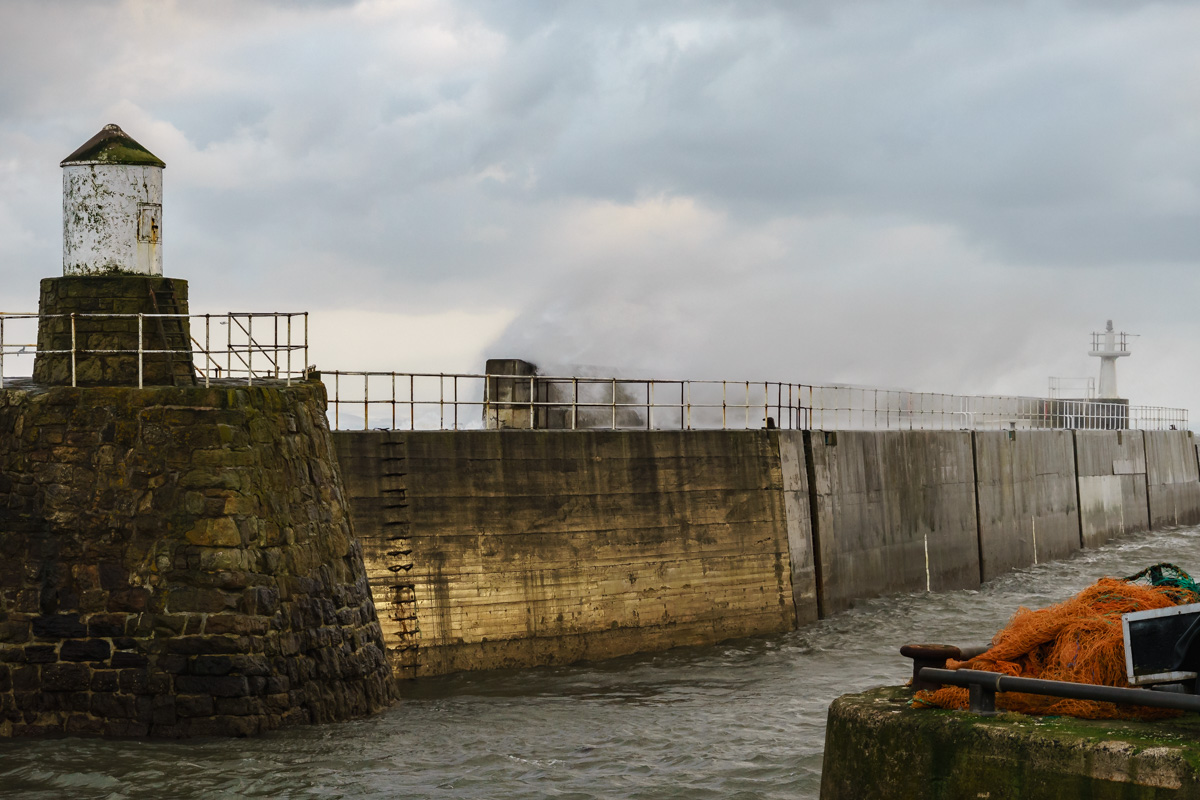 … which culminated in this geyser. 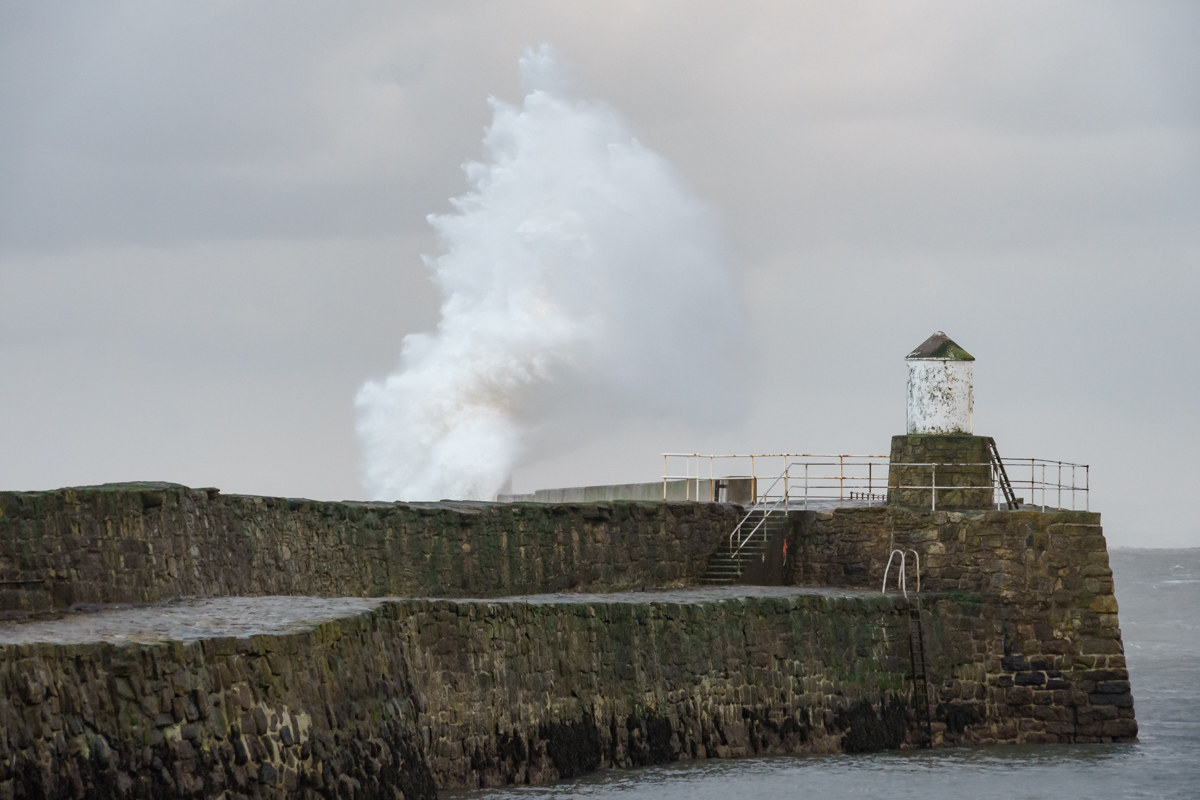 We still have plenty of distilleries in Scotland that we want to visit in the future. That means other picturesque locales as well, no doubt.