A day set aside for exploring Edinburgh offered me a chance to see sights that I did not manage to see three years ago, and just to walk around town. On-and-off wet snowfall conspired to make the walk challenging, but I can nonetheless share a few highlights captured in between flurries.

Here is the wide perspective on the Old Town from Regent Road at the foot of Calton Hill. Edinburgh Waverley train station, which occupies the crevice between two parts of the city, is in the foreground on the right. 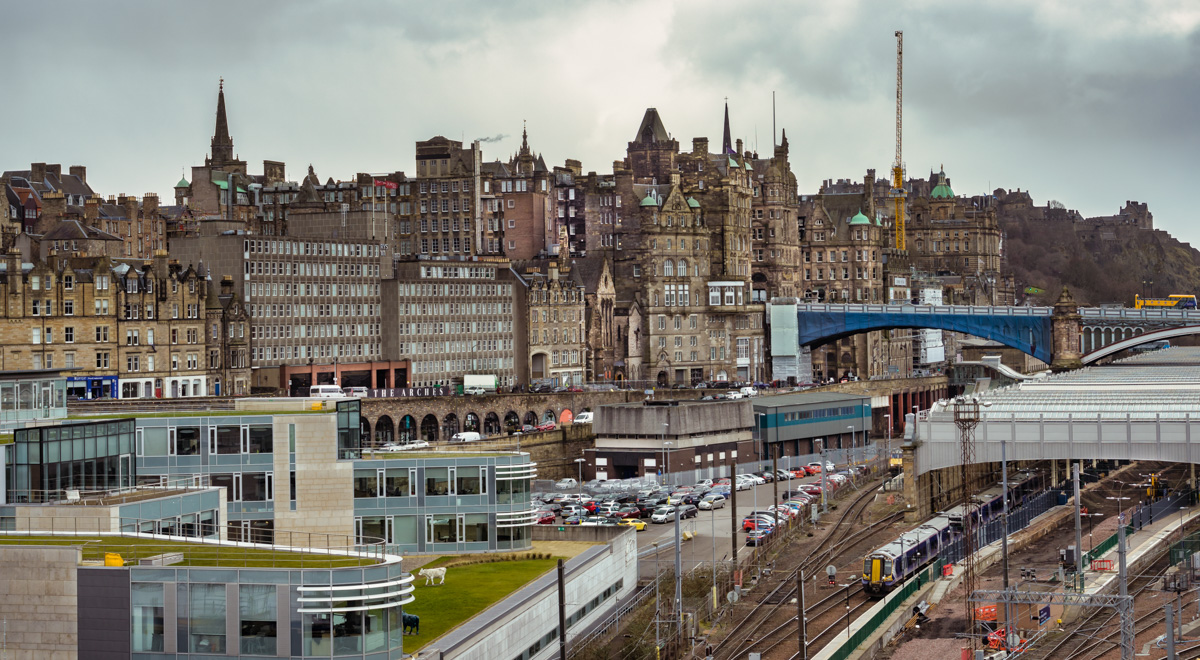 A closer perspective to the Edinburgh Castle in the background, from the Waverley Mall area. The towers on the left are those of the Assembly Hall of the Church of Scotland. 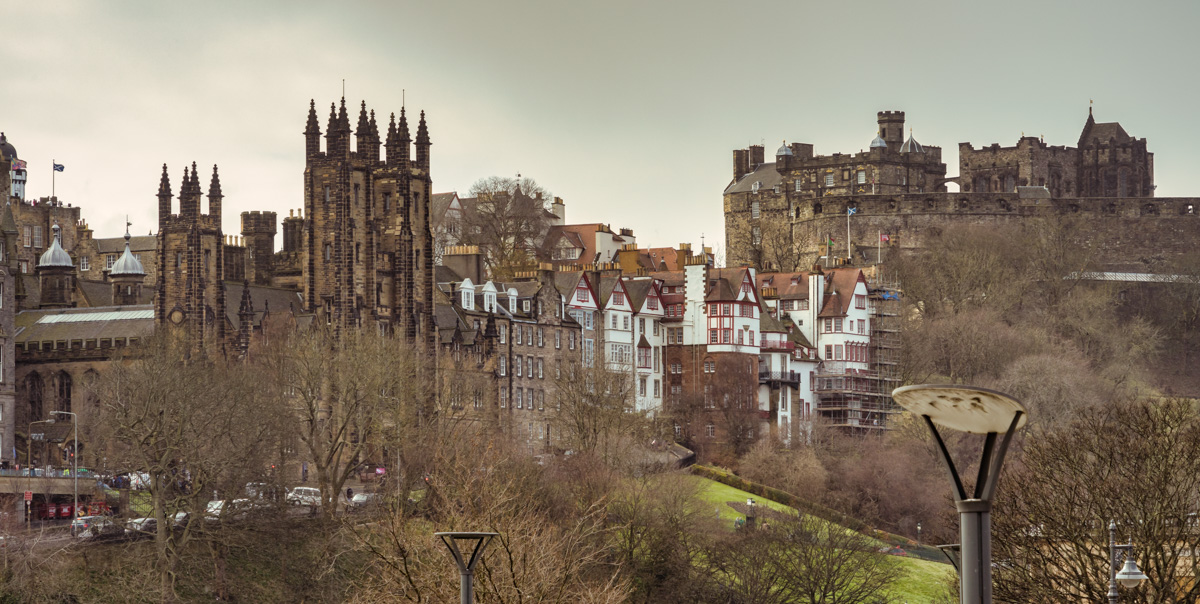 Yet another perspective, this one from Princes Street, taking in the Scottish National Gallery building below the Assembly Hall and the spire of “The Hub”, a church-like event venue. 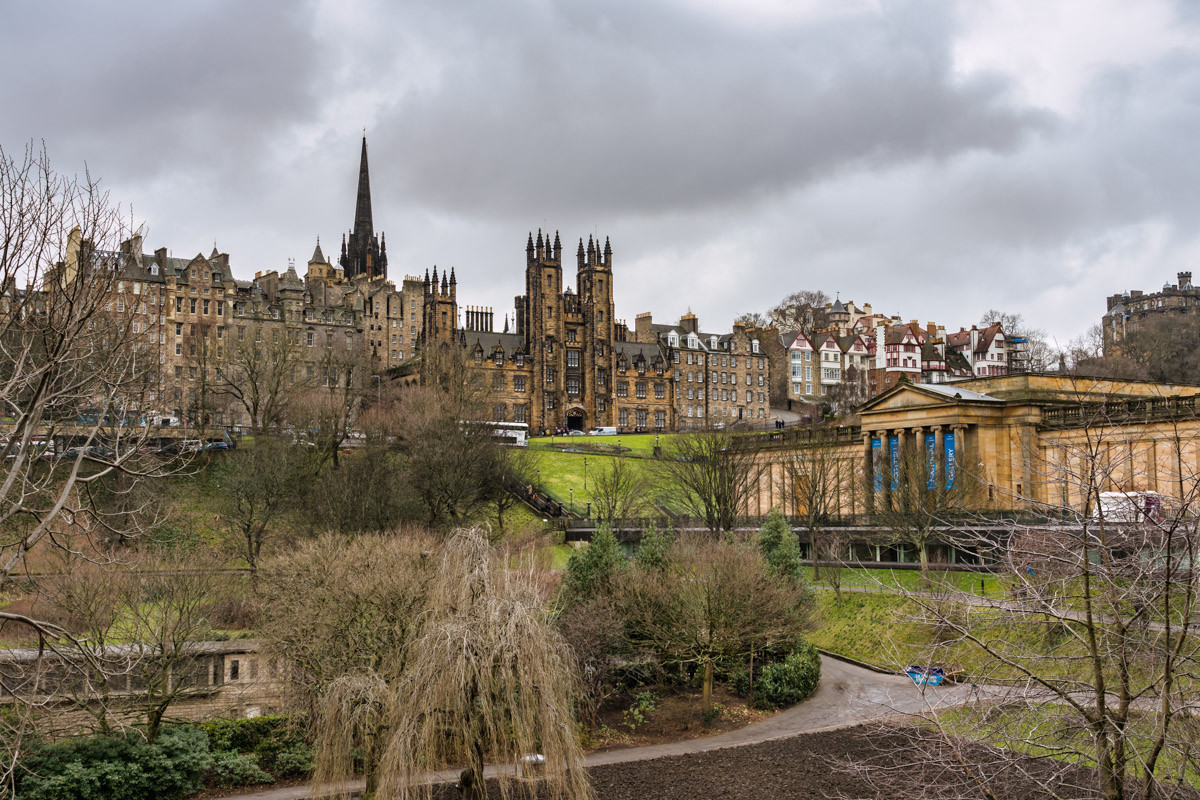 The New Town of Edinburgh is geometrically pleasing and full of agreeable architecture. Yet, somehow, all of my best pictures taken there are towards the Old Town. This is the view of the Royal Scottish Academy with the same Assembly Hall and the Hub in the background. 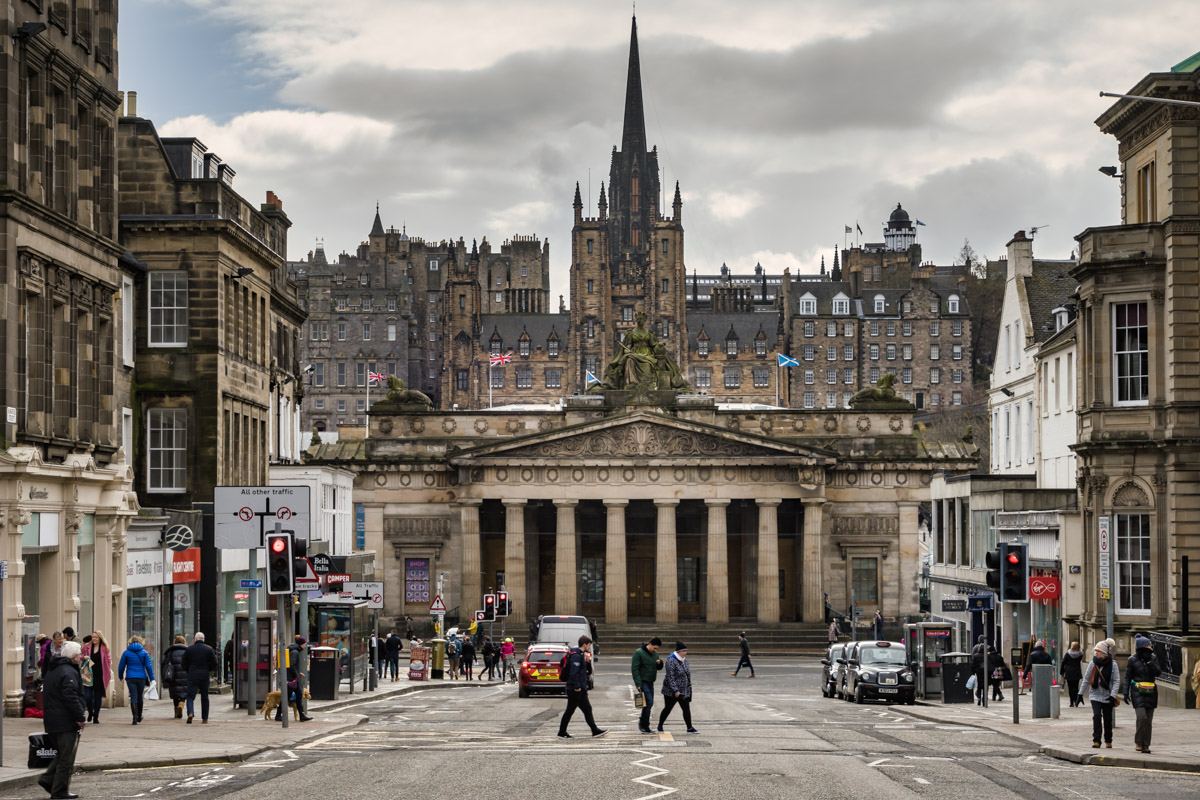 The Walter Scott monument proudly carries the distinction of being the largest monument to a writer in the world. The 14-year-old me would have probably agreed that the author of Ivanhoe and Rob Roy thoroughly deserves the accolades. 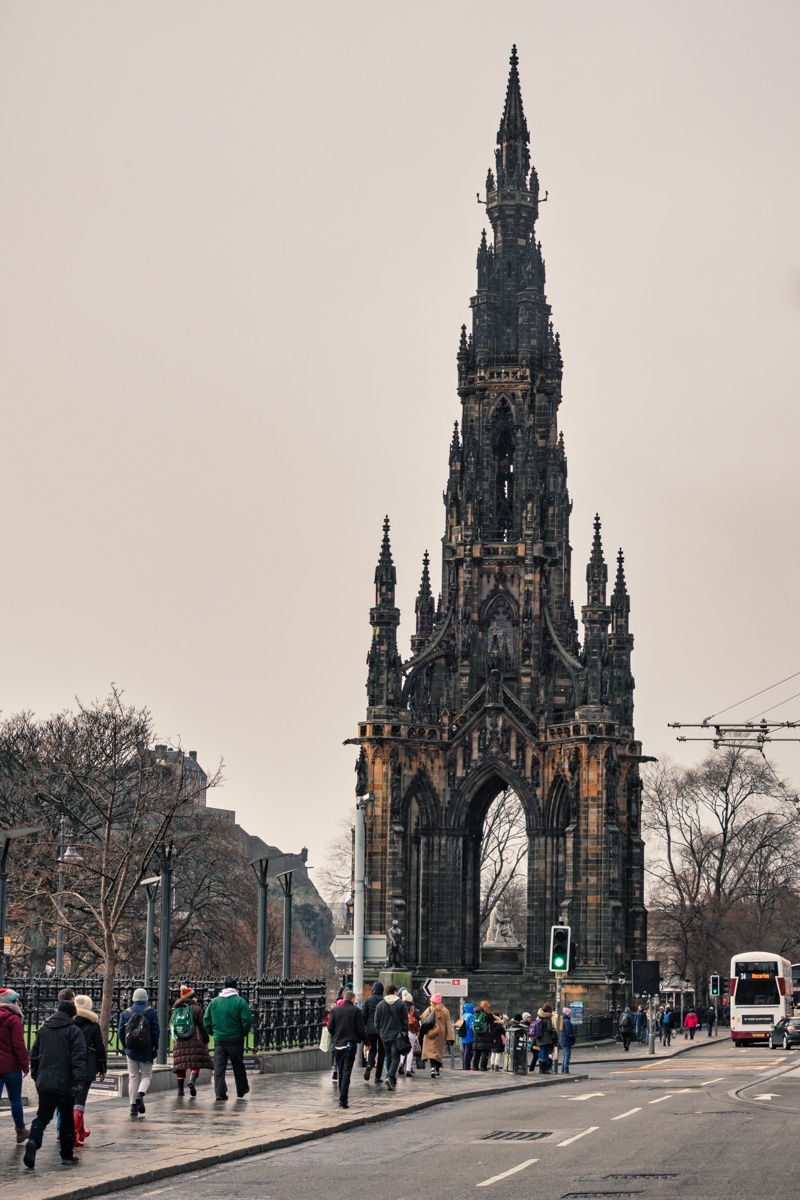 The writer himself seems somewhat unimpressed. Or, maybe, it’s the weather… 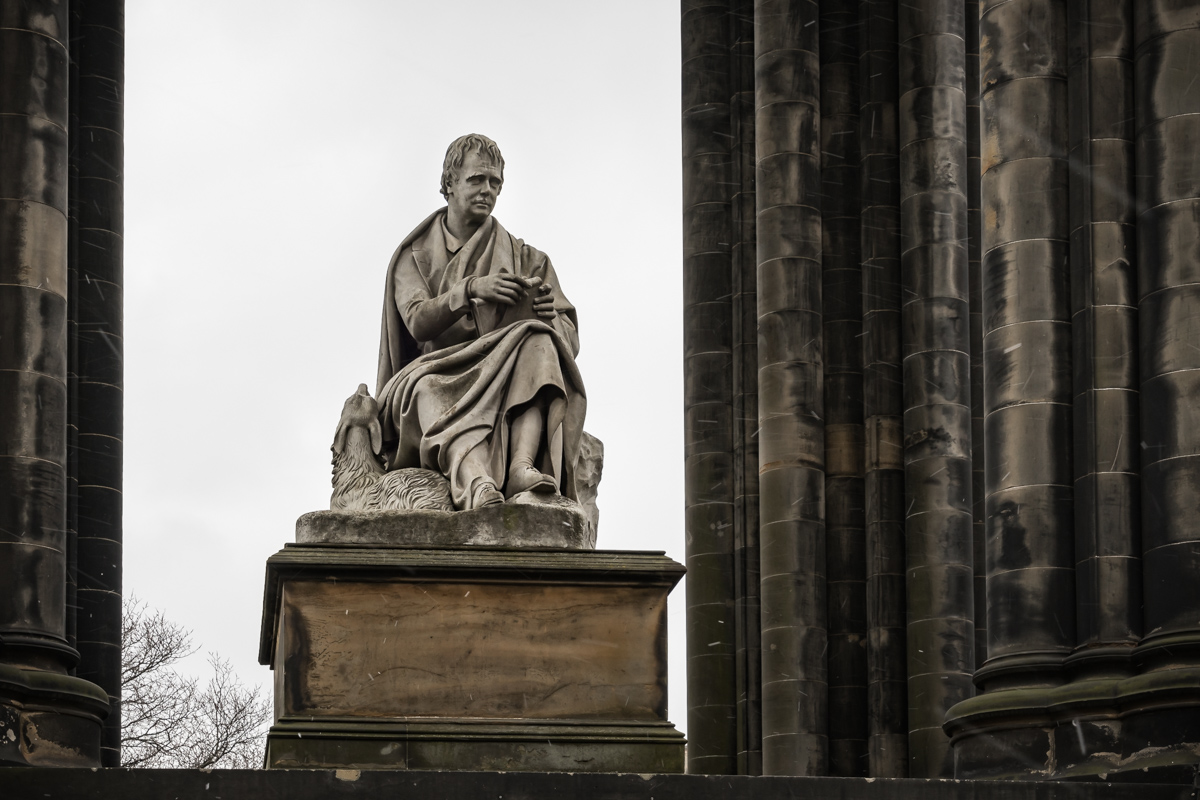 Another imposing literary monument – to the national poet of Scotland, Robert Burns. 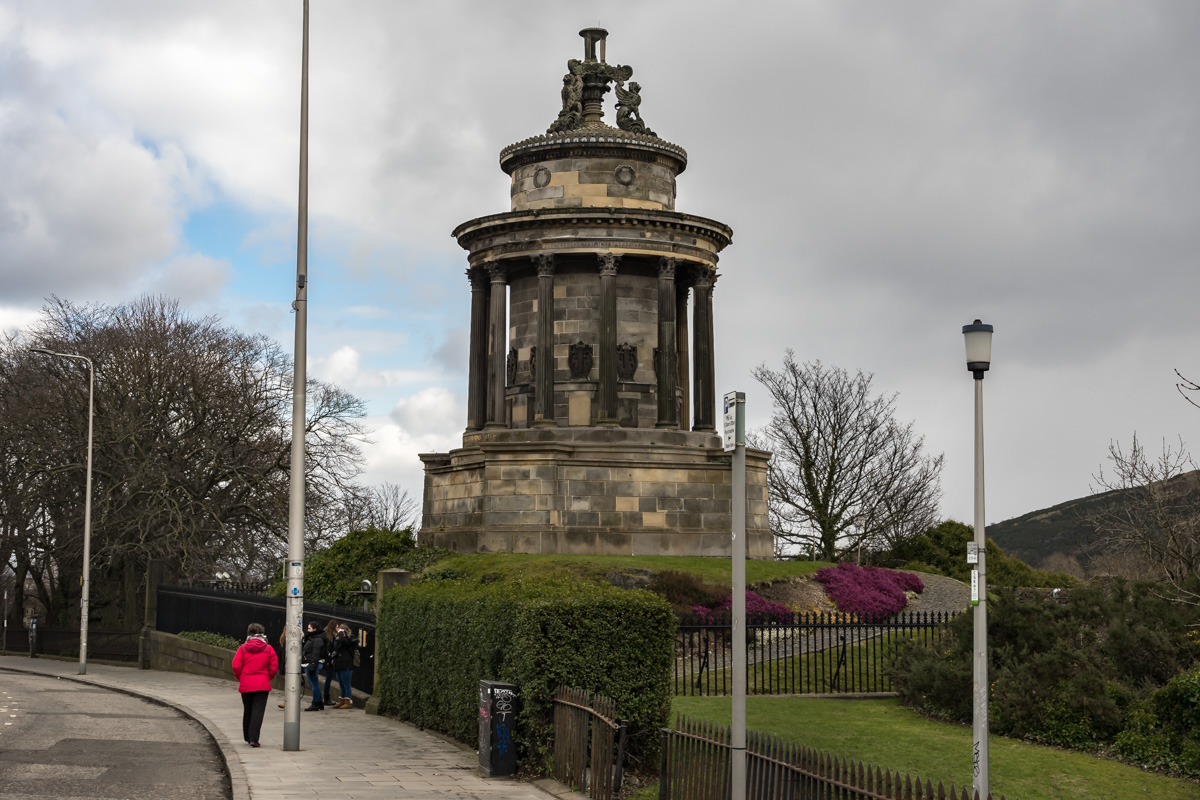 More for the rare blue skies than for anything else, here is another look towards the Hub, and the edge of the Castle Hill picturesque houses. 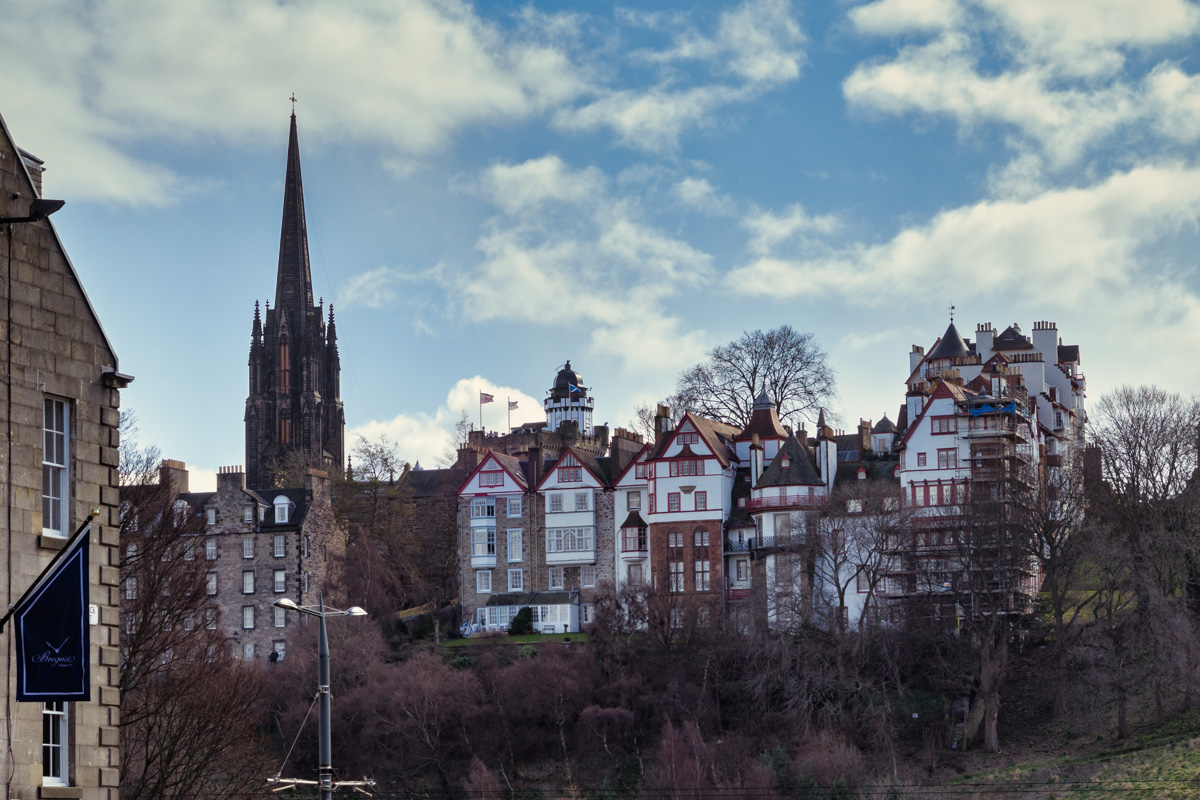 Another patch of blue skies revealed itself as we walked through the New Calton burial ground. 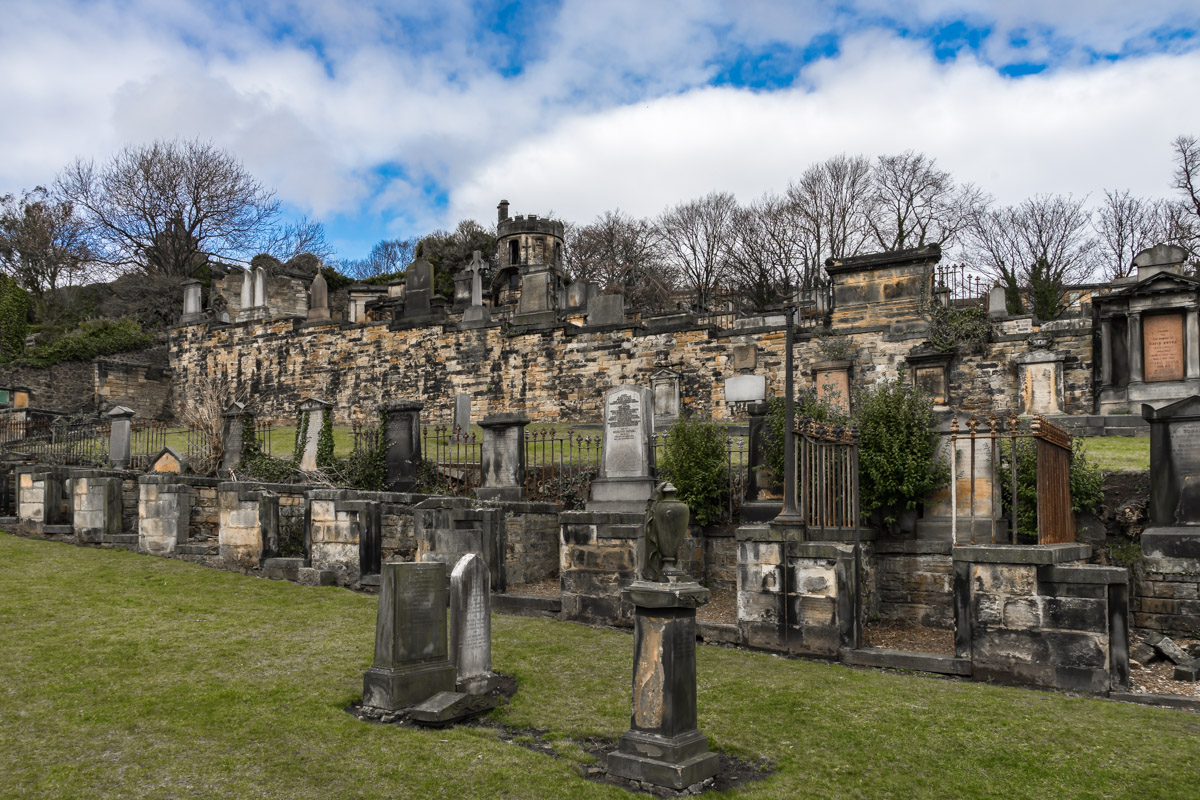 A couple of additional shots from the scenic cemetery. 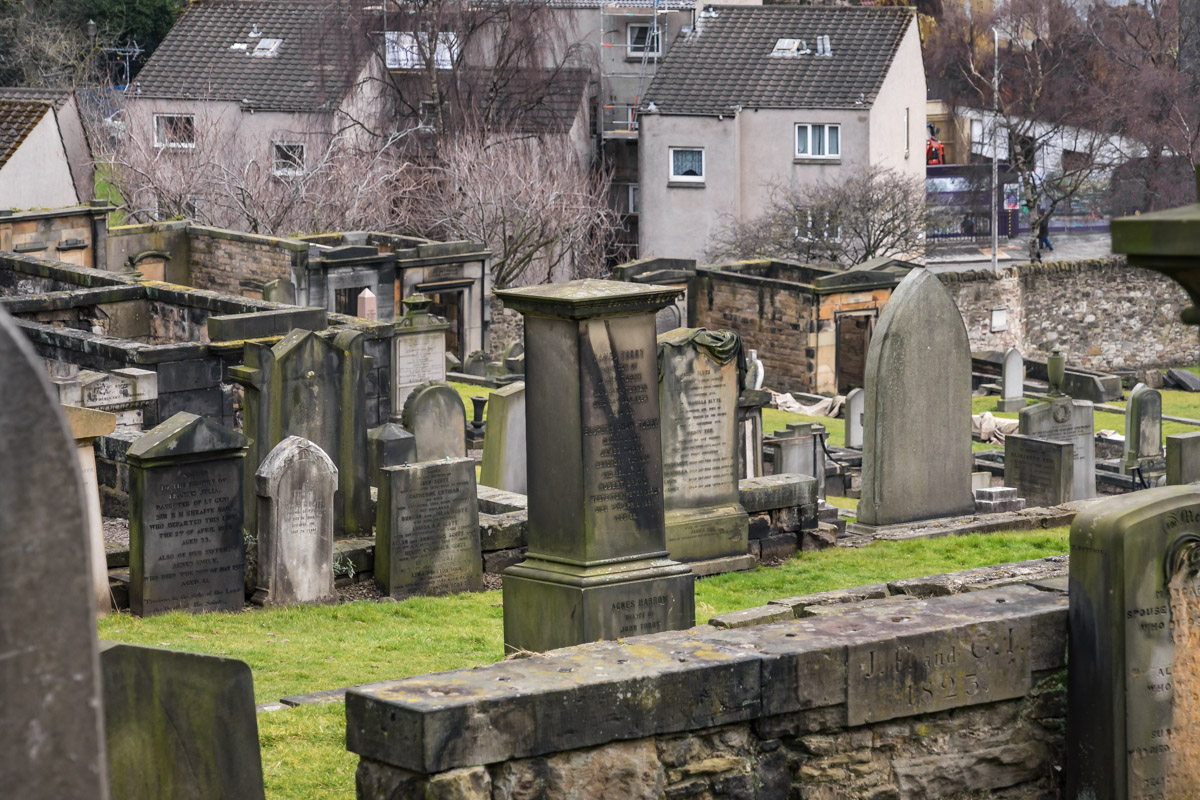 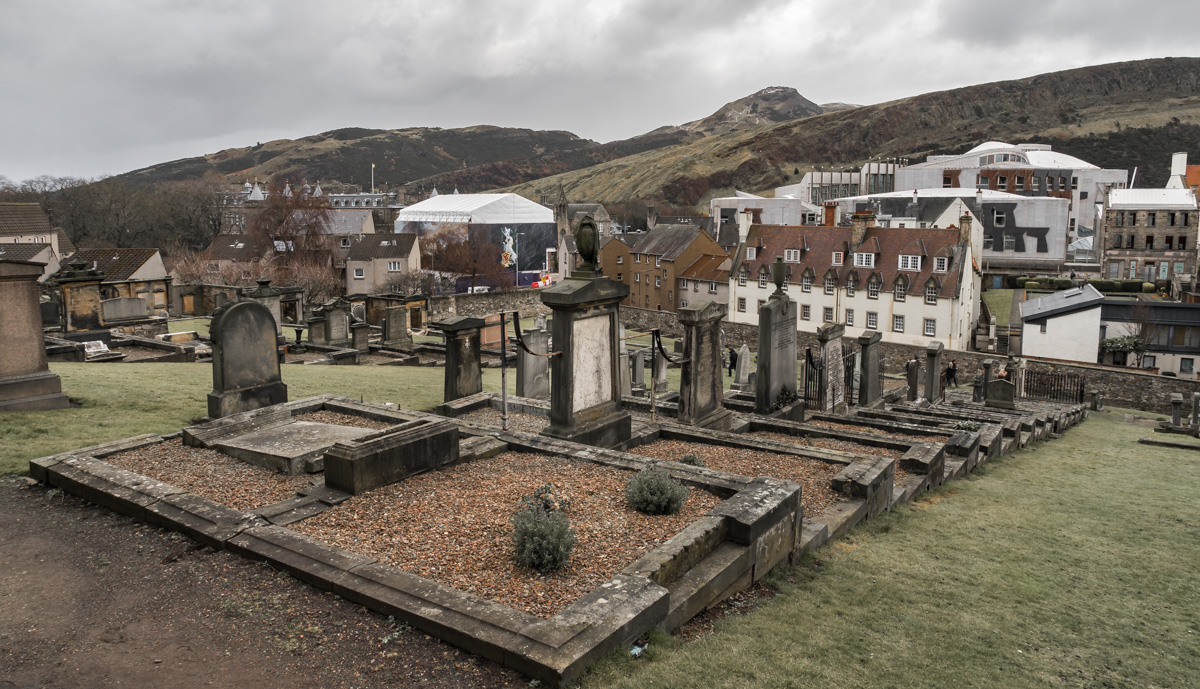 A closer look at the Holyroodhouse Palace. It was on my list of sights to visit in depth but was partially closed for renovation; despite the offer of an admission fee discount, we decided not to go in if we could only see a part of it. 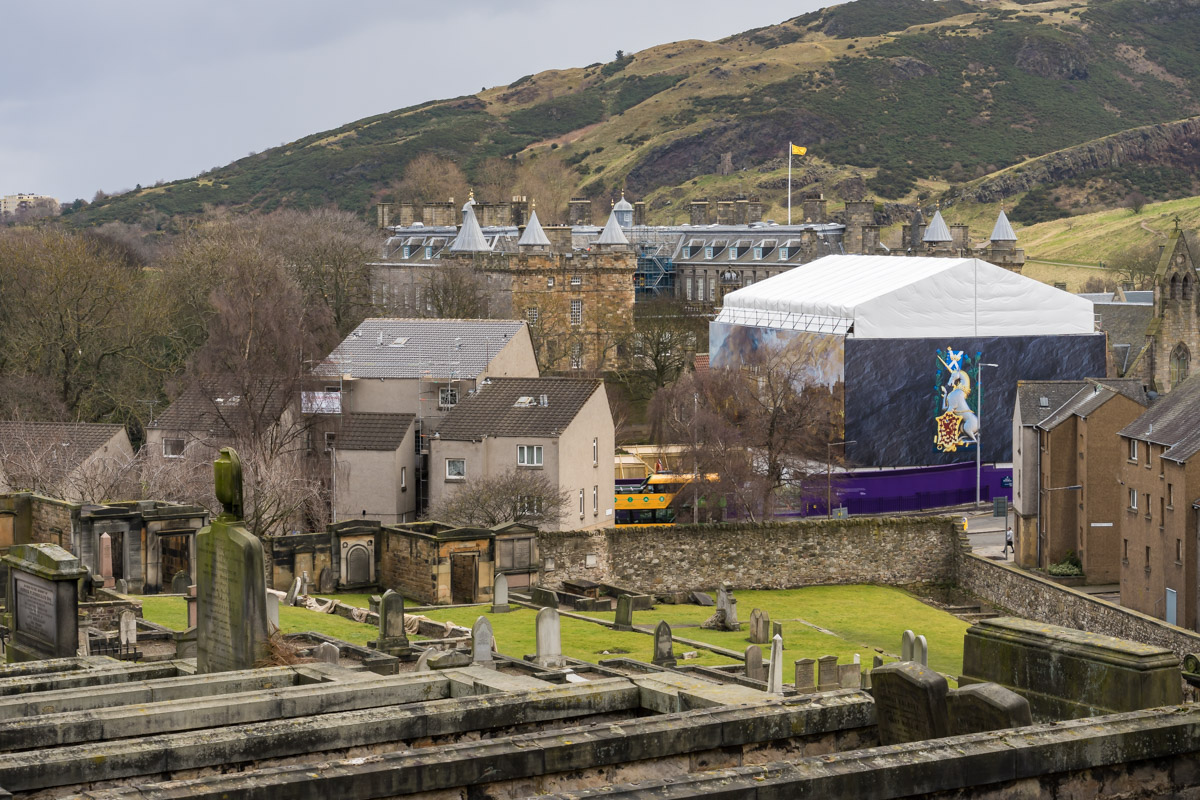 I managed to satisfy my fascination with cathedrals at St Giles. Safe from the elements, I paid the symbolic fee of £2 for the privilege of taking interior photography, and proceeded to capture the brilliant decorations and stained glass windows with abandon. Here is a small selection. 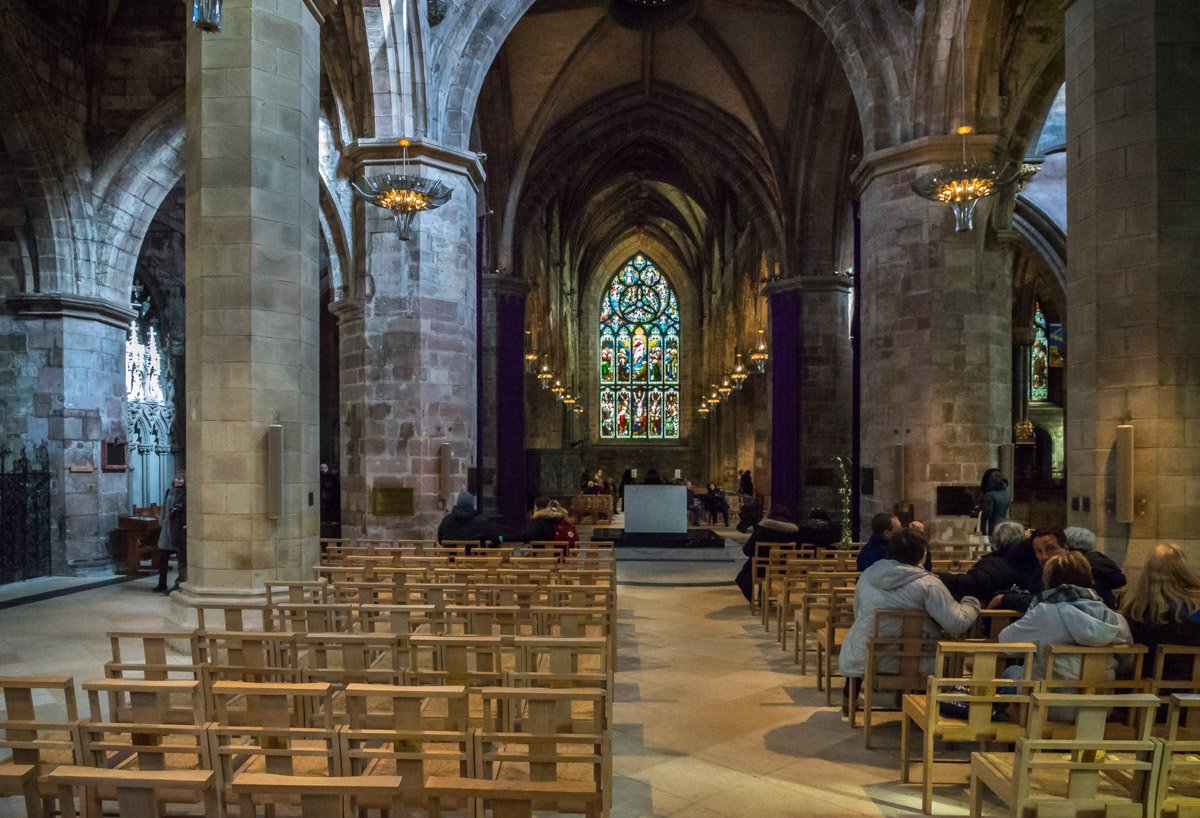 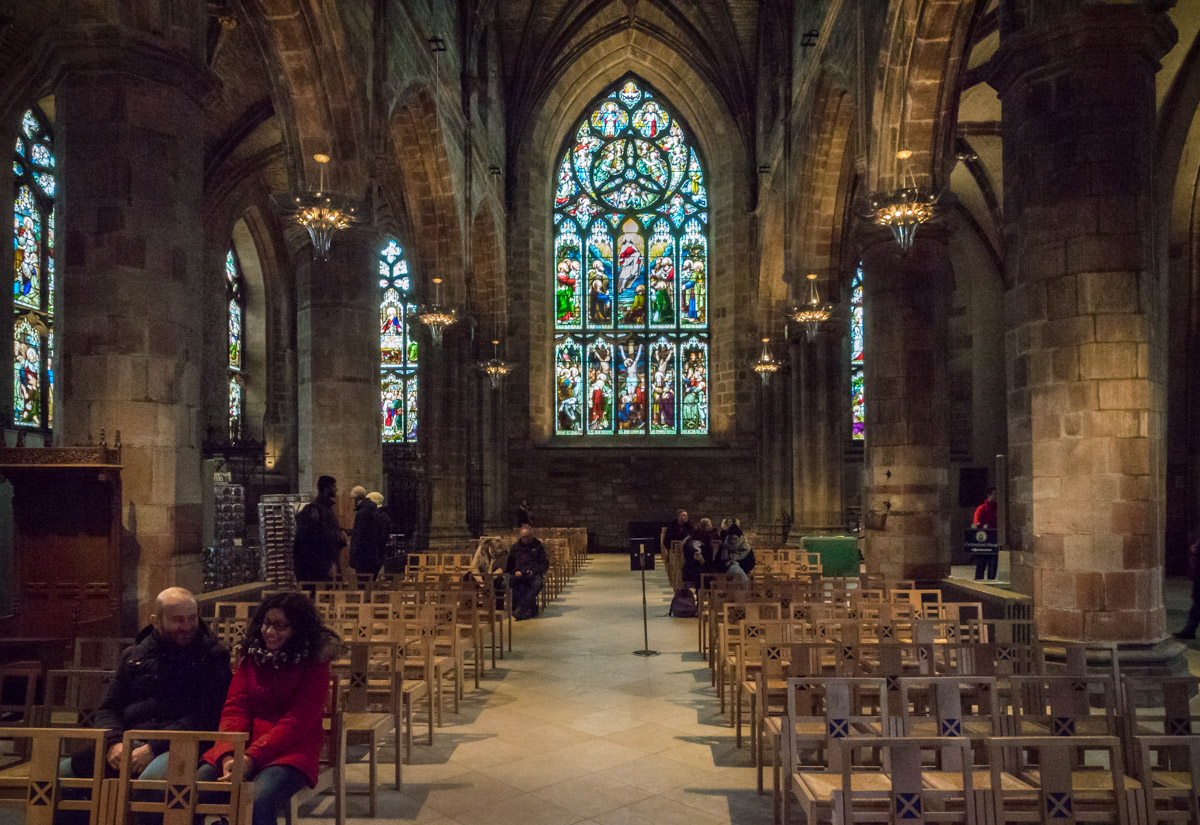 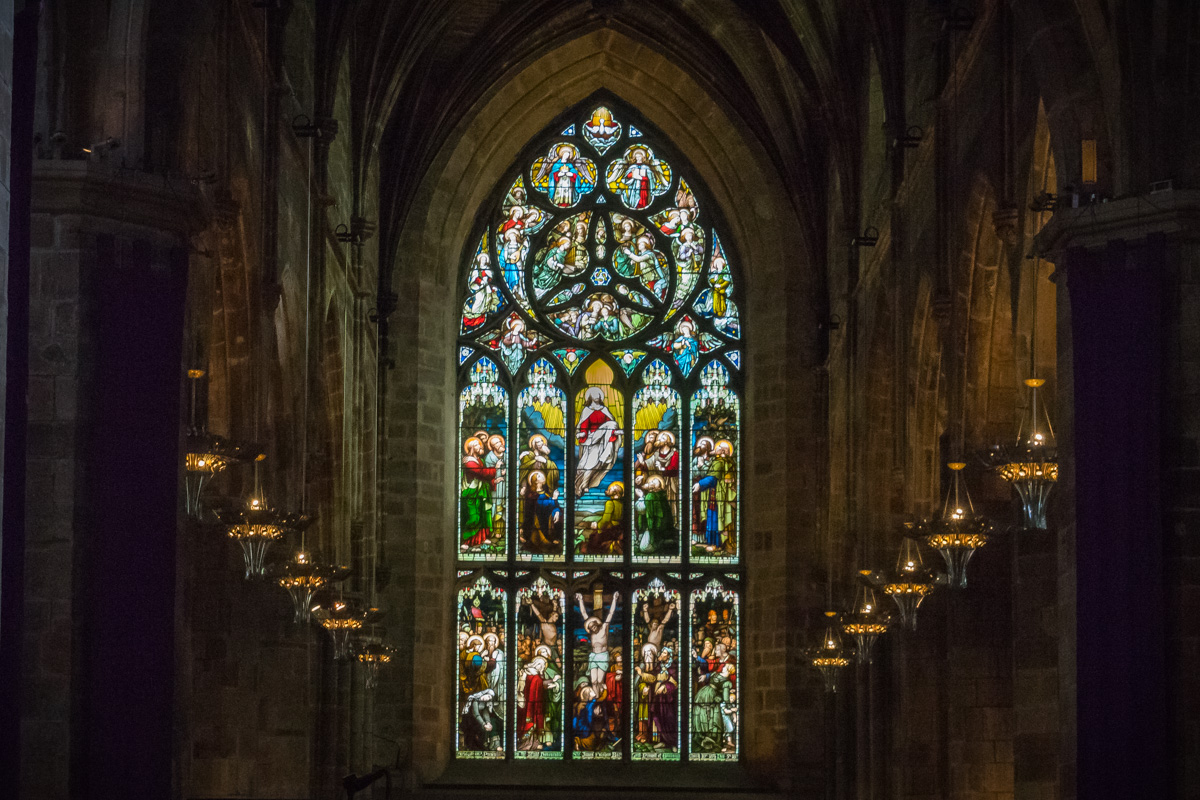 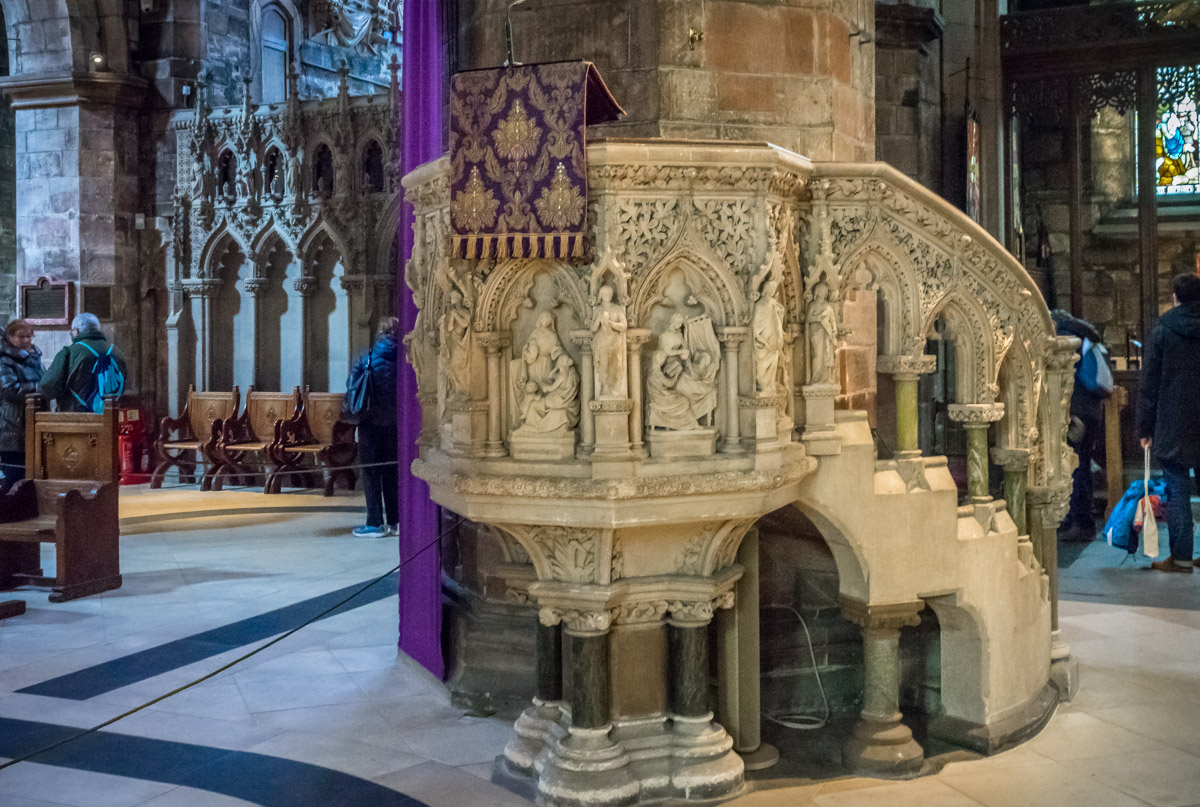 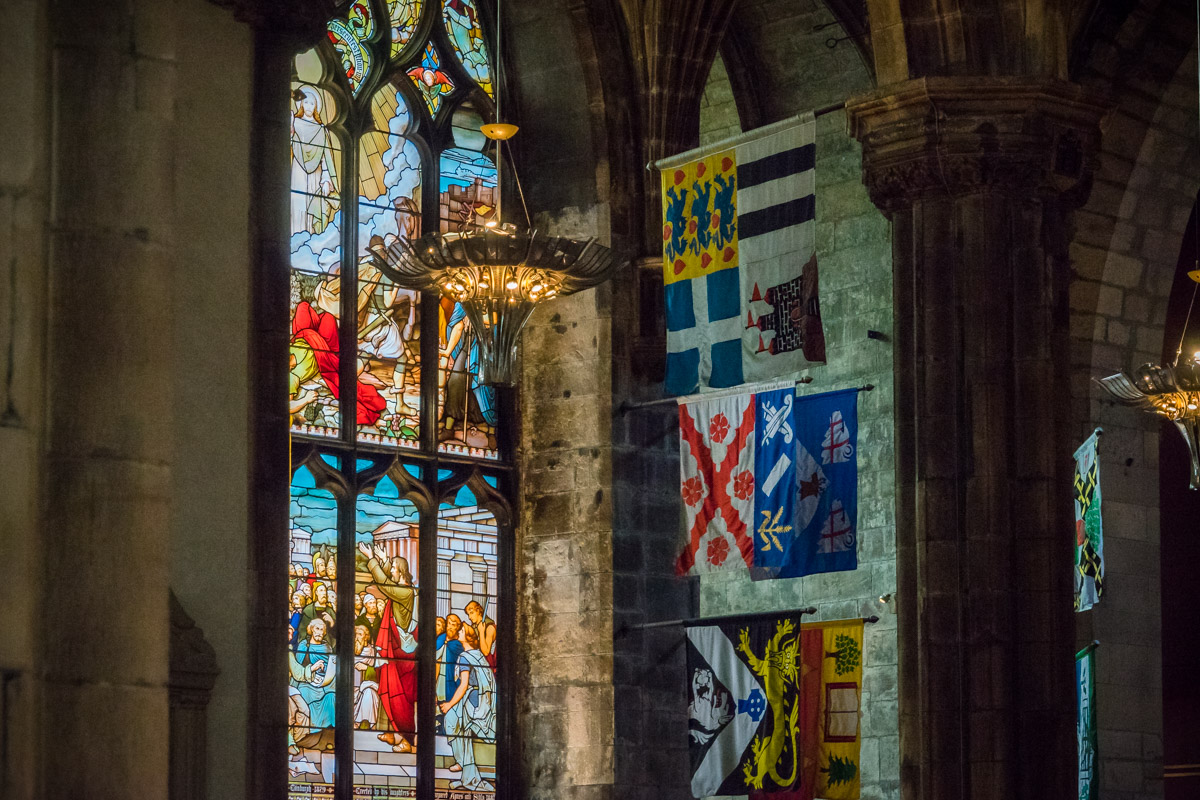 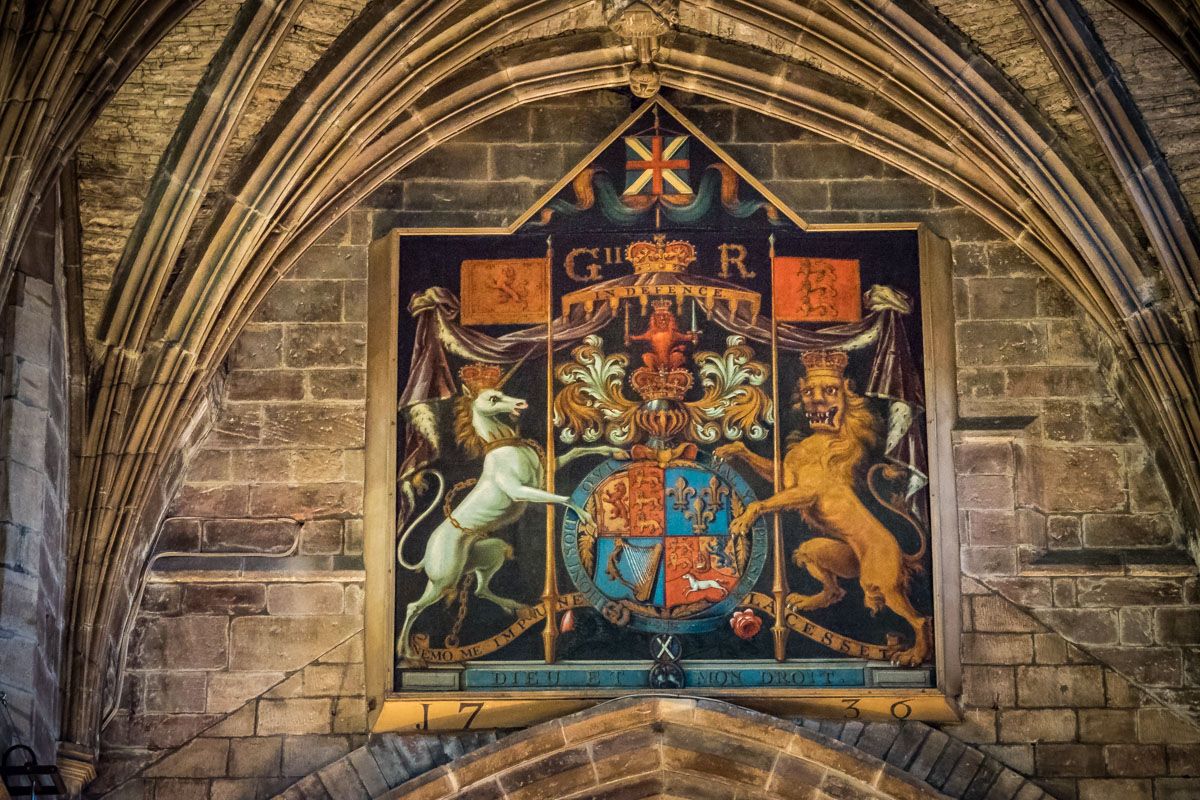 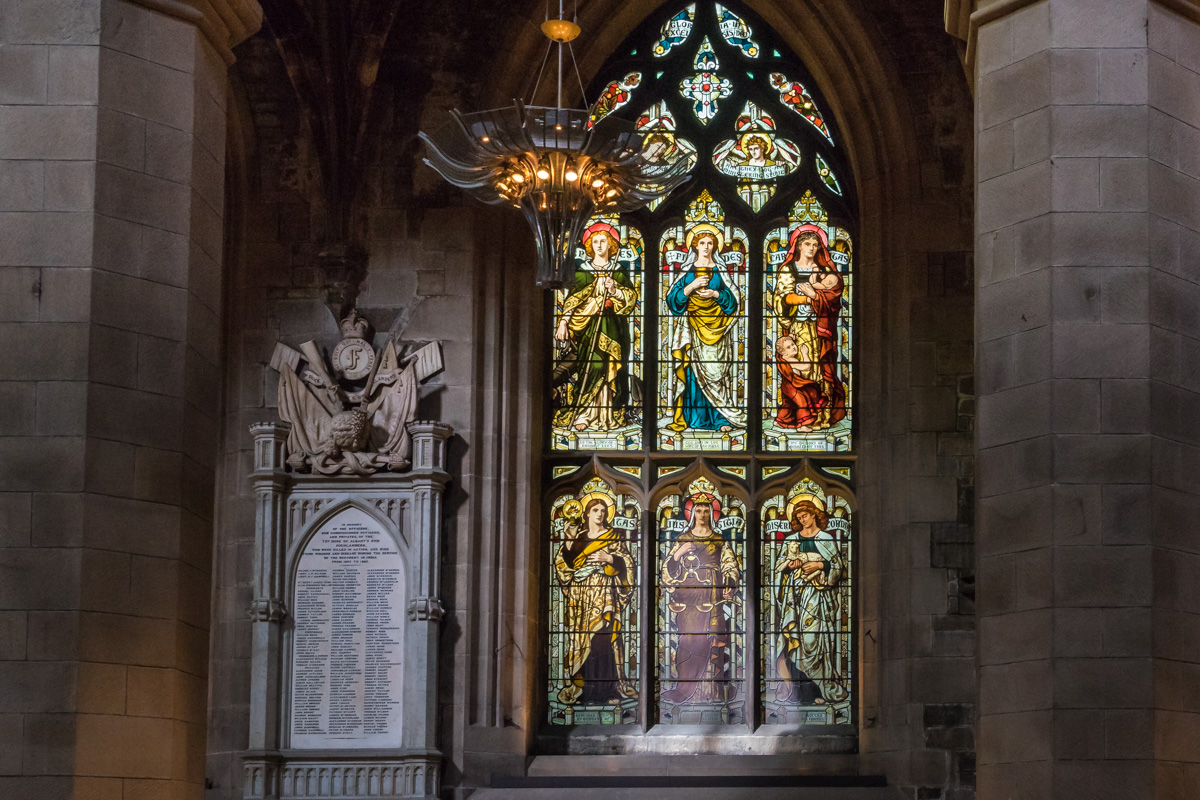 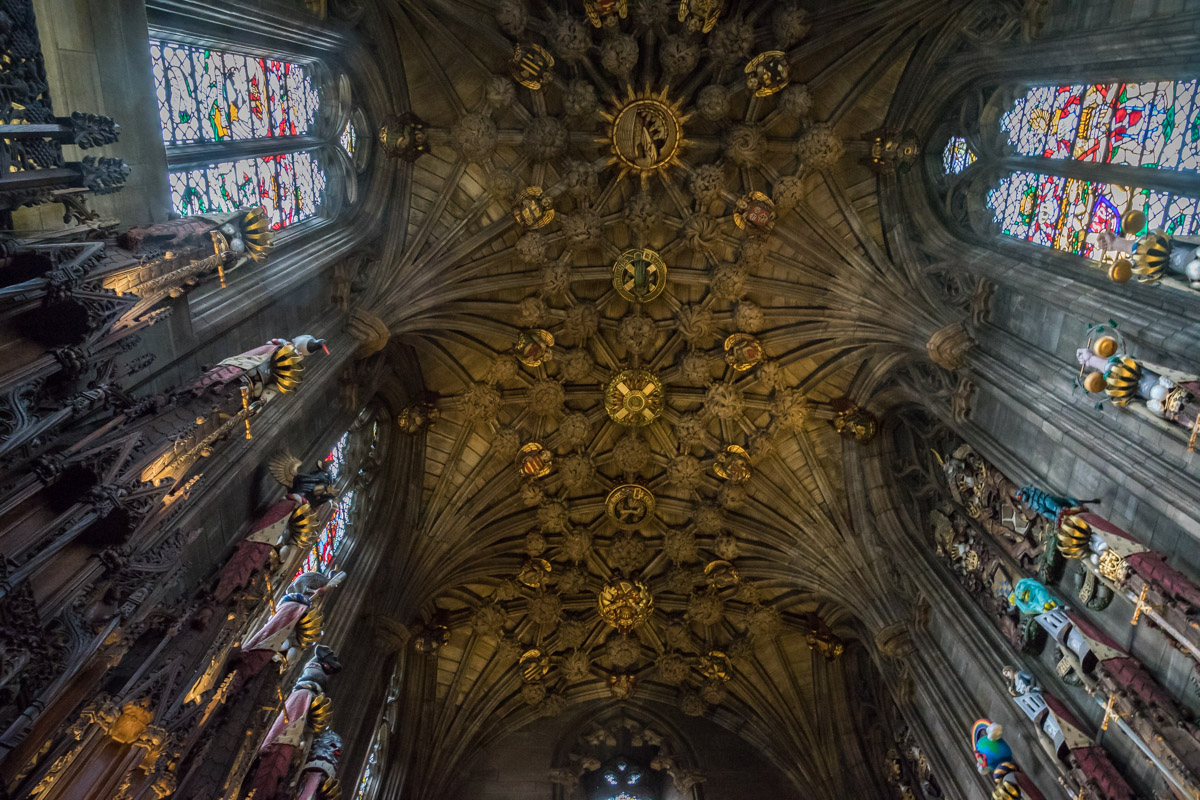 A single nighttime shot worth sharing is of the cathedral as well. 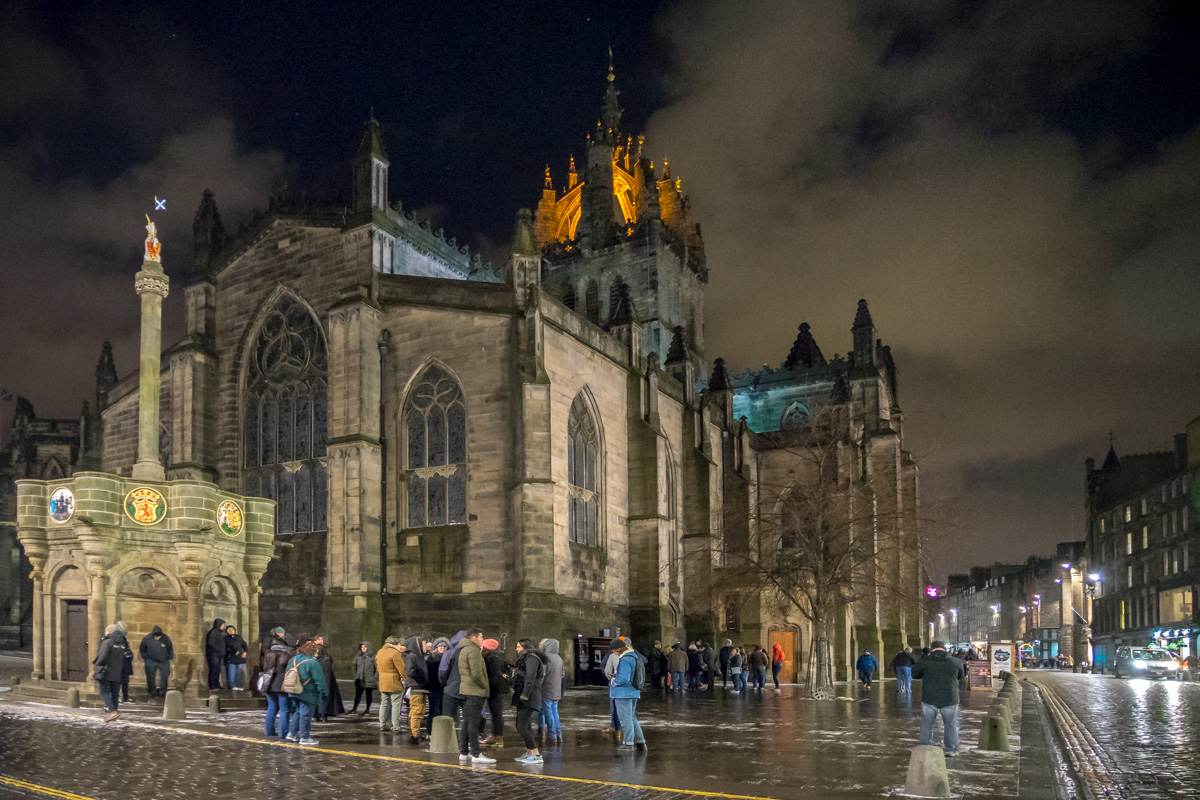 Great city, Edinburgh! I should consider visiting it in May rather than in March.