This past Sunday was a brilliant after-snow day begging for an outdoor activity. In my case, it meant finding a picturesque locale to test out a new camera that I had recently acquired. The historic town of Cranbury – which I inexplicably have never visited before even though my house is located within just half-an-hour drive from it – offered the requisite diversion.

Experimenting with camera settings in a walkabout fashion is hardly a recipe for getting good results, but a few pictured managed to pass my internal quality controls for being suitable for publishing, so here is an all-too-brief photo-essay.

The earliest documentary evidence of building construction in Cranbury puts the town’s age at 320 years. Situated at approximately the midway point between New York City and Philadelphia, it played host to a number of historic personages, and even served as George Washington’s headquarters during the planning for the Battle of Monmouth. Nowadays, Cranbury’s small downtown area is designated as a Historic District, full of buildings dating back to the 18th or 19th century.

Here is one of the oldest houses, whose medallion by the door dates its construction to “circa 1800”. 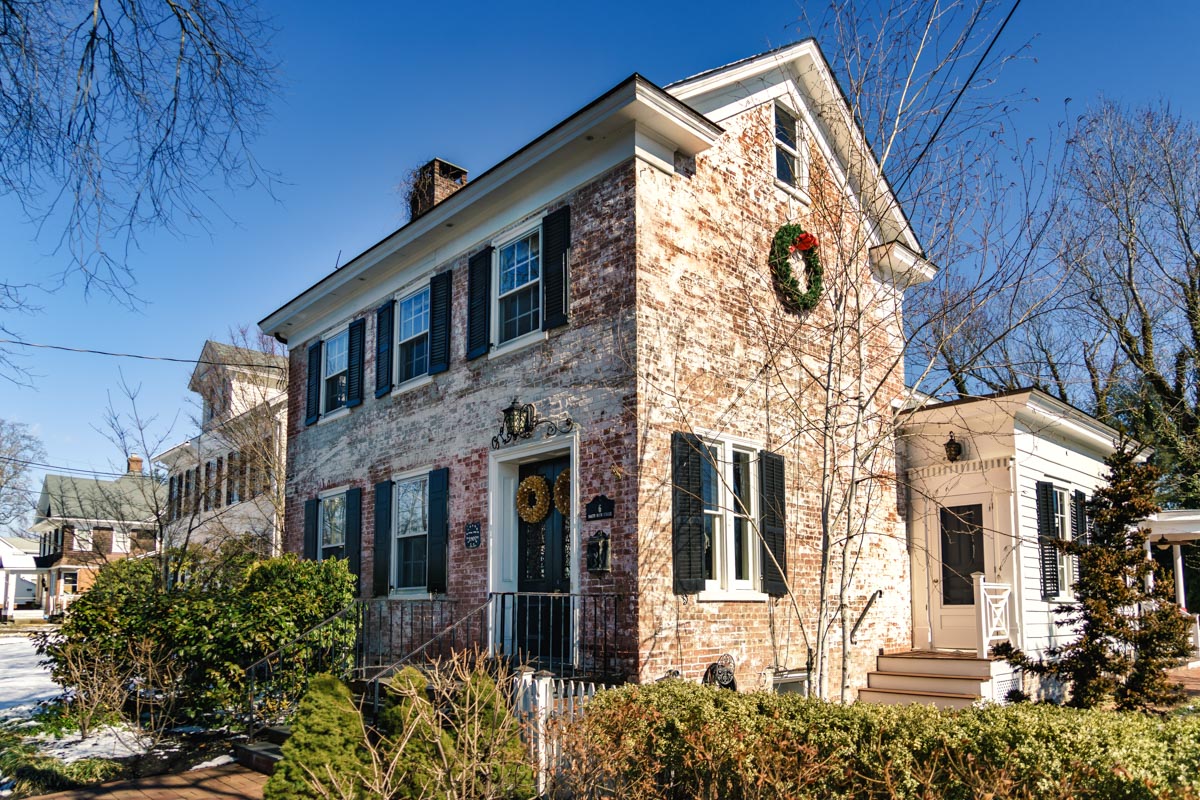 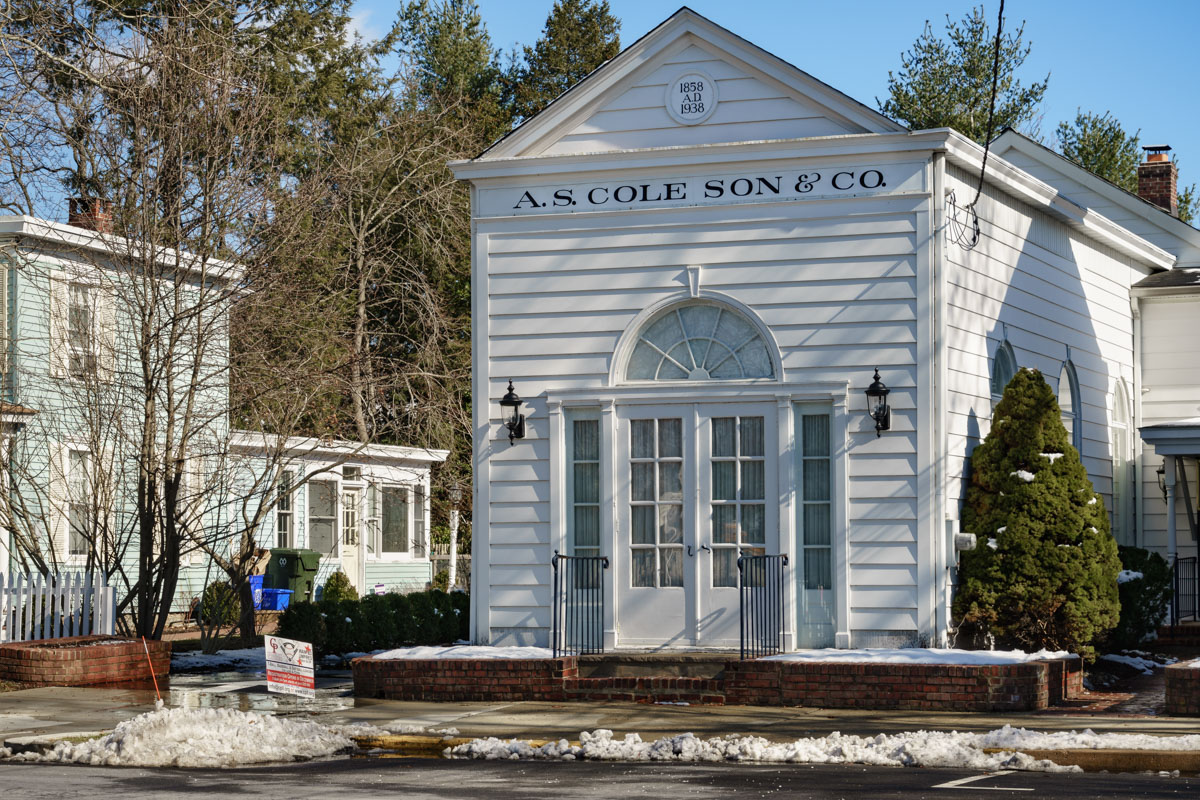 In the middle of the town is a small man-made lake, created when a dam was constructed in early 19th century to divert the Cranbury Brook in order to supply power for the local saw and gristmills. 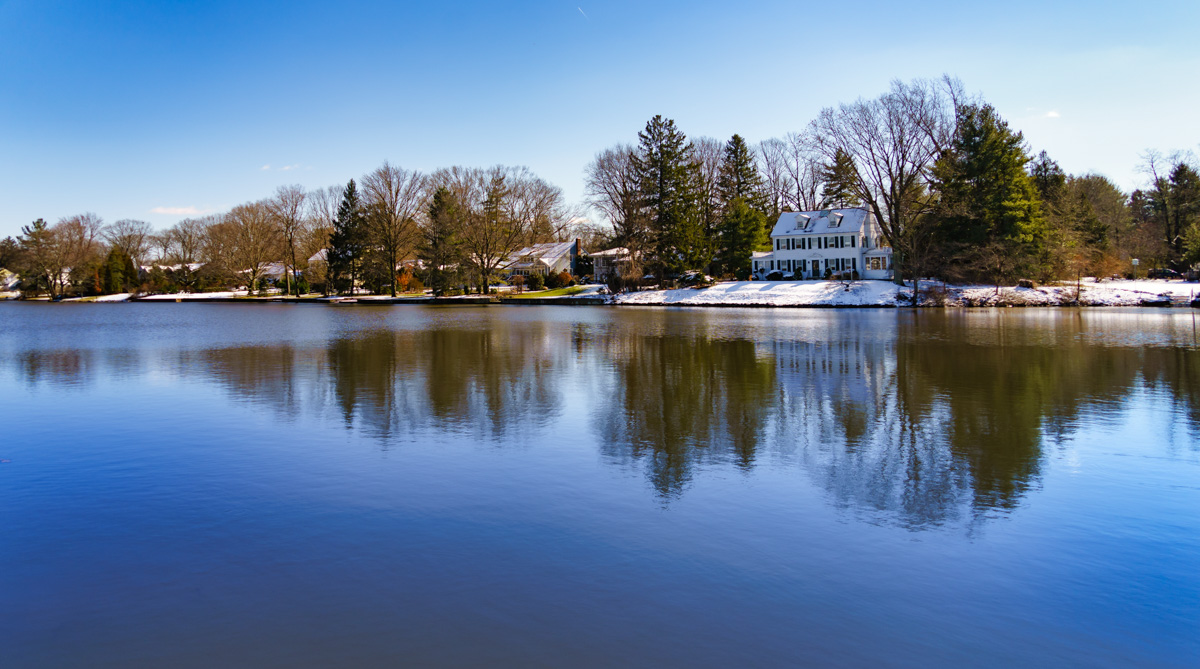 This sculpted structure at the head of the lake is actually a drinking fountain. 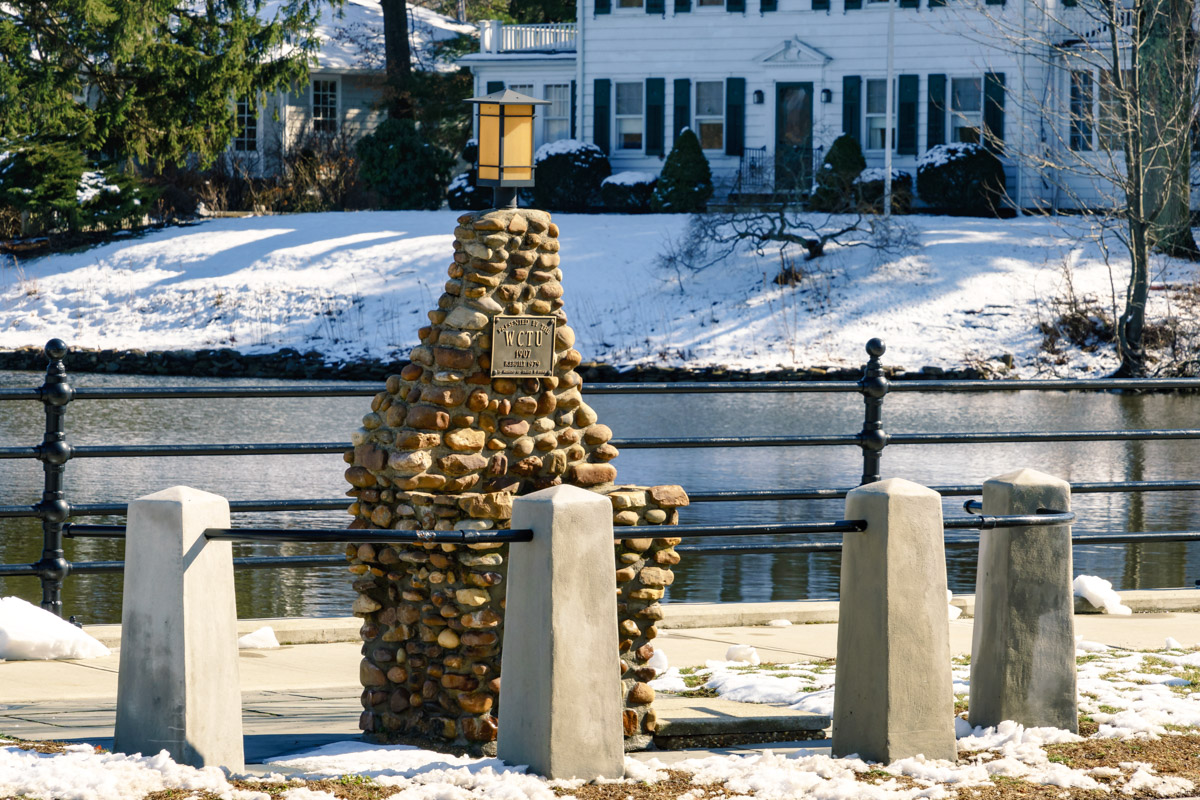 At the edge of the Presbyterian cemetery, there stands a classic red barn structure, not the only one in the vicinity. 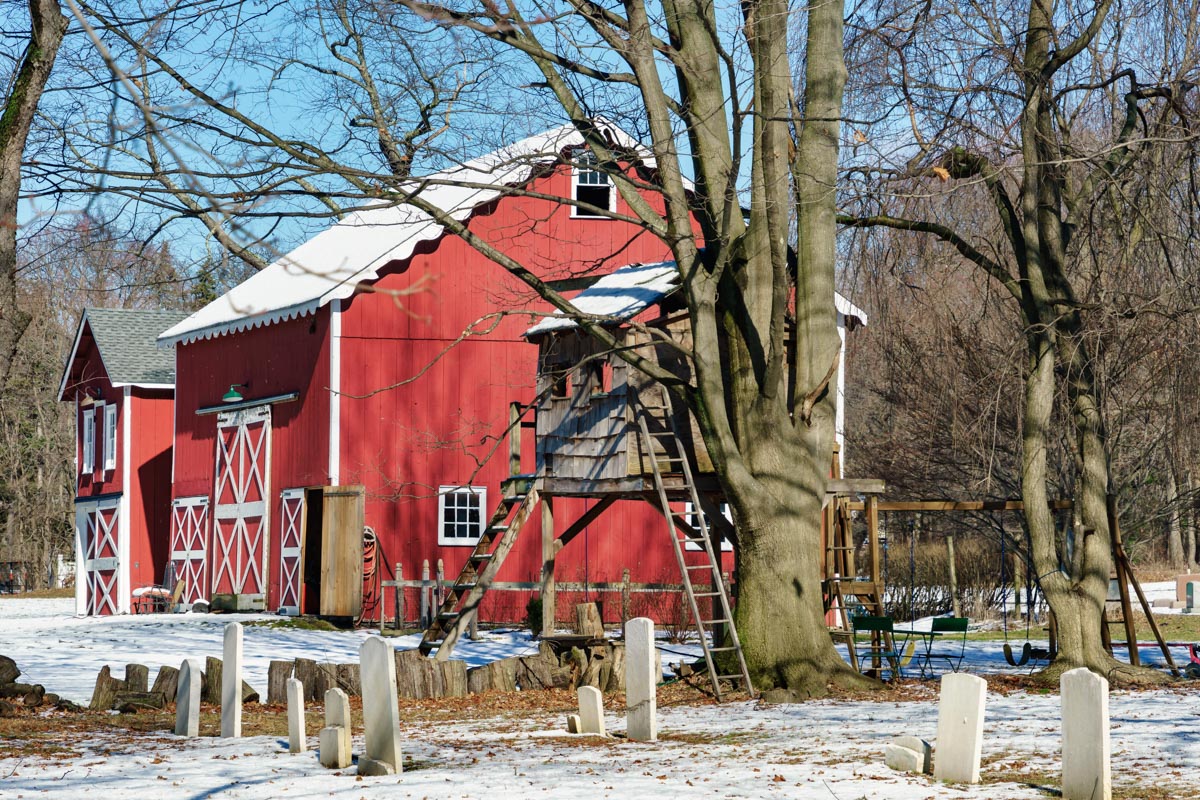 The sidewalks were largely deserted on this Sunday afternoon, so when these two brightly-dressed kids showed up across the street, they immediately attracted the eye. 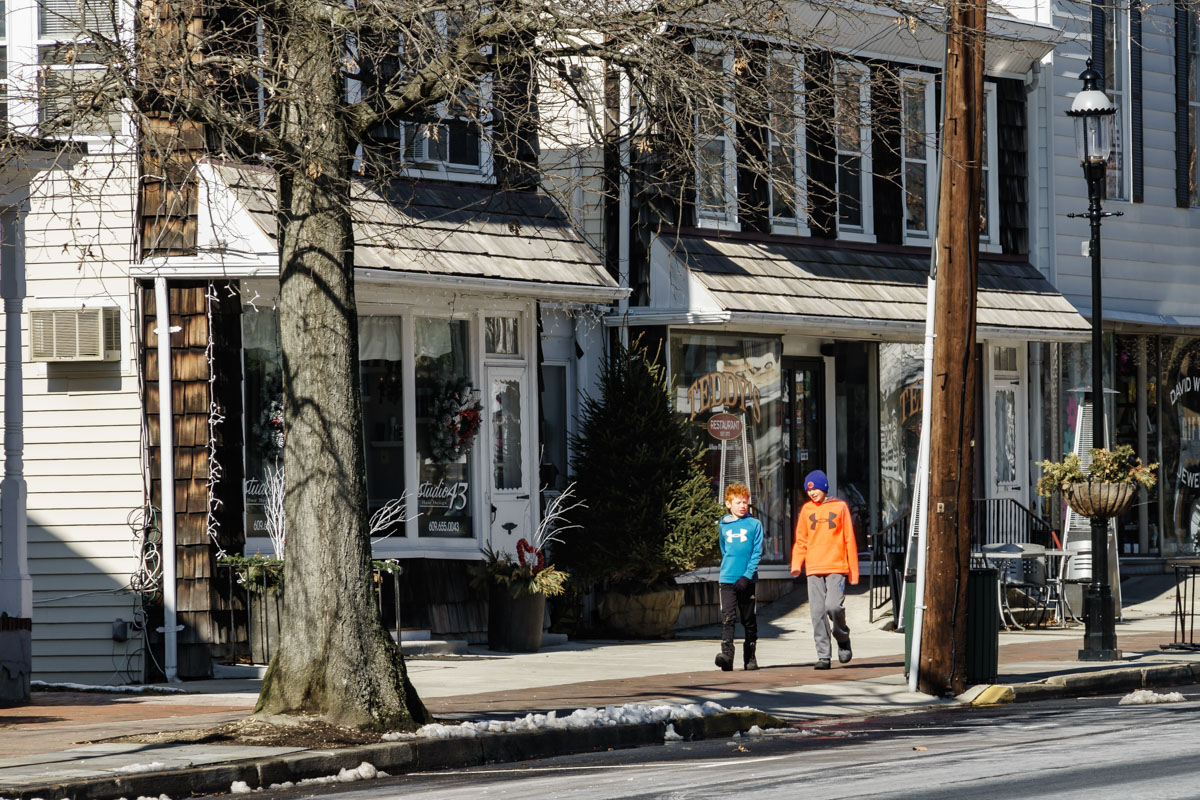 Here is another red wooden building of the kind that always stands out. 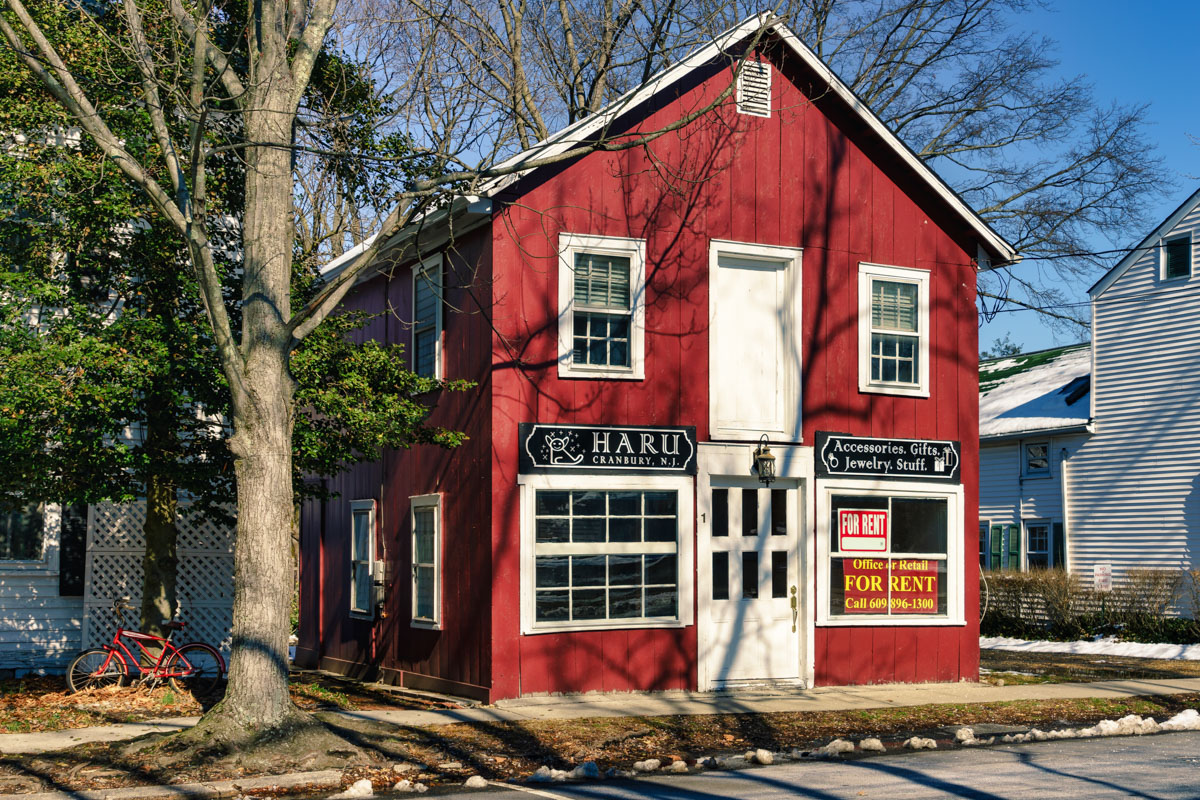 This horse-head is undoubtedly decorative and made in modern times, but you could imagine a traveler in pre-automotive times tying his horse to that ring. 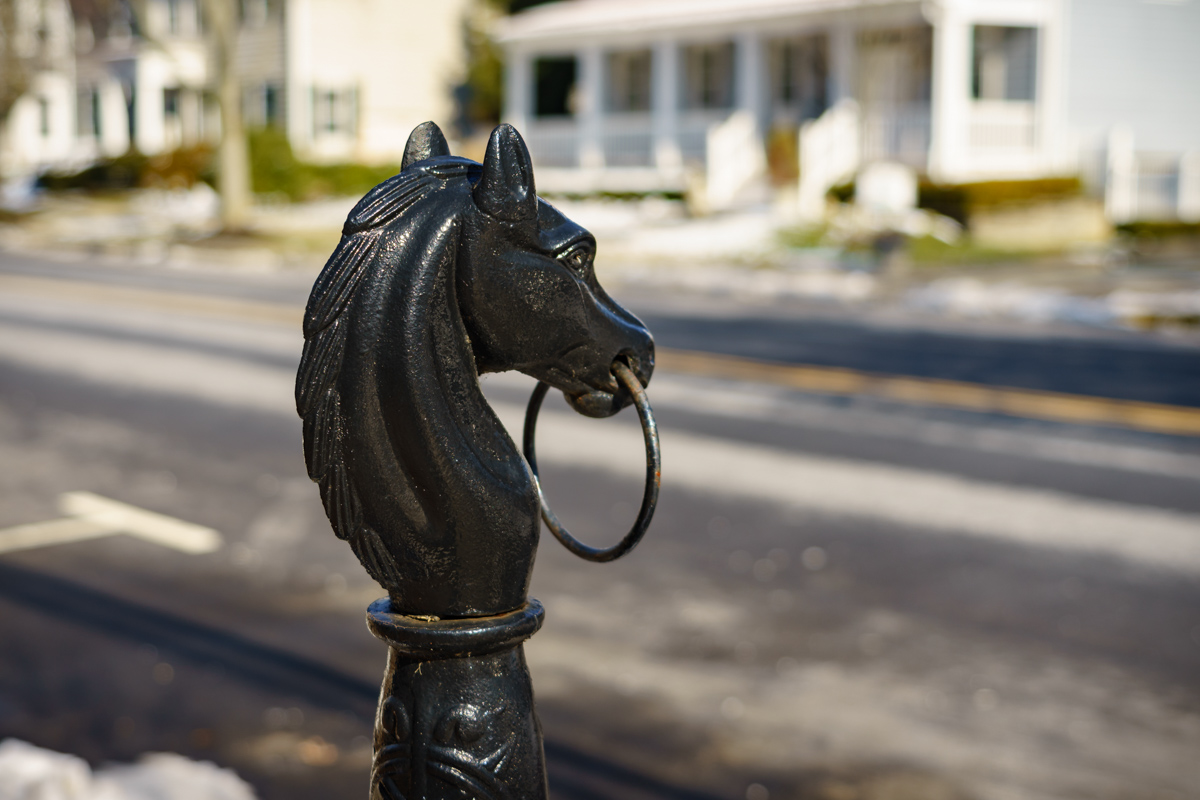 A little wind spinner by the side of a house. 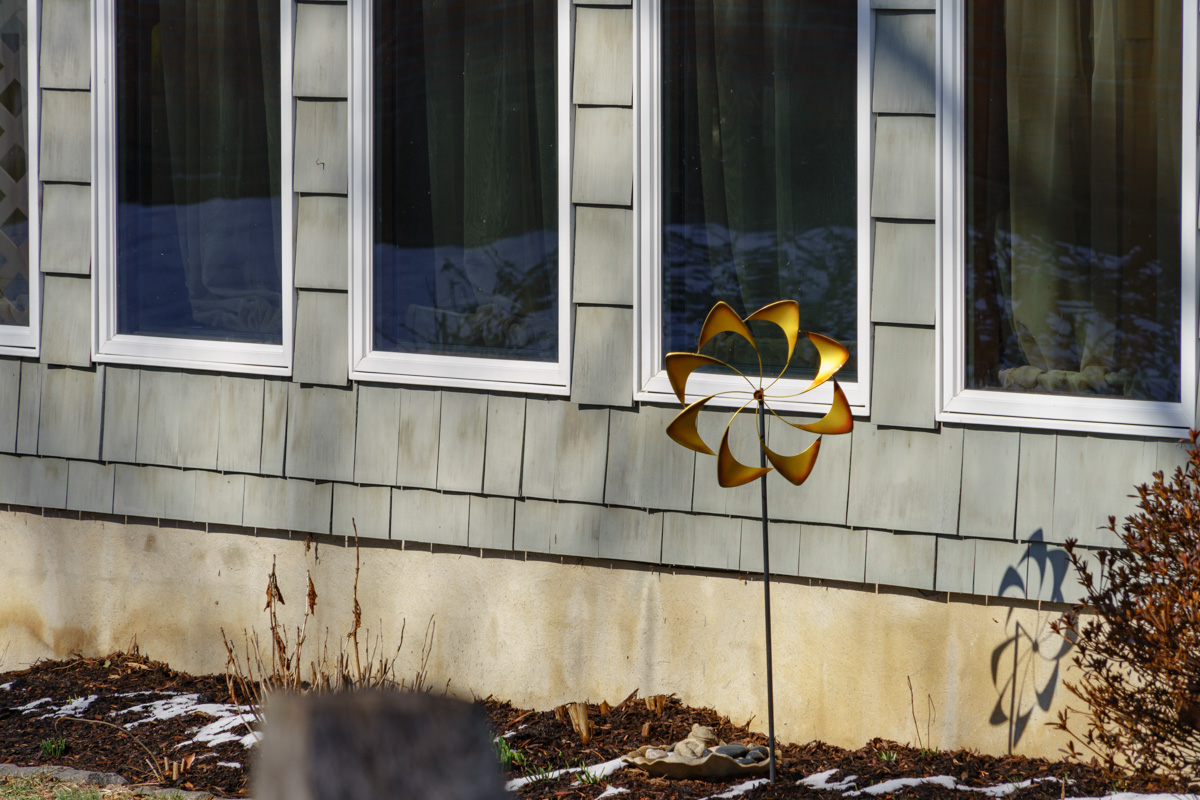 A quaint little gem in my neck of the woods, Cranbury.