A combine harvester from UGears

I do not recall ever being too invested in model assembly kits. Surely in my childhood I received a fair share of constructor set gifts, and seem to vaguely remember assembling a model navy cruiser when I was in elementary school. But nothing that I can point to in the decades since.

Lately, however, I found myself in a not well-defined search for new hobbies. Having read posts by Exler (here and here, in Russian, for those interested) about the unusual and very cool-looking line of wooden models from UGears that are assembled without any glue or instruments, I figured I might enjoy finding my inner child and building something of the kind. My lovely wife played along in accepting my very specific request for a New Year’s gift, and a few days later I am a sufficiently proud and amused owner of this fully assembled and functional model of a combine harvester. 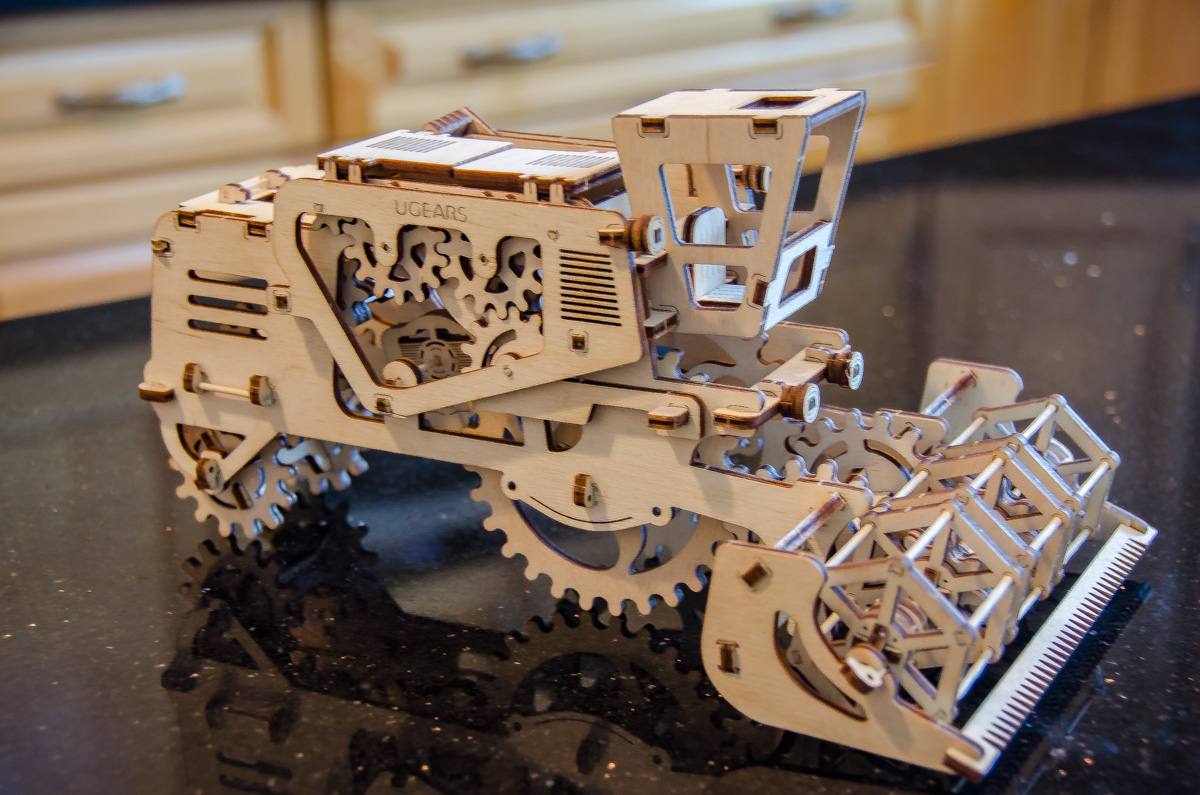 From the dozens of different models offered by UGears, the choice of this particular one was dictated by considerations of medium complexity. The simplest of models have less than 50 pieces to assemble while the most involved ones have in excess of 400. The combine has 154 pieces – about the right amount for a beginner to pretend that he is not one.

I am guessing it took me 5 to 6 hours of total time to build the model over the course of 4 days. The assembly instructions in the accompanying booklet were mostly well-depicted, but one or two nuances were not highlighted sufficiently to avoid having to re-do some of the steps. There were a couple of occasions of mislabeled pieces in the directions and I also found by the end that reversing the order of a couple of assembly steps would simplify the work, but those were small nuisances. 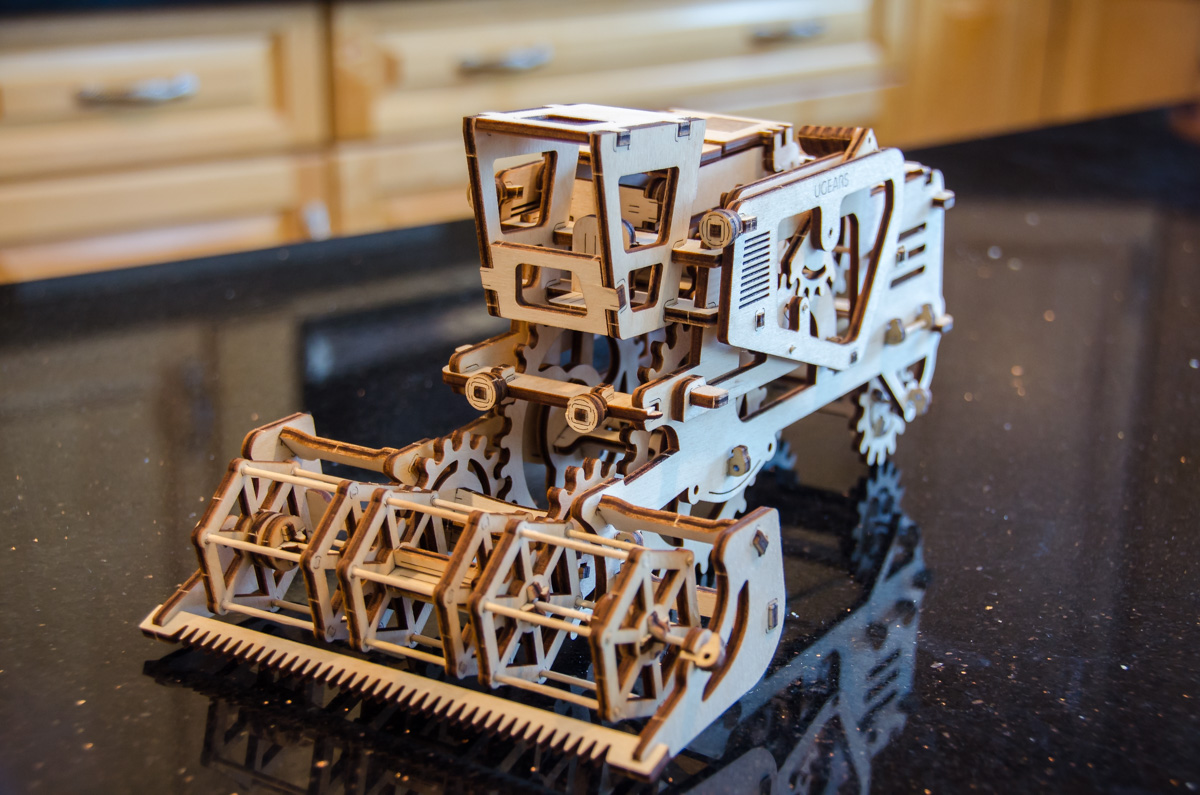 The thing that tried my patience the most were toothpicks. Although not a formal part of the piece count, they play a critical role as various axles in this combine harvester (as far as I understand from checking a number of other models, it was purely by luck that I decided on one of just a few that extensively use toothpicks). All of the other plywood details are sufficiently sturdy, whereas toothpicks were breaking left and right at a whiff of misapplied force. By the end of the assembly process, I got better at guiding the toothpicks where they needed to go without breaking them, but more than once I had to disassemble an already completed component for the sole purpose of removing the broken-off parts of a toothpick from the middle, so that a new one could be inserted.

Somewhat inexplicably, I ended up breaking the exact number of toothpicks that I could without having to draw on household supplies. The amount of them included in the box obviously had a breakage allowance which I exhausted with uncommon precision.

So, I managed, and overall it was a fun project.

And what about “functional”, you ask? The last step in the assembly is using a rubber band to connect the main driving gear so that it can be wound back and propel the combine forward when released. Here is a 15-second loop of the assembled model moving on my kitchen floor. 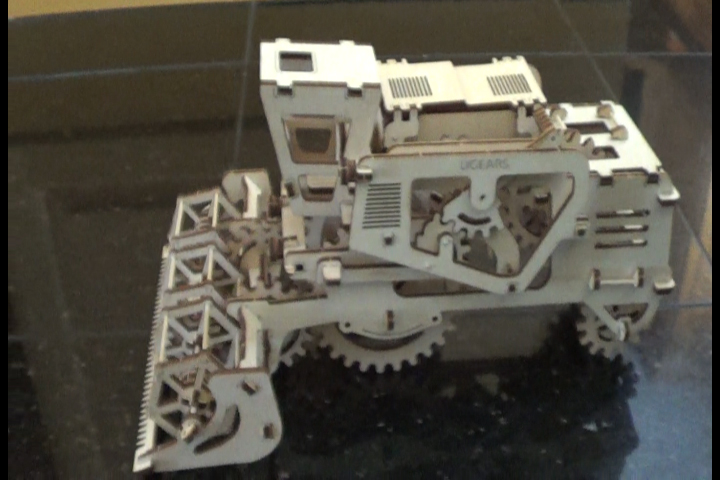 Search for “ugears mechanical models” on Amazon, if you are interested to see various other choices. I will likely pick another one to work on in the foreseeable future.