The fall of 2017 has been generous on gorgeous weekends and a few weeks ago we spent one such afternoon in the pretty town of Red Bank, less than half an hour away from our home. This was not our first visit to town but it was the first where I decided that I wanted to bring a camera for a local day out. A small selection of pictures follows.

A port and a manufacturing center in the 19th century, nowadays Red Bank is a local leisure magnet, with two major entertainment venues, several art galleries, and active shopping and dining scene. The Navesink River, at its widest more like a bay than an estuary, is a hot spot for fishing and sailing. There looked to be some sort of regatta practice during our visit. 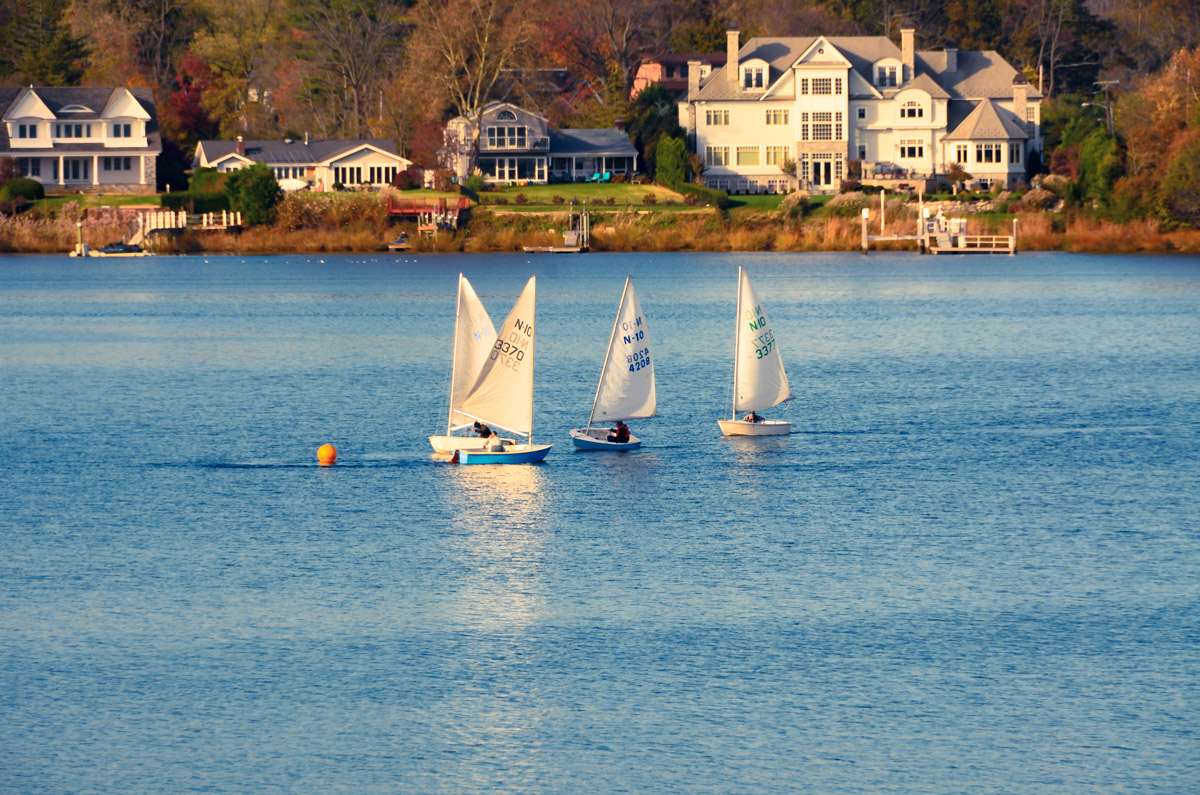 The houses overlooking the river. 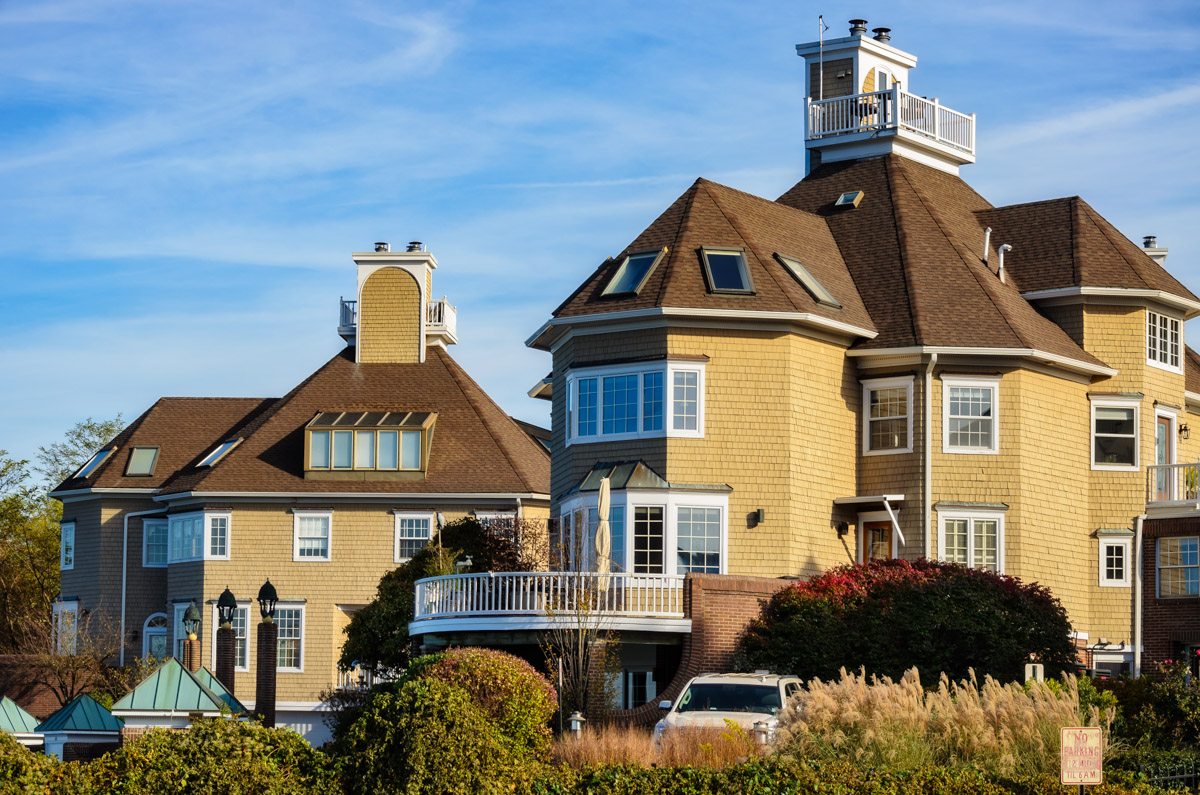 The small rooftop decks are a quirky defining feature of the riverside houses. 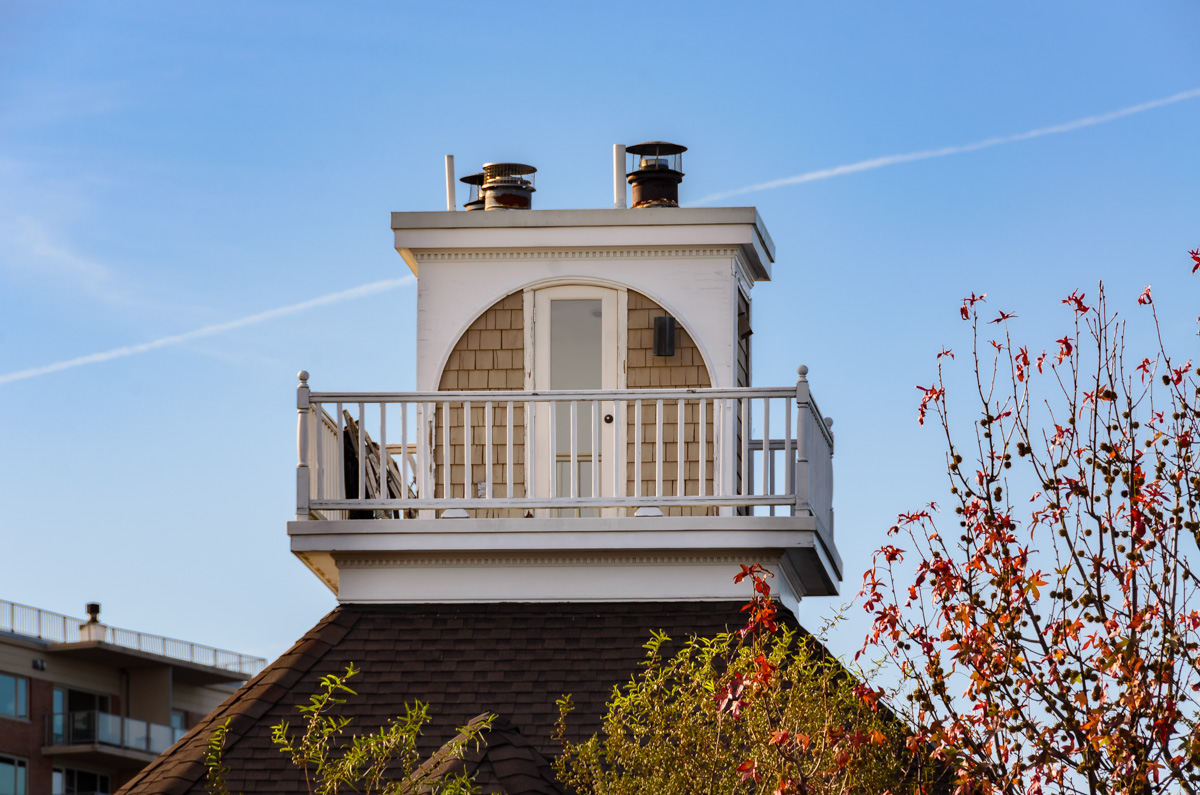 There are plenty of colorful eye-catching houses on the main streets. 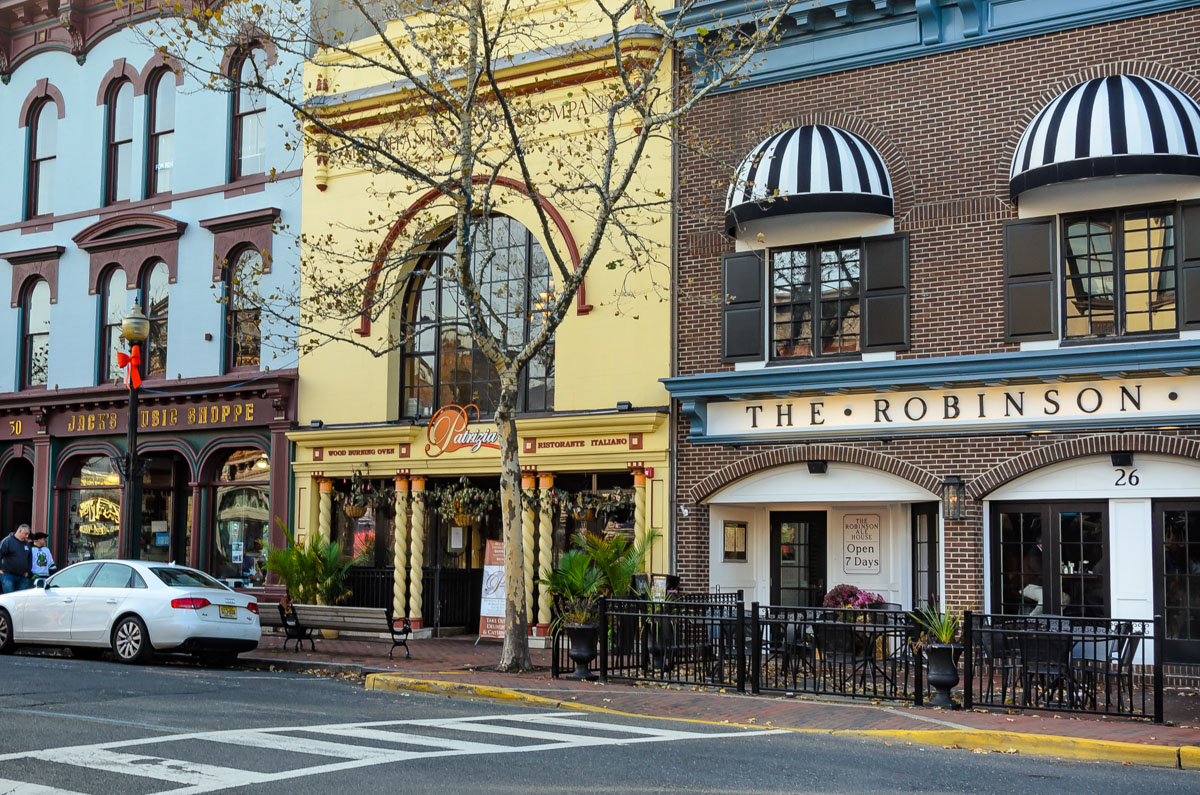 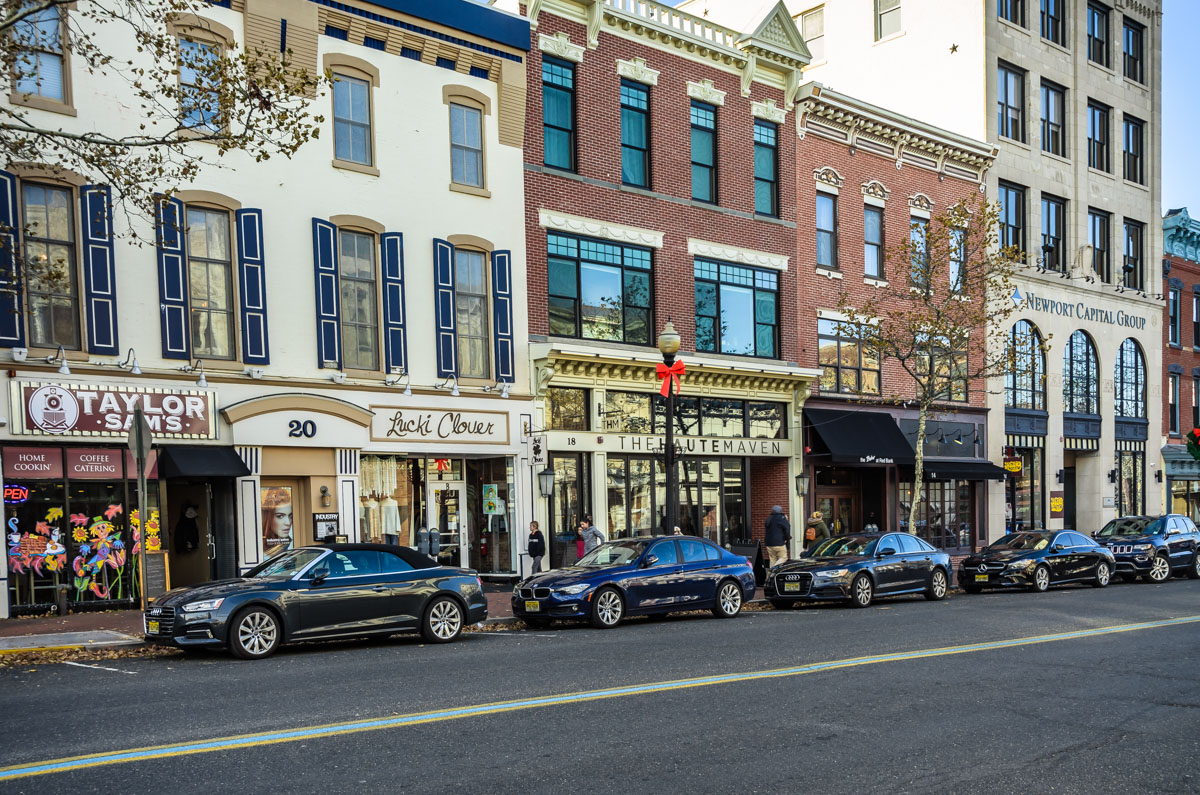 Among the standout historic buildings in Red Bank is the Eisner Memorial Library, a former residence of the leading local businessman Sigmund Eisner (if you wonder whether there is any connection to the longtime Disney CEO Michael Eisner, the latter is Sigmund’s great-grandson). 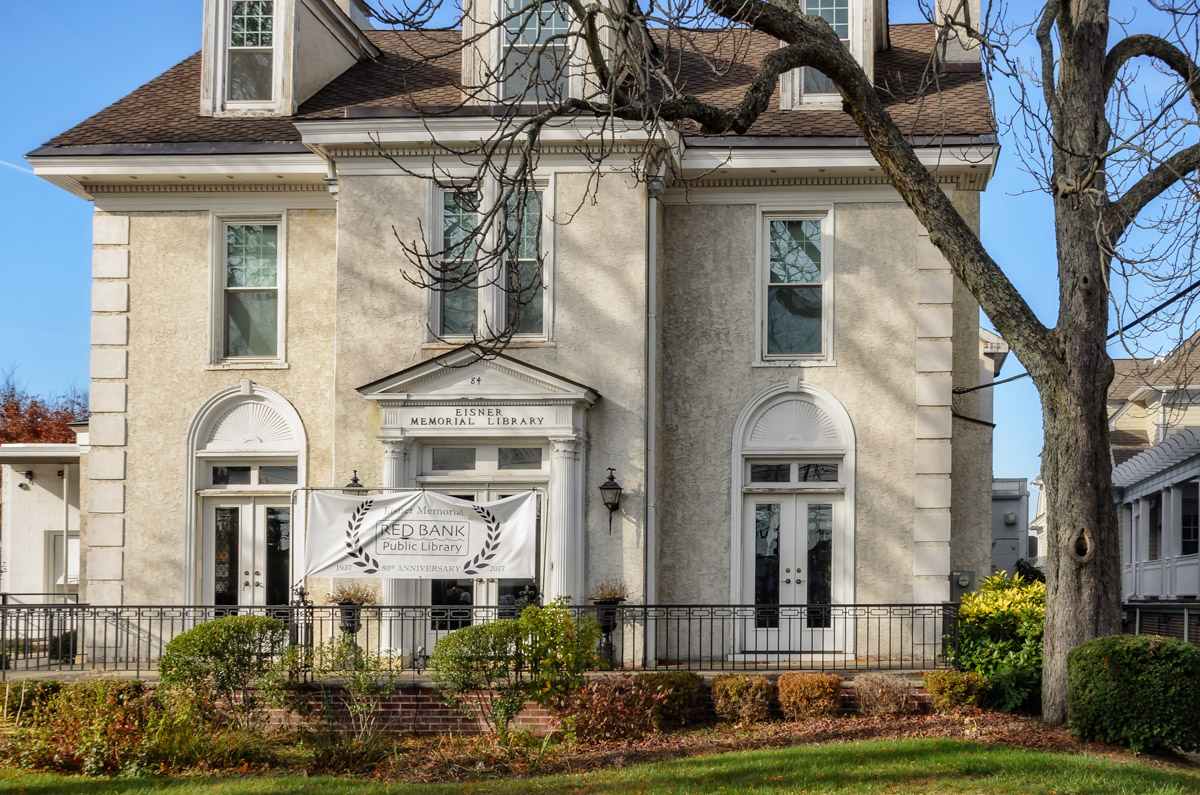 Another frequently photographed building is the Dublin House. This Victorian “Second Empire” charmer has been remodeled and even moved from one location to another several times in its 175-years-long history. 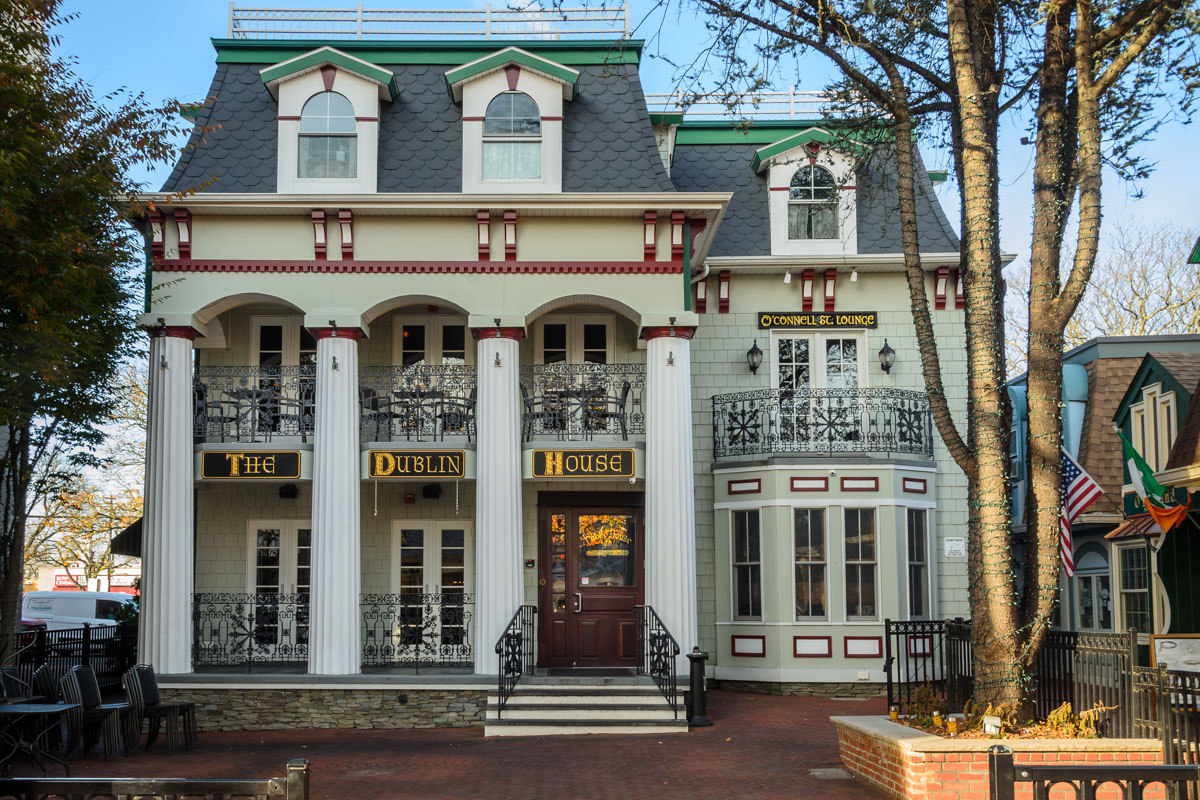 We stopped by several galleries and specialty shops while walking around Red Bank. At the Spice & Tea Exchange, I asked the proprietor if she would mind me taking a few pictures. She did not – and that led to a long friendly chat of a kind that always leaves an outsized positive memory of any place. 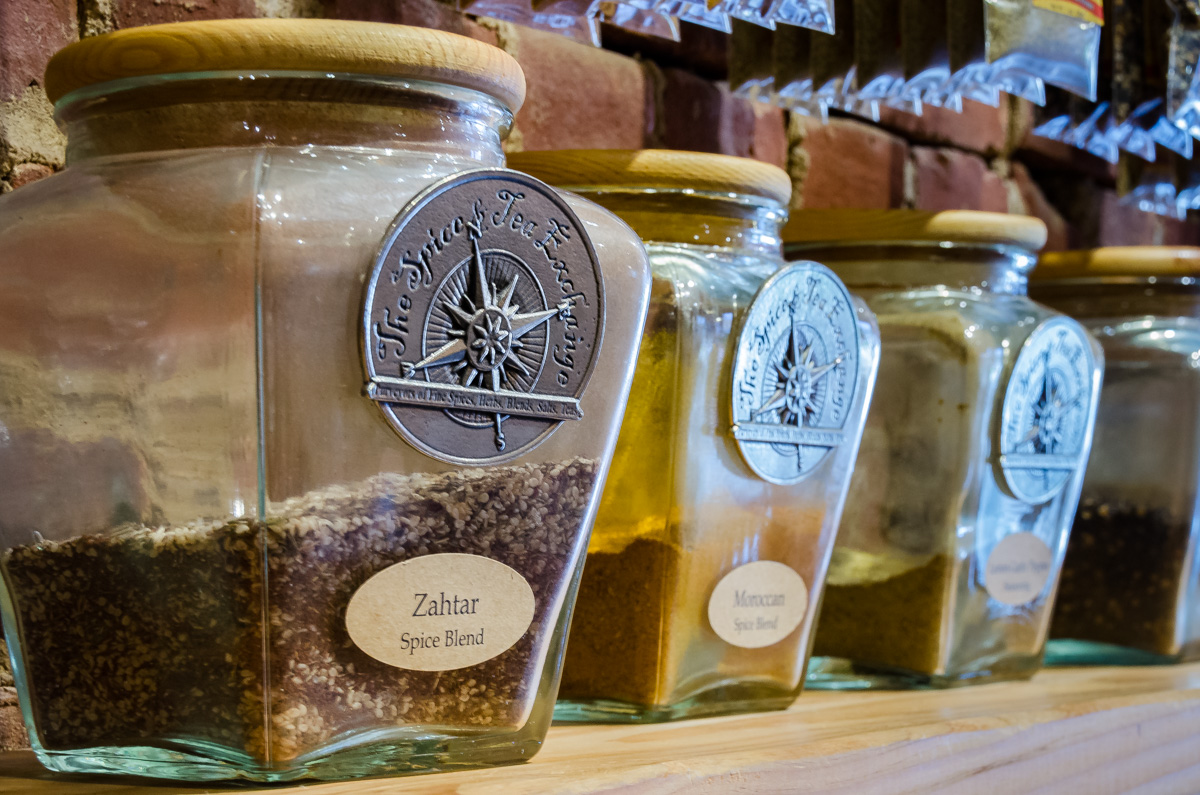 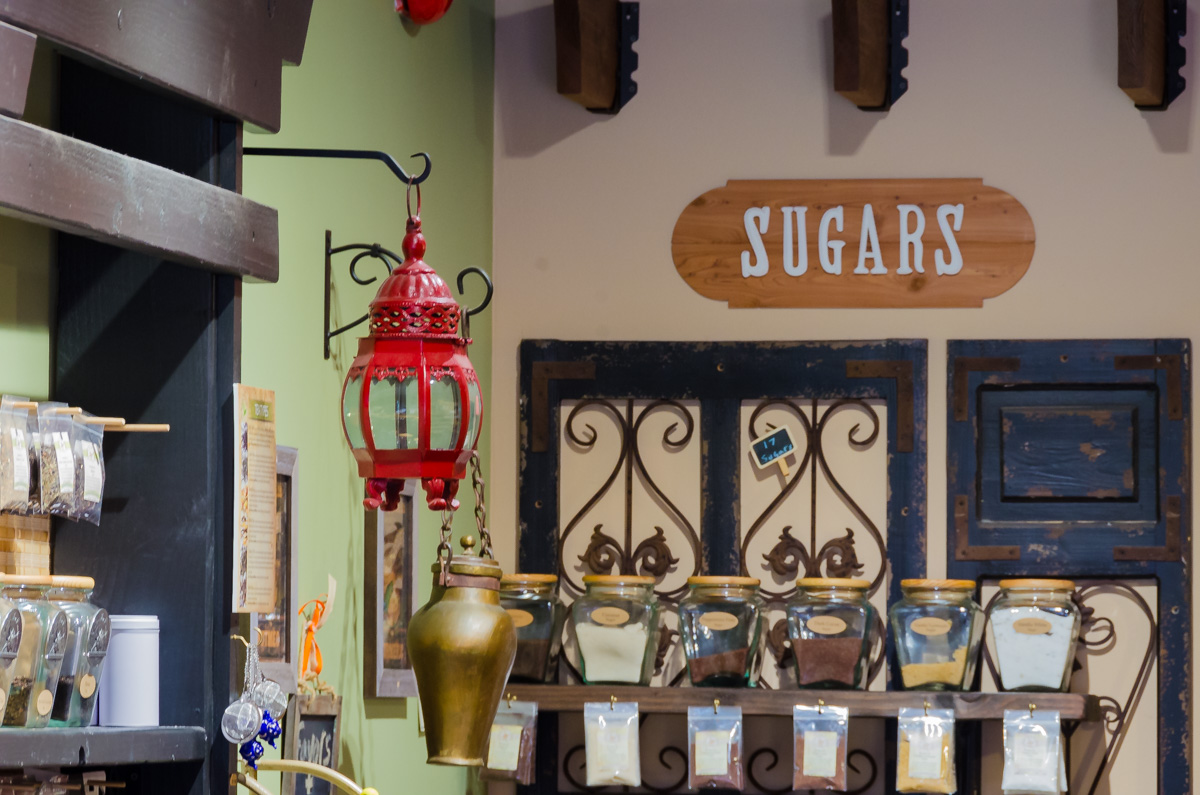 Antique stores are aplenty in Red Bank. Here is a street-side display fragment. 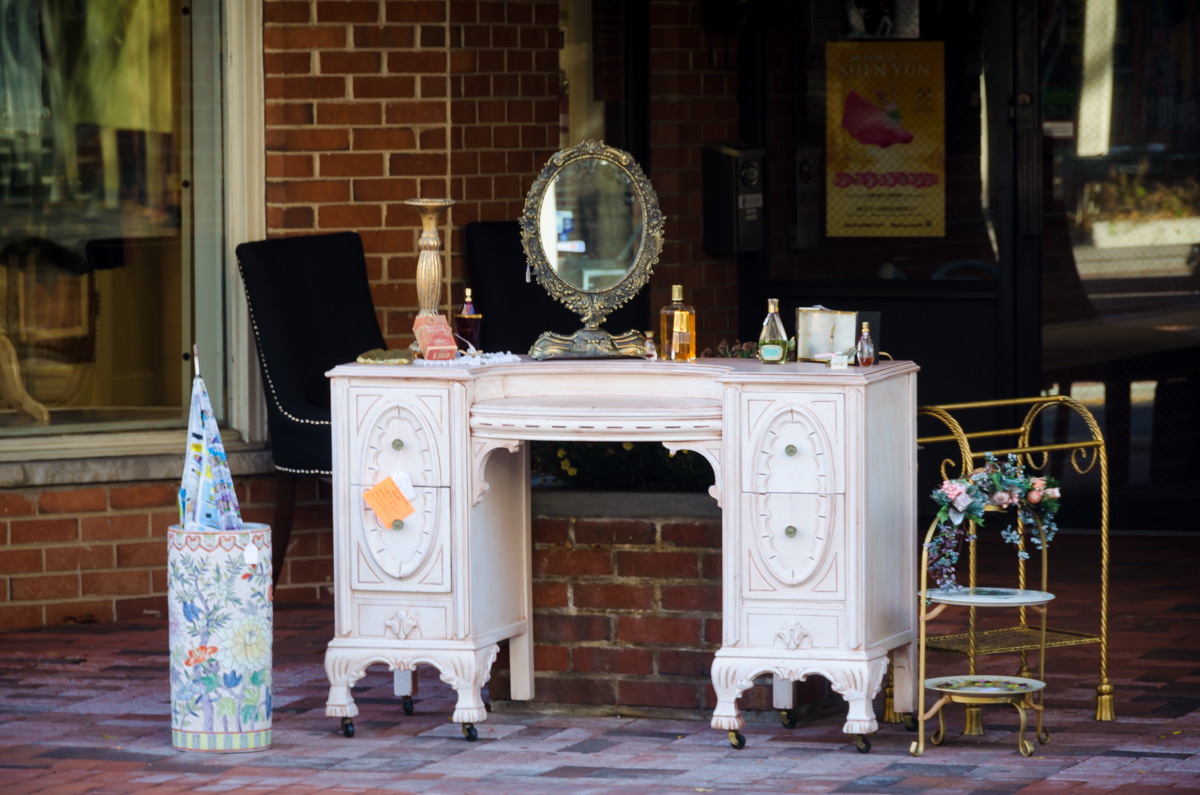 Brilliant murals is another characteristic feature of the town. 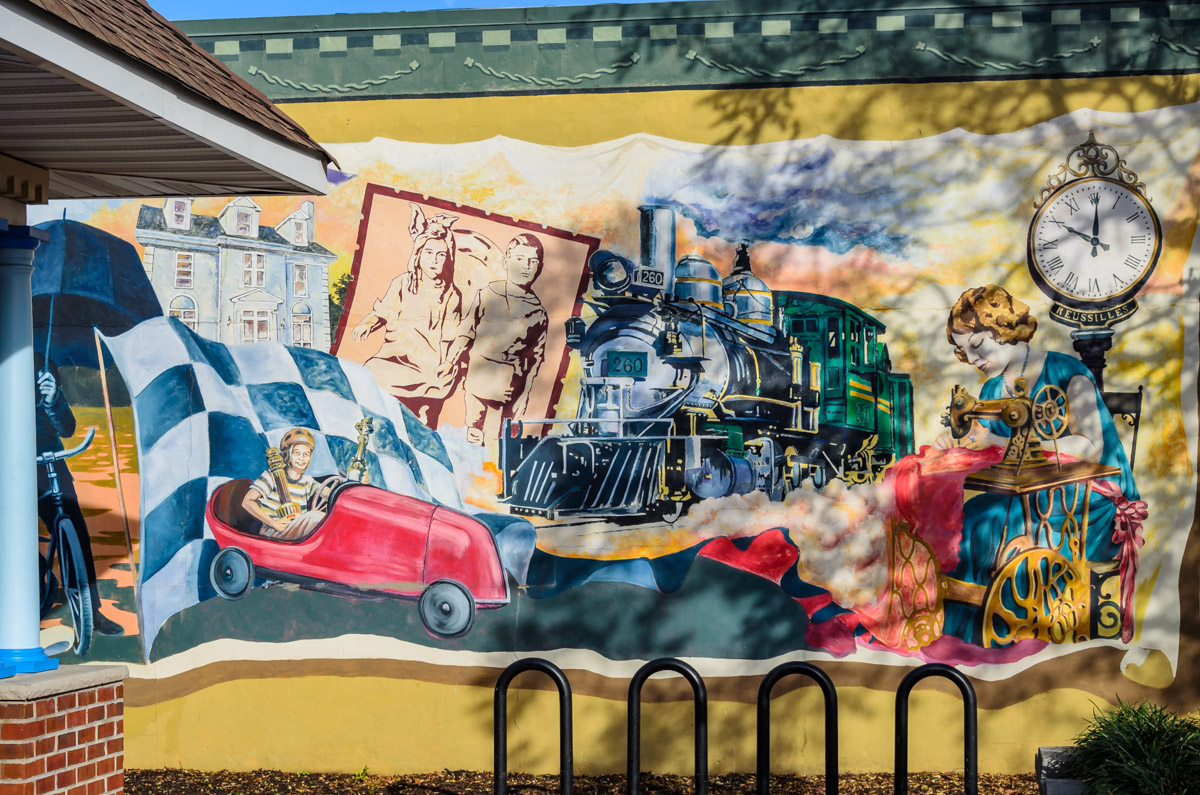 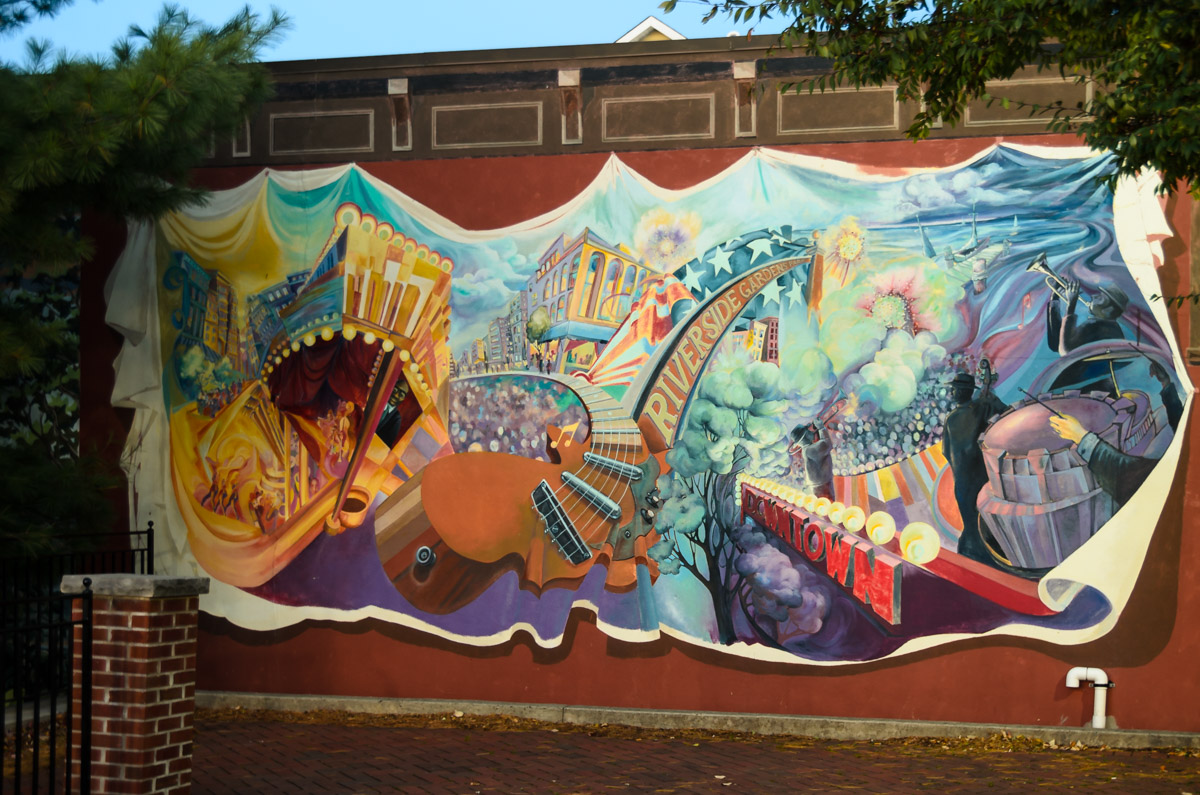 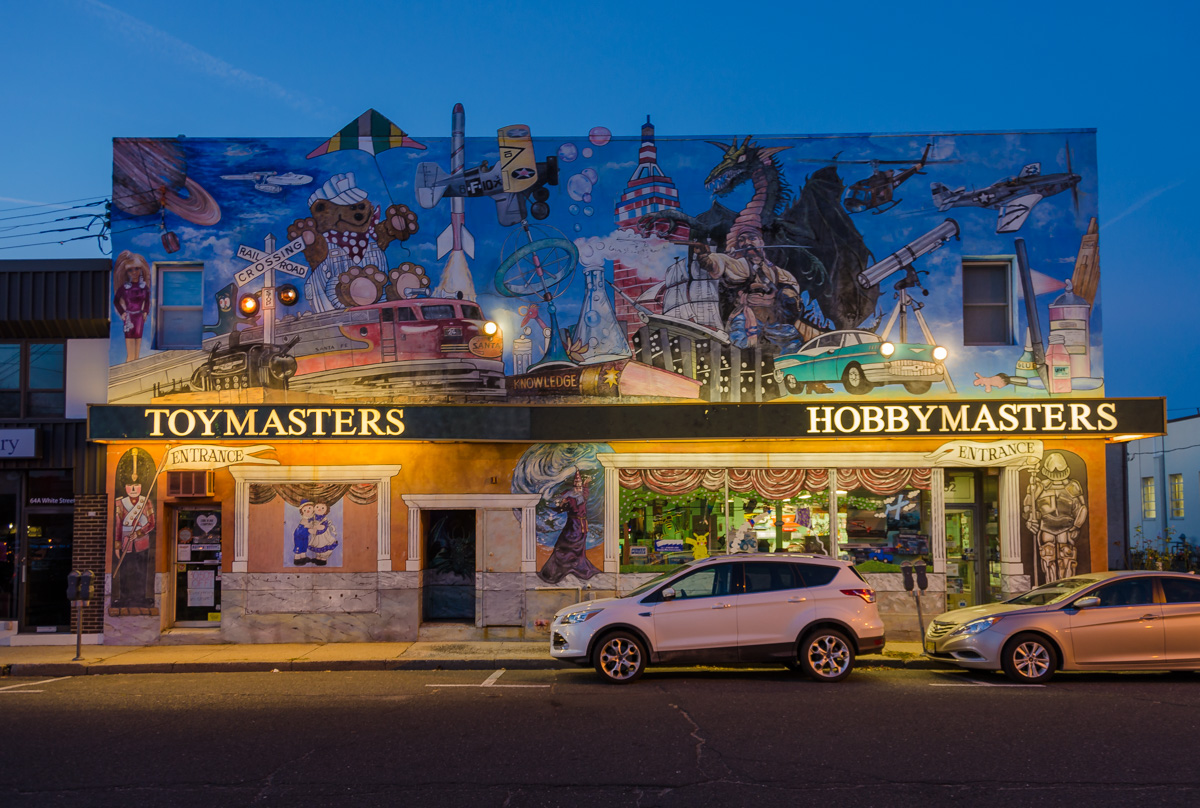 I probably need to devote more focus to exploring my home state. Common wisdom has it that there are many such little gems around.