Canal du Midi is a feat of civil engineering, all the more remarkable for the fact that it predates the Industrial Revolution. It is hundreds of kilometers in length (240 if you consider the canal proper, or closer to 400 if you add the connecting Canal de Garonne to arrive at the entity somewhat misleadingly inscribed on the World Heritage list as Canal du Midi). It is also just 20 meters wide in most places. Autoroute crossings over the canal, of which I have had close to two dozen on my past travels, barely allow a glimpse of the waterway, so fleeting they are. To properly explore such an enormously elongated entity one probably needs to travel alongside it for some time, preferably in a boat.

The idea of such a boat trip holds certain attraction to me but would require a significantly larger allocation of time that I could expend on my recent trips. Instead, I figured that I could drive as close to the canal for a couple of hours while making a few stops at crossings. In my definition of a “visited” site it’s the effort that counts, no matter the result.

After all, I was already in Toulouse to see the St-Sernin Basilica. Toulouse is the westernmost end of what is formally known as Canal du Midi. In fact, the closest point of the canal is less than 15 minutes walk from the basilica.

Here is what it looks like from a pedestrian bridge connecting Boulevard des Minimes and Boulevard Matabiau. 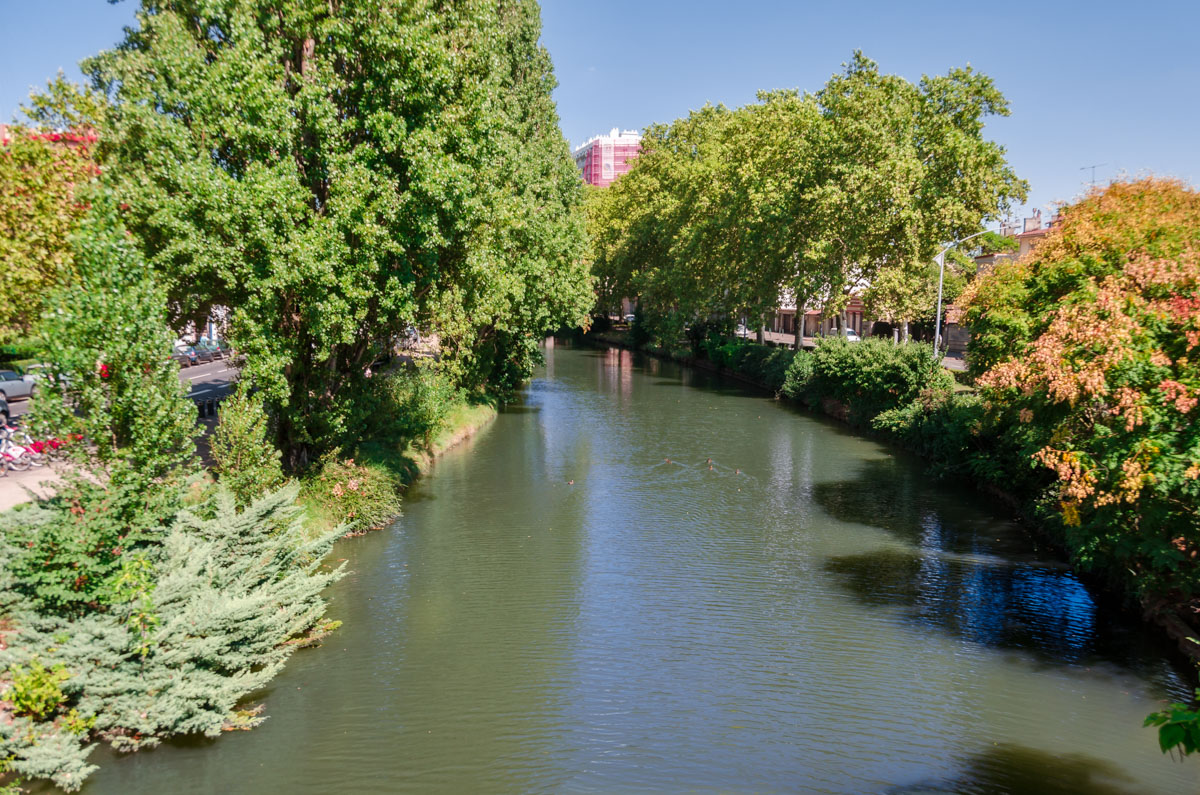 Nothing special, I have to admit. But that was not unexpected. There are certainly beautiful spots somewhere along the length of the canal, but the visual impact is not its defining feature.

I next drove to the edge of Toulouse, to the municipality of Ramonville-Saint-Agne, where the canal touches a small marina of Port de plaisance de Port Sud. On this stretch, boats and barges lined one side of the waterway. 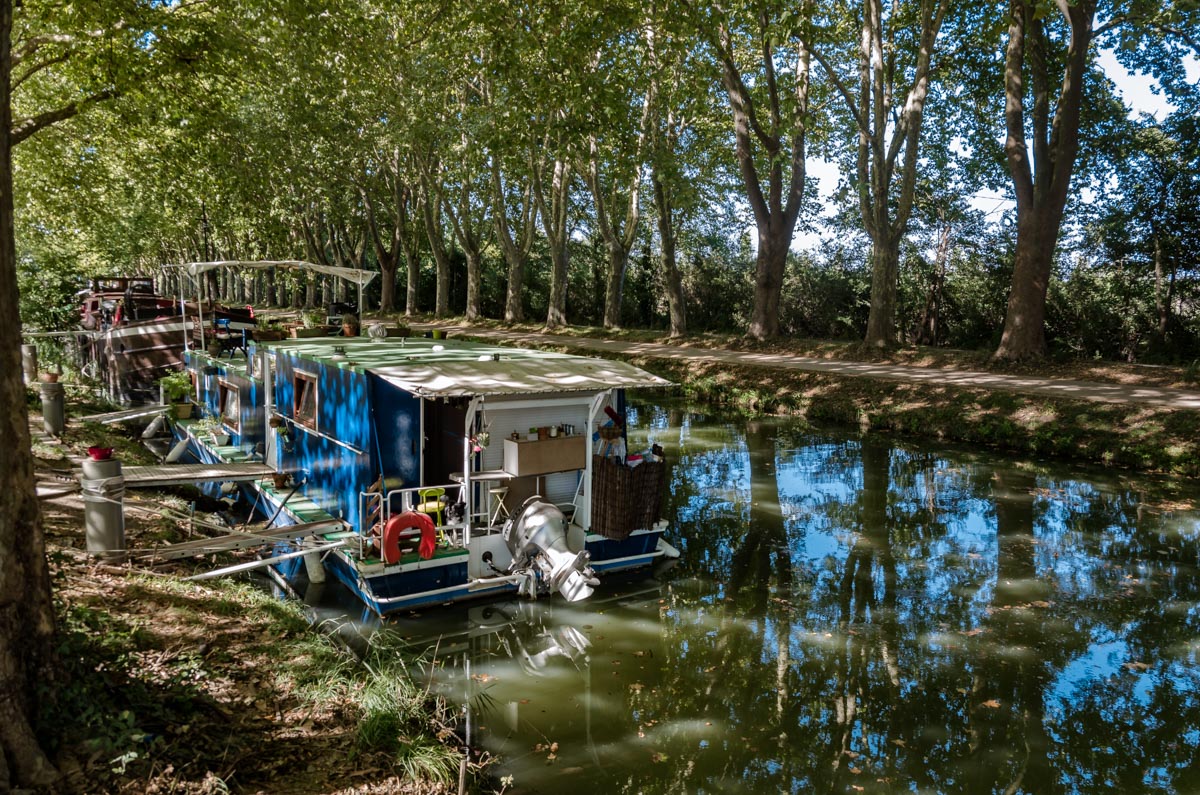 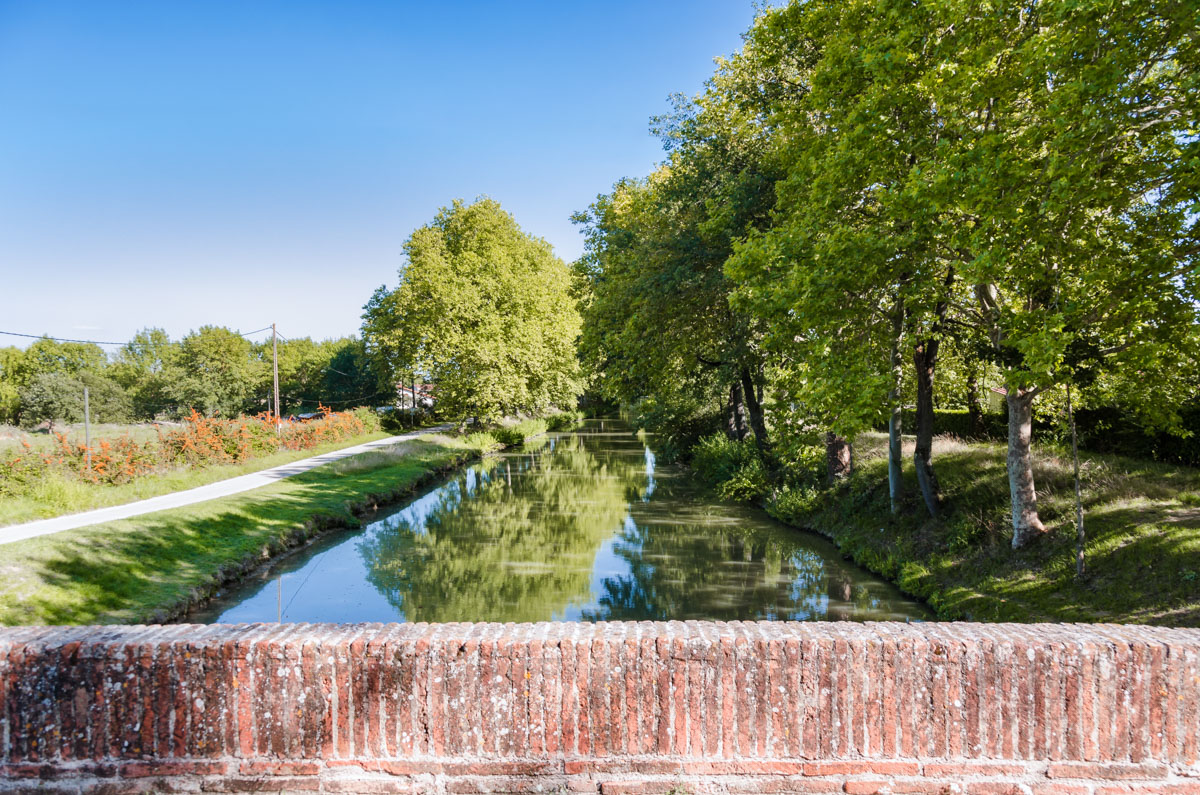 At the edge of Ayguesvives, I came across canal locks. Here, the scenery became really picturesque, and I spied couples and families enjoying idyllic tranquility. 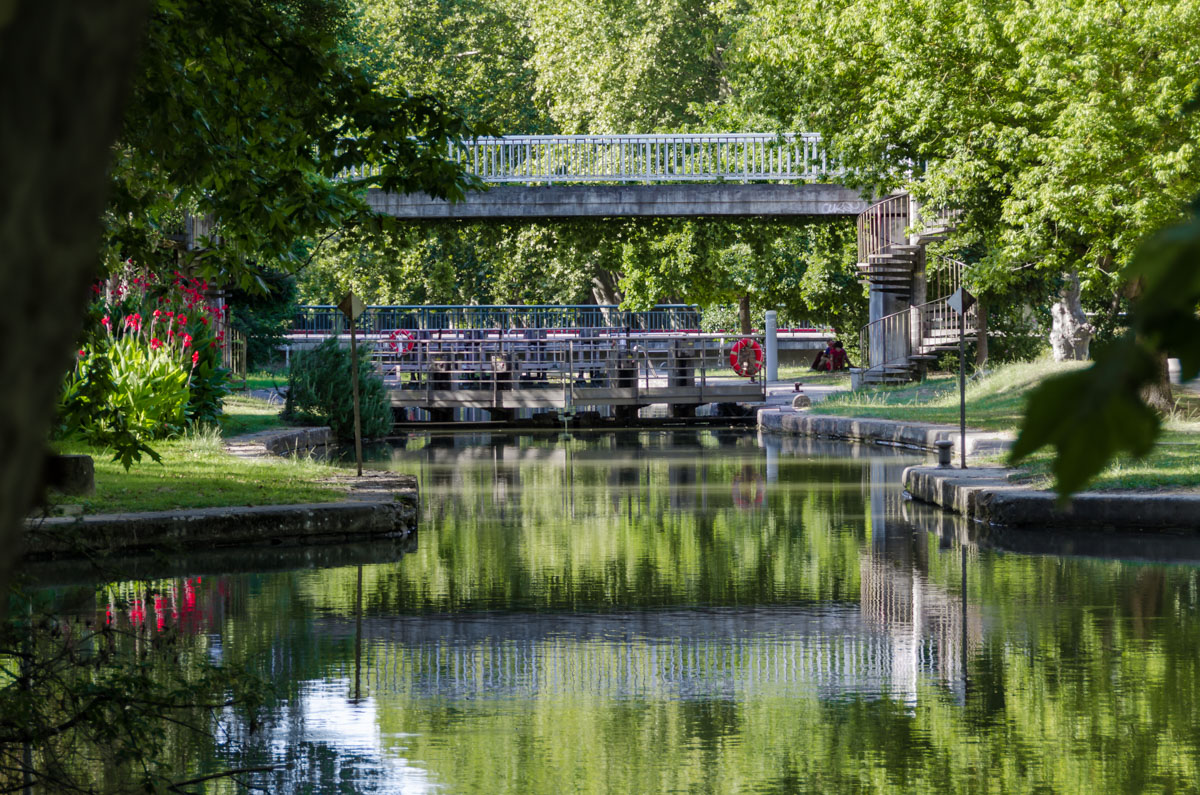 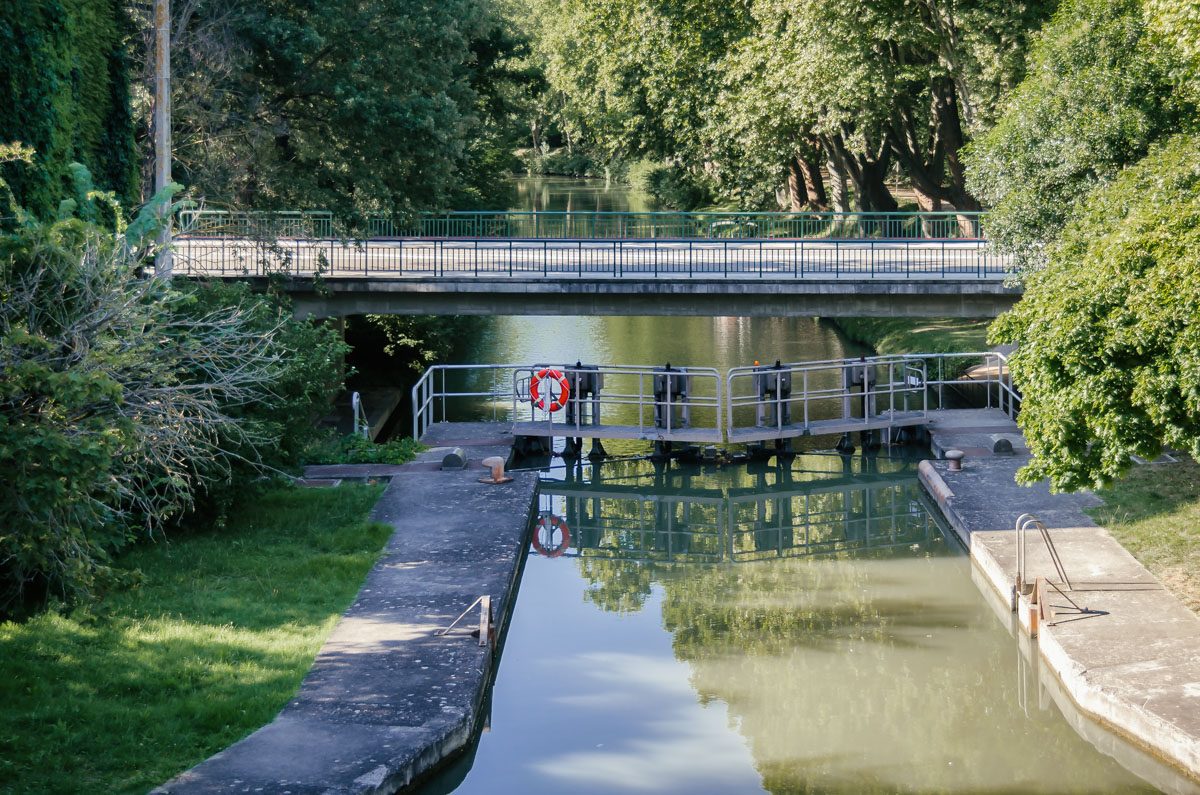 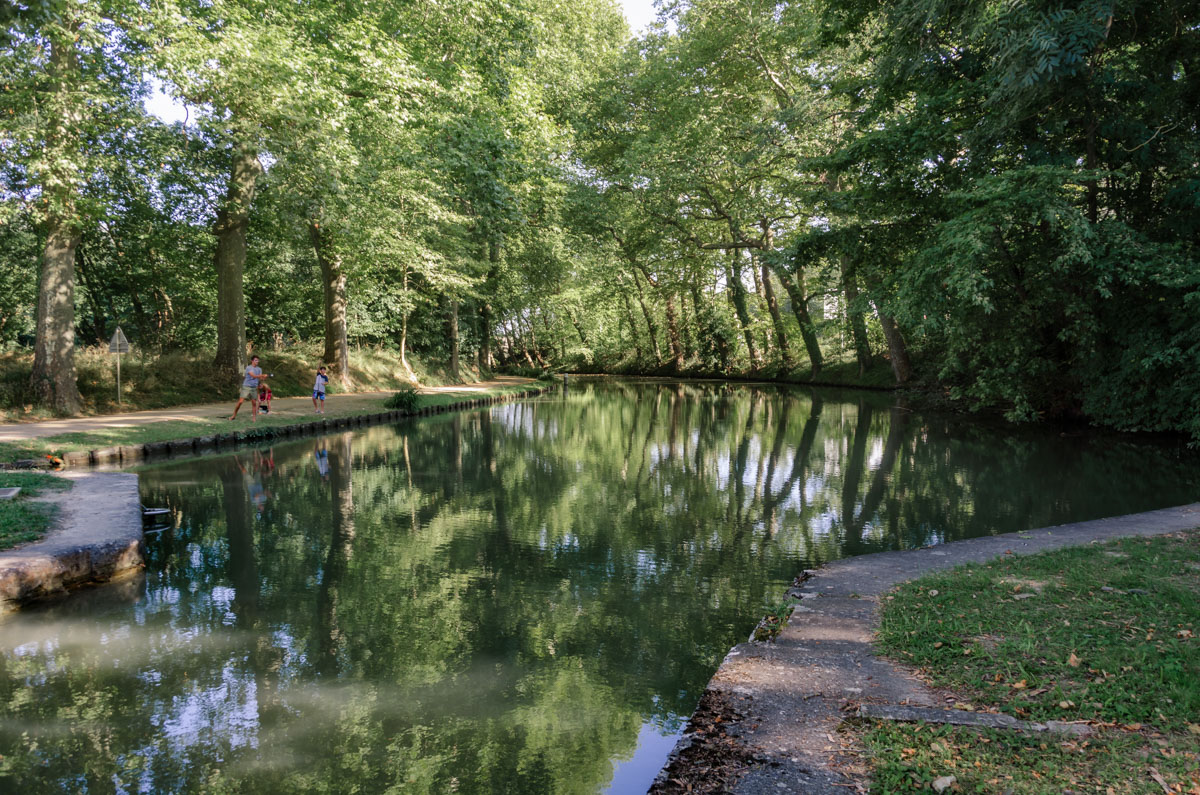 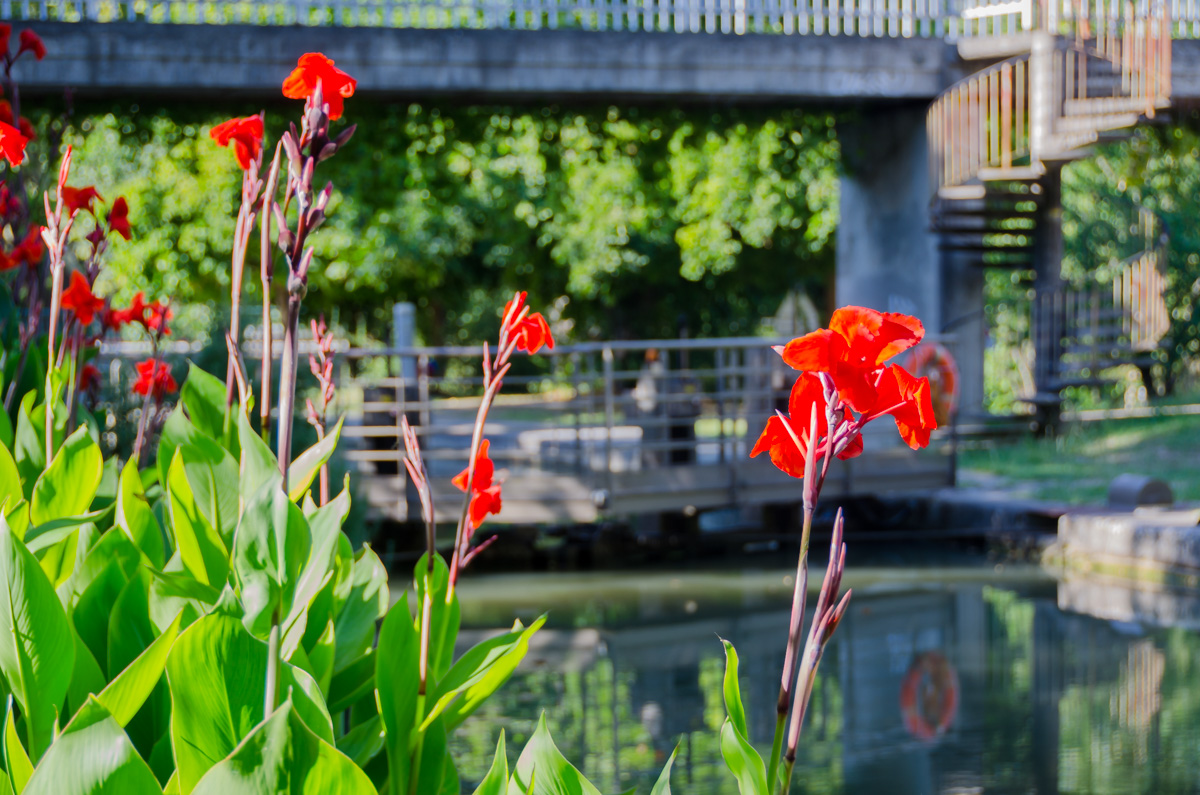 And then I ran out of time and had to start my trek back to my base on Costa Brava.

Various stretches of the Canal du Midi are within short distance from anything between Toulouse and Montpellier. The most visually attractive points are reputably closer to the Mediterranean end of the canal. I’ll put renting a boat for a couple of days of cruising on the canal on my wish list for the future.