One of the twelve apostles and the patron saint of Spaniards, Saint James the Great lends his name to three separate entries on the World Heritage list. One of them is the town of Santiago de Compostela, which grew around a shrine to St James (Santiago in Spanish). Two others are the pilgrimage routes to the town, separately in northern Spain and in France.

The latter two are serial properties with many locations. Ideally, exploring these sites should be done in a manner approximating pilgrimage, including walking the mountain passes from one stop to another. Of course, I am neither demographically suited nor aspirationally inclined to undertake this type of travel. On the other hand, my healthy admiration for religious architecture frequently leads me to churches and cathedrals in the places I visit. My liberal definition of what constitutes a visited World Heritage site allows me to count the whole entry if I explored a single point on its map. Being in Albi put me in the vicinity of a couple of churches on the French Santiago de Compostela route – an opportunity I could not miss.

First, I stopped in the otherwise unremarkable Rabastens to take a look at the Notre-Dame-du-Bourg, dating from the 13th century. The exterior of the church is impressive enough, but it does not hint at what awaits inside. 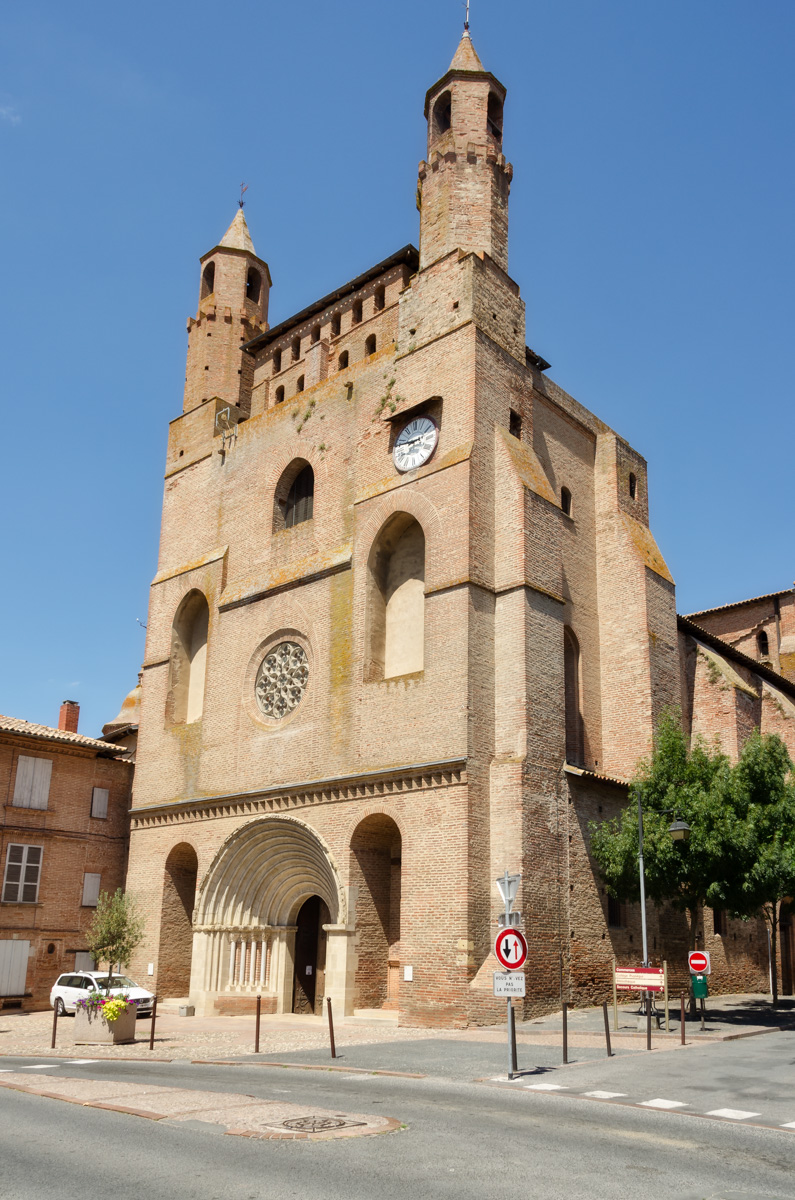 Step inside and be dazzled! The interior of the church is painted throughout with the most vivid frescoes. This explosion of color is not exactly common in Catholic edifices and to find such exuberance in a provincial church is doubly astonishing. 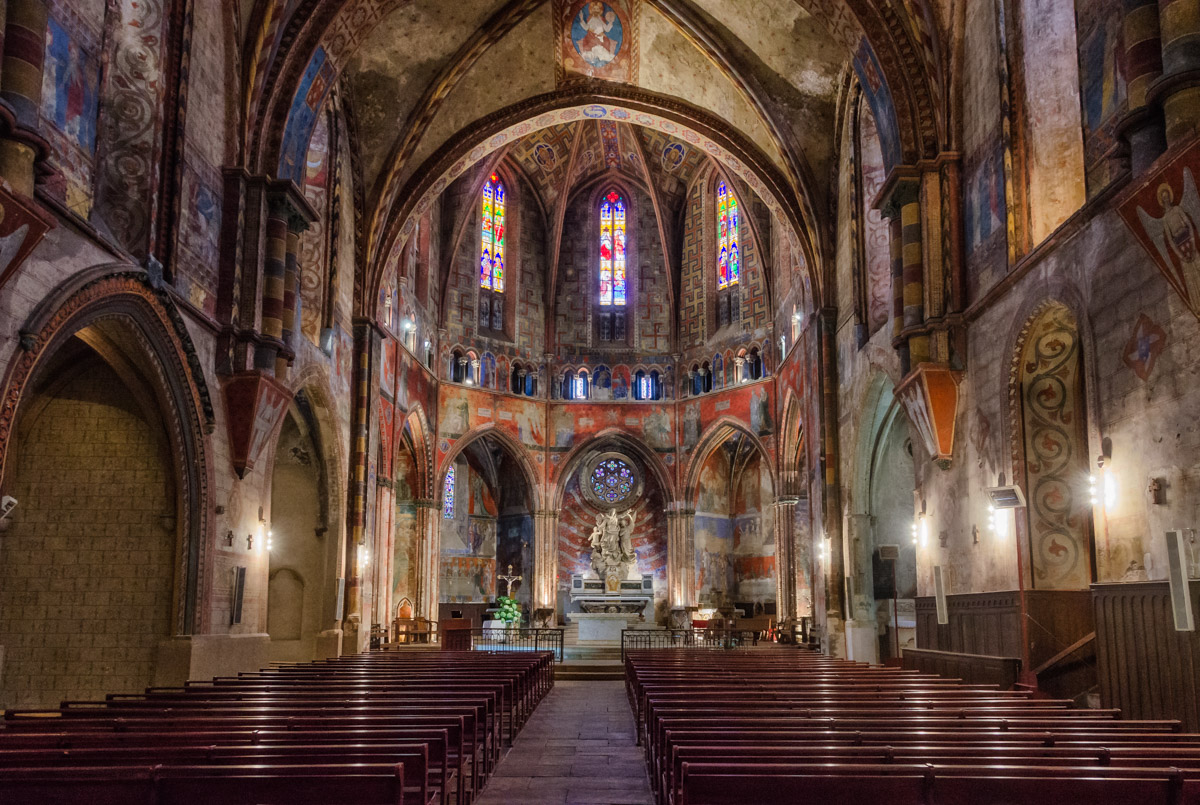 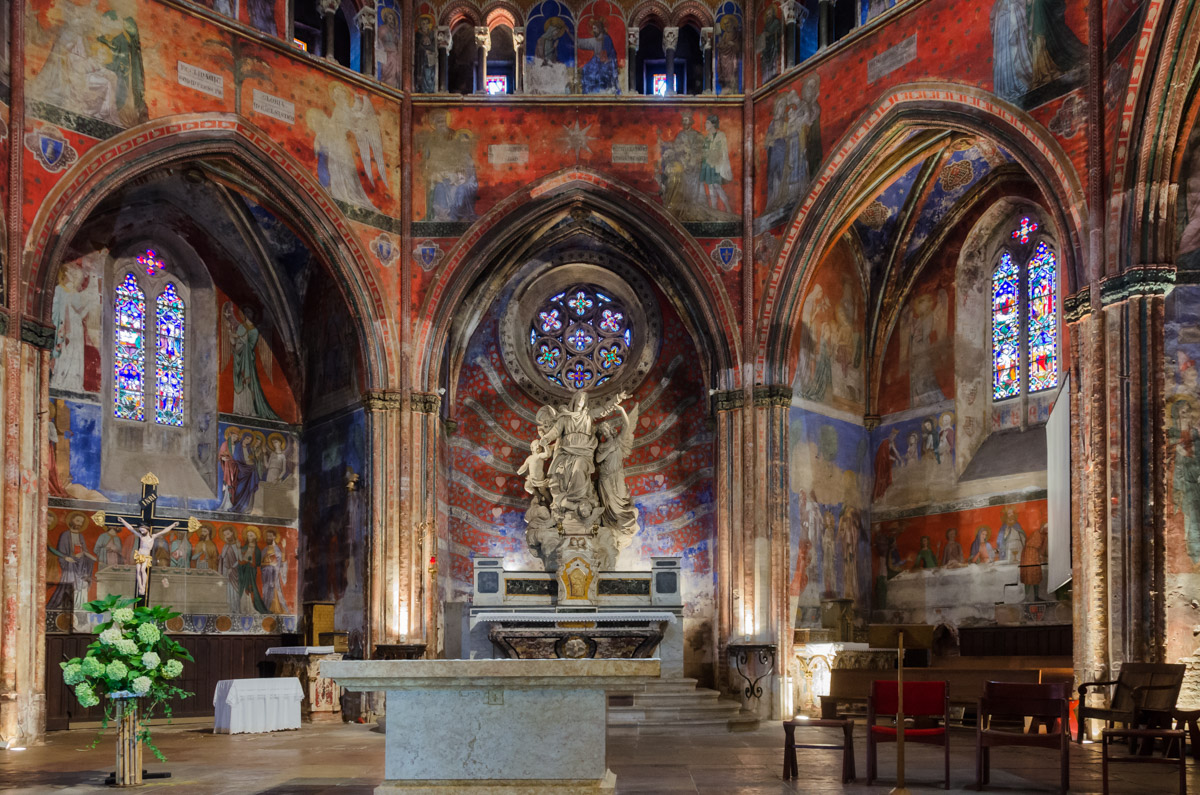 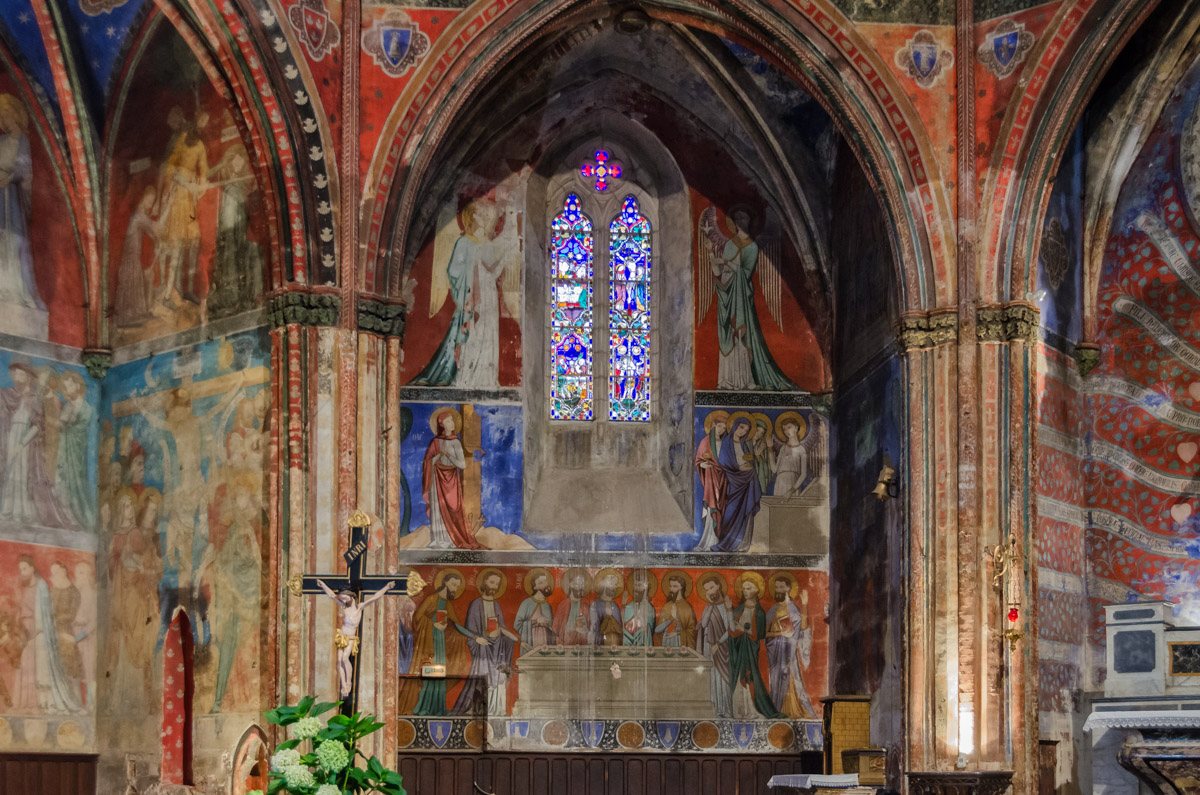 From the ceiling to the stained glass to the organ to smallest details, Notre-Dame-du-Bourg is a visual feast. 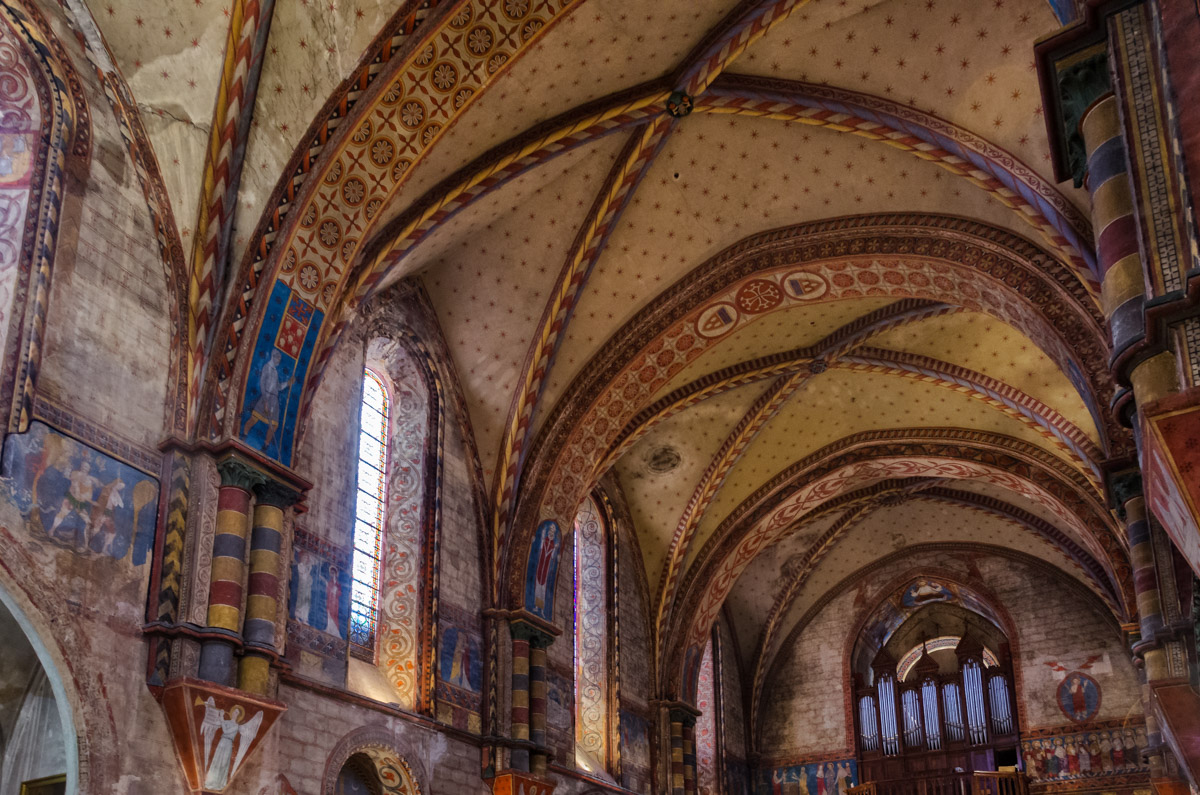 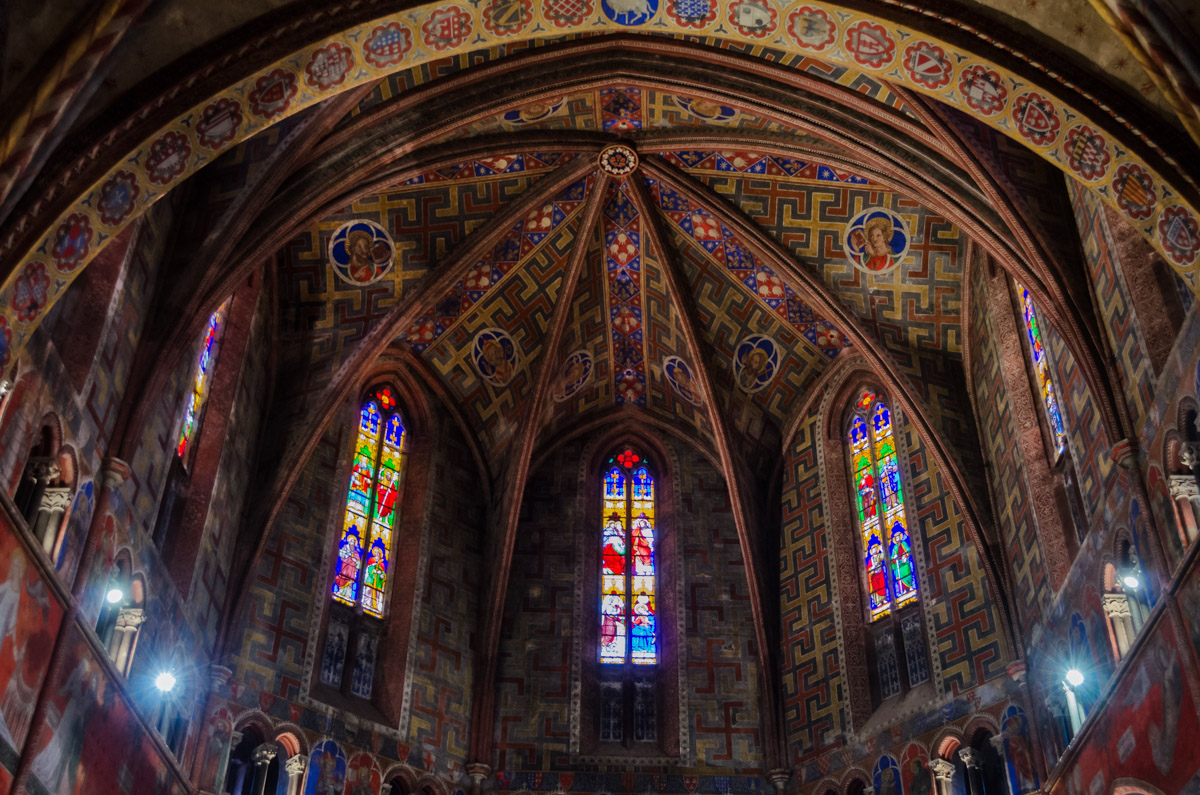 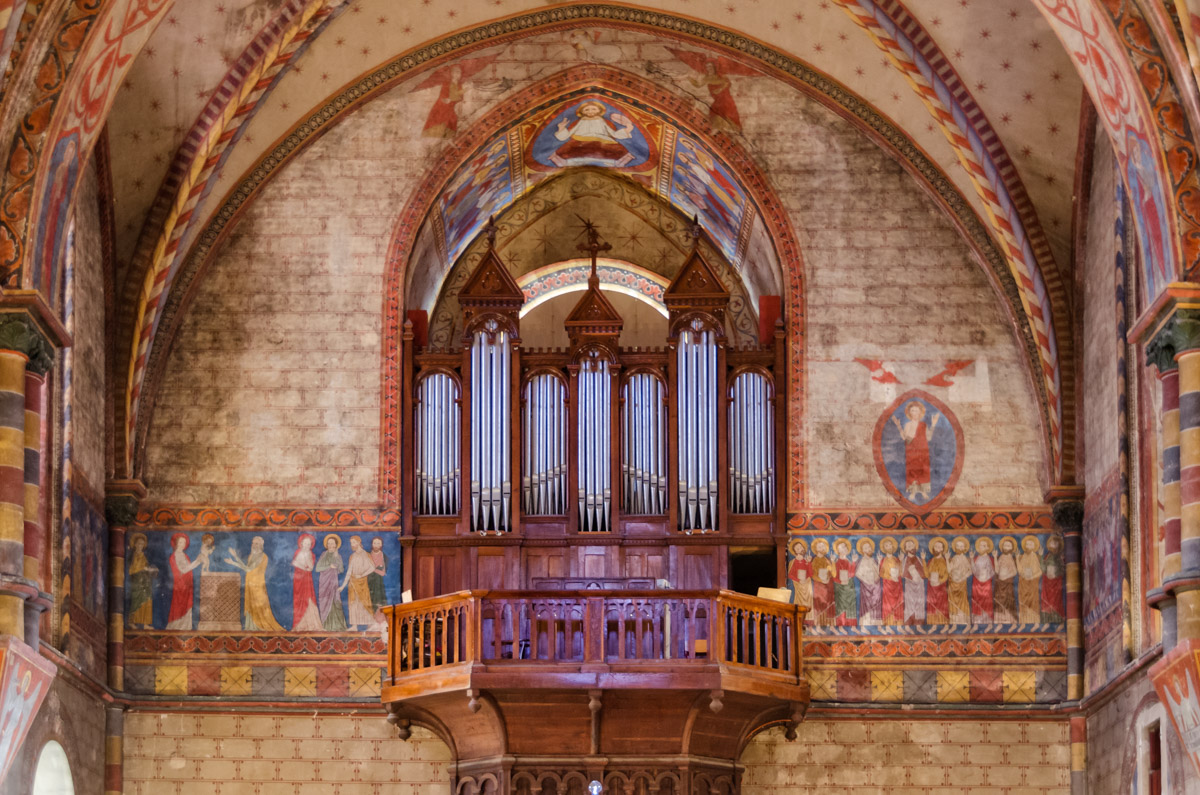 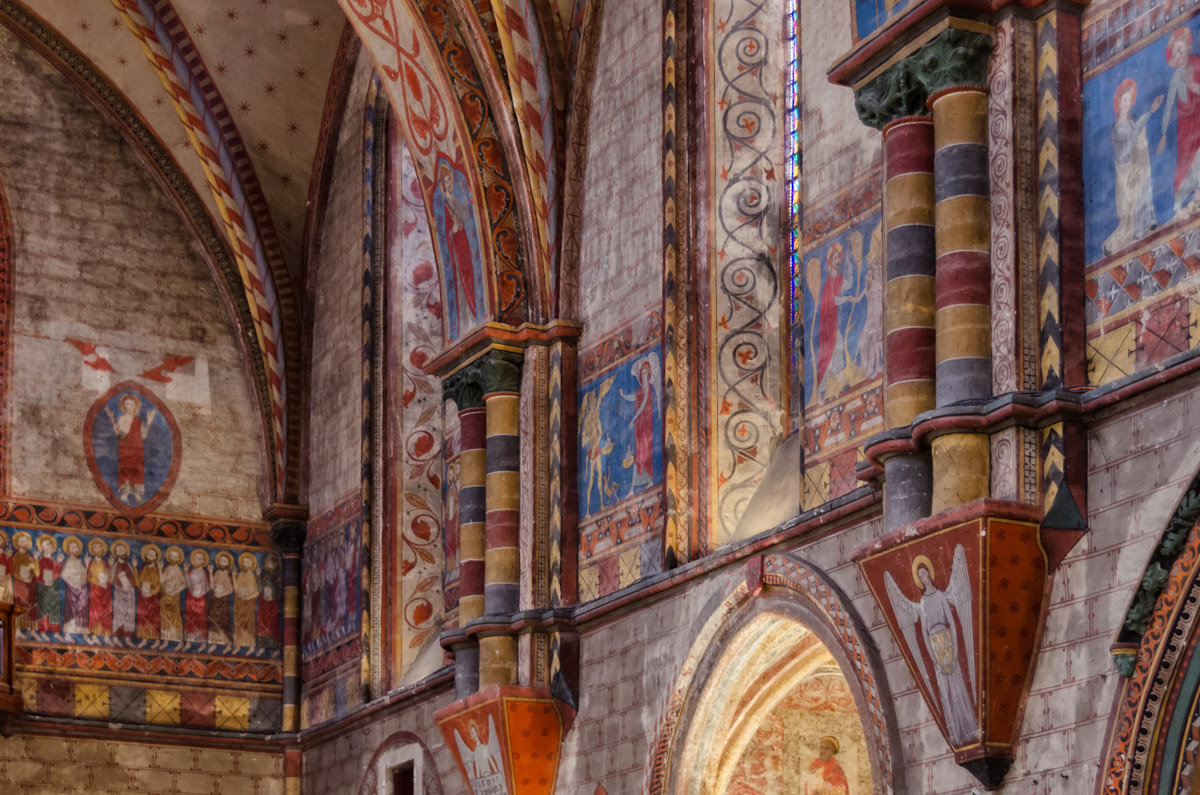 The out-of-the-way nature of this incredible piece of art was underscored by the fact that I was the sole caller for the duration of my visit. The only other person inside the church with me was a local conservation worker who was examining the state of some of the frescoes. Sadly, a few sections of the walls visibly appeared in need of restoration. 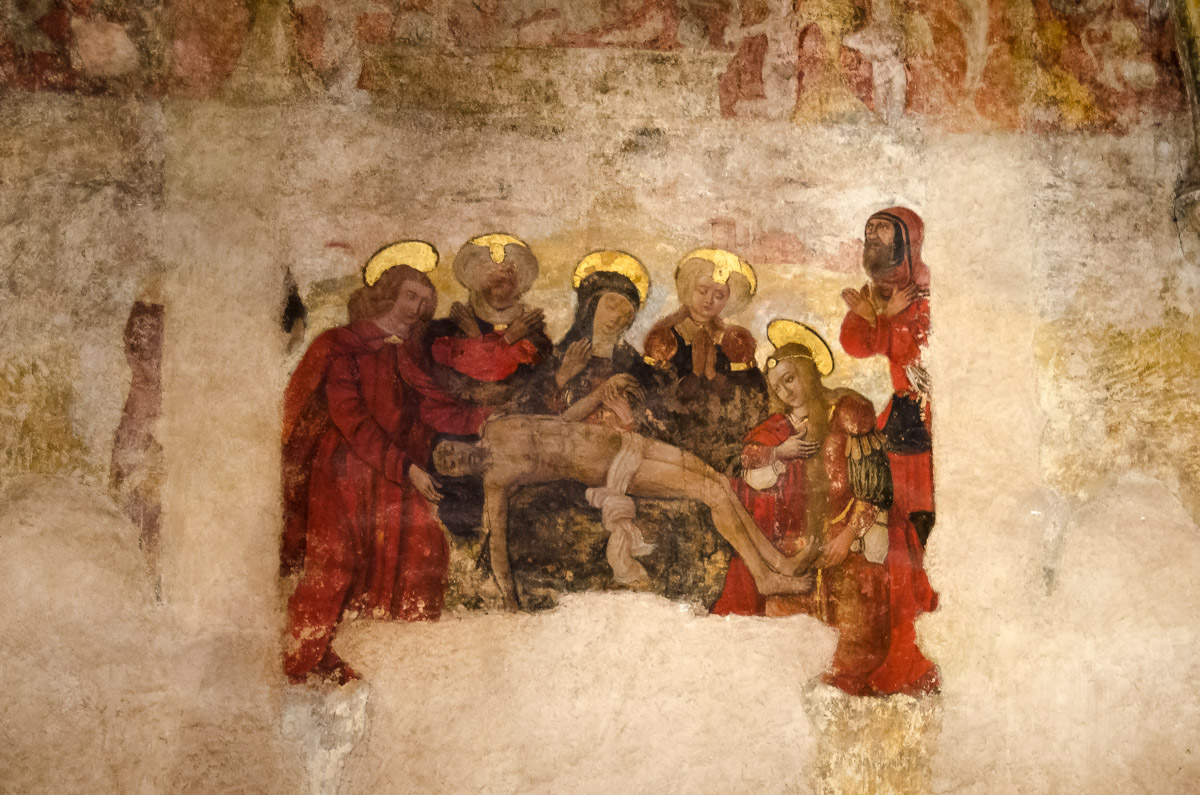 I have no discernible way to prove this, but it could be that the first component of this serial site that I saw was the one that will be impossible to beat in terms of impression.

My next stop was in Toulouse, at the Basilica of St-Sernin, which is considered among the most important stops on the pilgrimage route. It is stately in its appearance, dominated by the intricate tower. 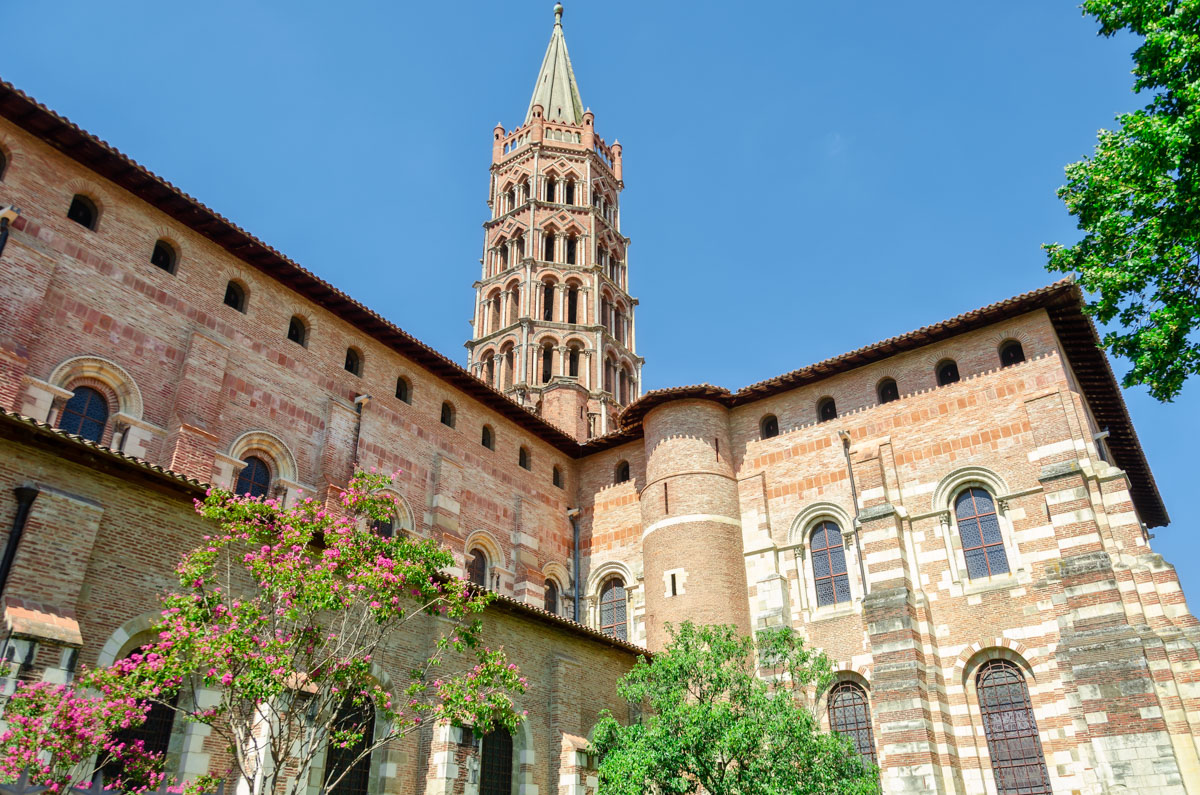 The large church, whose construction started in the 11th century on the site of the ancient basilica that had existed since the 4th century, is among the largest examples of Romanesque architecture. Unfortunately, its interior suffered in comparison with the cathedral of Albi and the aforementioned Notre-Dame-du-Bourg that I saw earlier the same day. There are definitely a few eye-catching details, but overall I found the interior relatively dull. 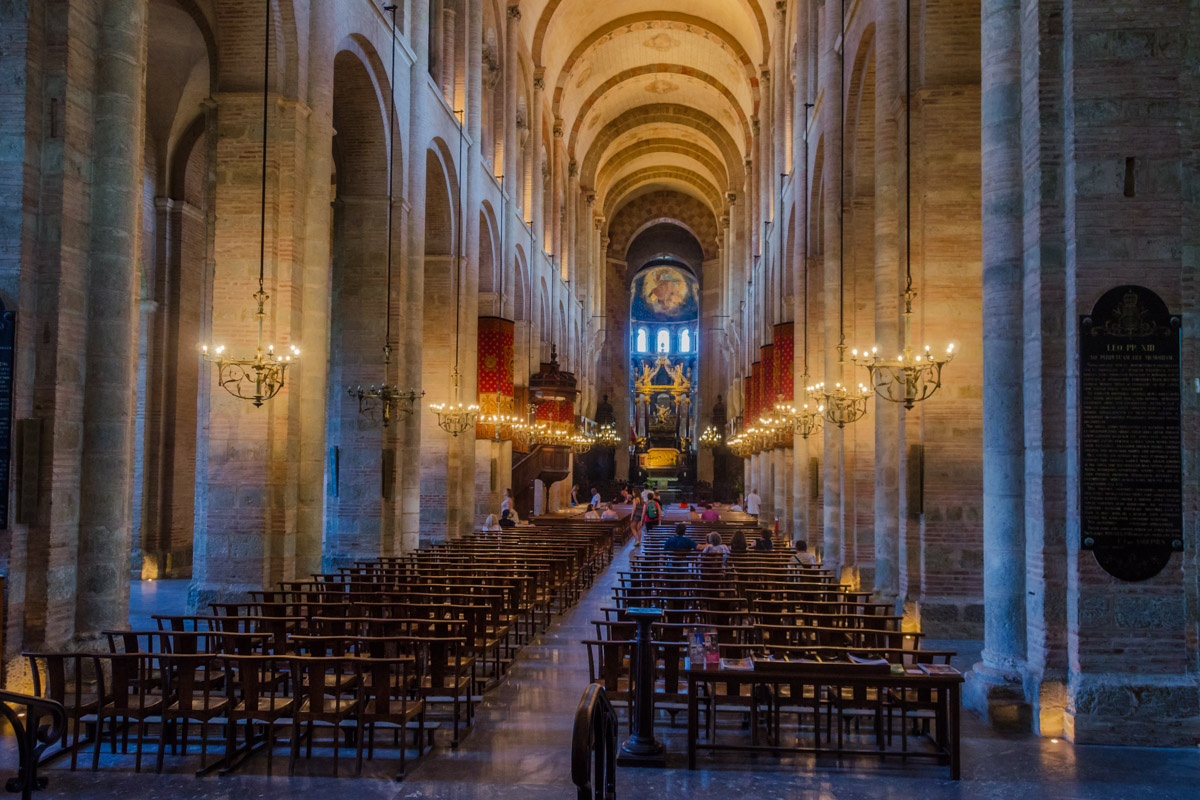 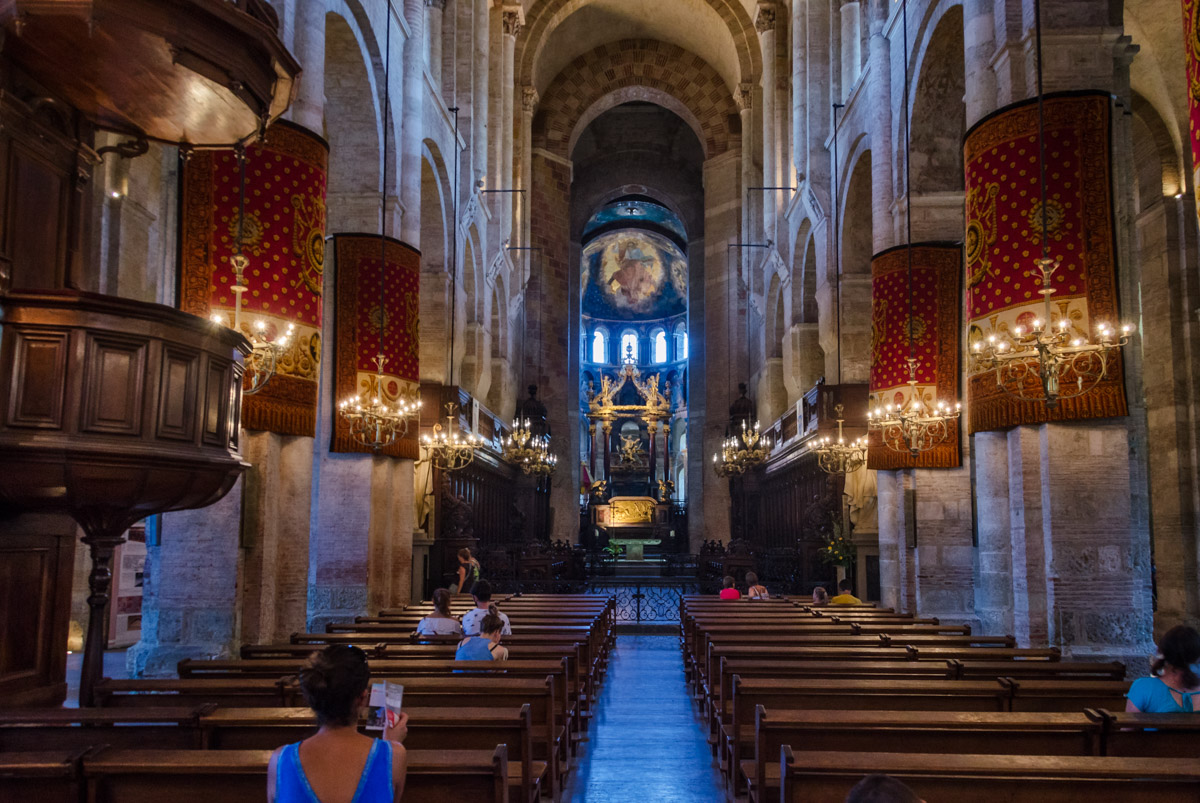 The splendid marble altar, as old as the church itself, is the most lavish attribute of the basilica. 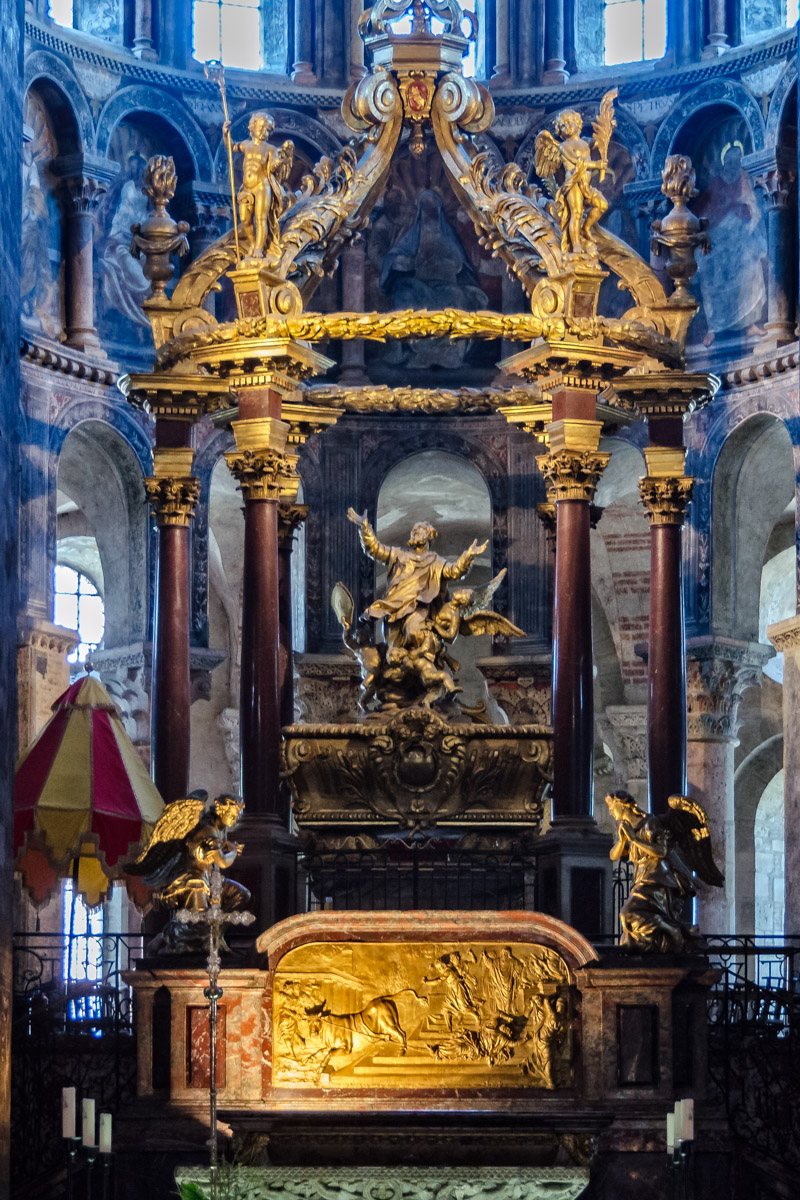 A wooden model harks back to times when a much smaller Toulouse was centered on the basilica. 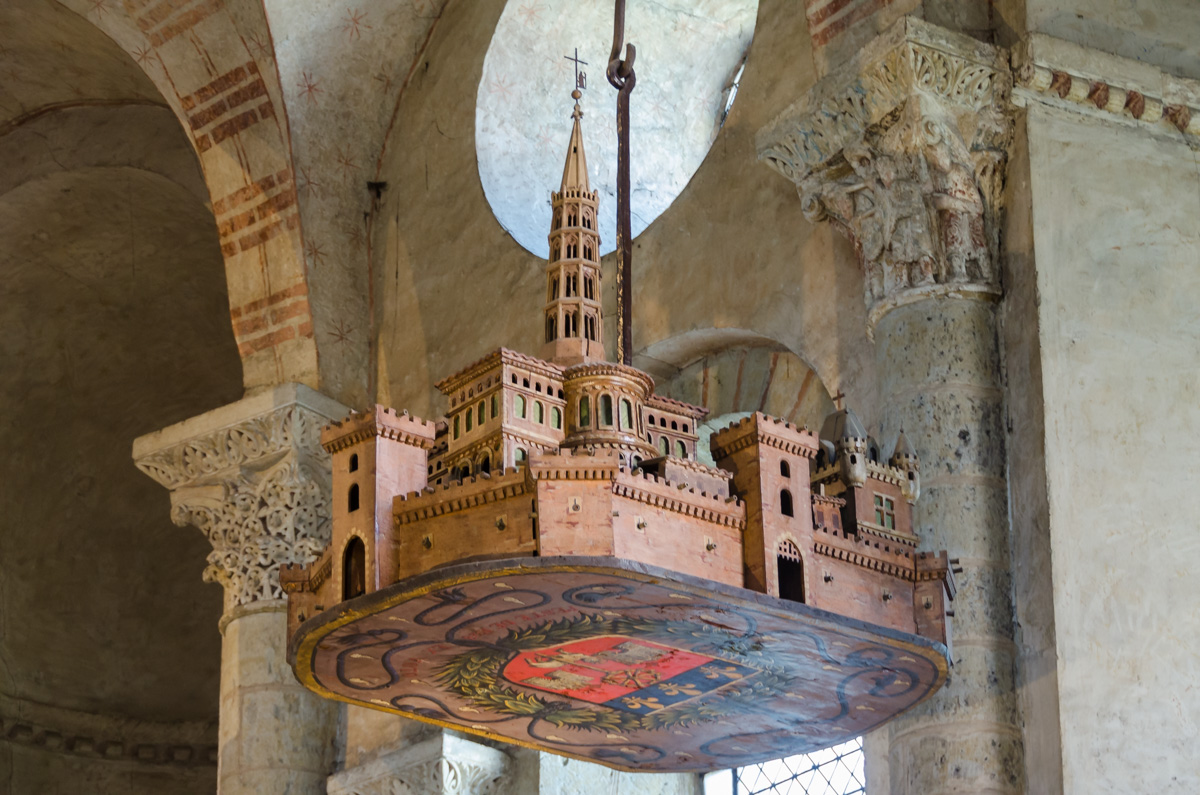 There are seventy other buildings that are part of this serial site (plus several stretches of the actual walking paths that are explicitly inscribed). Most of them are easily accessible in the centers of towns and villages. Since a church usually takes no more than an hour to explore, I have no doubt that I will see more of them in the future.