A bit of Philadelphia

One of Kimmy’s volleyball tournaments took place a couple of weeks ago in Philadelphia. I have been to the City of Brotherly Love many times before, but always with a very specific intraday purpose in mind, which limited my photographic exploits. This time around, I gave myself a bigger window to take pictures.

In fact, I took advantage of the overnight stay to get up really early in the morning, walk to the midpoint of the Benjamin Franklin Bridge, and photograph the city at sunrise.

Here is the perspective along the bridge. 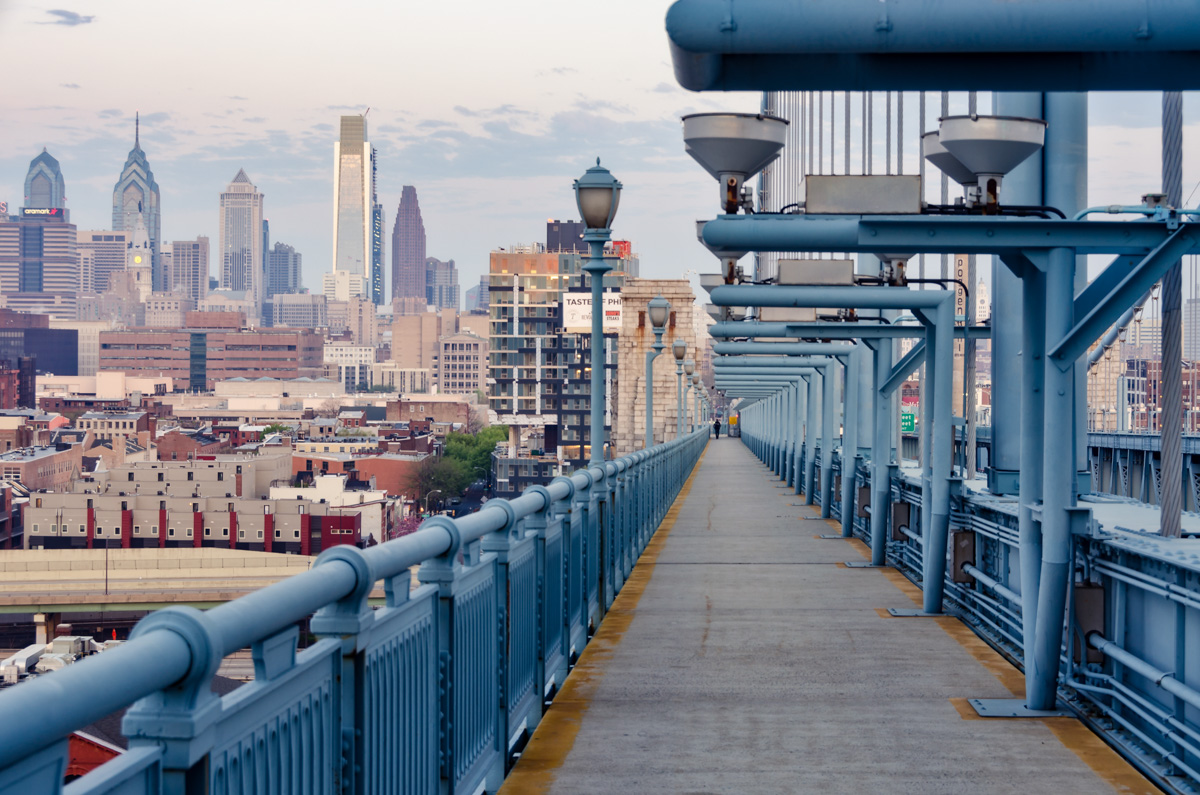 And here is the sequence of city shots roughly 10 minutes apart. 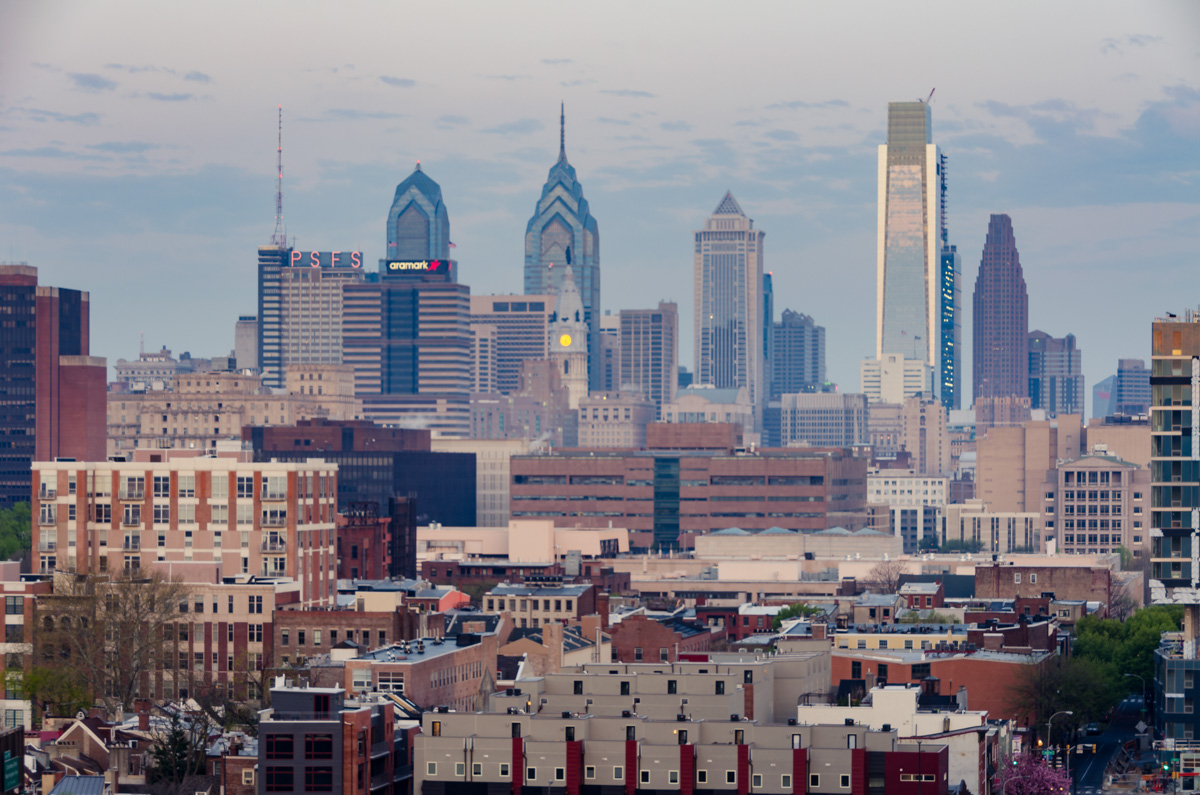 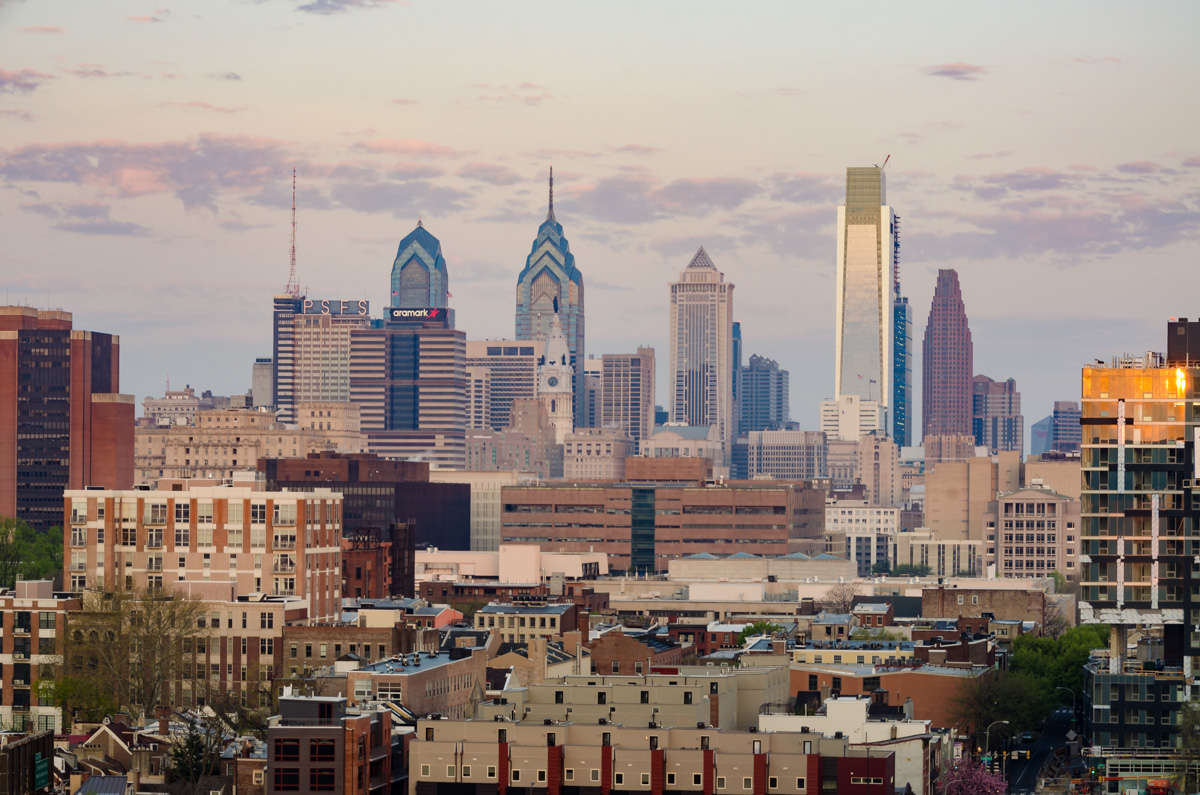 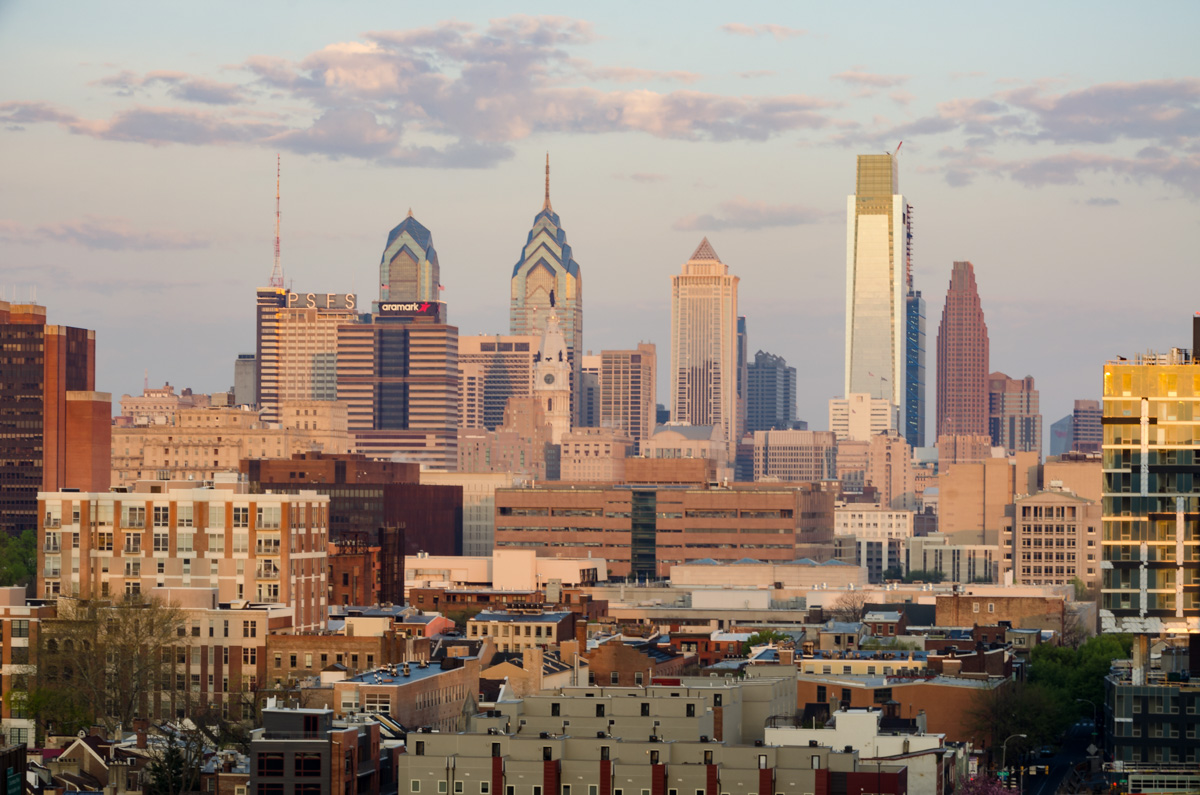 Let’s have a wider perspective when the sun is already up. 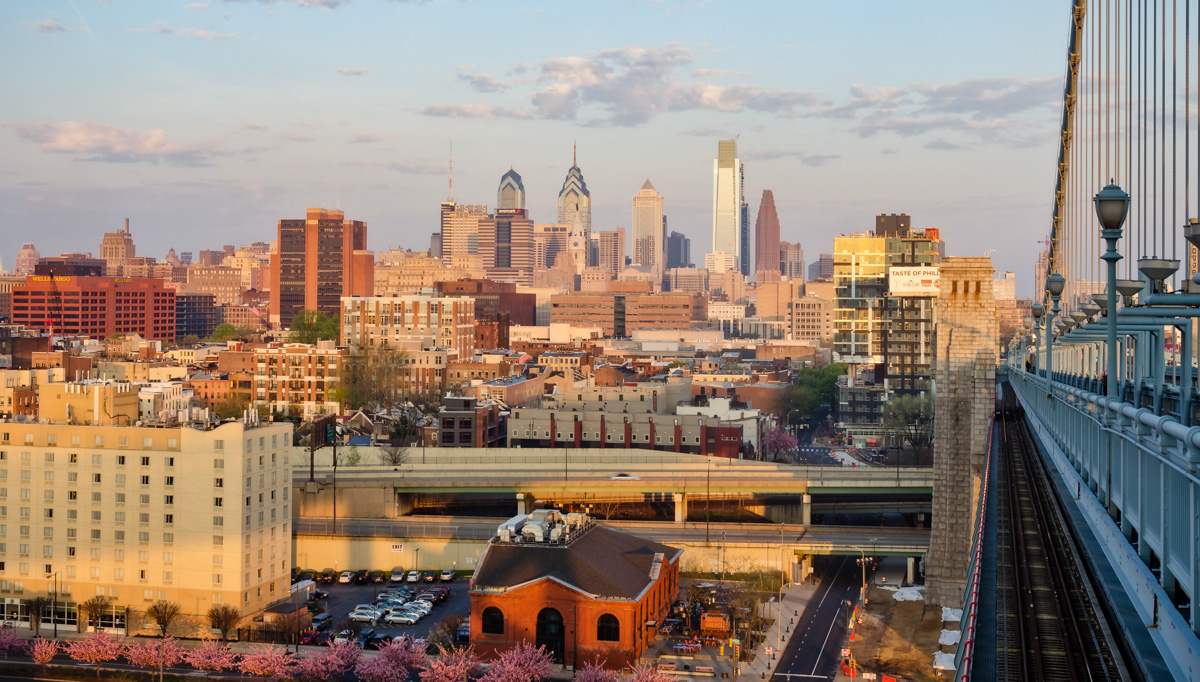 And a different part of the city as seen from the bridge. 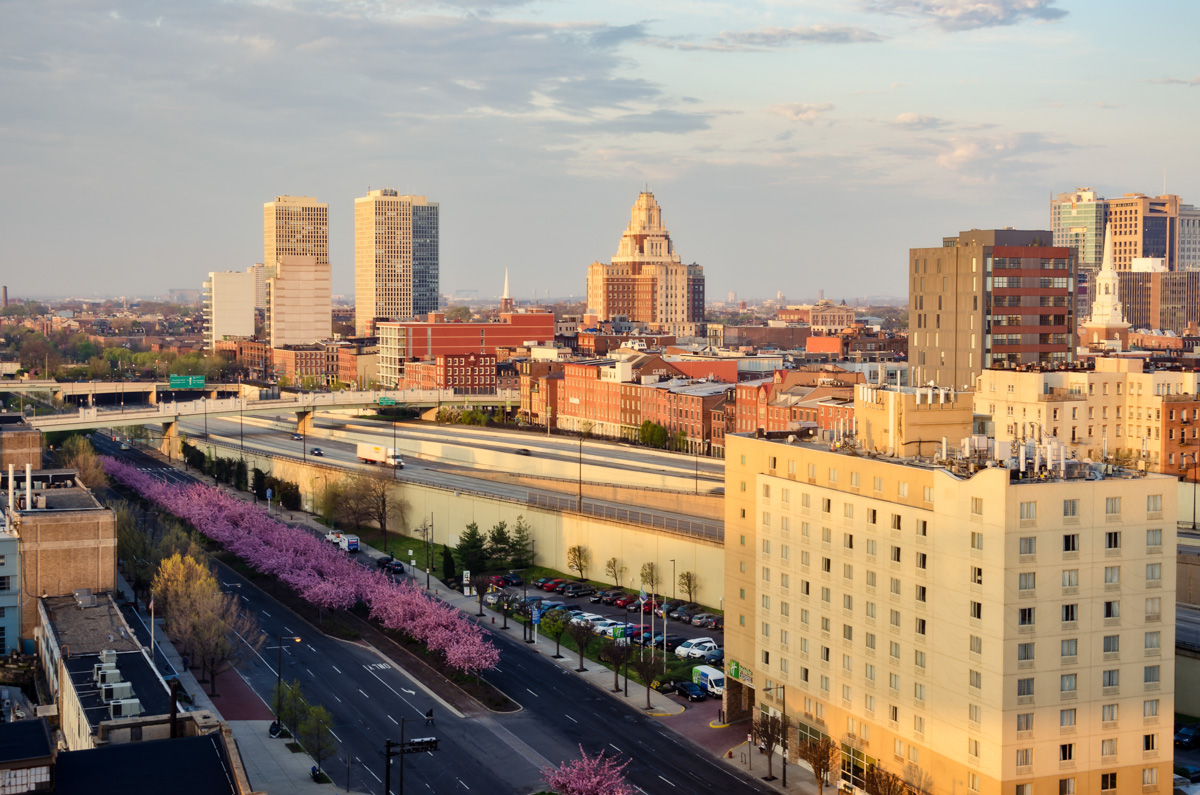 Later that same morning I stopped by the banks of the Schuylkill River to photograph the picturesque Boathouse Row. 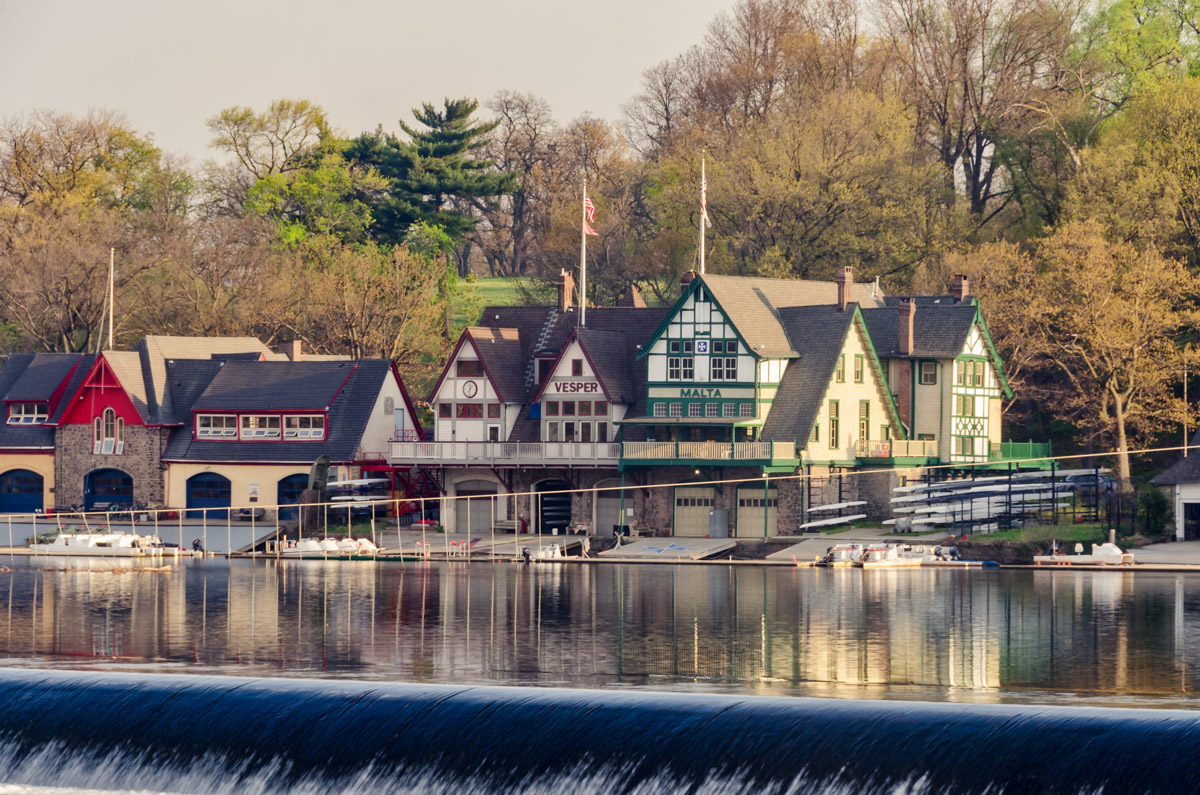 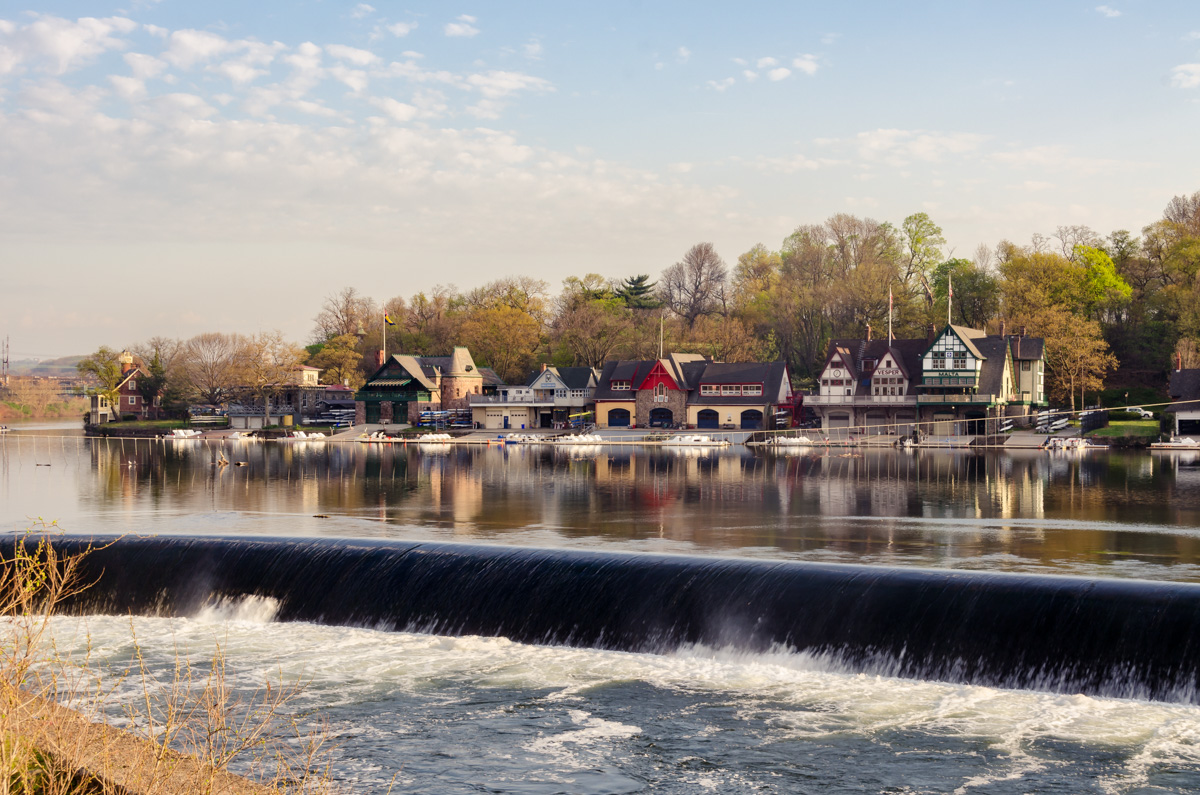 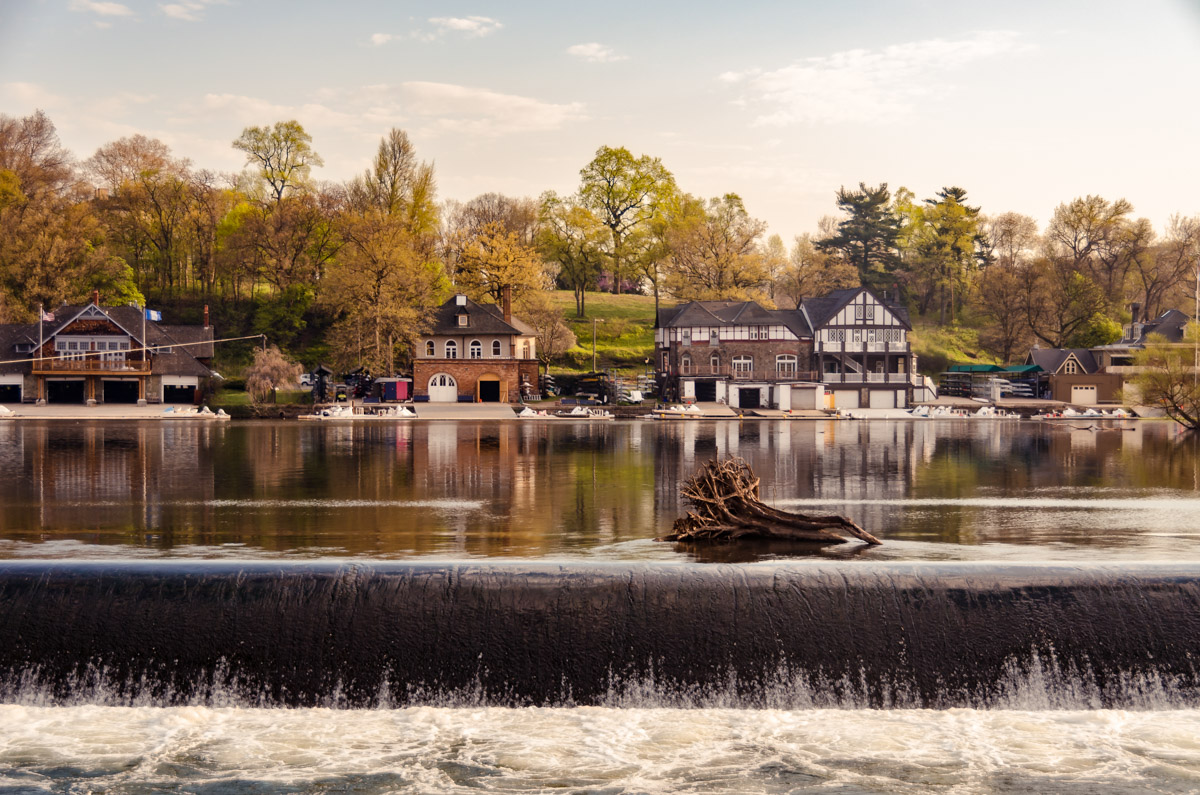 I also wanted to take pictures of the iconic steps of the Museum of Art, but as my luck would have it, it was already disfigured by temporary spectator stands in preparation for the upcoming NFL Draft. There must have been some other event happening in the same place on Easter Sunday, and the sleepy event staff was mightily annoyed by a random guy with a big camera who was attempting to find reasonable photographic angles at seven in the morning. The guy was annoyed right back at them, for ruining a part of his photo-walk. All that he could capture in the vicinity was the rather underwhelming Rocky Statue. 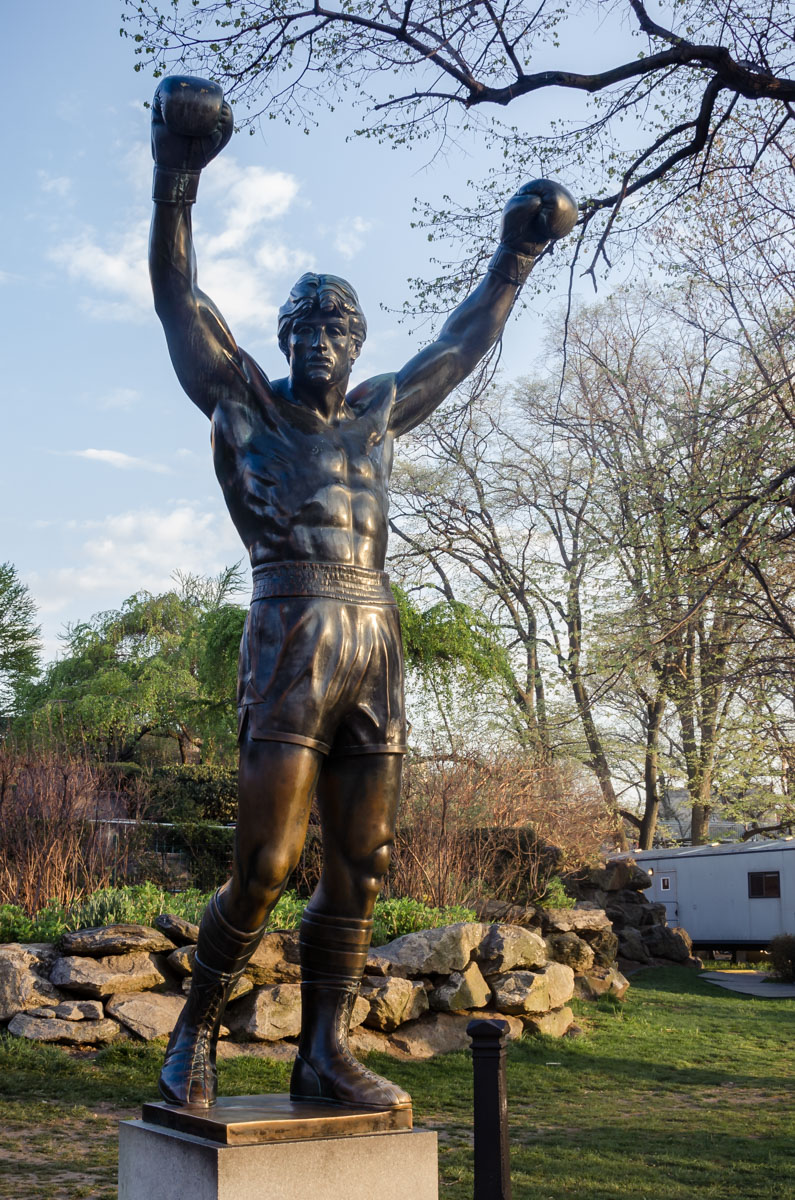 A few other pictures. 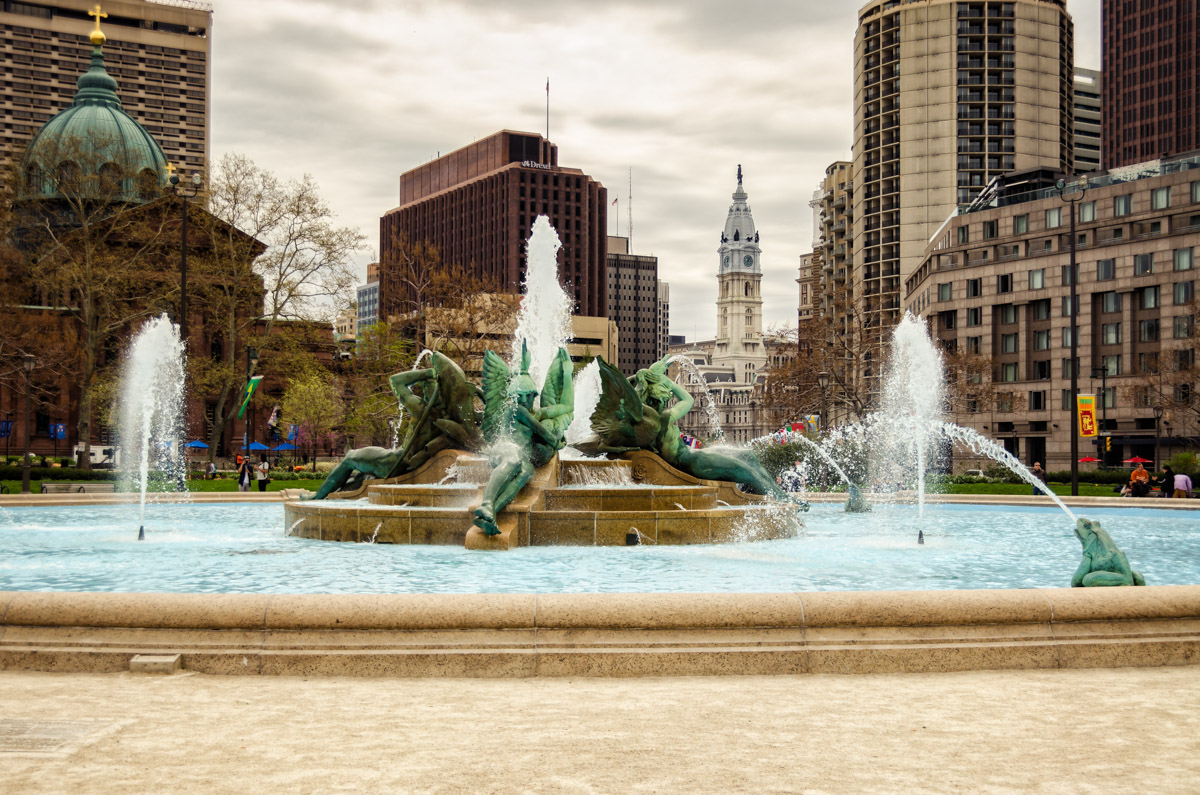 View along Benjamin Franklin Parkway towards the City Hall. 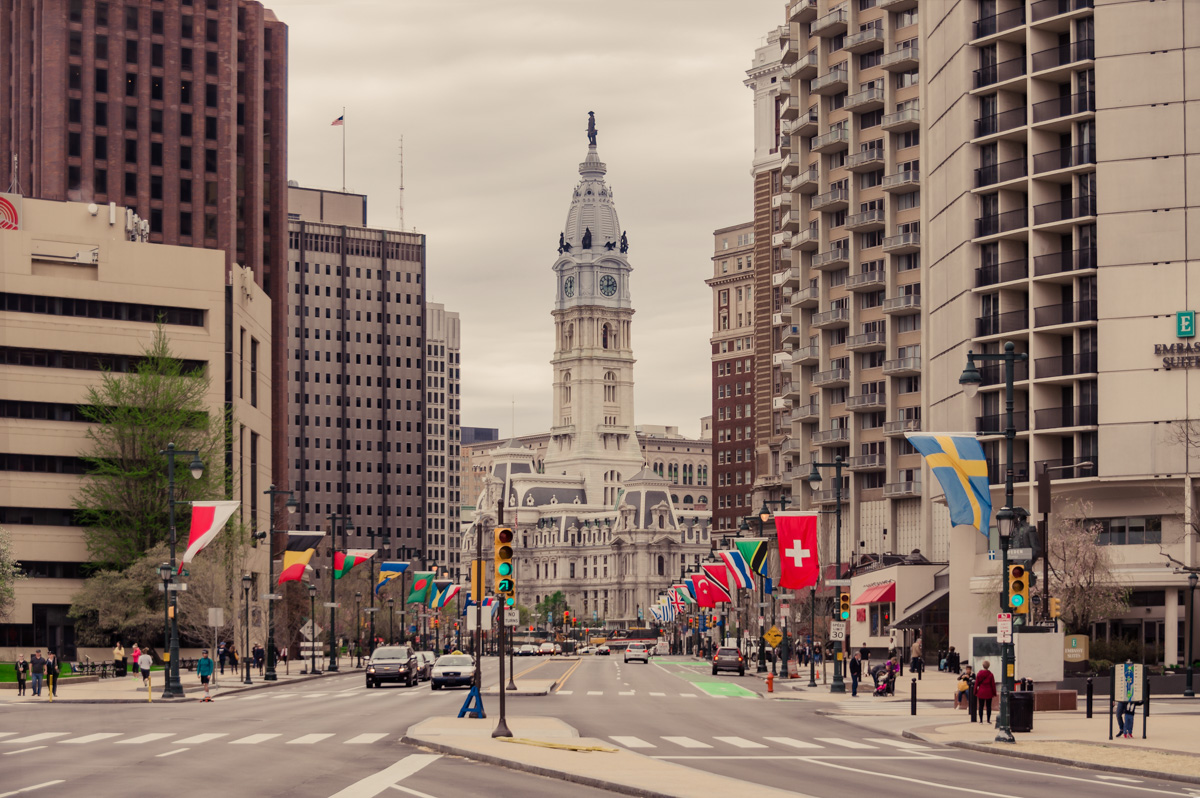 An eye-catching house in the lively Rittenhouse Square district. 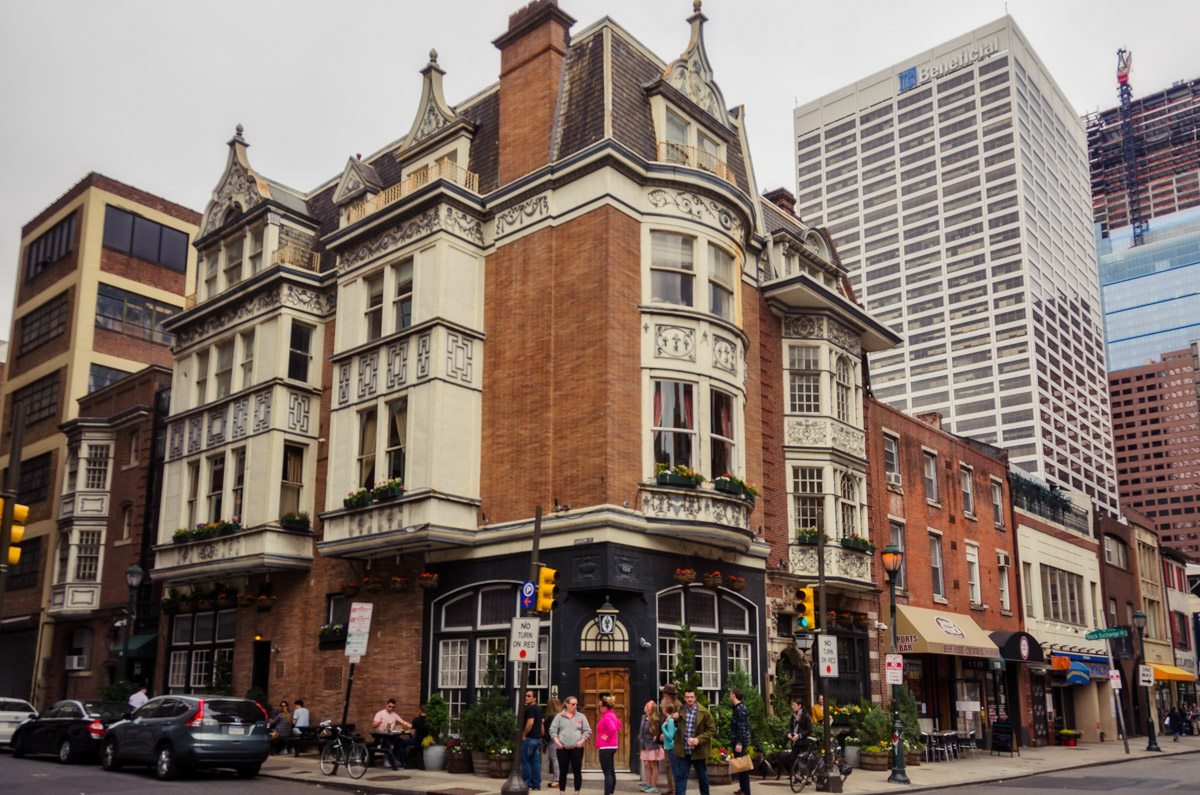 A fragment of the Rittenhouse Square. 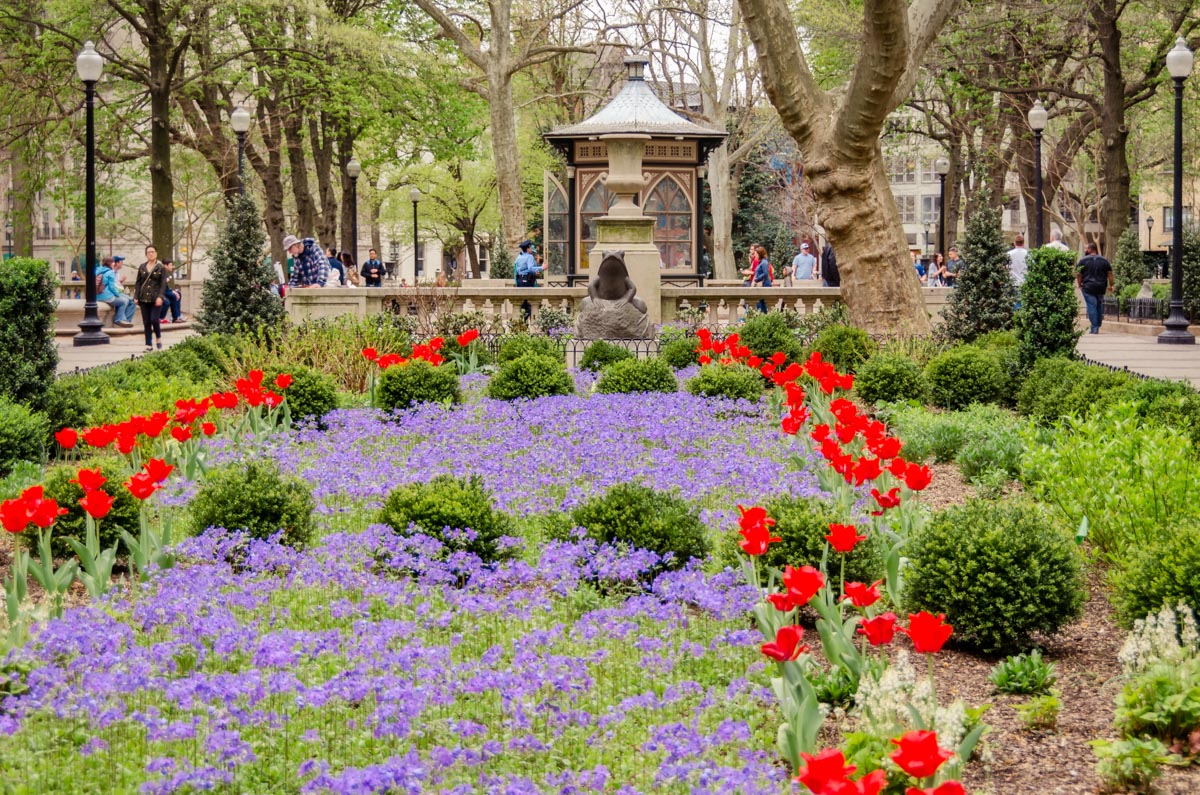 Foucault Pendulum at the Franklin Institute. 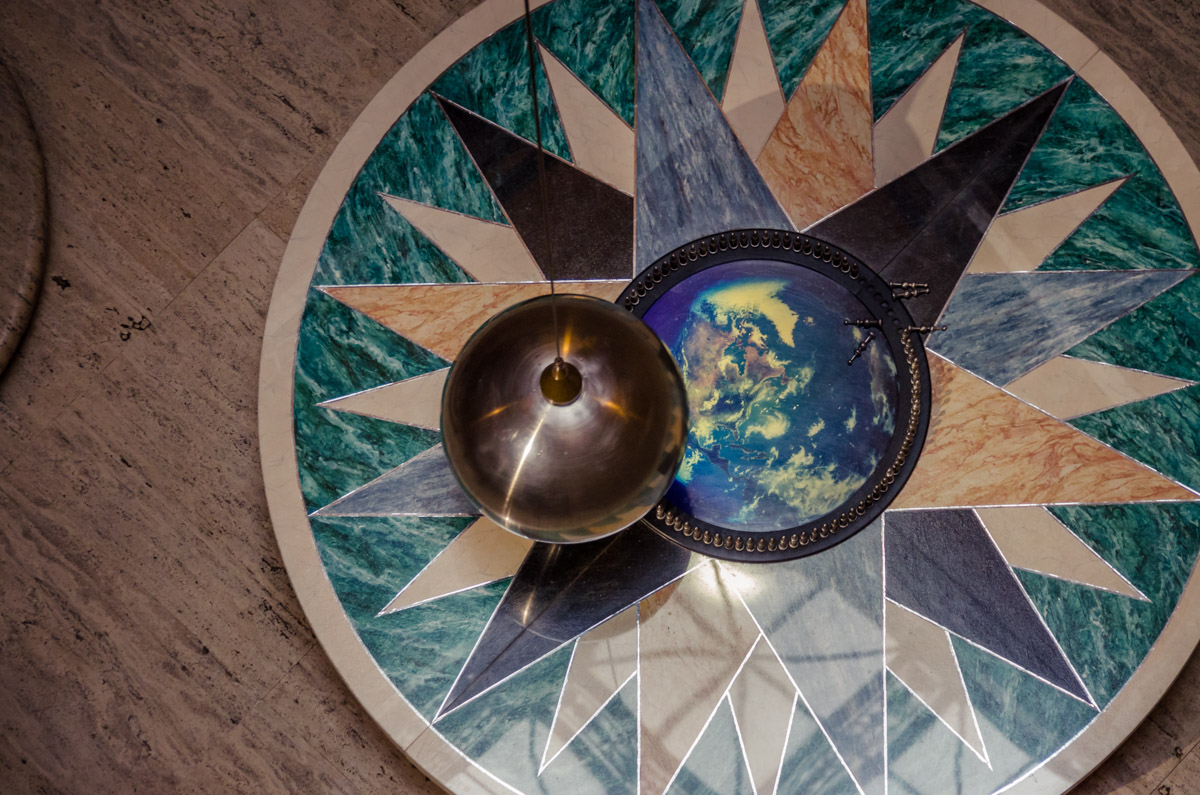 And the youngest of my muses. 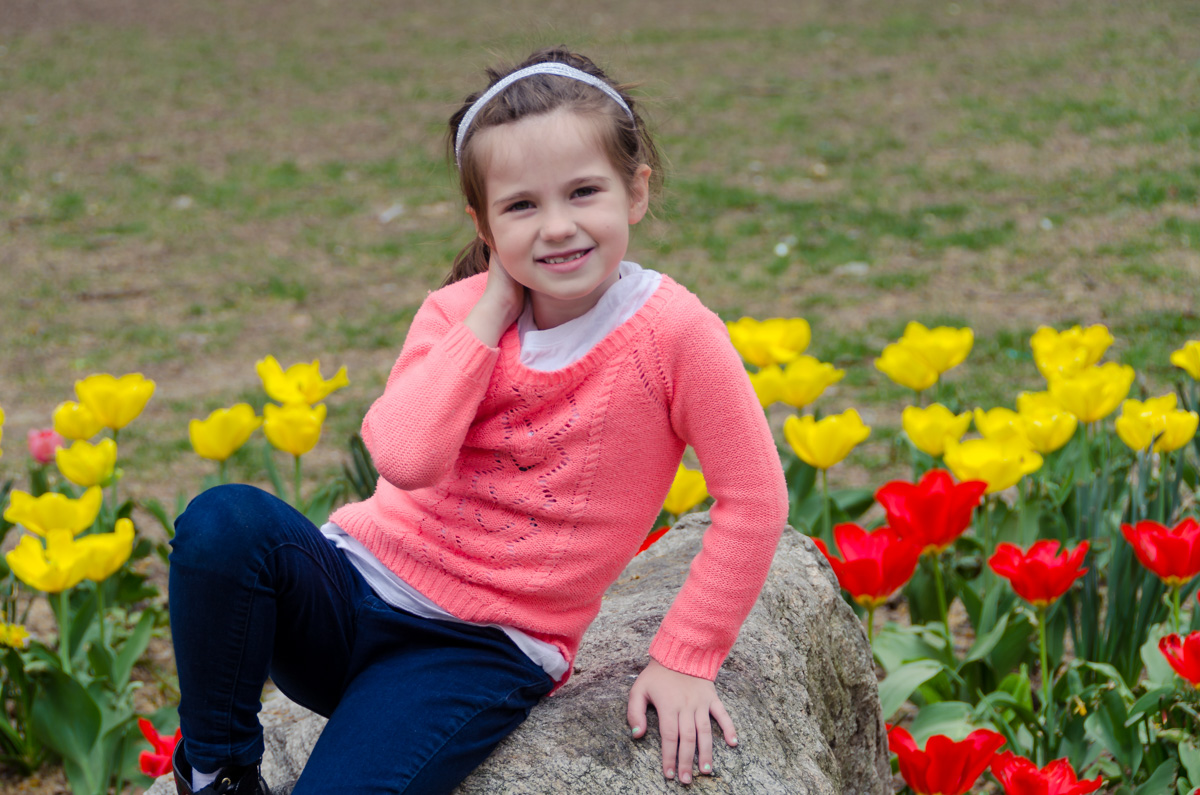 Philadelphia keeps growing on me with every visit.