A rainy morning in Dublin

My ambitious schedule on the recent trip to the British Isles left me only the morning of the day of the departure for a stroll around central Dublin. To a certain degree, that was appropriate: Dublin is a pleasant enough town, but it is not generously endowed with can’t-miss sights. Two or three museum visits could stretch the time to explore the city to a couple of days, but if all you do is walk about, you will probably cover most of the points of interest in a matter of a few hours.

Of course, my luck invariably dictated that the particular morning of my stroll would be the wettest of the entire week. So, a lot of dull blown-out sky in the pictures that follow.

Not that there were not any benefits to being outside in the rain. For instance, the main pedestrian shopping area of Grafton Street is usually significantly more crowded. 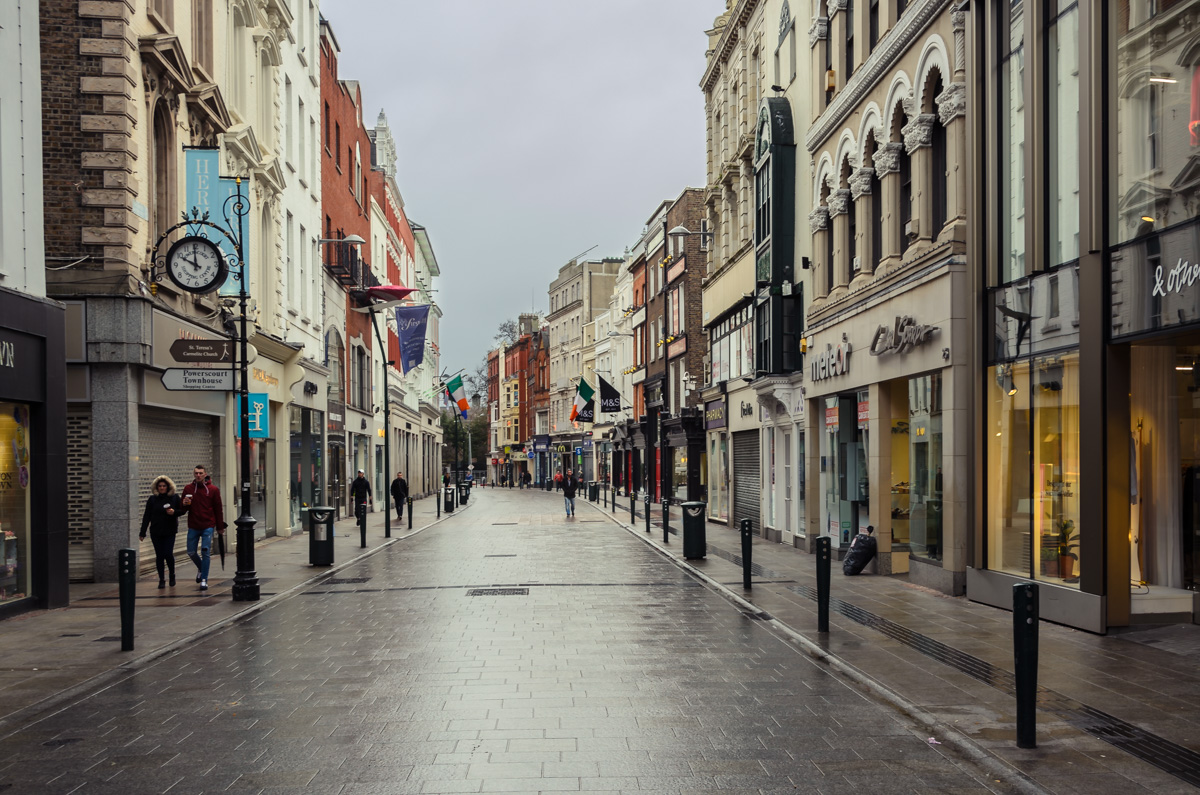 One of the most impressive sights in Dublin is the Castle. Somewhat surprisingly for a royal residence and a seat of government with nearly 850 years of history, it does not hold a commanding position within the city topography. You cannot really see it from afar – you have to go find it in the maze of central streets. 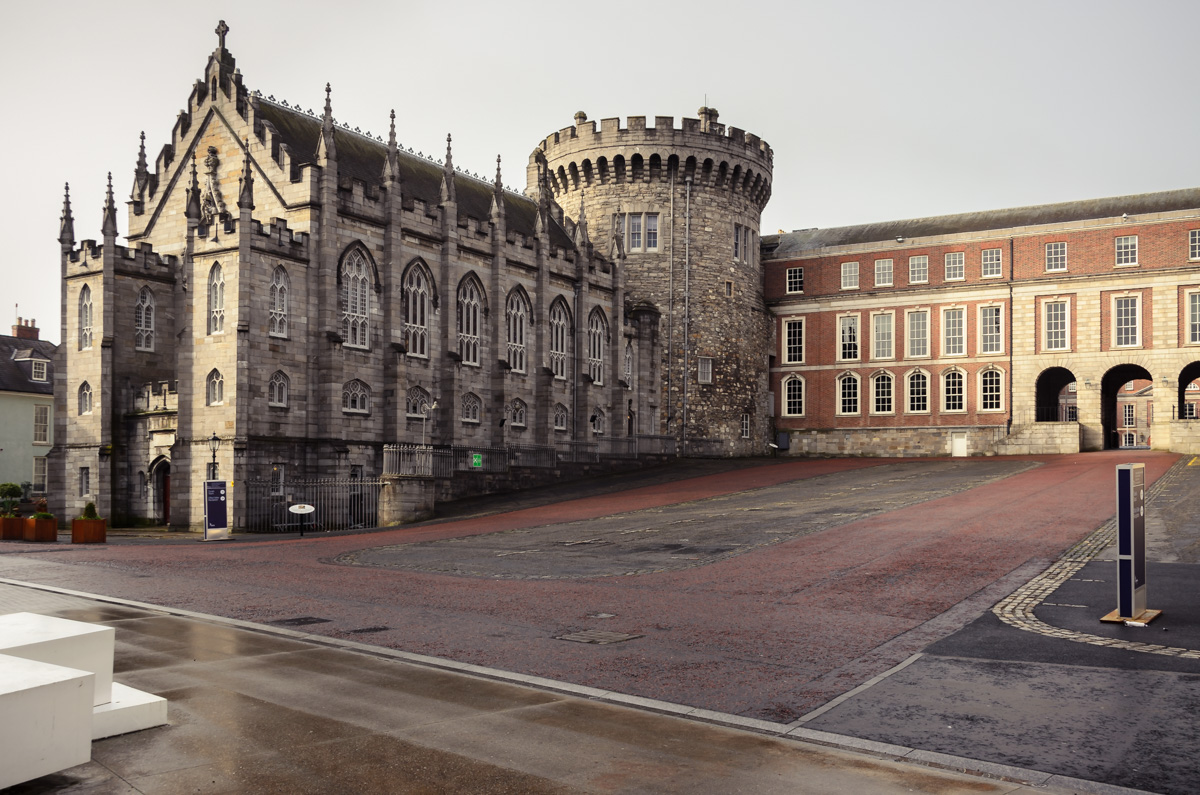 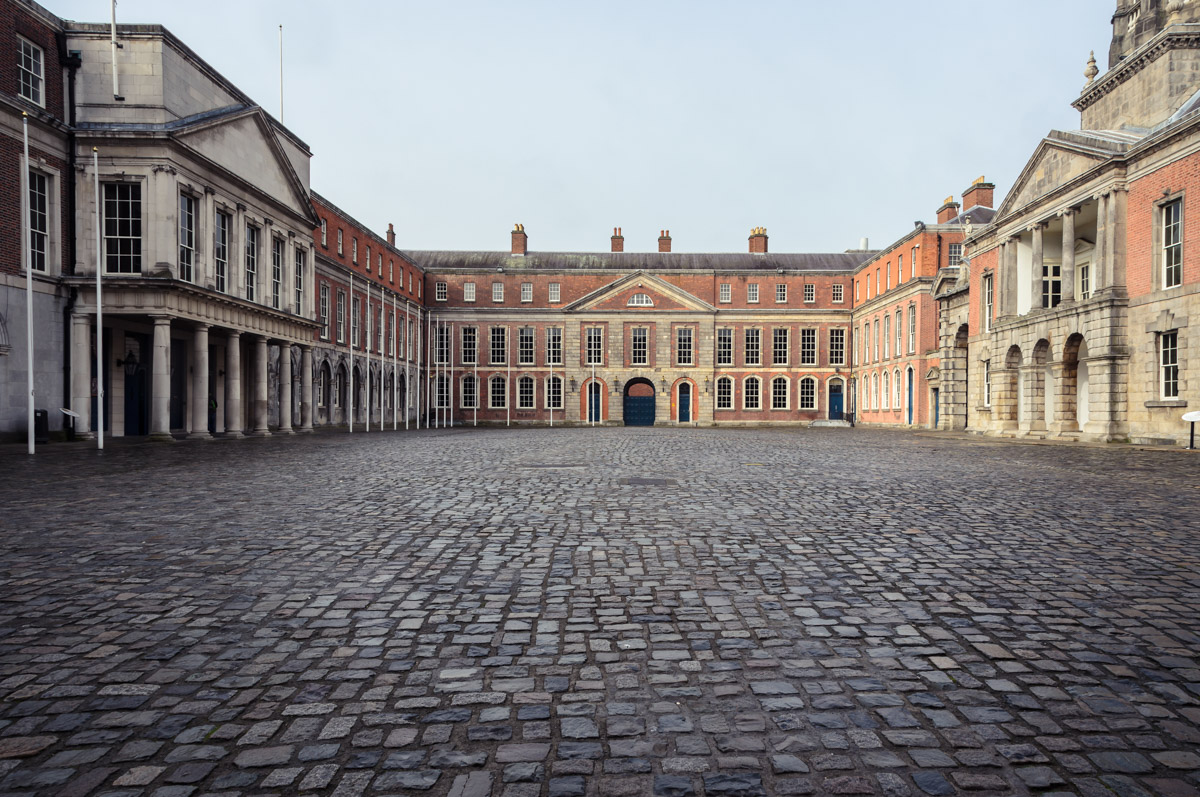 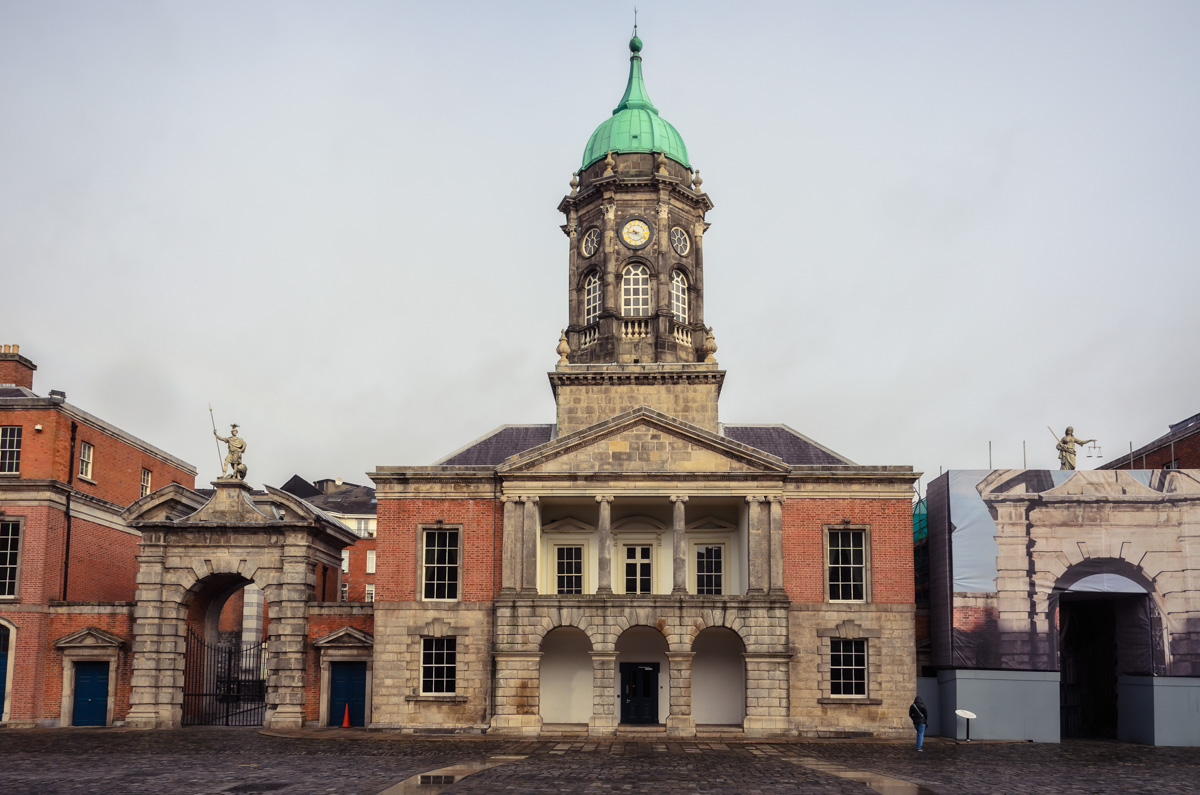 The view from Dubh Linn Garden, nestled behind the castle, is a most colorful palette. 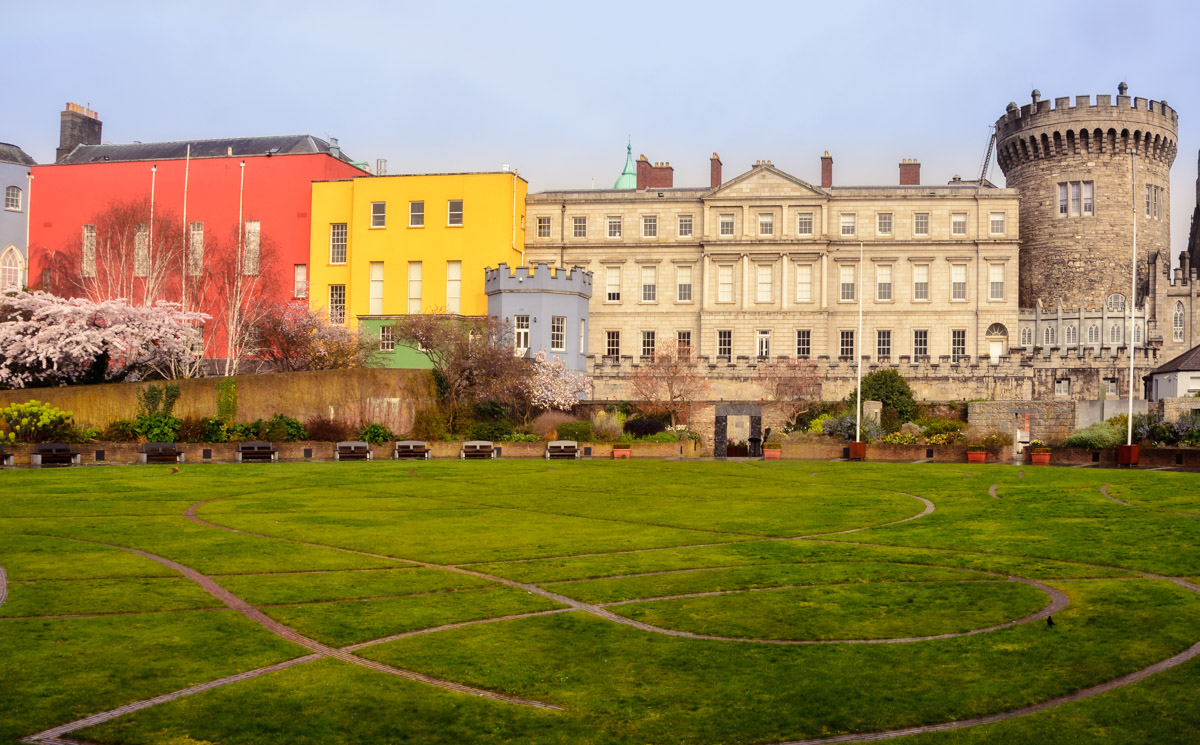 There are two medieval cathedrals in Dublin. This is the elder one, Christ Church Cathedral, dating from 11th century. 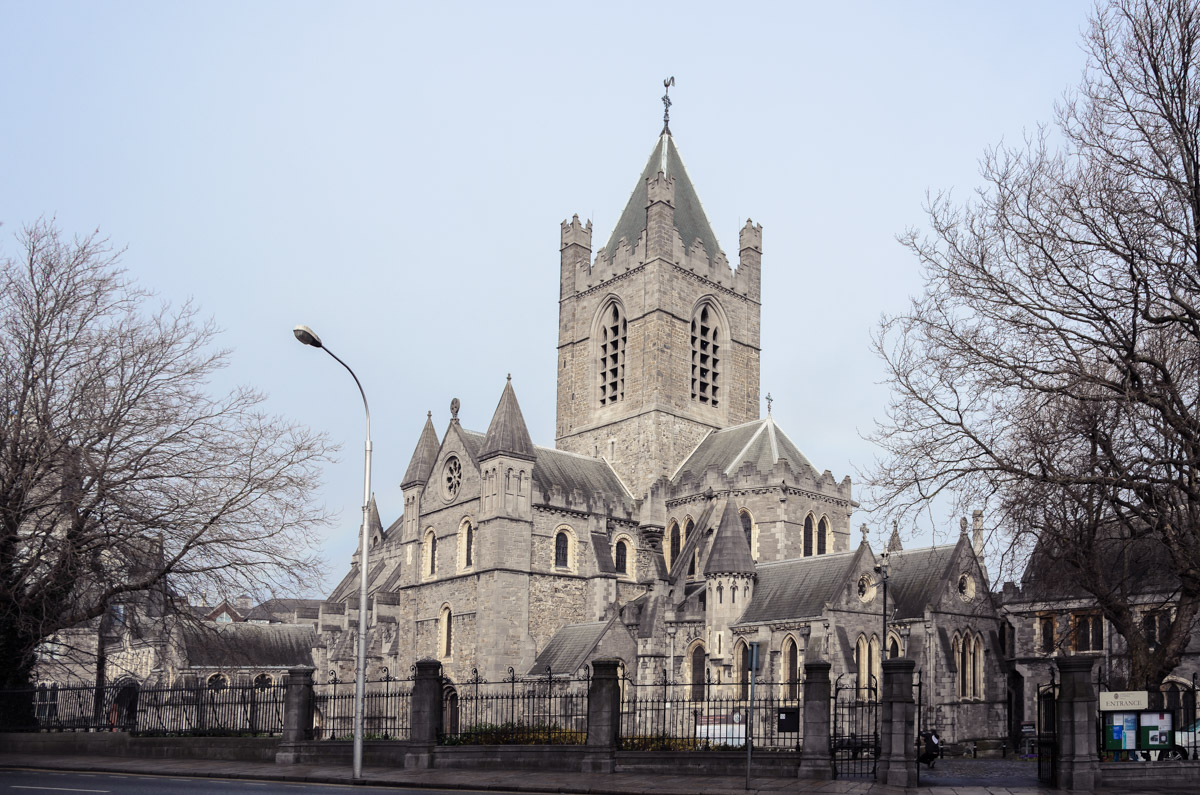 The day being Sunday, it was not open to visitors until after the morning service, so I did not see the interior. I also calculated that it was not worth to walk to the other cathedral, St Patrick’s, for the purposes of exterior photography.

I took the next shot without giving much thought to the inscription on the building façade. Turns out I captured the home of the oldest charity in Dublin. The Sick and Indigent Roomkeepers Society was created in 1790 by a group of regular people, neither rich nor famous. They just thought they could help those less fortunate around them. Pretty admirable, from any angle. The long name of the society included the qualifier “of All Religious Persuasions”, which is also quite remarkable given the Irish Catholic-v-Protestant history. 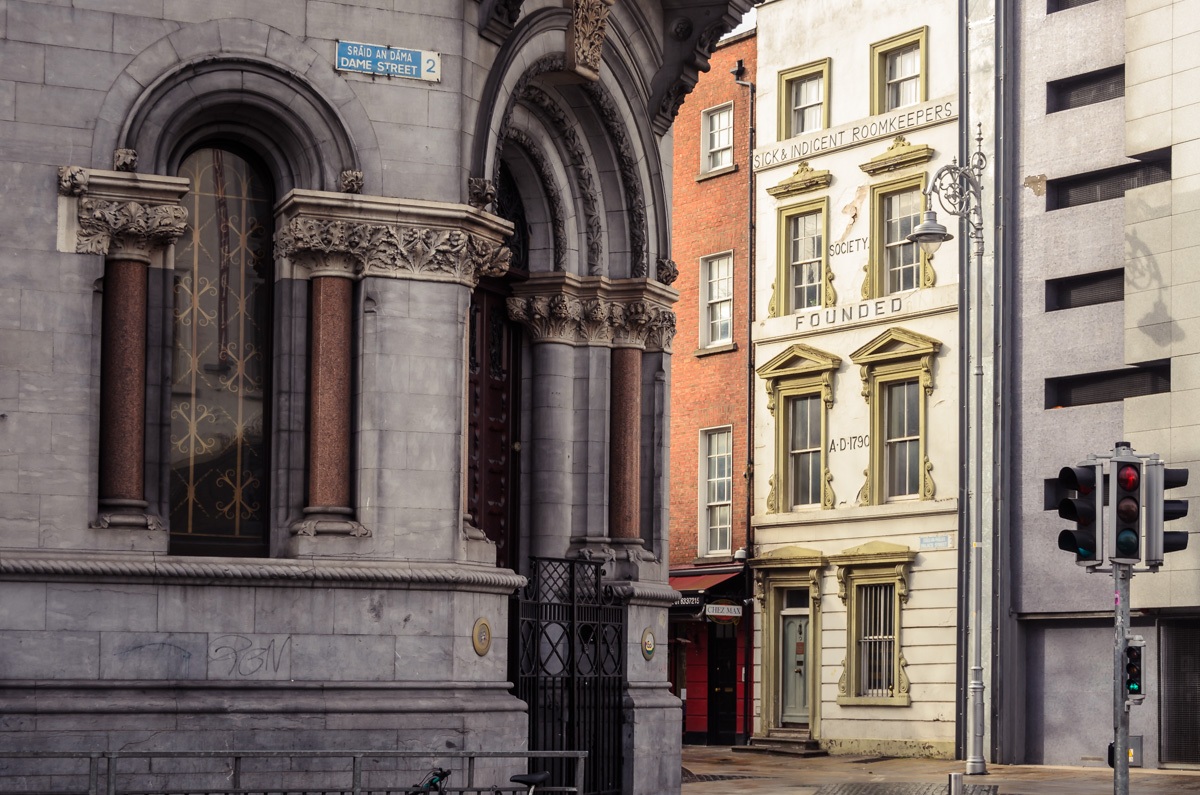 If there is a visual symbol of Dublin, it must be Ha’penny Bridge. 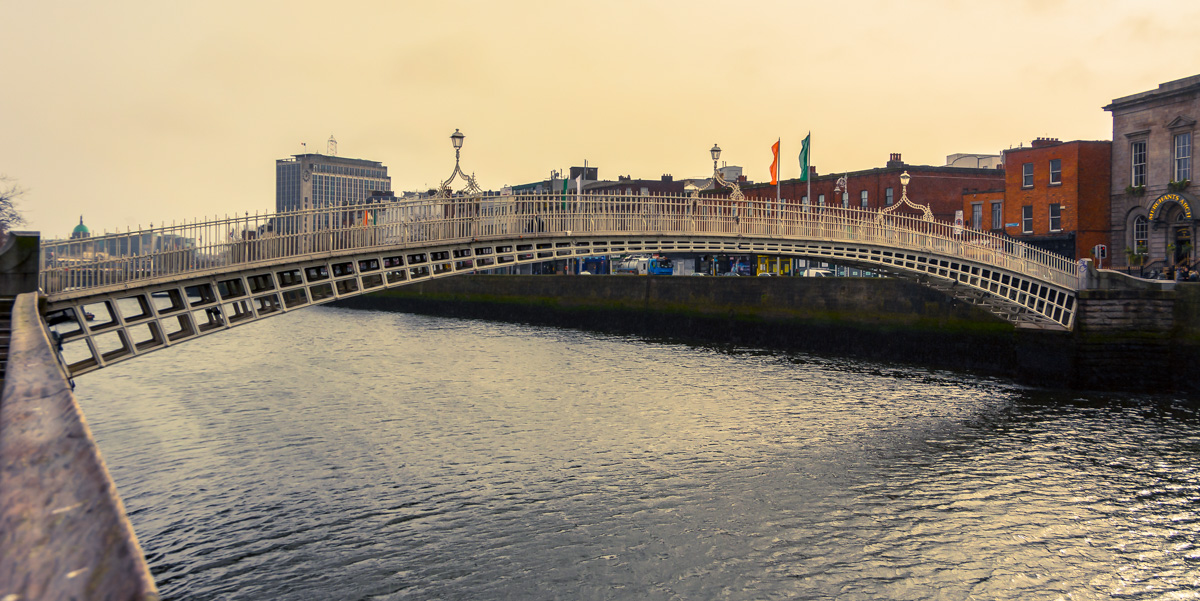 The pedestrian bridge just had its 200th birthday last year. Officially known as the Liffey Bridge, it owes its well-known nickname to the amount one would have to part with in order to cross it. 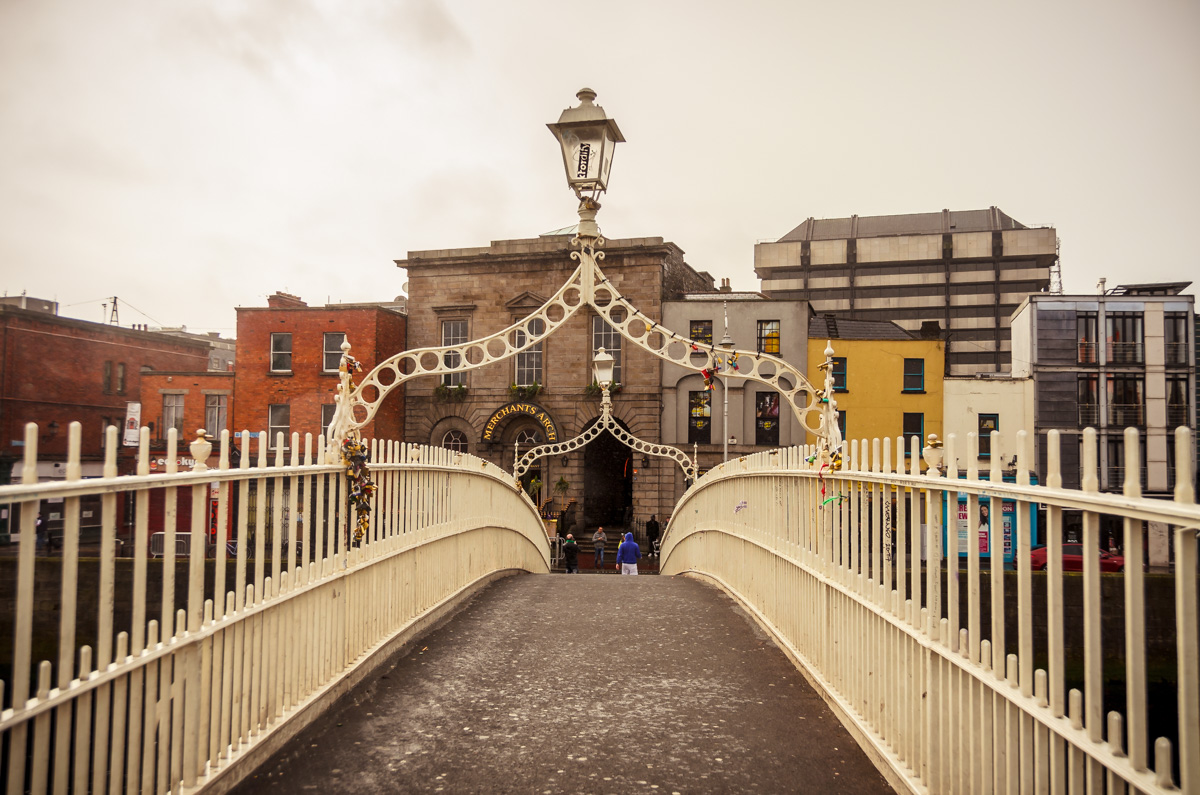 Here is the view along River Liffey towards the dome of the Custom House. 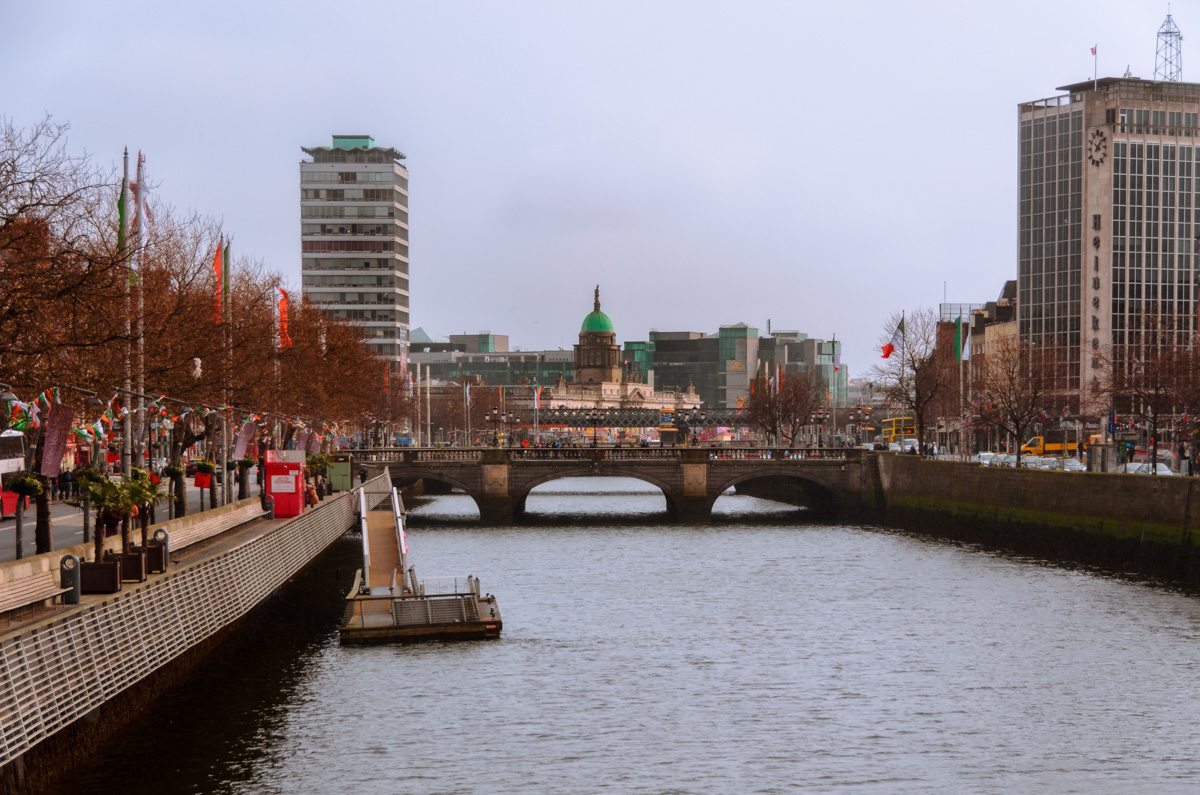 The south bank of Liffey around here is called Temple Bar – Dublin’s cultural quarter, where nearly every door is a pub. Here are a few of the most famous ones. 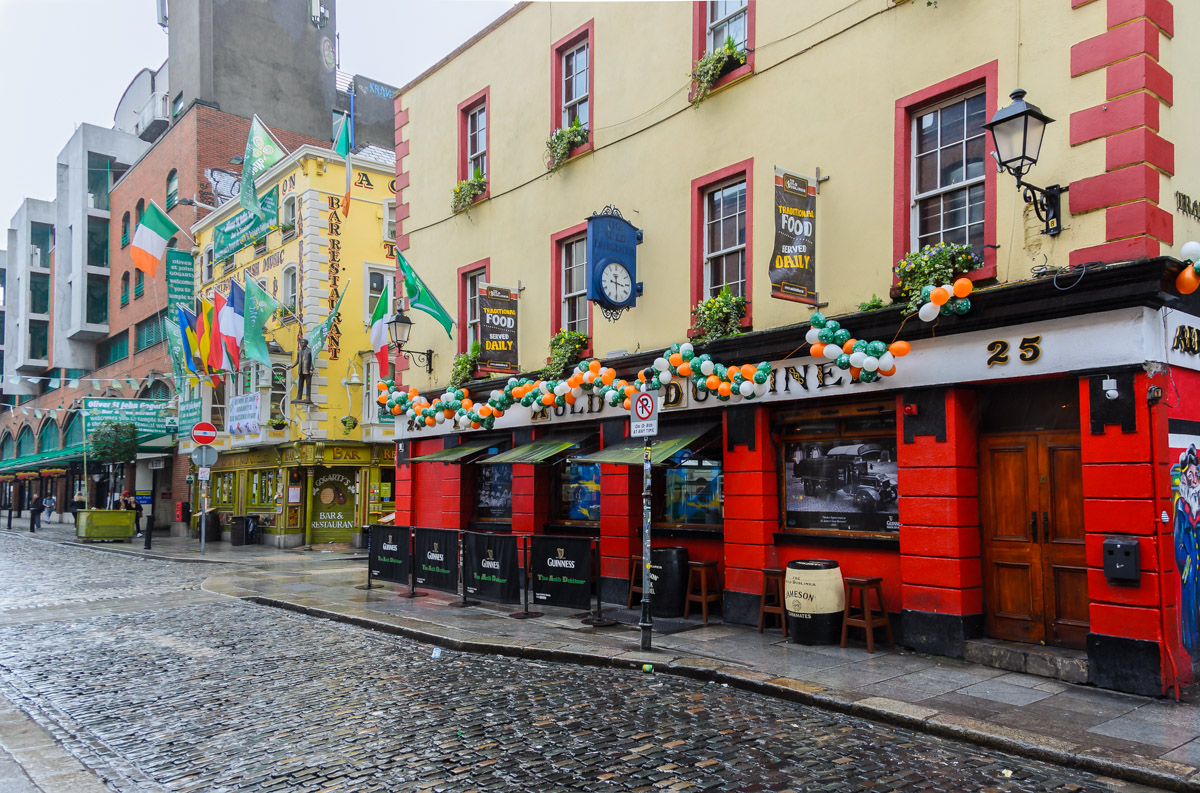 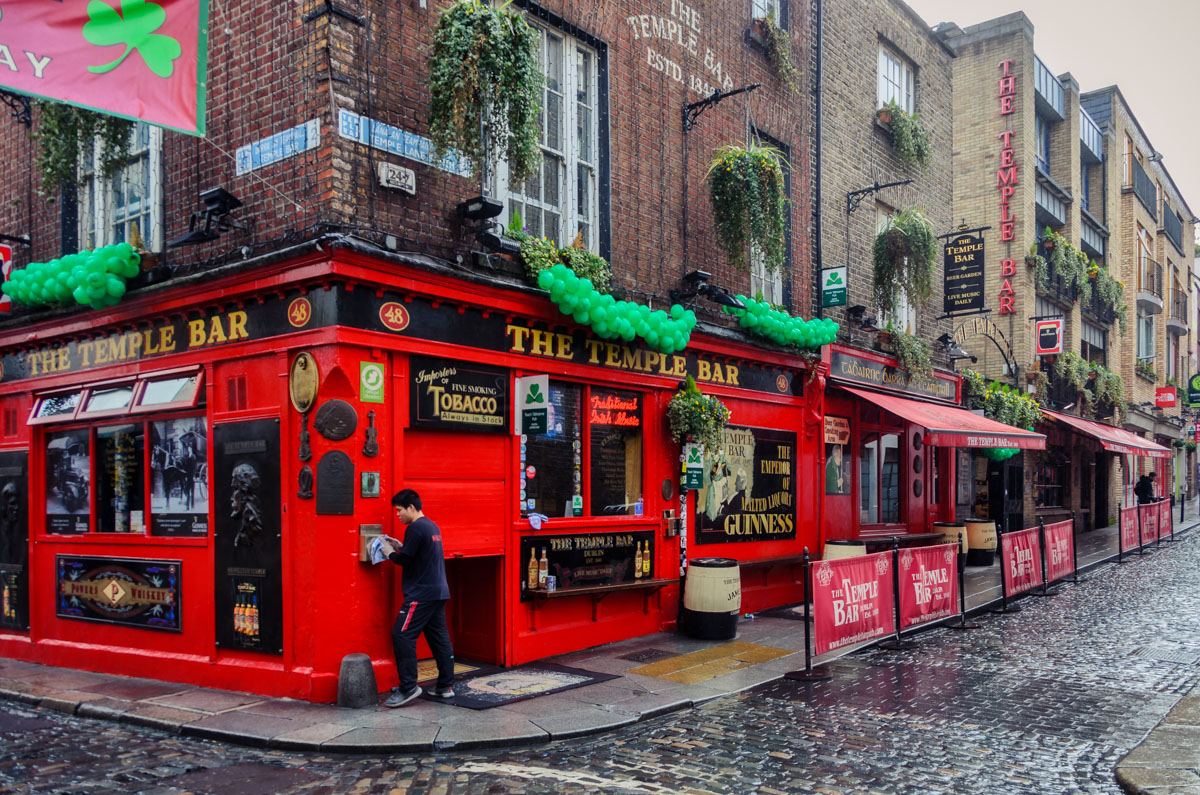 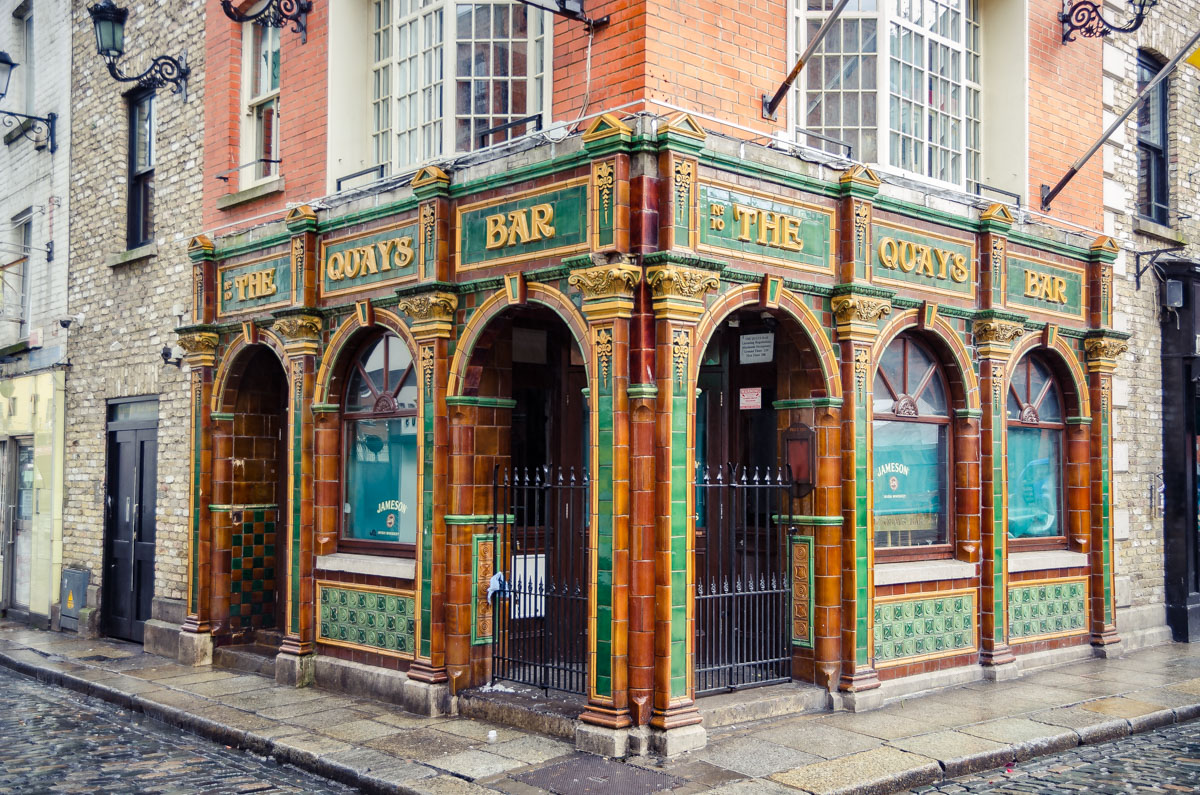 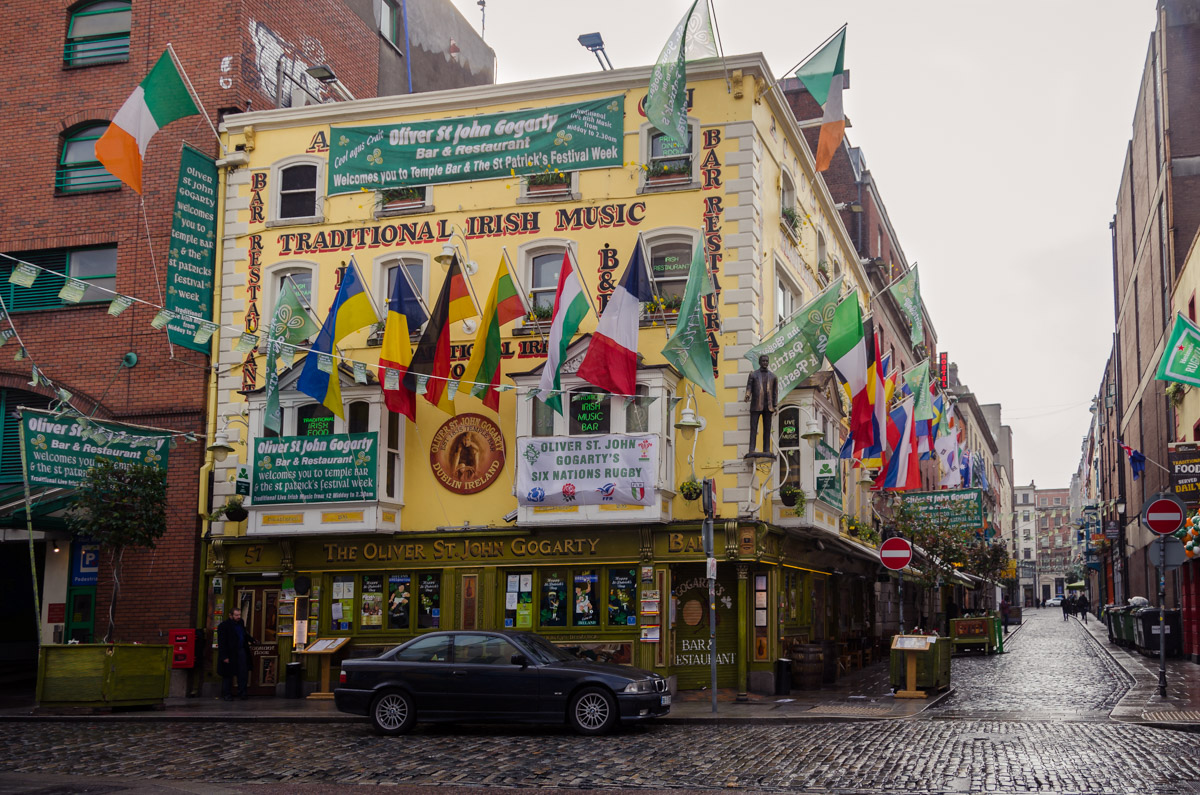 The fun ambience of the neighborhood is supplemented by quirky statues. 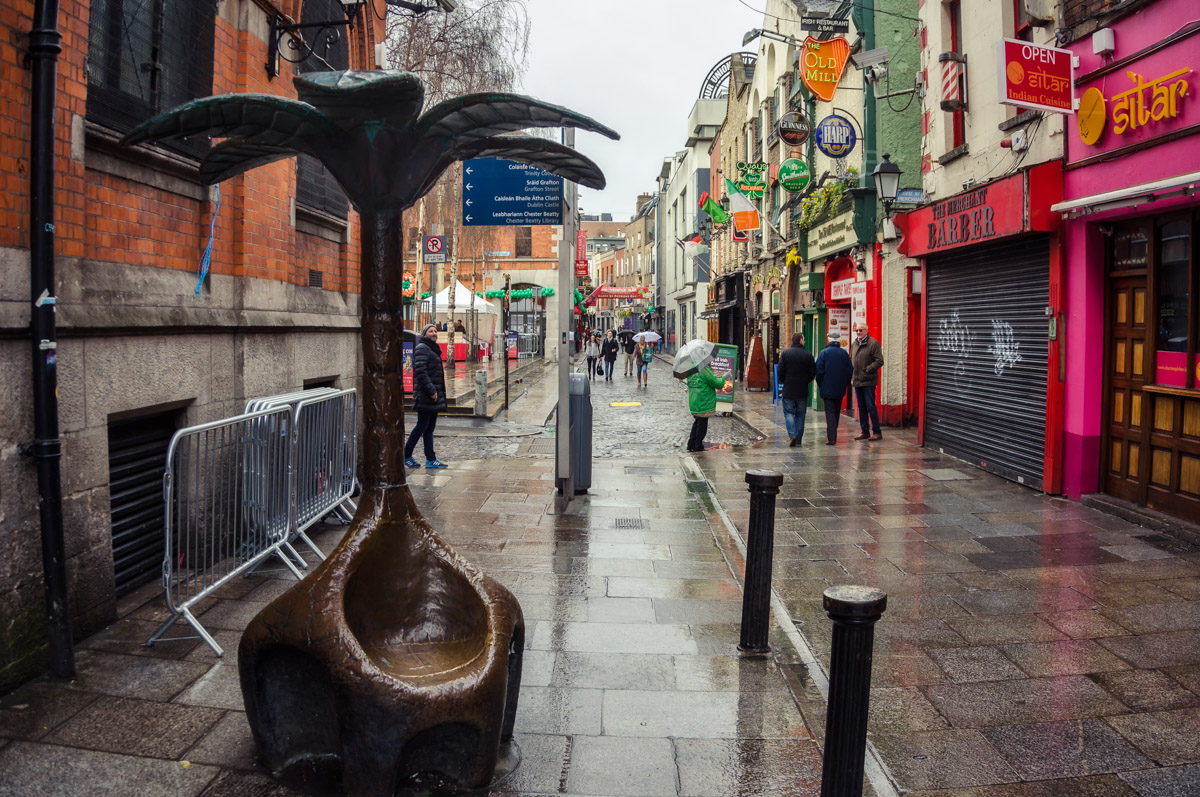 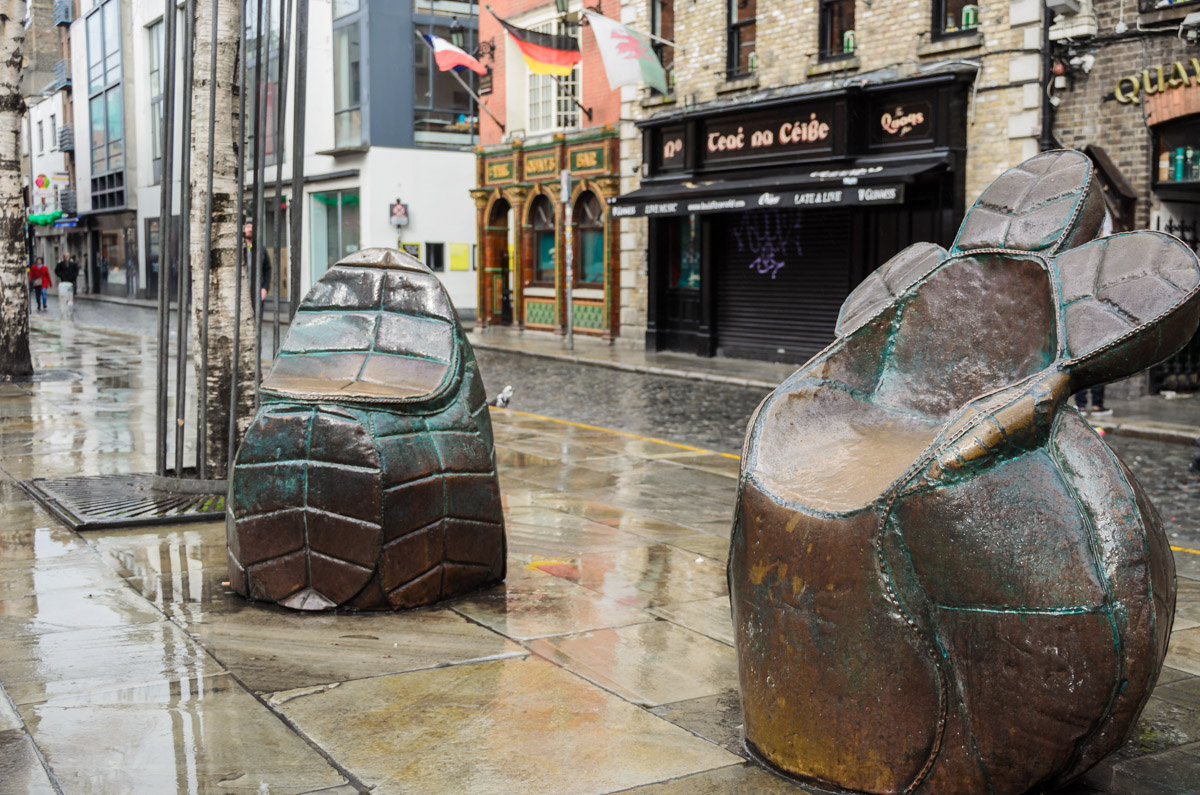 Several of the narrower streets in the area are adorned with murals dedicated to famous Irishmen (or sometimes Englishmen whose service to Ireland in some capacity is universally admired). I had to stop to pay my respects to George Best, at the very least. 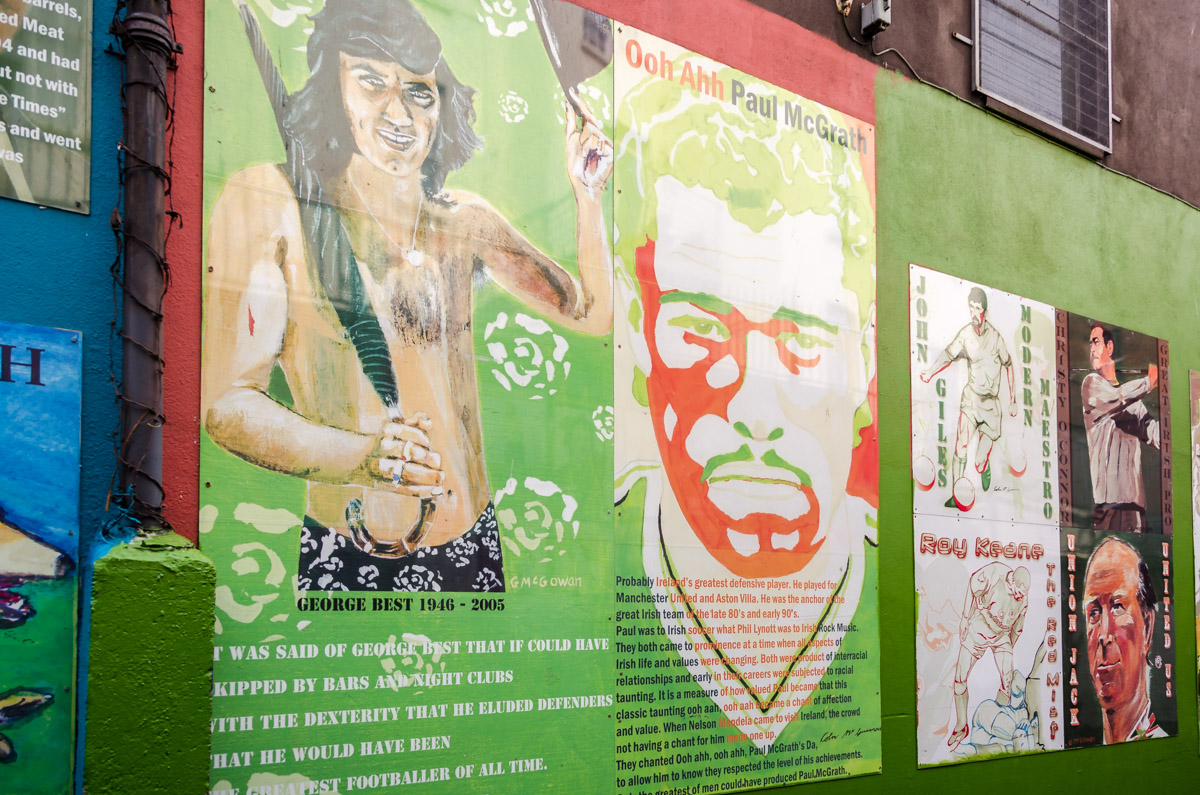 One other impressive architectural ensemble is the Trinity College, founded in 1592. 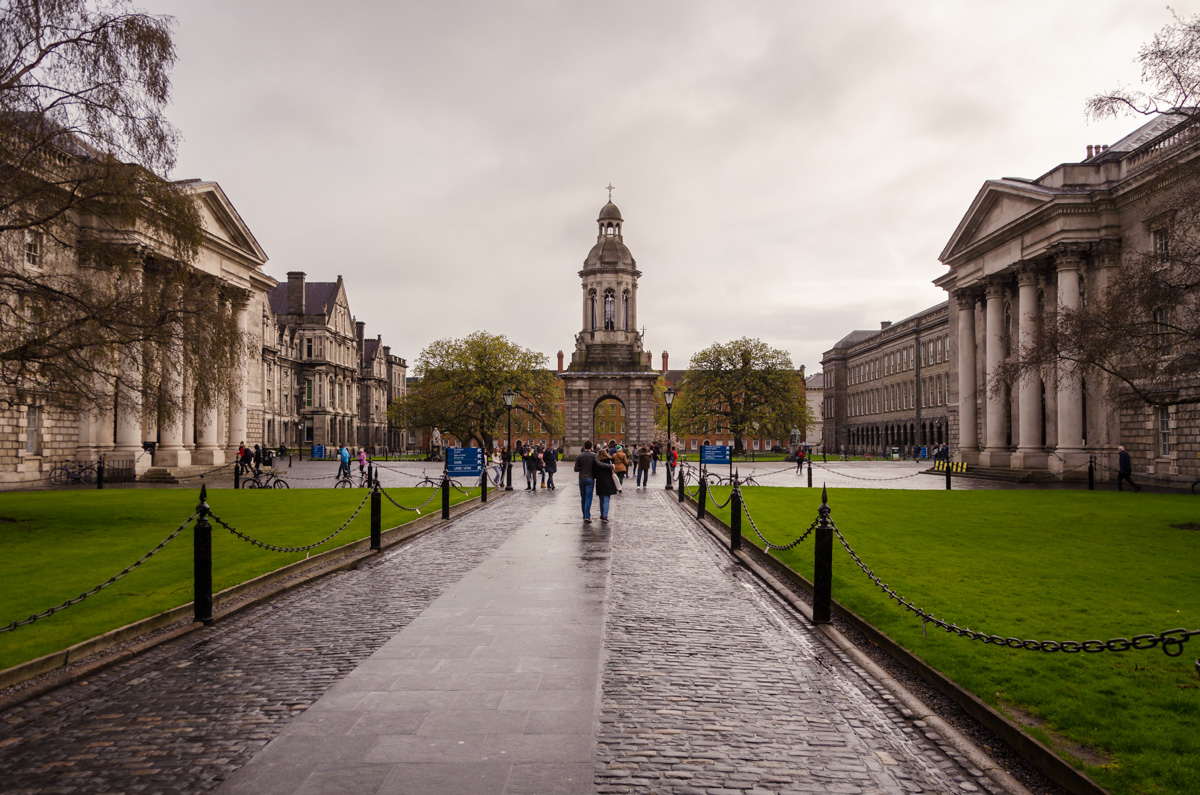 The slightly irreverent statue of Oscar Wilde is among what I consider the main highlights of the city. 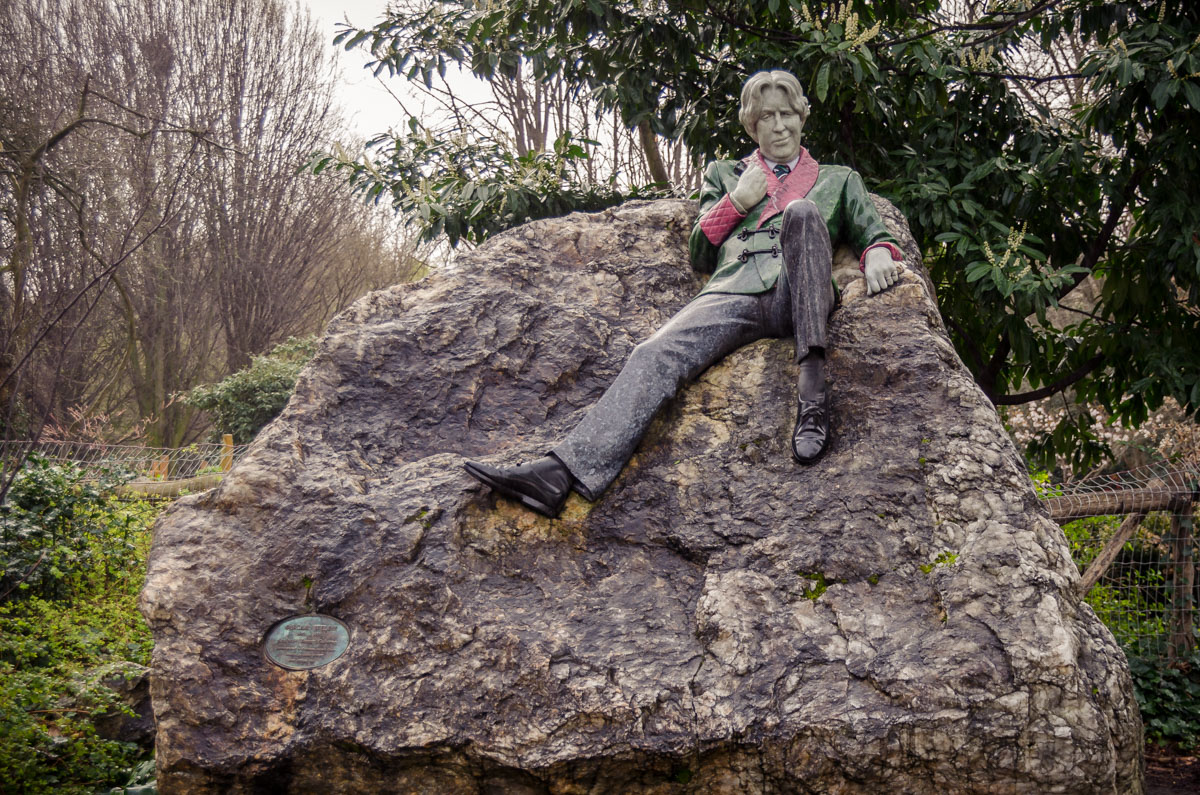 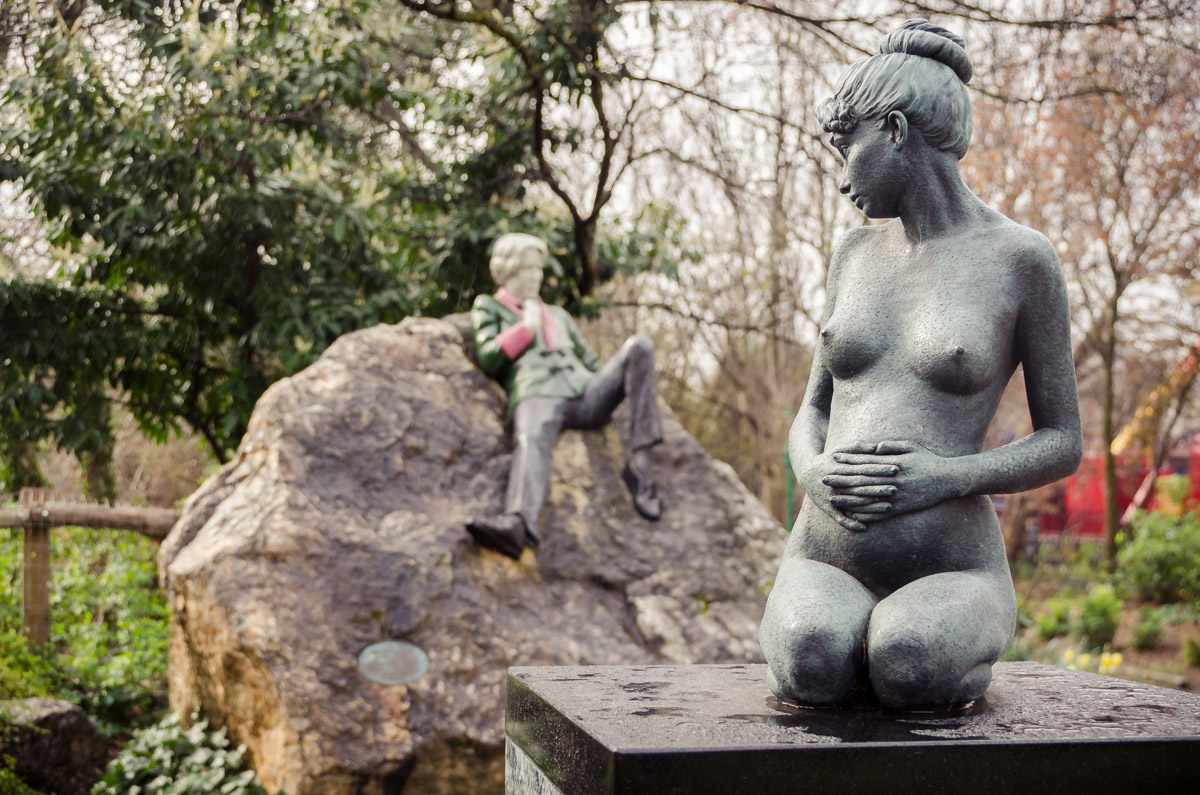 Famous utterances of the irrepressible writer and poet are etched onto the pedestals of satellite statues. 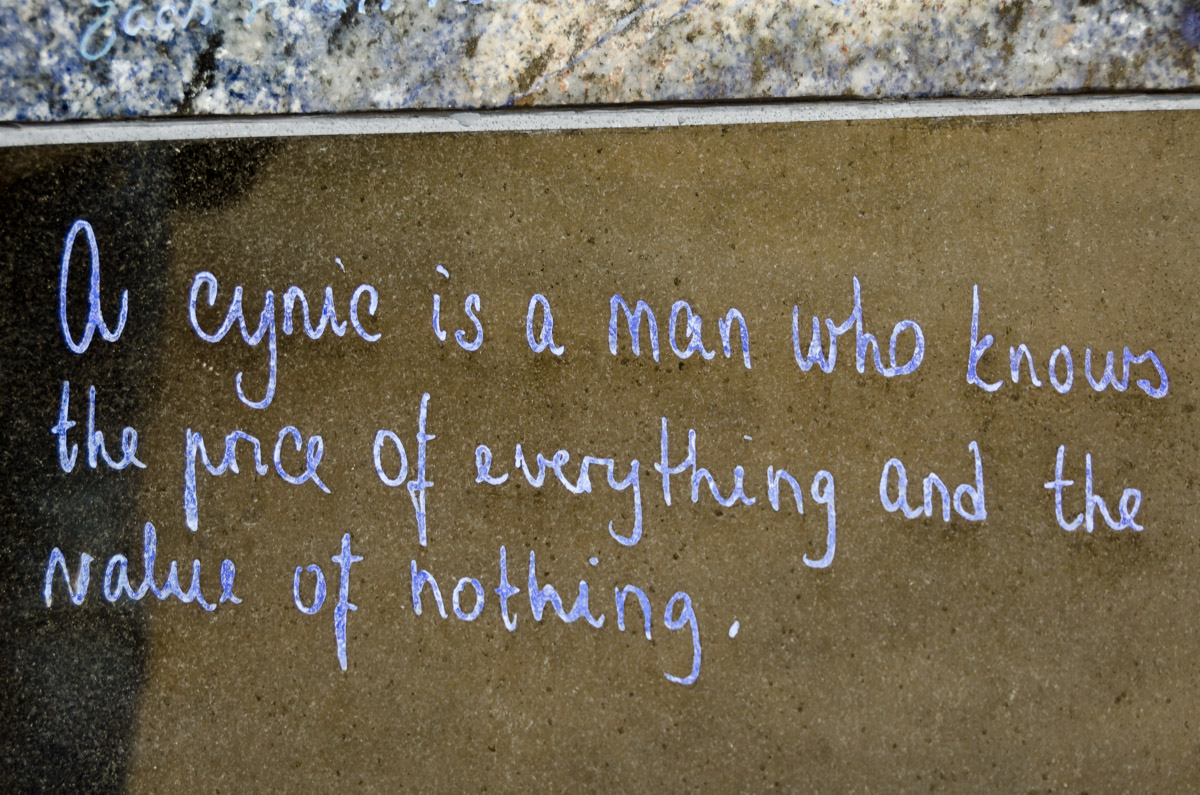 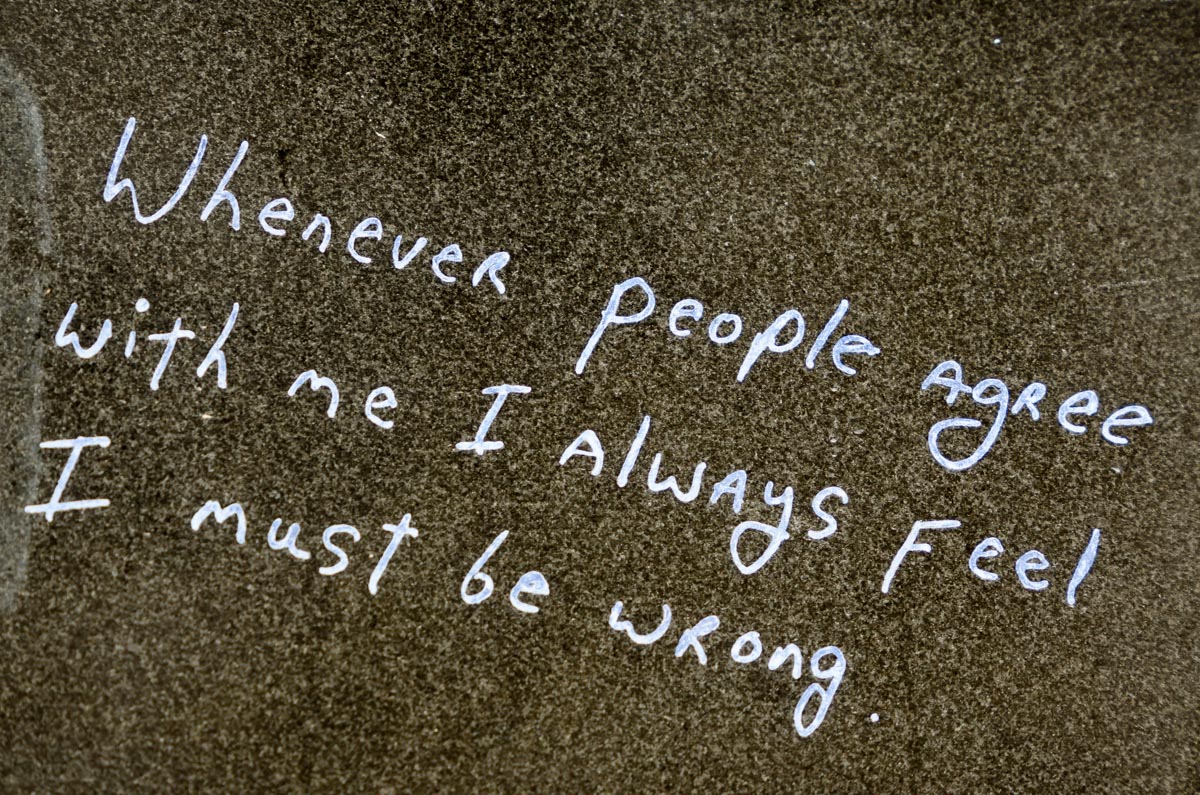 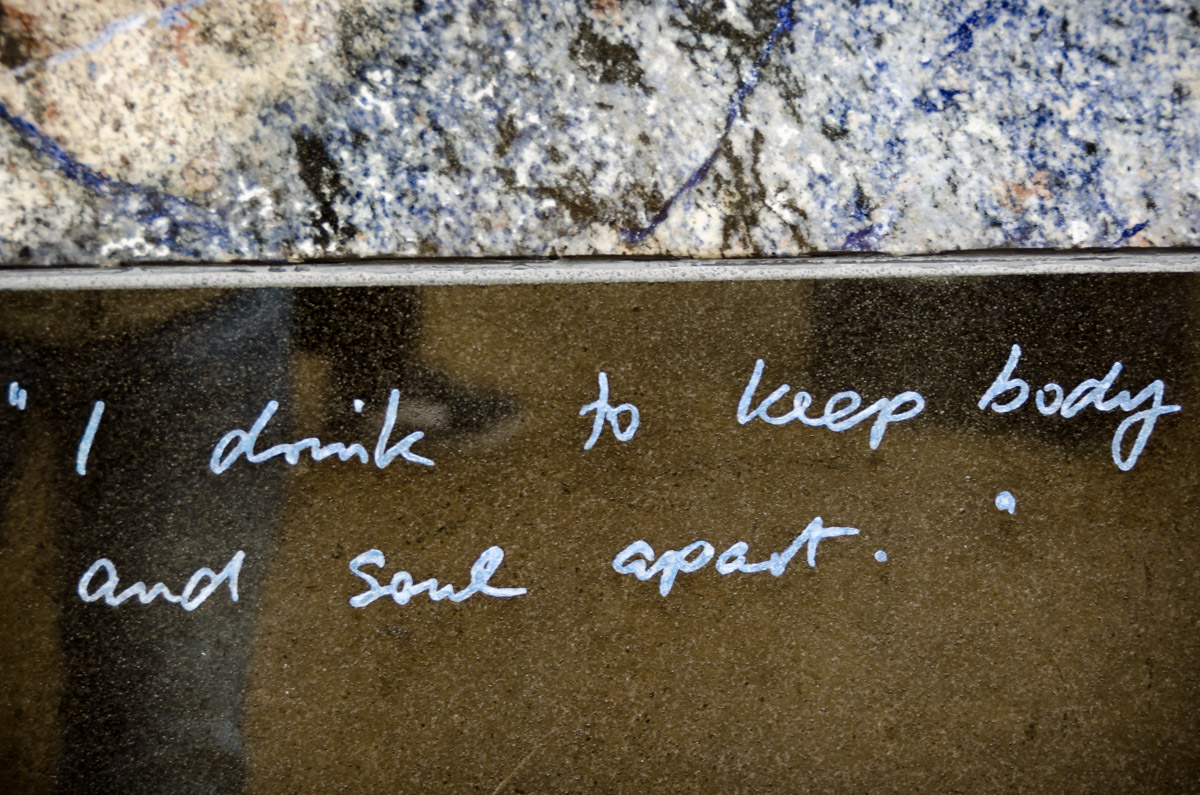 These and other pictures of my stroll around Dublin can be found in my Flickr gallery.