A brief look at Manchester, England

My recent trip to the British Isles was centered on a football game. FC Rostov was playing Manchester United in the Europa League playoffs. I have never been a United fan, but their stadium – the Old Trafford, known with a shade of hyperbole as “The Theater of Dreams” – is among the most storied stadia in all of the football world. It was hard to pass by an opportunity to support my hometown team in that particular arena.

I was in and out of Manchester in the matter of less than 24 hours. But I did take a few of those hours for a stroll around central Manchester.

The city center turned out a pleasant surprise. I have never heard or read about Manchester as being a travel destination of note. Its historic claim to fame as one of the hotbeds of the Industrial Revolution – to say nothing of the fact that it was in Manchester that a certain Karl Marx met a certain Friedrich Engels – prejudiced me to expect streets after streets of grimy brownstones with only smokestacks to break the monotony. This is how 19-century England is portrayed in the movies, isn’t it?

In fact, the central part of Manchester is full of architecturally impressive ensembles of various styles, with modern buildings sharing the stage with the old ones. Here are a few random examples. 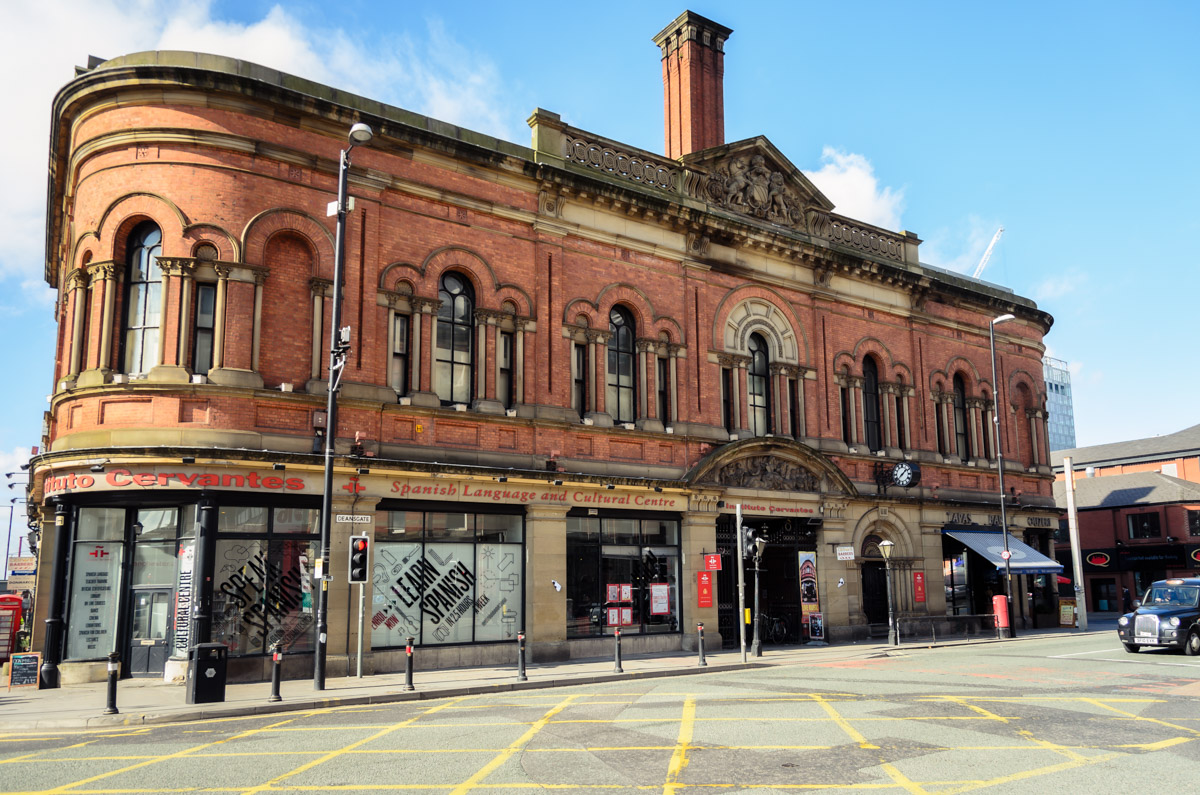 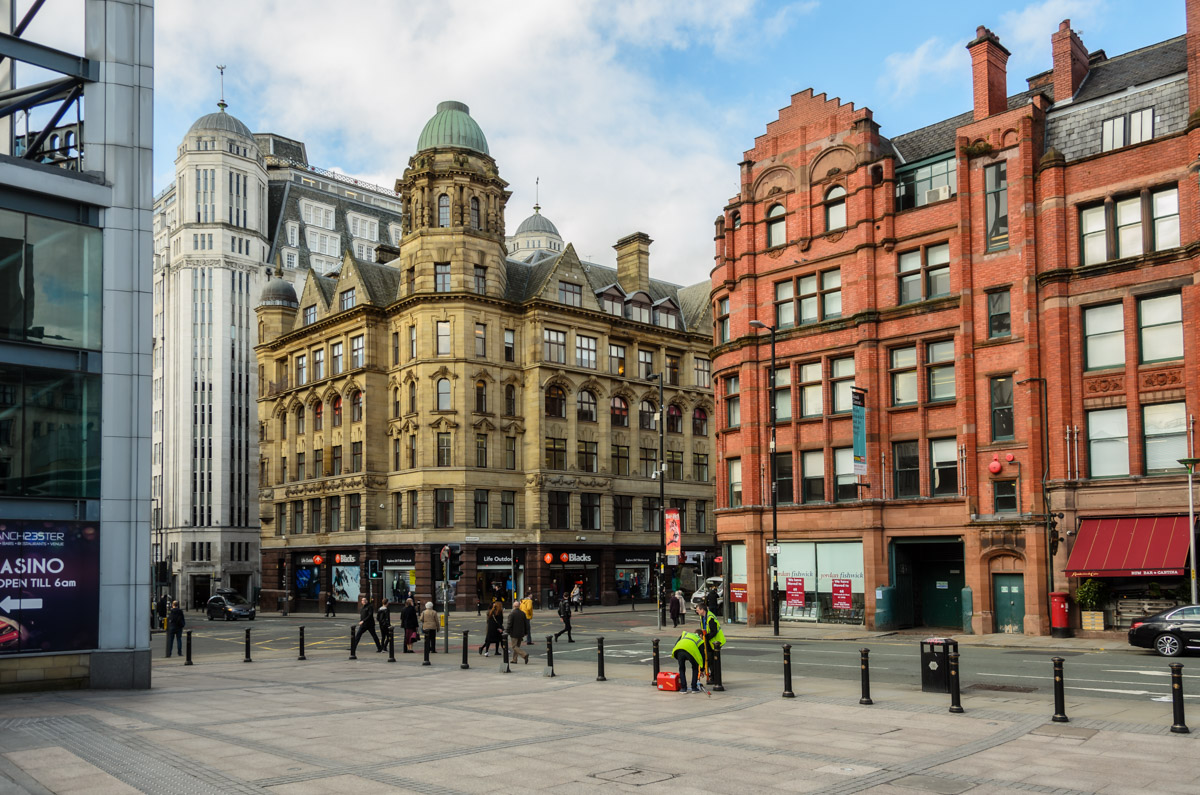 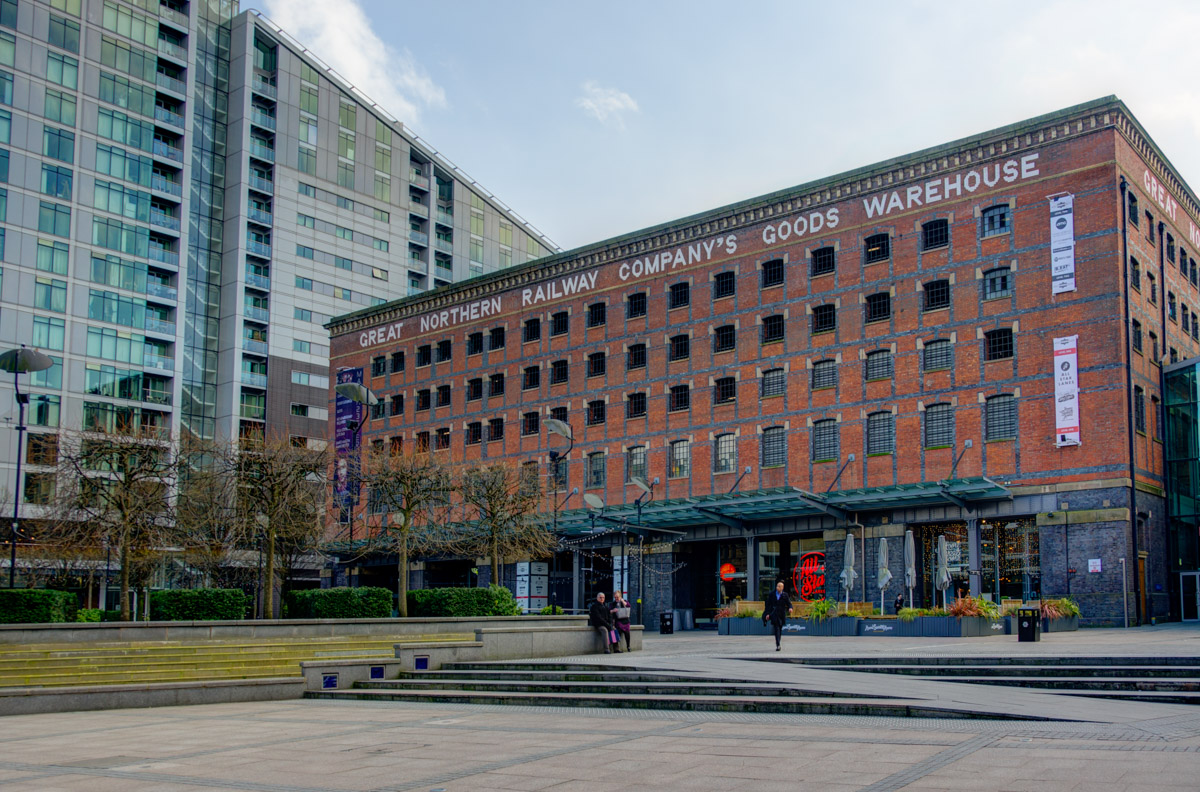 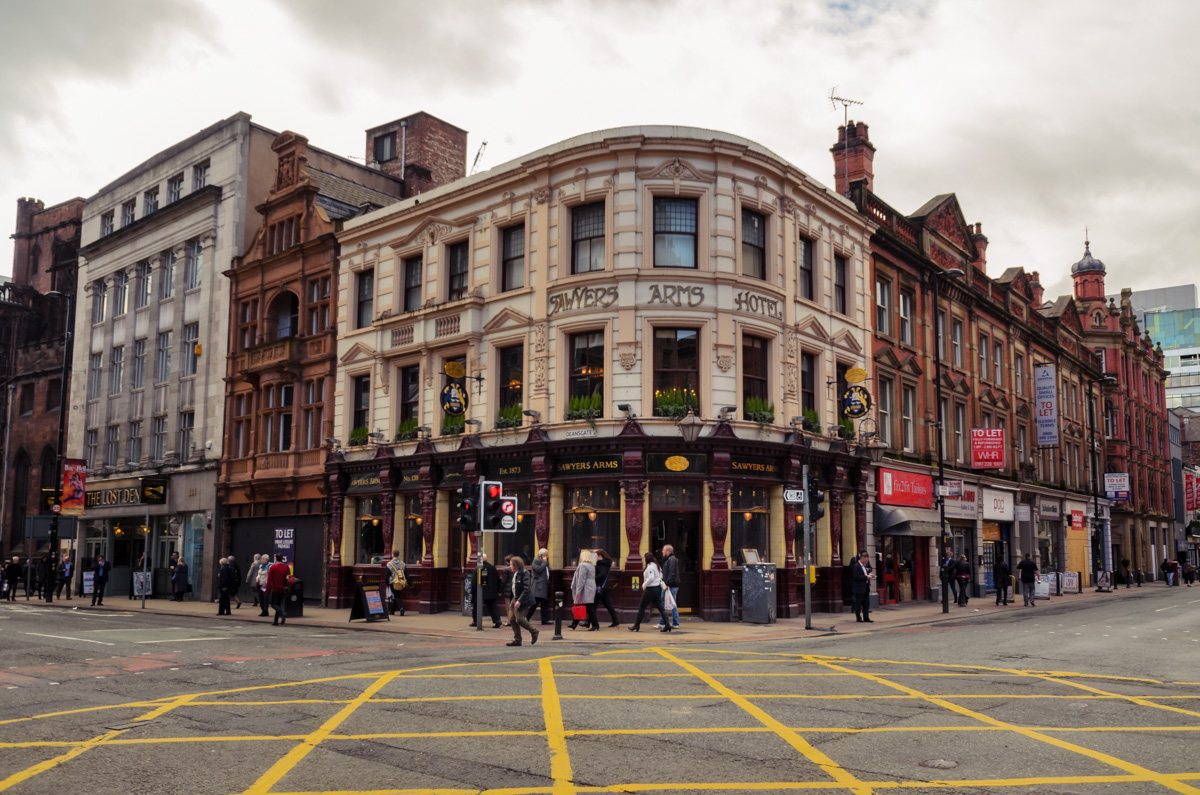 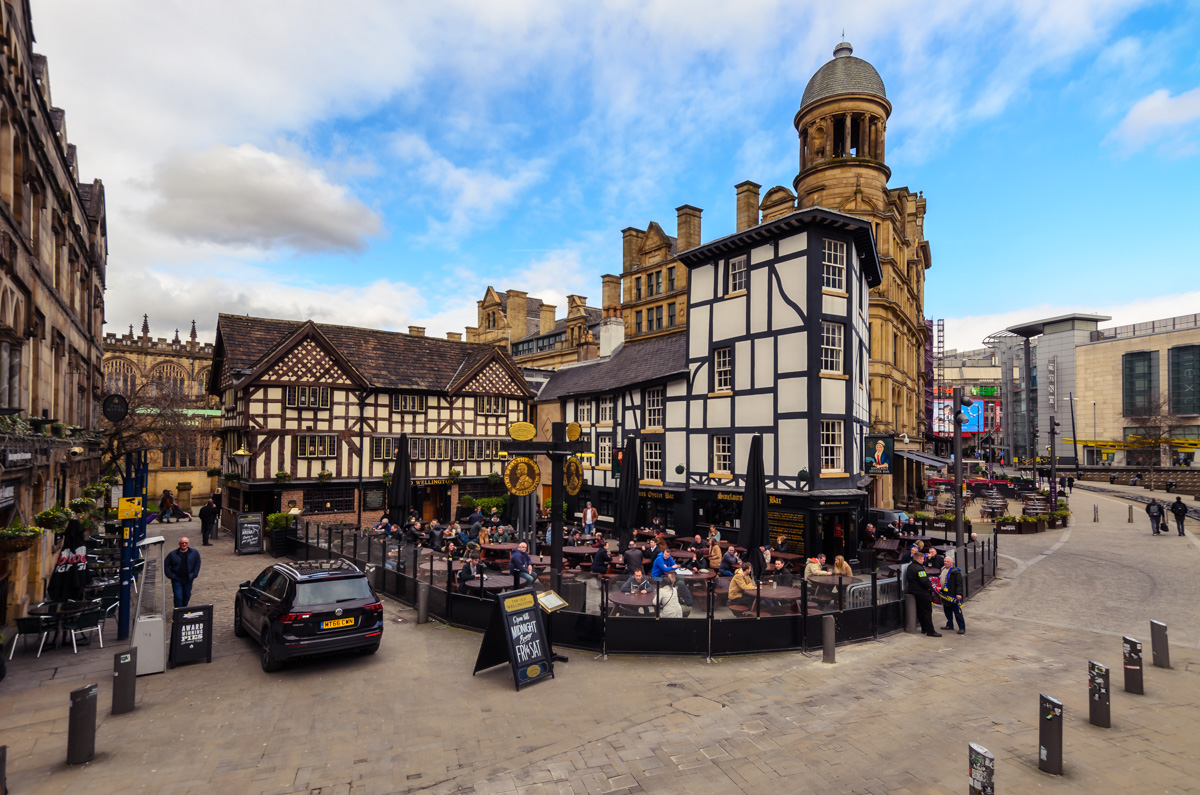 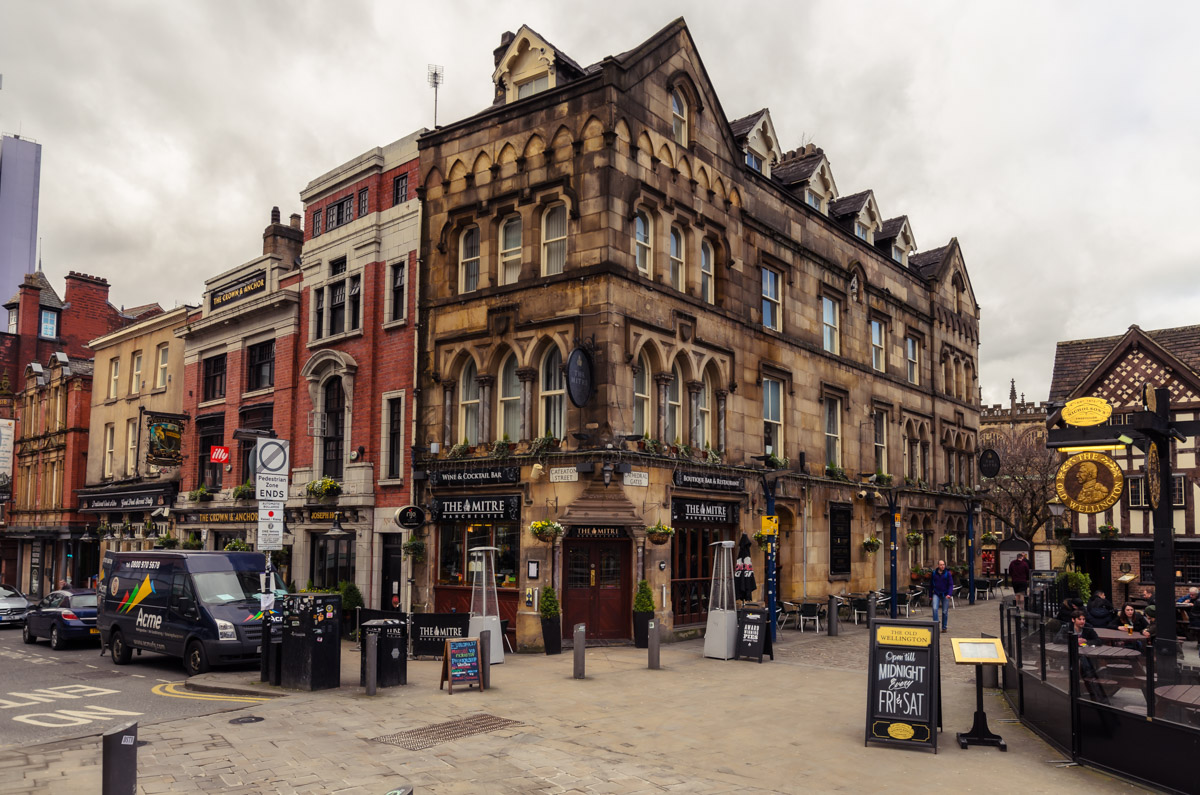 Probably the best example of old and new sitting side by side is this shot of Emporio Armani and the John Rylands Library. 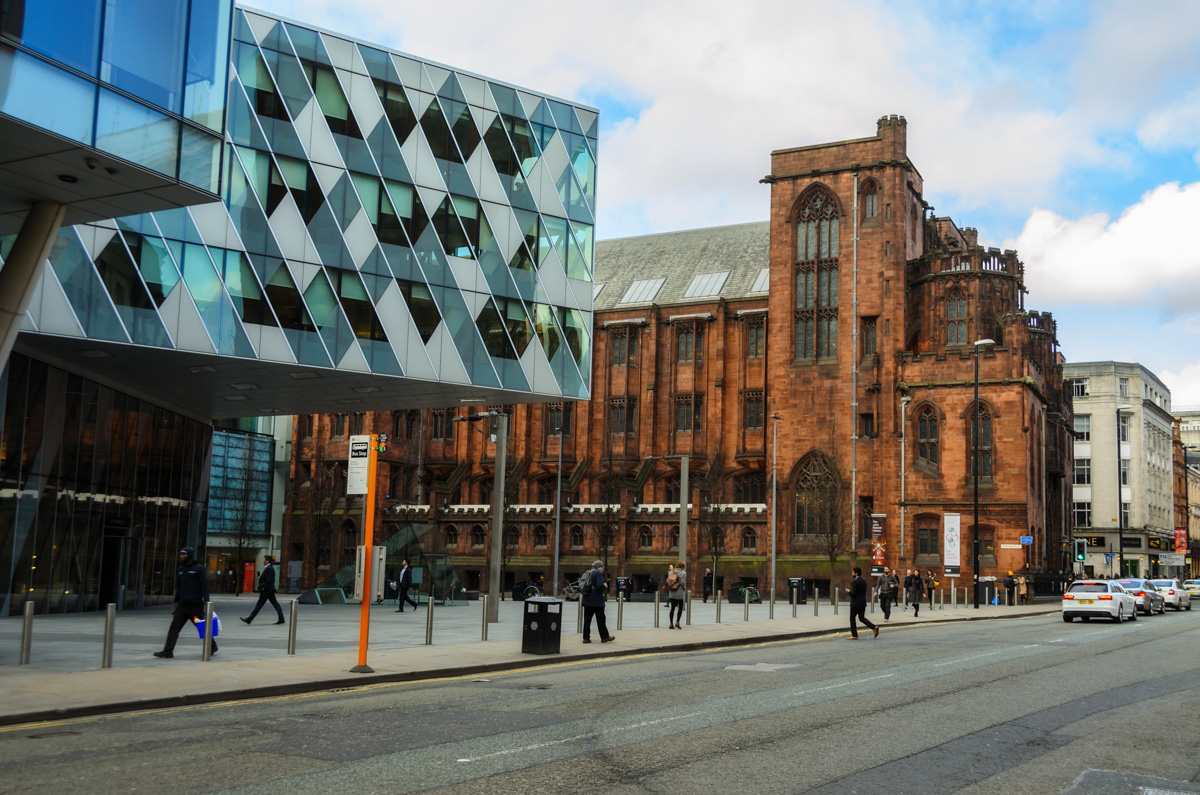 Libraries, in fact, are among the most impressive buildings in Manchester. Her is the John Rylands en face. 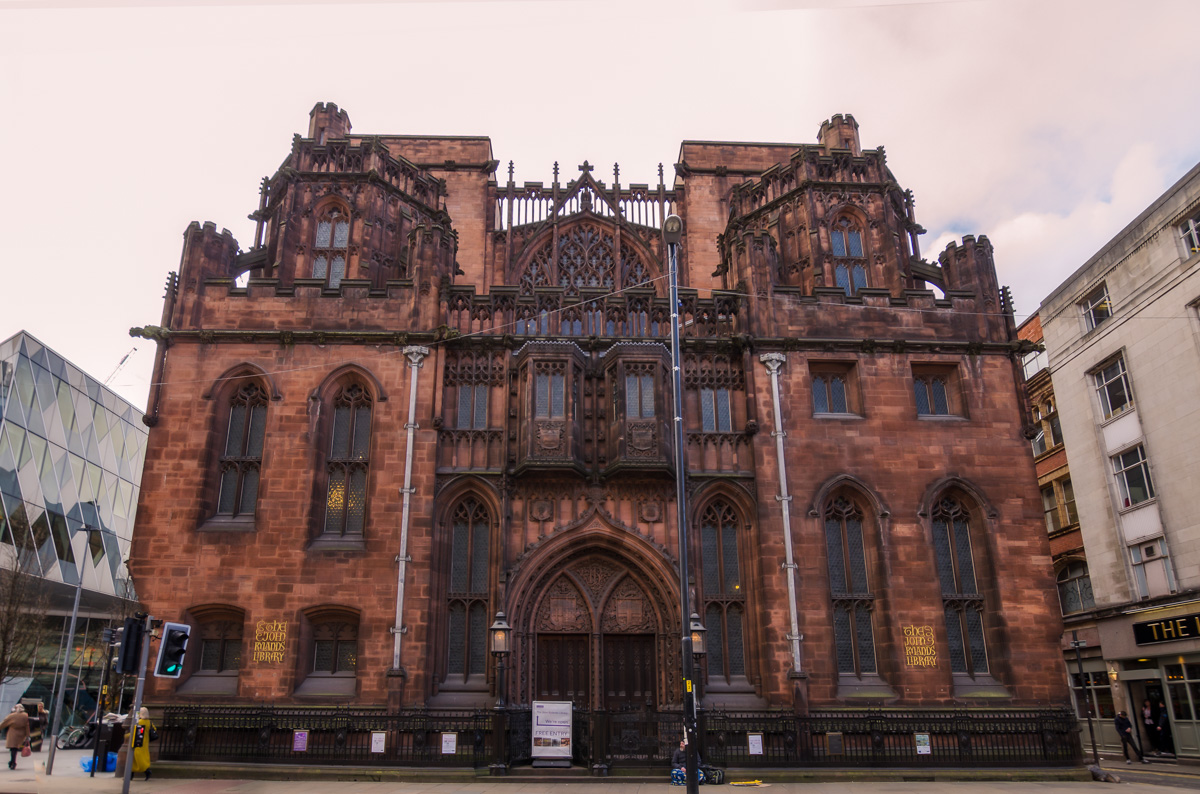 And this is the Manchester Central Library. 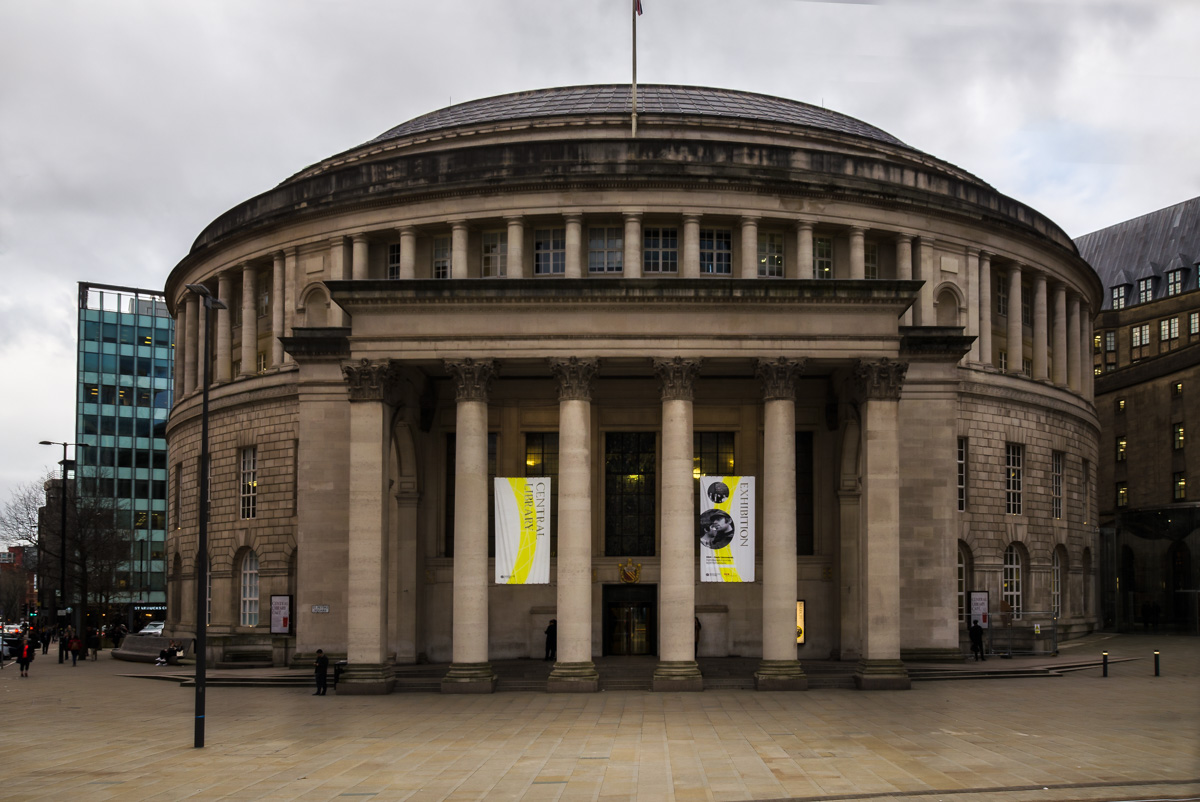 There are plenty of monuments around the heart of the city. This, for instance, is the statue of Fryderyk Chopin. 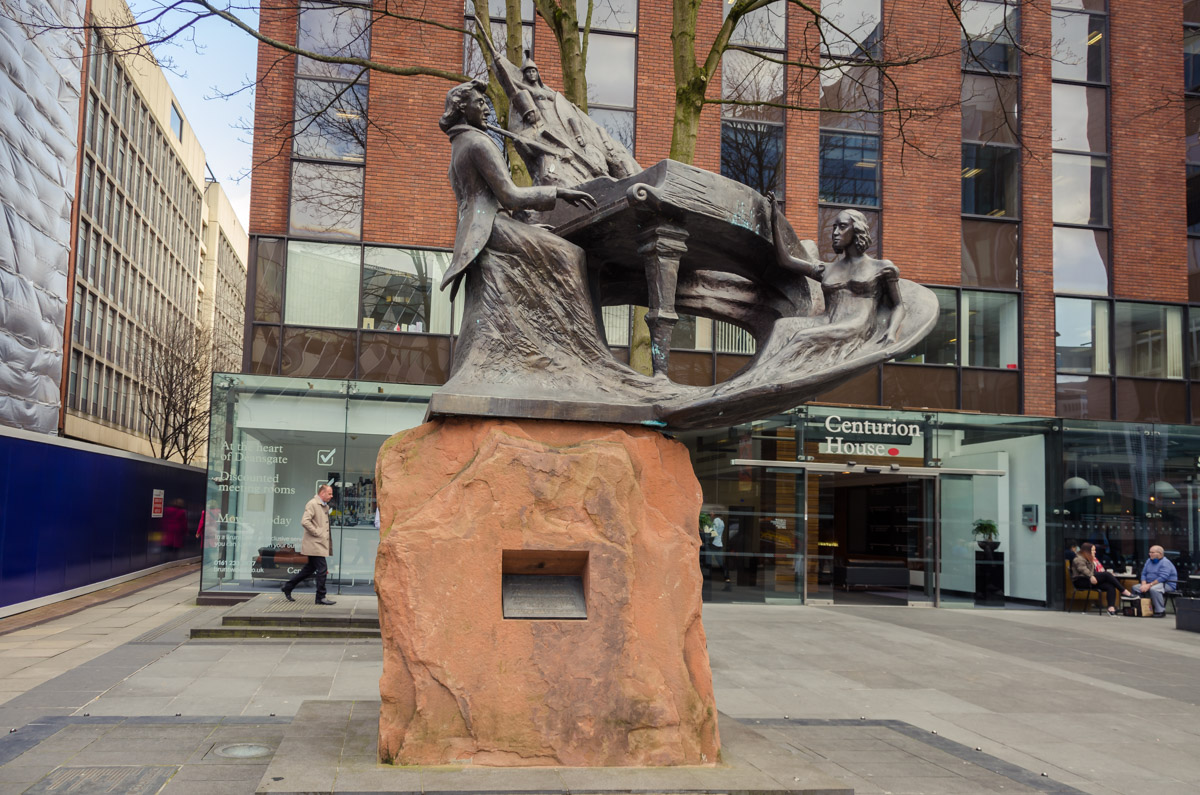 This monument is called Humanity Adrift on the Sea of Life, by John Cassidy. 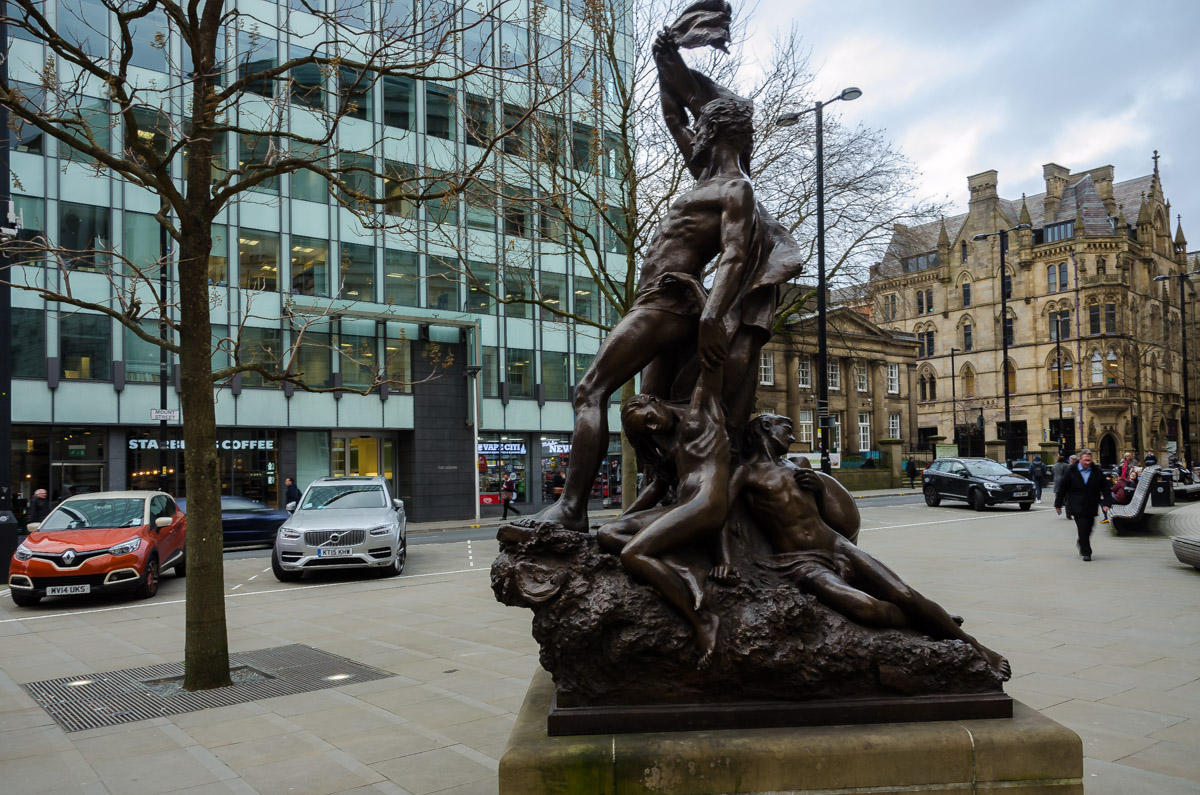 The most impressive collection of architecture and monuments is on Albert Square, dominated by the soaring edifice of the Town Hall. 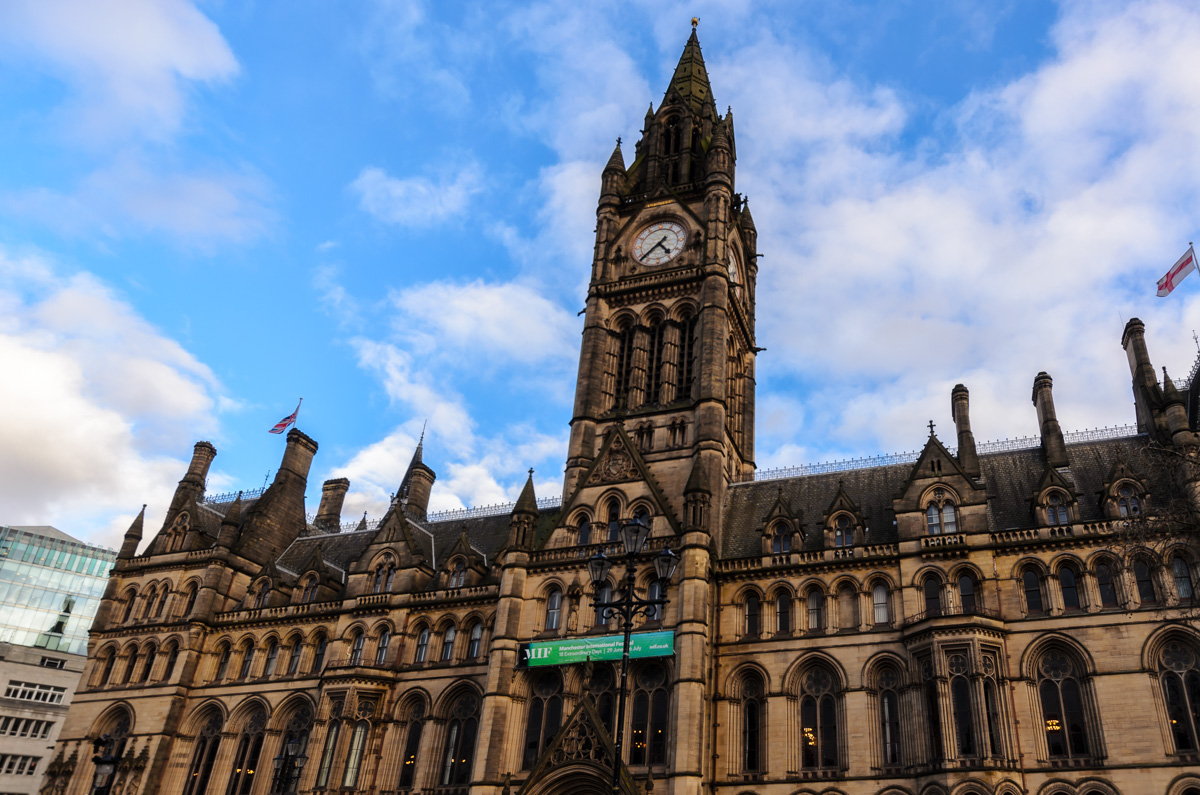 Albert Memorial is the centerpiece of statuary here, but other commemorations include Oliver Heywood, a banker and philantropist, John Bright, one of the foremost free-traders in the post-industrial England, and William Ewart Gladstone, a 4-time Prime Minister in the second half of 19th century. 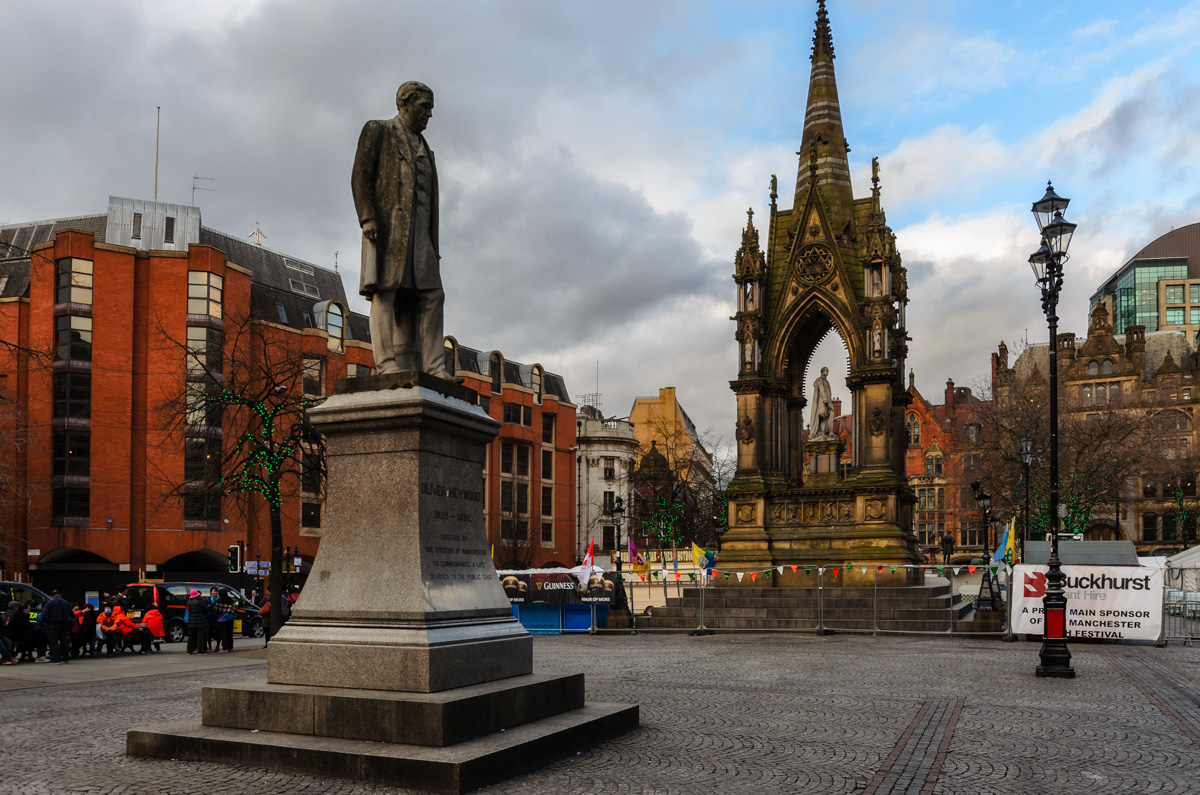 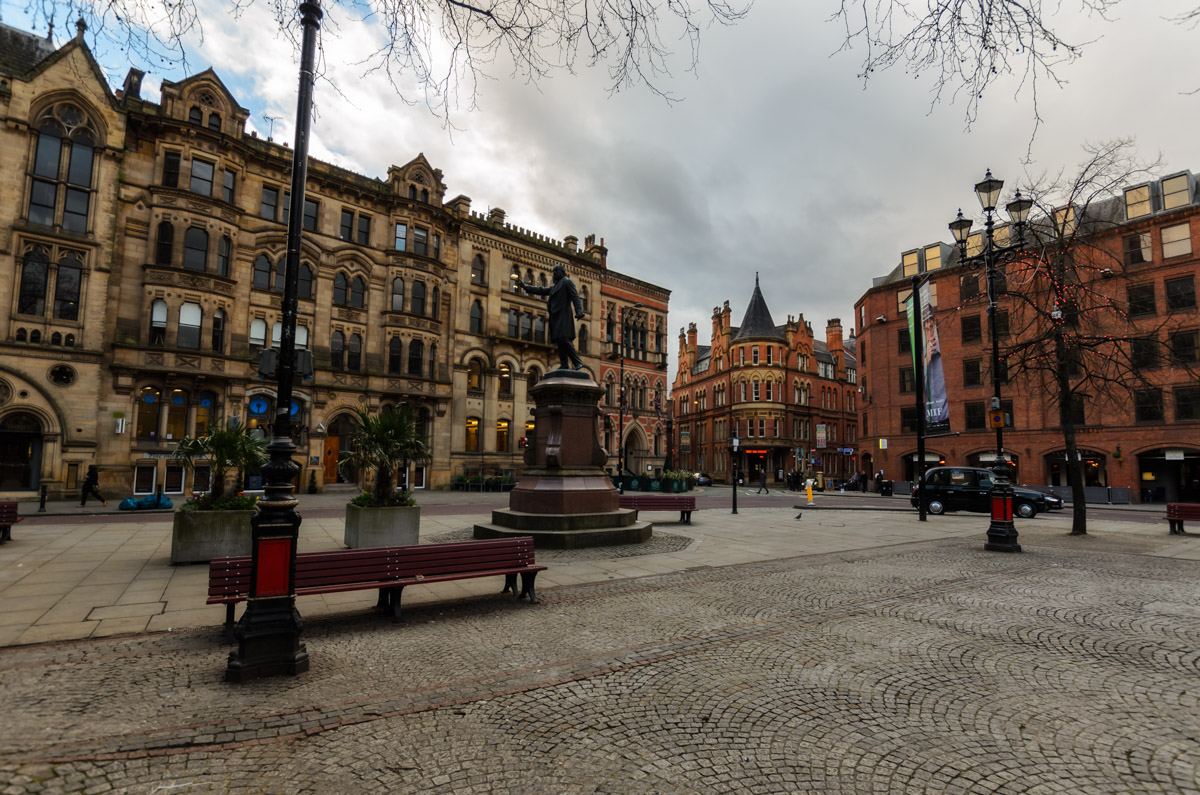 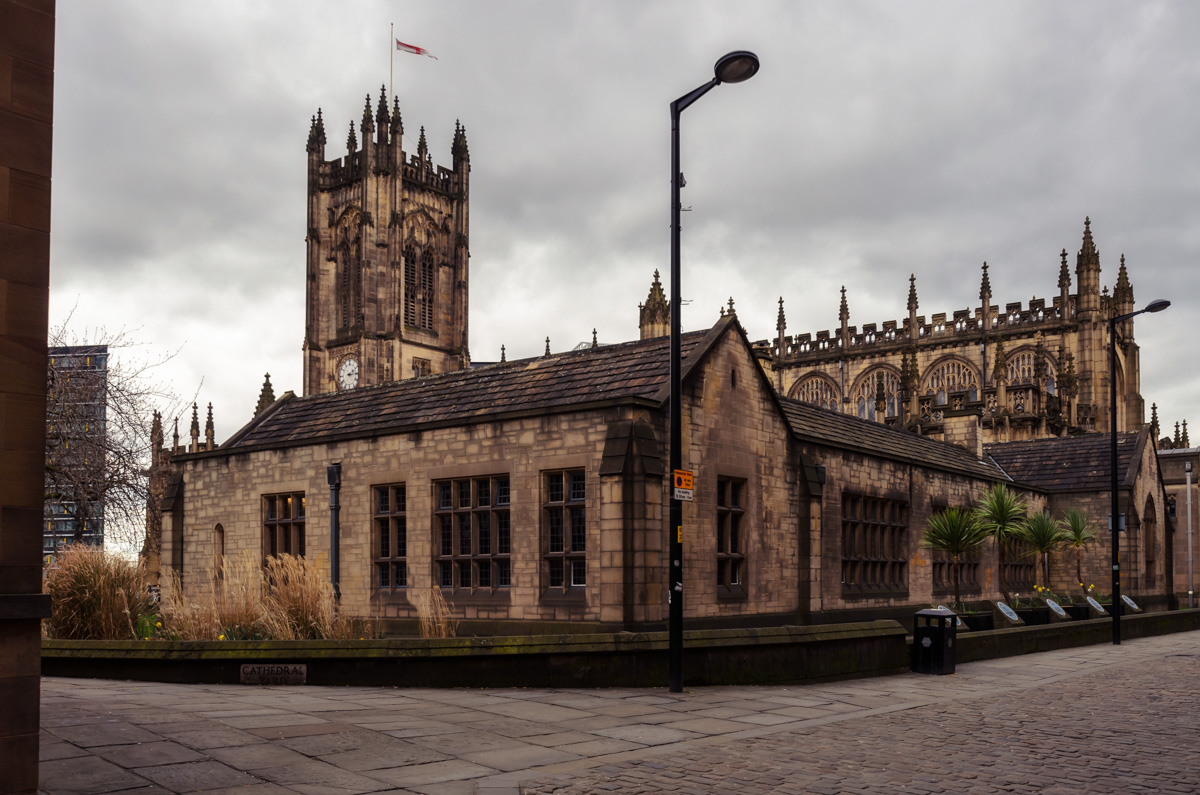 The stained glass windows throughout the cathedral carry bright abstract patterns as opposed to biblical scenes. Quite unexpected in a place of worship – unfortunately, I did not manage a single passable shot in the interior.

Another attractive square, St Anns, with the eponymous church as the focal point. 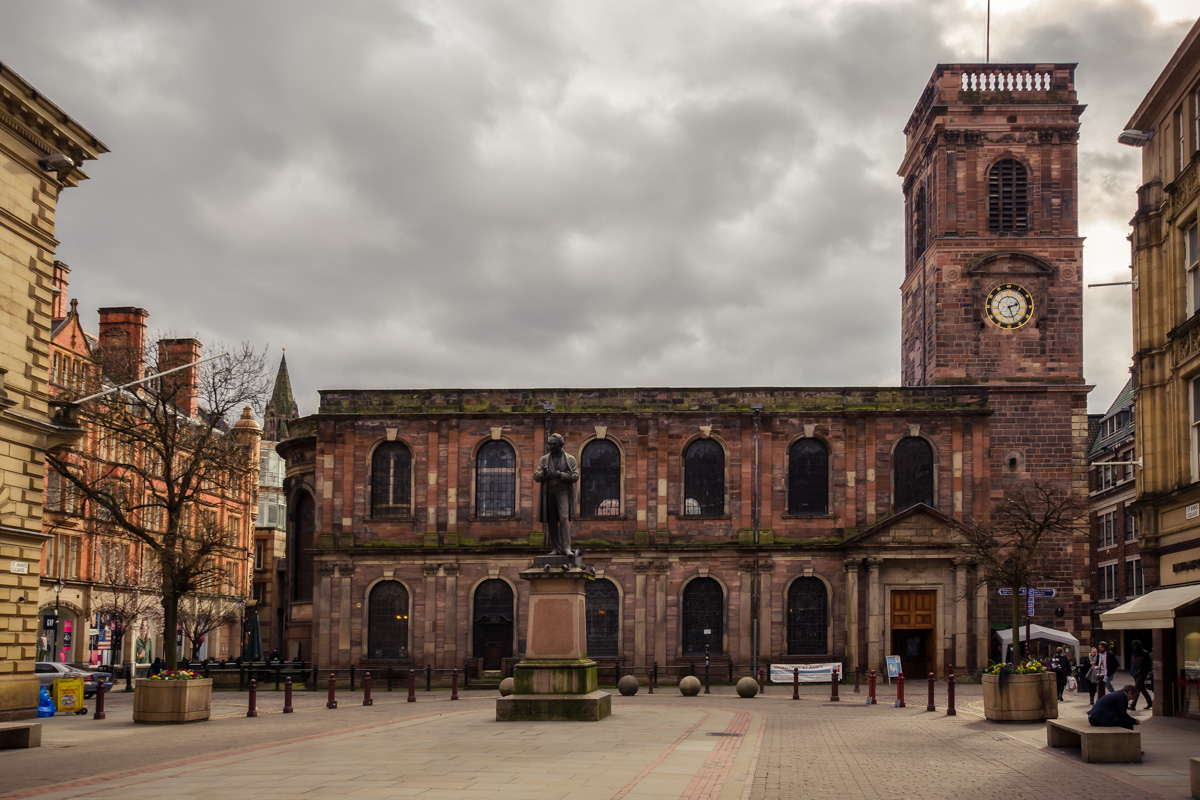 All in all, I may have given myself too little time in Manchester.

My gallery on Flickr has a few more photographs from the visit to Manchester.