I had an unexpected extra free day in Dublin. The weather was gorgeous – spring at its best. By all rights, I should have been exploring the city with my camera. Instead, obsessed World Heritage chaser that I am, I got into a car and drove half the island of Eire to see a unique natural phenomenon of Giant’s Causeway.

Where the weather was significantly less welcoming. And anyway, while I can appreciate the occasional grandeur I am rarely truly excited by works of nature. So the returns were mixed.

The Causeway is the result of volcanic activity dating back 50-to-60 million of years. The cooling lava shaped itself over time as several clusters of basalt columns of differing height, each no more than a couple of feet in diameter. Most of the columns are hexagonal in shape, but the number of sides can vary between four and eight. In their mass, they look precisely like a causeway for getting into – or out of – the sea. Local legends ascribed its creation to the mythological giant Finn McCool, who was challenged to a fight by an unfriendly giant from Scotland and needed to build a way across the sea for the two of them to meet. Hence, the Giant’s Causeway. On the Scottish island of Staffa there are similar basalt columns, corroborating the folklore. The lively audioguide issued to every paying visitor gets a lot of play out of the legend.

Here is what the main part of the causeway looks like from the high cliffs above. 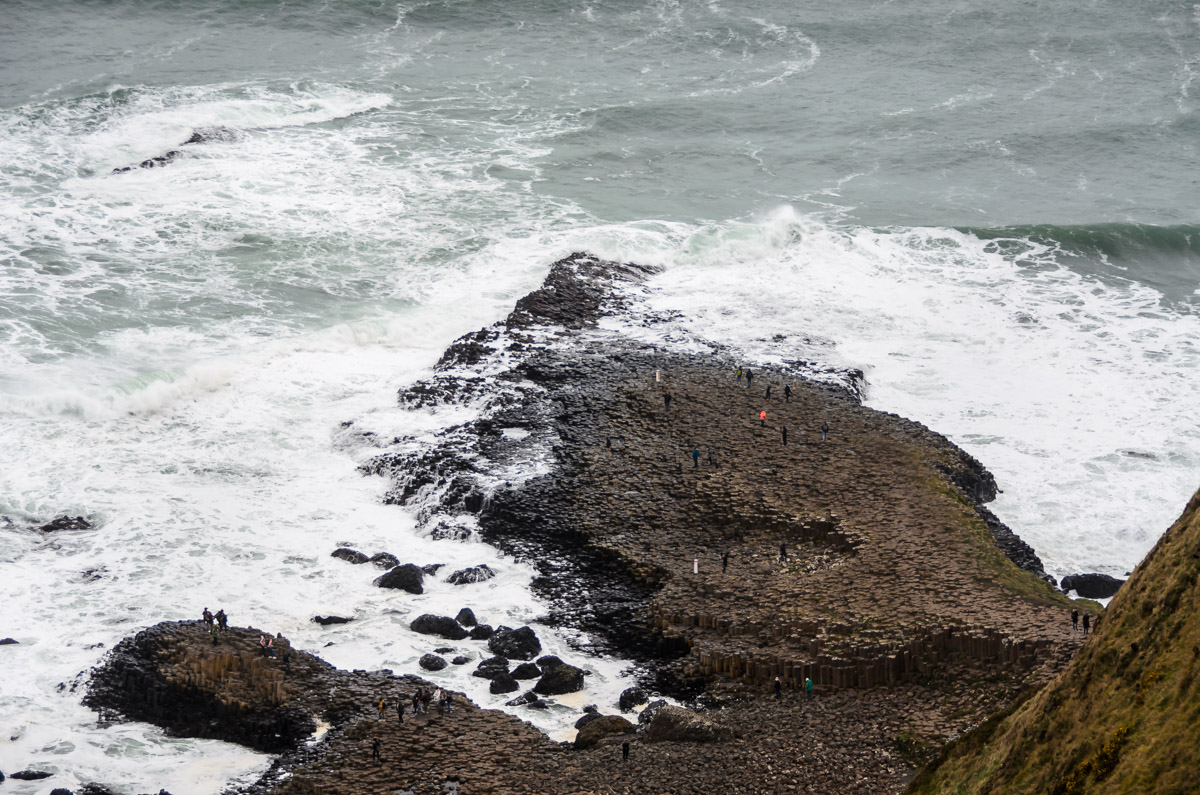 And a few closer looks. 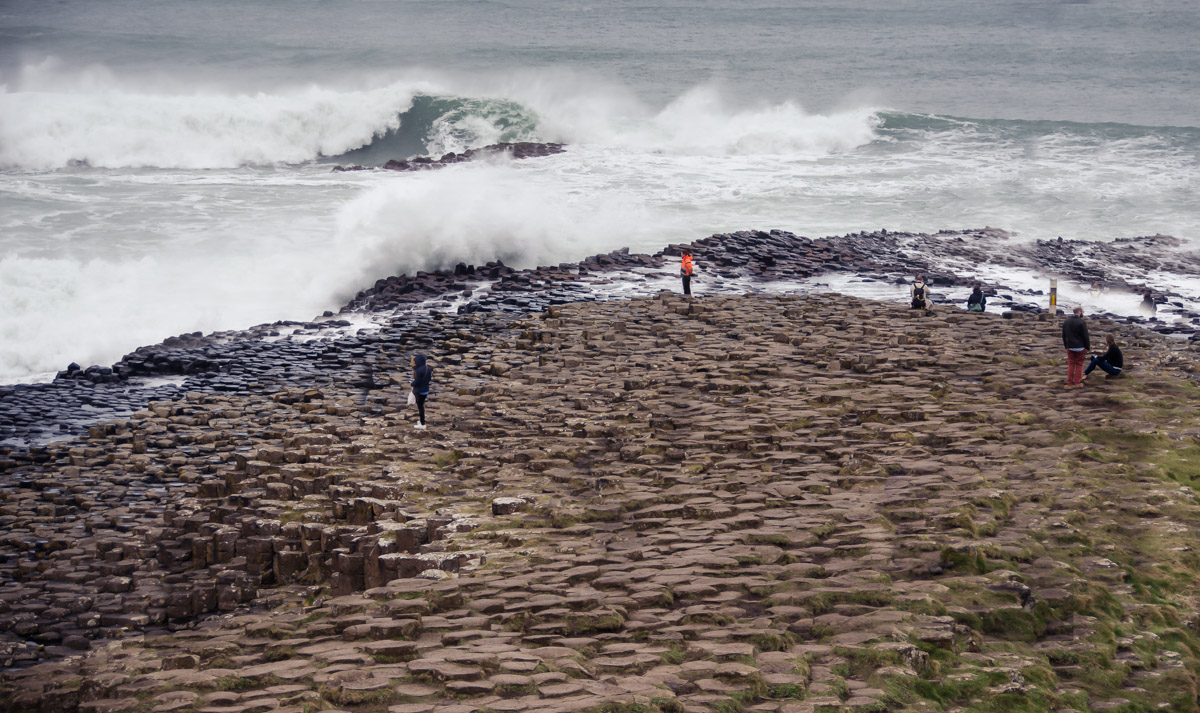 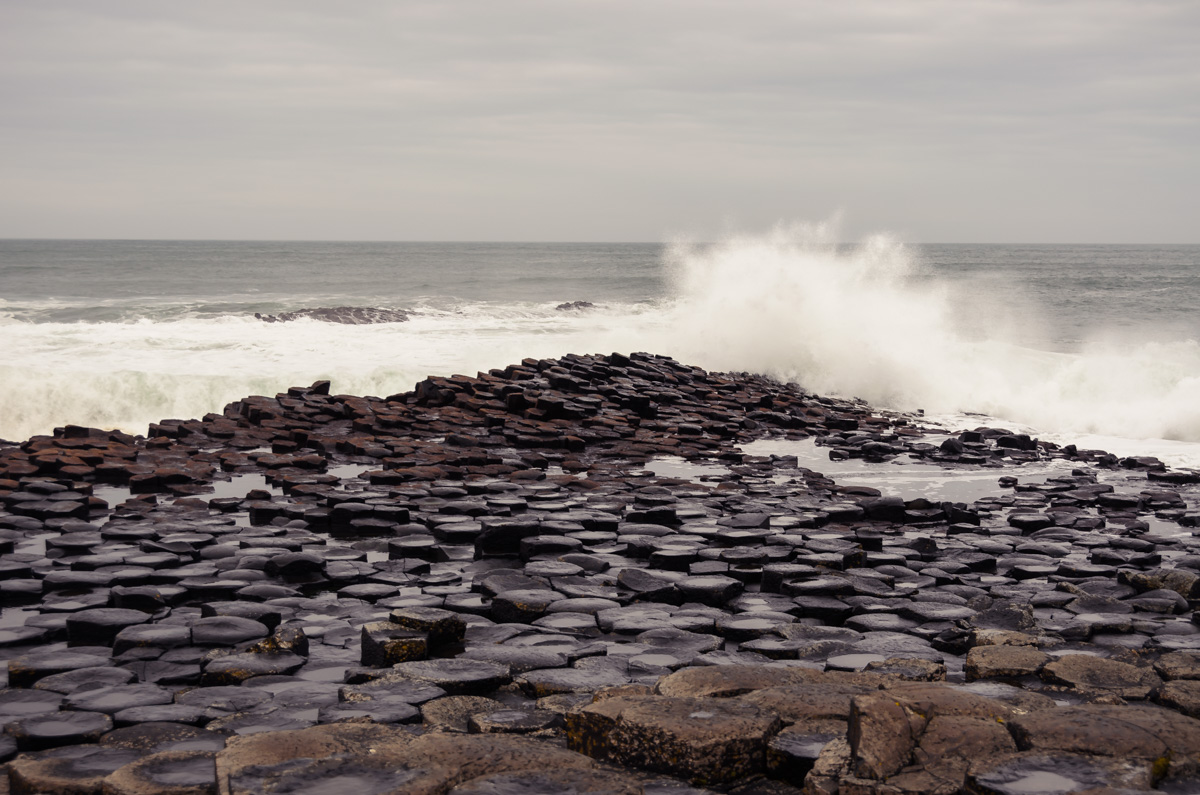 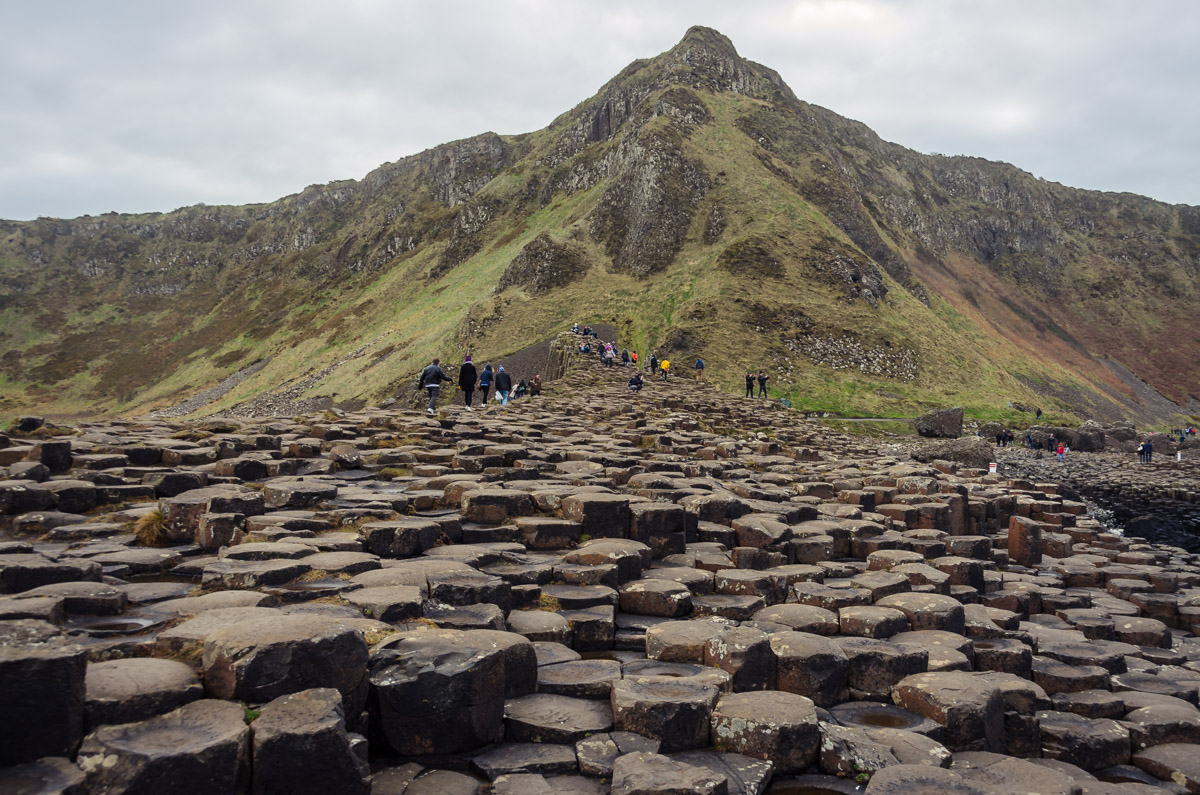 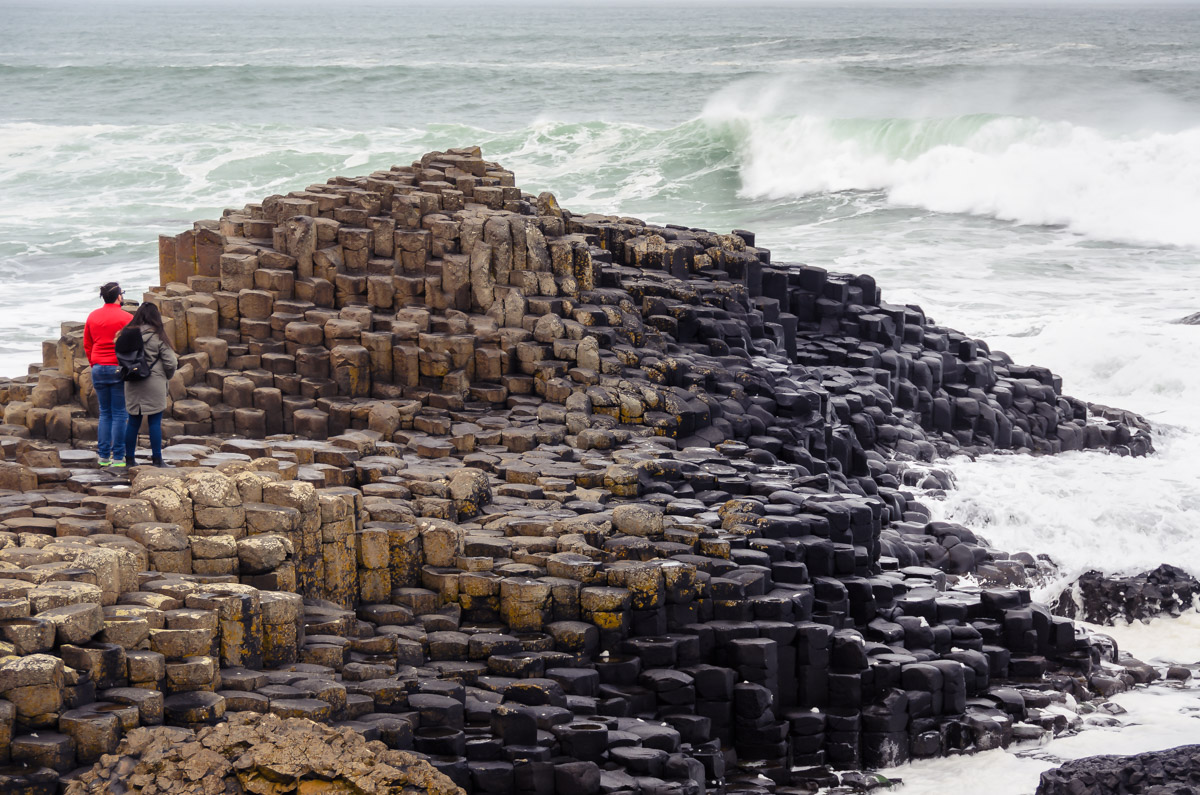 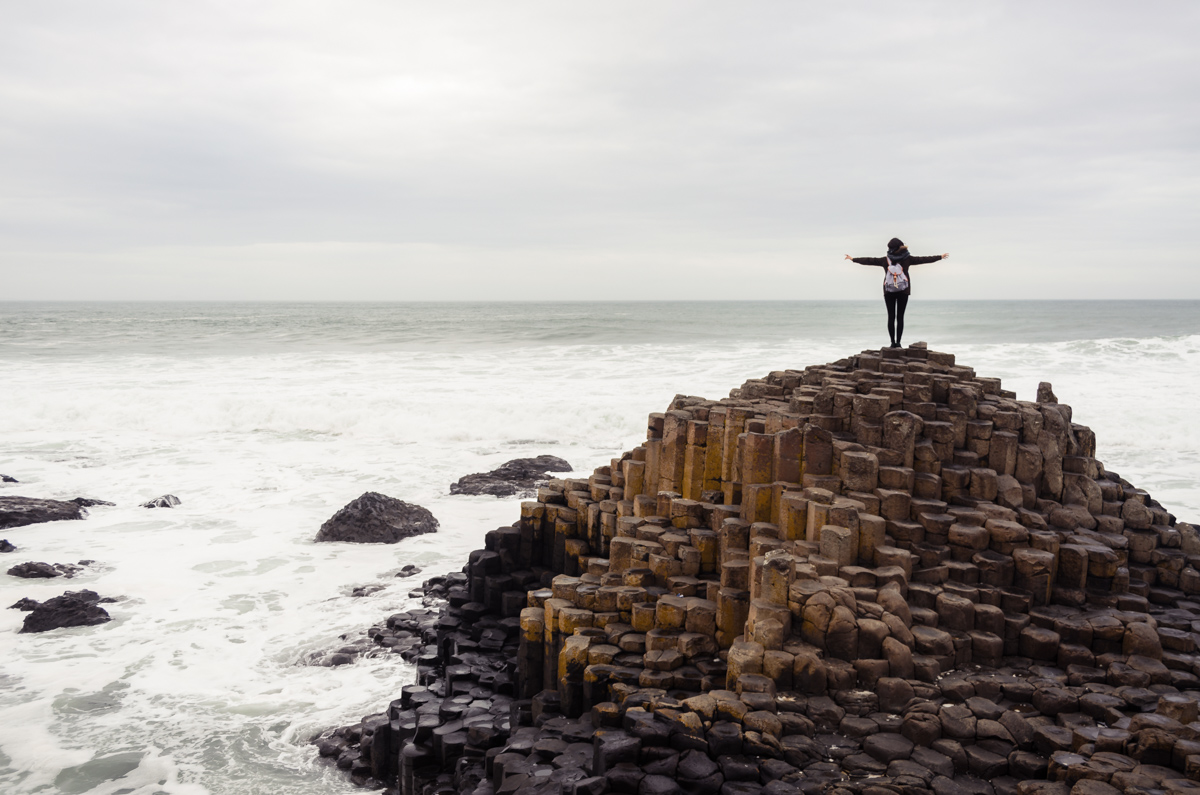 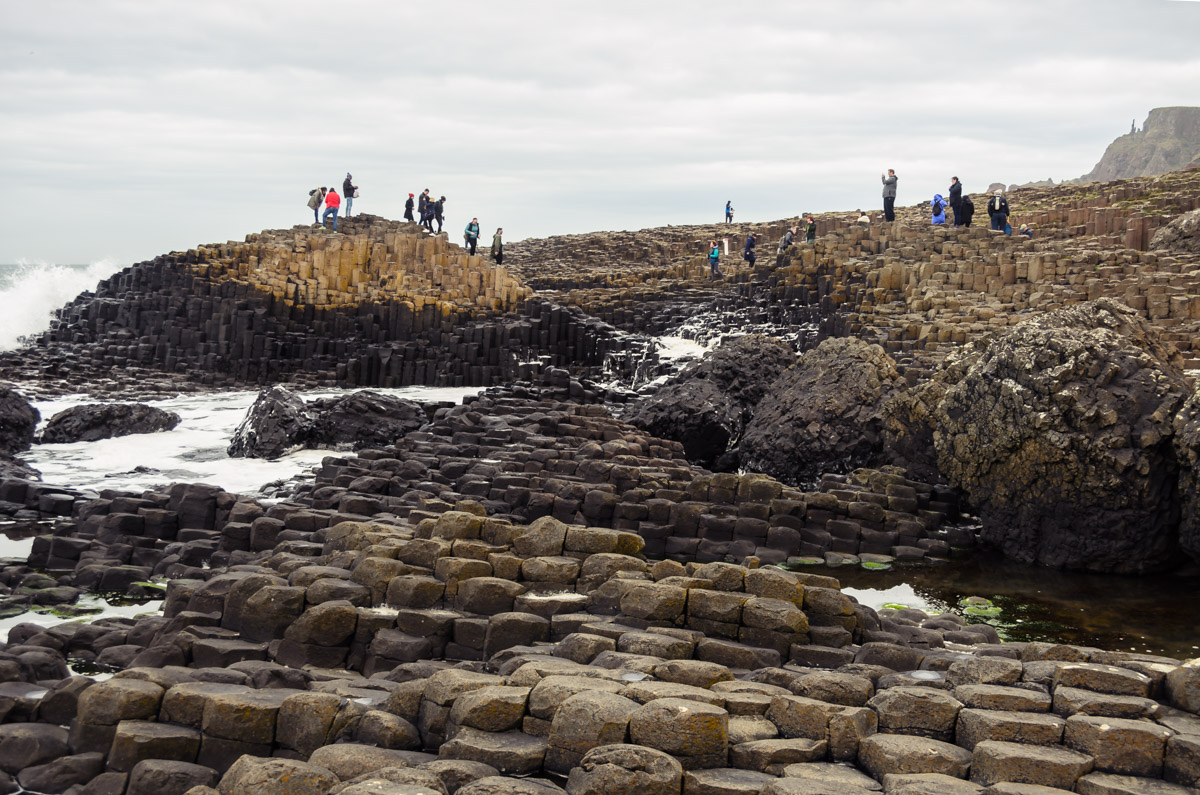 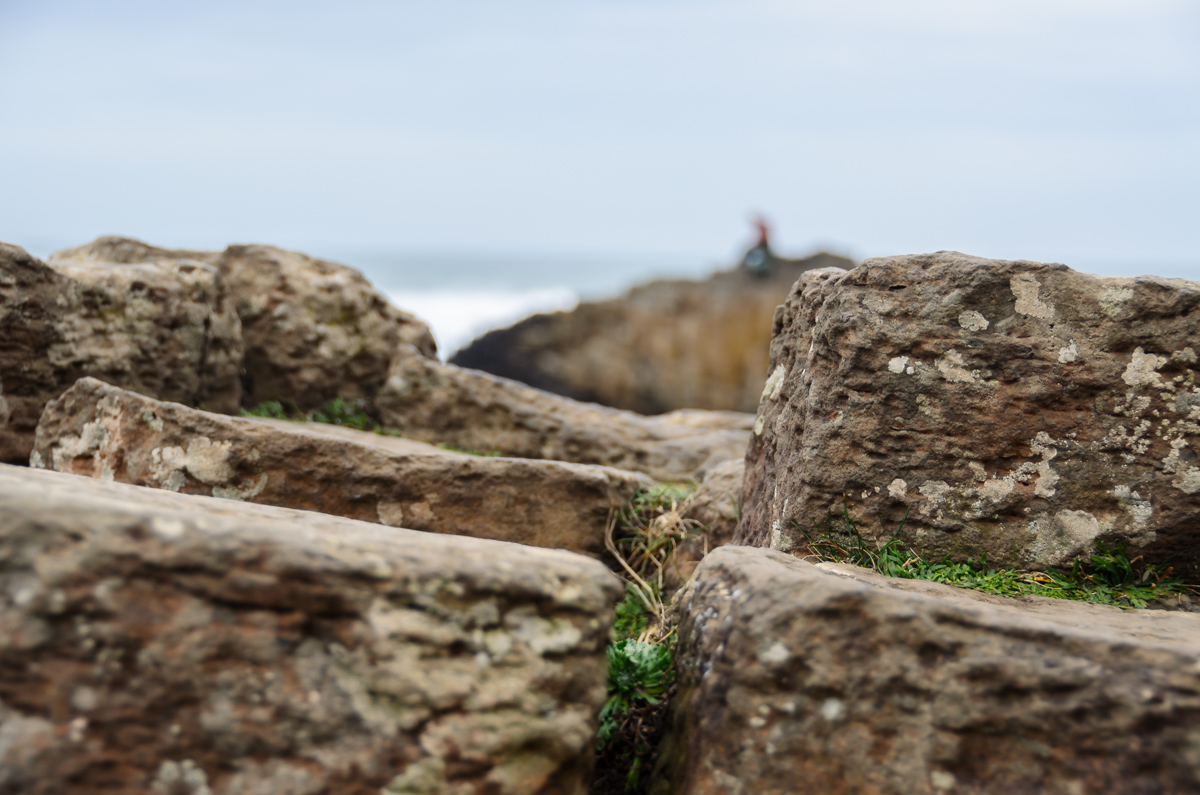 Surrounding area offers a number of additional curiosities, such as this Giant’s Boot, size 93.5. 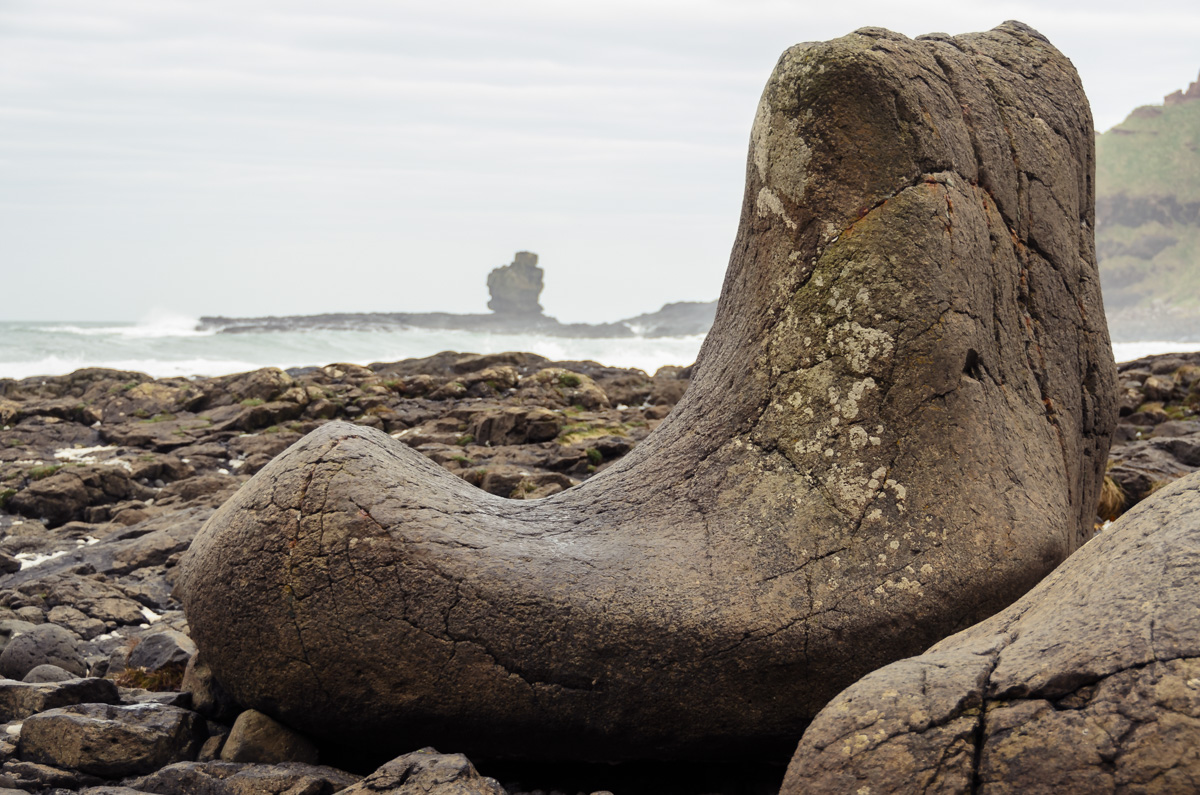 Up in the cliffs there are more columns, such as this impressive formation called The Organ. 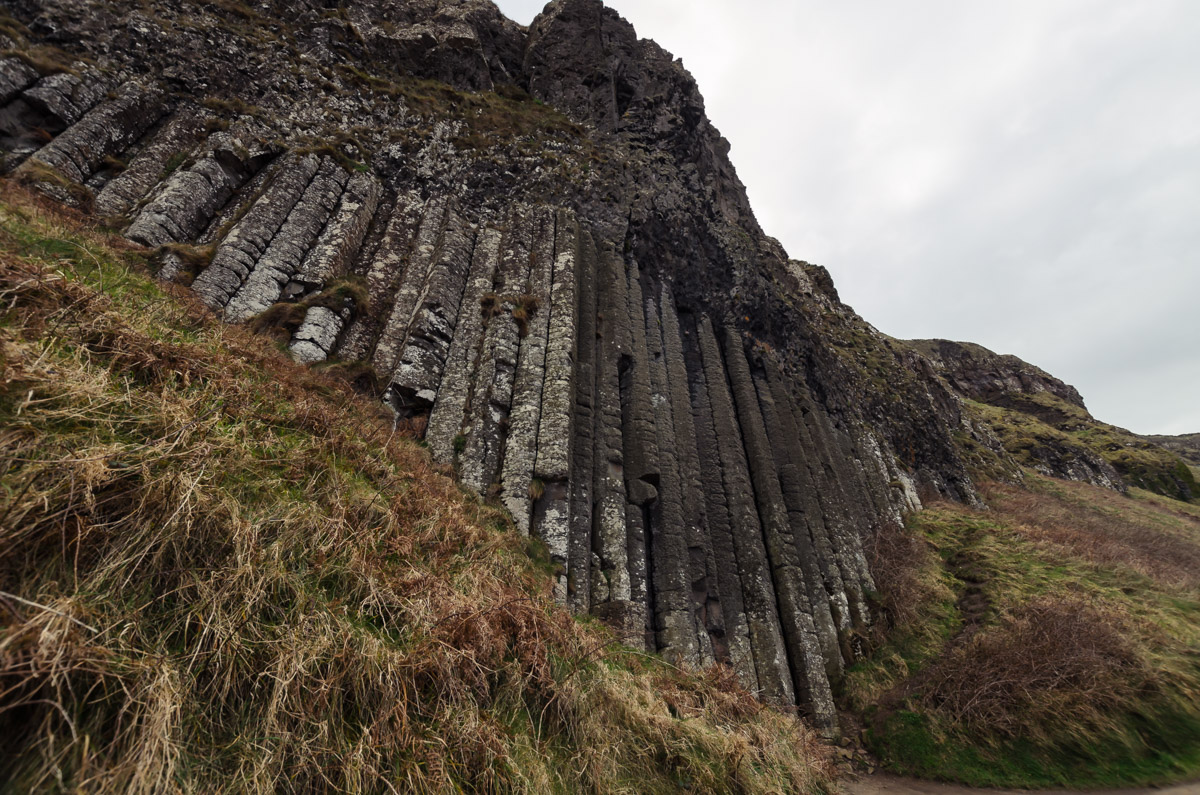 This standing rock off the coast easily attracts the eye. 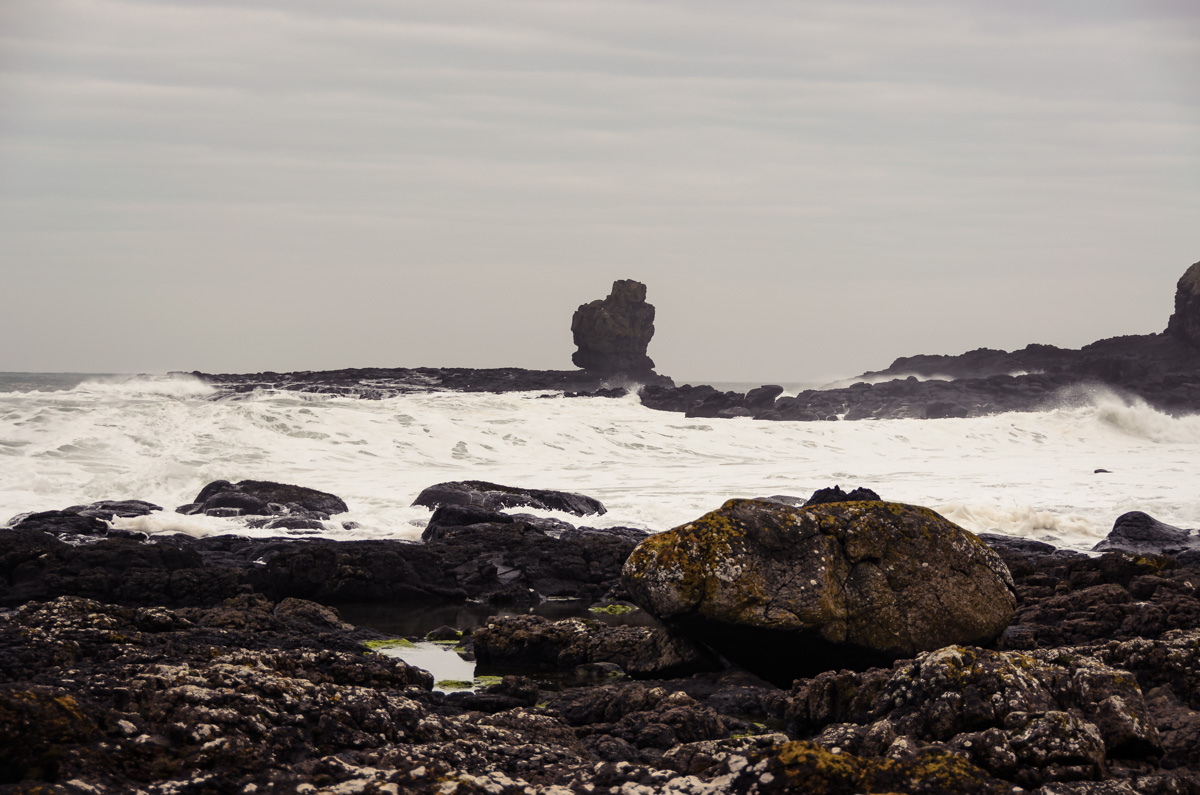 I took advantage of the various walking paths around the area which allowed me to enjoy some beautiful scenery from the high cliffs. 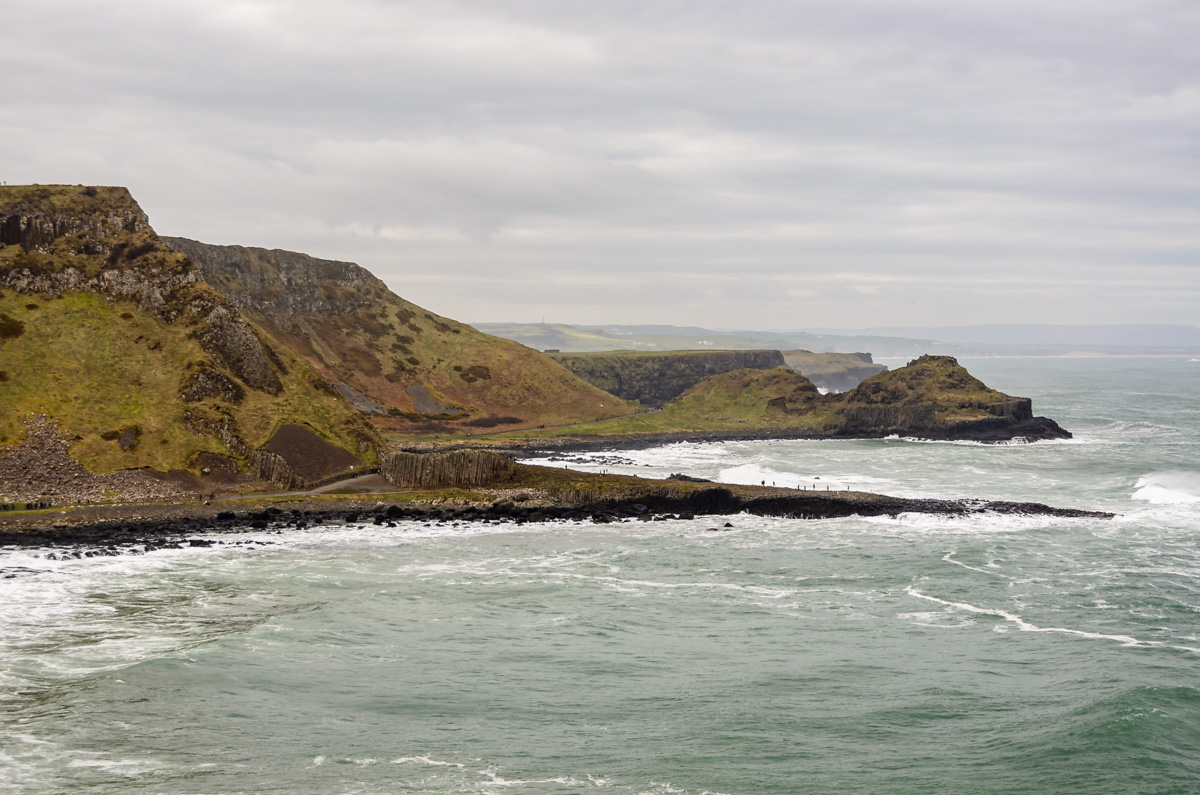 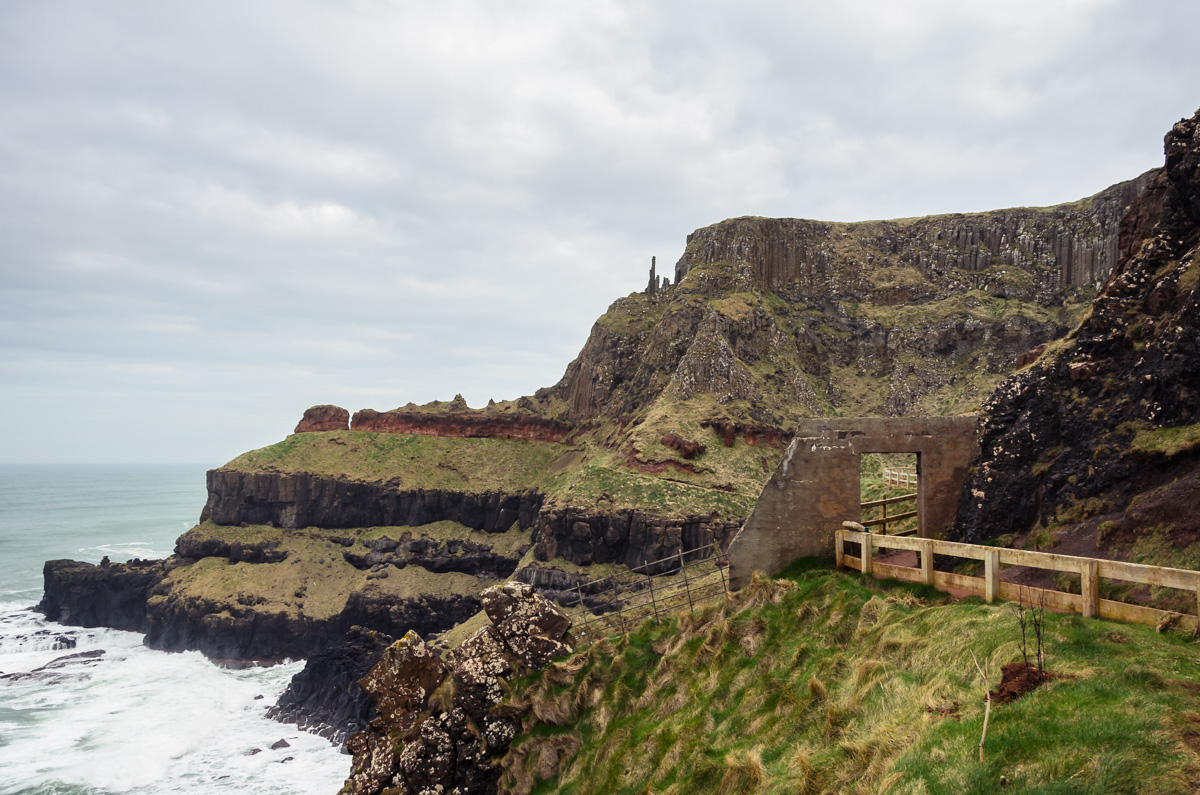 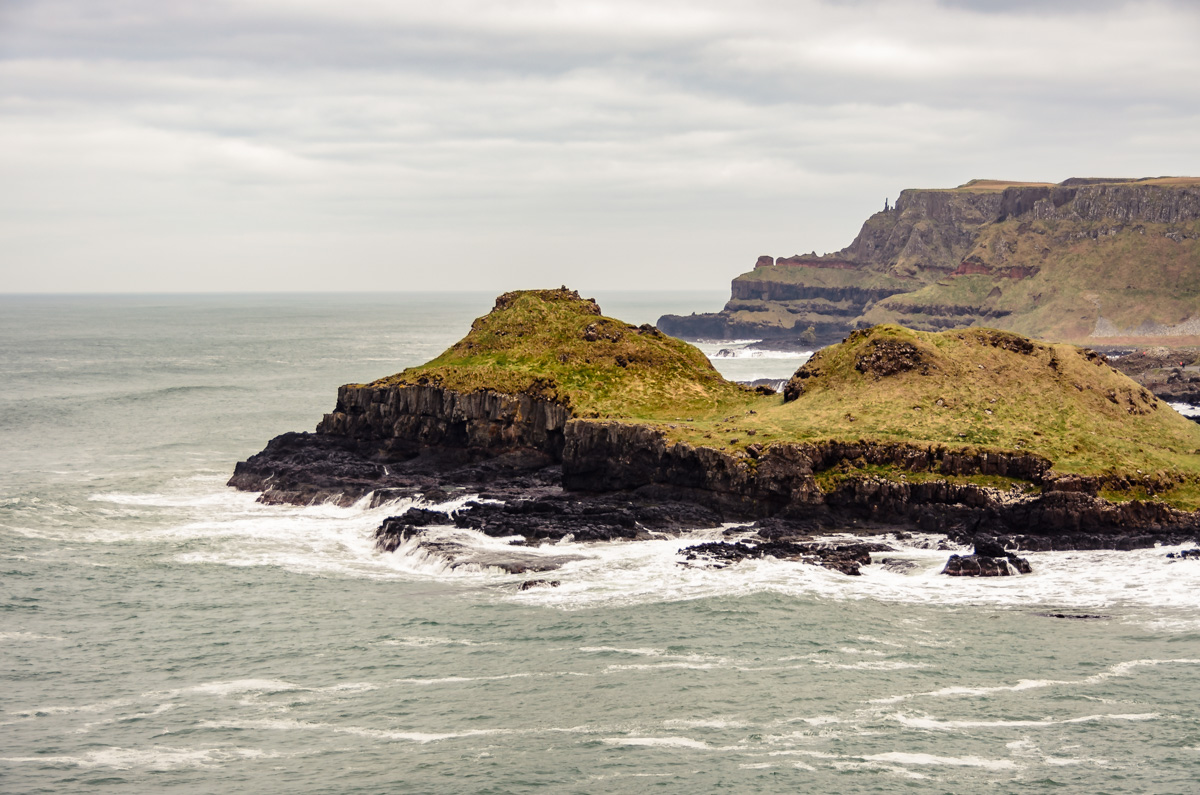 The visitor center, opened just a few years ago, is a pretty amazing structure built into the curves of the terrain. 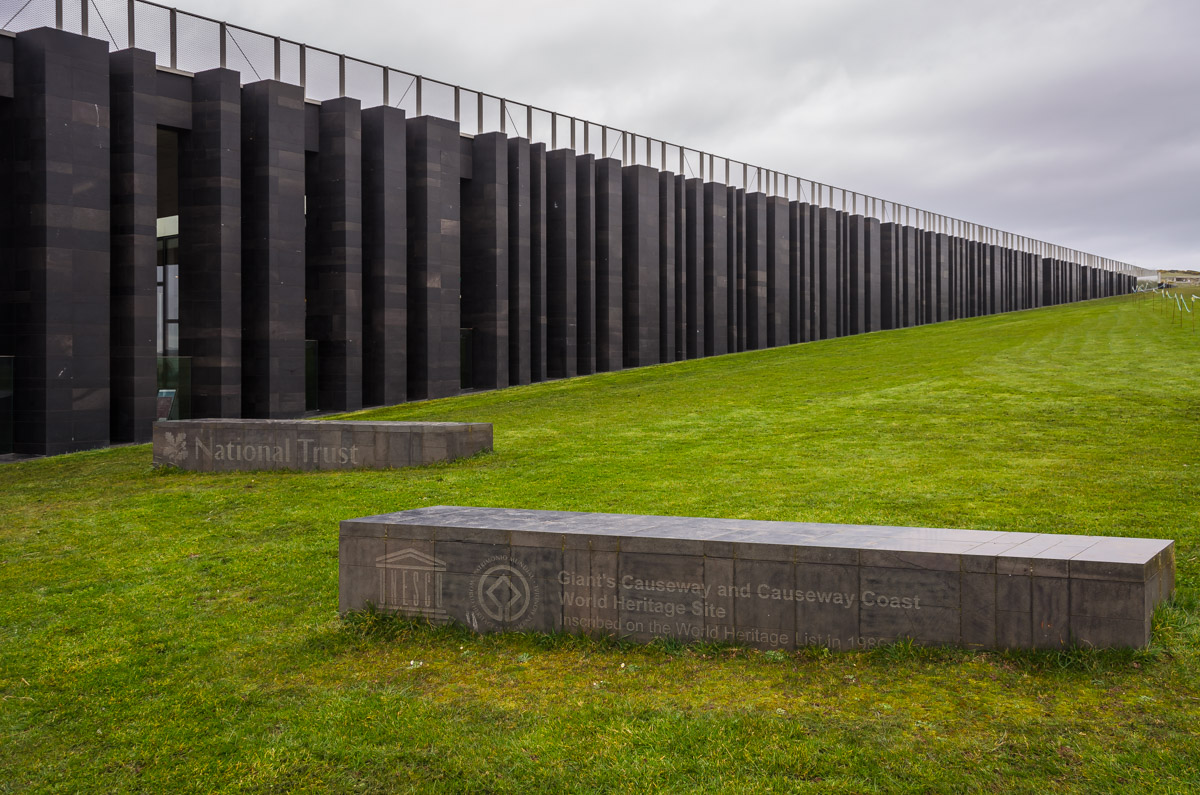 Of course, it is technically just a gateway to the World Heritage site, not part of the site itself.

Overall, the causeway is a unique if slightly underwhelming sight. Those more attuned to natural wonders may find it entirely incredible.

Giant’s Causeway is situated on the northern coast of the Emerald Isle. It is about an hour away from Belfast by car, and more than three hours away from Dublin. Budget three to four hours for a proper exploration of the site. If the weather is good, you may decide to extend your stay.

These and other pictures from the visit can be found in my Flickr gallery.