Wayne Gretzky famously said, You miss 100% of the shots you don’t take. He meant hockey, of course, but this adage is wholly applicable to photography. Sometimes a shot taken under conditions where no one can expect a good result comes out pretty well. But it is given a chance to come out well only if you attempt it. This picture of the Orava Castle in Slovakia is a good testament to that. 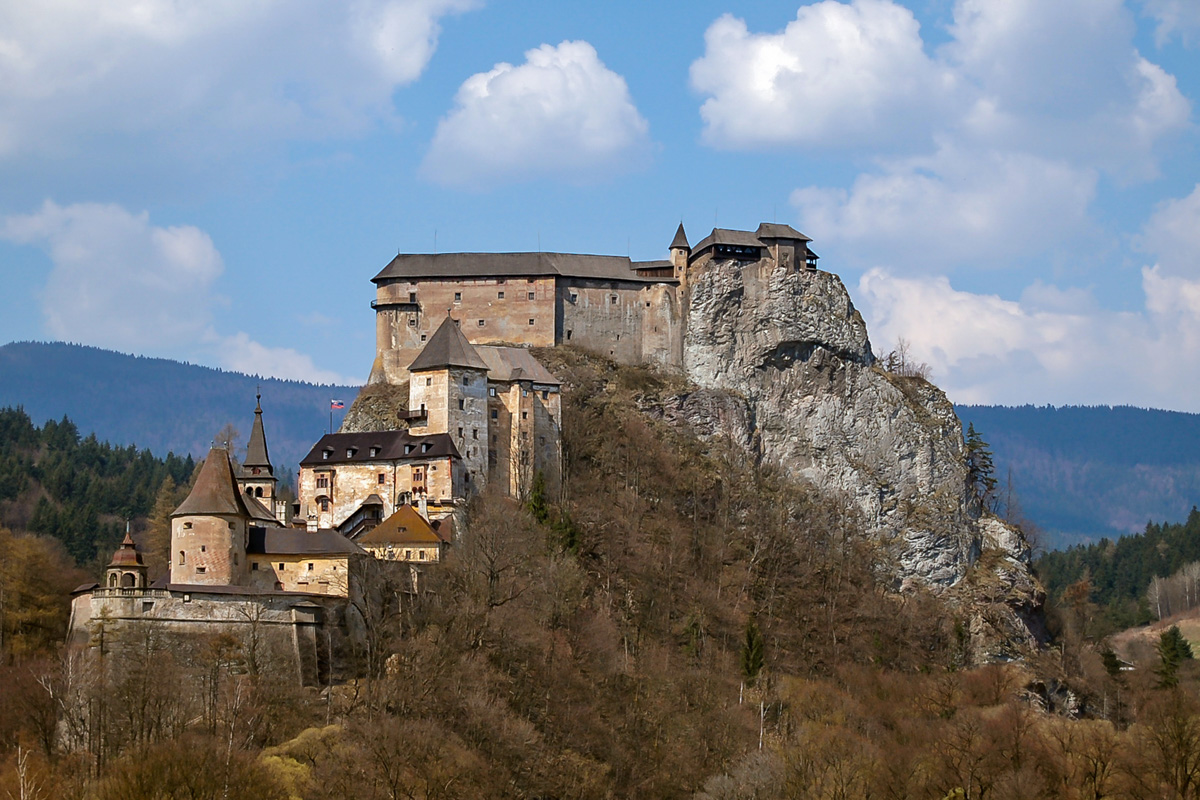 Last summer brief visit to Andorra notwithstanding, Slovakia remains the country that hosted me for the shortest amount of time. The family and I crossed it from north to south on the way from Krakow to Budapest in the matter of about 4 hours – and that includes an hour-long stop in radiant Banská Bystrica.

We traveled in a private chauffeured van, me riding shotgun, Natasha and the girls sharing seats in the back. The driver, a mild-mannered middle-aged Slovakian, spoke passable Russian, so a bit of conversation and basic tour guidance accompanied the ride.

The year was 2009, a couple of years before I discovered my passion for photography. I was just as likely to be filming with a camcorder as to be taking pictures with a DSLR even when we were walking. Through the windows of a vehicle moving at the speed of 90km/h for most of the time, I did not care to be filming but I was not attempting many still shots either. I did not expect to come away with good pictures.

But when the magnificent sight of the Orava Castle glided into my view I could not be content with just admiring it without trying to capture it. The window of opportunity lasted no longer than 20 seconds and in that time I managed to press the shutter button a few times.

At that moving speed, getting a reasonably sharp exposure was a question of luck rather than skill. However, like a true amateur back then I shot everything in Auto mode. My above-average Nikon D40 performed its task amazingly well. The favorite result is above. It may be technically just a snapshot but it offers a great visual memory of that day and that ride.

These days, I am probably still excessively selective in what I attempt to capture on my photographs. But I almost never pass a shot solely because I feel the conditions are not ideal.