Recognized as a masterpiece of civil engineering, Semmering Railway is a 41-km-long stretch of tracks across Alpine landscape. I ended up traversing it twice in both directions on my recent trip to Austria. The way from Vienna to Graz lies over the same tracks, with the speedy train only slowing down on the most challenging section. A day-trip to Graz was part of my itinerary so I could have left it at that, but I also wanted to explore the railroad on a slower train, hoping that it would give me more opportunities for photography. So I set aside a day for riding a local train from Vienna via Gloggnitz to Mürzzuschlag and back.

The returns were decidedly mixed. There are wonderful landscapes all around but they are hard to catch with good results from a window of a moving train, even one going at a speed of no more than 40 miles an hour. Here are a few glimpses of the progressively more snowy valleys and villages. 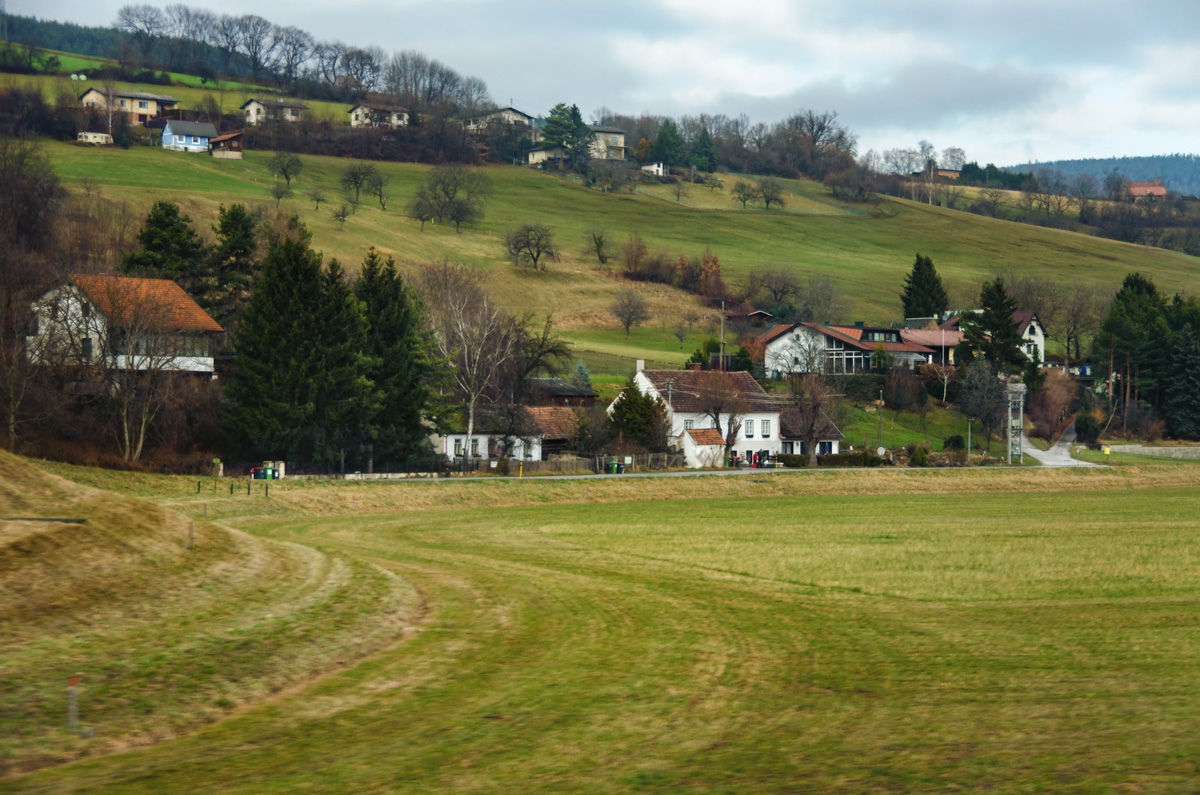 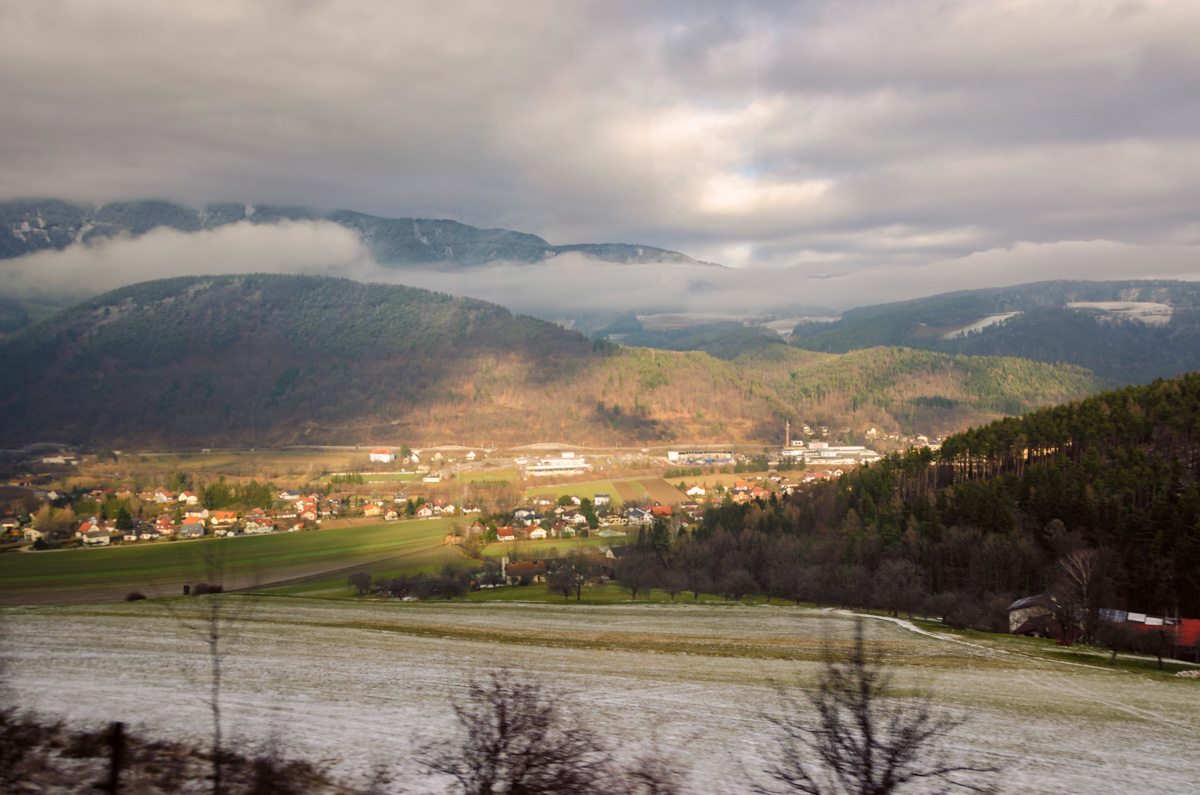 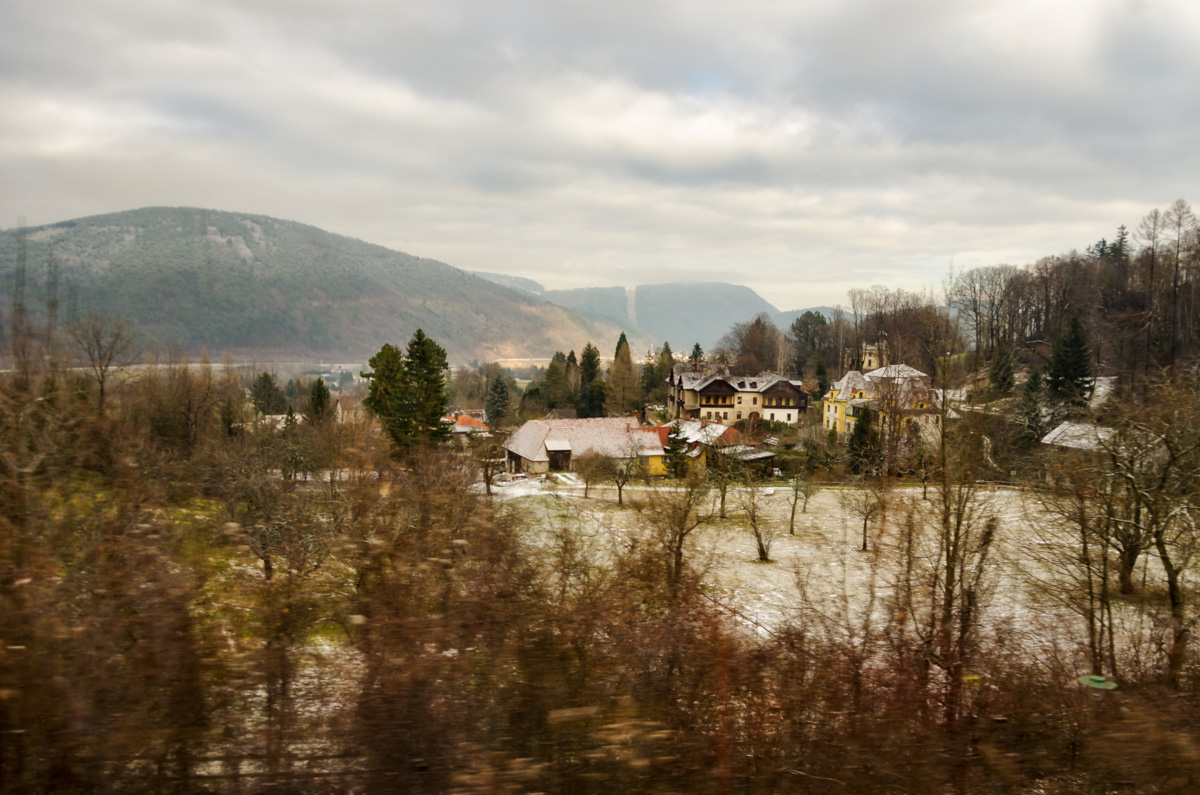 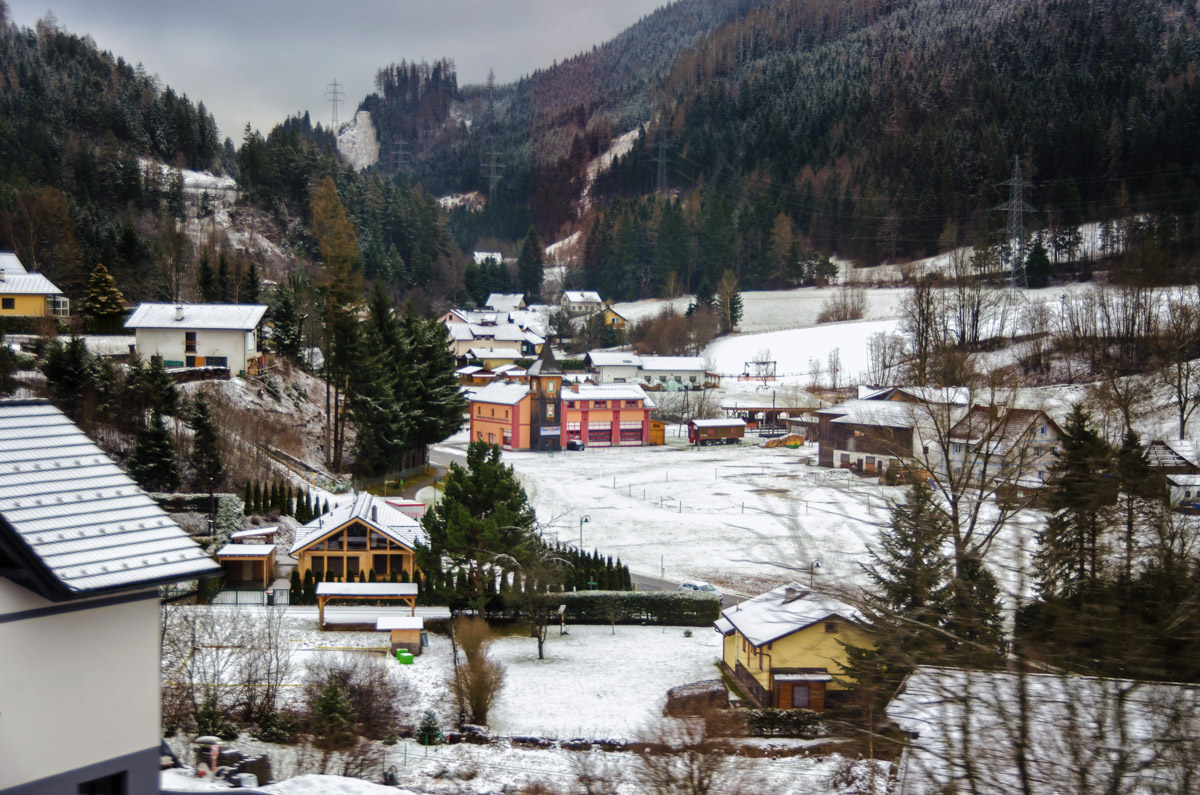 A few times I managed to capture colorful nearby buildings reasonably well. 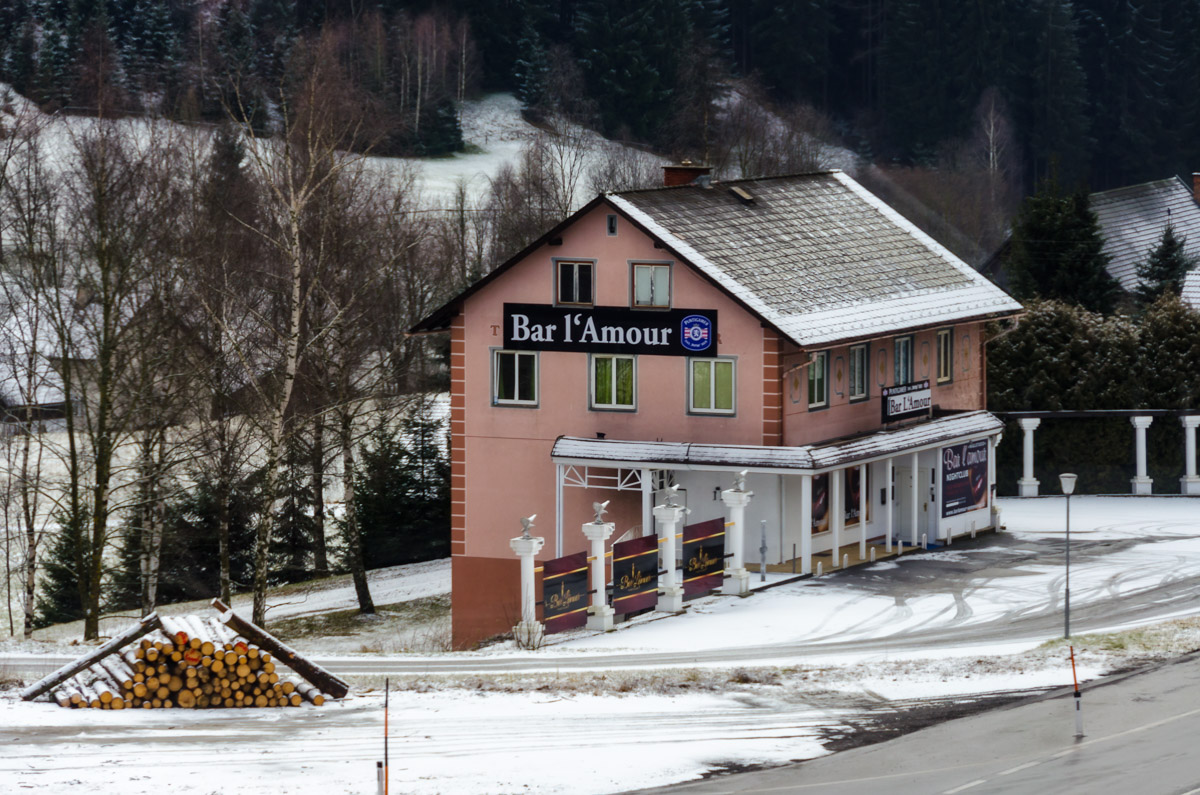 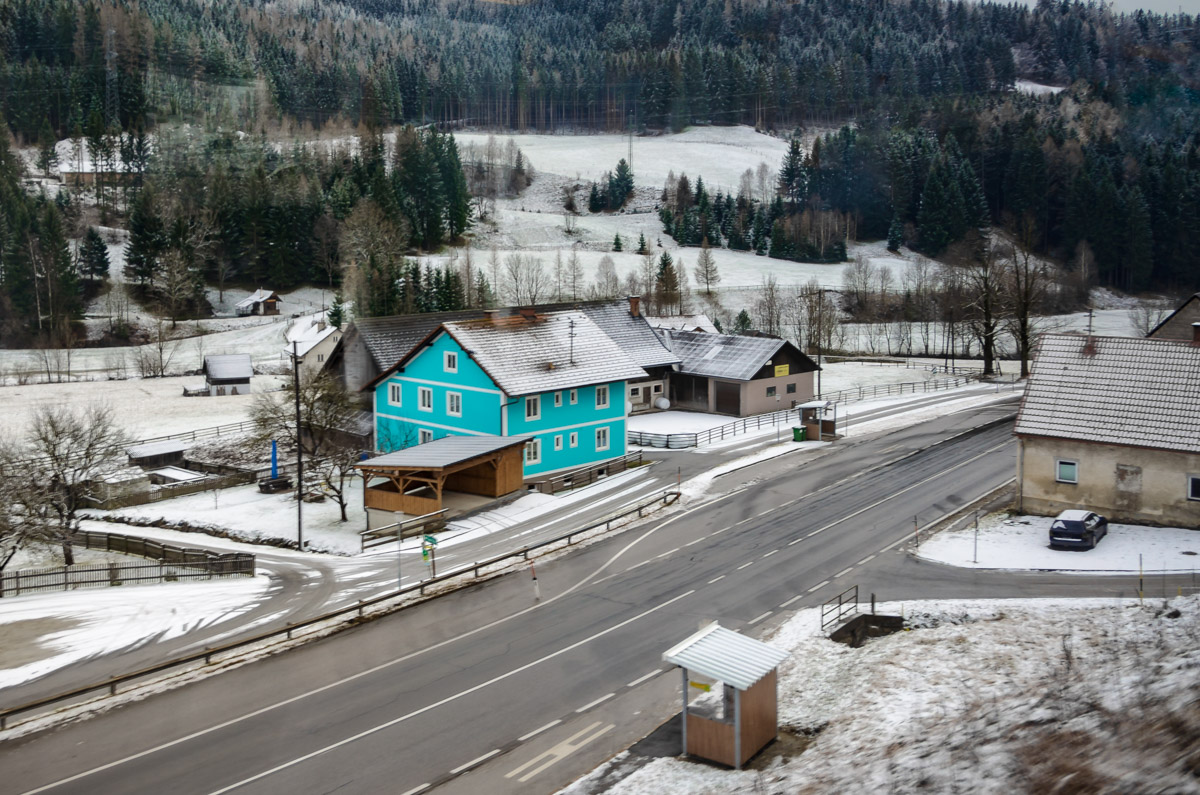 At one high pass, I even chanced upon a stretch of blue skies. 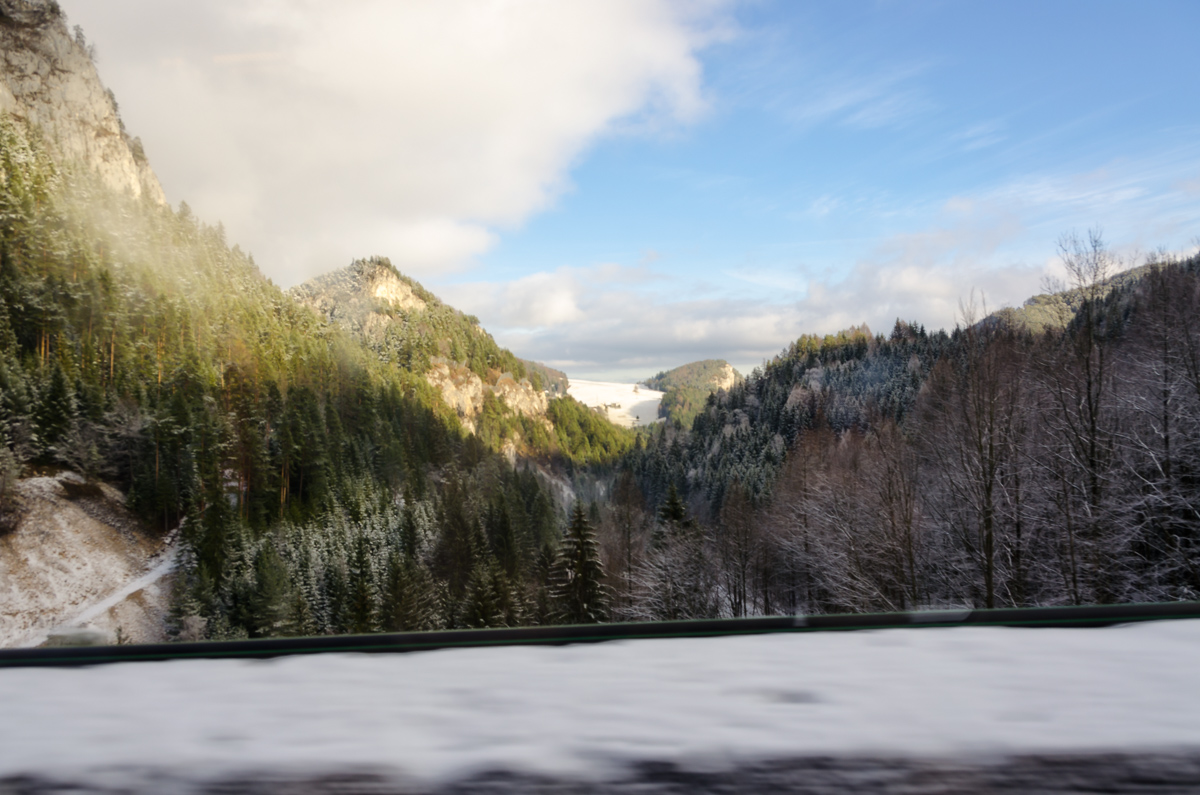 The most visually striking part of the railroad are its 16 high viaducts. From a carriage window, it is nearly impossible to photograph them: the tracks do not bend enough to offer good perspectives. This is the best I could do. 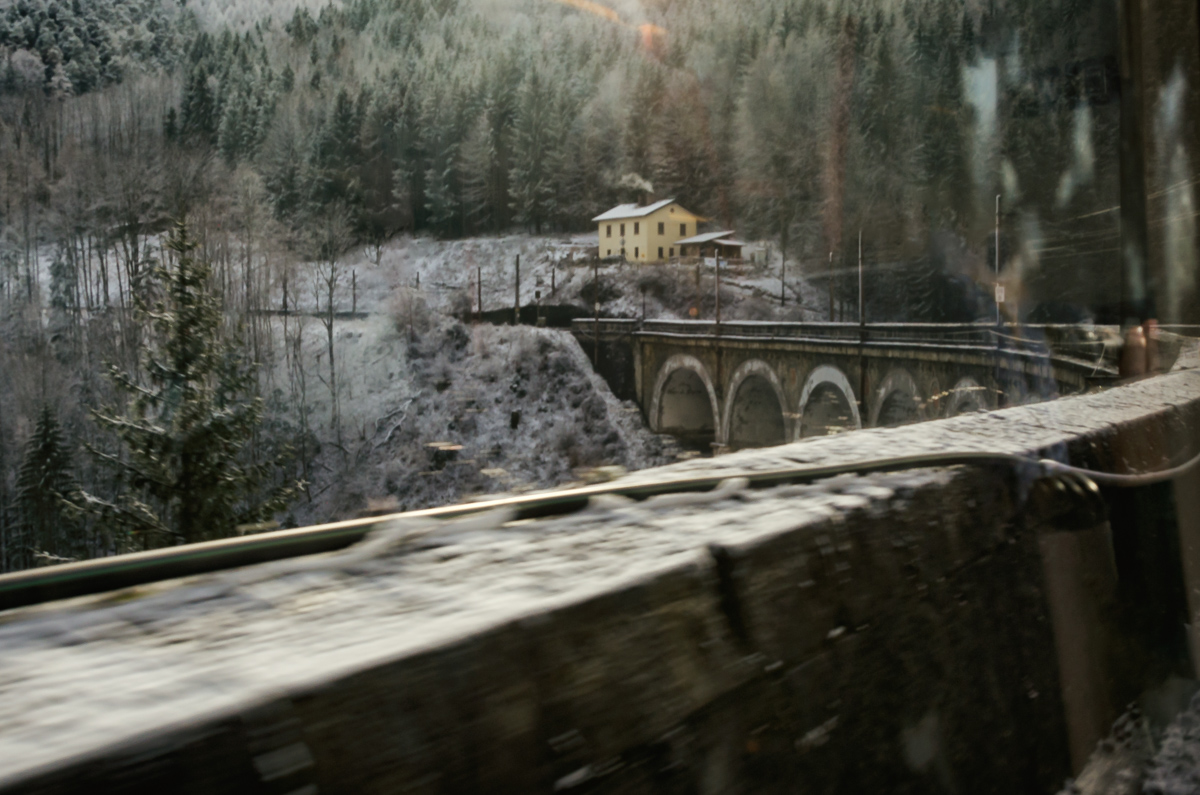 I got off the train at Semmering, a skiing resort that gives the name to the railroad. The monument at the station commemorates the railroad’s designer and construction director Carl von Ghega and the World Heritage recognition. 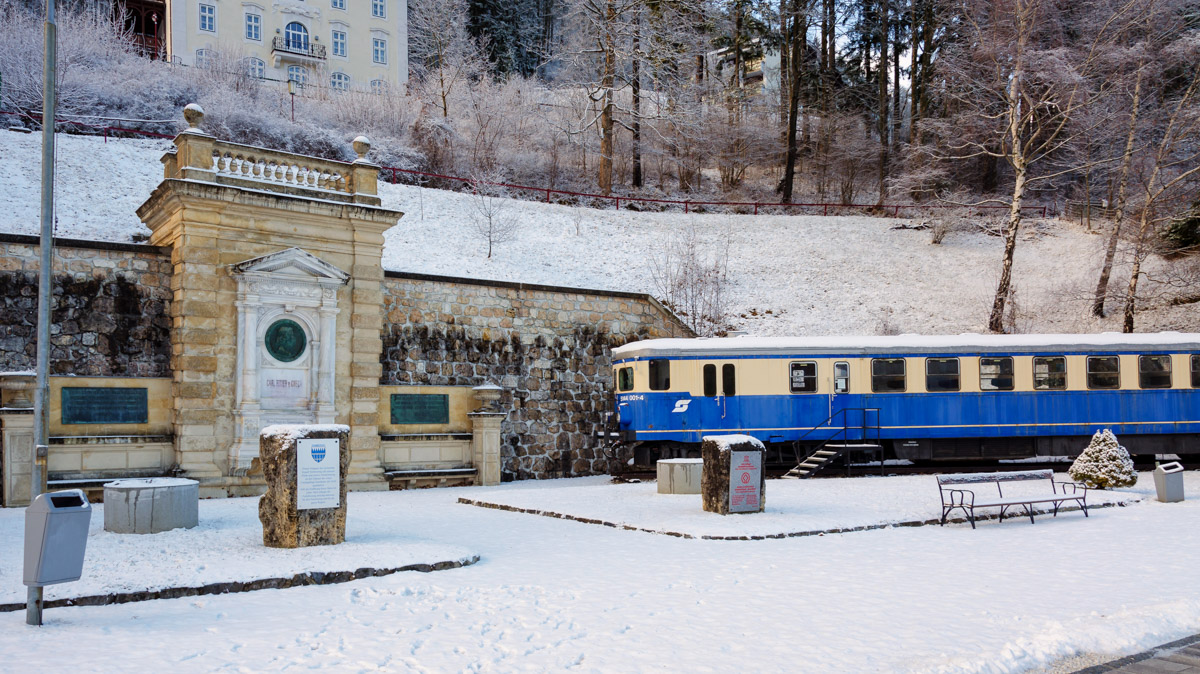 The railroad museum is in Mürzzuschlag, but the train schedule is not conducive to spending time at both Mürzzuschlag and Semmering in the course of a single day. I chose the more snowy high point, which may or may not have been a good decision in itself. In the roughly an hour and a half between trains, I walked the paths of the seemingly deserted Semmering, capturing a few winter perspectives. 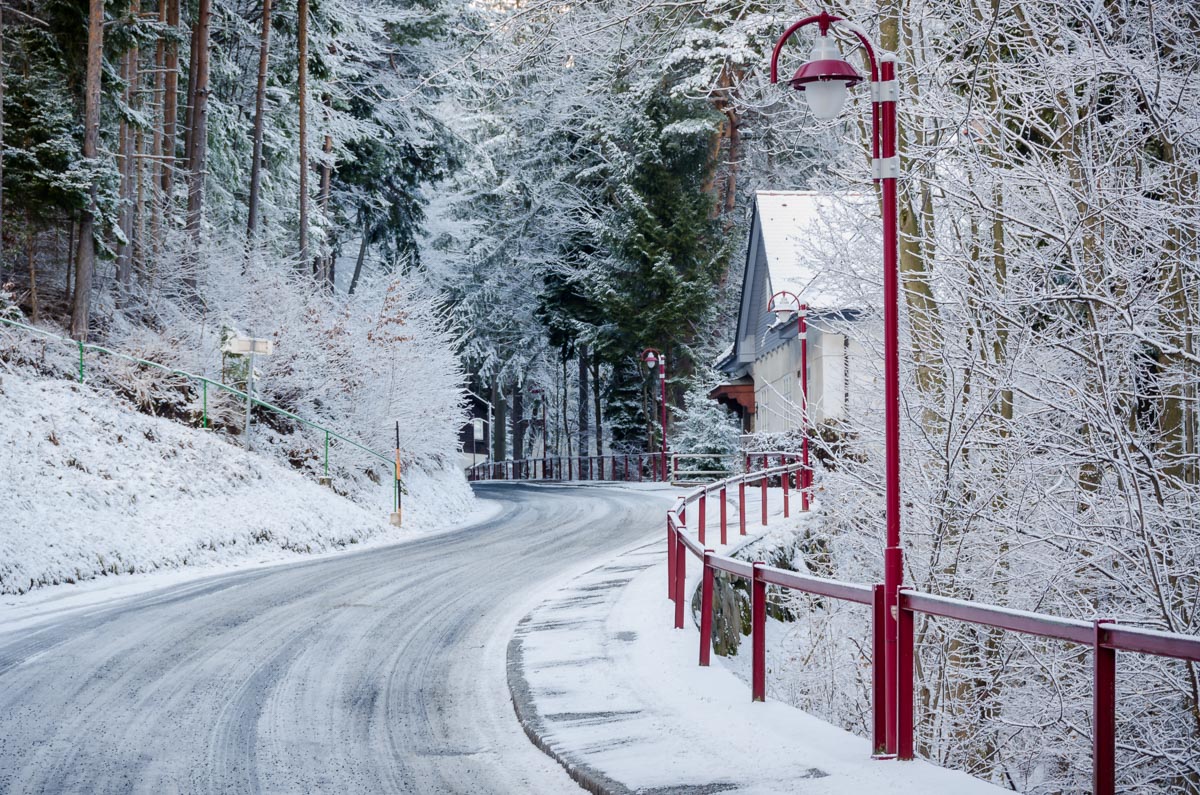 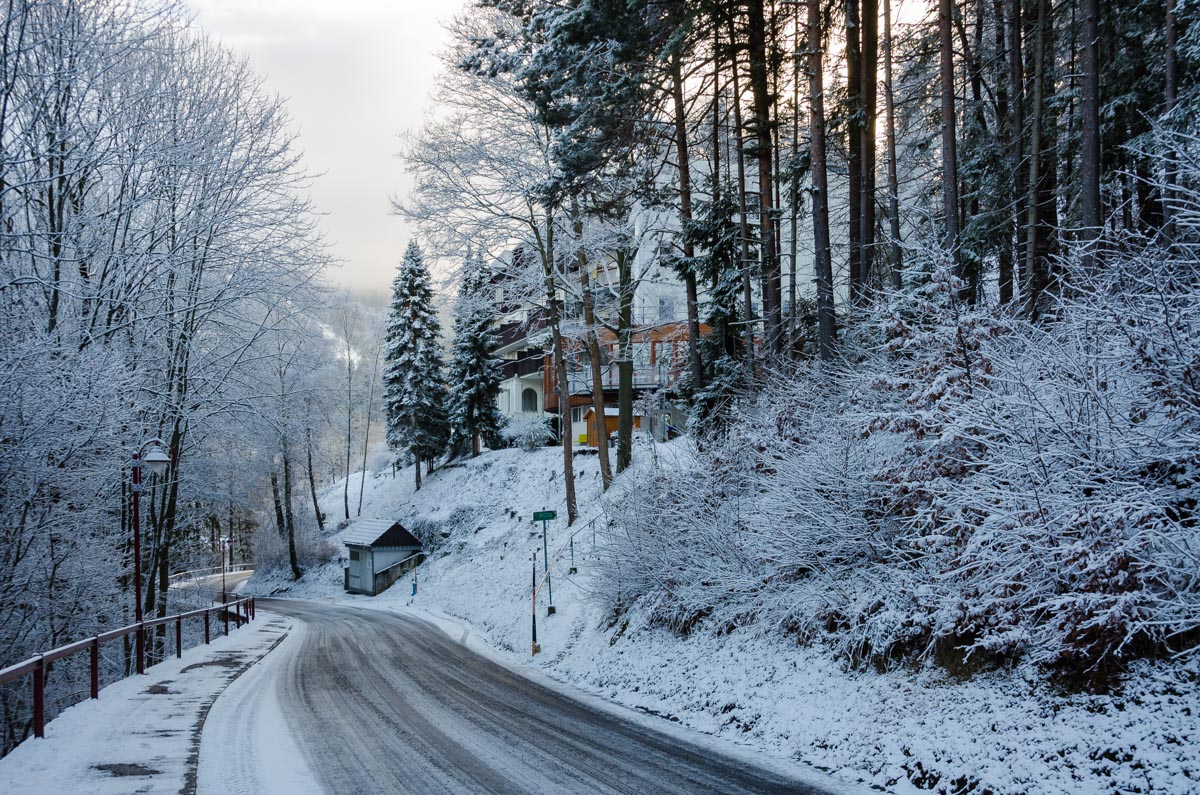 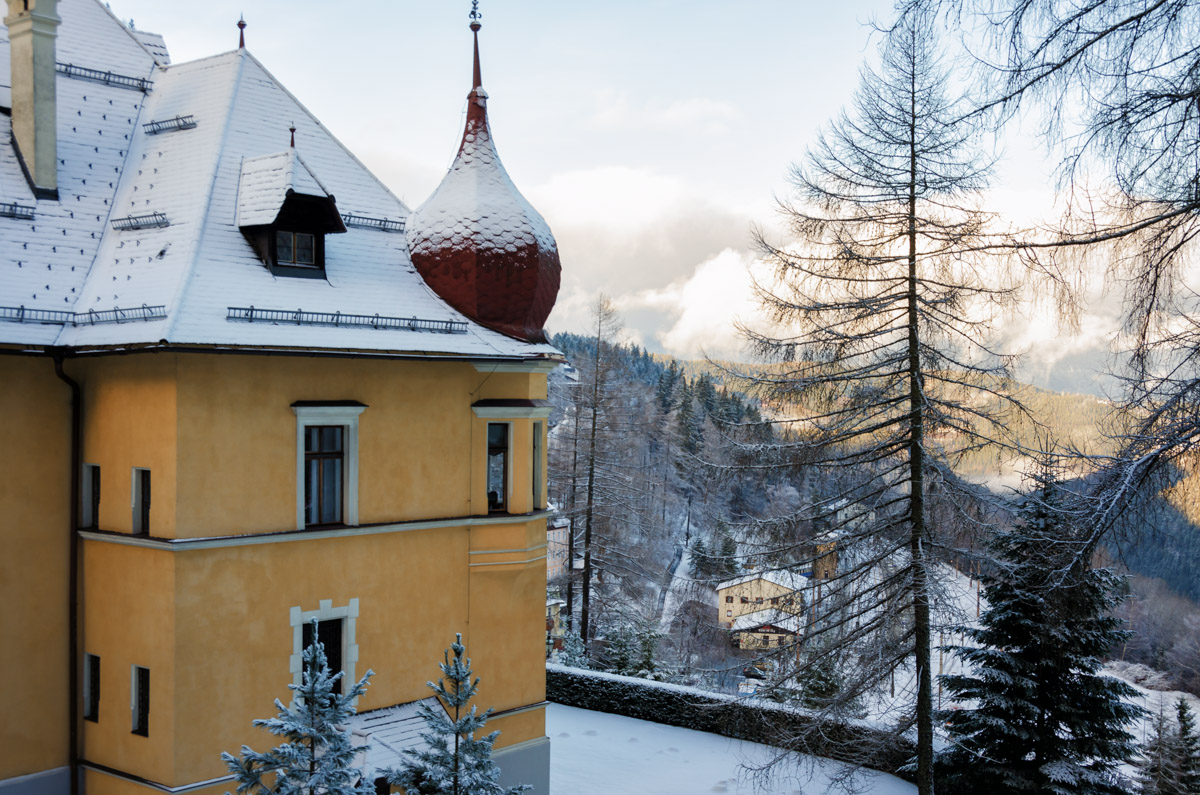 I eventually walked up to the skiing center where I found people but nothing worth to photograph.

Semmering Railway is likely best explored with a car, stopping at viewpoints to see viaducts from the distance and driving up to some of the villas and hotels that make the landscape lively (not having to depend on the train schedule would also make the trip more fulfilling). It lies within an hour and a half from either Vienna or Graz, so probably could be visited as an intraday destination on the way from one to another.