Schönbrunn Palace and Gardens, on the World Heritage list as an outstanding example of Baroque architecture and design, should have been #40 on my chronological tracker of visited sites. On the first visit to Vienna, in 2005, it was initially part of the itinerary. But after spending a day exploring all that Alte Burg could offer, and considering that in the preceding 3-4 years we have seen a number of grand palaces, we decided to drop “another royal palace” from our program and instead to spend more time walking around the city.

My second time in Vienna, a decade later, the bias towards World Heritage sites dictated that Schönbrunn was a non-negotiable point of interest.

It certainly holds its own among the grand palaces of Europe. The royal apartments are as resplendent as expected from a palace of the kings and queens – plus, the audio-guide narration, while somewhat sketchy and non-linear, gives you a pretty good summary of the history of Hapsburgs. The park is huge and impressive.  In summer when flowers are in bloom it must be a lot more colorful.  Also, on a rainy winter day it loses a good portion of its luster – pick a good-weather day to visit, if you can.

Unfortunately, photography inside the palace is strictly prohibited, and the day I picked for the visit was pretty drab. Not much in terms of good pictures, I am afraid. 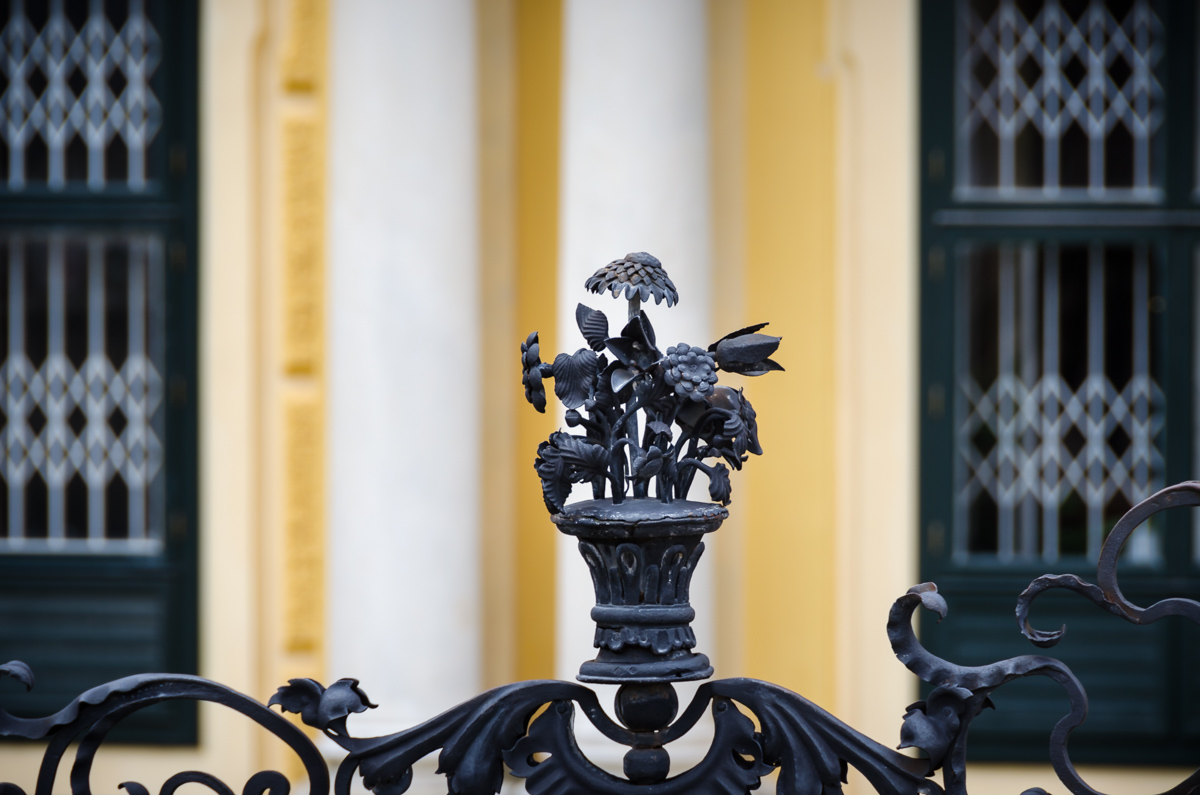 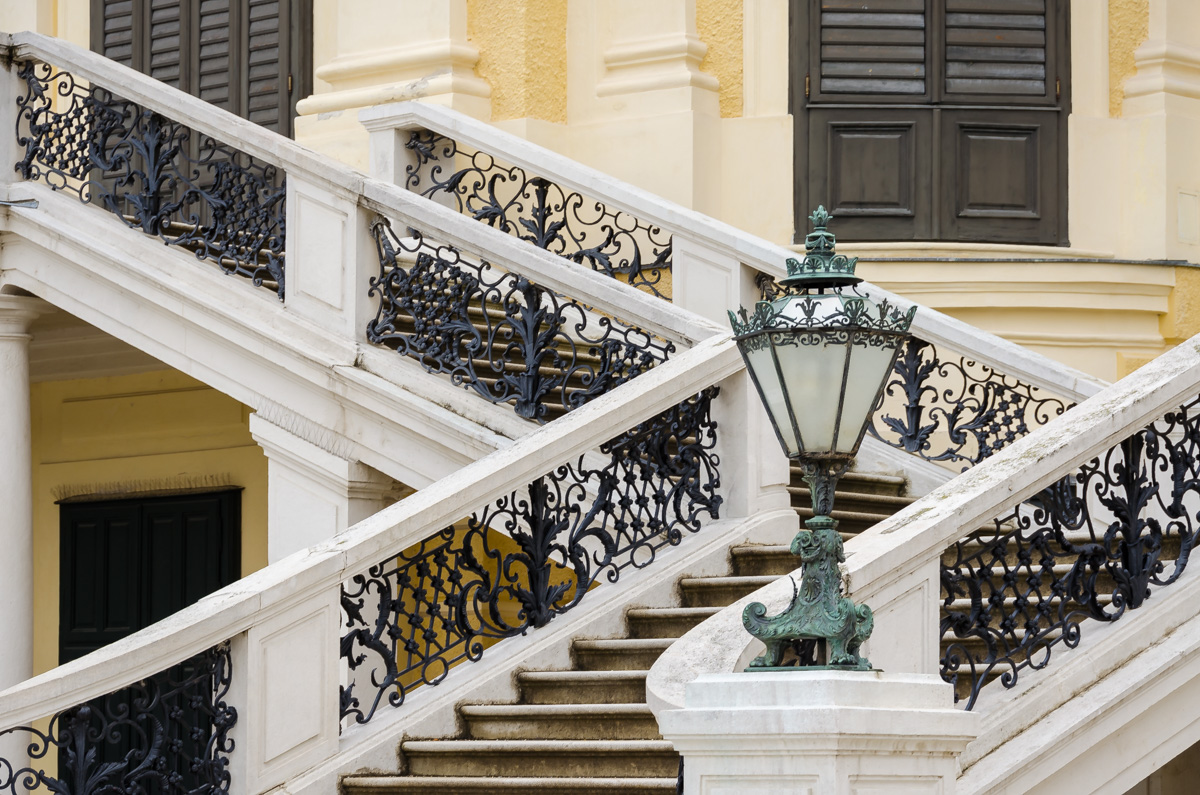 Views from the palace towards Gloriette, a pavilion and colonnade at the highest point of the park. 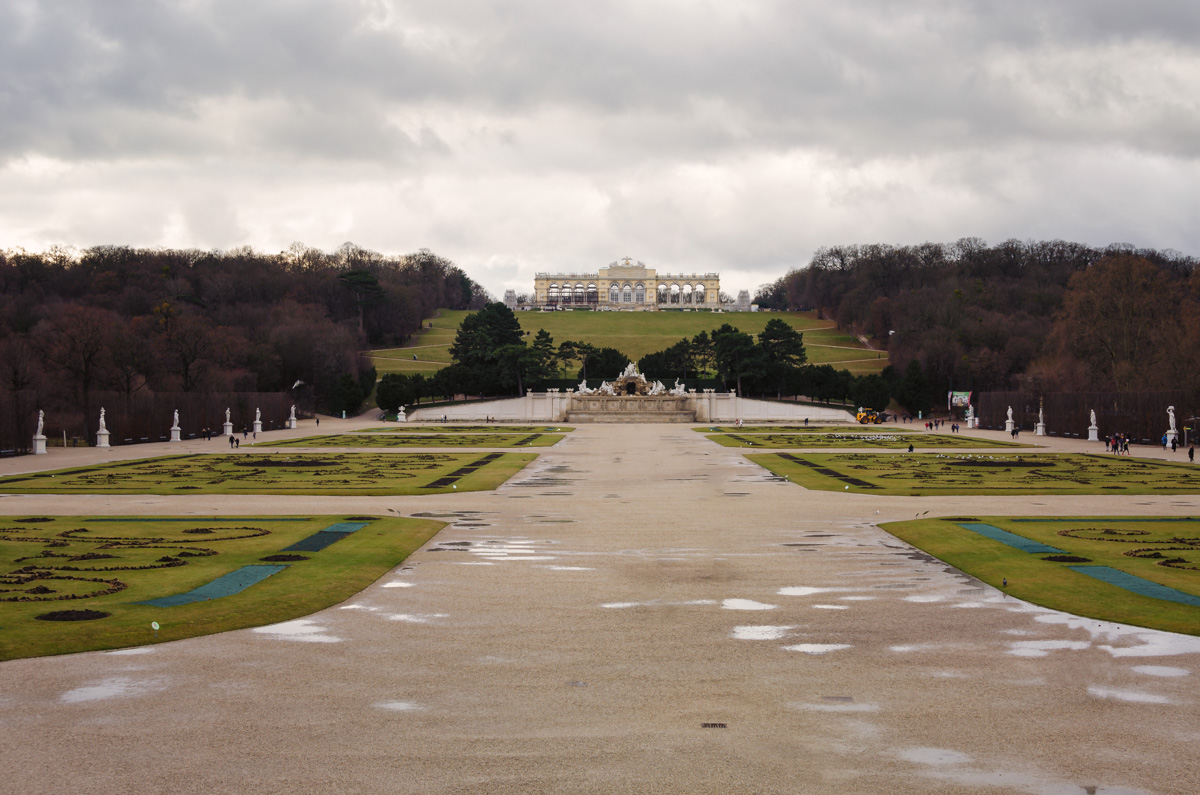 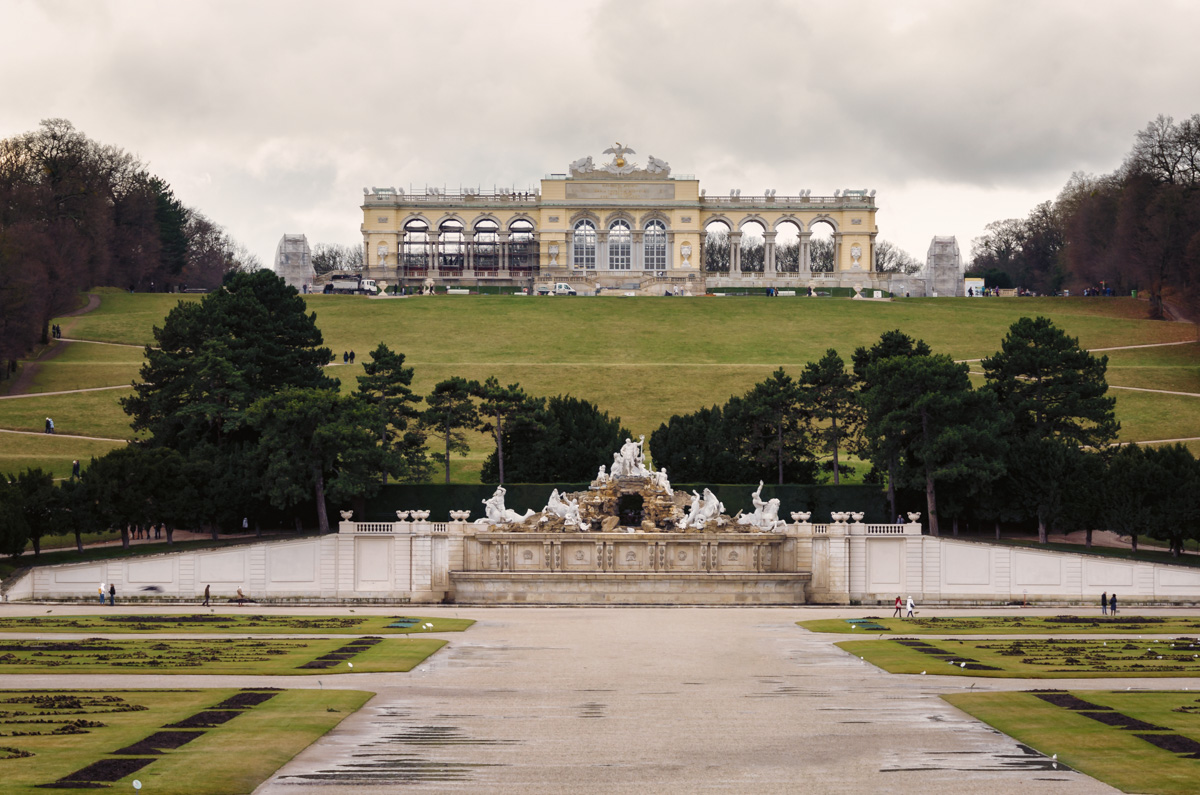 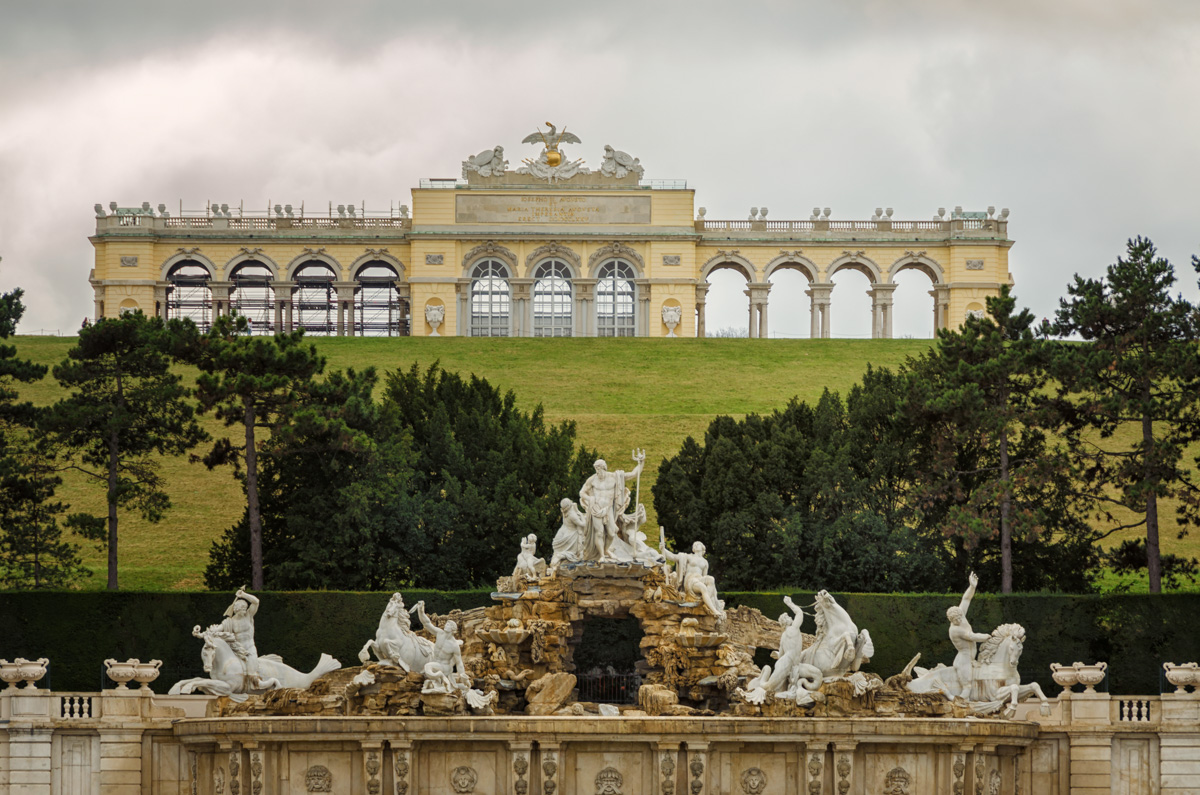 Closer view of the Neptune Fountain. 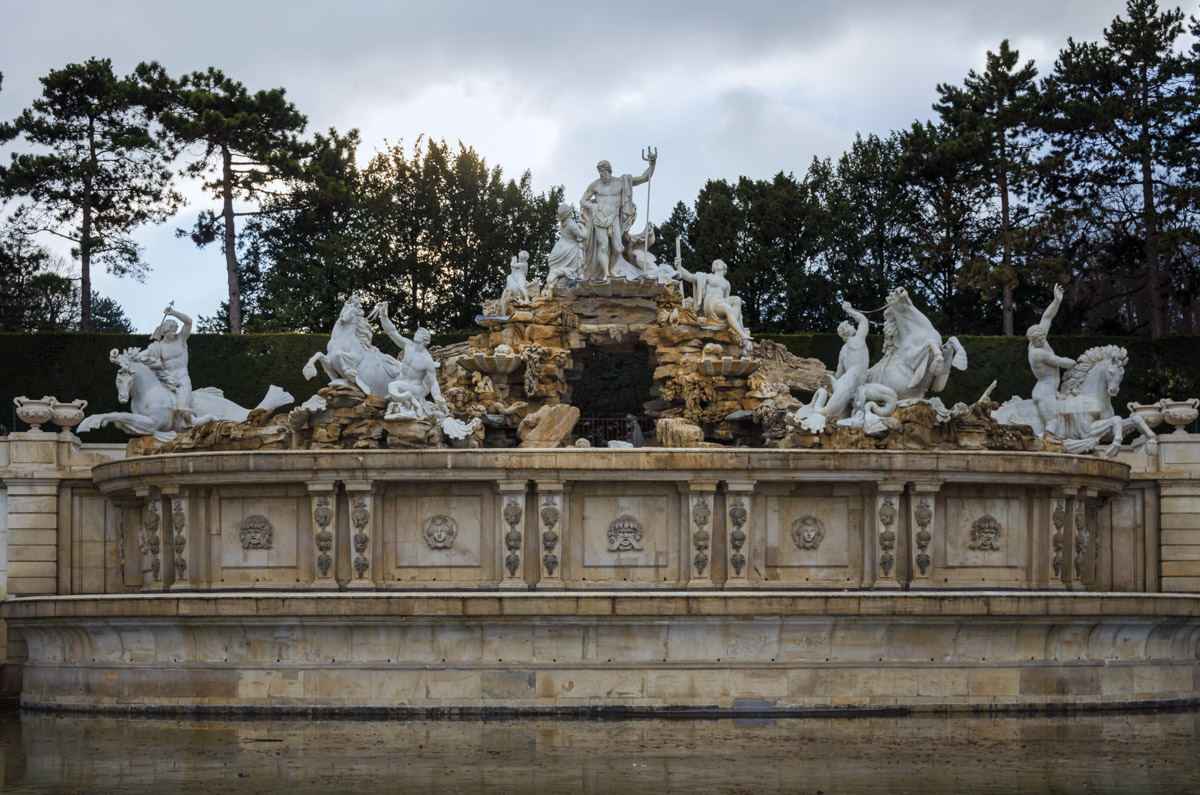 And several long perspectives of the palace itself. First, from the center of the Great Parterre, the main open space of the gardens.

Next, from the foot of the hill, under the fountain. 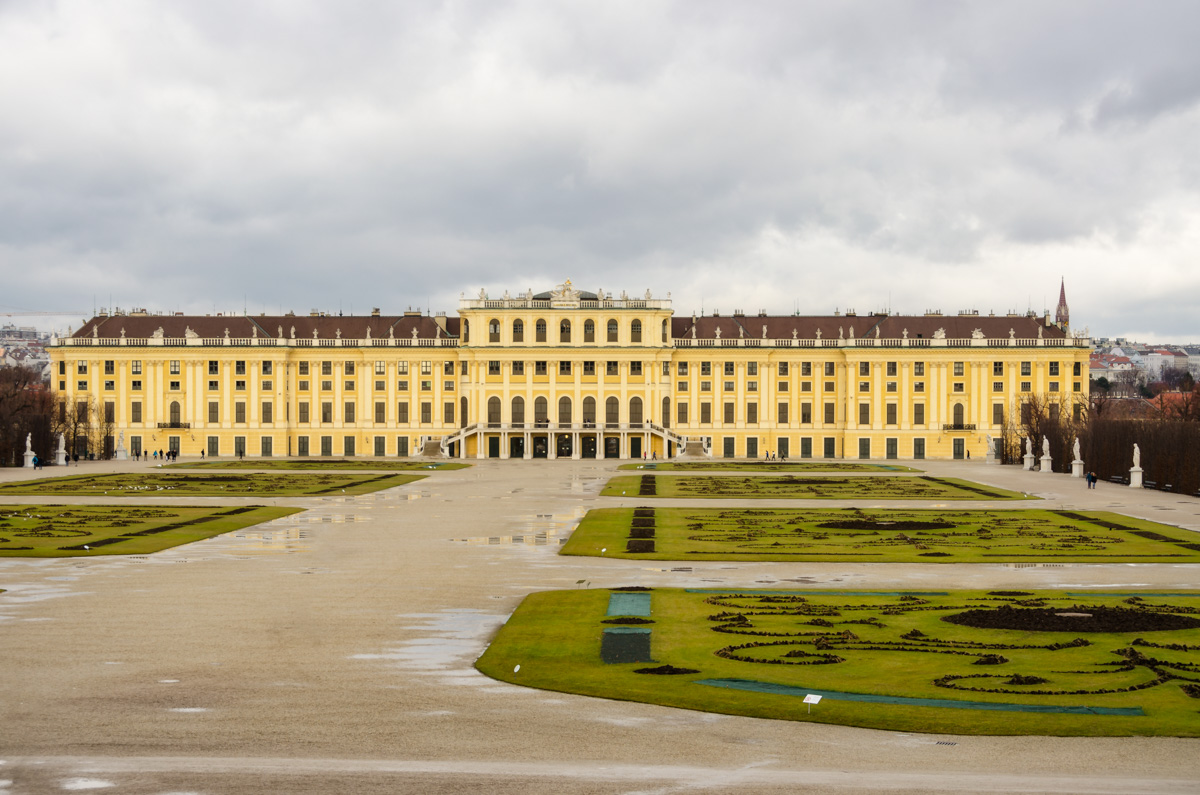 Through the grotto at the center of the fountain. 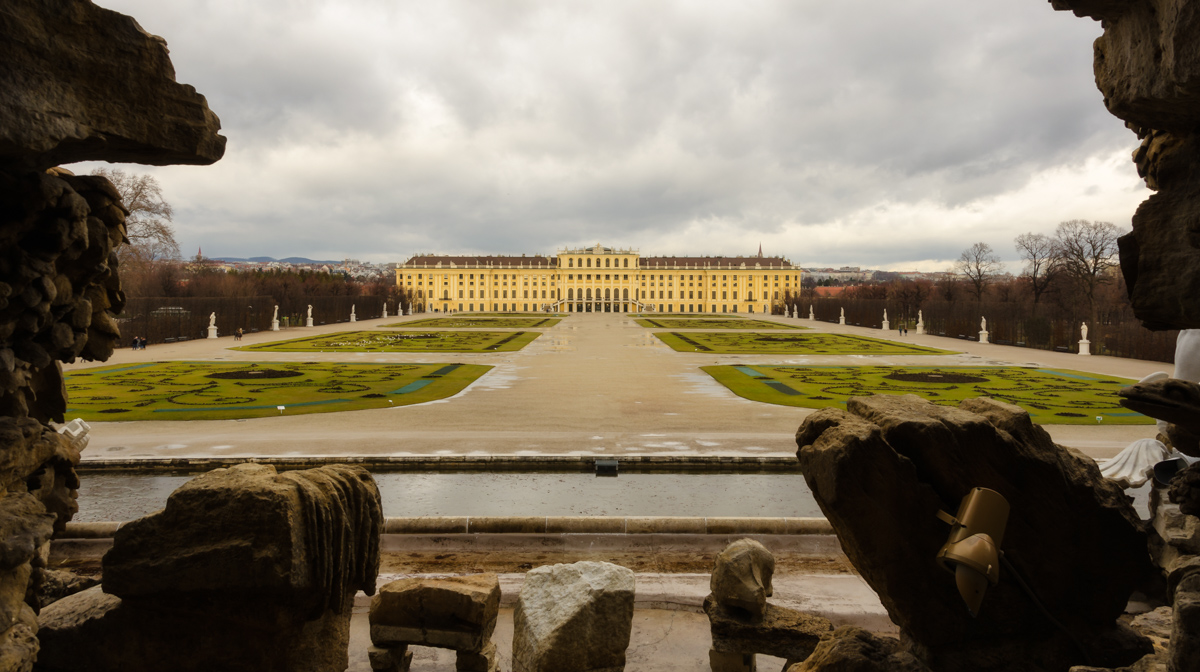 And, finally, from near the Gloriette at the top of the hill. 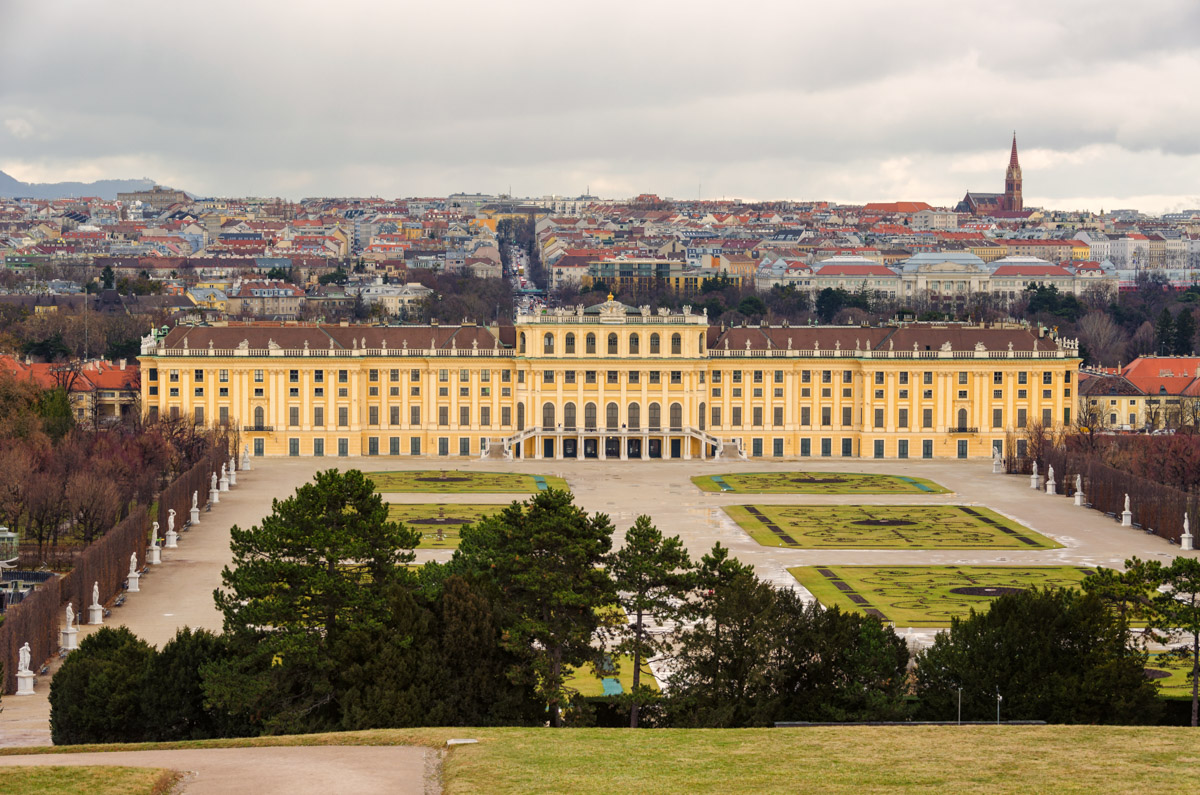 Christmastime and all, there was a market and a tree right in front of the palace. 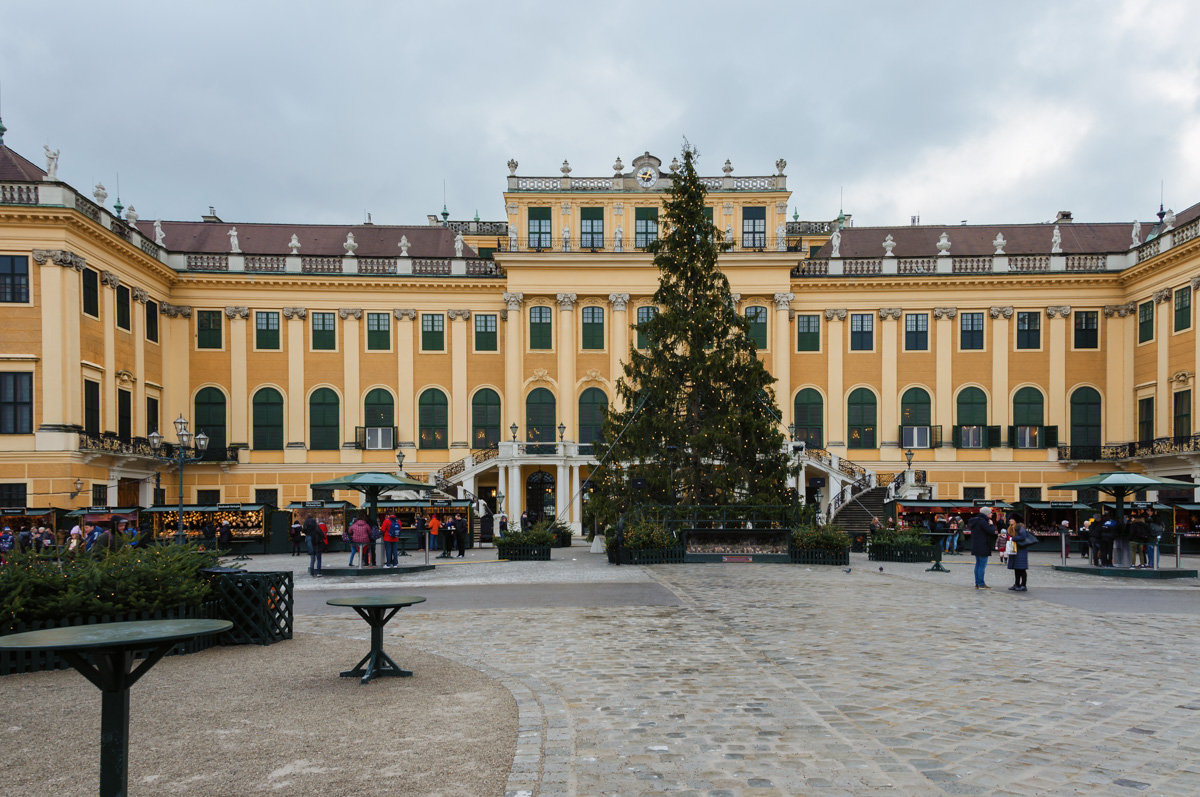 Schönbrunn is reached by just half a dozen of stops on the metro from Vienna city center. Half a day is sufficient for seeing the palace and exploring the gardens, but on a nice summer day lingering is probably a nice way to spend time. Entrance to the park is free but there are several additional points of interest, including a zoo, that may call for additional time and expense.