You probably recall that I went to Madrid in late October for the expressed purpose of seeing a football match. Of course, I could not miss an opportunity to improve my collection of Madrid photos. So, I walked around the city and looked in to a number of major points of interest.

I’ll start not with any of those, but with a few examples of the street art that make Madrid streets so much fun to explore. 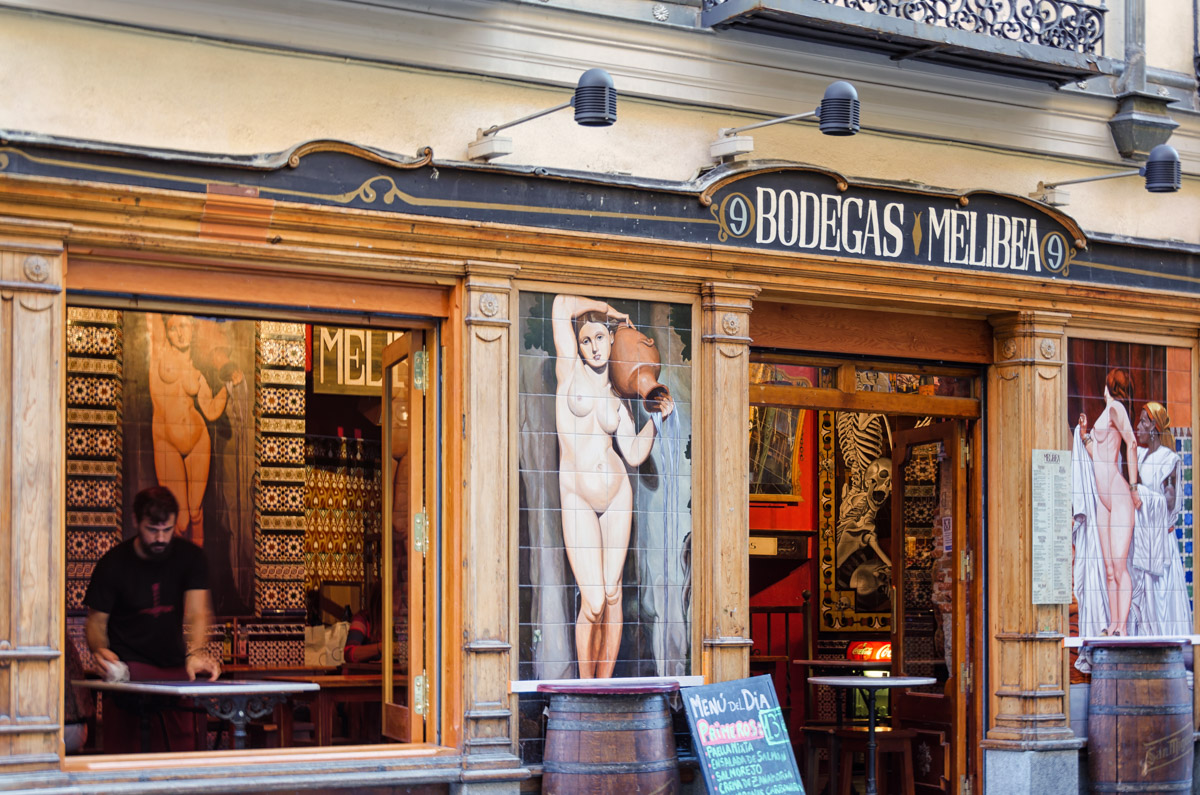 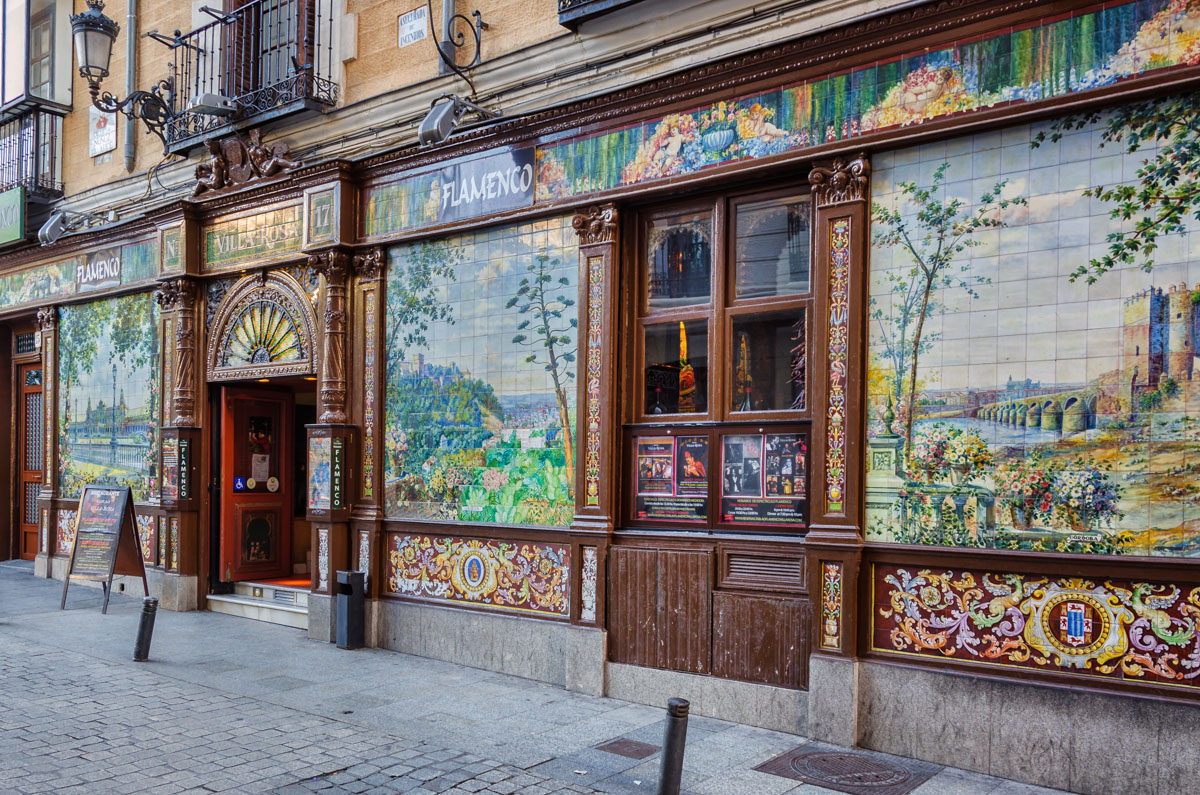 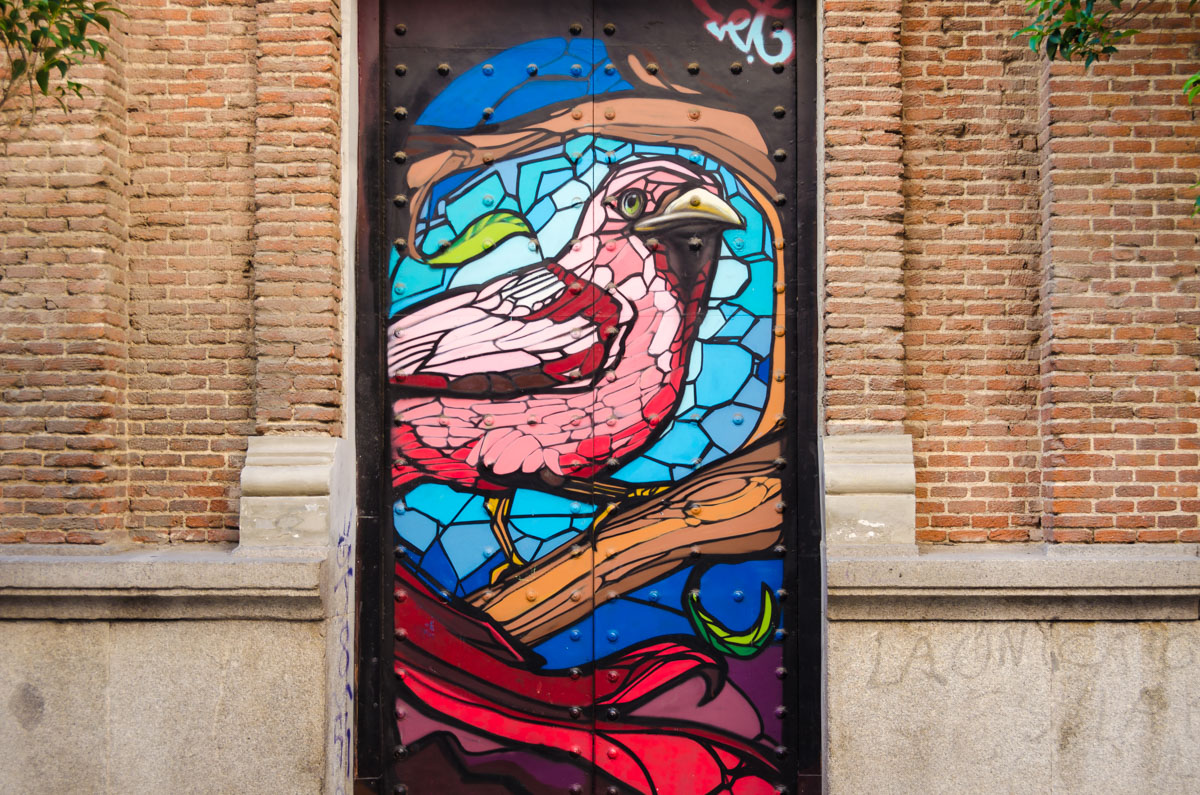 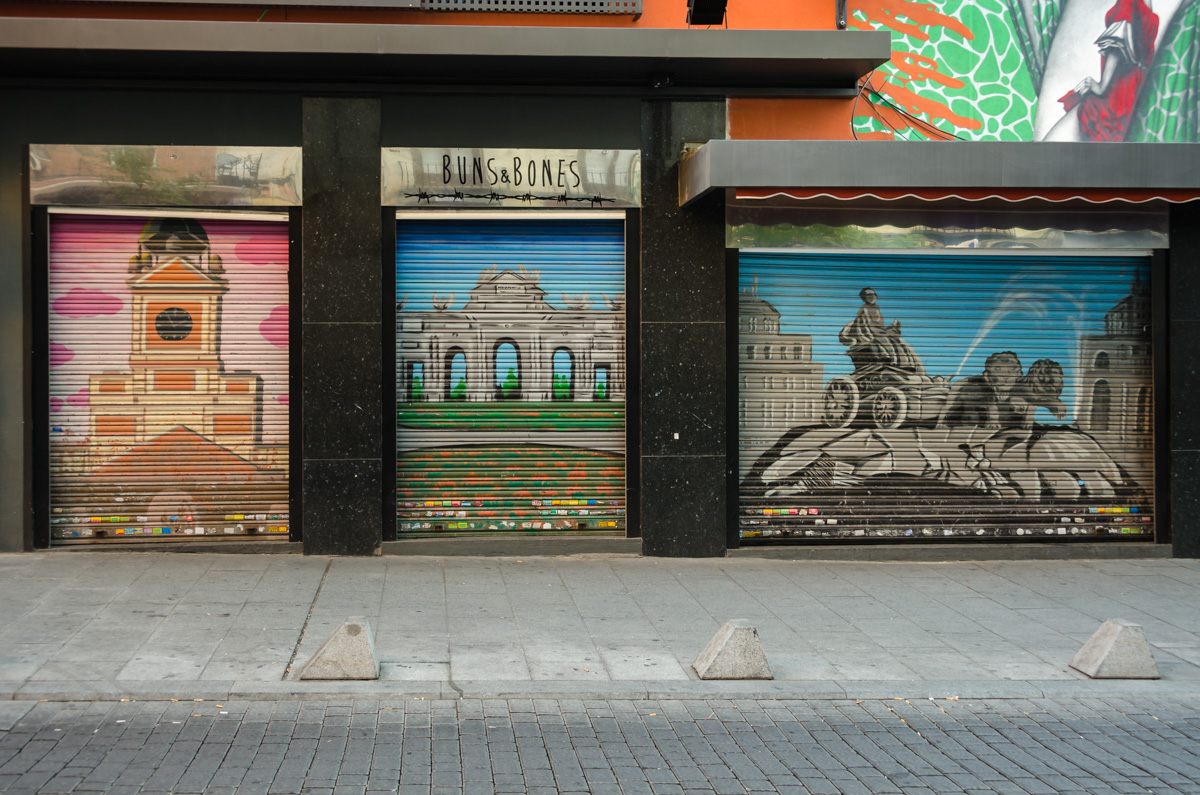 There are plenty of eye-catching architecture, such as this Art Deco movie theater… 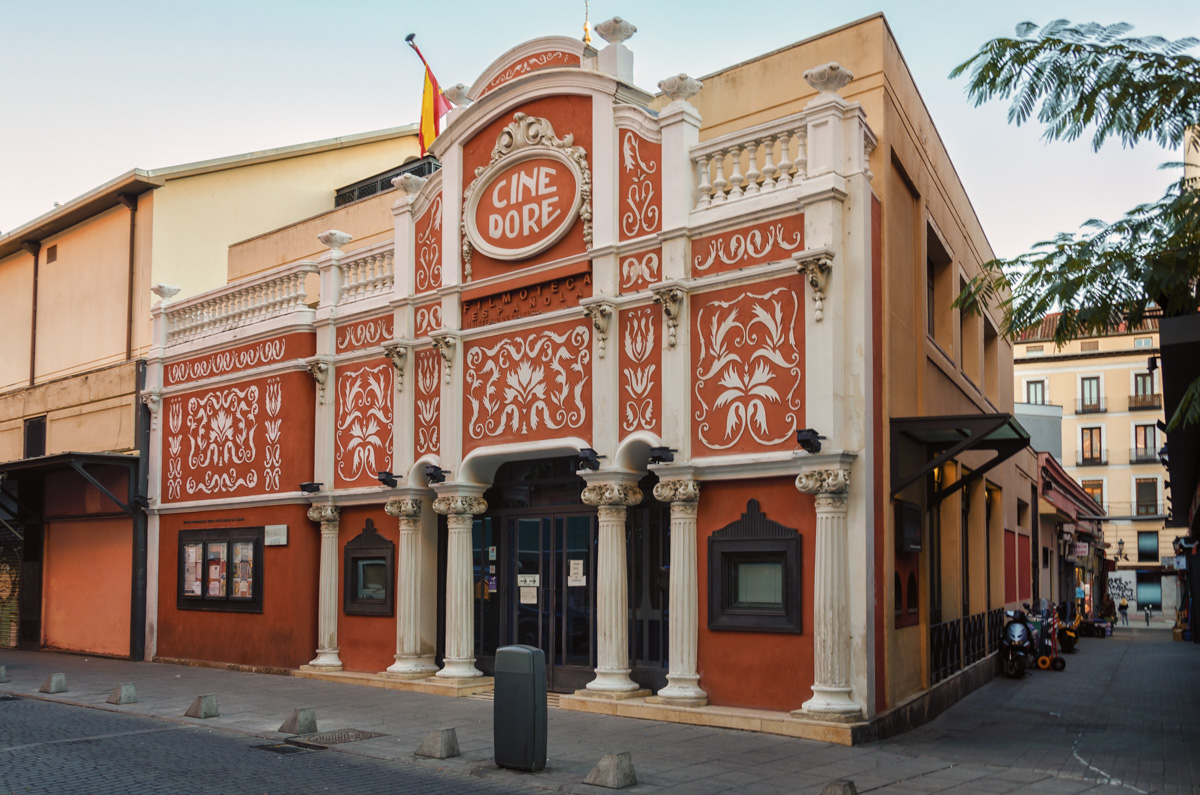 …or simply a cluster of residential buildings with their intricate balconies. 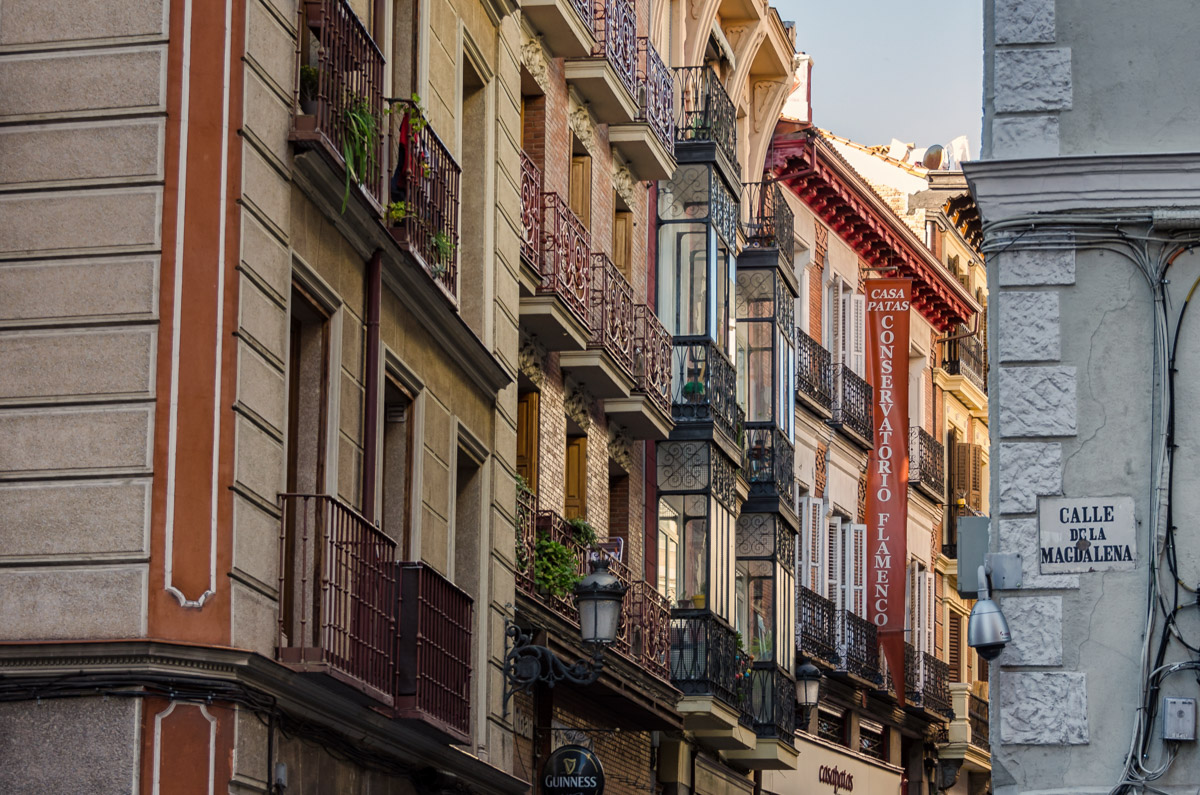 The corners of streets in the city center are marked by the colorful depictions of the places or things that the streets are named after or, failing that, of the streets themselves. 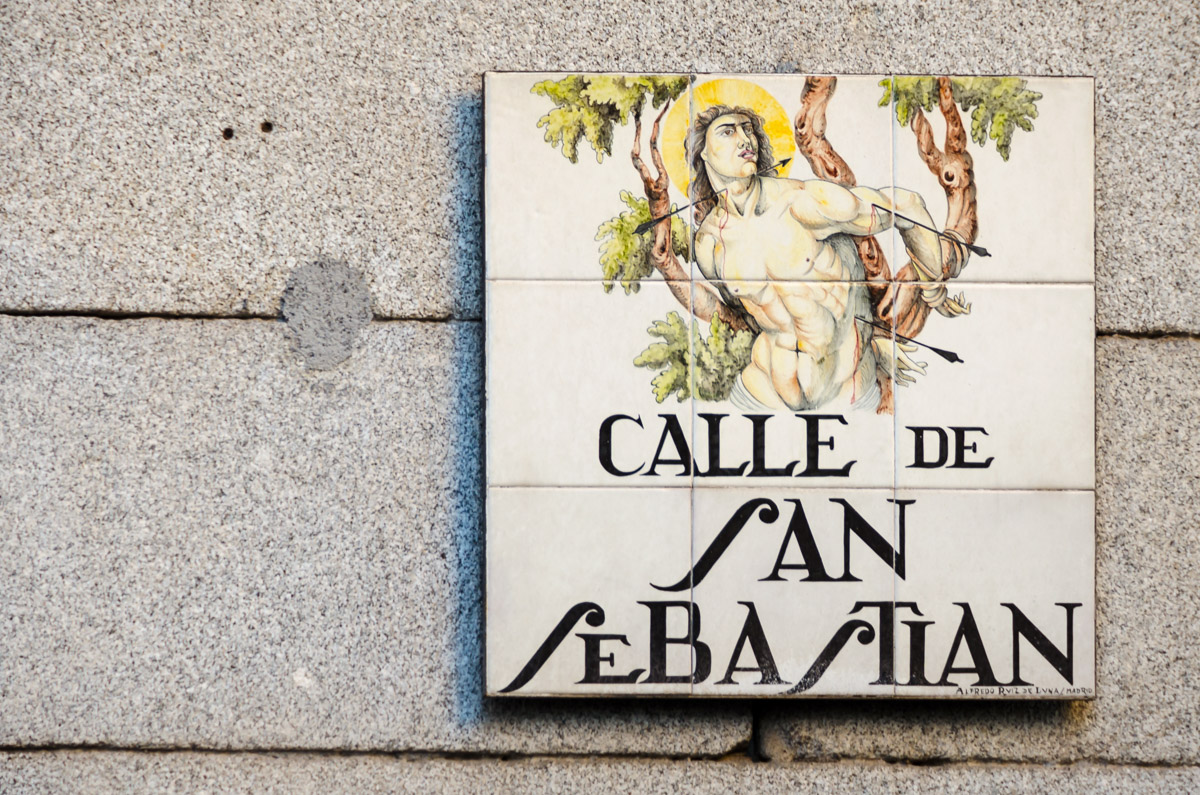 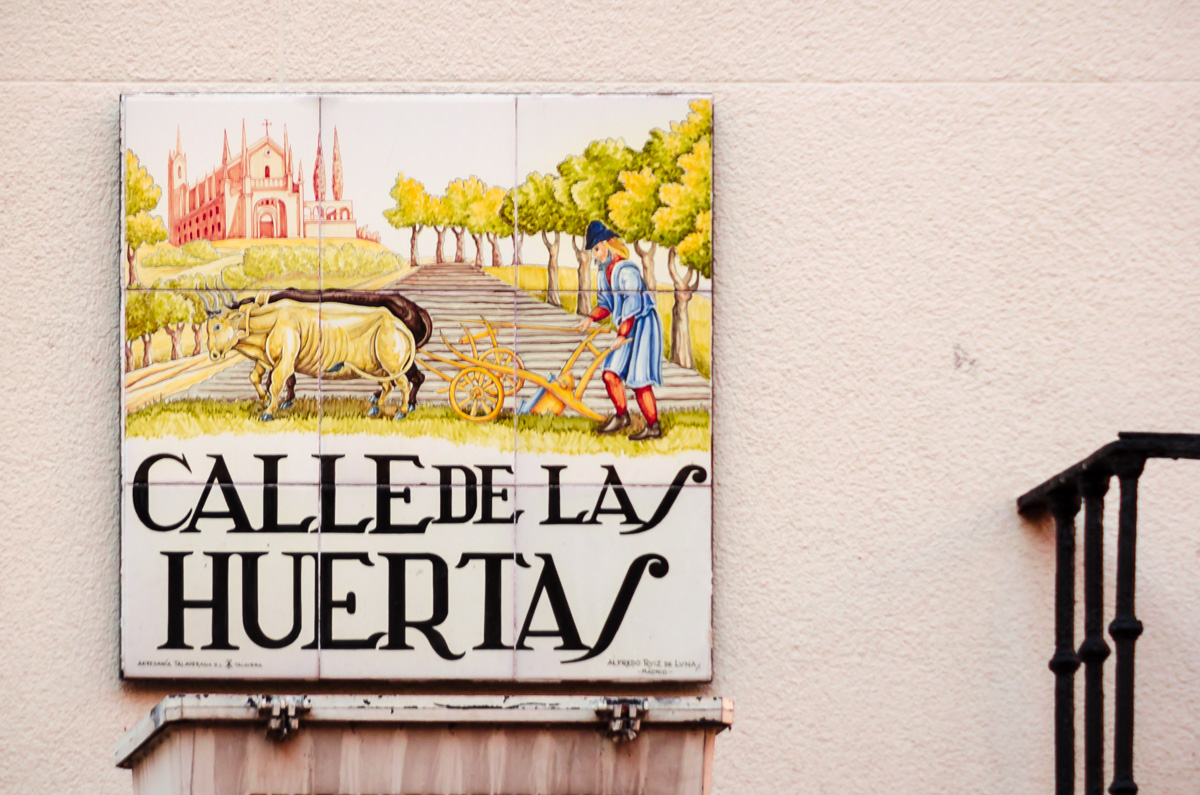 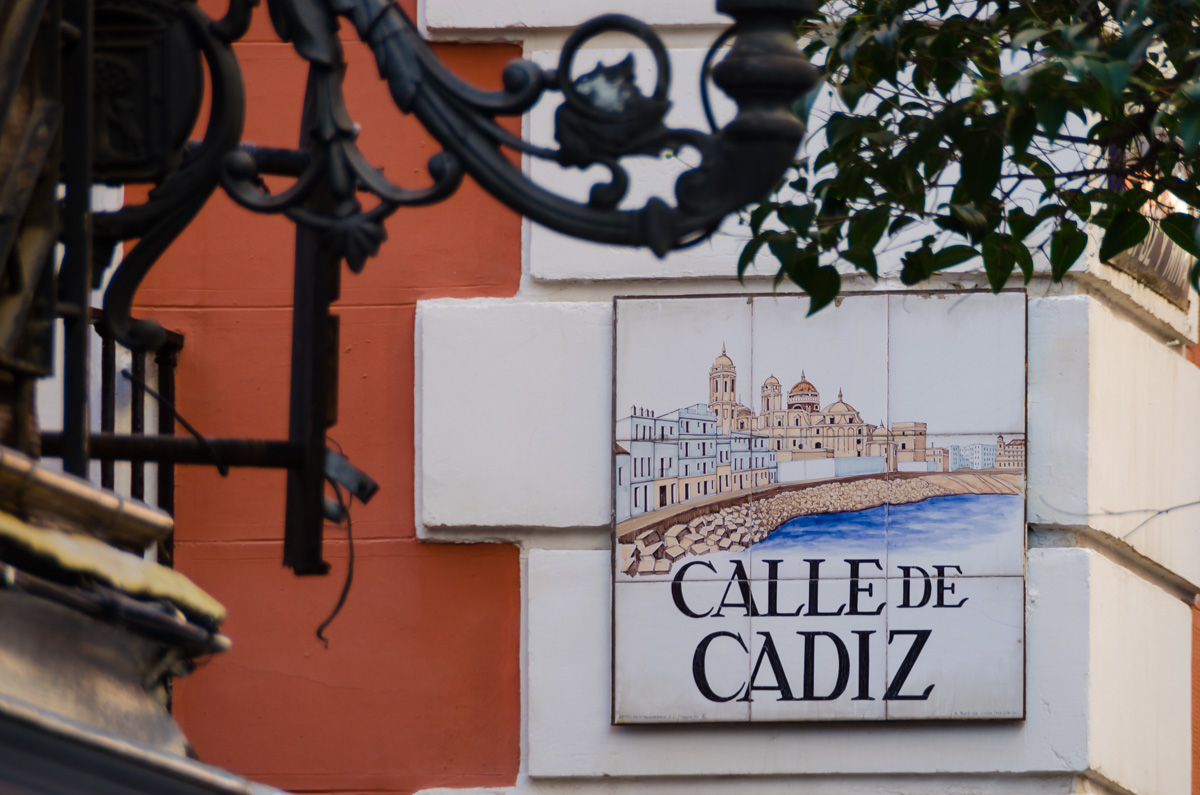 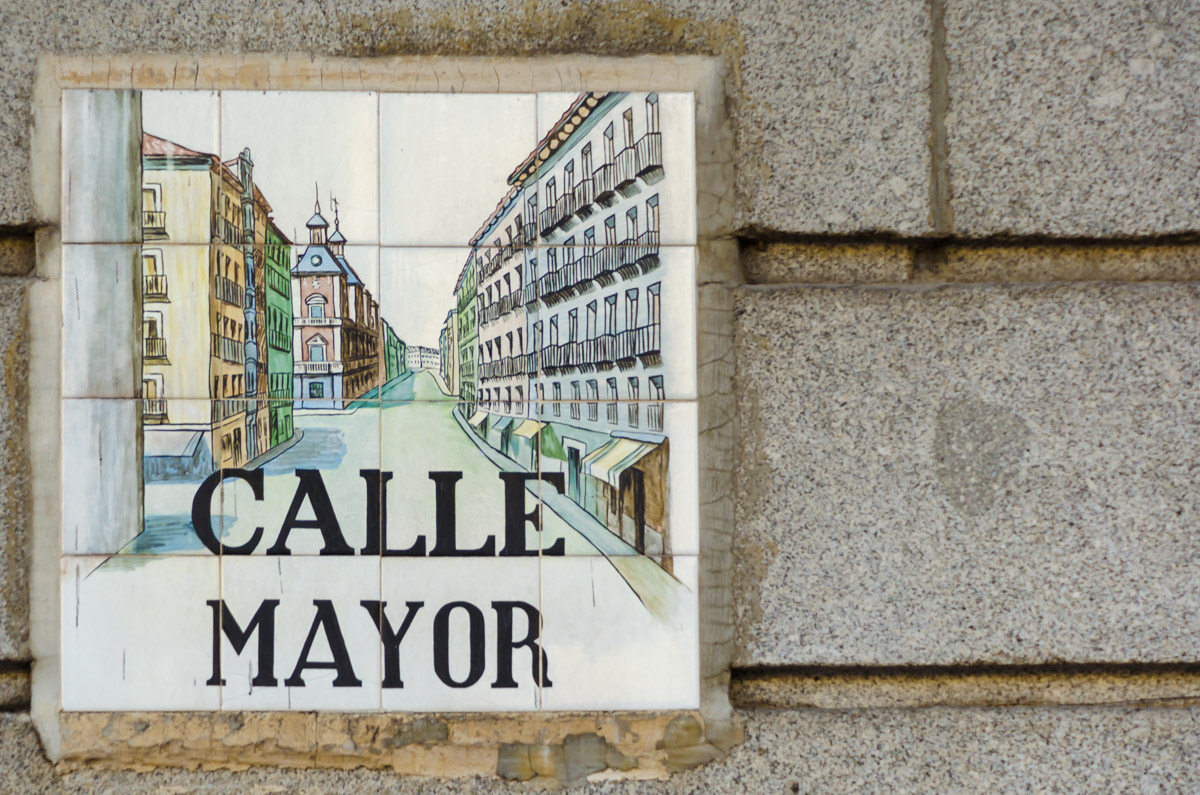 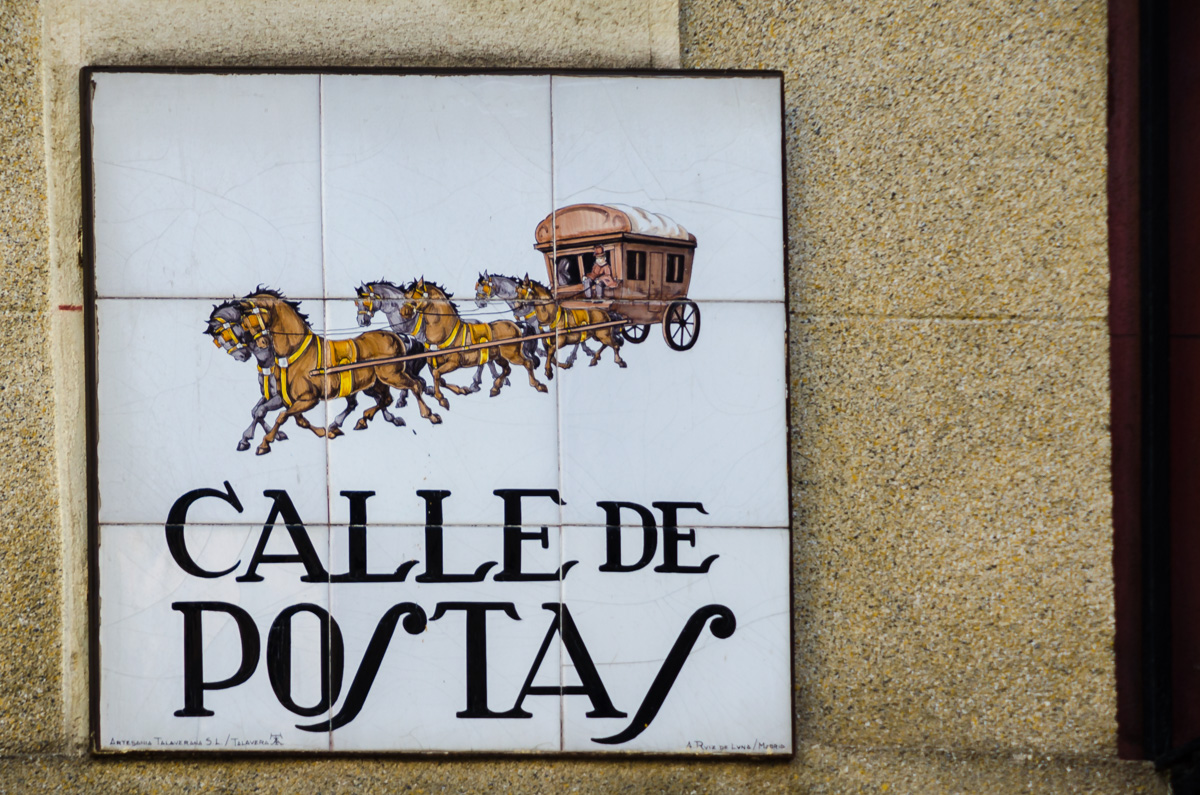 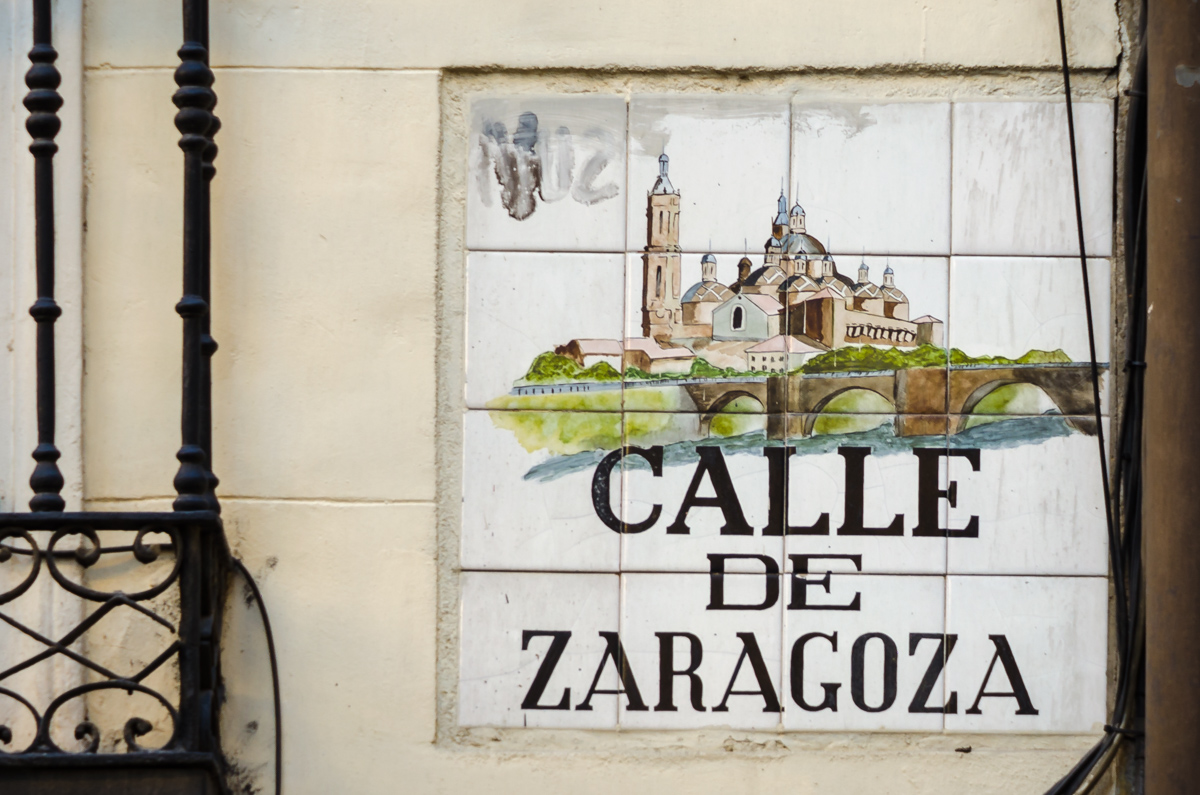 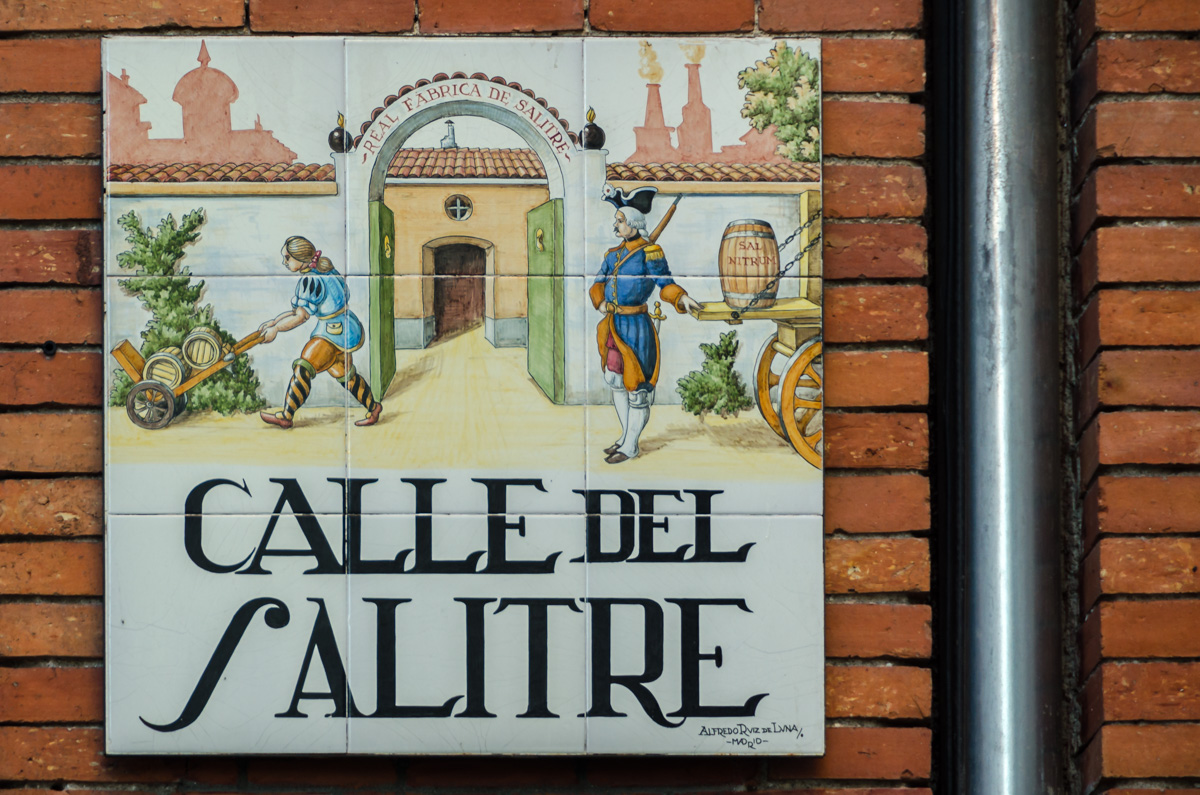 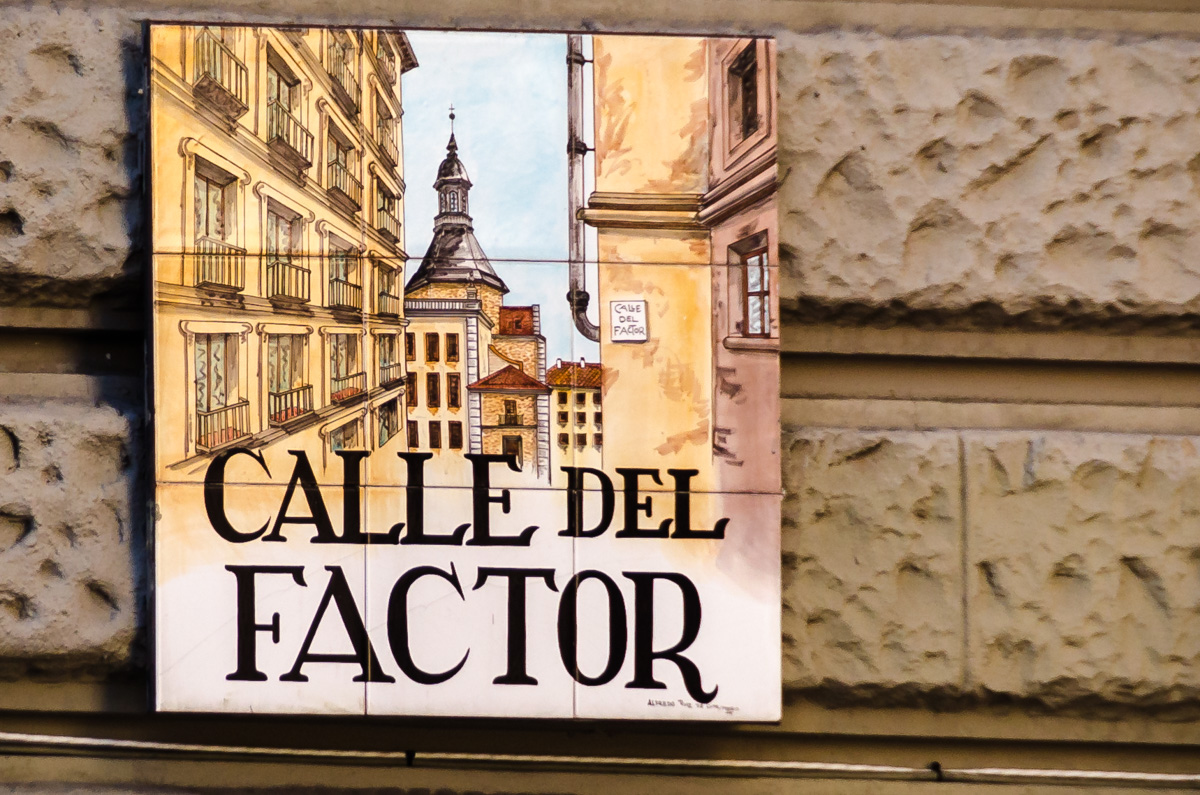 That last sign is rather meta. It has itself in the picture.

Enclosed Plaza Mayor is one of the signature places in Madrid. It is always crowded or, in the early morning hours, too garbage-strewn from the previous day to lend itself to street-level photography. This shot only hints at its architectural grandeur. 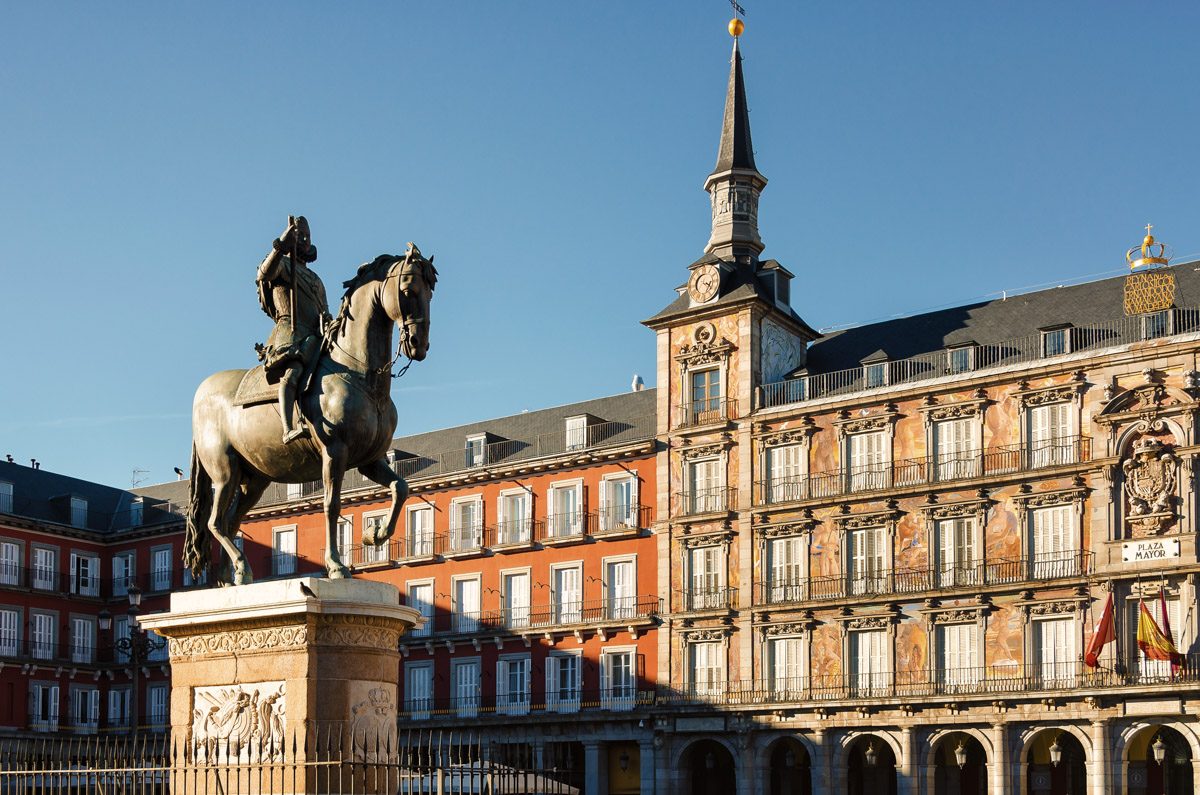 The historical Plaza de la Villa was the city administrative center for over 300 years until just a decade ago. 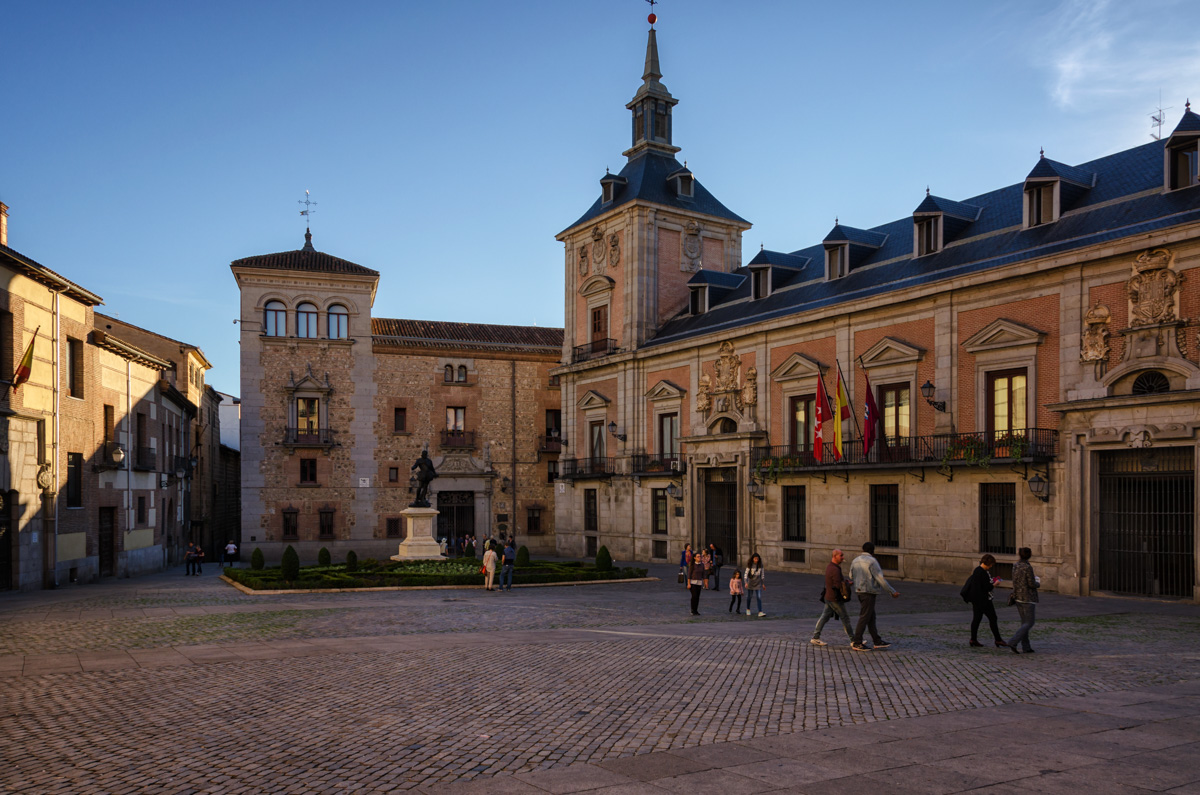 Catedral de Santa María la Real de La Almudena is age-wise a little baby compared to other European cathedrals. Its construction started in the late 19th century and was completed only in 1993. 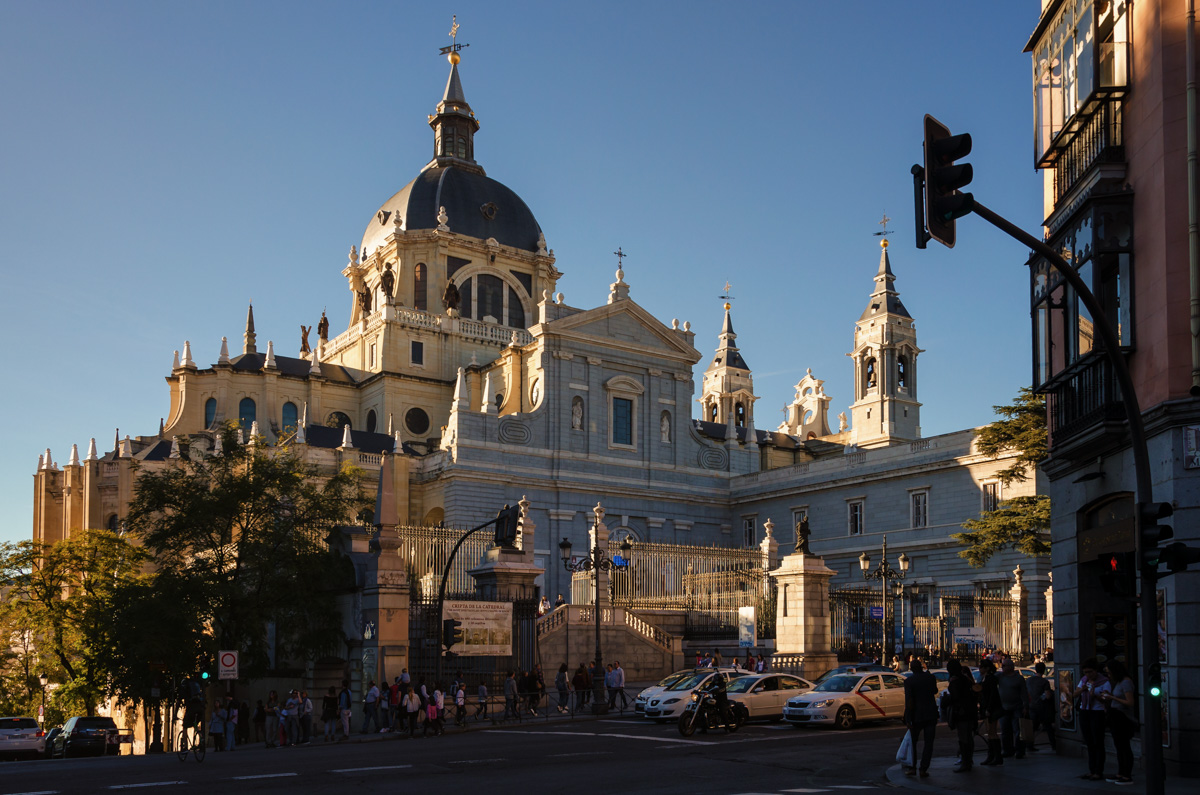 Its modern-day construction means that it is brighter and in many aspects more vividly decorated than the majority of its brethren. 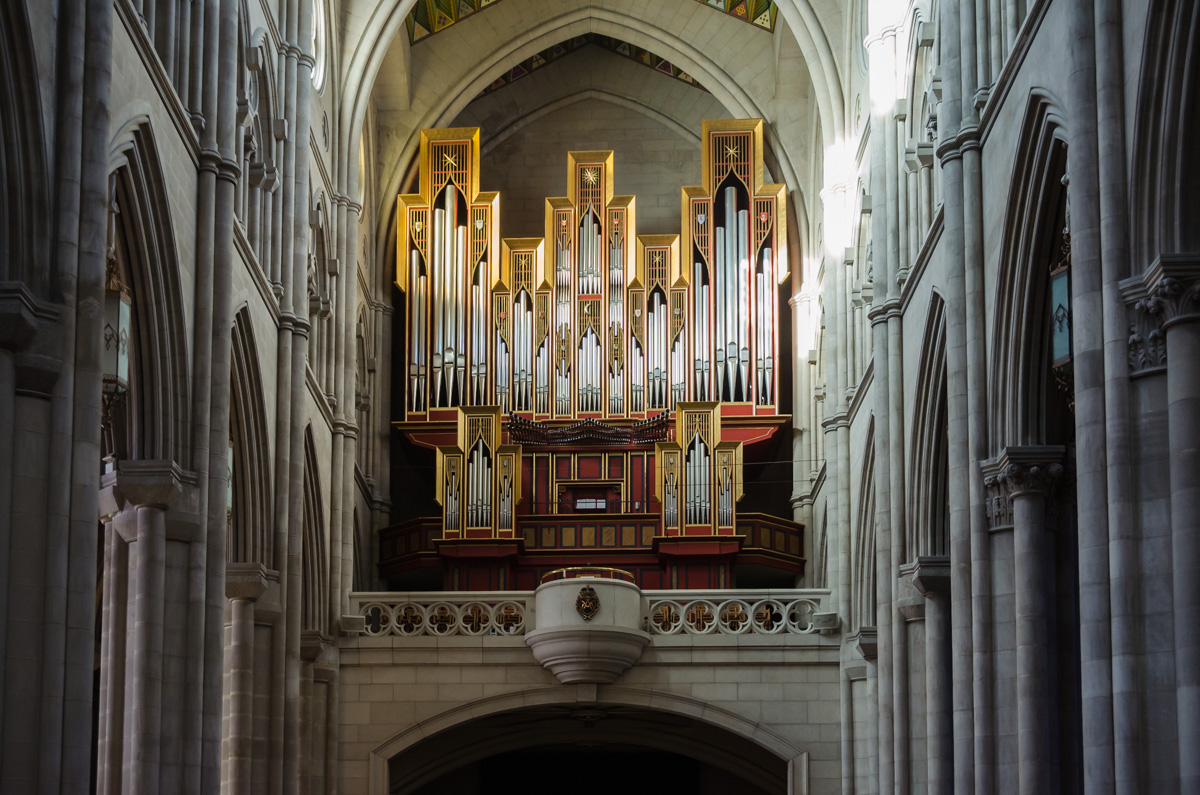 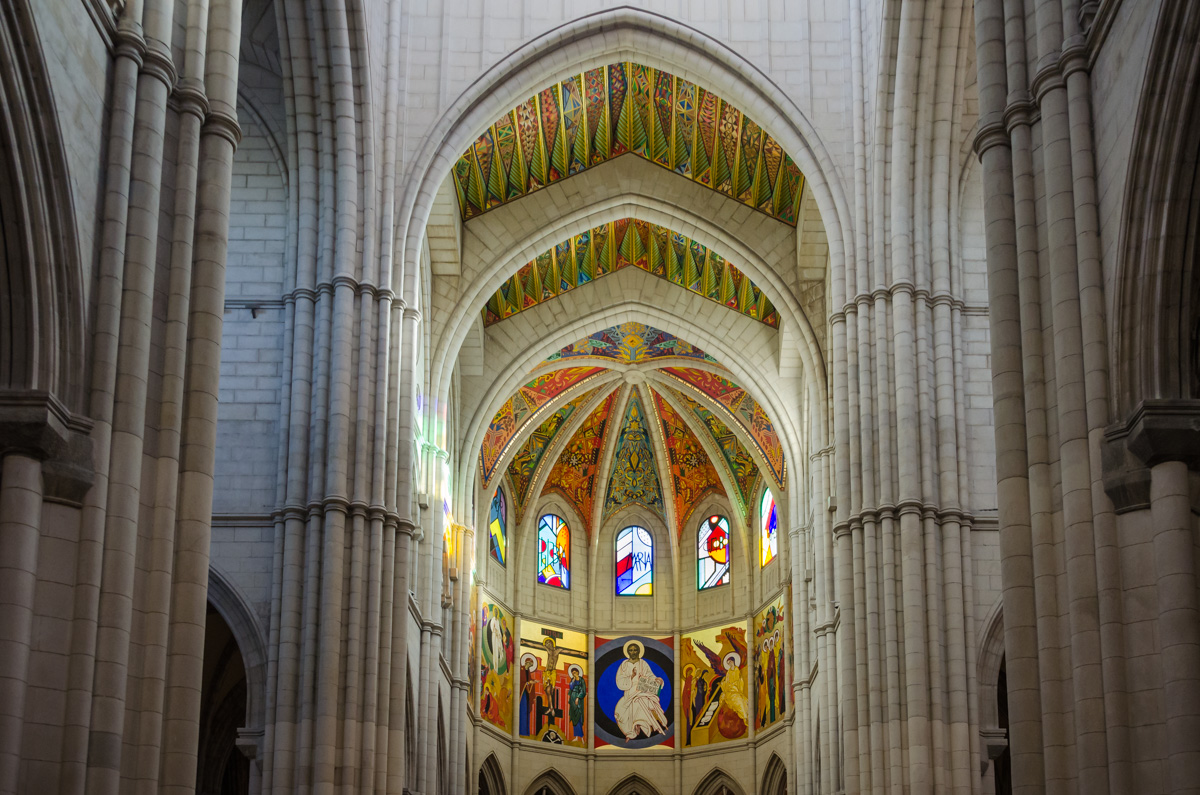 The Royal Palace is a massive presence on the western edge of the city center. 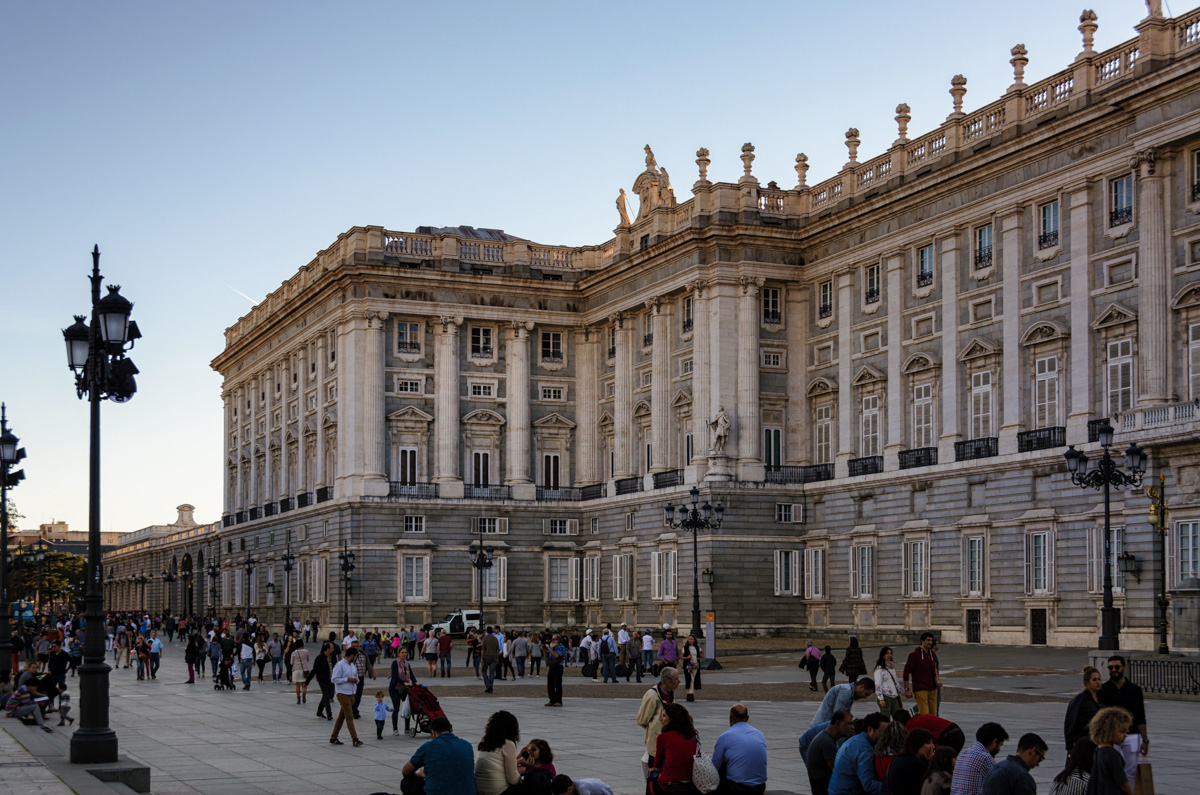 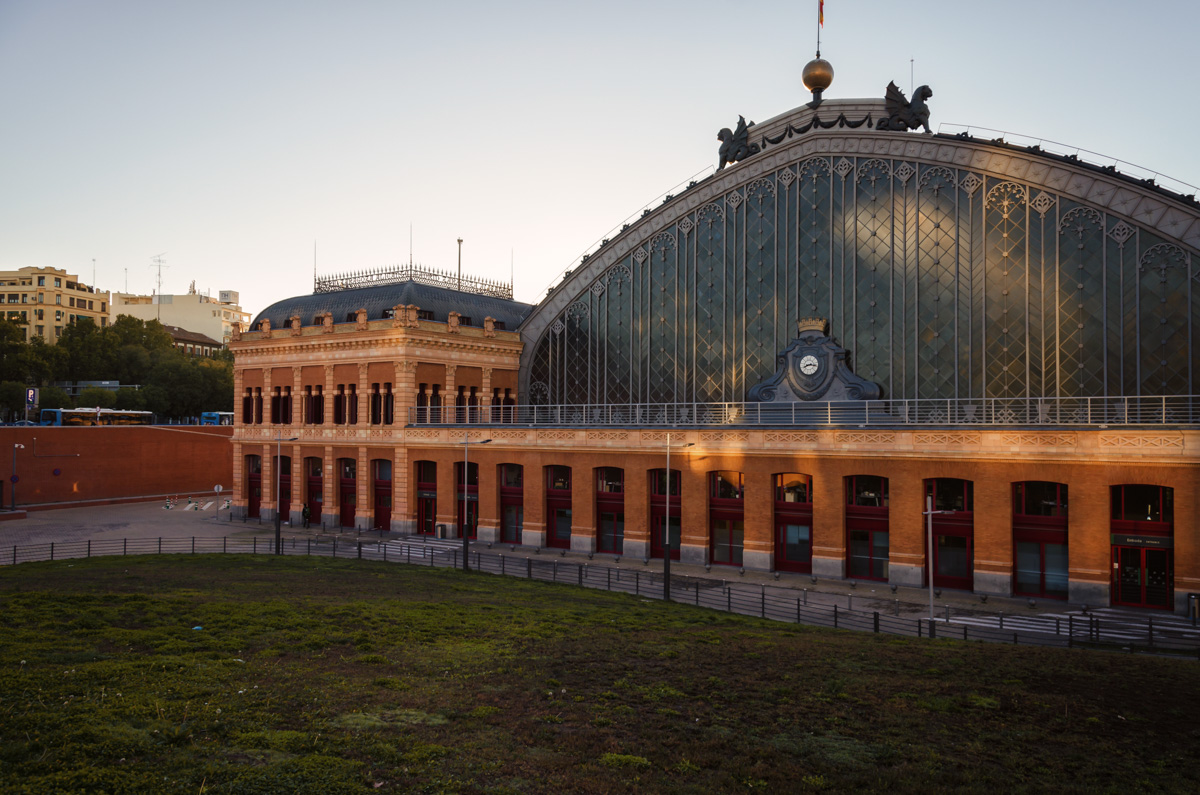 As in many major European cities, the main train station is an architectural highlight in itself, both on the exterior and the interior. 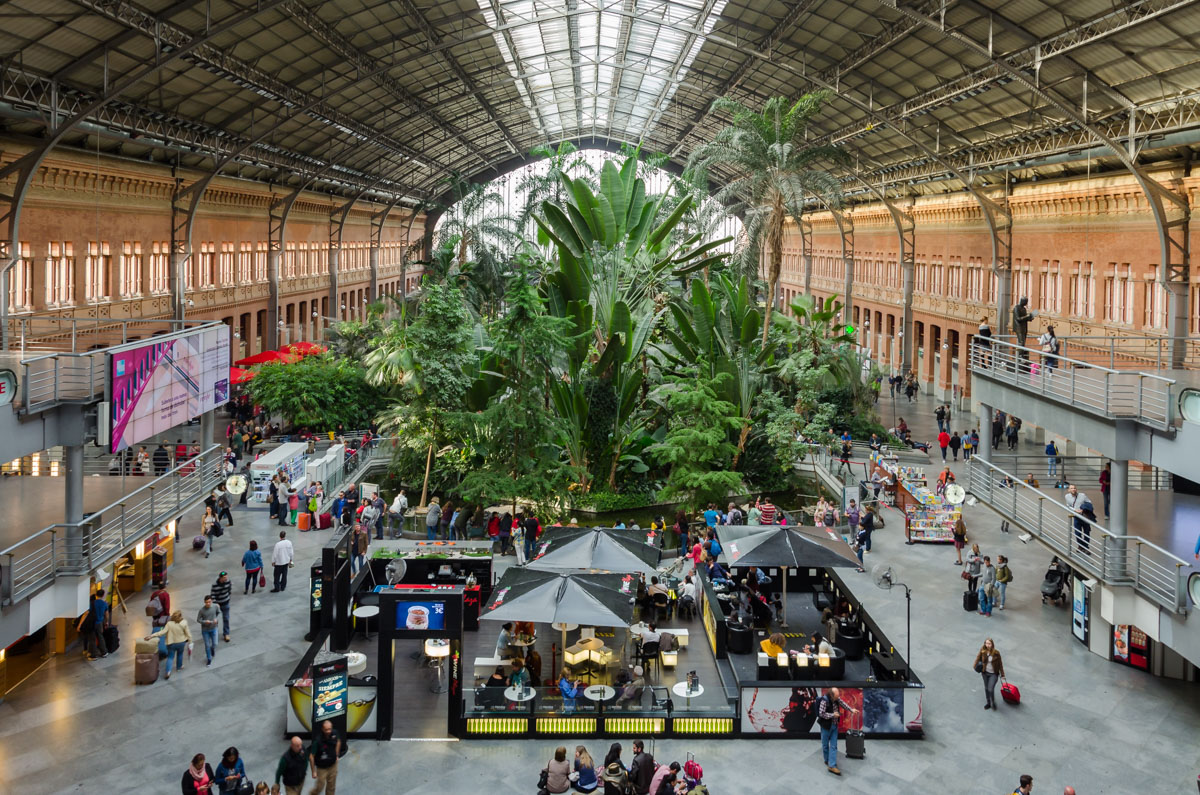 An illustration of the monumental nature of the Bourbon Madrid, this humble building is but a Ministry of Agriculture. 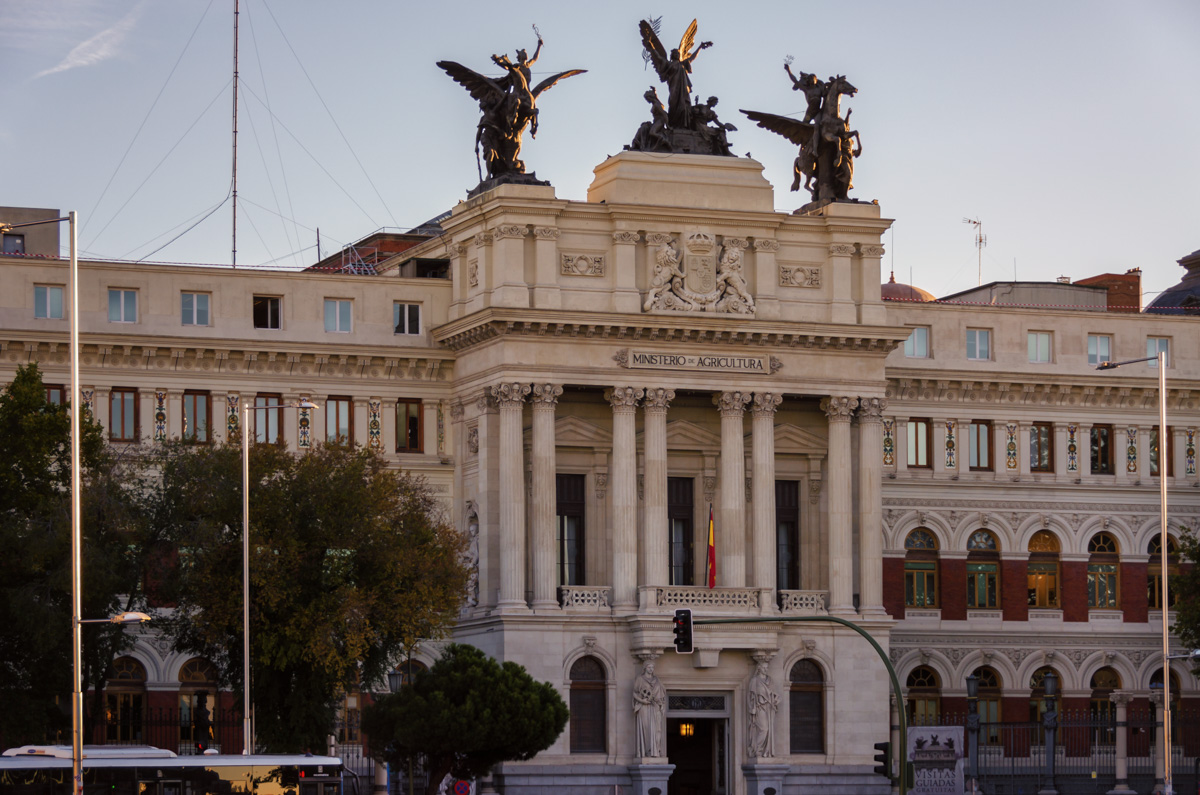 The most famous example of the Bourbon-era architecture is Palacio de Cibeles, which headlined my limited portfolio when I posted my favorite Madrid sights entry several years ago. Here are some fragments of its interior. 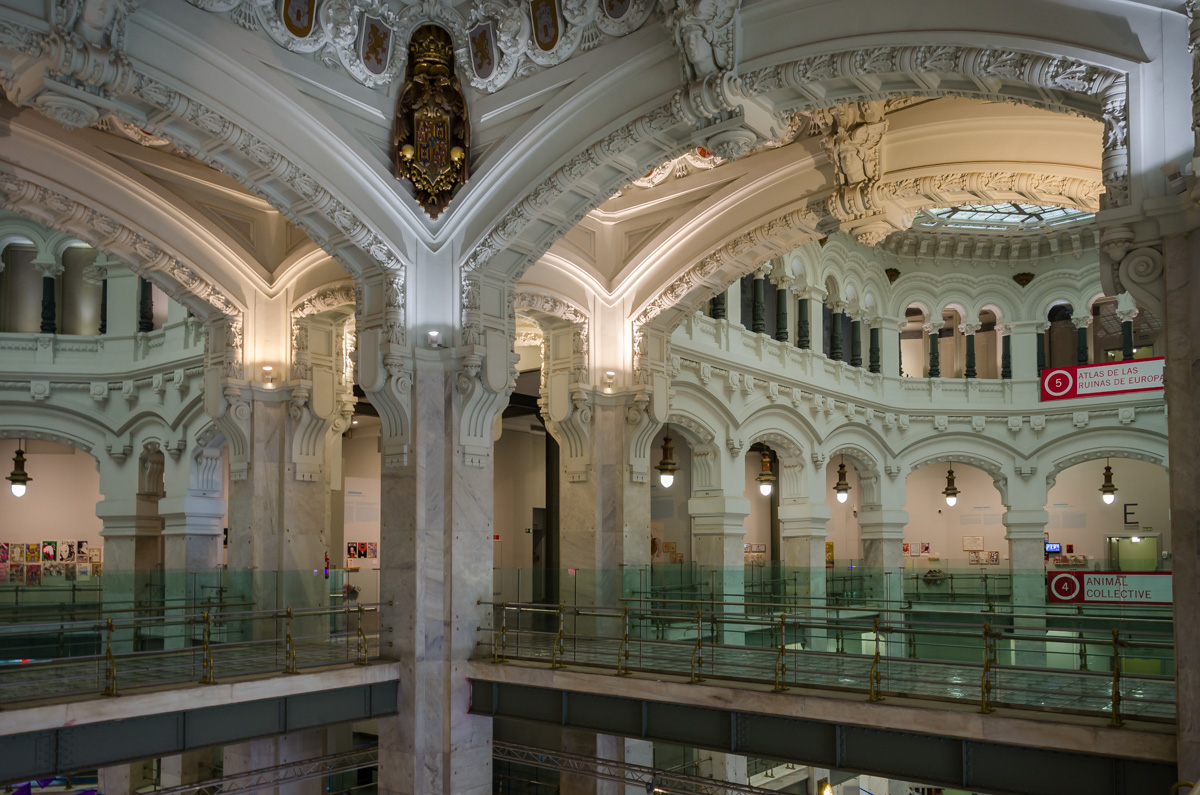 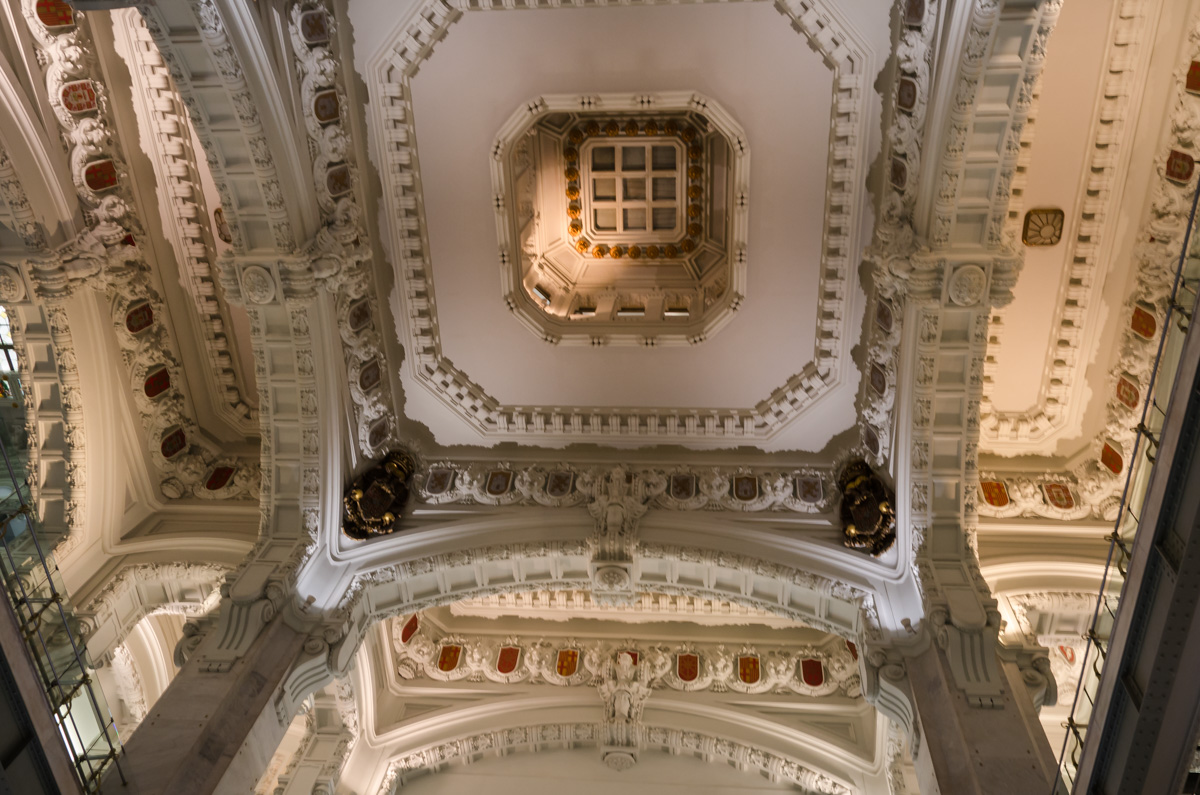 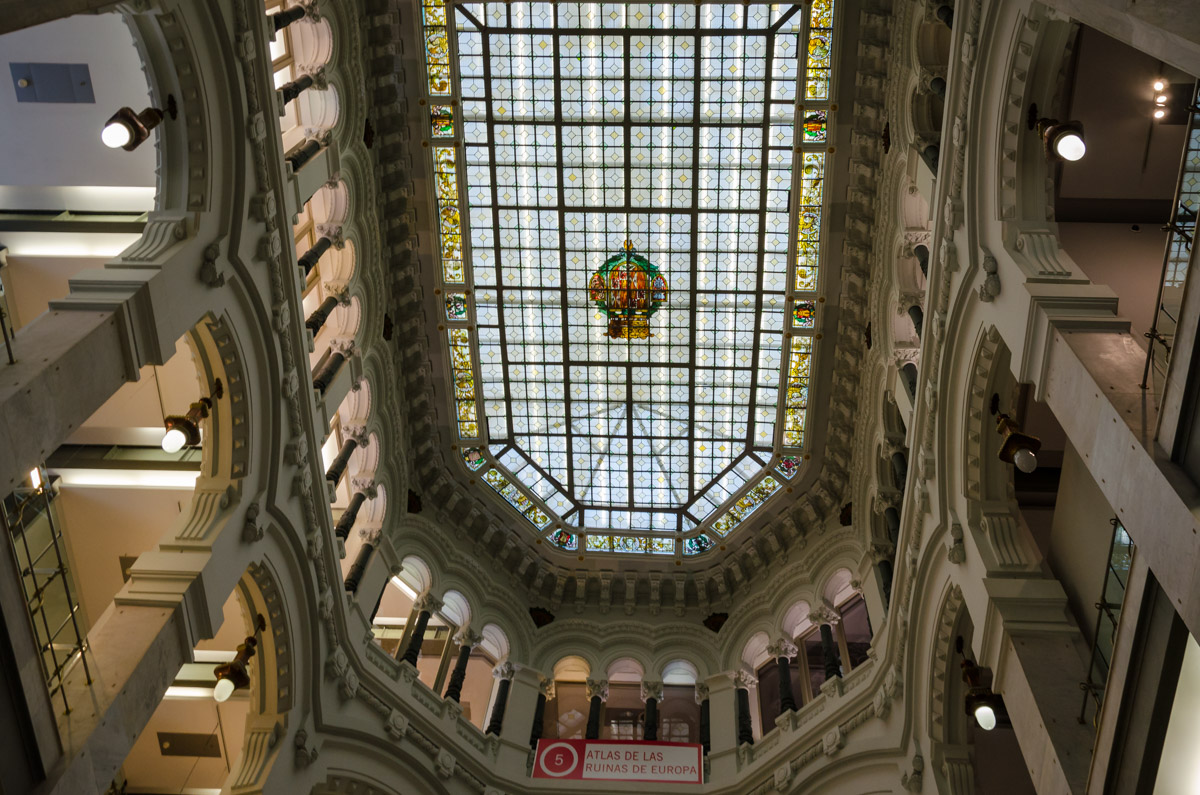 I climbed to the lookout at the top Palacio de Cibeles again (ok, not climbed – there is an elevator that takes you to near the top). Among the best shots that I managed from there was this lucky glimpse of Plaza de Cibeles devoid of passing cars. 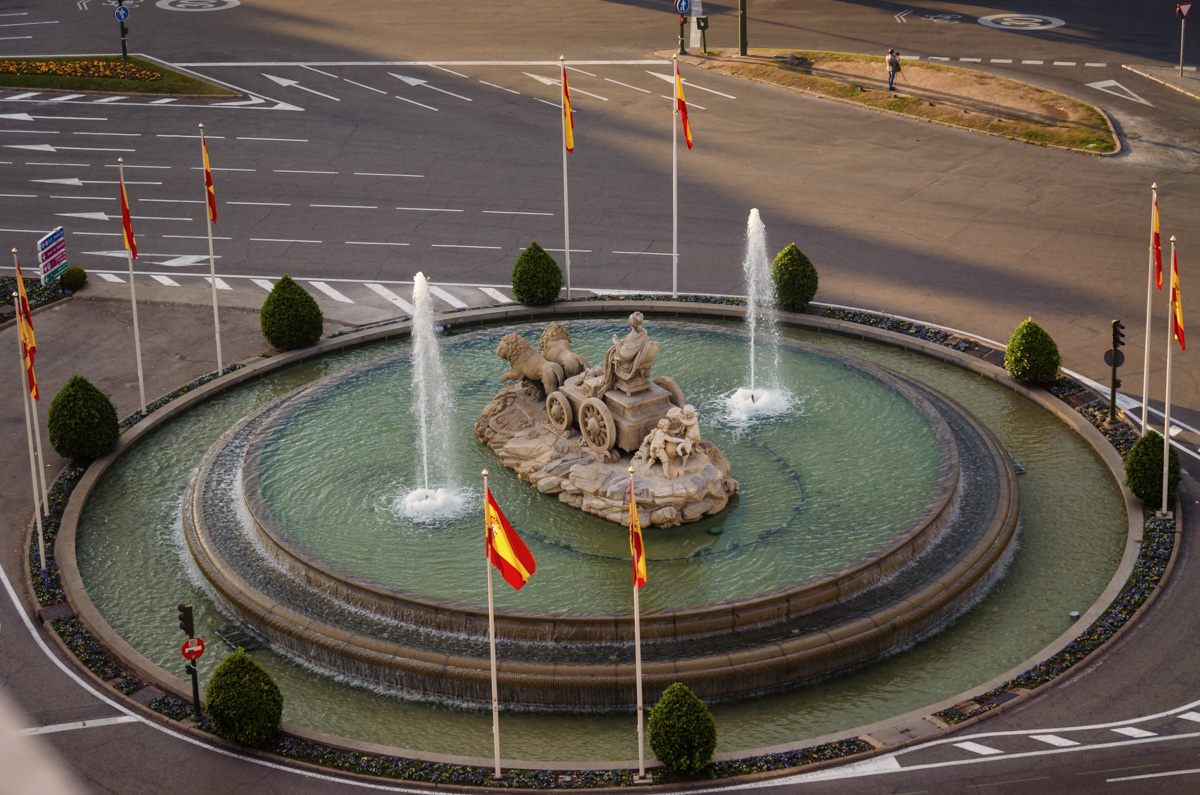 A view towards Torres de Colón, the brown office towers with greenish top. It is among the most well-known examples of Madrid’s more modern architecture, dating from 1970s. 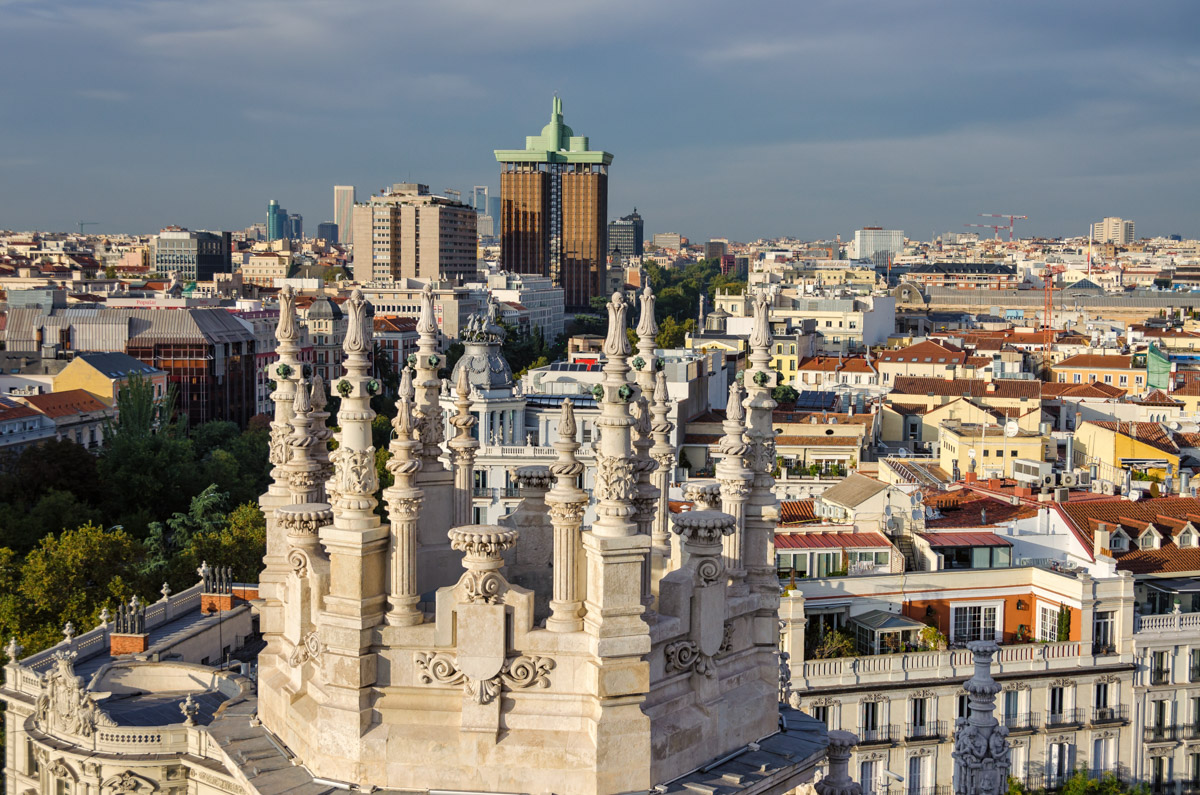 And a view towards the intersection of Gran Via and Calle de Alcalá, where Edificio Metrópolis, a Beaux-Arts beauty from the beginning of the 20th century, stands as another of Madrid’s emblematic sights. 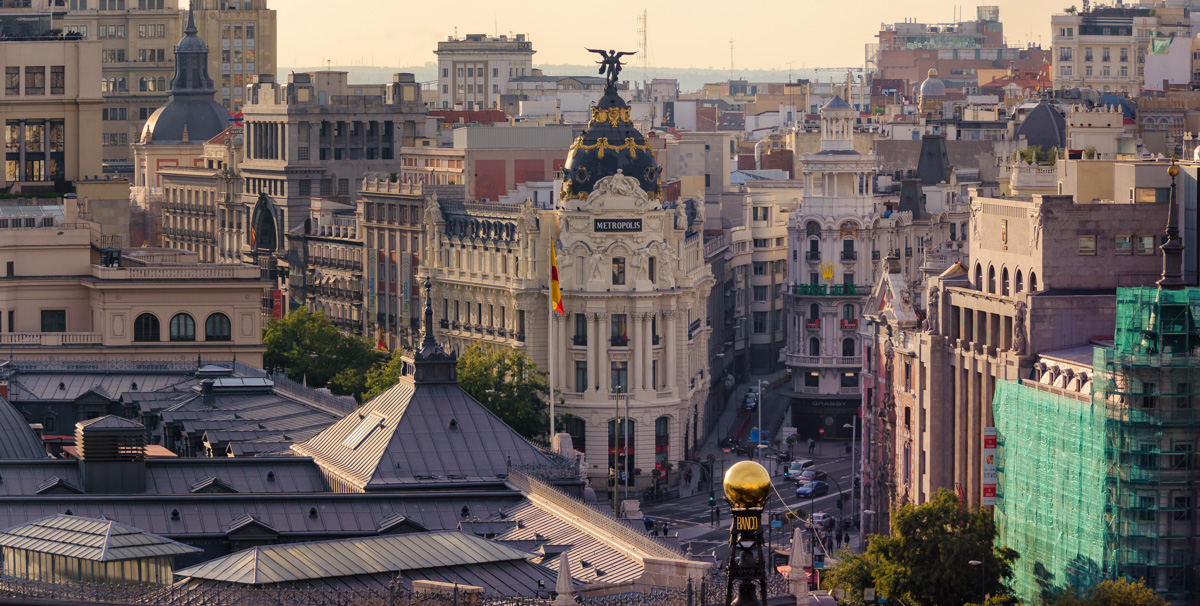 Madrid is one of the most visually impressive cities in all of Europe. I feel I am still ways from doing it justice photographically speaking.

These and other pictures from Madrid can be found in my Flickr gallery.