For a good half of the last year, it looked as if it would be hopelessly behind its predecessor in terms of travel accomplished for its duration. My first trip of any kind took place only in late July. But a flurry of travel activity from October to December meant that I actually used every single day of my yearly time-off allowance on long-distance travel.

I set foot in 4 foreign countries (Spain – on two separate occasions, Andorra, France, Austria), albeit for less than a full day’s duration in two of those. The visit to Andorra was a first for me. Another first was the trip to California Wine Country. I also changed planes in 3 other countries, but that would be a stretch to count as visits.

Going in large part to places that I have been to before meant that I significantly improved my photographic archives of a whole handful of my favorite cities.

Assorted members of my immediate family traveled to 4 other foreign countries and one of them undertook an excellent trip around New England, pushing our overall totals for the year to more than respectable levels.

I added 8 sites to my roster of visited World Heritage properties, in line with my forecast at the beginning of the year. It took my count to over a hundred – a vanity goal that gives me great satisfaction of achieving.

Next year plans are a bit fuzzy. There is a definite return to Spain in the summer but very little beyond that. Having a high school junior/senior in the house points to a number of university scouting trips in the spring and early fall (in fact, the first such trip already happened in early December); she also plays for an advanced-level volleyball team, so there will be tournaments to attend in places like DC and Pennsylvania. We shall see if we can fit other explorations around or between those engagements.

If no grand tours materialize, World Heritage count may end up stuck at 101 or grow by just a couple of properties within non-trivial distance from our habitual Catalan base. I am sure I will consider making the effort to see them.

Here are a dozen of my favorite pictures from last year.

First, a wonderful collaborative effort between my lovely wife and me. She took the picture, I developed it: the view of San Giorgio from the upper level of Palazzo Ducale in Venice. 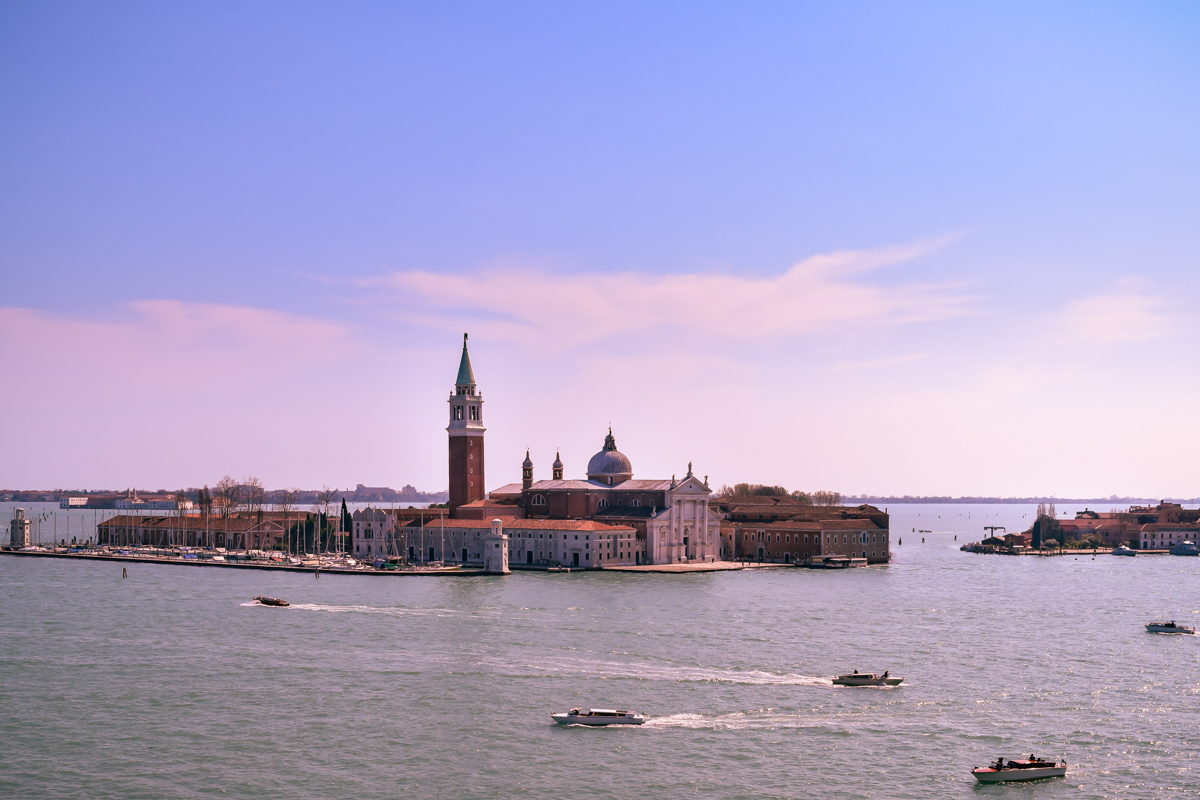 The arches of tiny Monells. 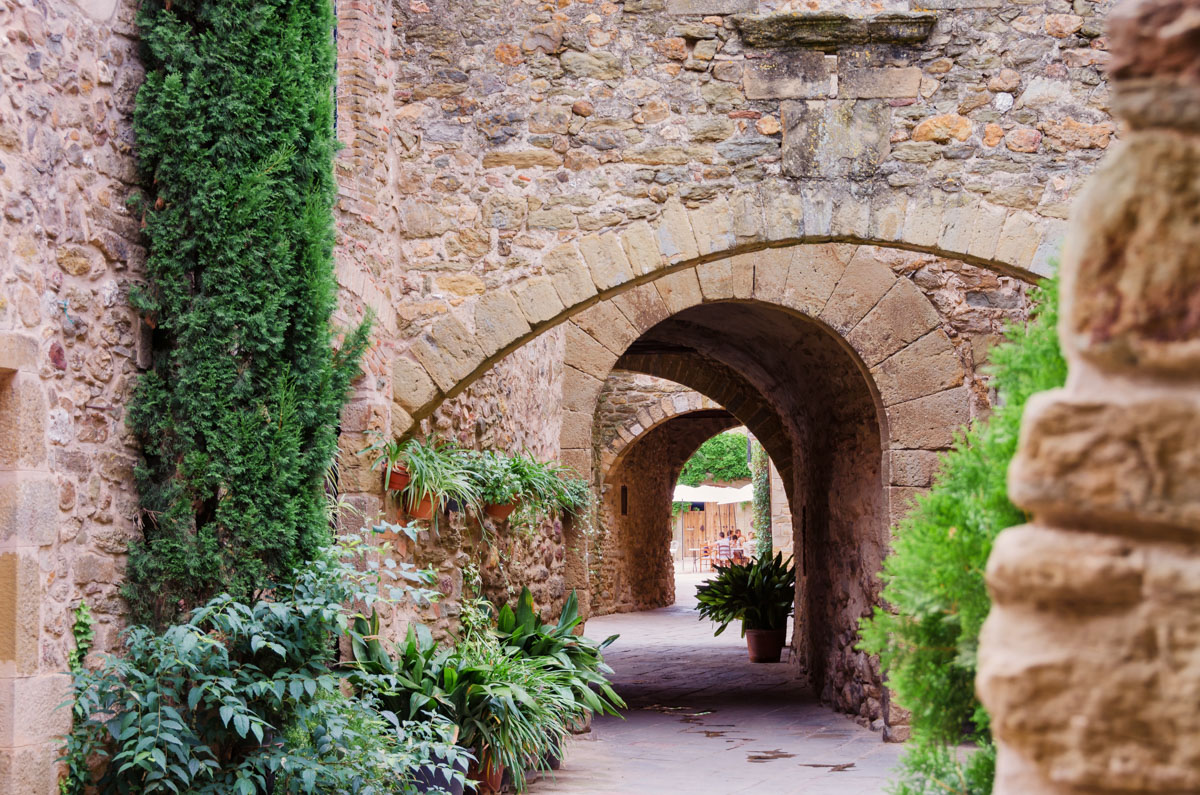 The streets of Tarragona. 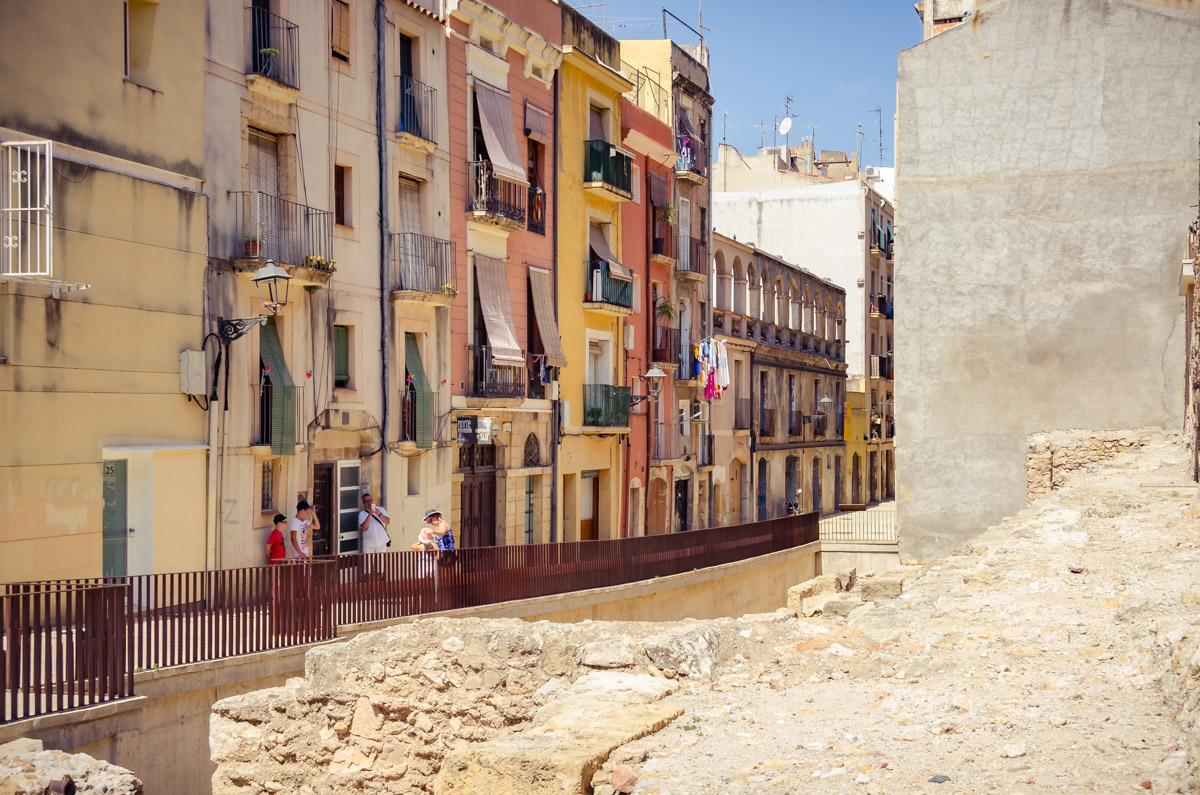 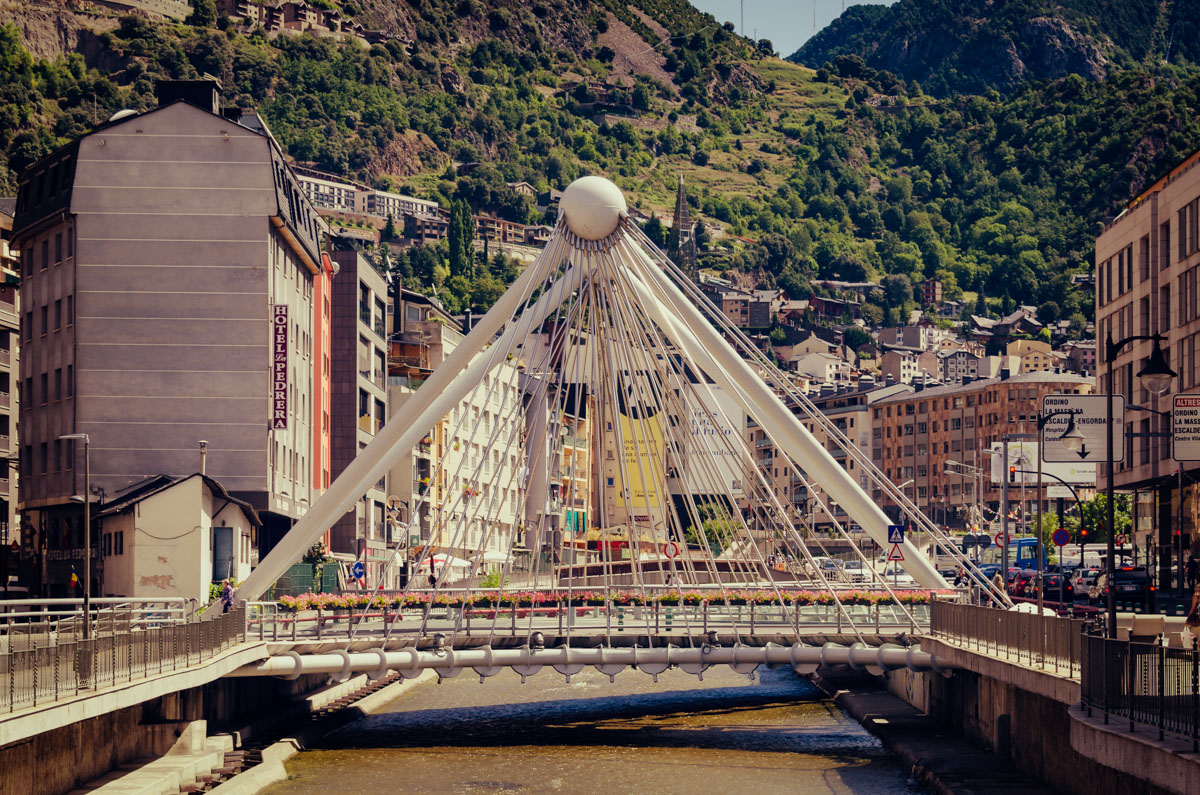 The approach to magnificent Besalú. 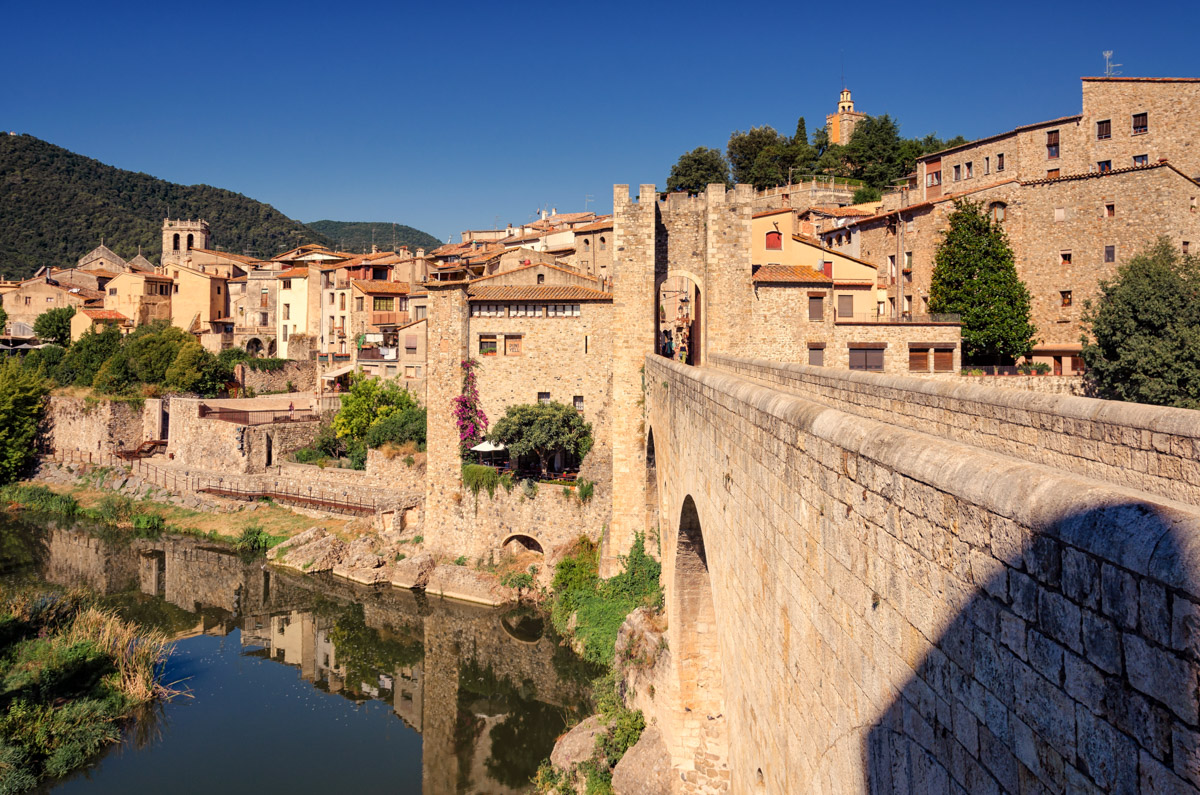 The roofs of medieval Carcassonne. 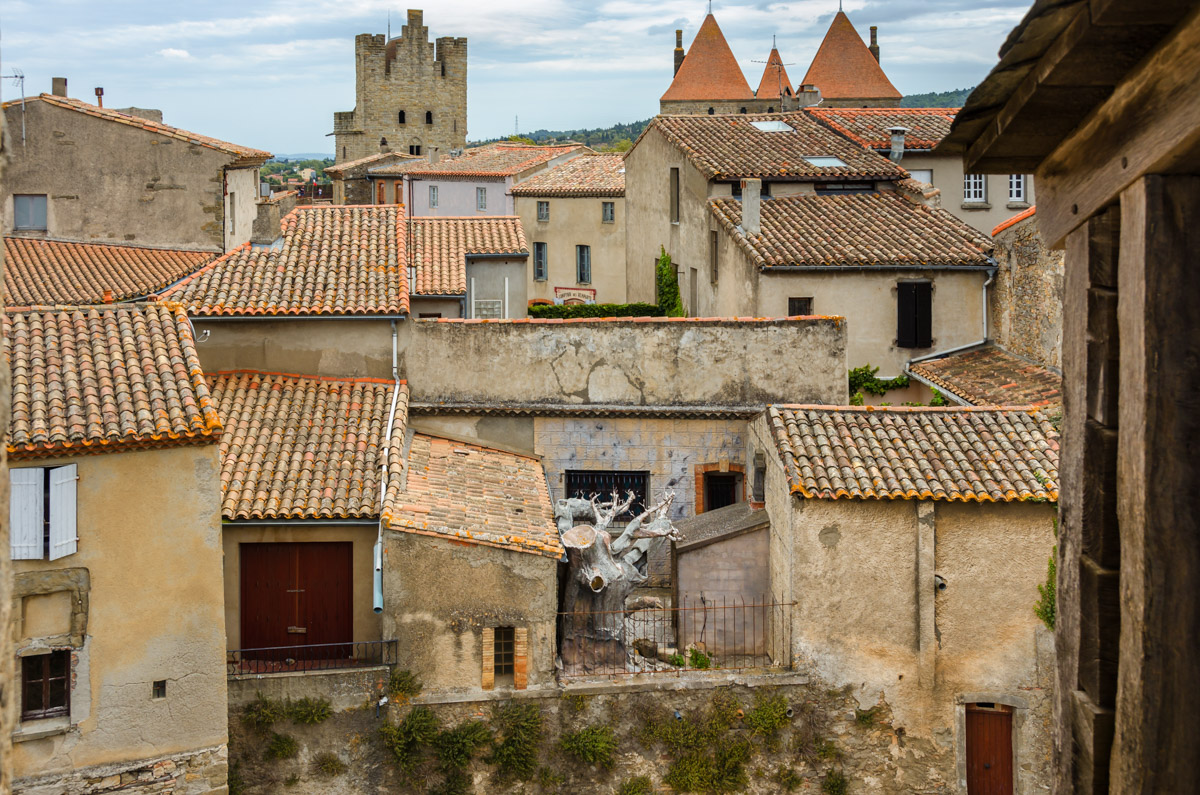 The colorful palette of Girona houses. 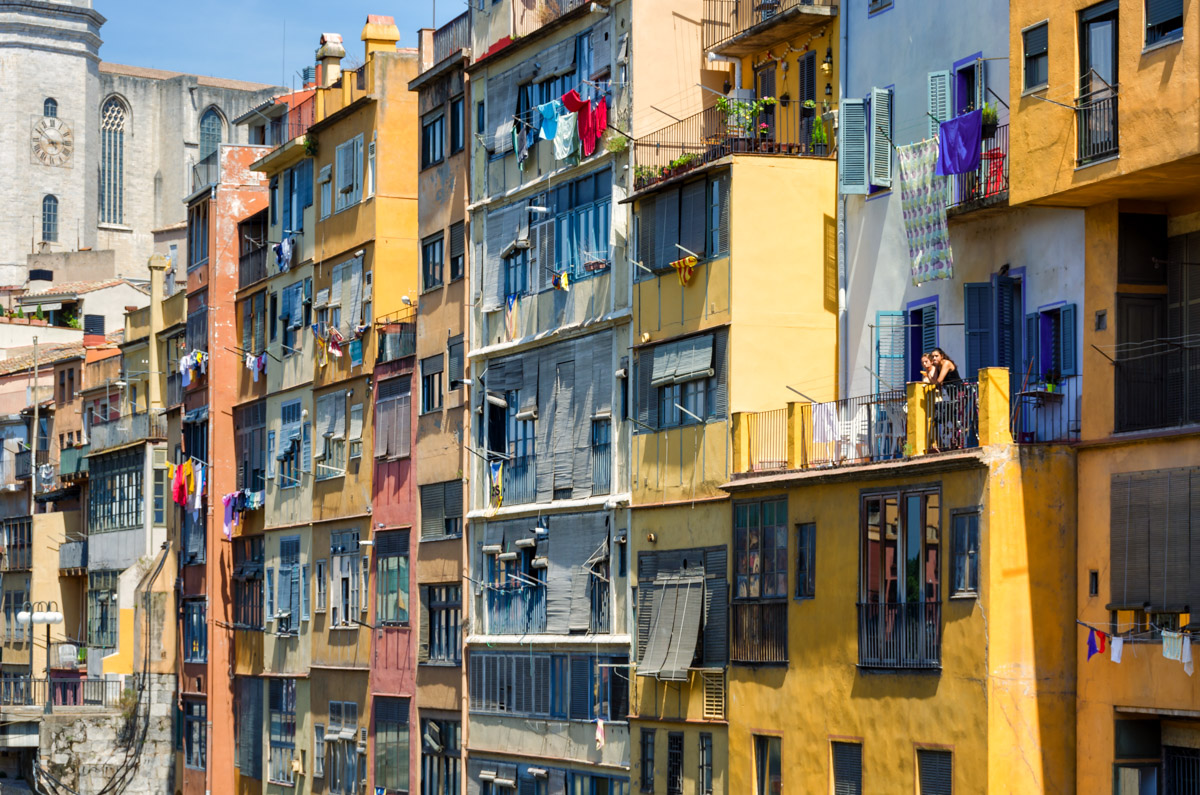 The breathtaking ceiling of the Palace of Music in Barcelona. 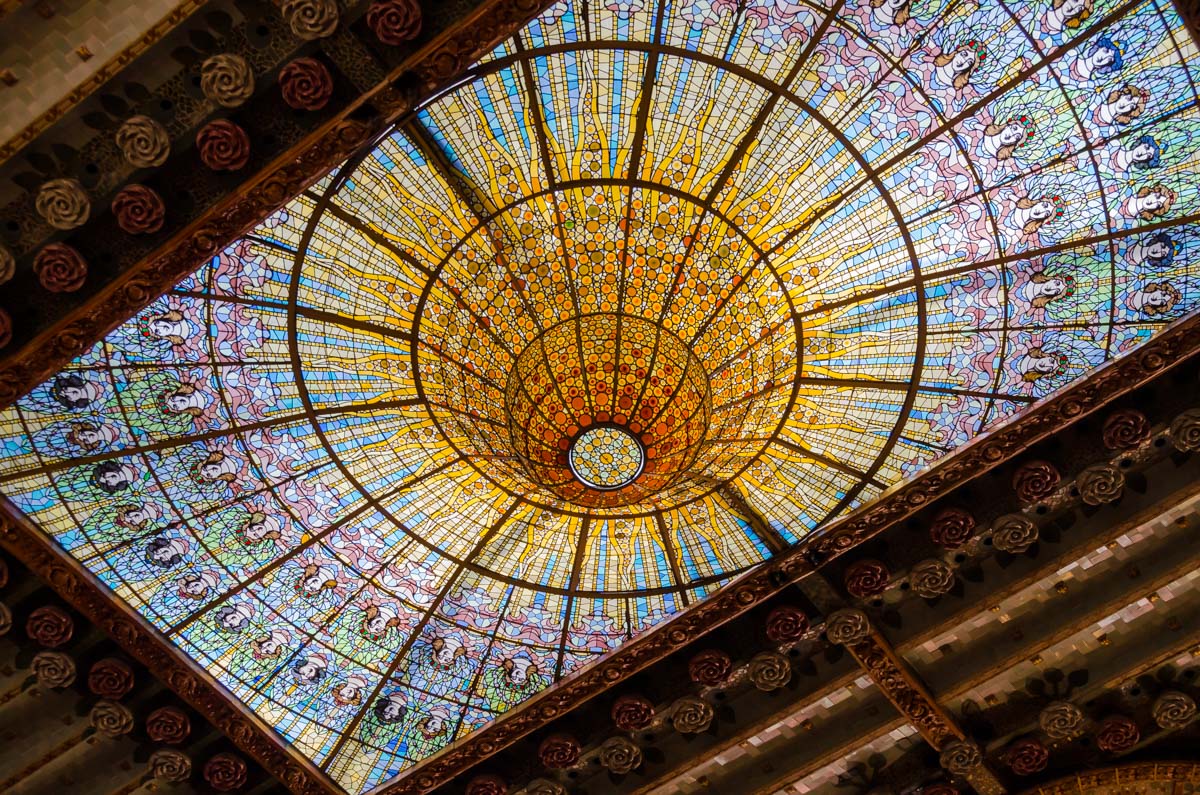 The views from Park Güell at sunrise. 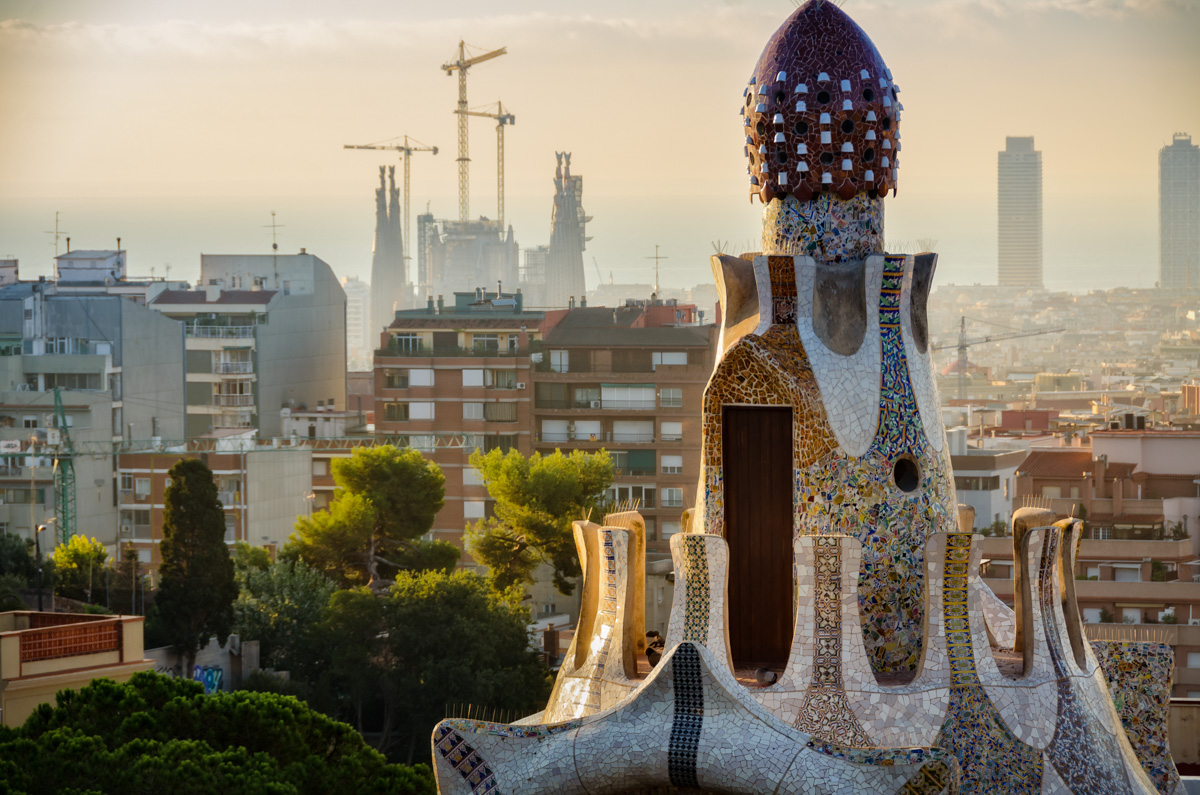 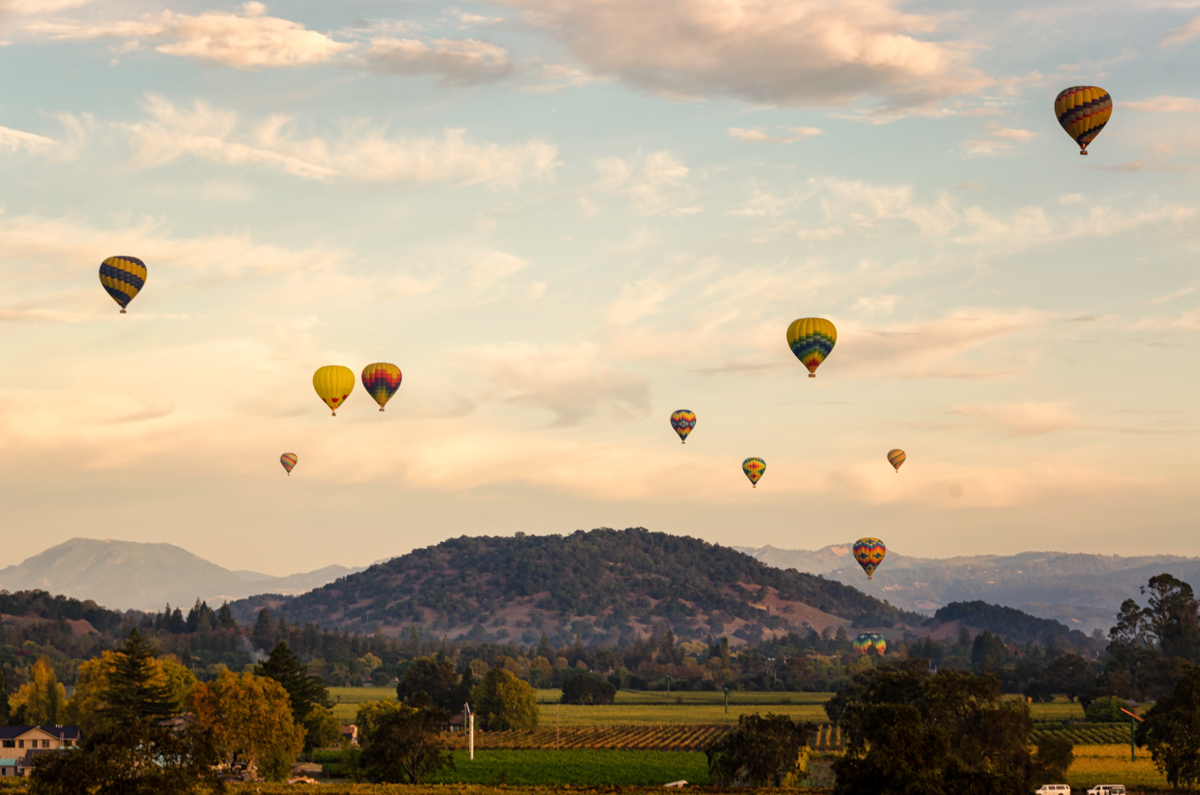 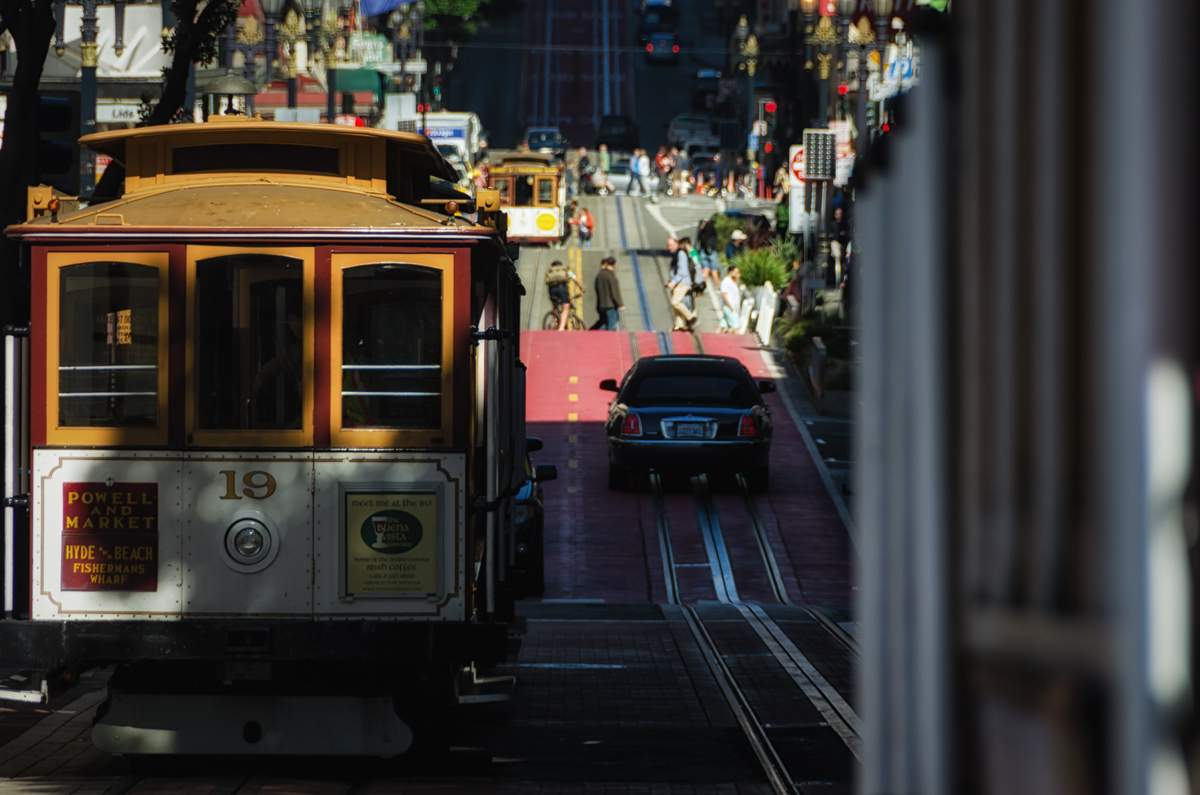 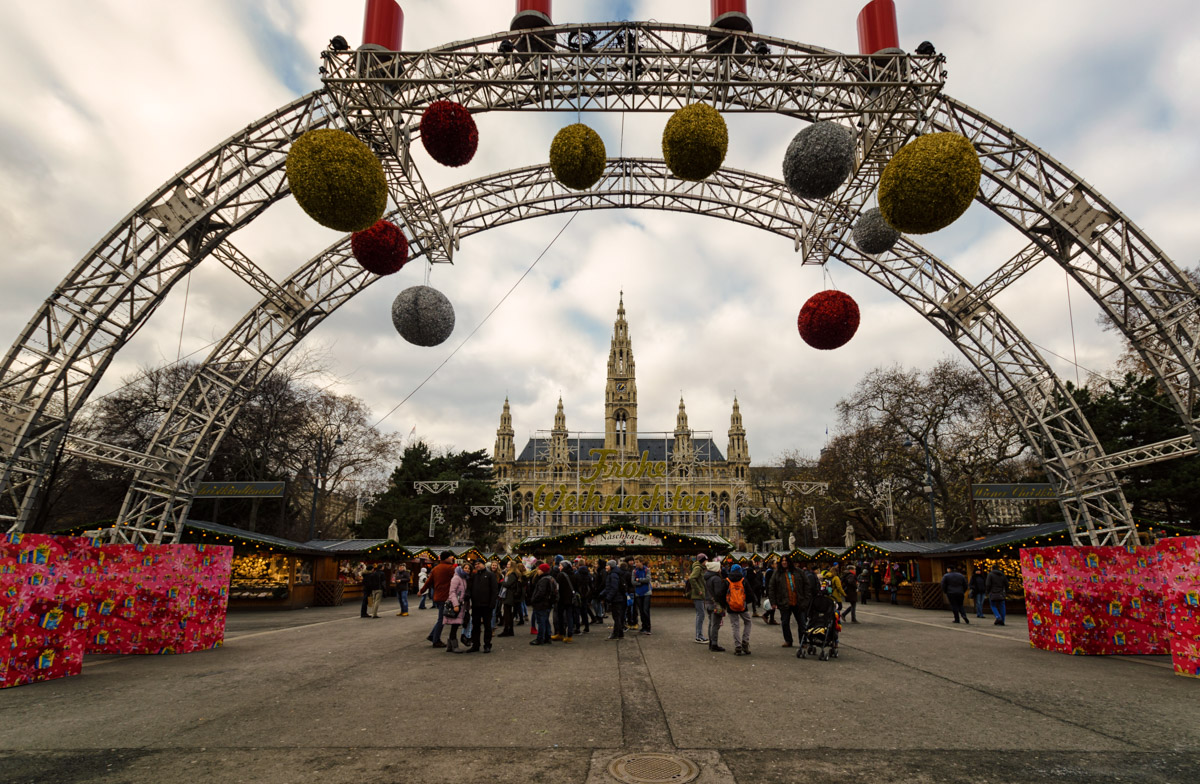 And one picture that has not yet featured on these pages but will be part of an upcoming publication – an amazing house in Graz. 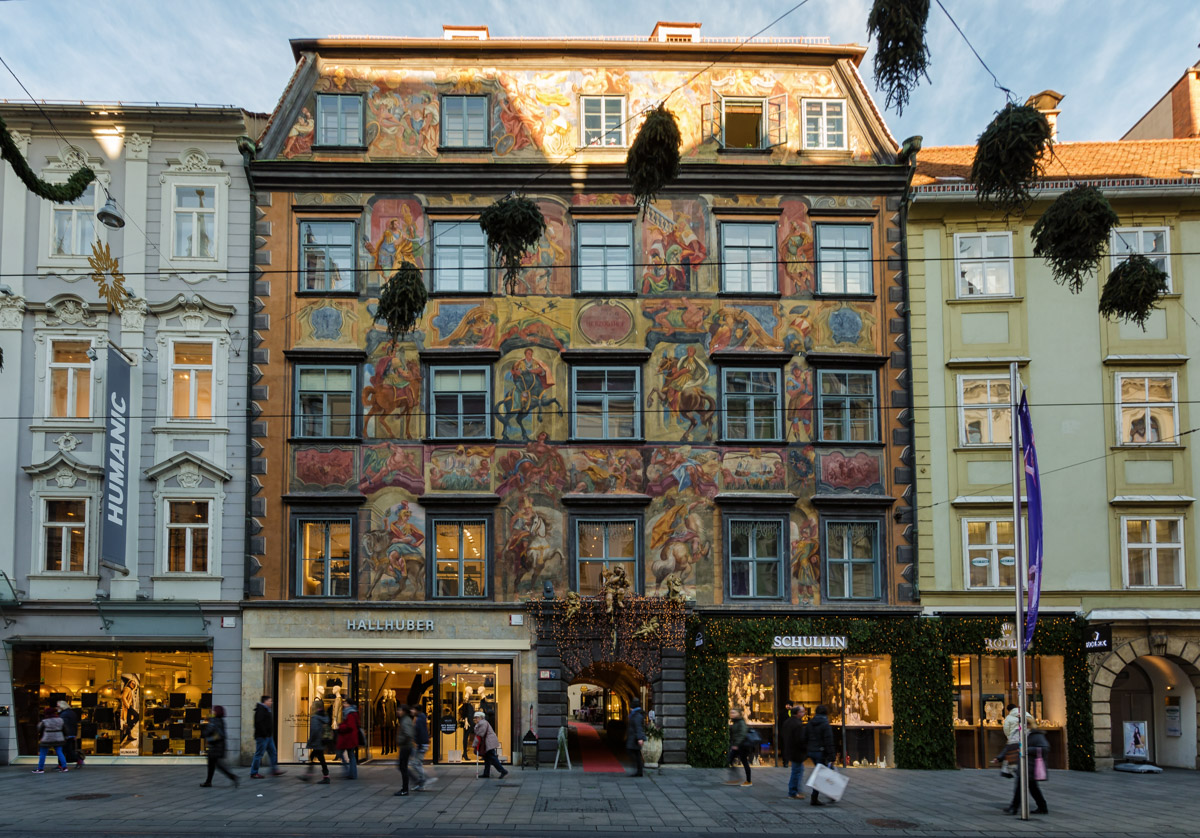 Plenty of nice memories in my photo archive. Here is to growing it in the coming year!