University town of Alcalá de Henares is recognized on the World Heritage registry for being the first such planned town and a model for subsequent others. As is often the case with so recognized locales, it is cute and lively without having any knockout features: just a really nice place to be.

Here is one of the main courtyards of the university, Patio de Santo Tomás de Villanueva. 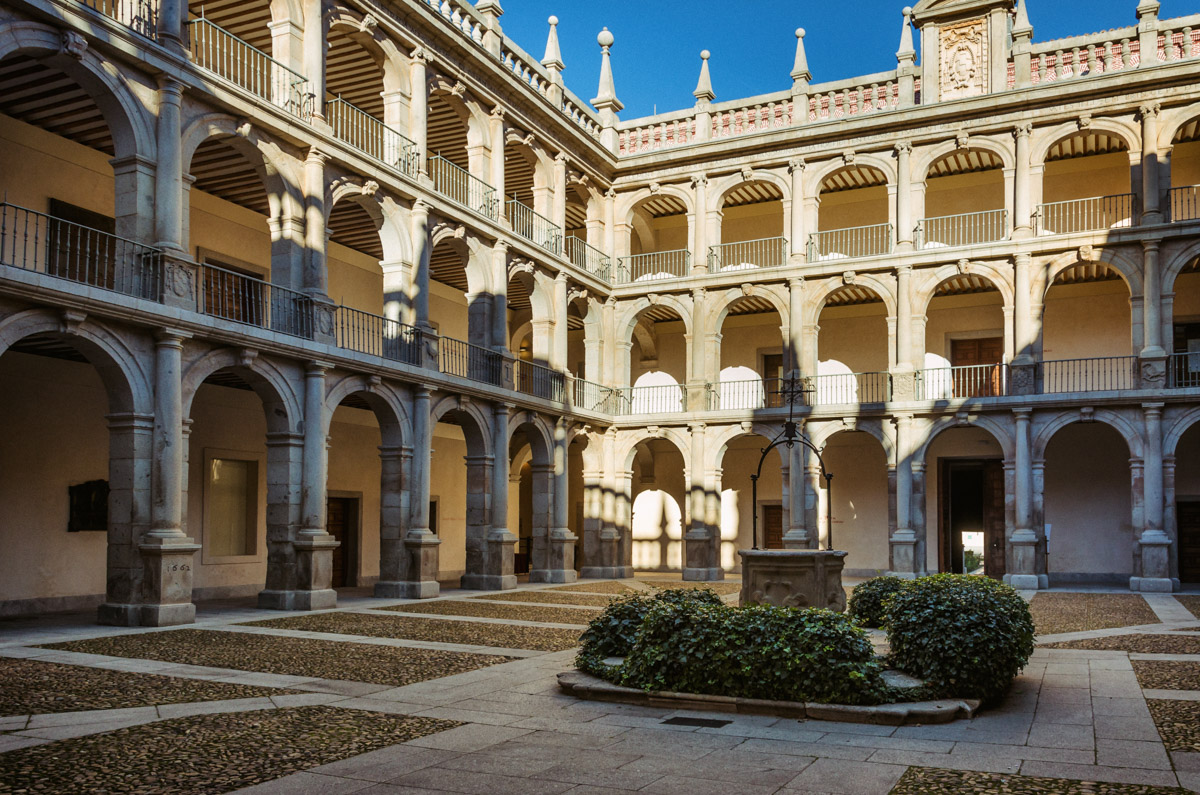 Passage from here to the adjoining courtyard, Patio de Filósofos. 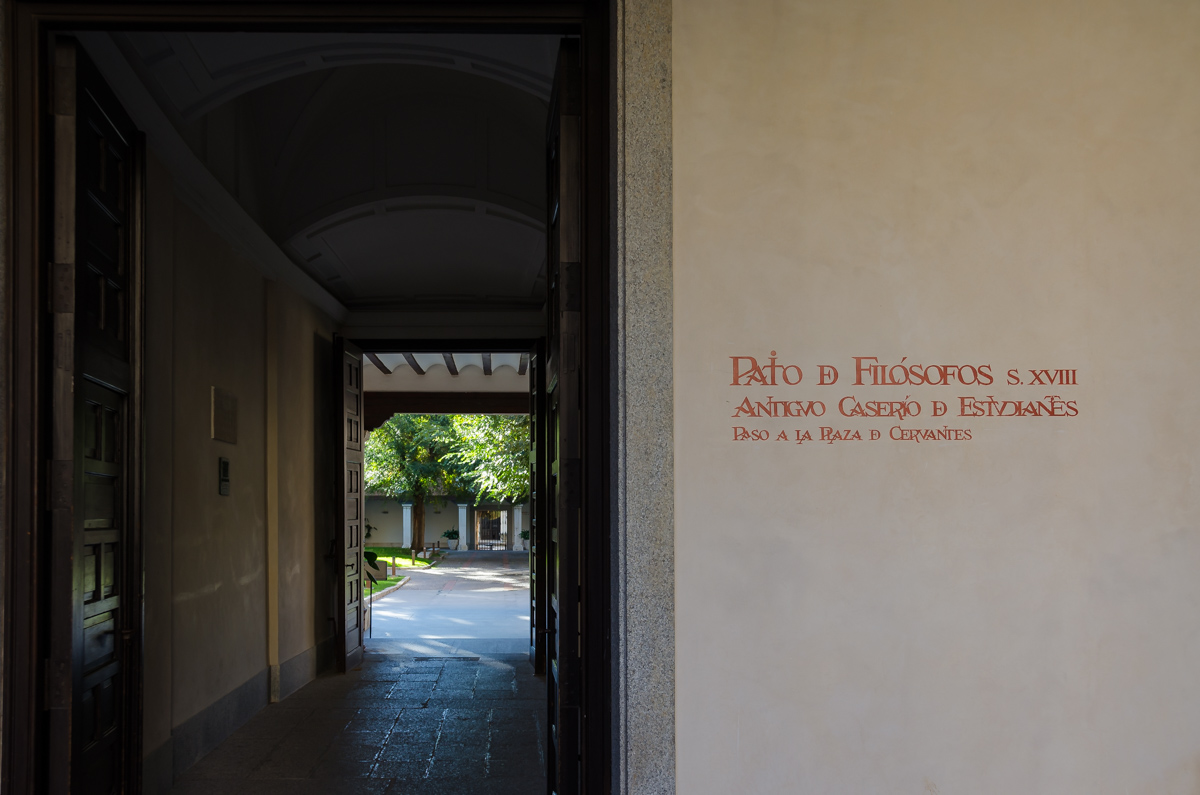 The university was founded towards the end of 13th century but gained its prominence in the 16th under Cardinal Cisneros, who had a big hand in transforming the city and making it a center of learning.

Façade of the university chapel, Capilla Universitaria de San Ildefonso, build in 1510 as part of the main university complex. 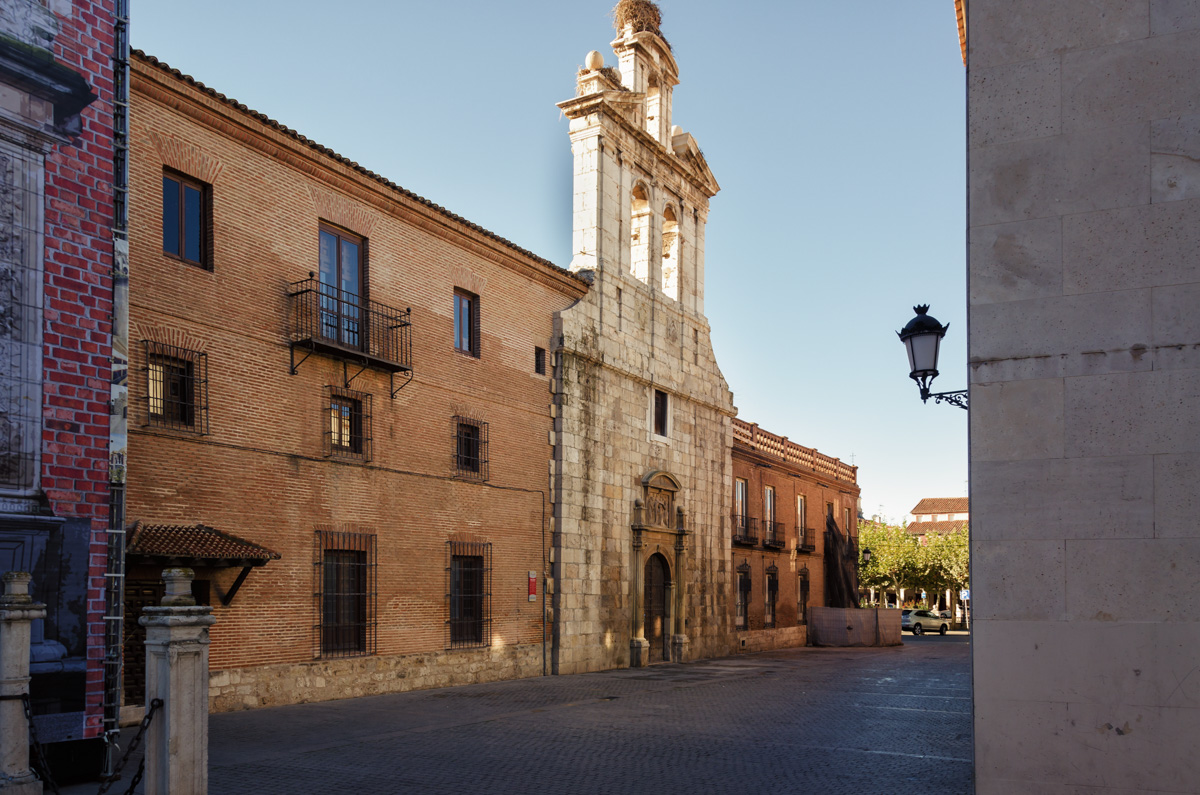 The central pedestrian street of the town, Calle Mayor. This is an early-morning shot, when the town was still sleepy. Later in the day, the street got really busy. 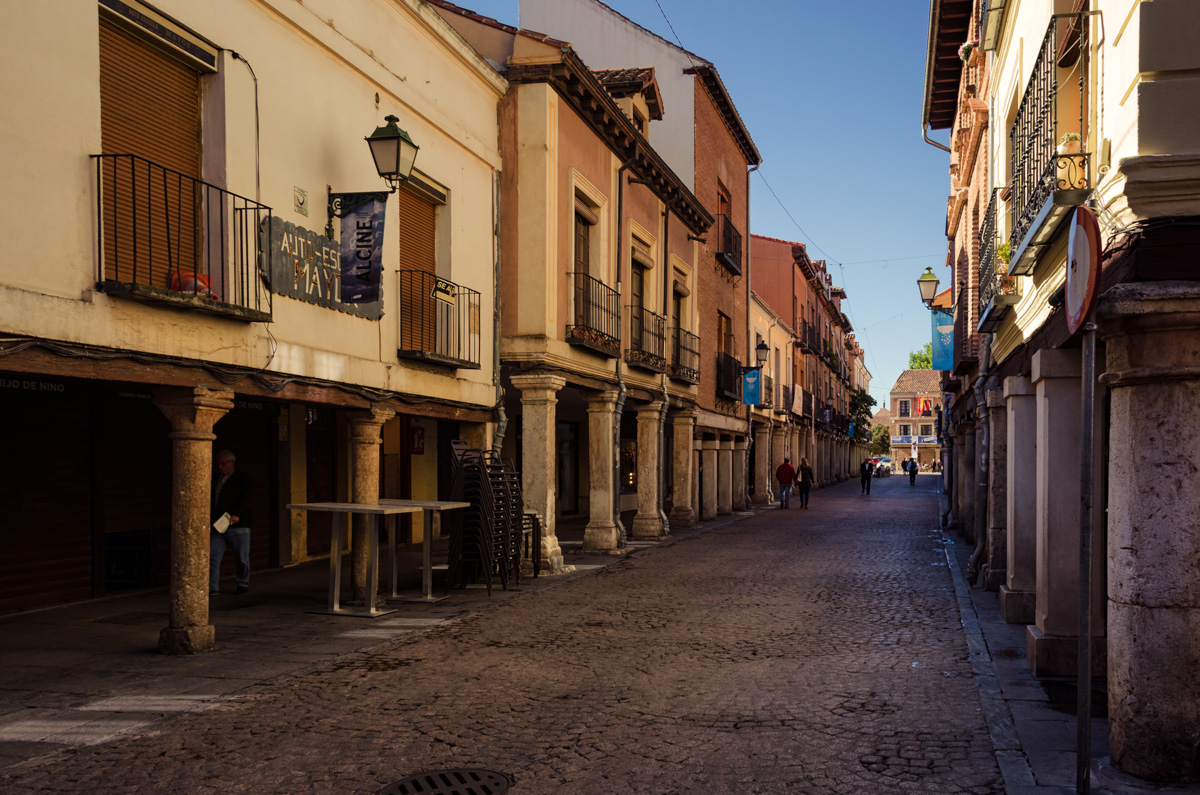 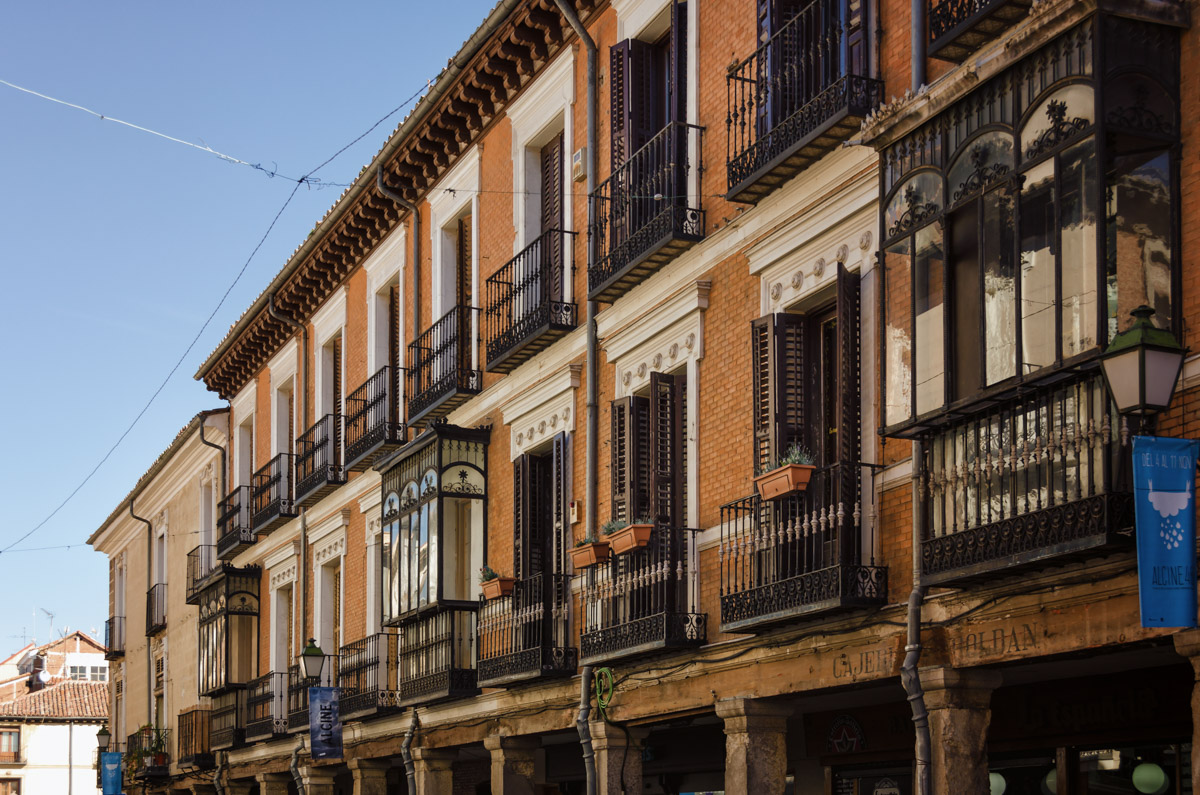 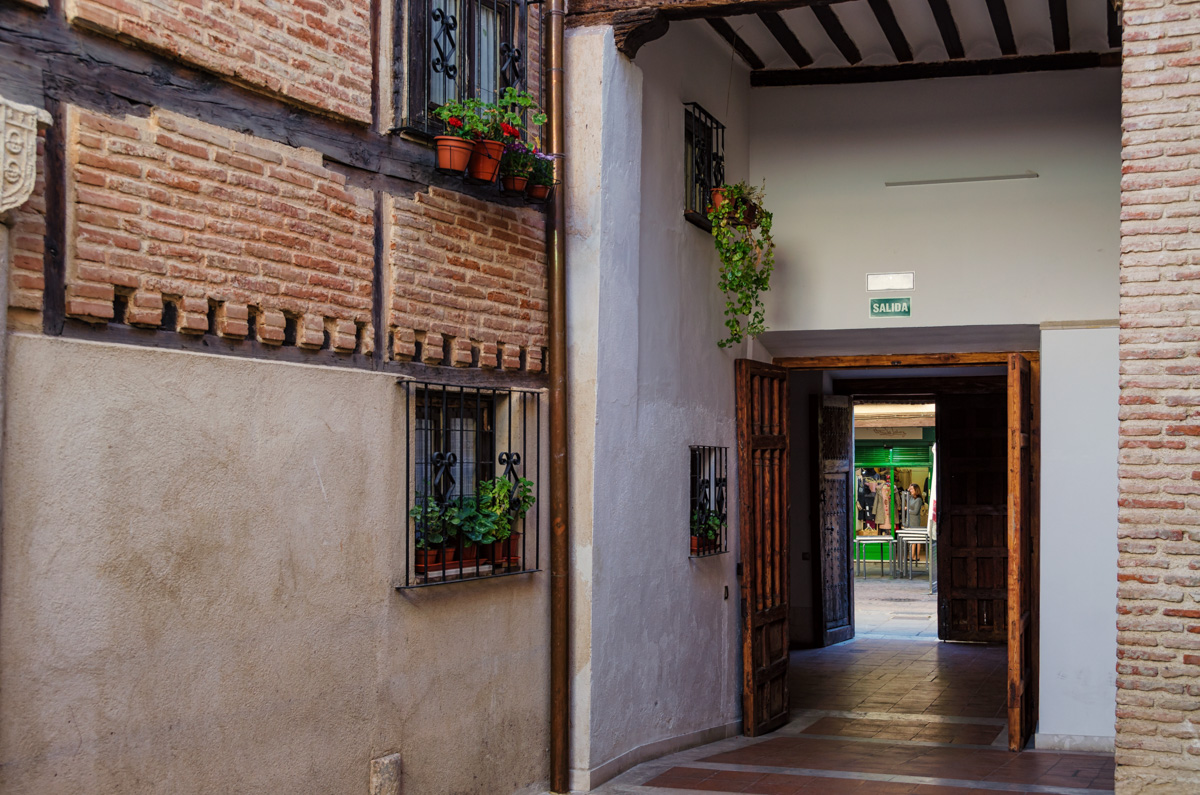 At the edge of the historic town center, Puerta de Madrid marks the erstwhile entrance to the city. 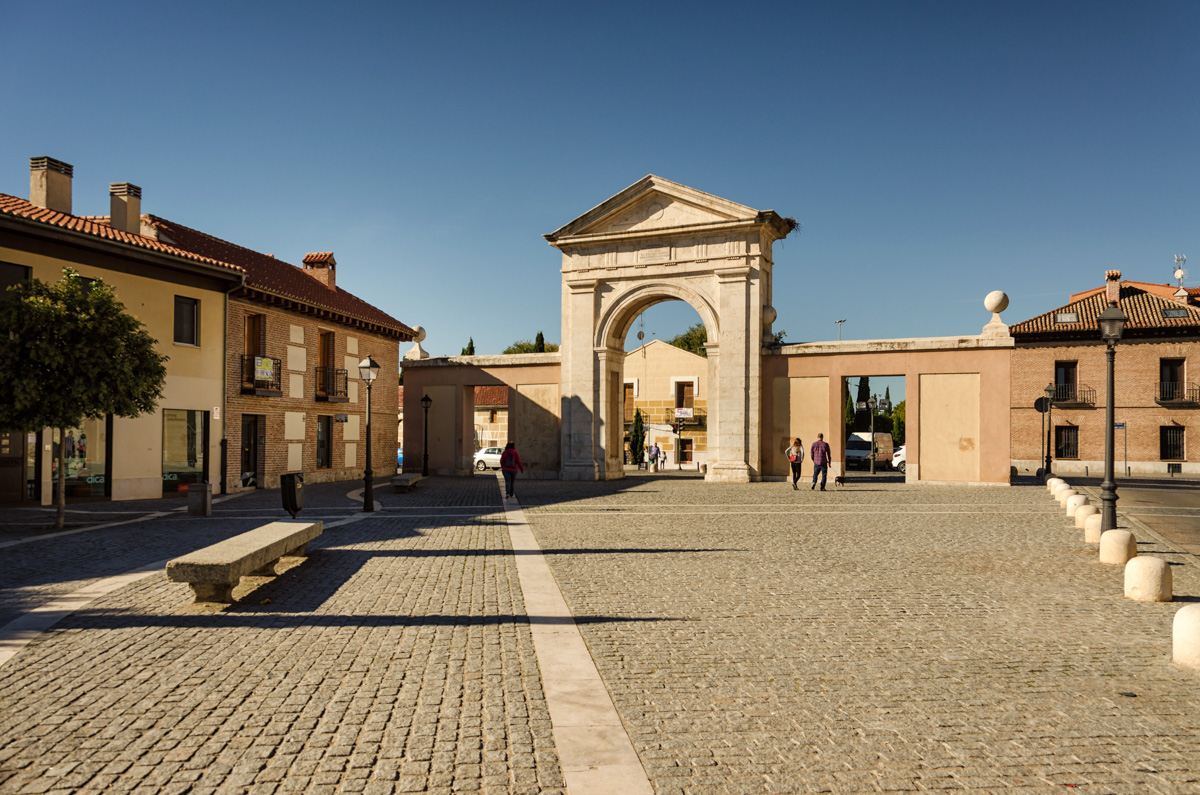 If you have been to Madrid and ever looked at Puerta de Alcalá, you may realize the connection: the gates stand at the opposite ends of the road leading from one city to the other.

A glimpse of the town hall from Plaza Rodríguez Marín. 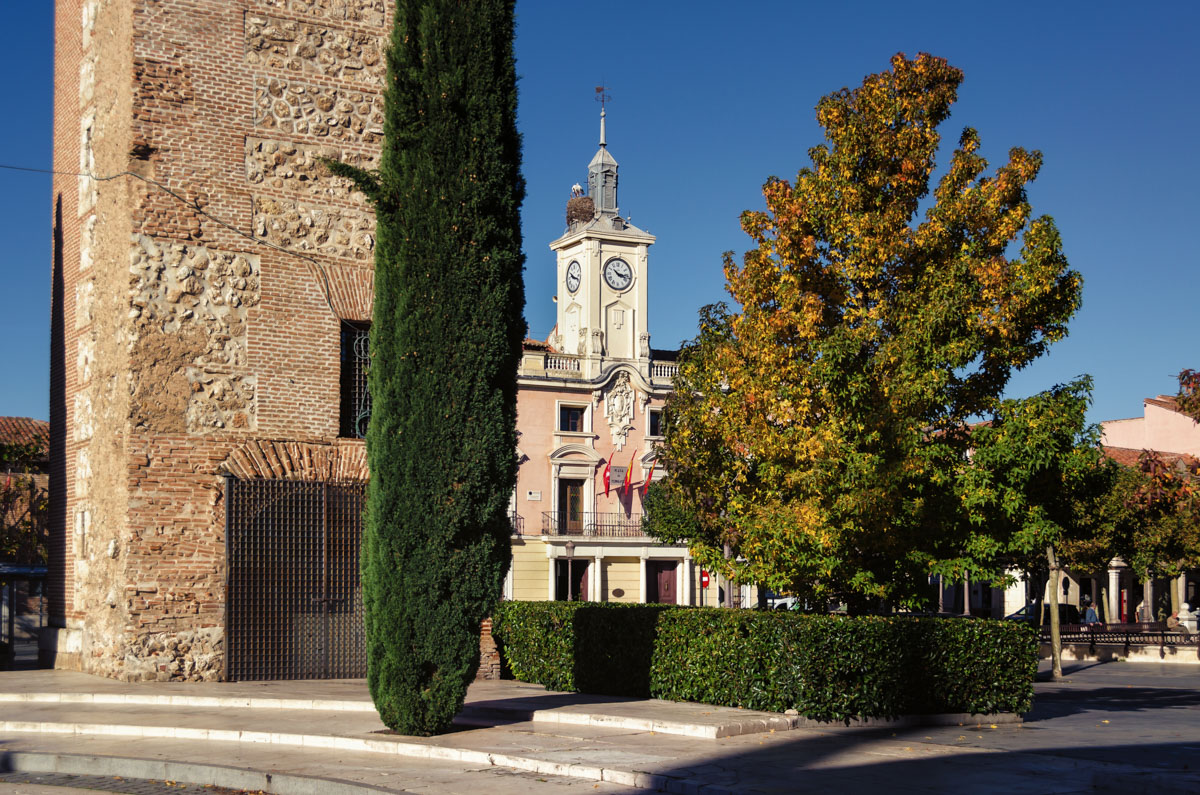 And a close-up of the town hall. 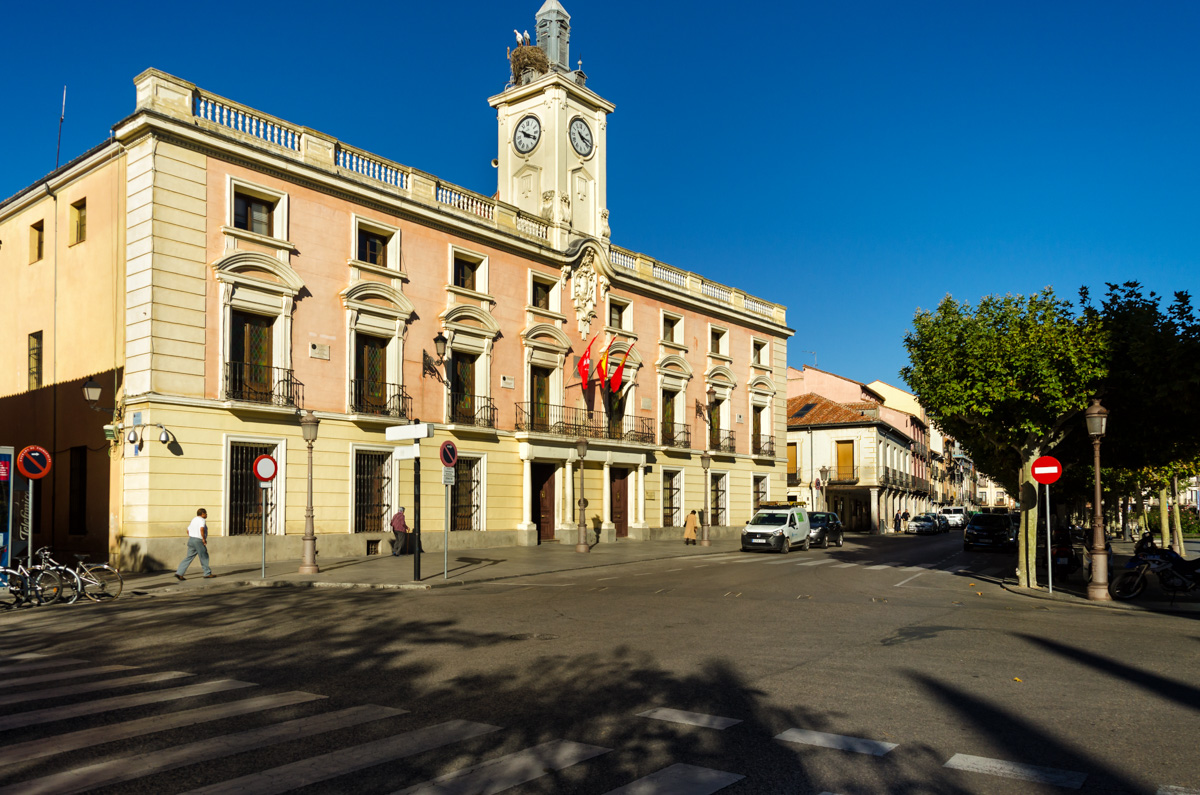 Do you see the huge stork nest on the tower? I only noticed it when processing the photographs, but it turns out that storks are famous for residing in and around town.

Another corner of Plaza Rodríguez Marín. 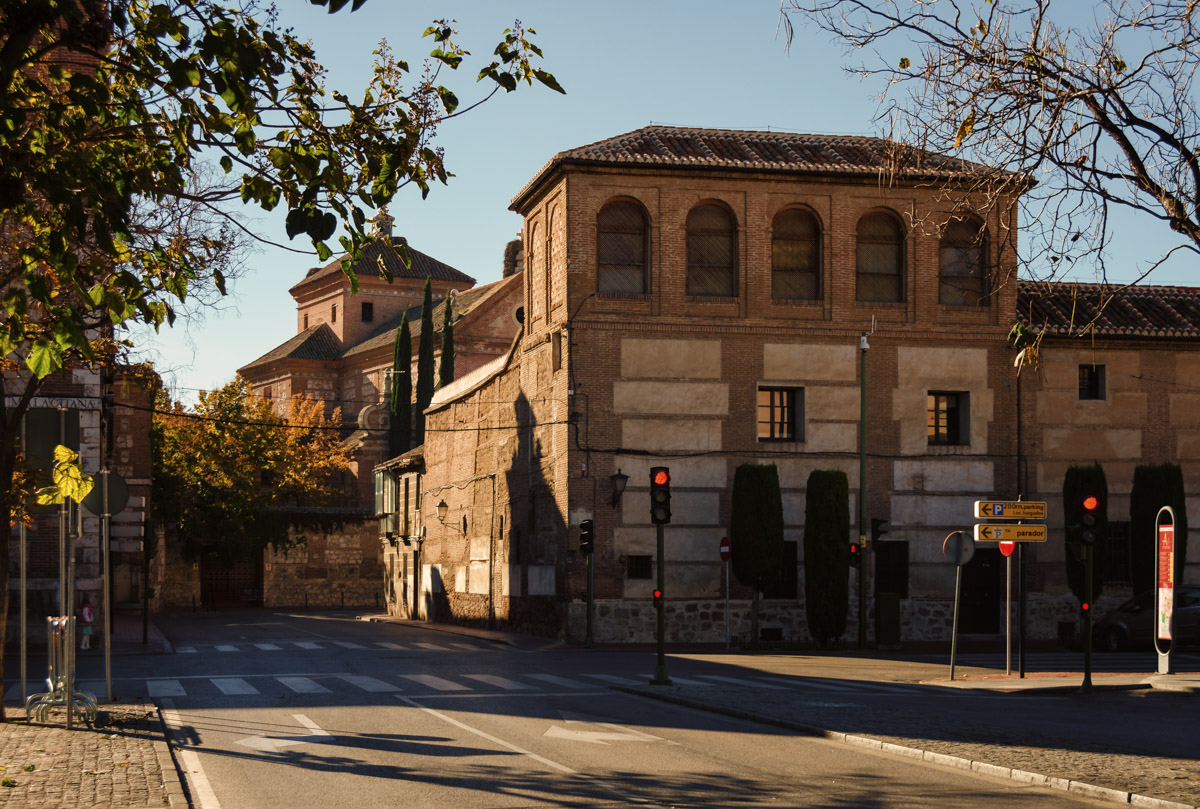 The most famous person hailing from Alcalá de Henares is the great Spanish writer Miguel de Cervantes Saavedra. He only lived in the city when he was a child, but the city celebrates him like no other. His monument headlines the main town square, called fittingly Plaza de Cervantes. 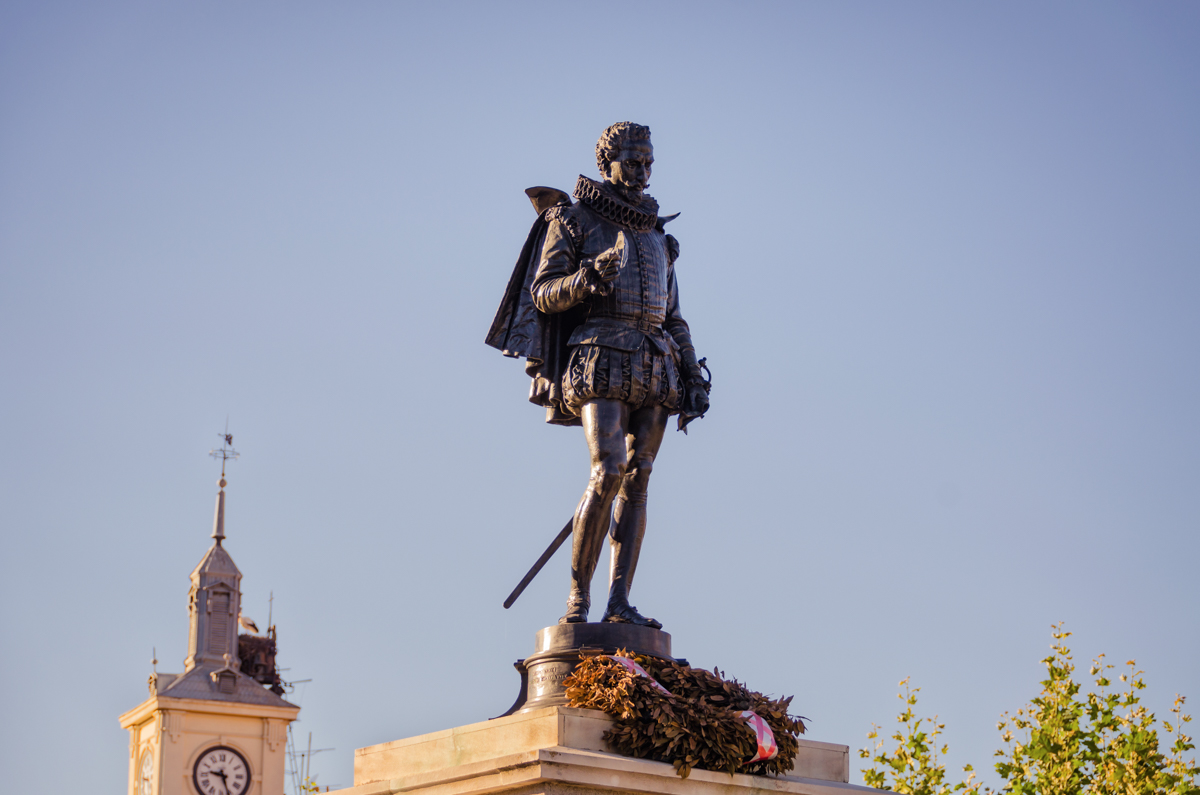 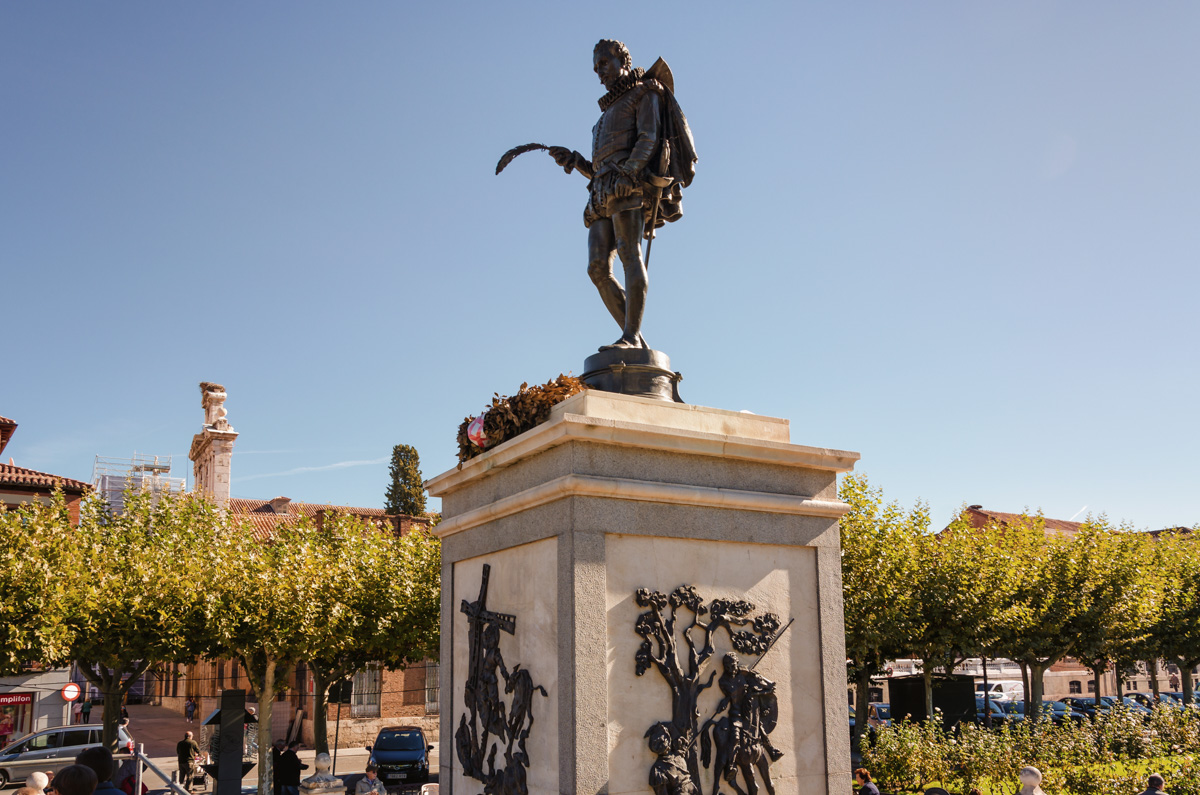 The four panels of the monument base depict scenes from The Ingenious Gentleman Don Quixote of La Mancha. 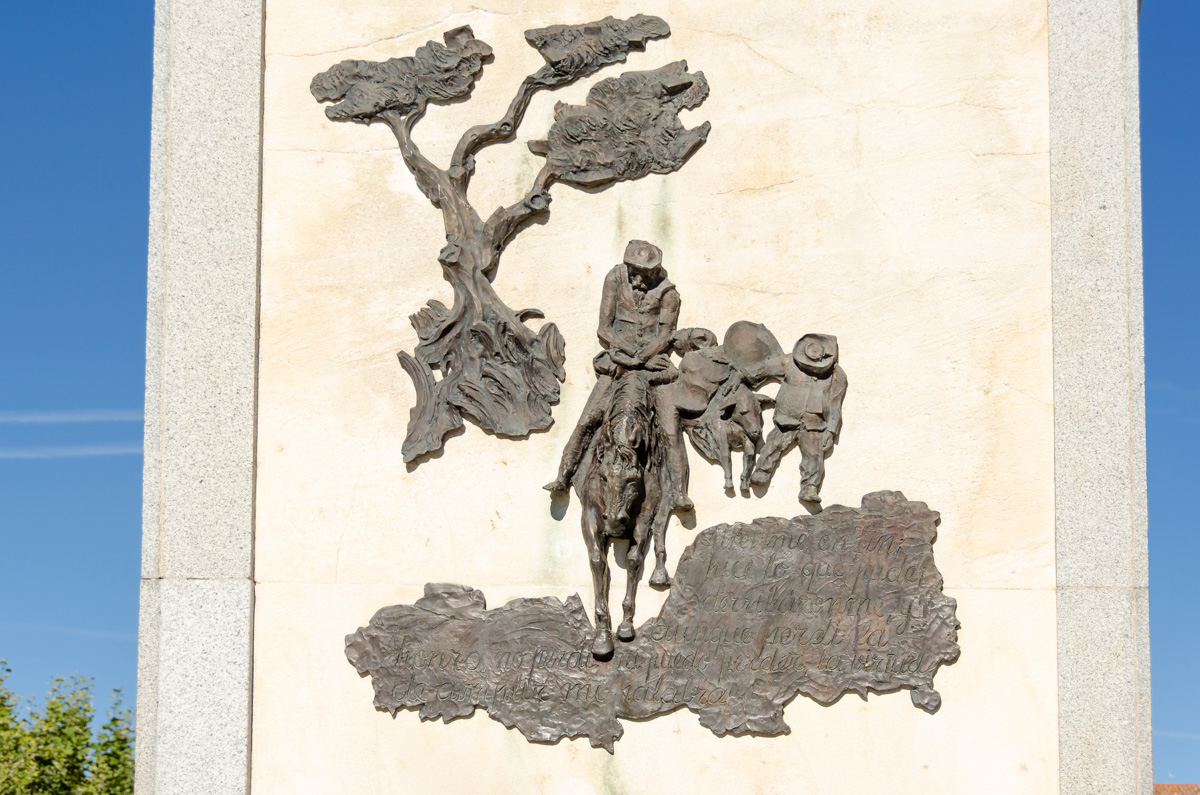 And on Calle Mayor, there is a different statue that no visiting tourist will pass without incorporating in a selfie. Here is a rare moment when Don Quixote and Sancho Panza are left to themselves. 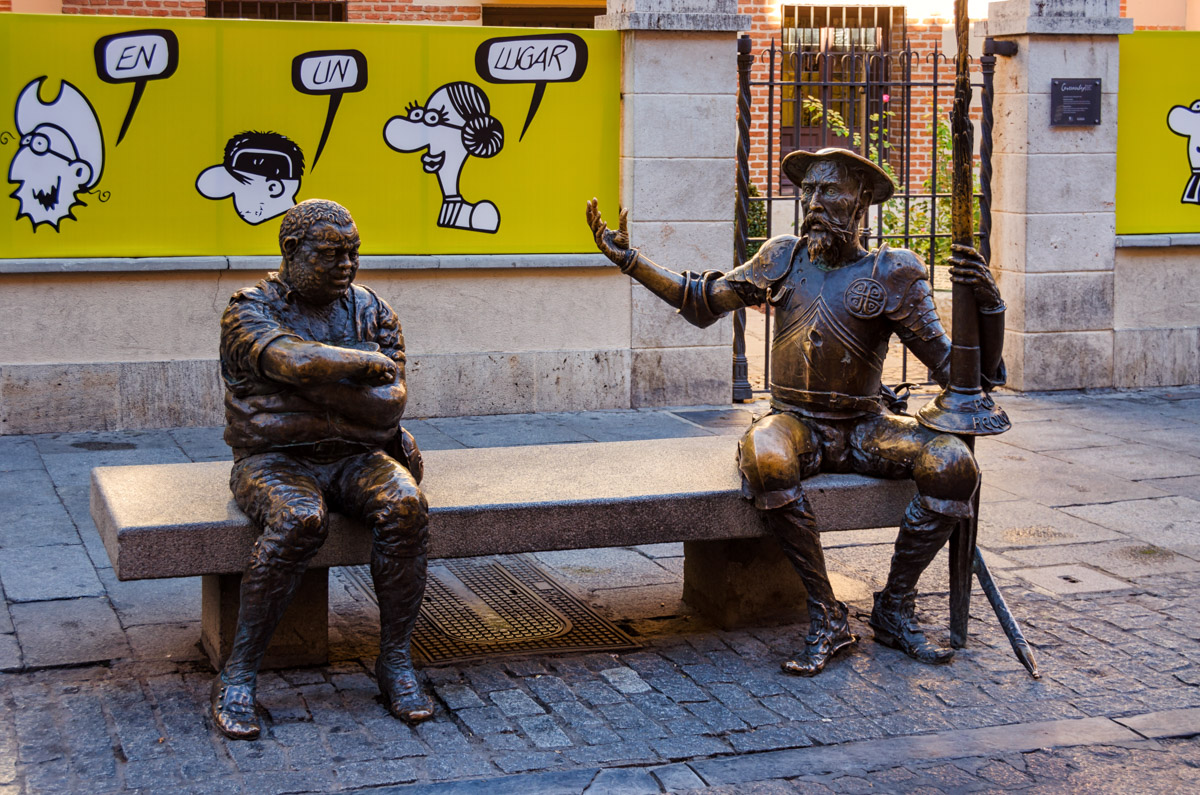 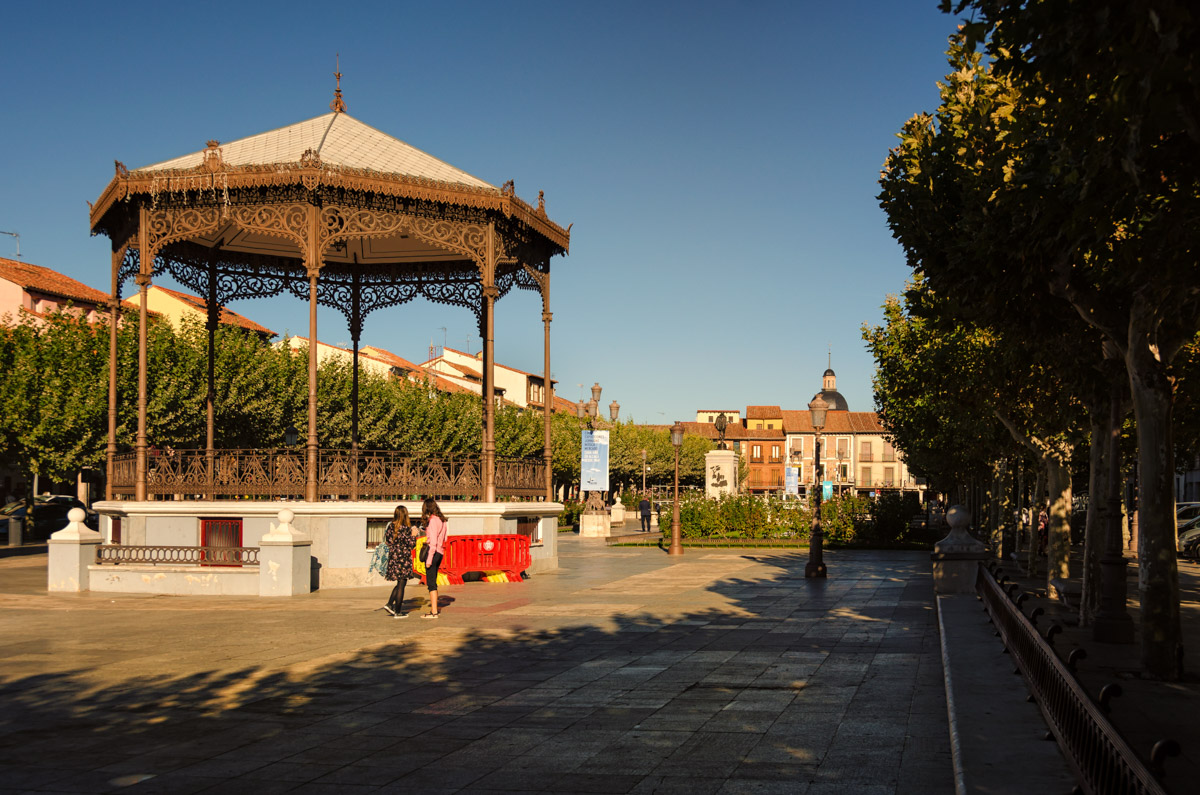 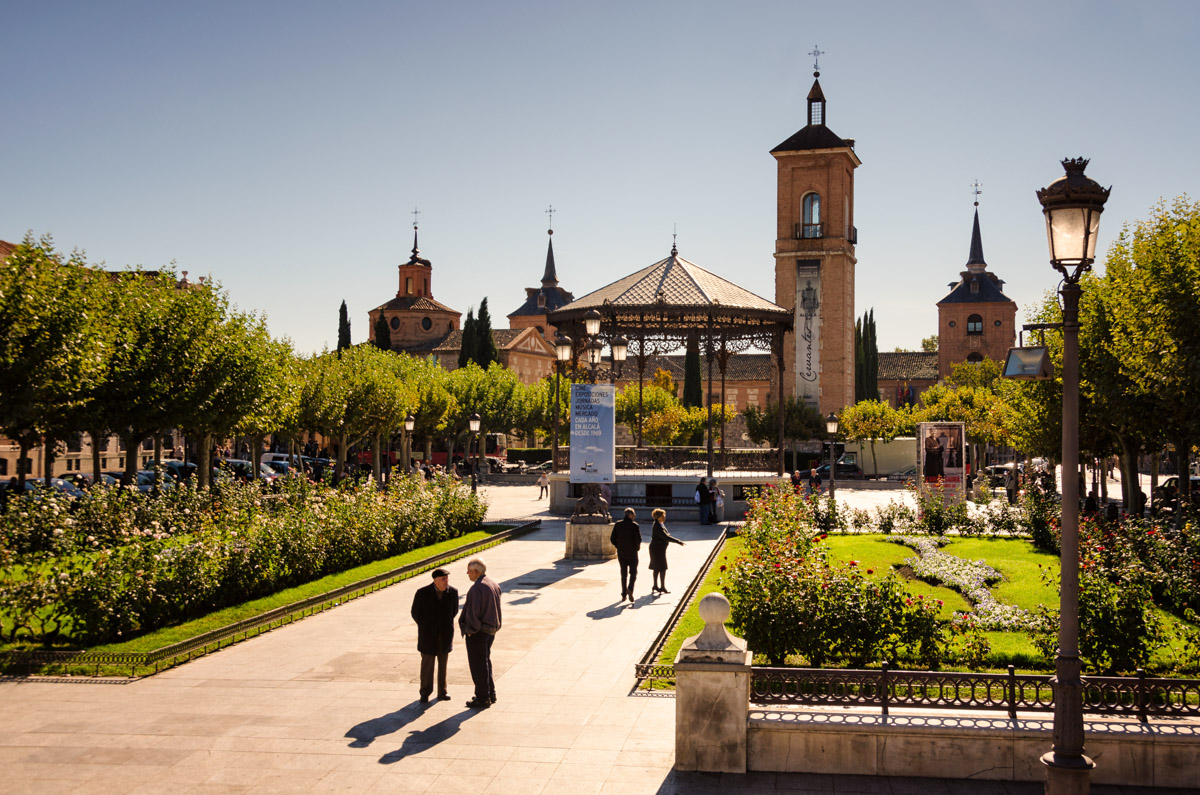 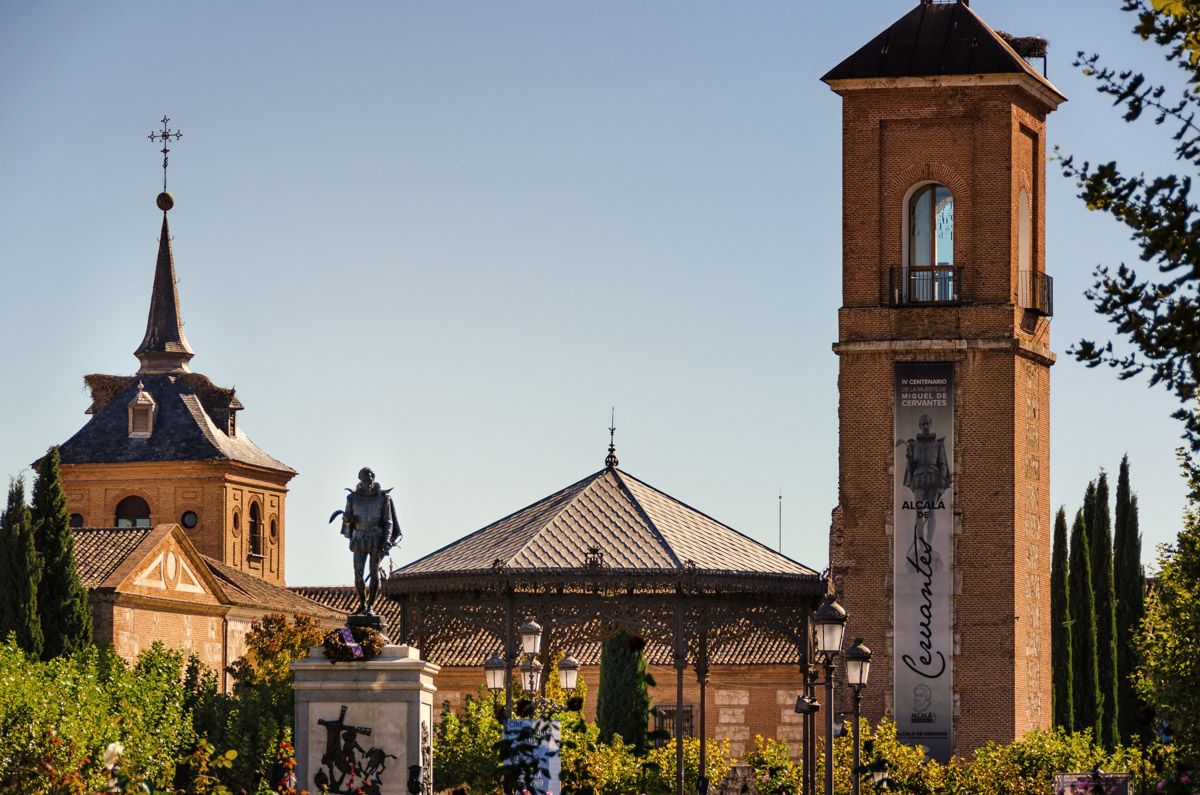 Slightly beyond the edge of historic core, is Palacete de Laredo. It was only built in the 19th century in neo-Mudejar architectural style to remind a passerby that the city had significant Moorish influence in its history. 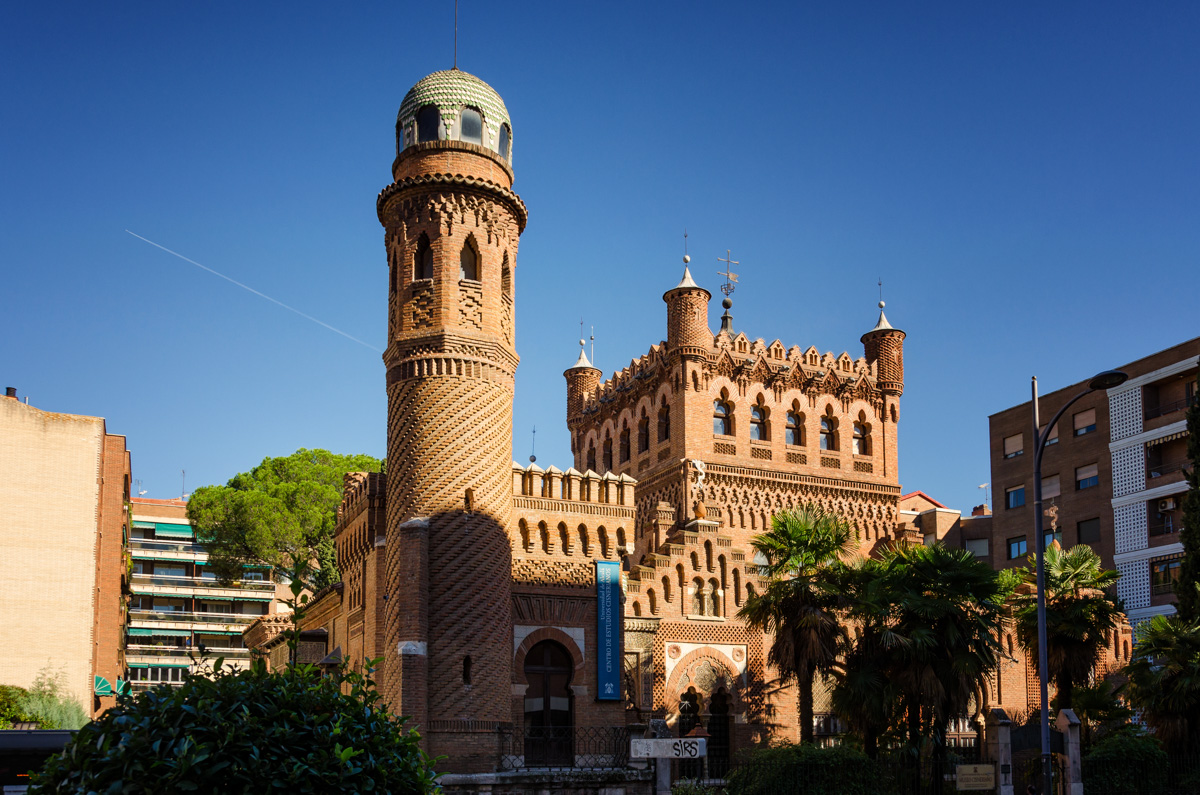 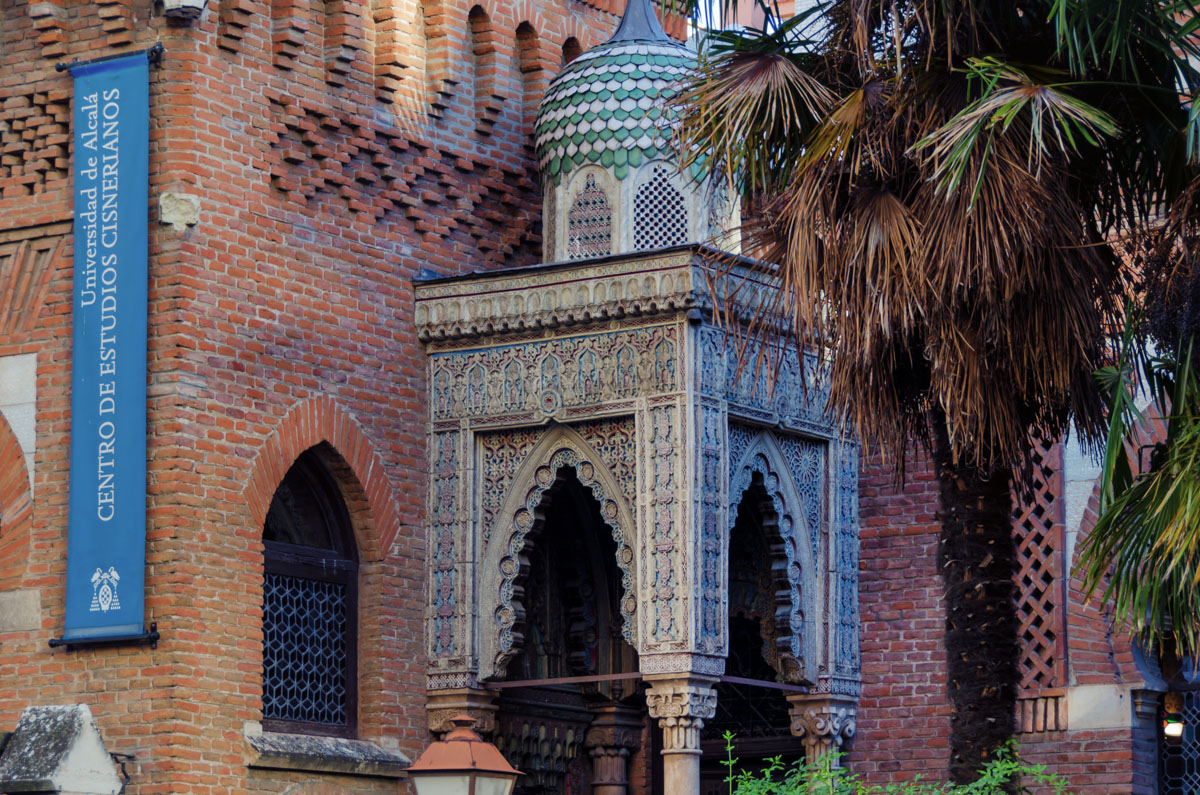 Stepping into random churches can lead to finding such gems as the interior paintings of the dome of Capilla de las Santas Formas. 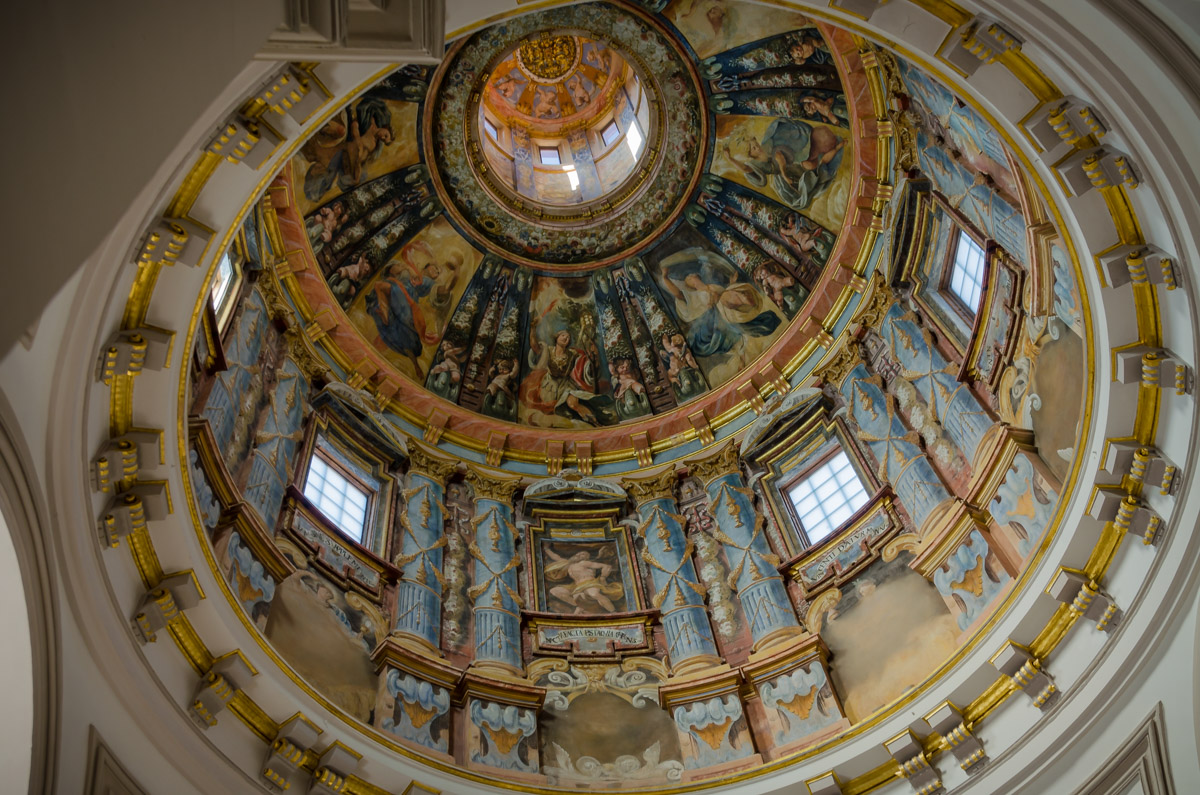 Alcalá de Henares is reached by a frequently running train from Atocha station in Madrid; the ride lasts around half an hour. Half a day is sufficient to get a feel of the city, but if you want to tour all of the major points of interest you probably need a full day (and make sure it is not Monday when most of the sights are closed).

These and other pictures of Alcalá de Henares can be found in my Flickr gallery.