The town of Palamós is home to the only remaining commercial harbour in the Catalan province of Girona. The fishing boats come back in with their catch between 4 and 5pm, in time for the fish auction ahead of the influx of hungry diners looking for fresh seafood. If you come to the port at this hour, you can observe fishermen busy at unloading and practically follow the fish from the sea to your dinner plate.

Here is one of the boats coming in after a day of fishing out in the sea. 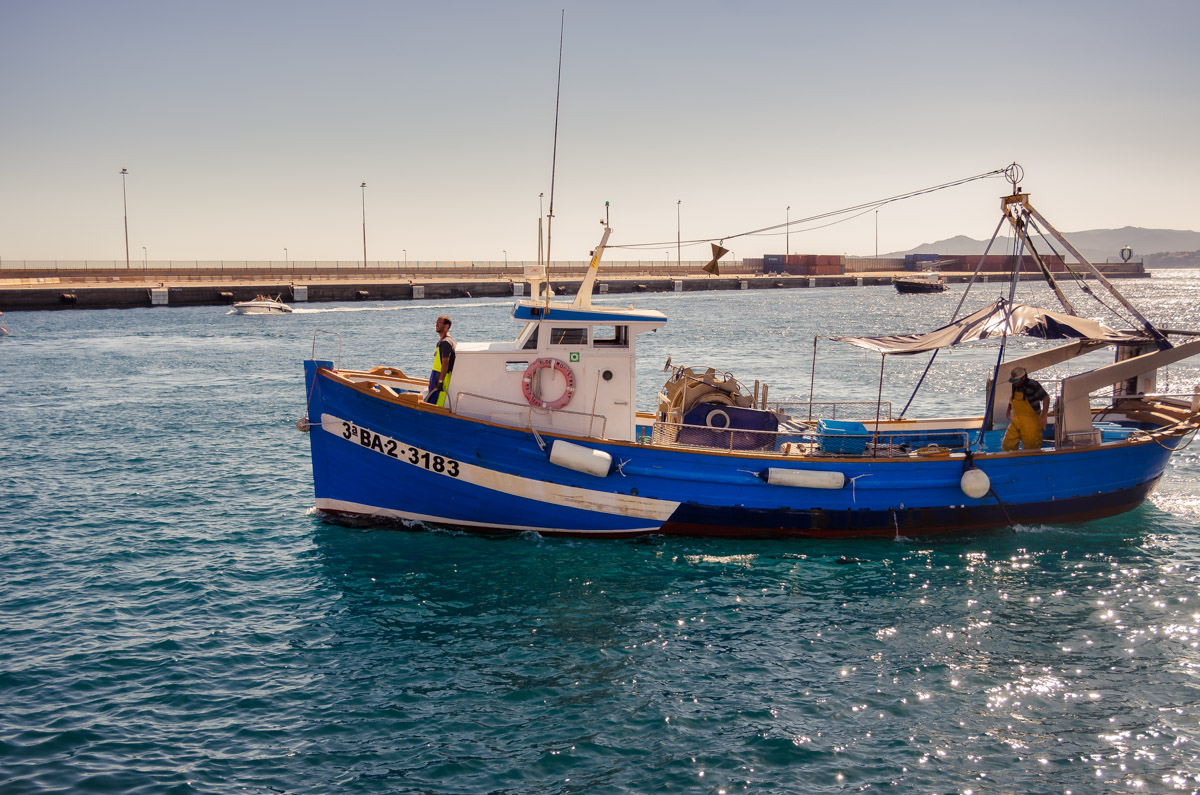 The catch is already sorted and iced in bright-blue bins stacked in the aft. 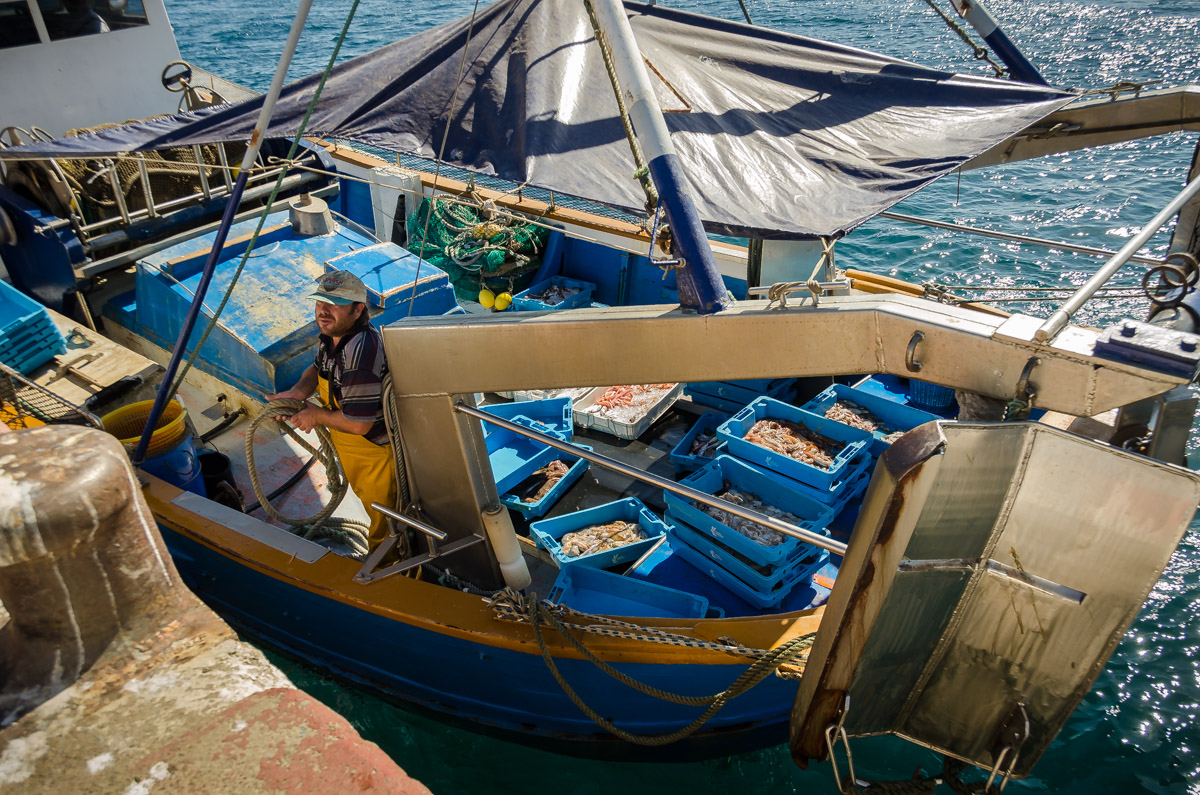 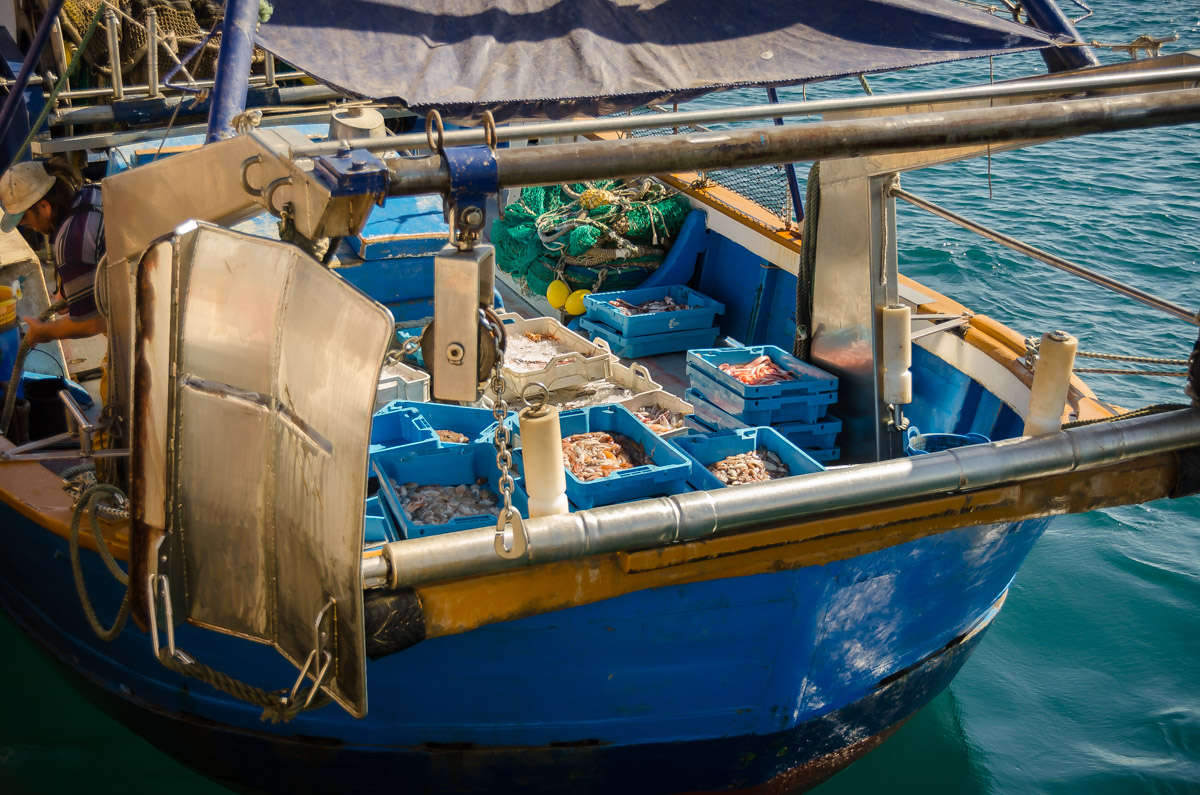 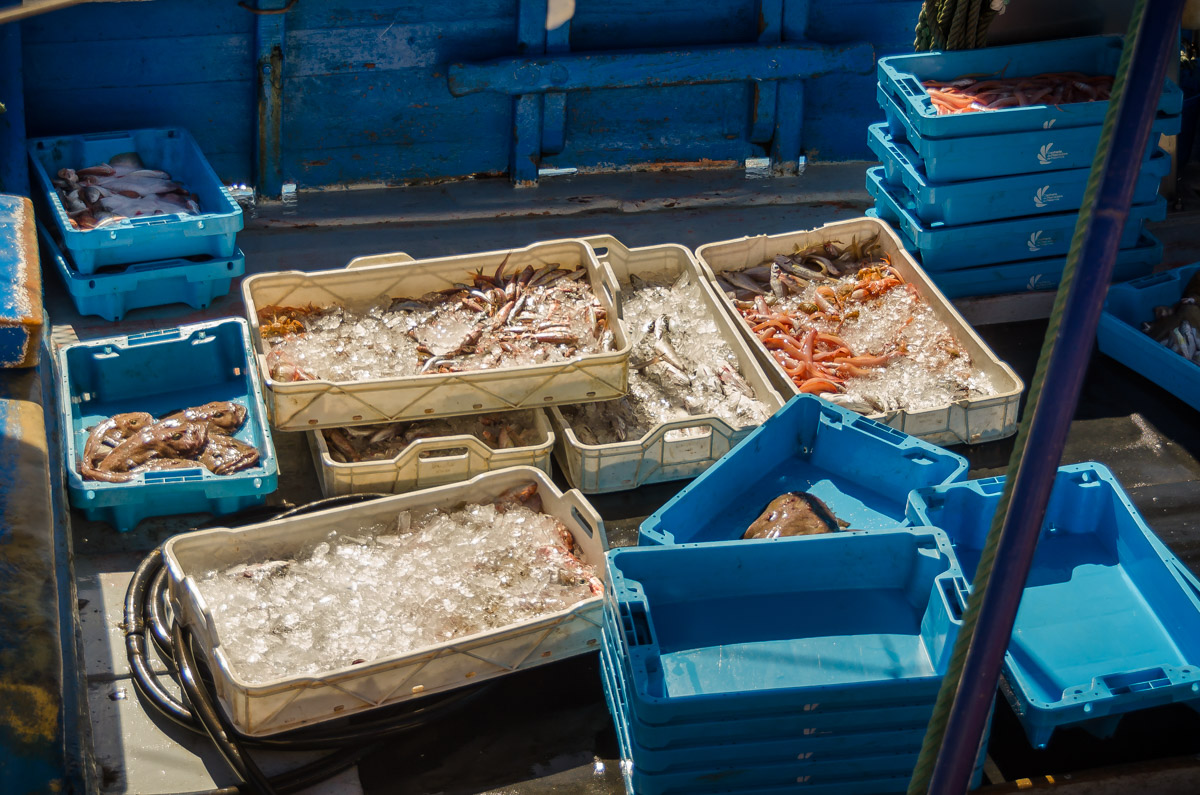 There are different species of seafood that the crew brings in, including the far from pretty but rather tasty monkfish. 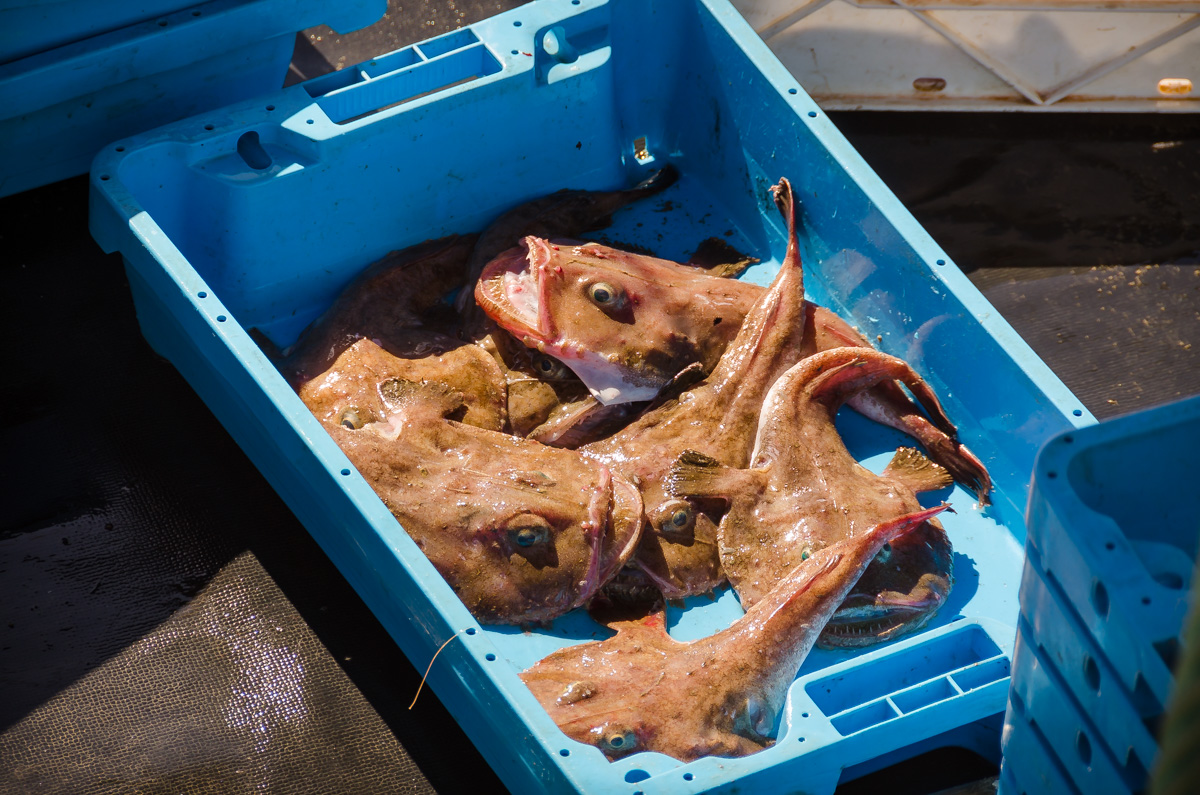 For whatever reason, one of the monkfish bakes discarded in the sun. 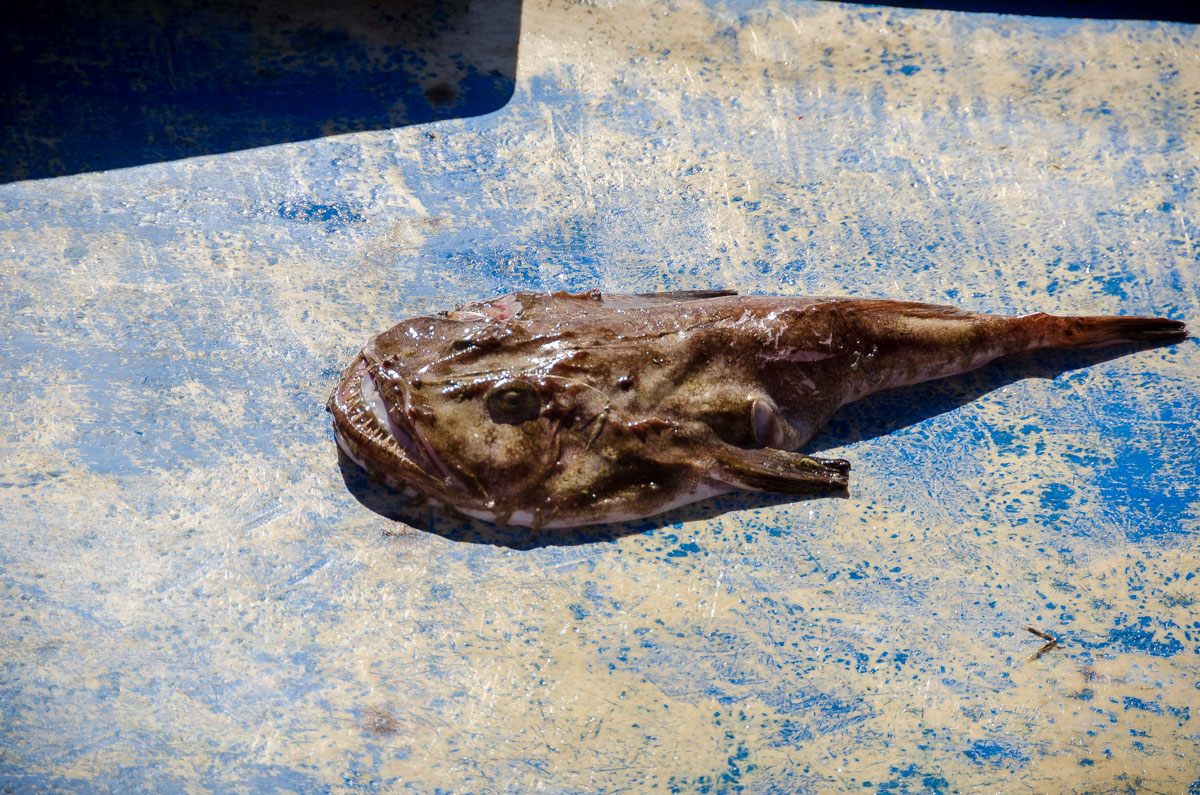 A fisherman is carving parts of the catch right there on the boat. 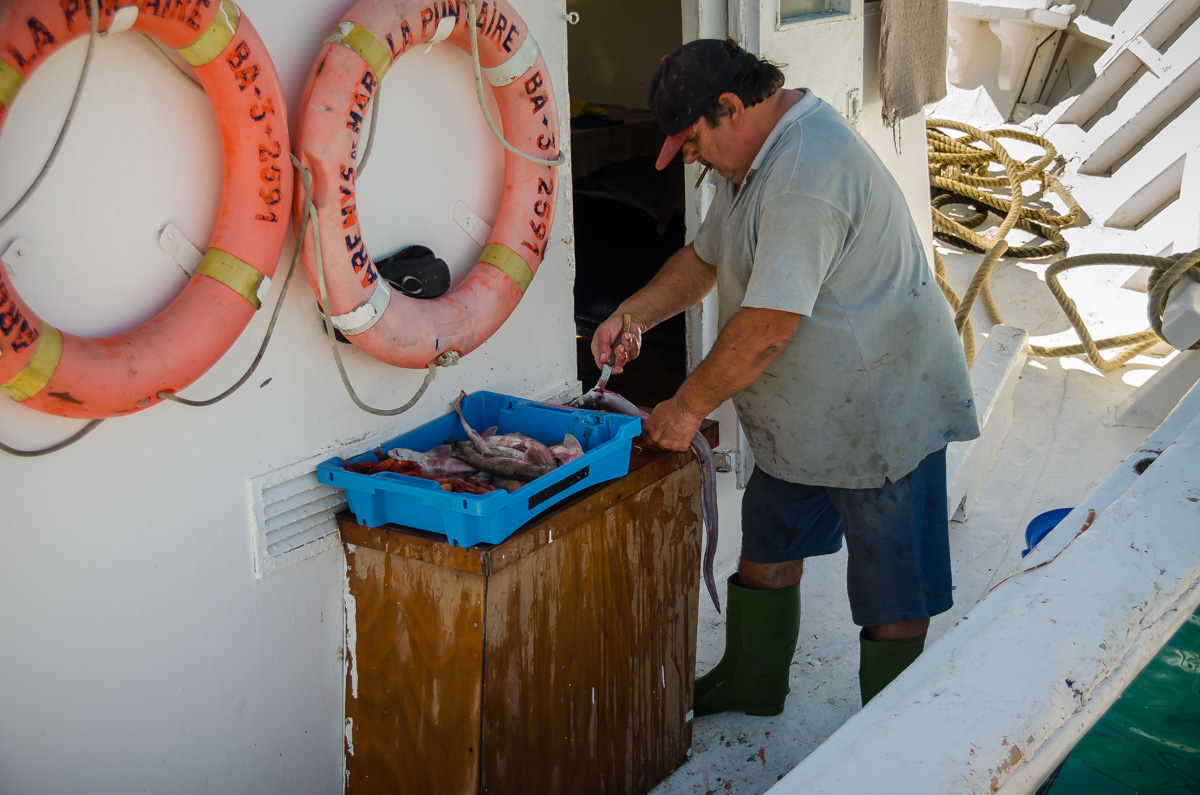 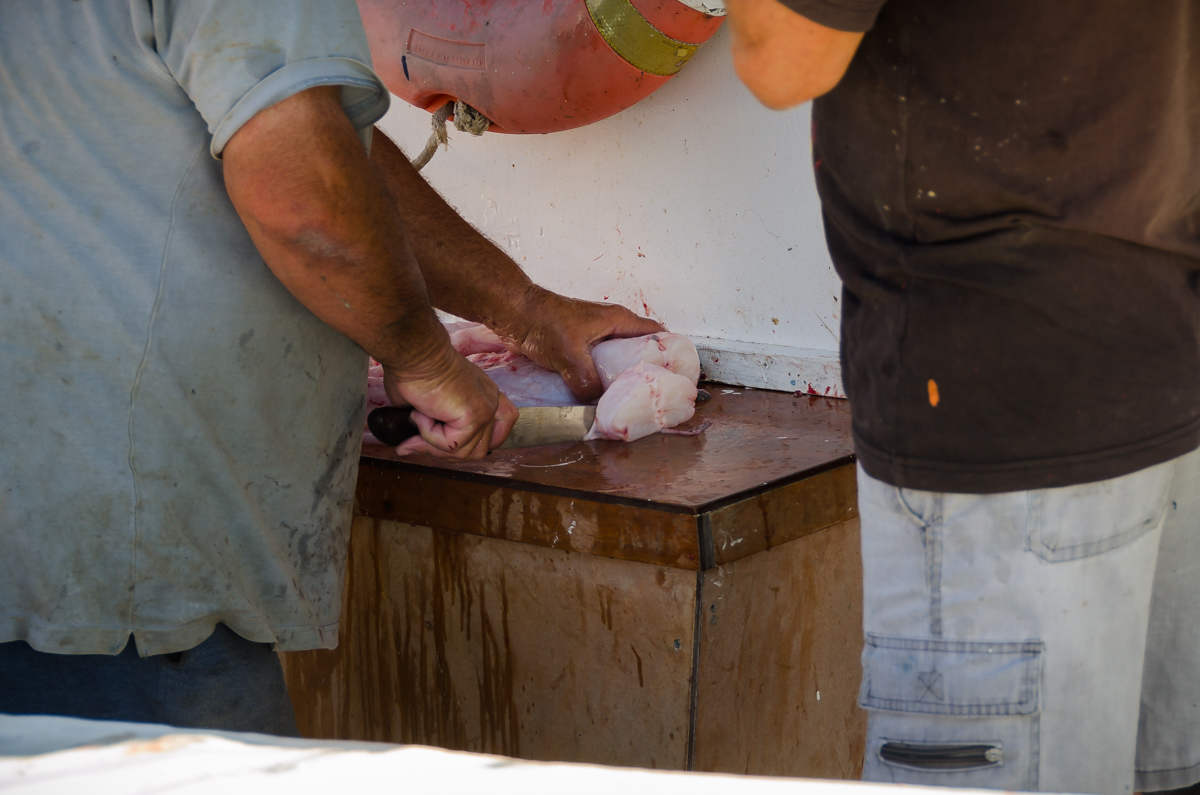 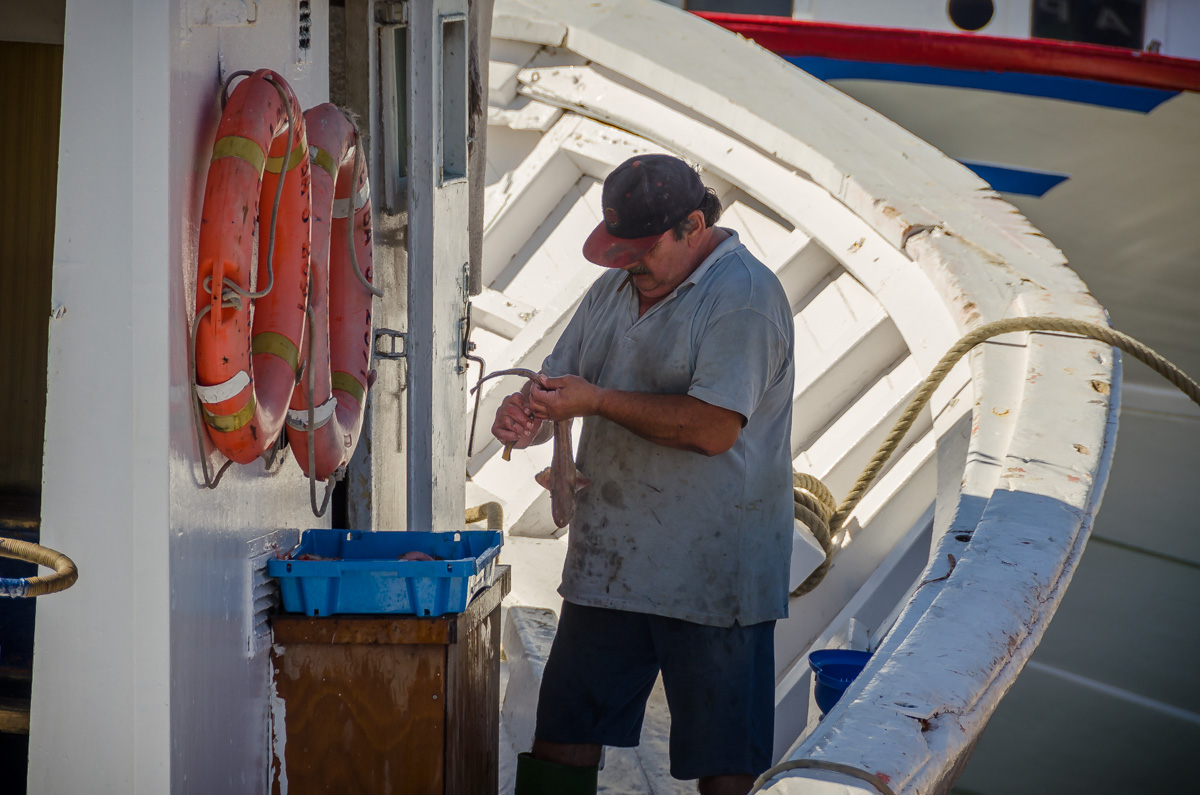 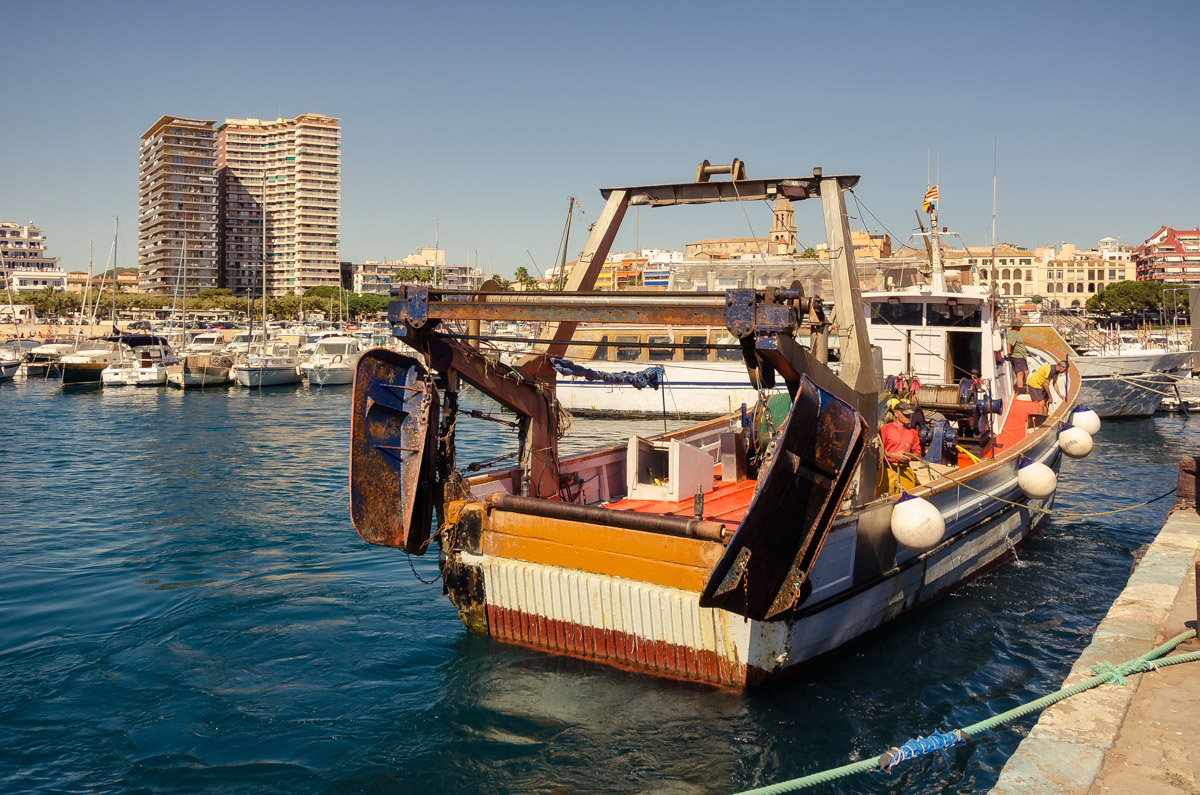 The crew gets to unloading and then drives with their catch towards the market. 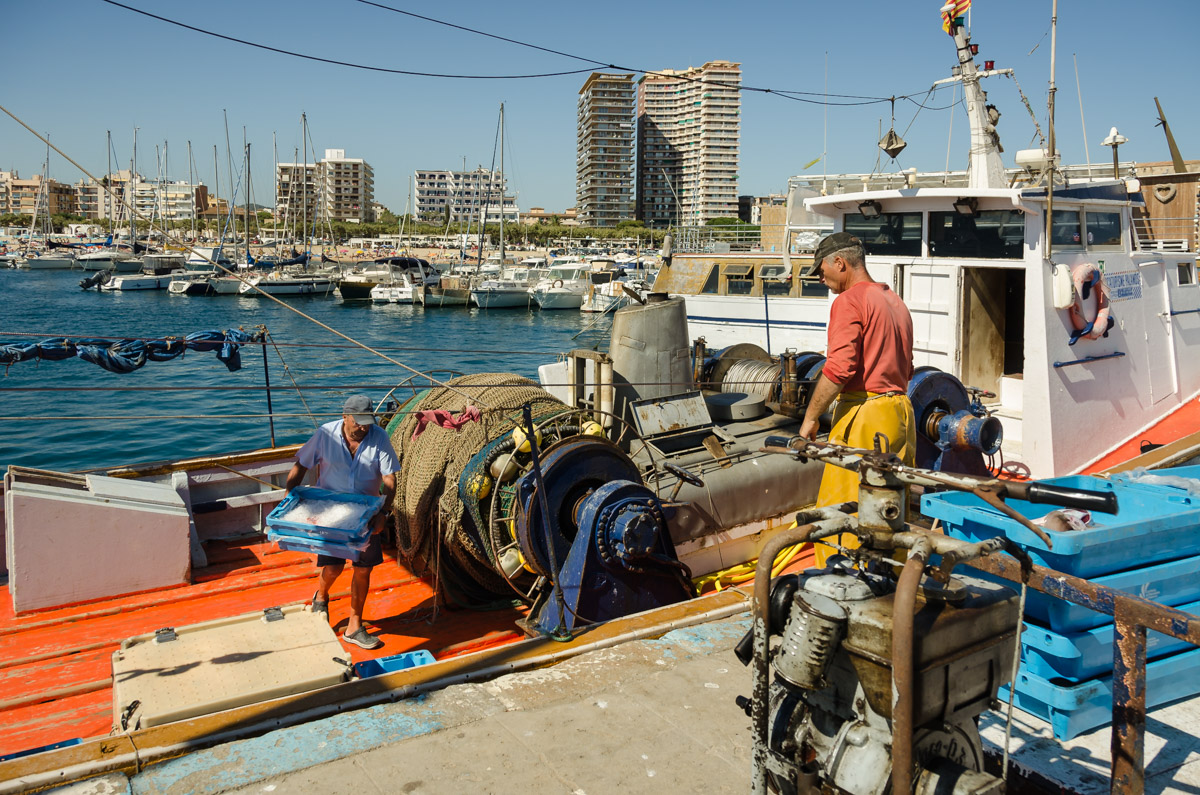 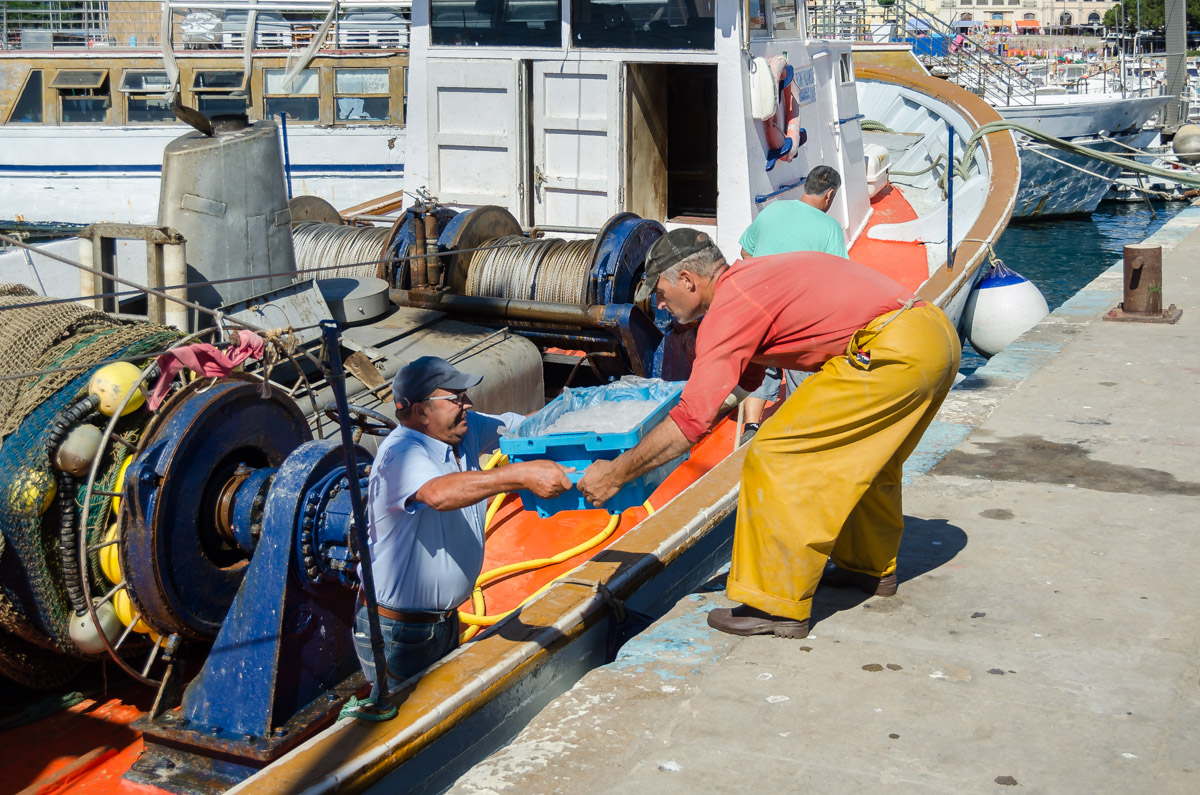 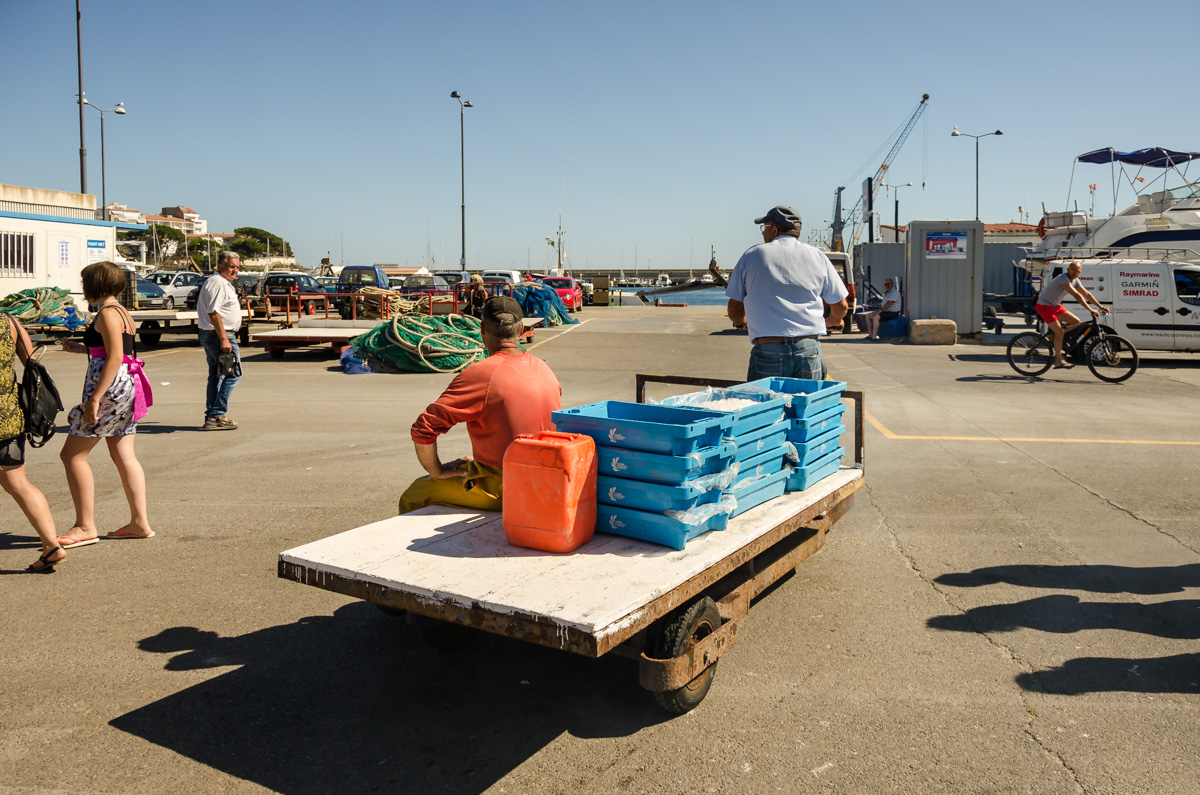 The market packs a wide range of offerings into the space the size of a half a basketball court. 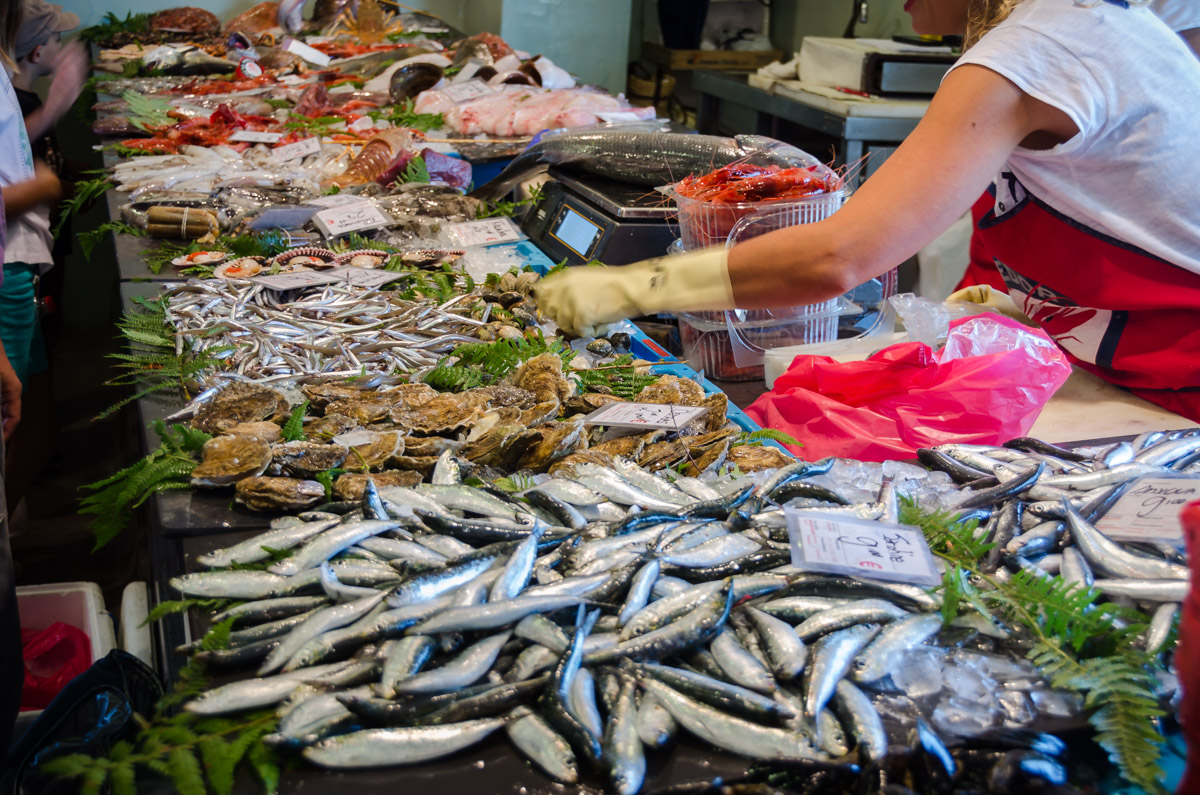 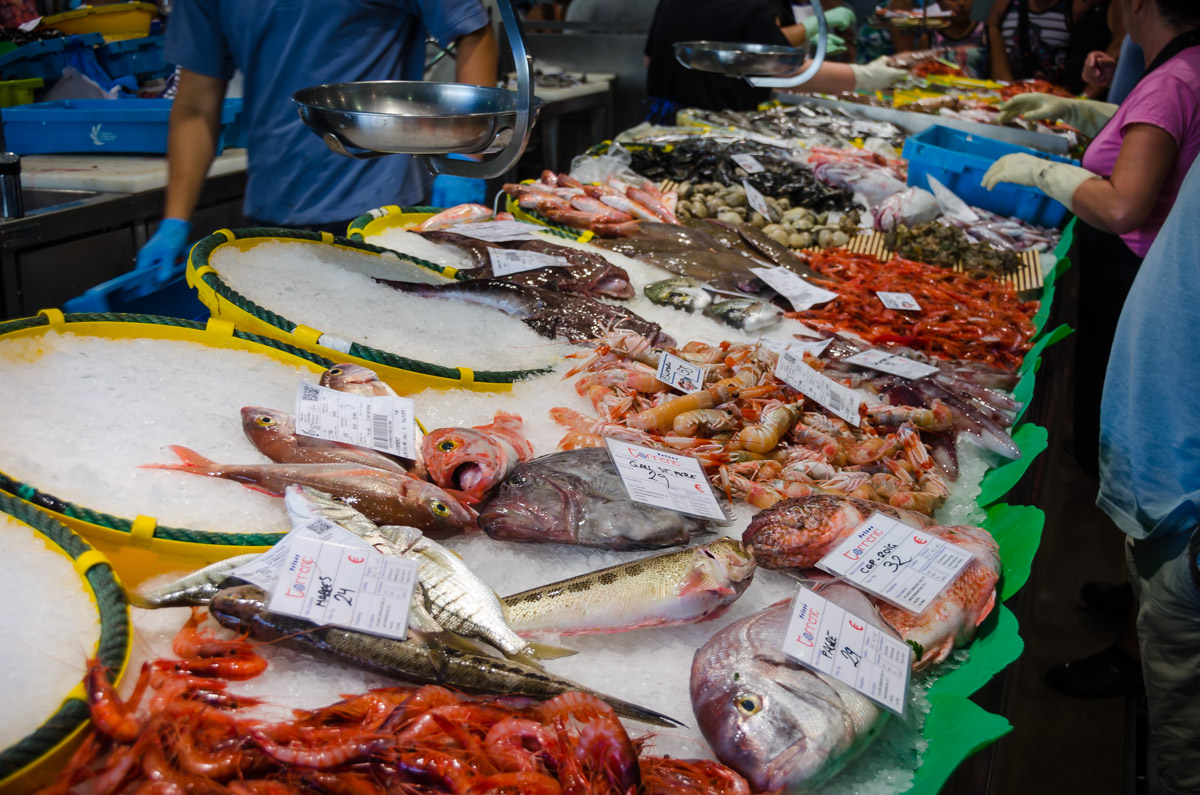 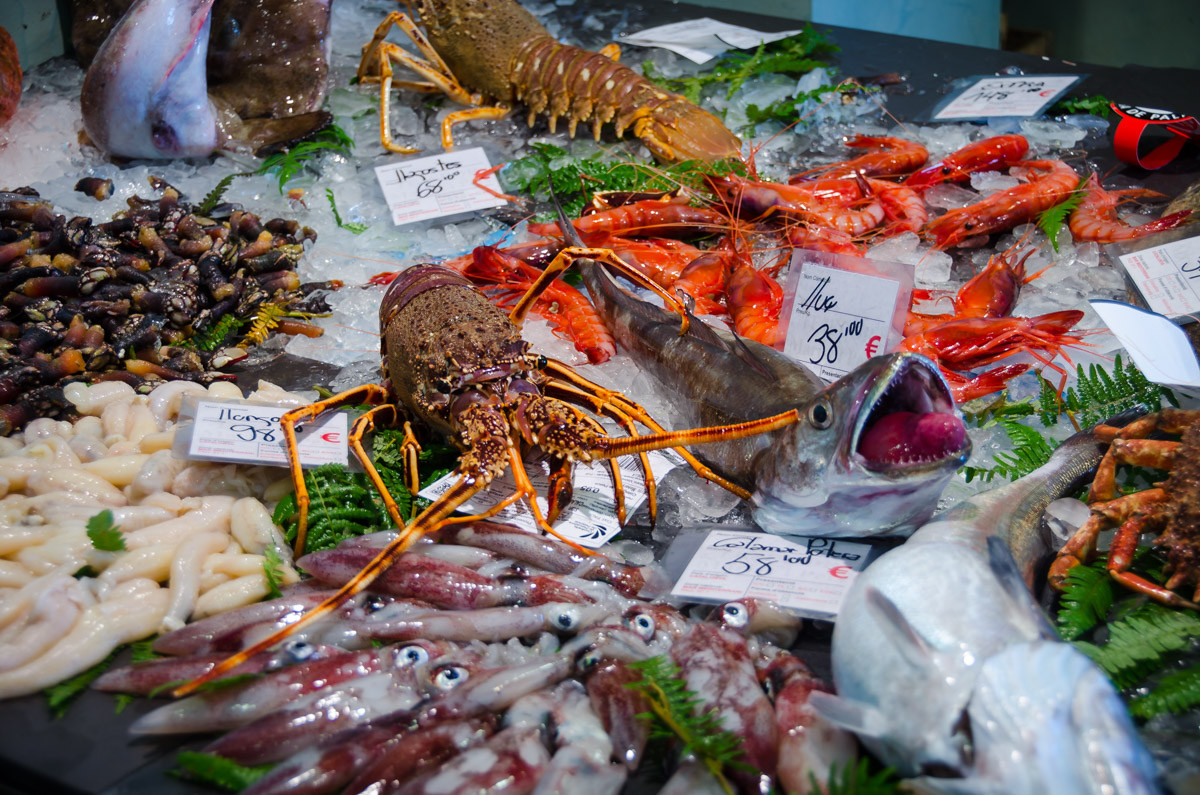 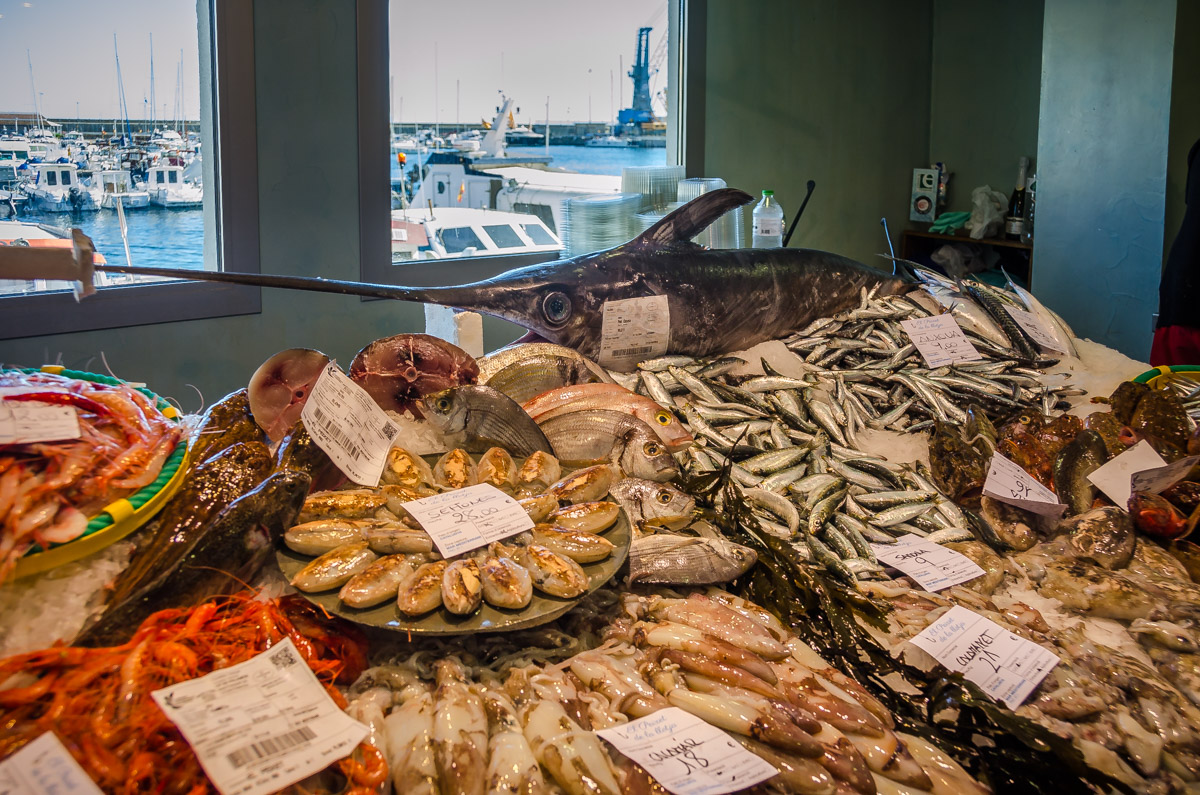 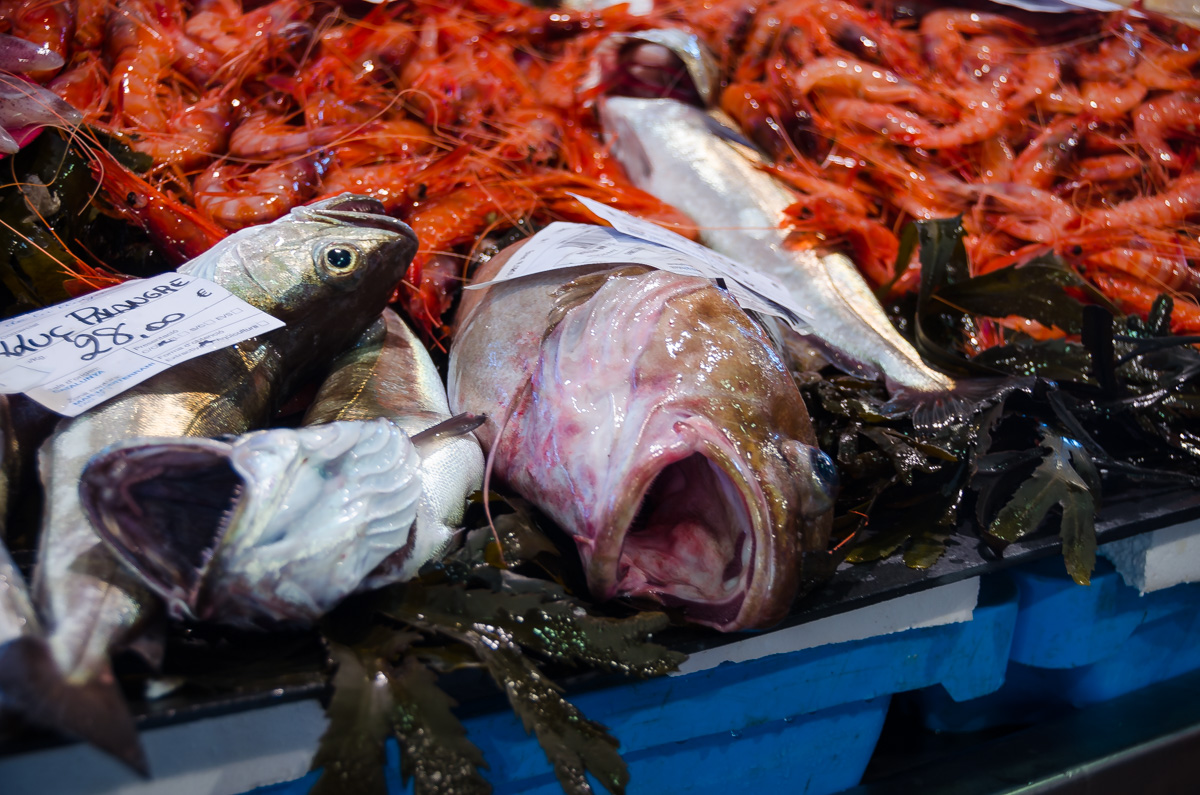 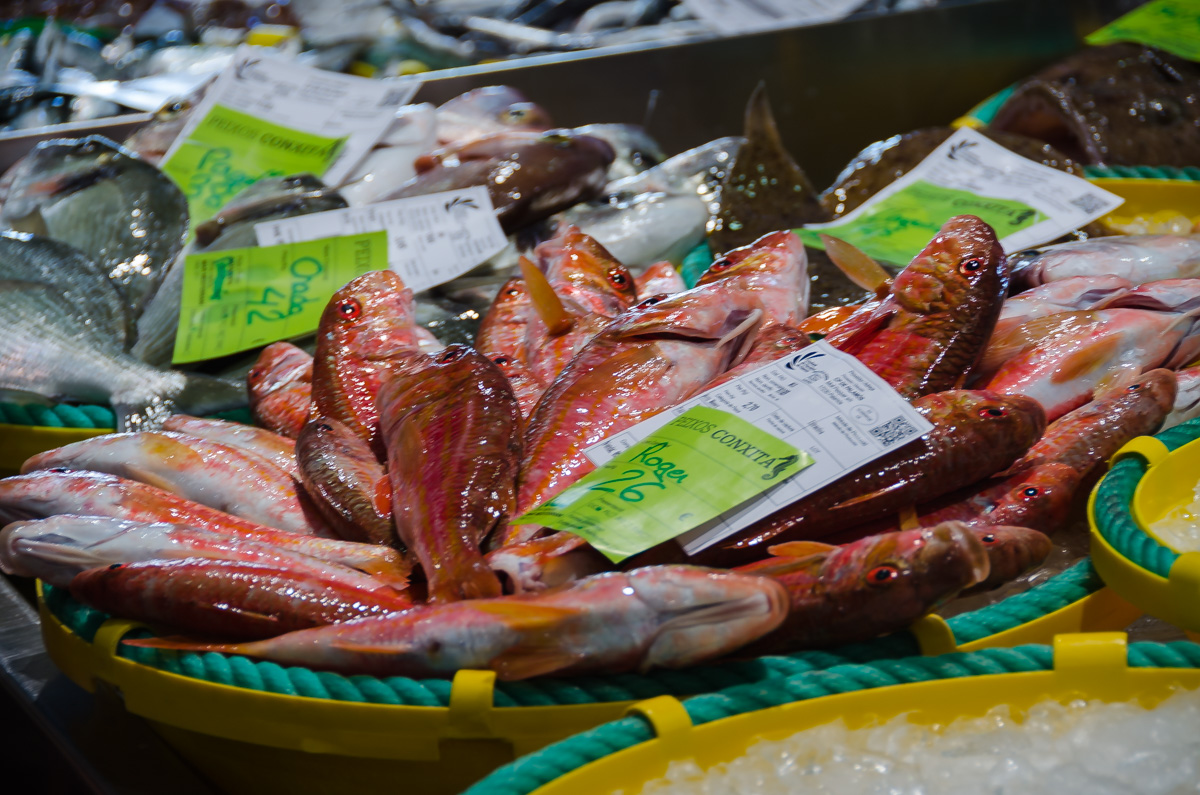 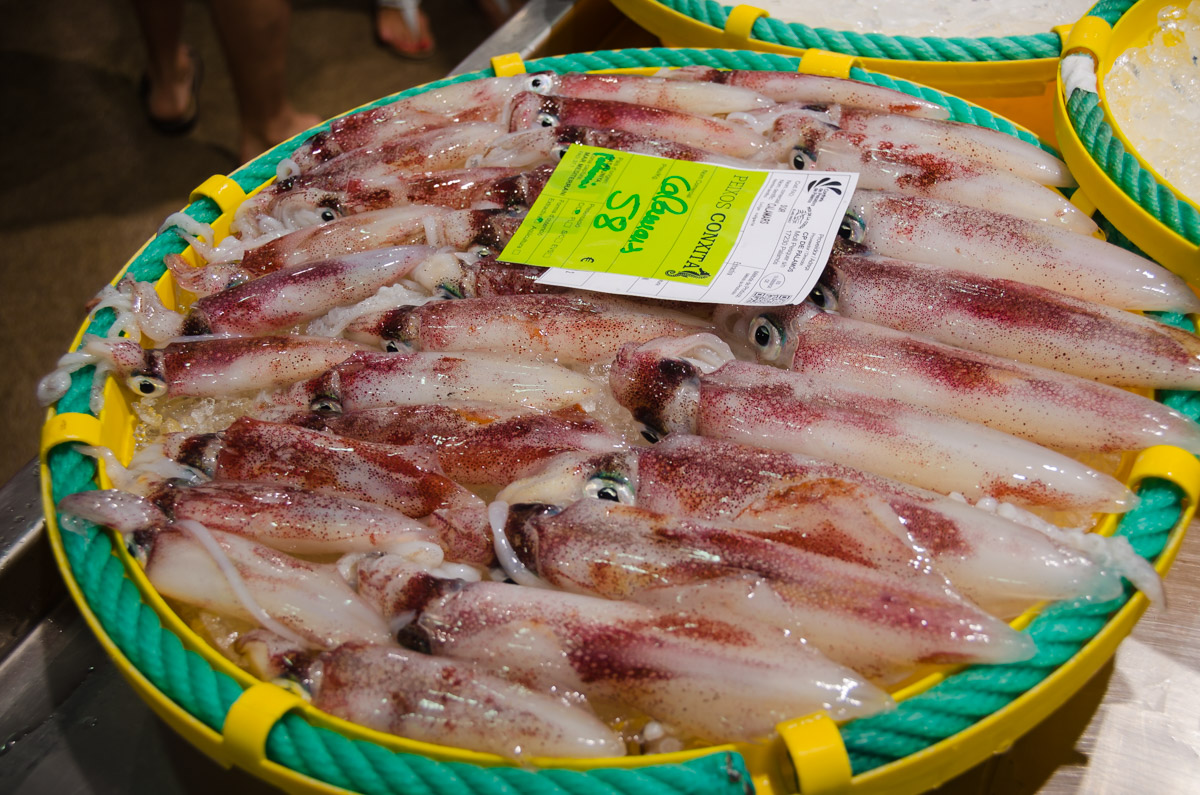 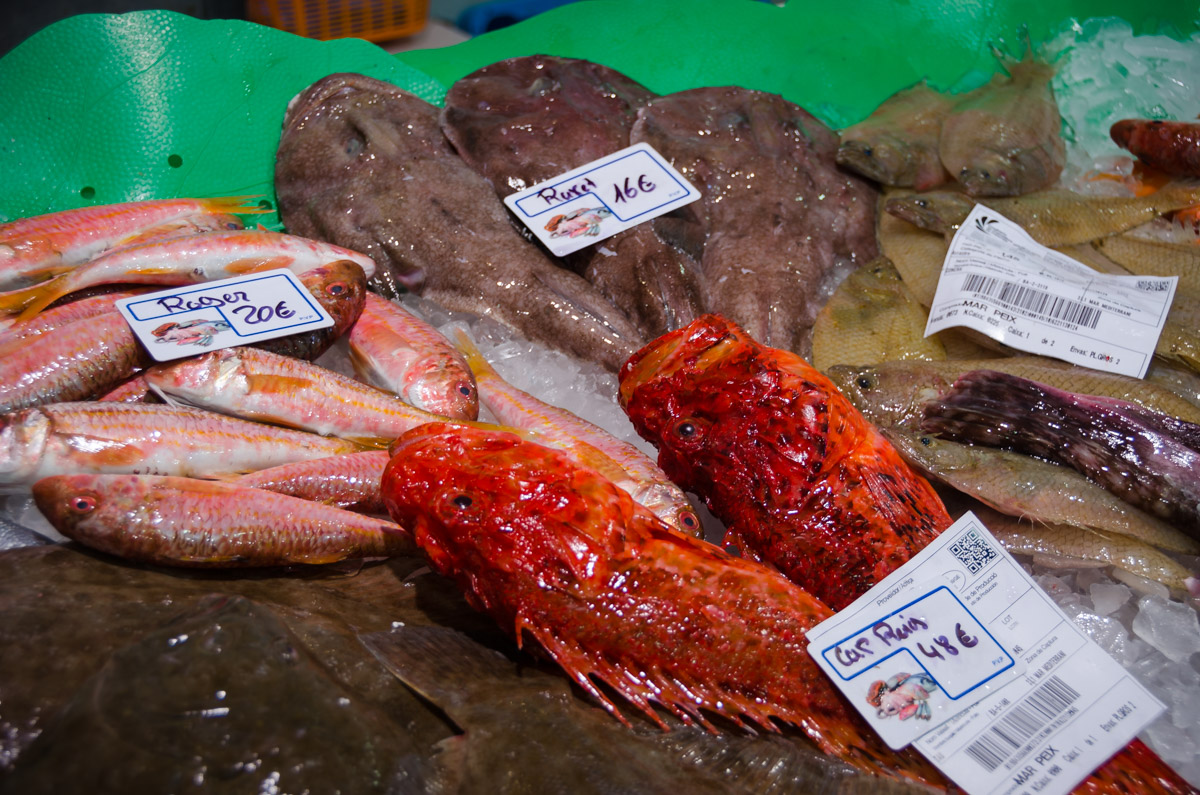 The port at Palamós coexists with a large marina and a long public beach. 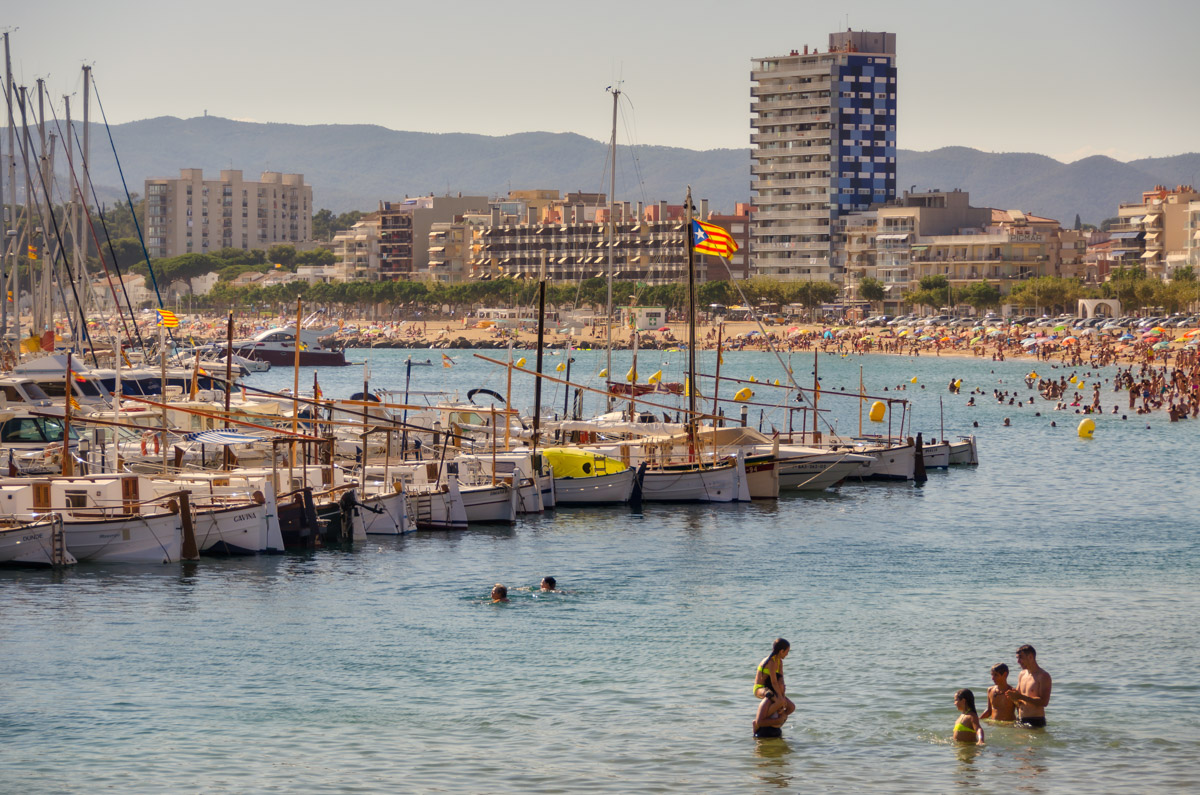 Away from the beach, there are colorful pedestrian streets in the town core and the dominating church of Santa Maria Del Mar that is worth checking out. 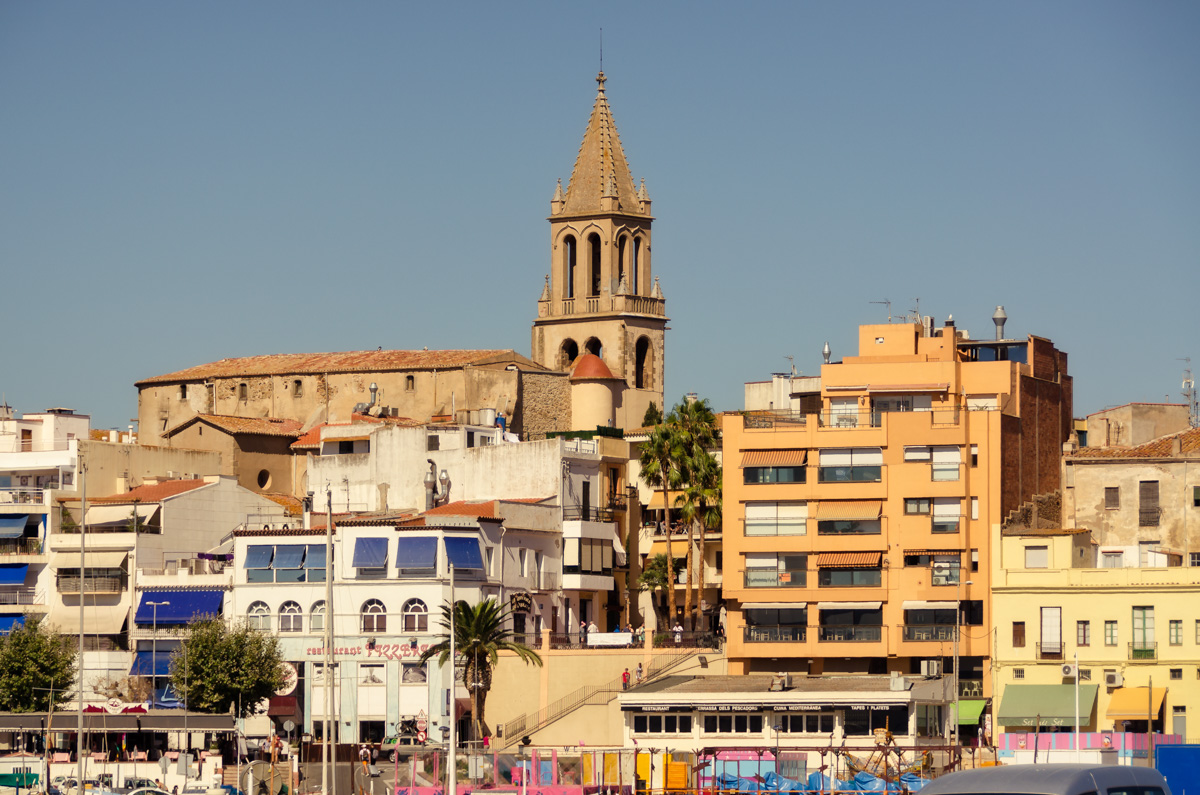 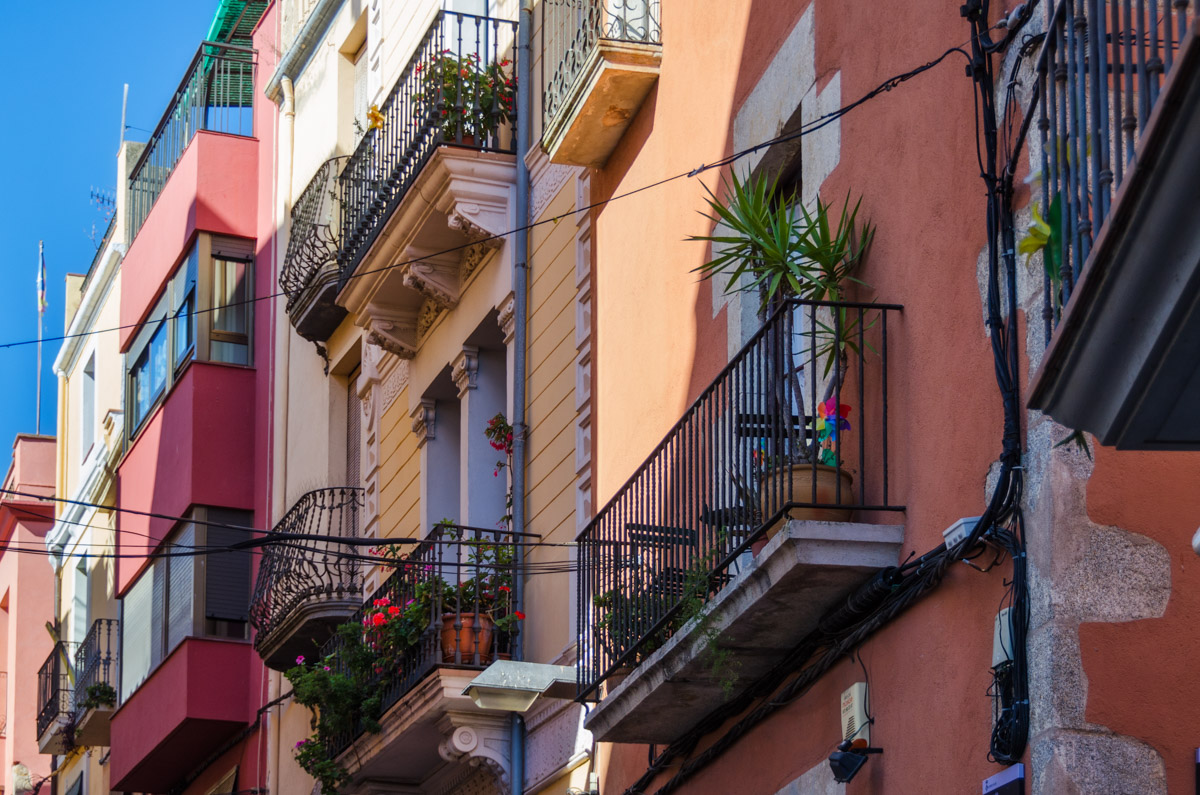 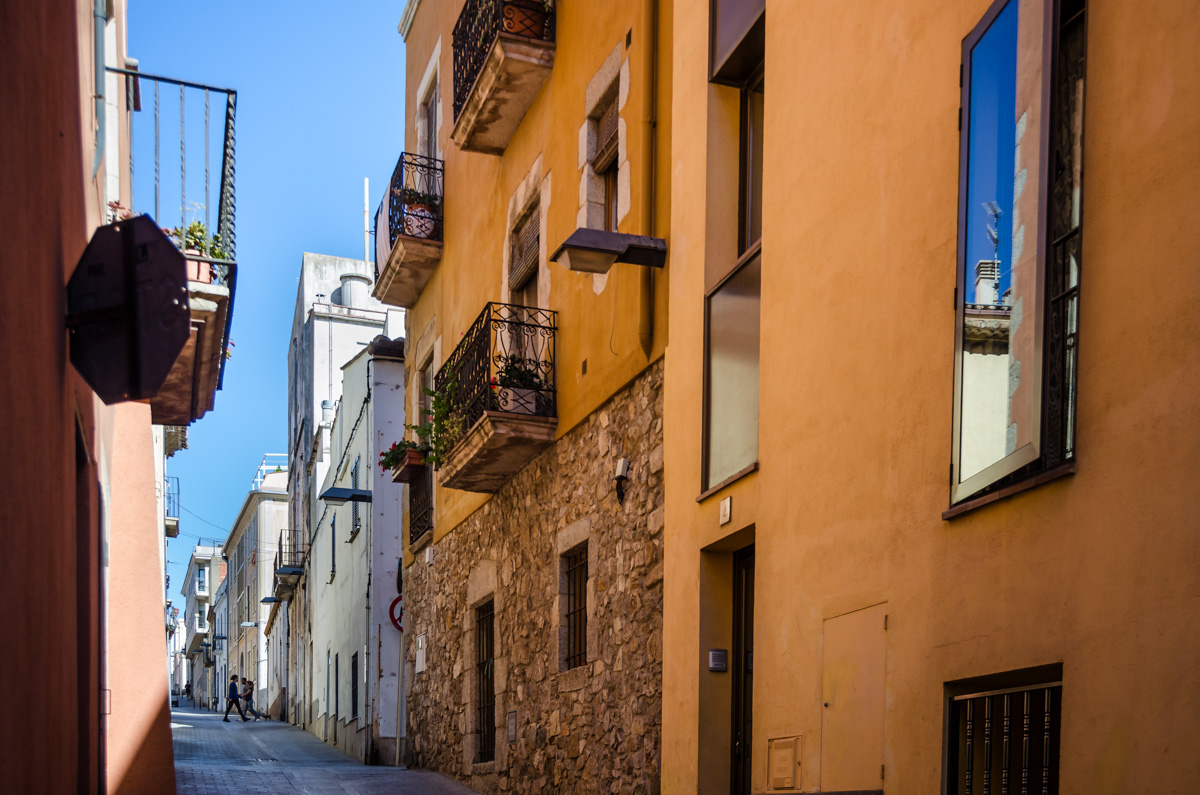 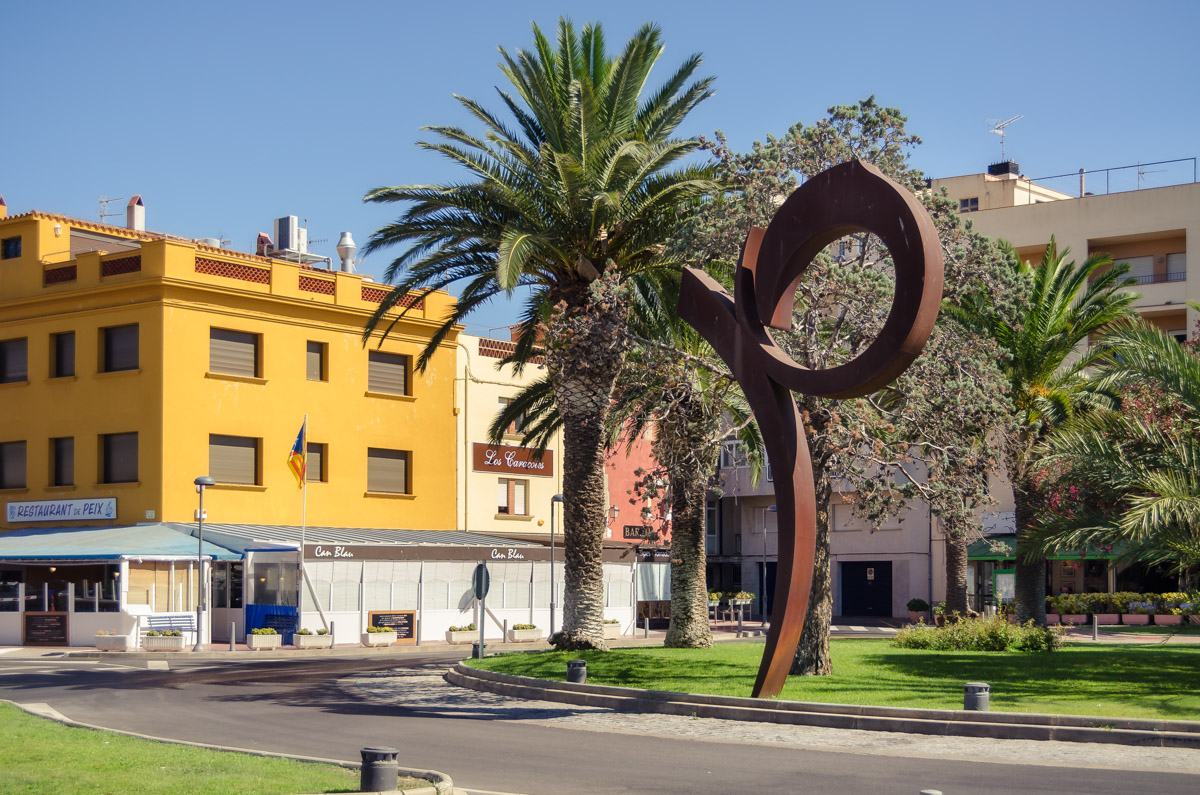 Some street corners in the historic town center are adorned with this sign that I assume is meant to denote the path for drunken sailors to get back to port and their boats. 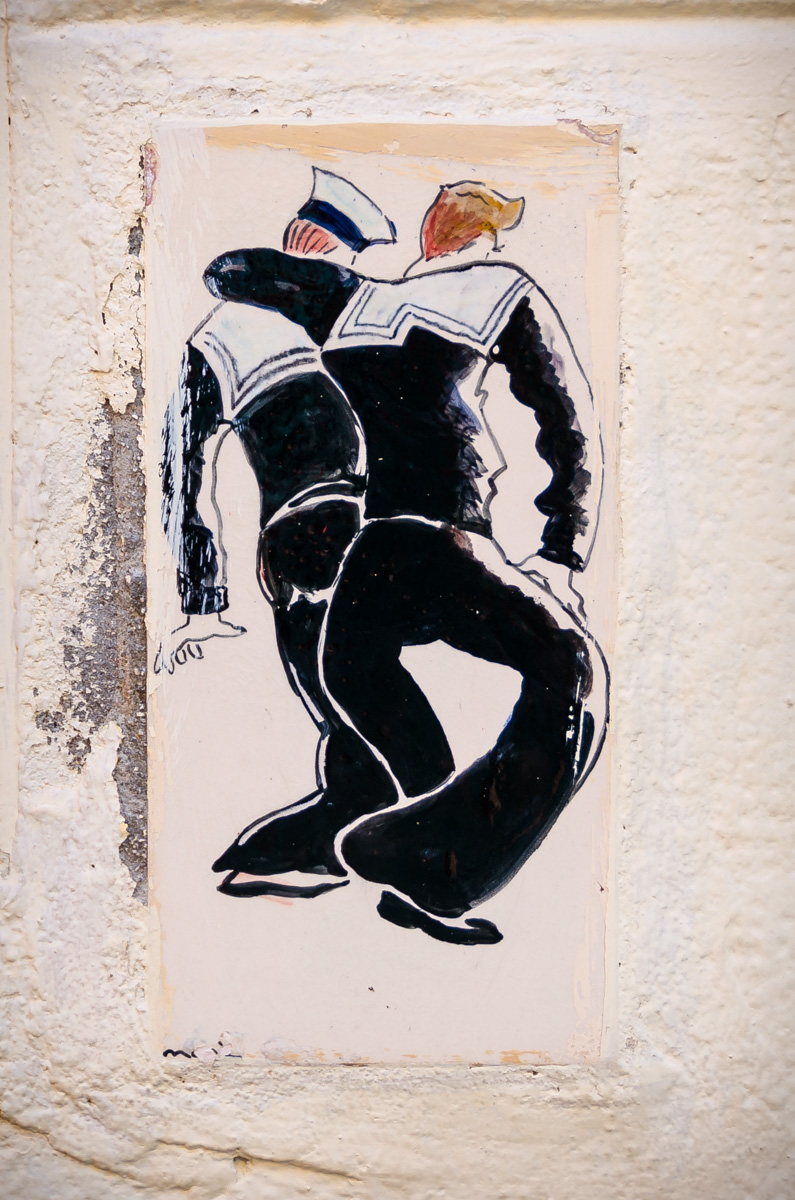 We were not nearly at the required level of inebriation when we were leaving, so I have no first-hand evidence of how effective the signs are in directing those in need.

Palamós probably warrants more time for exploration than just a couple of hours on a single afternoon. The Fishing Museum likely adds context to what we observed on our own, and its L’Espai del Peix gastronomic experience offers cooking demonstrations, hands-on workshops, and tastings. We did not visit either, which gives us a target for a sometime return.