There are properties on the World Heritage list that have words “cultural landscape” in their name. These sites are relatively large areas whose history and development was directly influenced by the features of the landscape. The Andorran valley of Madriu-Perafita-Claror is one such site, offering an insight into how people survived and even prospered in this part of the Pyrenees. The boundary of the recognized property lies a few minutes up the mountain road from Andorra La Vella, and I was already in town.

Having parked the car by the side of the aforementioned road, I started my hike up the mountainside. 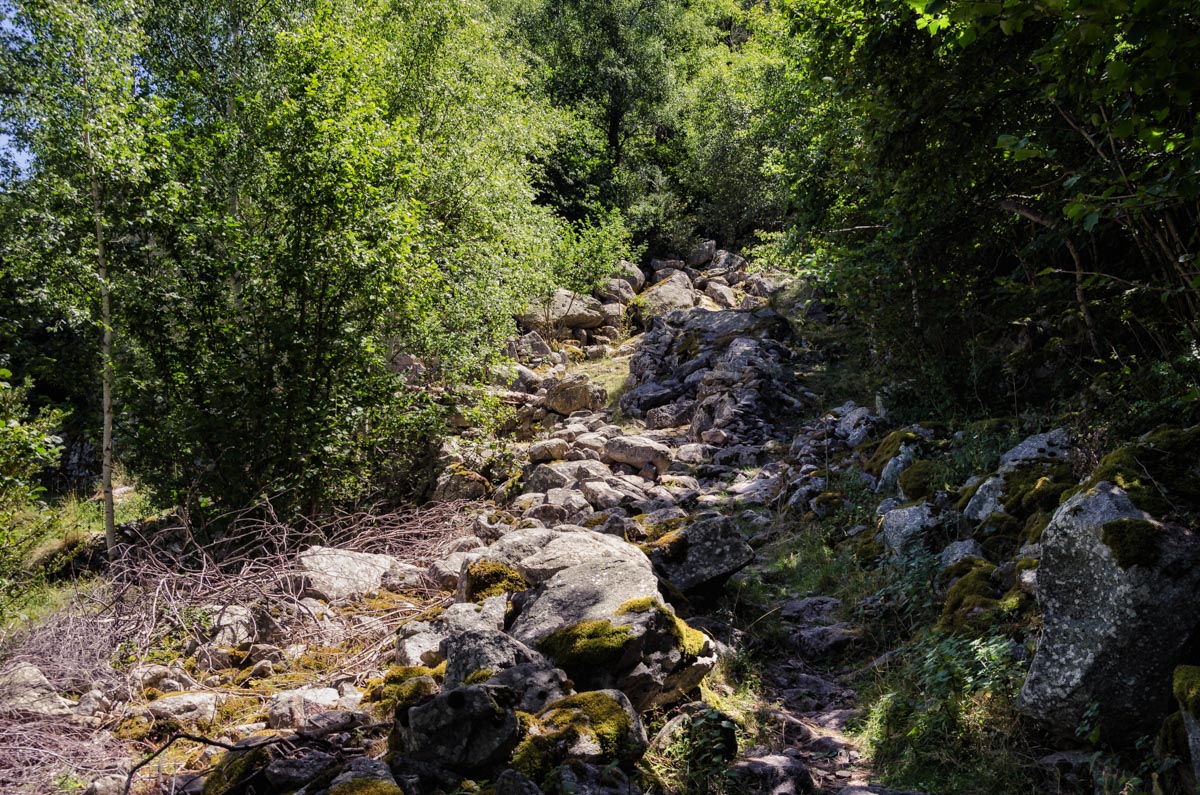 For about an hour or so all I saw was the stone path and the surrounding greenery. The path varied in steepness but continued upward. Sometimes, a trickle of a mountain stream crossed the way. 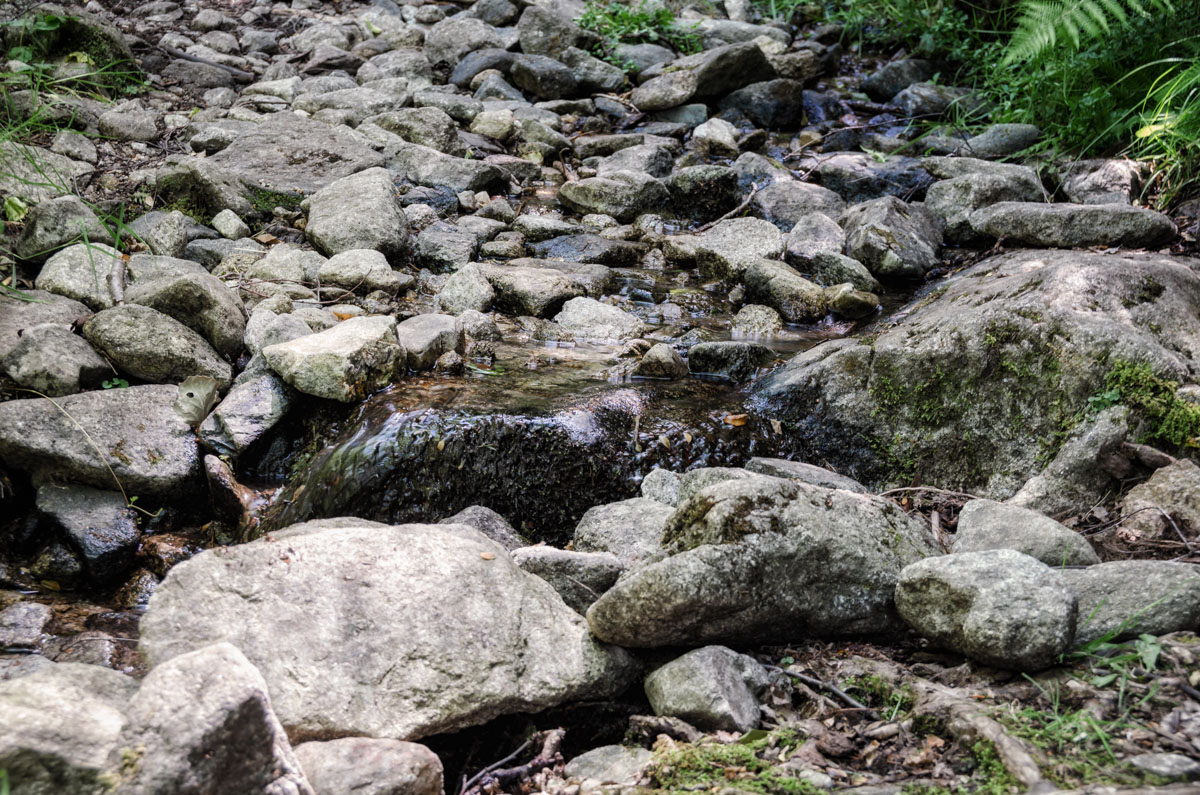 Eventually I came up to a clearing with a standalone building. There was no signage to suggest if it had any historic significance. 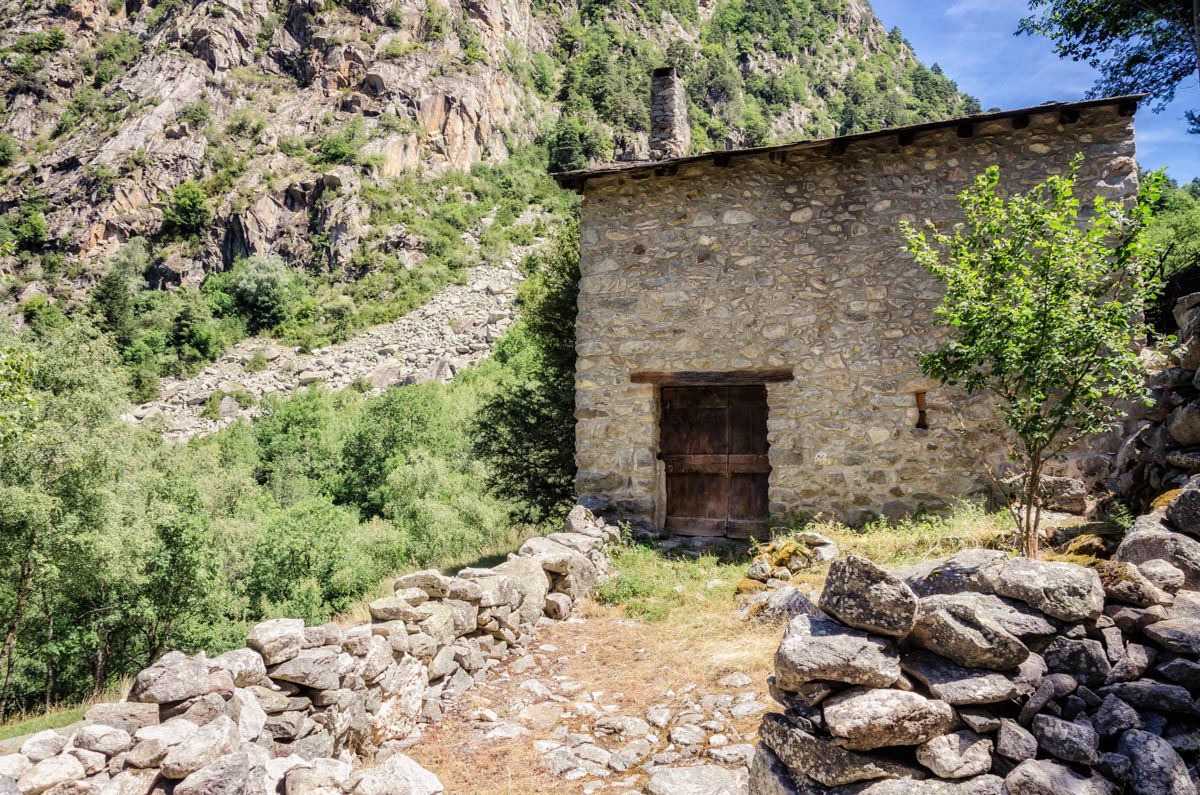 It may have been a storage shed or a ranger station. Sturdy and simple, it gave little away in terms of its age. It did offer an opportunity for several perspectives. 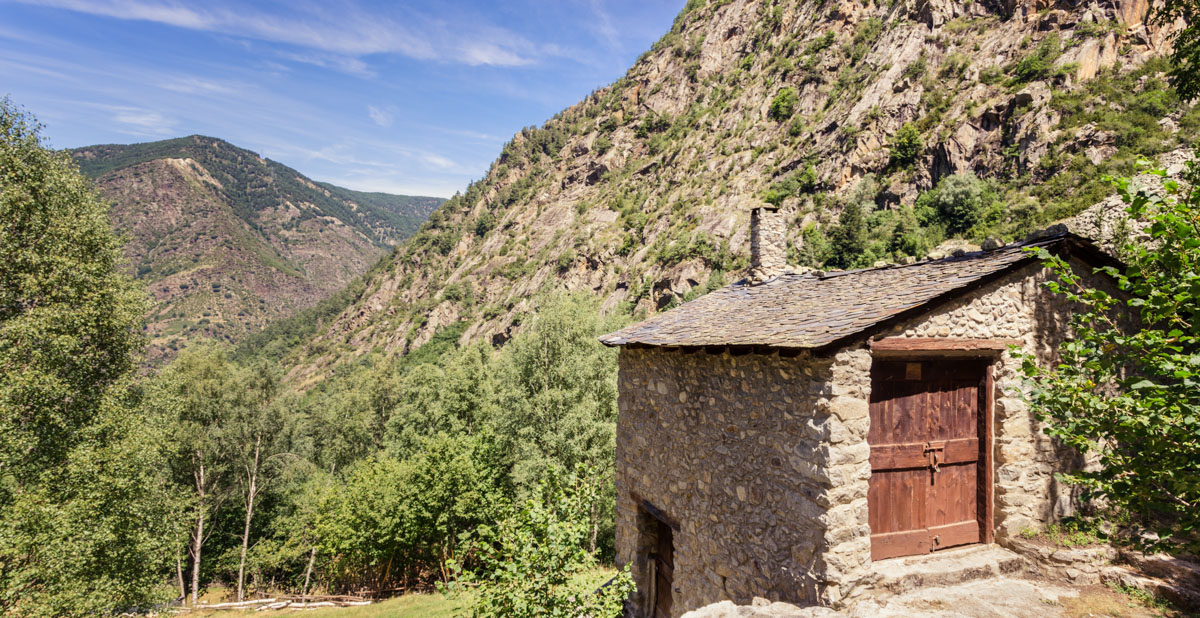 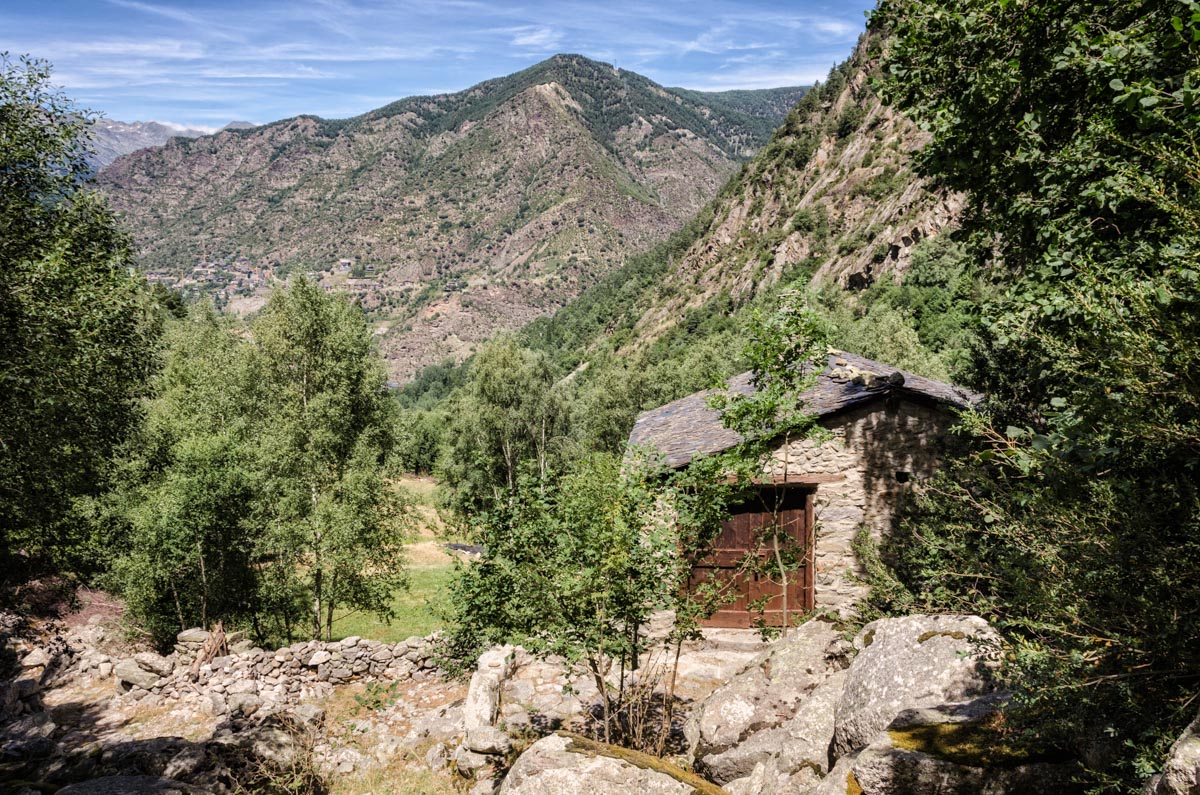 The path continued further upwards. Eventually, my reward for persevering was the sight of a small waterfall. 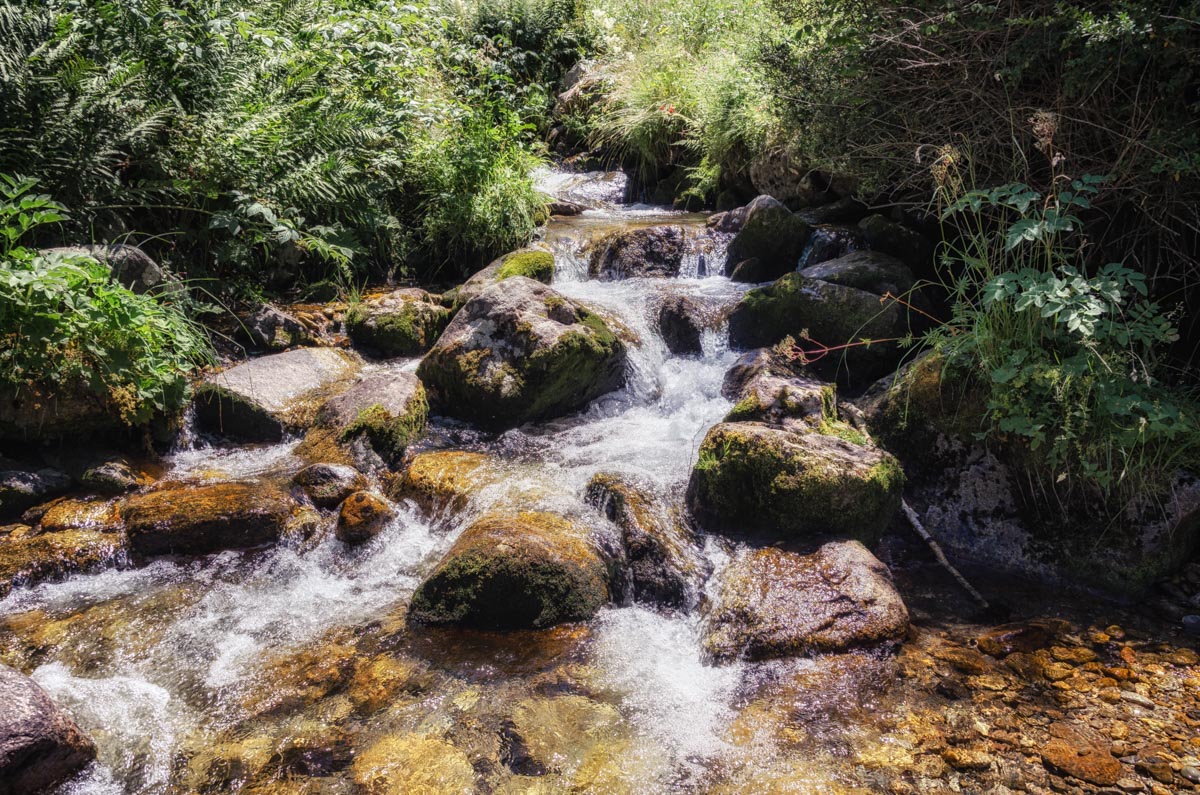 I dipped various parts of my body into the cool water and lingered for a while, occupying myself with the study of the flora and fauna by the edge of the water. 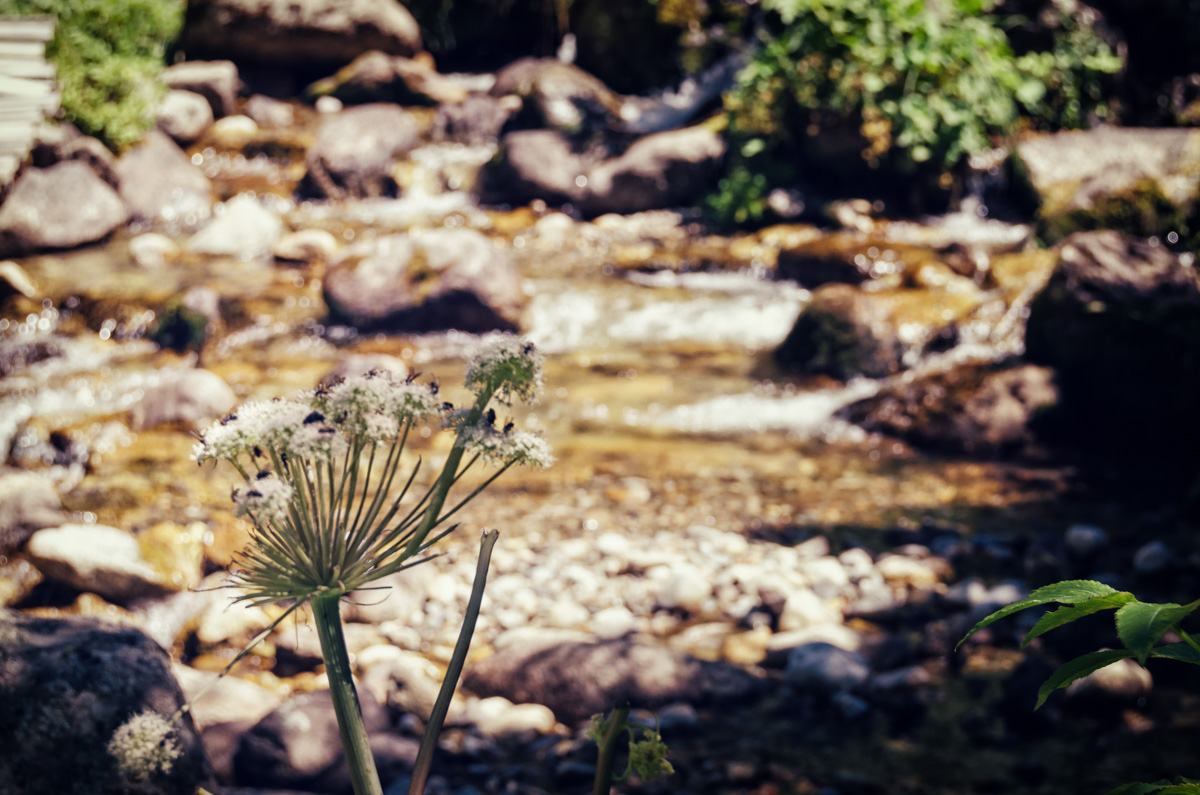 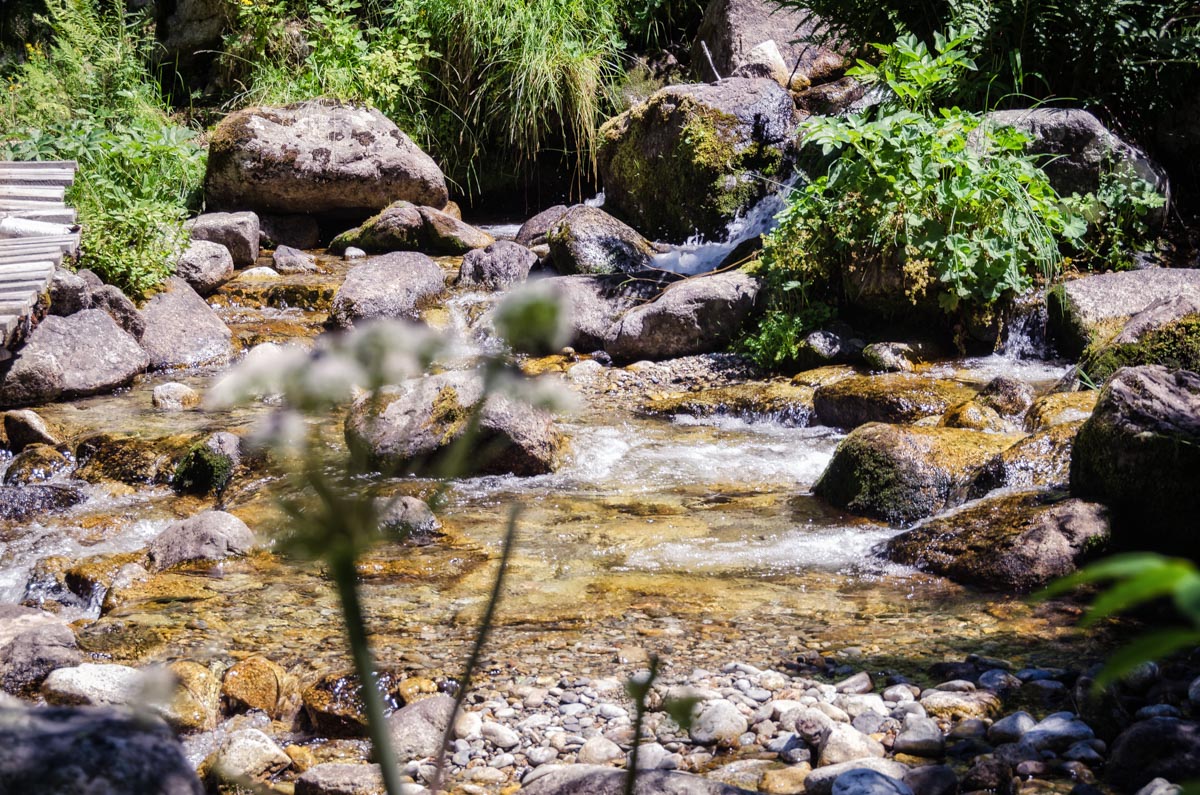 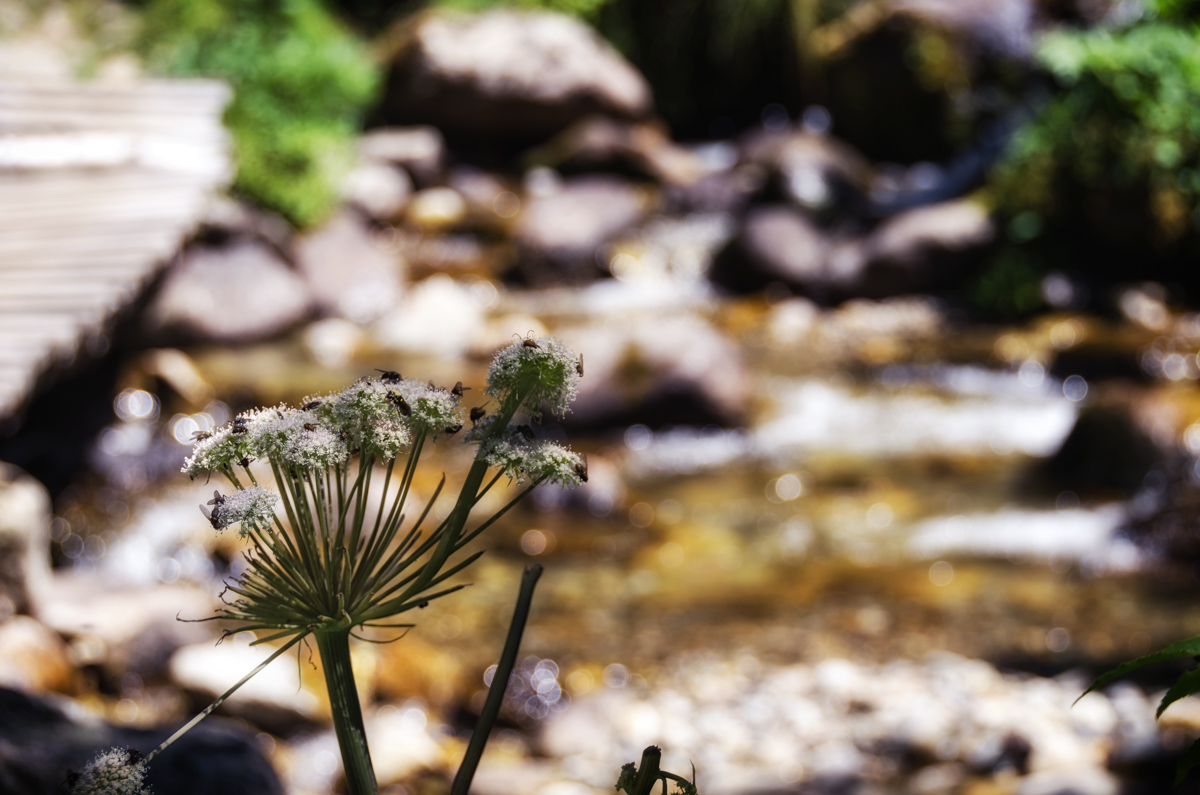 After that I turned around and made my descent towards the car.

And that’s it, you ask? A stone path, a stream, a shed – where is the World Heritage in all of that?

Well, the truth is that I did not actually get to the valley. Had I continued onward, I would eventually descend to the valley floor and discover settlements and terraced fields that form the basis for UNESCO recognition. Doing that required either a commitment to overnight camping or a much better physical prowess to cover several miles of mountain terrain and back in one day. I had neither.

So I am slightly stretching my own rules for counting World Heritage sites as “visited”. I spent a couple of hours inside the boundaries of Madriu-Perafita-Claror valley and made a concerted effort to see it up to the limits of my own ability. I am actually pretty proud with how I held up. This is enough of a justification to add the site to my count.

Why am I even deliberating this with you?! This is my list – I make the rules, I bend them as I see fit!

For lovers of nature and hiking, exploration of the area can be easily extended over the course of a couple of days.