Back from Costa Brava

We always have memorable vacations. Whether it is through mixing detailed planning and potential for spontaneity, combining specific destinations and experiences with periods of pleasant idleness, or simply being lucky with hitting mostly the right notes, we are hard pressed to recall a trip that did not leave positive impressions. We occasionally experience days that are not entirely successful, due to disagreeable weather, or unmatched expectations, or some other reasons that may not be entirely in our control, but such days happen no more than once on a given trip and each is completely outweighed by the wonderful rest of the journey.

But even by our lofty standards, this year’s trip to Costa Brava was exceptional. The company was outstanding, familiar – but a few years removed – location offered certain comforts with minimal adaptation, sightseeing and beach-going alternated in just the right quantities, the weather was gorgeous throughout – we could not have had a better time!

Shorter trips interspersed with periods of idle contemplation, so we managed to see a number of picturesque towns and villages within short distance of our base, some of them visited in the past, others for the first time.

I took a significant amount of photographic shots which will take me some time to get through, as always. My faithful audience has over a dozen of photo-essays to look forward to over the course of the next few months.

For an introductory taste, here is a rainbow over the sea seen on the day of our arrival two short weeks ago. 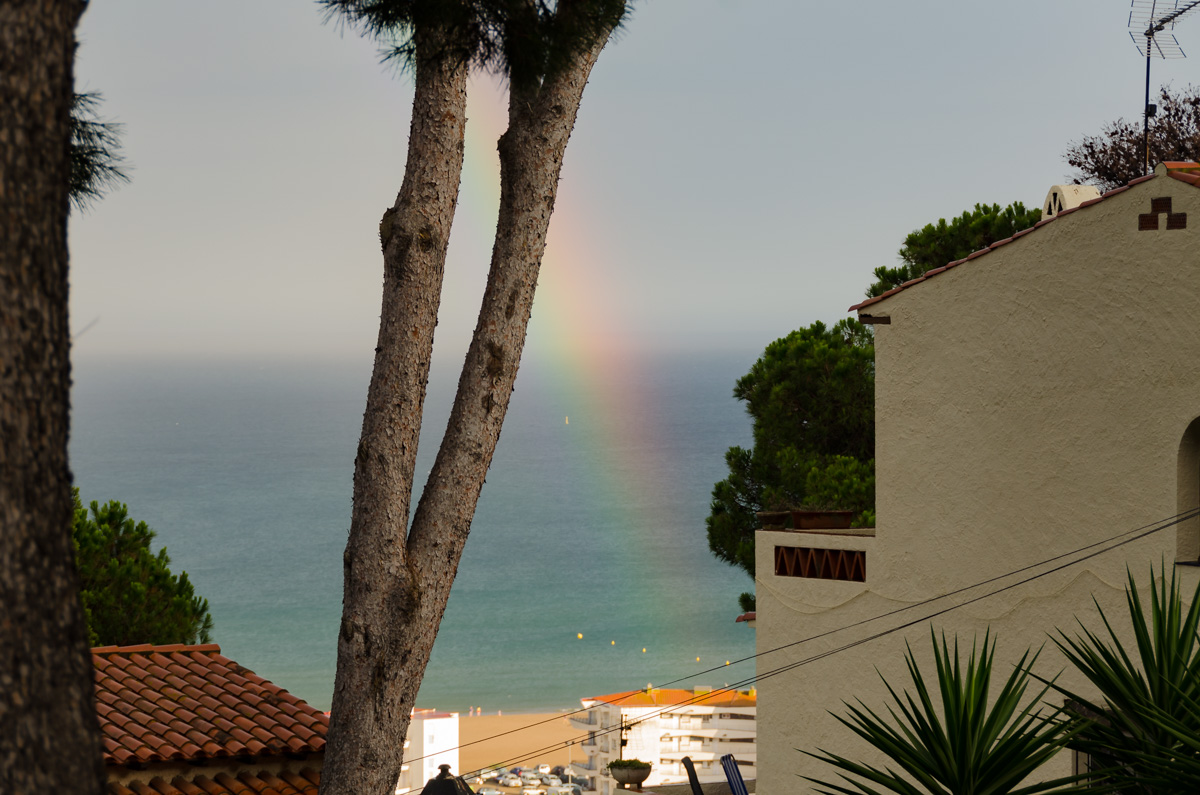 Within 24 hours of returning back home I encountered two of my biggest pet peeves: Drivers who stay in the left lane no matter what and strangers who shout obscenities at each other for an imagined offense. Boy, do I love these great United States of ours!