A place in my memory: Blackheath

If you did not come to visit us during our years in England, it is unlikely that you ever did or will set foot in Blackheath. At the edge of Greater London, it lies beyond major tourist routes. In my recent London guide, I did not mention it as a possible destination for a trip further afield. But while we resided in Southeast London, we regularly made Blackheath the destination for family outings and took our visitors there as well.

There are two key parts to Blackheath. One is the concentration of shops and restaurants on converging sloping streets in the center of the village. The other is the Heath itself – a vast open meadow abutting Greenwich Park on one side and the village on the other. It is crossed by a couple of major roads and several walking paths and every few months or so it hosts some fair or a celebration, including annual fireworks on Guy Fawkes Night. 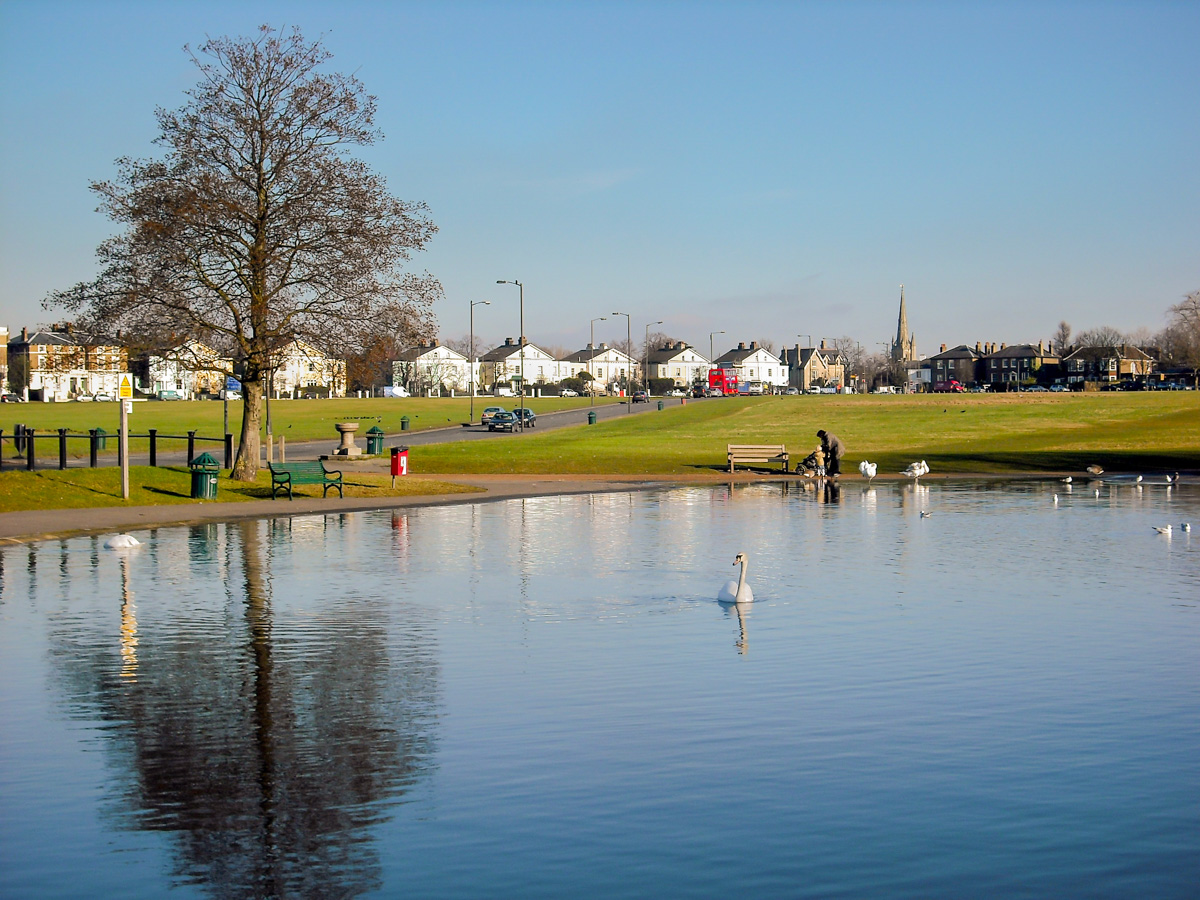 This picture takes in the easternmost corner of the heath, with the little tranquil pond playing counterweight to traffic on Prince of Wales Road. The houses in the distance stand on very busy Shooters Hill Road – we once considered an apartment in one of those but decided against it. The spire in the distance belongs to St John’s Blackheath, and a stone throw from that is the school where Becky spent three fantastic years. The center of Blackheath village where all of those shops and restaurants are is behind and to the left of us in this perspective.

We did not live in Blackheath but wanted to. We imagined daily strolls around the heath, stopping for coffee or ice cream at one of our favorite cafes, or going out for dinner at one of a few dozen restaurants within 5 minutes of walking whenever we desired. On three separate occasions we considered moving from our house a few villages over, but imbalance of space and cost ratio always stayed our hand. It remains our biggest regret from the time in England that we prioritized relative comforts of dwelling at the expense of better location.

But if I have to explain to a new acquaintance of British extraction where I lived in London, I often say “near Blackheath”. It is as close to being home as a place can be without having officially been one. Its special place in my heart is set forever. And when I am in London as a tourist next time, you can be sure I will set foot on the heath again.