Another postcard from Oslo

This picture of the Royal Palace in Oslo proves that sometimes you can get a postcard-quality shot with practically zero effort. When the skies are radiant and the colors are dazzling, all you have to do is press the shutter button. 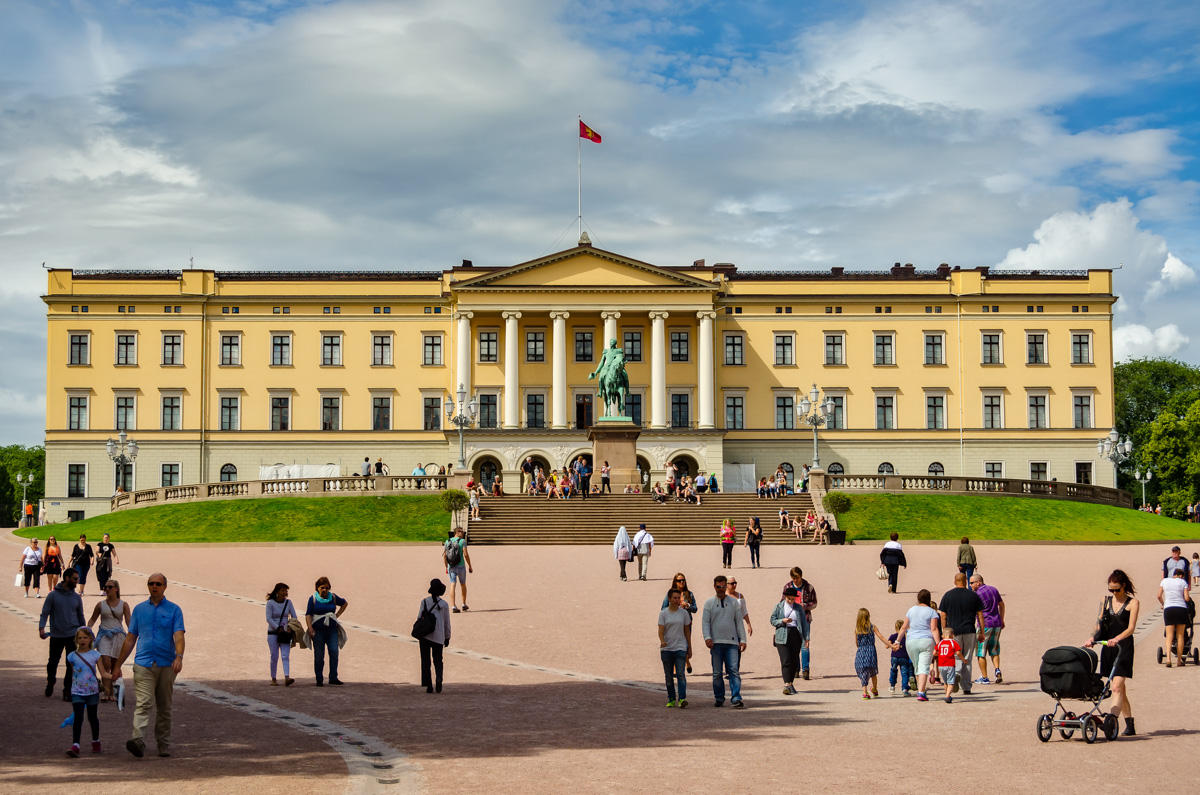 The palace offers timed limited-number-of-people guided tours, of which only a few a day are conducted in English. We were not betting much that we could catch one without an advance reservation, but we wanted to try. When I have a specific goal in mind, I tend to prioritize getting there over anything else that I might encounter on the way. So, although we made frequent stops along our route to take pictures, each of the stops was of the quick point-and-shoot variety.

Walking onto the Slottsplassen was not much different. This was an obvious perspective to snap. The settings were already dialled in for capturing cityscapes on a bright sunny day. It took me half a minute at most to get my customary several exposures of a single perspective and to continue walking to the tour entrance.

Of course, my brain recorded the fact that I had already stopped for this picture. So, when we predictably found out that there was no chance in hell for us to simply walk in on the next tour, we did not return to the same spot for more deliberate photography. In fact, we bypassed that spot on either of the subsequent two days that we remained in Oslo, despite the fact that we returned to the palace after having had made online reservations for the English tour for the following day (which, by the way, was one of the most informative and engaging royal palace tours on my memory anywhere).

Back home, in post-production, I had to accept the fact that I could not remove the people in the foreground using only a handful of exposures taken in quick succession. Had I stayed in the same spot for 3-4 minutes and allowed people to move further between shots, I might have easily cleaned up the photo using Photoshop’s Median Stacking algorithm. With the exposures I had, I could only remove some people via basic layering and masking, which was not worth the effort.

Then again, maybe it’s a good thing. I did very little processing in the end. The scene was vibrant as it was – all I had to do was boost the colors a bit. The end result is this marvelous reminder of our time in Oslo.