On a recent sunny Sunday afternoon I was able to close one of the gaps in my World Heritage portfolio – re-visit and properly photograph the Independence Hall, the site that is the second geographically closest to me.

The principles of freedom and democracy enshrined in the Declaration of Independence and the US Constitution, both signed in this building in Philadelphia, are of obvious universal significance and form foundation of the Independence Hall’s World Heritage recognition by UNESCO.  Subsequently, there is very little to see at the site.  Yes, you get to step into the rooms where the momentous debates of 1776 and 1787 took place, but it’s all about being in that space rather than seeing anything remarkable.

Here is the oft-depicted frontal view of the building. 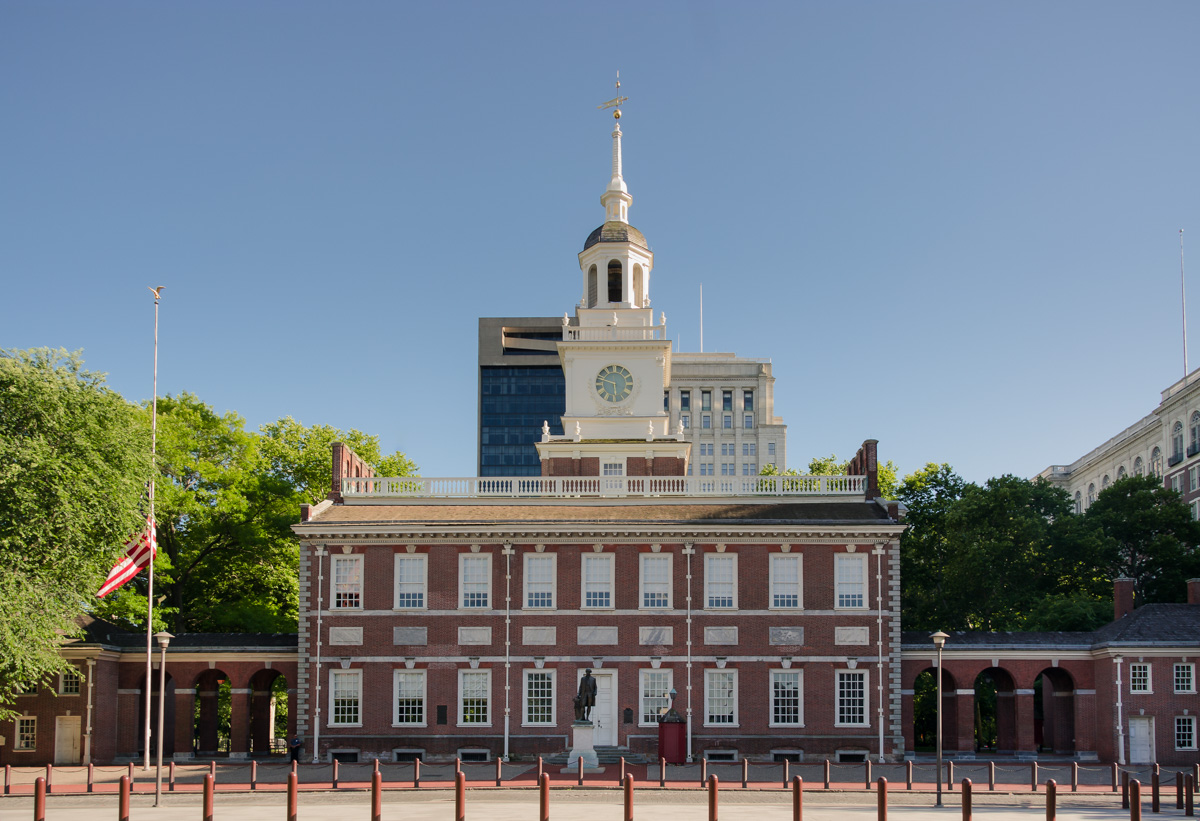 And a different perspective. 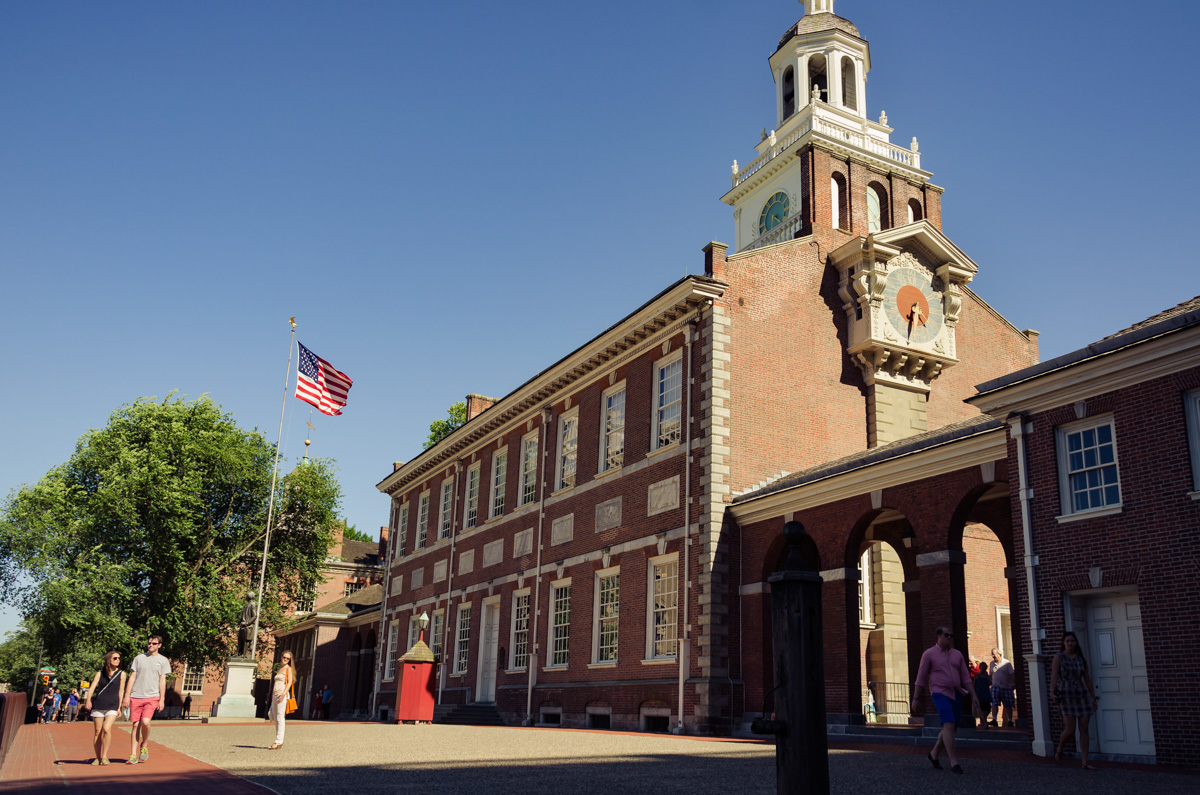 Once you get through the security line to step onto Independence Square, you get access to several buildings of which Independence Hall is the most important. The West Wing building contains an exposition with the replicas of the famous documents, while the Congress Hall is a historic legislative site of note.

The square is not large and does not offer any significant photo opportunities. Here is the main tower seen from the square. 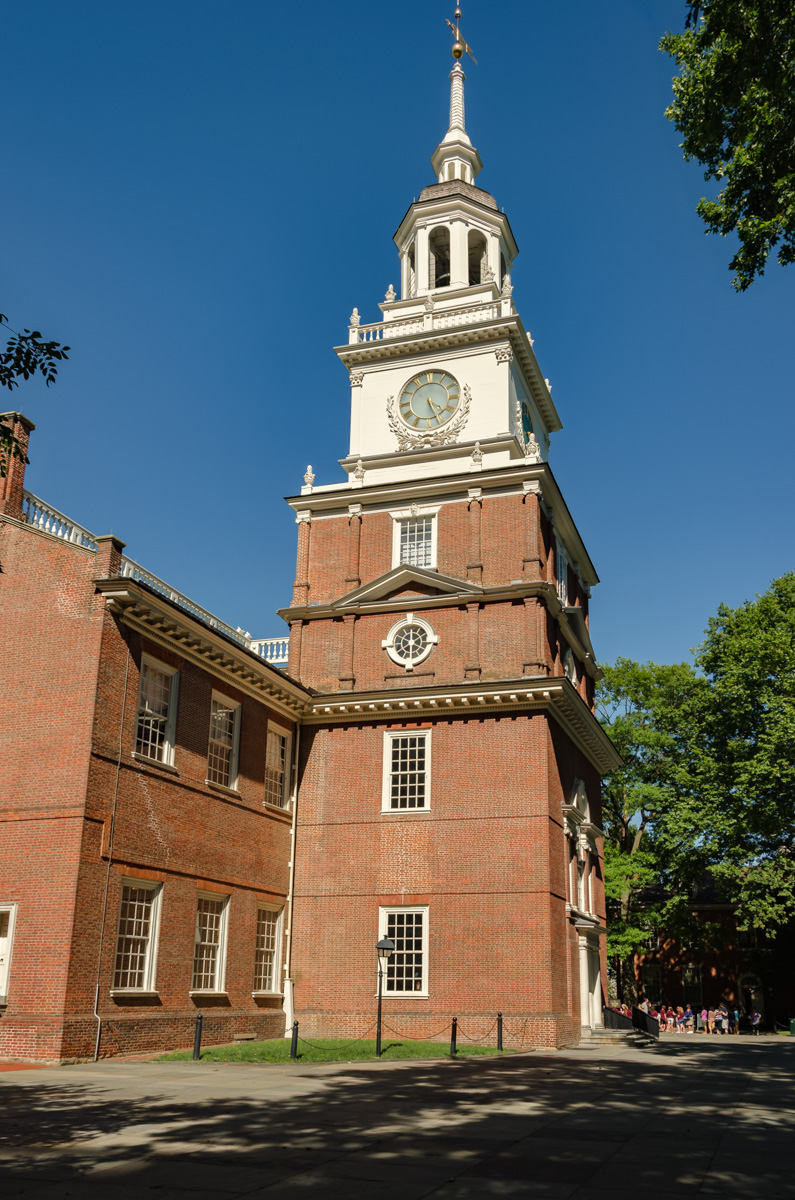 The main point of attraction is the Independence Hall itself, which consists of two rooms. This is the Assembly Room, where all of the major deliberations took place. 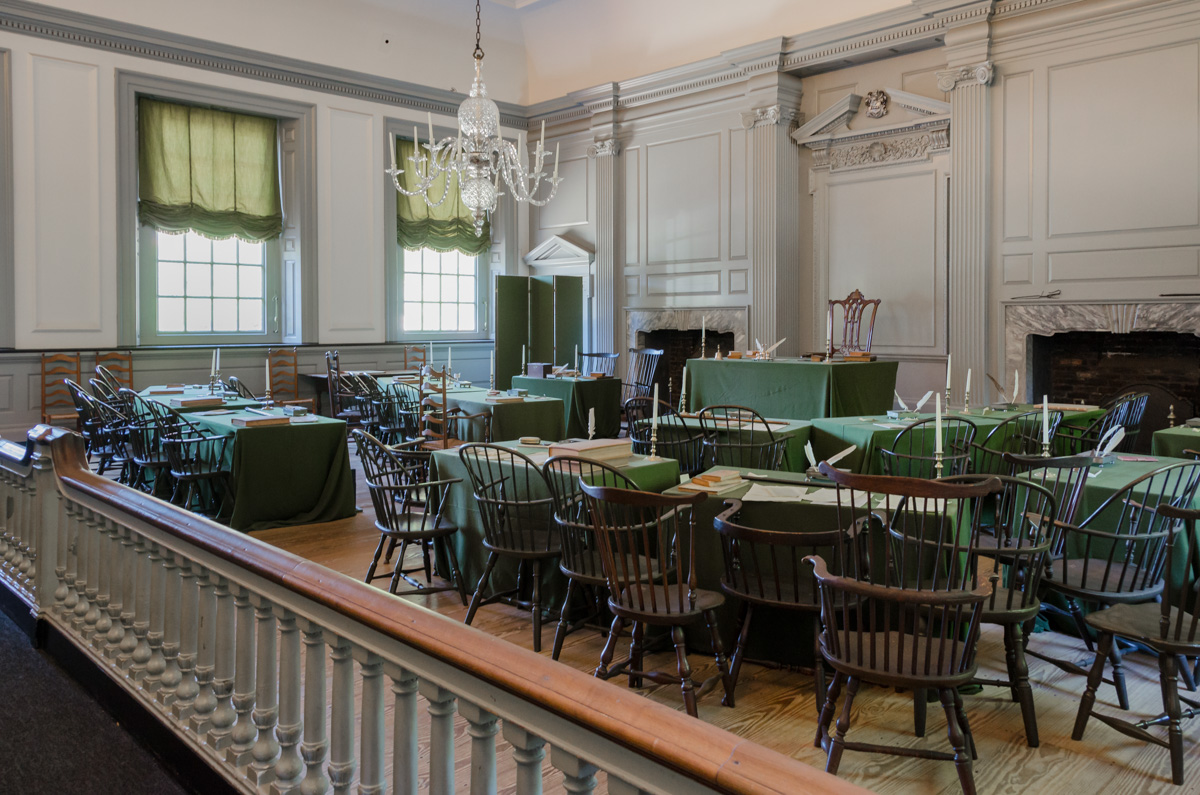 Independence Hall is located in the very center of Philadelphia.  You need to procure timed-entry tickets (they are free) if you want to see the Hall interior before 5pm; afterwards, just get in the queue.  A little over one hour should be enough to get through security checks, and take the guided tours of both Independence Hall and the Congress Hall (the latter closes at 5pm).