A postcard from Venice

Venice has been a lot on my mind recently, most likely due to the extended residual envy at not having been able to join my wife and daughter on a recent visit there. My last significant stay there occurred over seven years ago, which is a sufficient length of time for anybody to get wistful.

A good friend who had visited Venice for the first time in recent months told me that he was not overly impressed. He felt that the city was not alive enough, a gently decaying attraction maintained purely for tourism. I suppose there is a grain of truth in that; nor can you legislate tastes and impressions. Nonetheless, Venice for me is too unique and too full of delights around every corner to be anything but a place I would return to again and again.

I did manage to spend a pleasant – if all too short – afternoon in Venice a couple of summers ago. There was only time for a dinner, lingering on San Marco for a couple of musical sets, an hour or so of strolling main pedestrian routes, and the unmissable voyage on Linea 1 vaporetto the length of the Grand Canal. Some of my favorite Venice photography came out of that vaporetto ride.

Here is one shot, taken while approaching the Rialto Bridge. 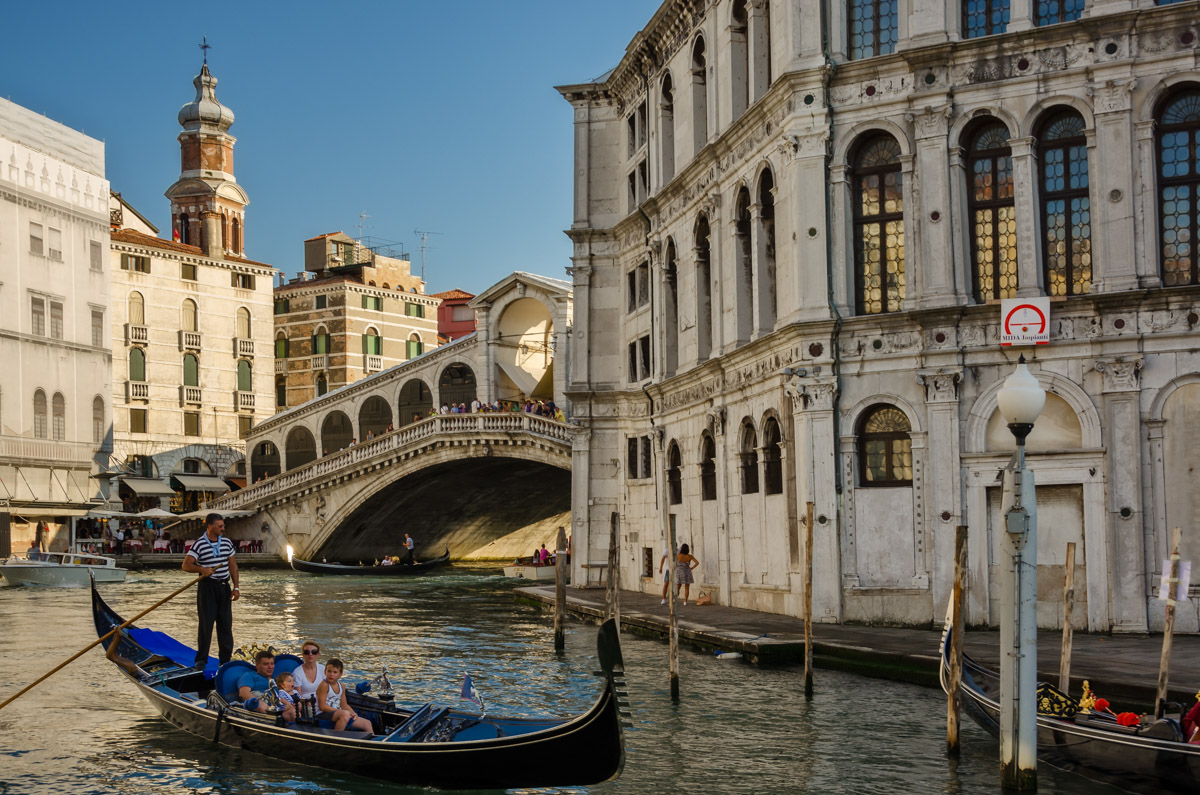 Vast majority of Rialto pictures are taken from the south, where a wide stretch of the canal exposes unobstructed view of the entire span of the bridge. From the north, the bend of the canal forces the bridge “to peek out” from behind Palazzo dei Camerlenghi. Despite the challenge with shadows, I like this perspective very much.  The movement of the vaporetto allowed me to take a progression of shots, but a gondola that had fortuitously entered the frame and aligned with the view clinched this version as my favorite.