As banquet photographs go, it was a pretty good one.

Anyone who’s ever been to a Russian restaurant party will recognize the concept. There is always an “affiliated photographer” who moves from table to table taking pictures of the party-goers. He or she then tries to sell the printed portraits to you to the tune of $15-20 each. There is no obligation to buy but many people do – because how often do you get to be photographed in your best going-out attire by a guy with a professional-looking camera?

No one hardly ever thinks about what the photographer chooses to do with the files from his camera (or negatives, as it were in pre-digital times). Legally, your face cannot be published by anyone without your consent – and certainly no one would bother to execute a model release during the party. But in a really big world you may never find out if the photo of you is used for purposes benefiting complete strangers.

So, one day fifteen or so years ago, my cousin Alex was walking down a street in Midtown Manhattan when he saw a pretty good picture of my daughter and her grandfather looking at him from a window of a photo studio.

The photo must have been taken at a restaurant banquet as far back as a couple of years prior, and the guy who had taken it had decided that it would be a good addition to the studio’s public portfolio.

I did not want the picture of my child to remain owned by strangers.  I visited the studio and demanded that they remove the photo from display.  They looked at me a bit weirdly but complied without an argument. Of course, there was no possibility that they would give the photo to me – they put it in the shredder as I was watching.

Why am I suddenly reminded of that uncommon happenstance? Well, I recently found myself on the opposite side of an unwanted display of a photo.

Some of you might remember the picture I took last year in Amsterdam, of a cheese seller with “No photos, just buy the cheese” sign. I found it amusing, given the public nature of the setting. I almost never defy posted prohibitions while visiting interior premises, but out on the street everything is fair game. (And yes, some restraint is often required when photographing people, but it was not such a case here.) So I took the picture, did not give it a second thought for nearly a year, then accidentally came upon it in my archives while searching for supporting visuals for the Shoulda, Coulda, Wouldn’t entry and decided that my amusement needs to be shared with the world.

It’s a much smaller world, though.  Just like in a shop window, what you post on your public blog can be viewed by any passerby – but that passerby can now be physically thousands of miles away.

we are the cheesesellers please remove your photo from the internet we are NOT amused by your action  you can see COPYRICHT ALL RICHTS ARE RESERVERD we put the poster  in memory of one of our clients a lady 89 jrs old was pust away and fall broke her arm and leg and DIED after complicatiens  so if you are not take the photo away jou here from are lawler so by nice TAKE THE PHOTO AWAY  you are braeking the dutch law of copyrichts it  cost you EURO 50.000 we donatet to the cancerfiondation thanks the cheesesellers

Despite the disjointed delivery and disdain for punctuation, there were enough markers that this was a legitimate complaint.  There was no URL supplied, which is the foremost feature of spam comments.  The sign did have a copyright symbol on it – which, interestingly, I never actively noticed until taking a closer look after having received the message.  I can’t imagine a spammer drawing my attention to a specific part of the content of my post.  Orthography sufficiently suggested a person of Dutch extraction writing in limited English, and capitalization sufficiently suggested the purpose.  I can’t imagine someone going to these lengths as a joke or a hoax.  The part about unfortunate passing away of an old lady gave the strongest whiff of a common incoherence of spam – but I could probably rationalize how an irate person writing in a non-native language might find that to be a proper supporting passage. 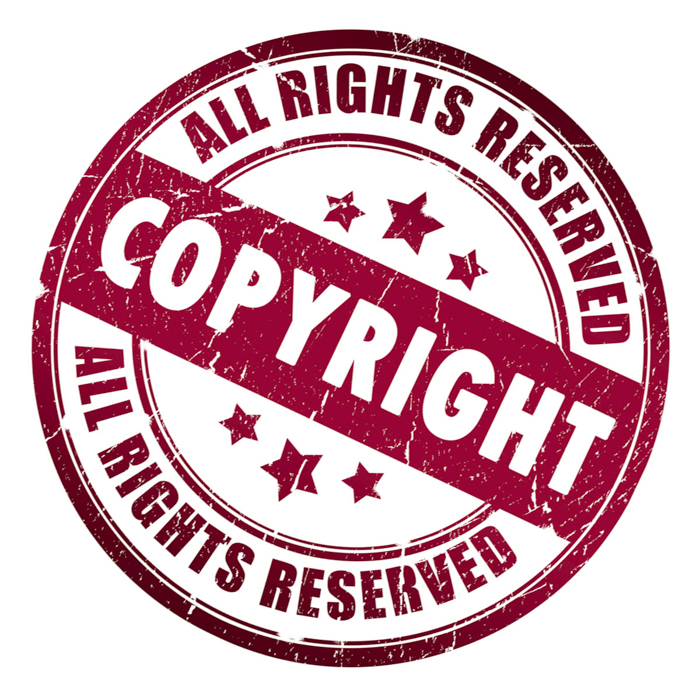 So, most likely, I had the real vendors – or, at least, someone close to them – complaining about my picture of the sign and threatening me with copyright infringement prosecution.

You might be thinking what I was thinking: There is no way that you can just slap a copyright symbol on a public sign and claim protection, can you?  I spent a couple of hours researching Dutch copyright law.  What I could easily gather was inconclusive: on the surface of it, in order to be protected the work had to be considered “creative”; on the other hand, several publications suggested that the bar for proving what “creative” means was set pretty low, so even a slogan could be copyrighted.  Would a court somewhere in Netherlands consider “just buy the cheese” to be a slogan in protected category?

I wrote an email to a Dutch attorney who specializes in the subject, asking for his professional opinion.  He graciously and promptly responded that he doubted a case for infringement could be made against my photograph.  He put in a standard disclaimer that his opinion could not be construed as a formal legal advice in these circumstances, but his answer to my question certainly pointed to a low risk of legal problems.

In other words, I probably had nothing much to worry about if I simply ignored that missive.

And then I thought back to that episode with Becky’s picture in a Midtown photo studio window.  The circumstances were not at all the same, but what they had in common was the displeasure of seeing something of your own being used by strangers.  That picture 15 years ago very clearly represented a violation of my family’s personality rights, but it would be hard to pinpoint the actual damage to us, since no details about the people in the photo were provided on the display.  It would also be hard to estimate how the studio profited from that photo, although it was clearly a part of the advertisement for the services it could provide.  No matter.  I am pretty sure I had legal case for compensation, but all I was concerned about was a largely anonymous violation of our privacy that I wanted to stop.

The cheese sellers on Nieuwmarkt likely do not have a legal case for compensation.  I can see how my thus far feeble efforts at blog monetization open up an argument that every photo I post on my blog serves to attract bigger audience and therefore increase my potential profit; so, if someone could claim copyright infringement, I might not be able to put up a defense that I get no financial gain from publishing such picture.  But it does not seem that copyright infringement exists in this instance.

Nor did I really violate their privacy, as the picture was taken in a public place.  I most certainly disrespected their wishes about not taking photos of their vendor stall, but they do not have a legal right to insist that what they show in a public market is off limits for a street photographer.

In a sense, they got a free advertisement from me.  I identified the location clearly enough that a visitor to Amsterdam can find their stall easily.  Is it impossible to imagine that someone recalls my post while walking through Nieuwmarkt, stops by these cheese sellers, and actually buys something?

As I reflected on all of the above, I decided that it did not matter.  These people are displeased with a stranger publishing a photo of something that is their own.  I gain nothing by ignoring their feelings and keeping the photo up.  I am sure someone somewhere will argue that I should uphold my rights to the freedom of expression and not give in to someone who is offended, for whatever reasons, by what I publish.  I think I will leave standing up for my rights for a more important occasion than a silly photograph.

I have removed the post from the blog and the photograph from Google Images.  It’ll still be in my archives, just not published anywhere.

And I will probably pay more attention to similar circumstances in the future.  I do photography for fun – I don’t want that fun to be spoiled by an irate person who feels that I violated his rights.

I might even buy a piece of cheese from these guys when I am again in Amsterdam.  And if I don’t like their cheese – the picture is coming back up!

Posted in Re: Photography