A place in my memory: Cambridge

I can no longer pinpoint where I got my first mental image of a proper university town from. It was surely a book, but my attempts to recall which one failed to yield a definitive answer.

In my youth, Soviet institutions of higher learning almost always resided in major towns and practically never exhibited significant notions of having a campus. Many inhabited a single large building, possibly with dorms around a corner. Some, such as my own alma mater, occupied several locations across the city, but the education was structured in such a way that one rarely had to leave their chosen department’s location.

In the first decade and a half of living in the United States, I have visited my share of university campuses. Impressive as some were – for instance, a gem such as Princeton, which is practically in my own backyard – they somehow never conformed to the picture ingrained in my brain.

And then I set foot in Cambridge, in the first months of our stay in England. 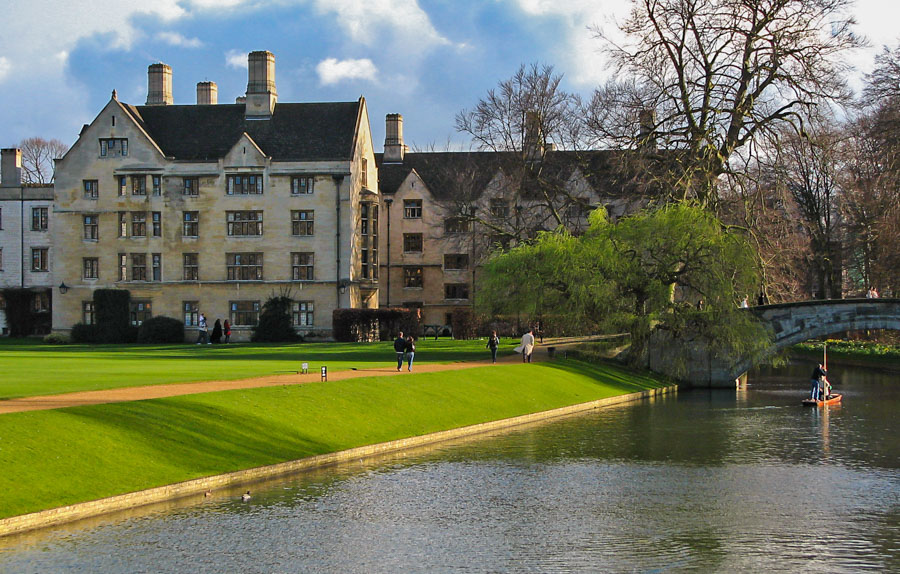 There is something about wide green quads surrounded by majestic stone buildings with lichen-tinted walls; the little tranquil river, crossed by arched bridges and occasionally disturbed by passing punts; narrow lanes flanked by centuries-old walls; the glint of golden sunlight in the high windows… something that I cannot really express in words that nonetheless said to me, yes, this is what a true university town should look like.

The picture above captures a relatively unassuming scene that has a special place in my heart. Every time I look at it, I can vividly recall how Cambridge became my imagination turned into reality.