Swiss capital is recognized by UNESCO for coherency of its planning concepts through the centuries. If that sentence above does not make obvious sense, it is meant to augment the slightly underwhelming impression the city left on me.

Do not get me wrong – Bern is a lovely city, very pleasant to walk through and quite picturesque. Even if you are an amateur in the subject of urban planning, you can easily appreciate the thought-out layout of the medieval city core. And you don’t need any special application to recognize its overall attractiveness.

It’s just that the “wow” factor was not there for me. It could have been due to the timing of my visit, in early December, when the skies were mostly grey and the streets were far from sparkling. I liked Bern well enough – I just did not like it above many other places I have seen. I might need to try coming back on a sunny spring morning.

Here are a few shots from my archive. First, a perspective along the main street of the Old Town, Kramgasse. 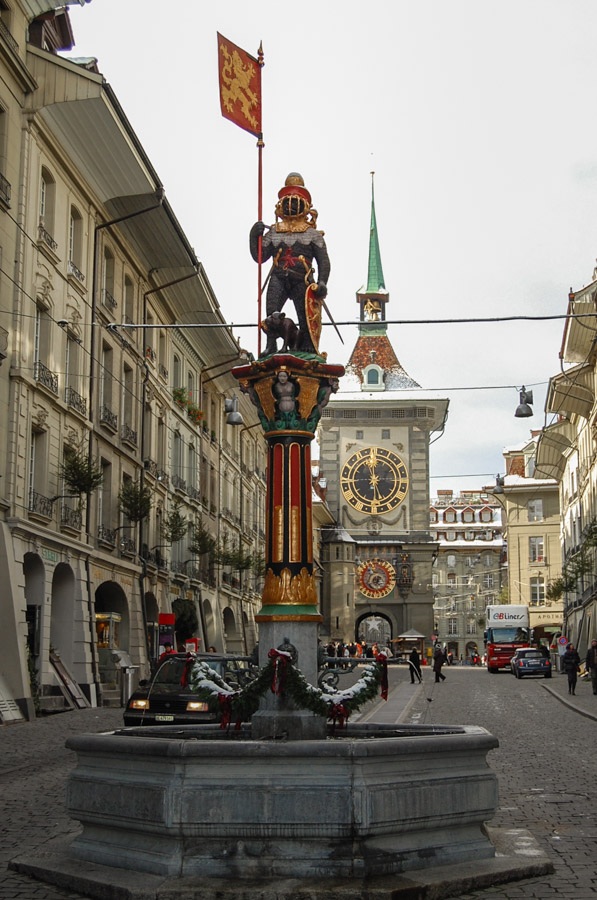 Statues of this kind can be seen aplenty along the street, primarily built into house façades, but also standing in the middle of the road.

And for fun, here is a different little statue, found on a corner somewhere in town. 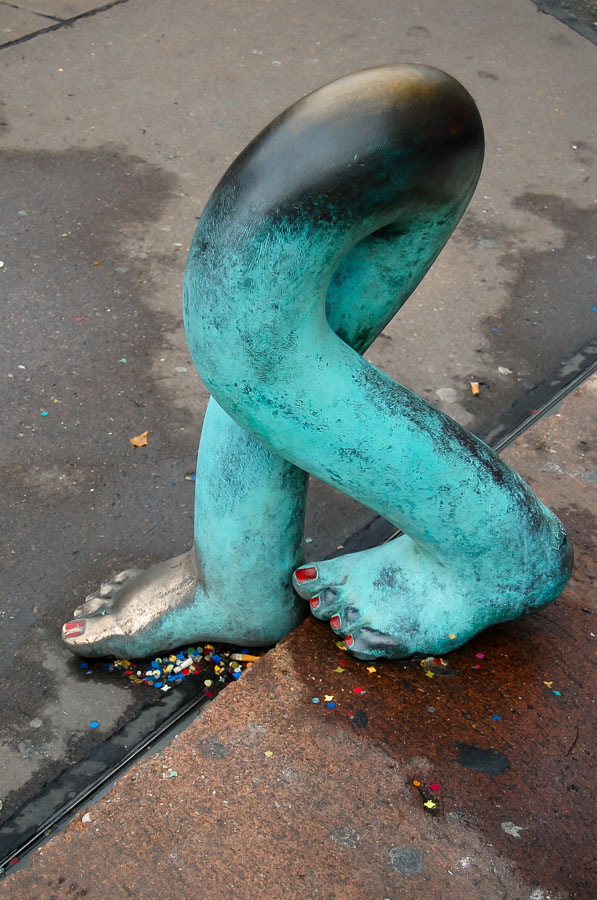 A closer look at Zytglogge, a 13th-century landmark in town center. 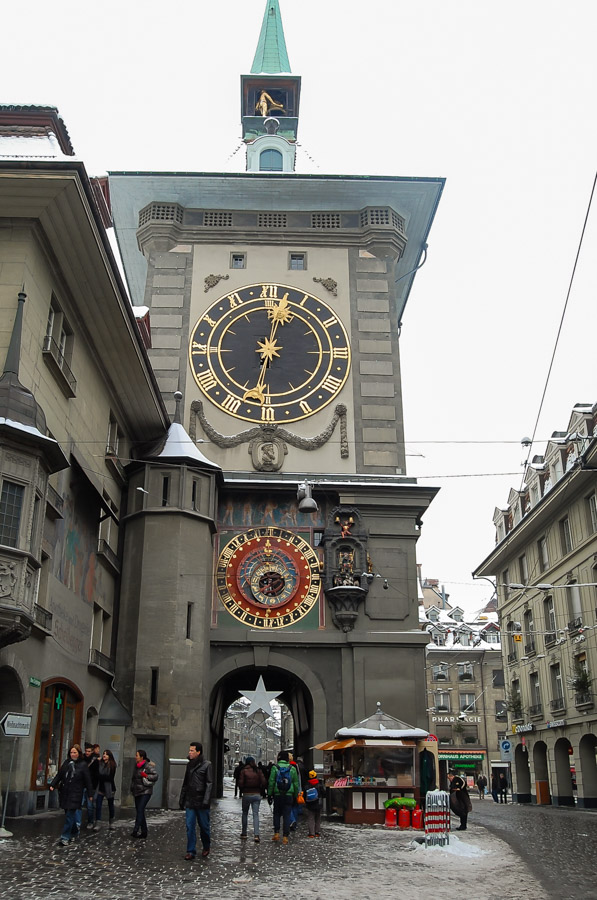 The astronomical clock, dating from the 15th century, is a huge tourist attraction. It is certainly very impressive visually and is certainly quite underwhelming in its hourly play, as many such clocks around the world are.

By the nature of the quirks in my itinerary, I actually stopped in Bern twice within a space of a couple of days. A significant snowfall covered the ground between the two visits. I found a few gorgeous snow-covered perspectives during the second stop. 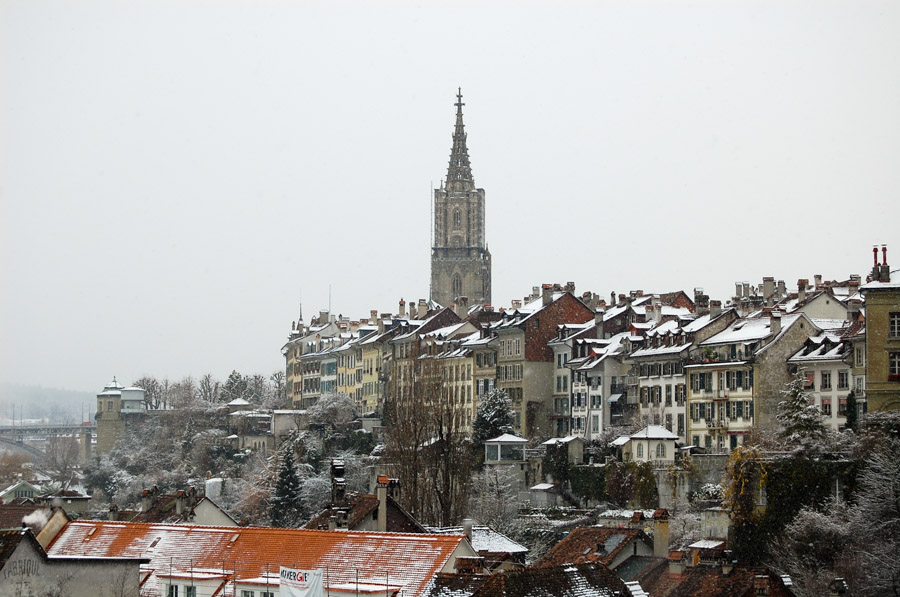 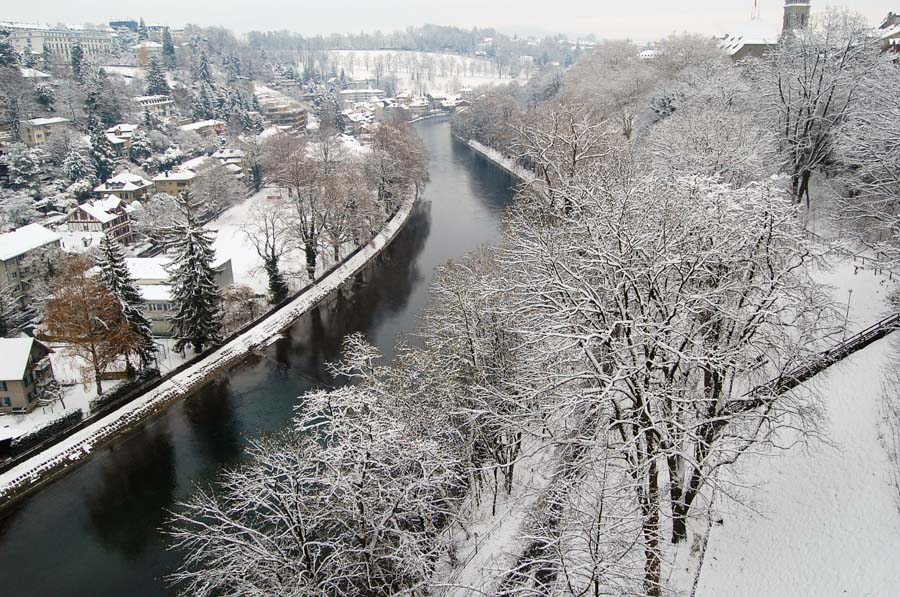 Half a day should be sufficient time to get acquainted with the city.