A true southern belle, Savannah. A city that combines serenity and vibrancy, beauty and history, with the sound of music on every corner and square. It is proof that even something as inherently rigid as a grid street plan can be in fact gorgeous.

Probably the most lasting impression of Savannah is that of its tree-lined streets leading from one square to another. The sideways growth creates a wonderful canopy above your head, accentuated by hanging strands of Spanish moss. 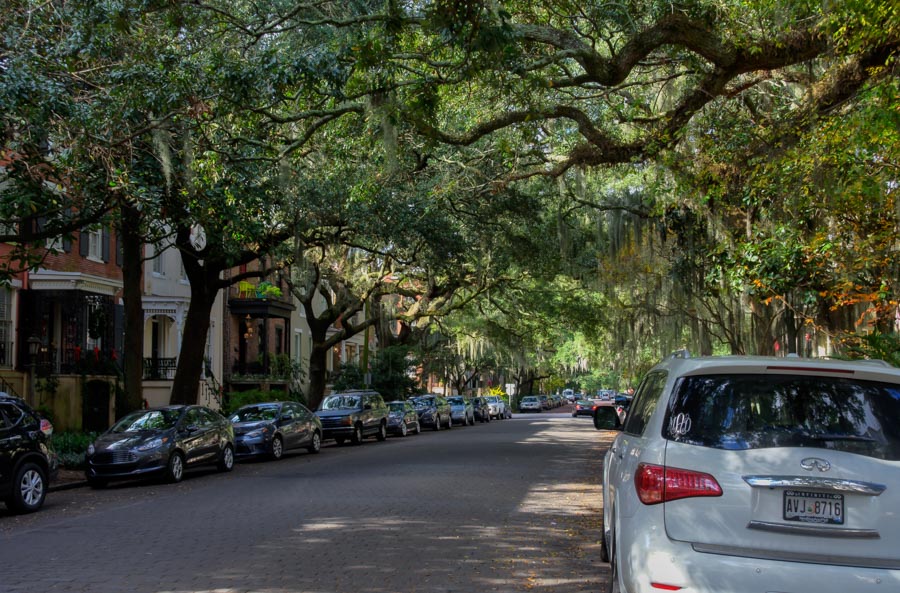 And here is one of the squares. 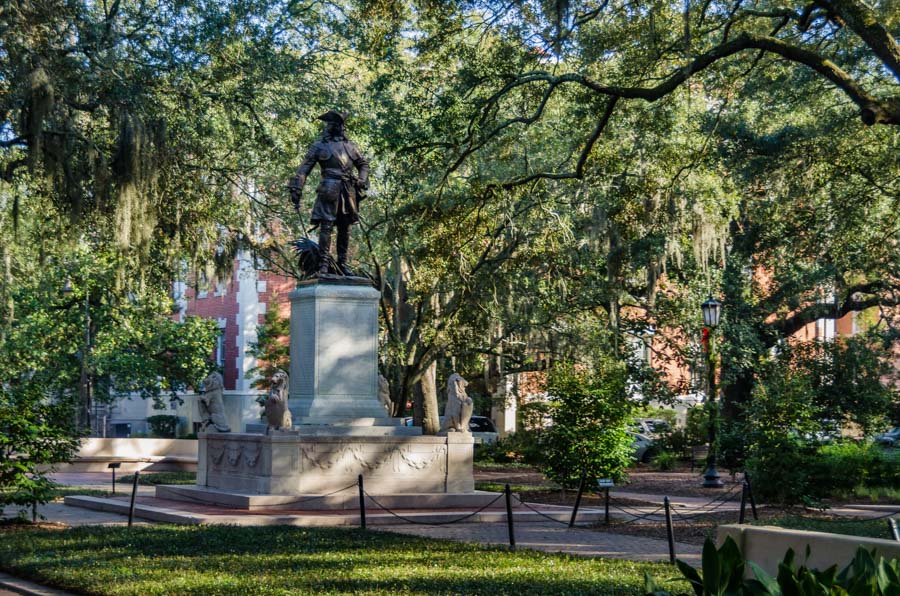 Twnety-two of the original squares, spaced at regular distances, remain in the historic city core. Each is surrounded by impressive mansions, each boasts defining features in the form of monuments and fountains. Each is a fantastic place to linger. And each hosts at least one street musician livening up the atmosphere at practically every hour of day or night.

Forsyth Park is a large green space at the southern edge of the historic center. Among the attractions it offers is this impressive fountain. 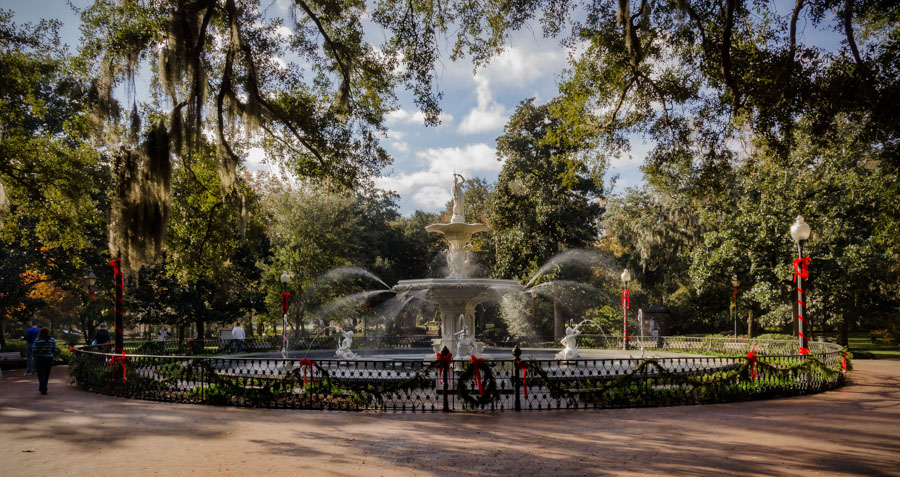 The opposite bookend of the historic core is River Street, running alongside Savannah River. With shops, restaurants, a number of monuments, and a market, it is one of the more bustling areas of the city, even if the shot below does not exactly reflect that. 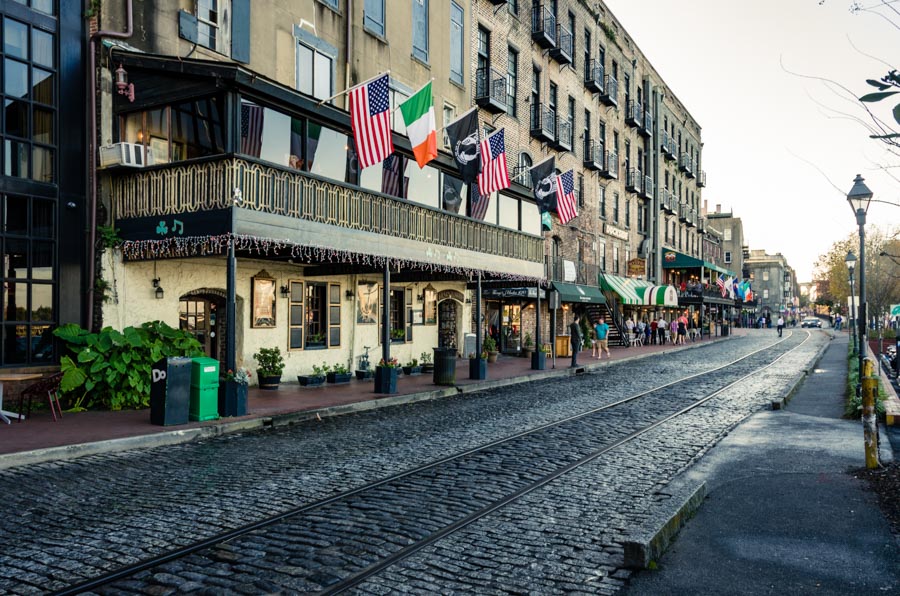 Among the monuments on River Street is this globe, commemorating World War II. This perspective obscures the fact that two halves of the earth are set apart from each other, so one can walk in between them. 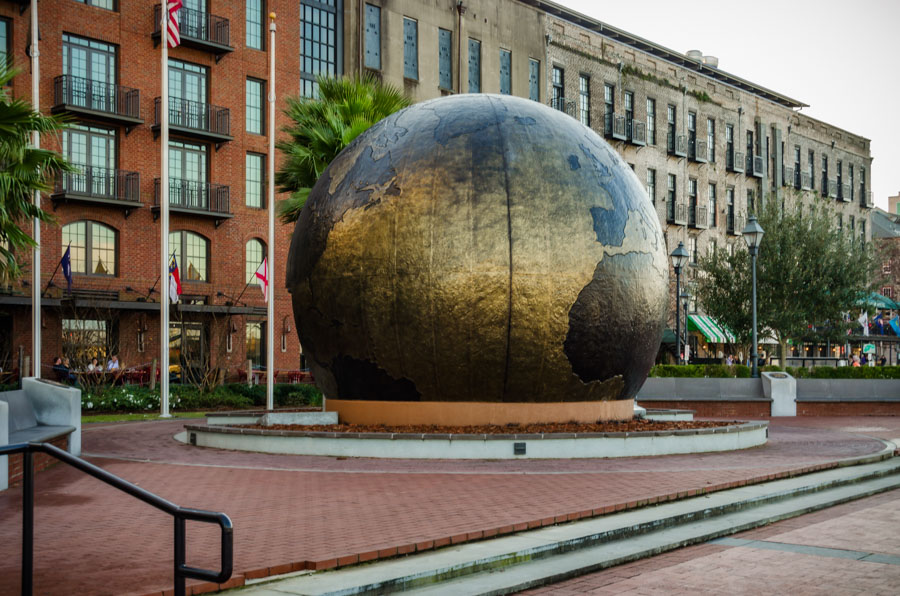 Here is a view from the riverbank to Talmadge Memorial Bridge and the port beyond. 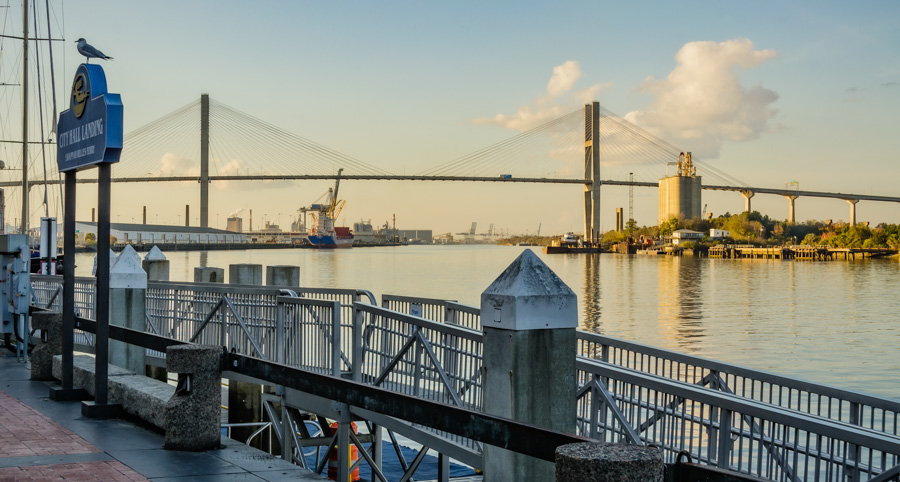 These colorful boats are part of the Savannah Belles fleet that offers free ferry service across and along the river. 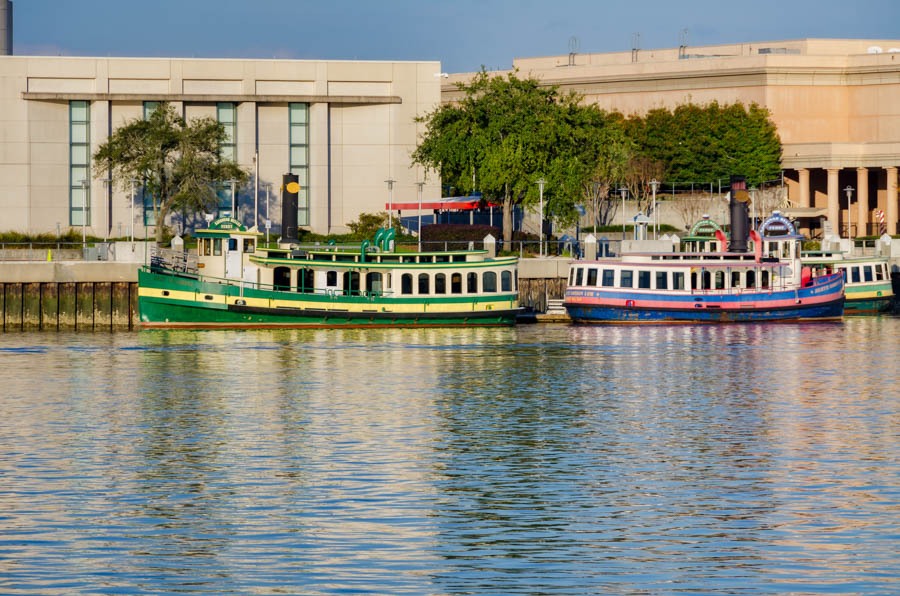 And this is one of the cruise boats that carry out excursions on the river. The perspective is from the stern of its sister ship, as we depart on our hour-long cruise. 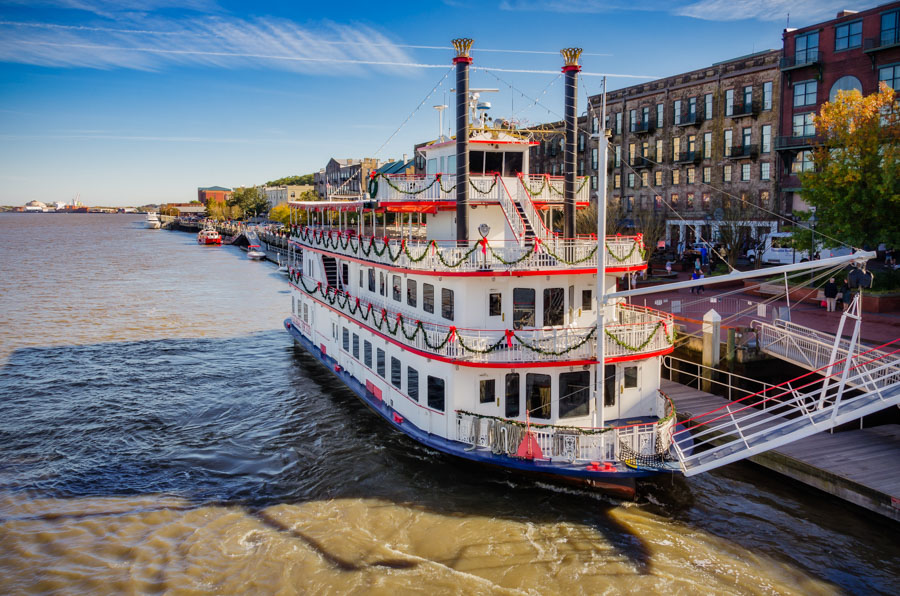 Unfoturnately, not very much of the city besides the riverside can be seen from a boat. Savannah sits on a high bank, but the waterfront buildings obscure almost everything beyond them. Only the dome of the City Hall cannot be hidden from view. 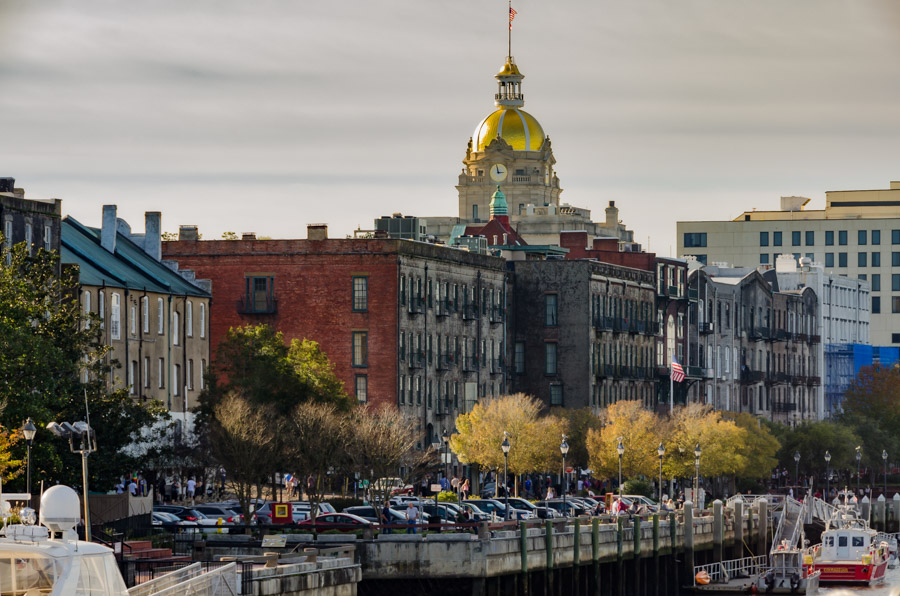 Here is another perspective of the dome, along Bay Street. 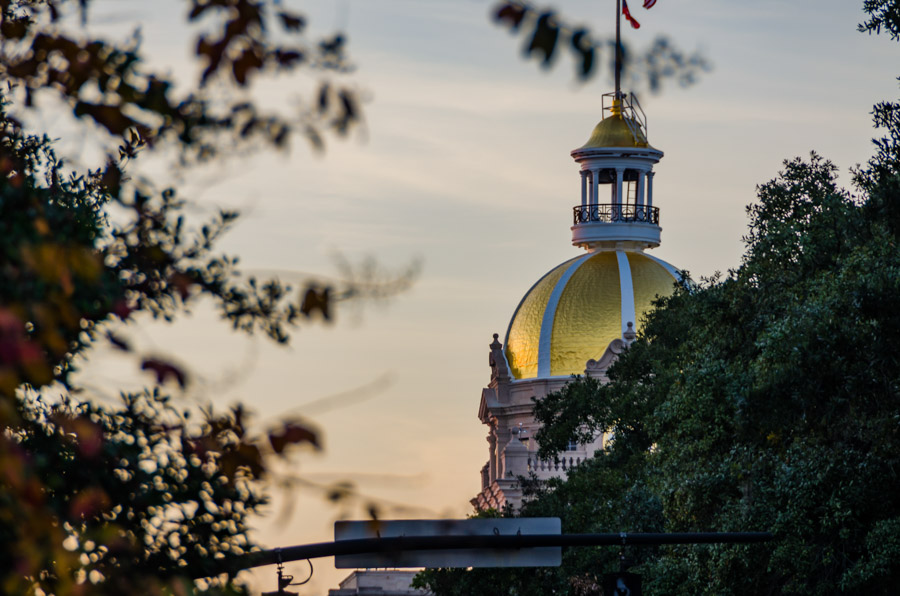 Among the religious buildings found in Savannah, Congregation Mickve Israel stands out. 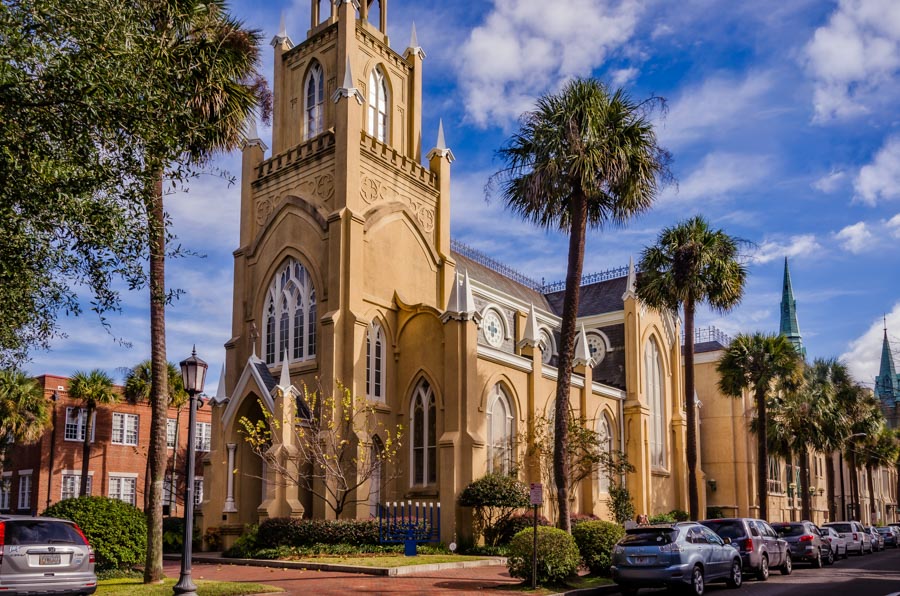 And many houses like the ones below are bound to catch your eye when you walk around Savannah. 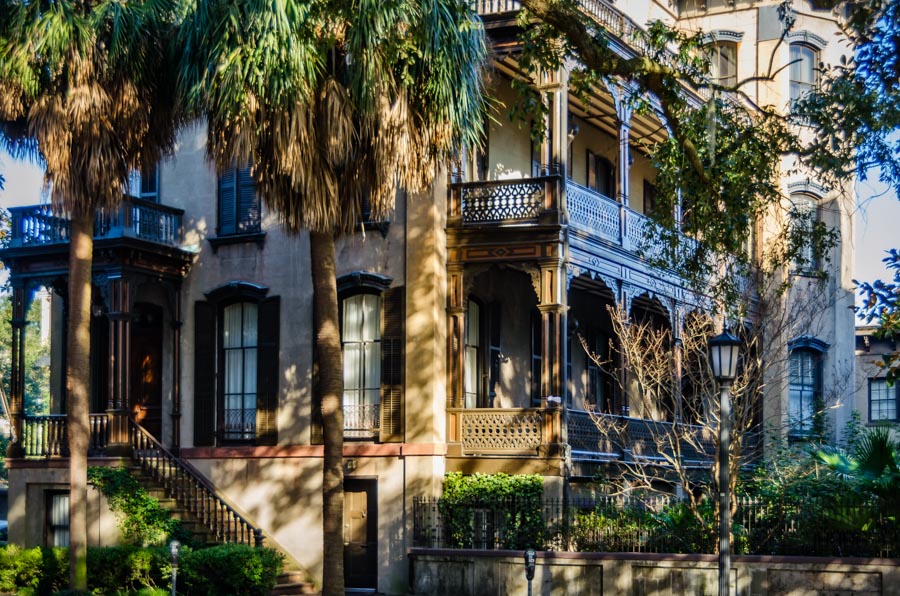 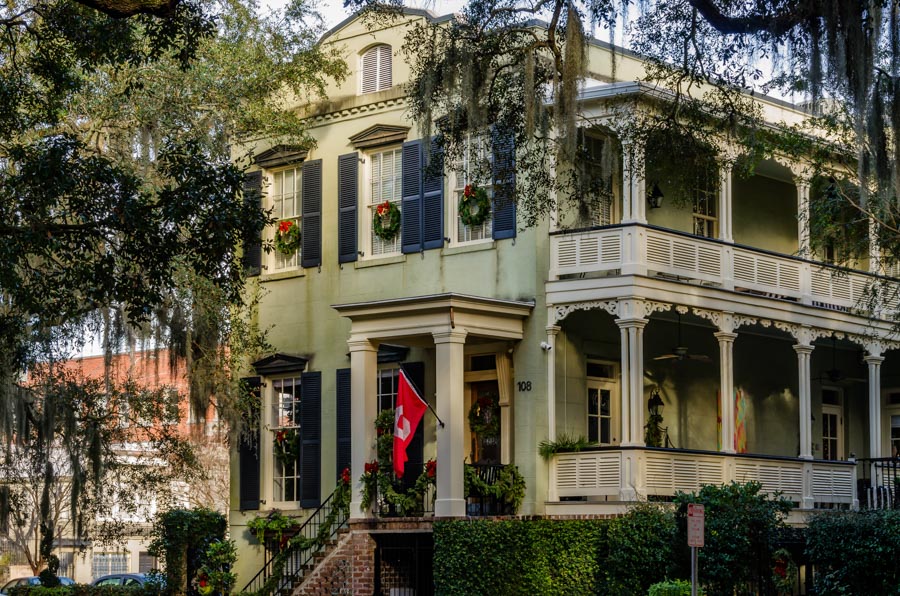 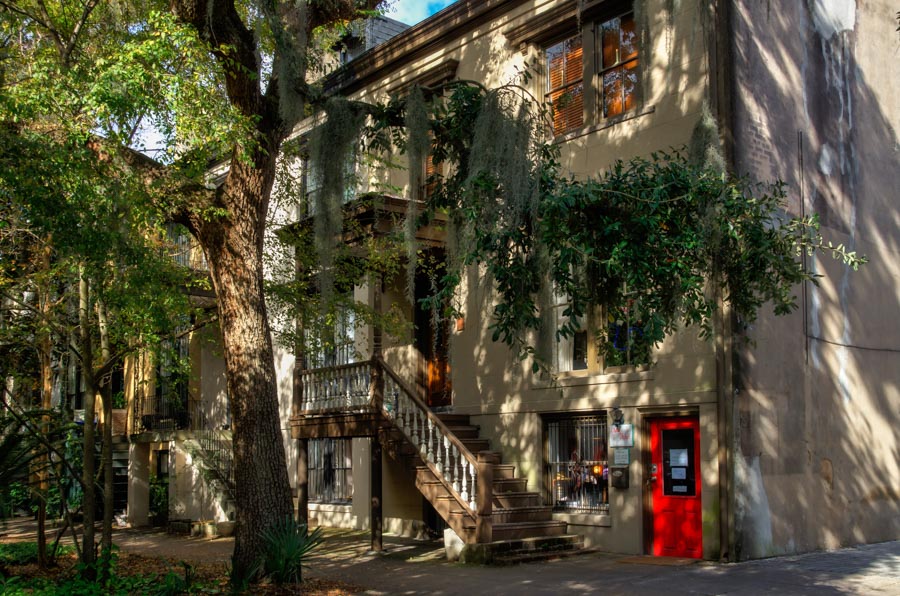 These and other Savannah pictures can be found in a Flickr album. There is also a separate album for Charleston.