Wieliczka Salt Mines on the outskirts of Kraków is one of the first 12 sites on the UNESCO World Heritage list, inscribed in 1978 (by the way, so is Kraków proper, which means that it was the undisputed capital of the World Heritage in the list’s infancy). Dating from the 13th century, the mines are recognized for being one of the earliest and most important European industrial operations.

There is hardly any limit to awe and fascination induced by the vast network of underground passages and halls that are adorned with remarkable artwork and decorations. The guided tour is fairly long, includes traversing non-trivial number of steps during the descent, and takes you through all of the most impressive spaces. If memory serves me right, it allows for sufficient “free time” at the most important points, such as the unbelievable Chapel of St Kinga.

We had a tour guide who spoke excellent English and exhibited a delightful dry sense of humor. His presentation obviously enhanced our experience, but I suspect that the awe factor of seeing the mines would compensate for even the least eloquent of tour guides.

Photographic evidence of this in our archives is lacking, unfortunately. This is one case where I can reasonably blame the inadequate equipment for taking pictures in less then ideal lighting conditions, but the truth probably lies in that being overawed by what I was seeing I did not give any thought to the quality of the photographic output. The couple of photographs that passed later quality control barely make a dent in the attempt to illustrate the remarkable monument to human ingenuity that the mines are. 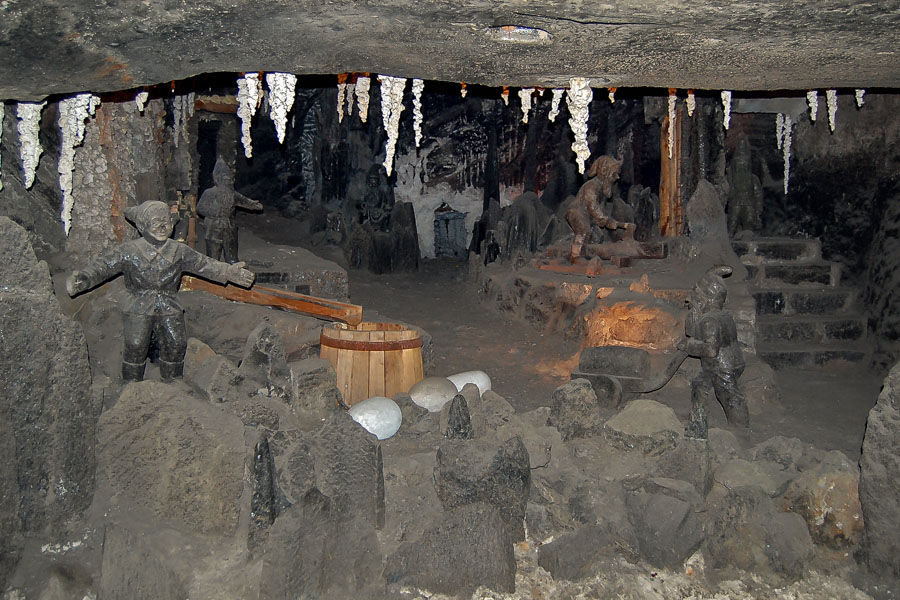 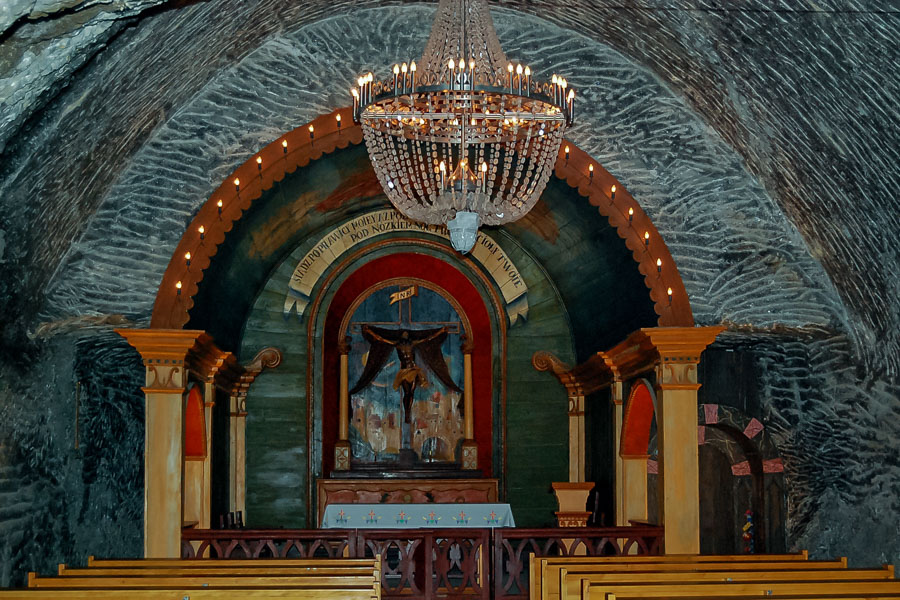 Getting to Wieliczka Mines from central Kraków takes less than half an hour by bus. Excluding the bus ride, you need to budget three hours as the lower boundary for taking the tour and lingering.

A nearby medieval castle in Wieliczka that was the mines’ administrative headquarters as well as less-known mines in Bochnia have been added to this UNESCO listing a couple of years ago, but we did not consider visiting them. Bochnia is significantly further away from Kraków.