I have looked at it from a distance for close to twenty-five years but somehow never found time to visit. My collection of UNESCO World Heritage sites should have listed Statue of Liberty somewhere in the first dozen chronologically, given that it is geographically the closest site to where I have lived most of my life. But only this past August the stars finally aligned for me to set aside time in order to see it up close.

The statue is recognized for being a masterpiece of colossal statuary and a symbol of freedom for millions of immigrants that came to the United States around the turn of the 20th century. I do not suppose there are many people anywhere in the world who have never heard of this grandiose monument.

The statue is too big and the island area in front of it is too small to make non-distorted pictures with the average universal wide/telescopic lenses. The best photos come out from some distance, such as from the upper deck of a ferry. Here are a few shots from different sides. 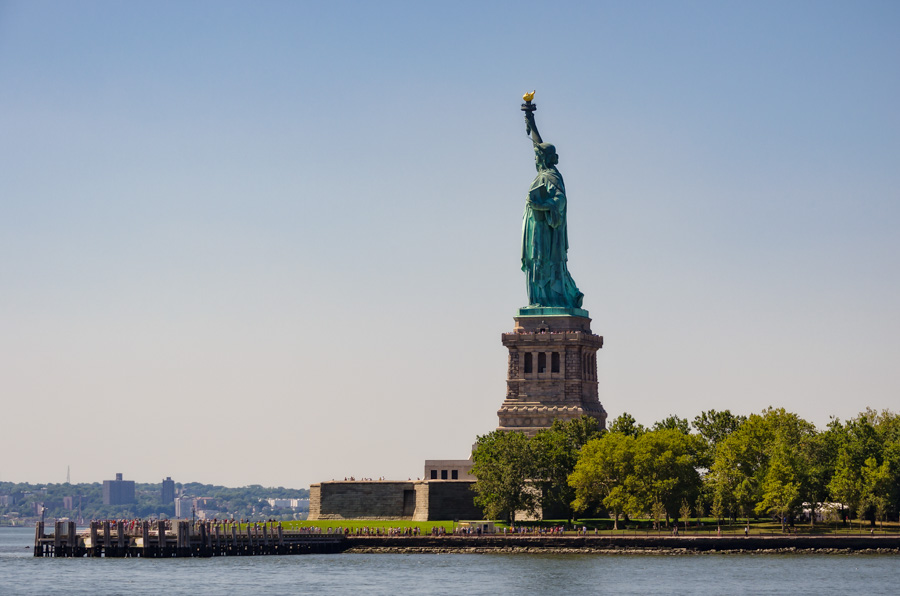 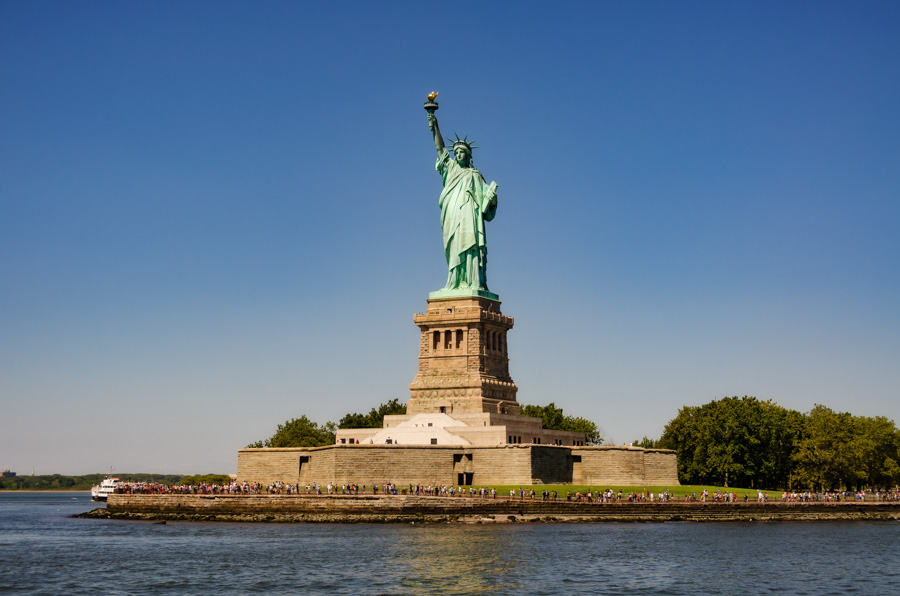 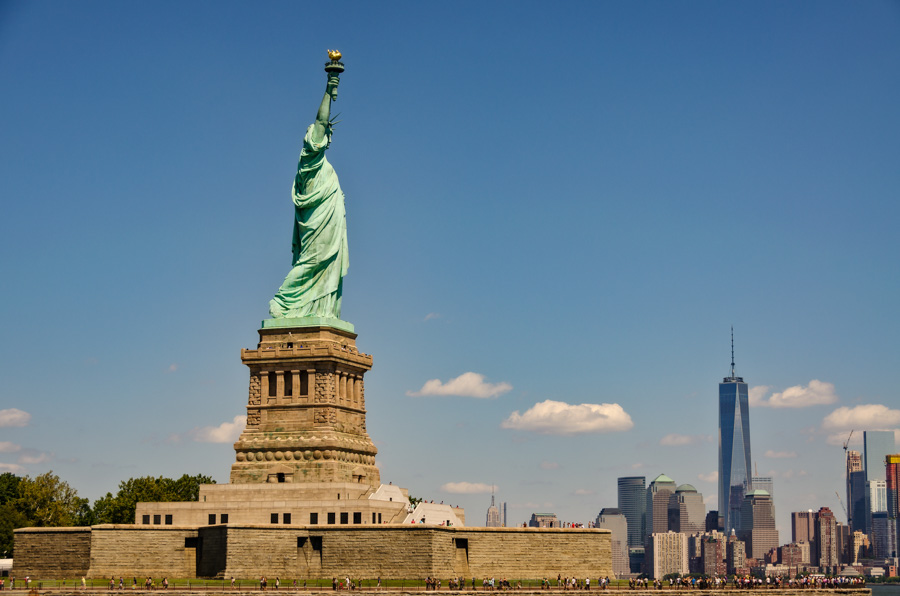 A close-up of the kind I am sure most of the people have seen many times over before, taken from right below the statue. 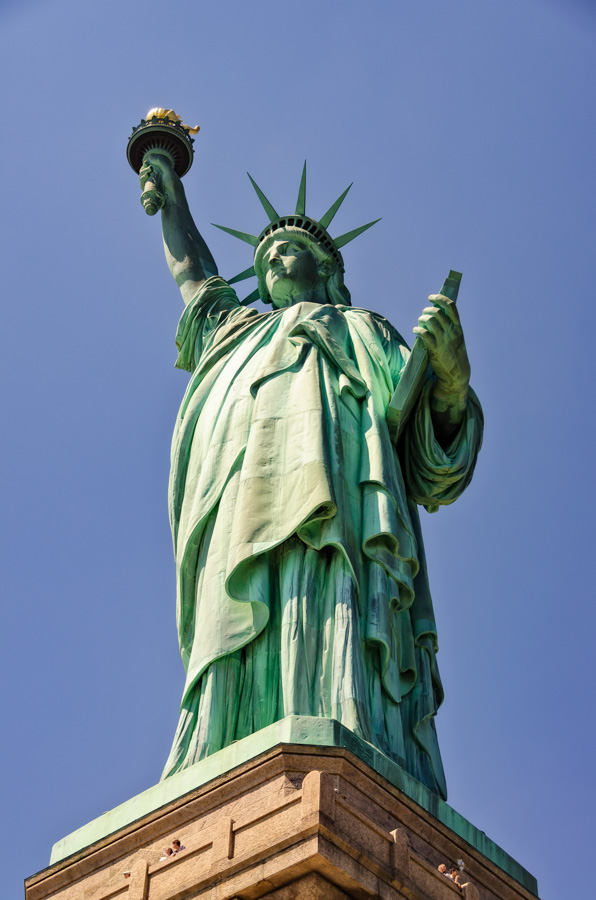 Once on the island, you can explore on your own or join a guided tour at no extra cost. You also have an option to climb up to the gallery on the statue pedestal (which also allows you access to the island museum and the star-shaped base on which the statue stands) or to the higher gallery in the statue crown. I opted only for getting up to the pedestal, which offered this kind of view of Manhattan. 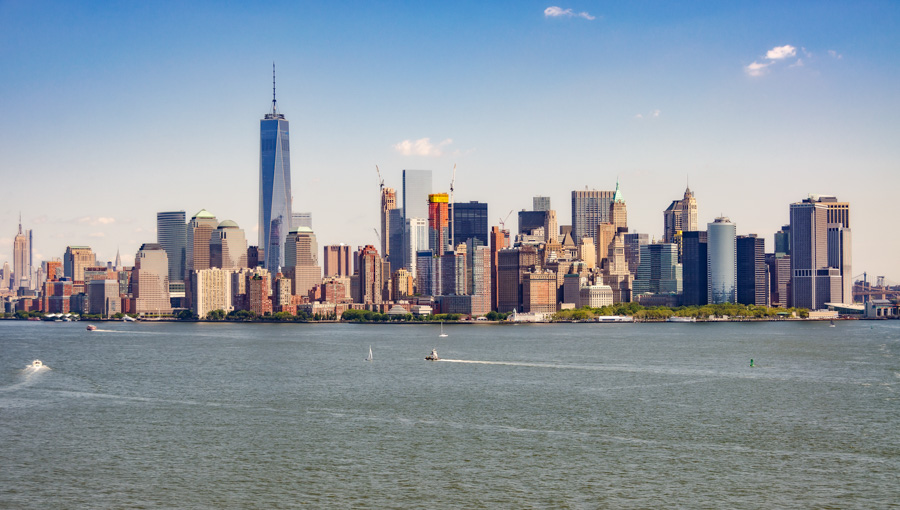 Ellis Island is only mentioned in the UNESCO inscription in passing, but visiting it is included in the ticket. The former immigrant entry-point to the United States is, in my opinion, a much more interesting museum than the nearby statue. 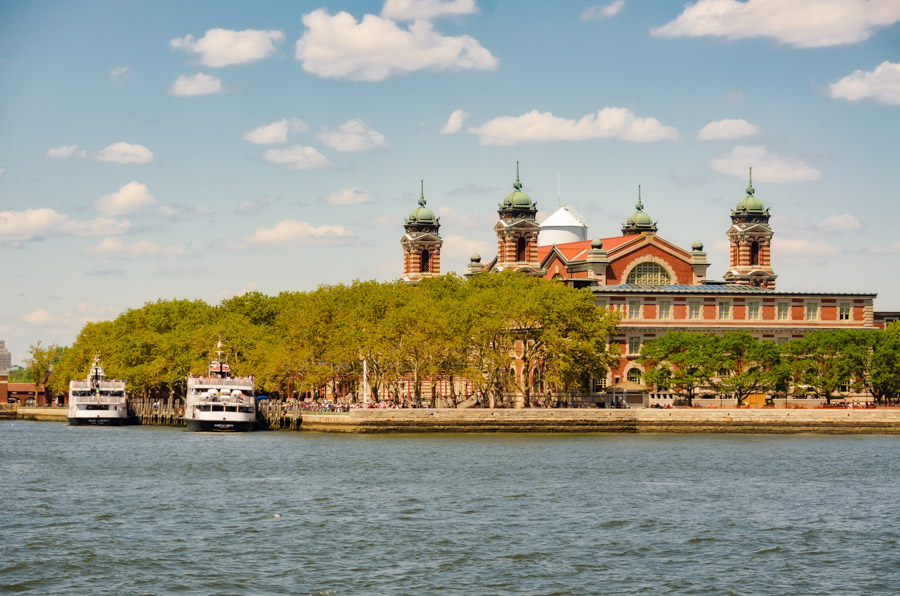 Inside the main building on Ellis Island, one can find several exhibitions related to different eras and aspects of immigration, with hundreds of artifacts and documents detailing what it was like to be a newcomer to the country. The fascinating displays can easily occupy hours of your time if you choose to peruse even half of what they contain.

The next picture is of the Great Hall, where most of the processing of the immigrants was concentrated. 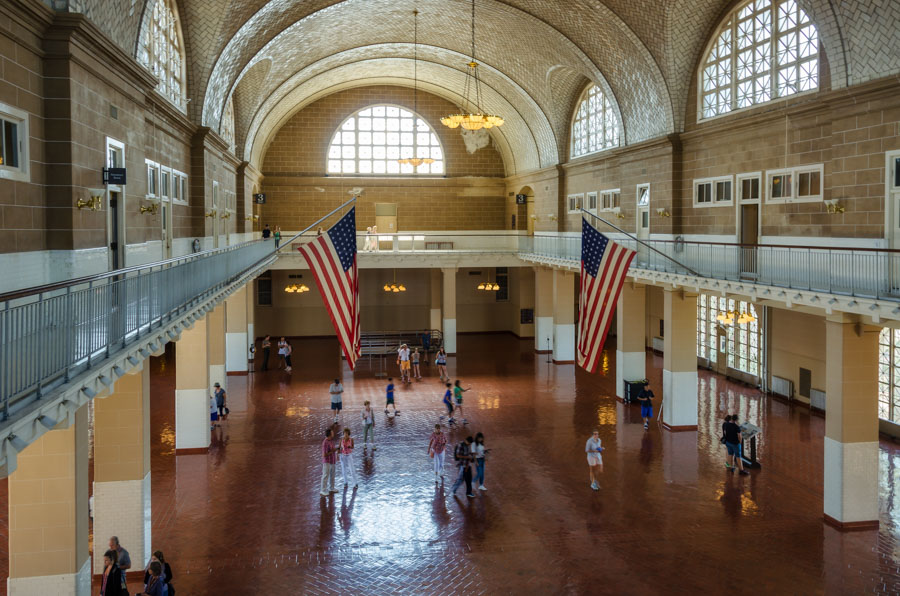 While on the ferry, perspectives of New York Harbor and of various vessels crossing it abound. 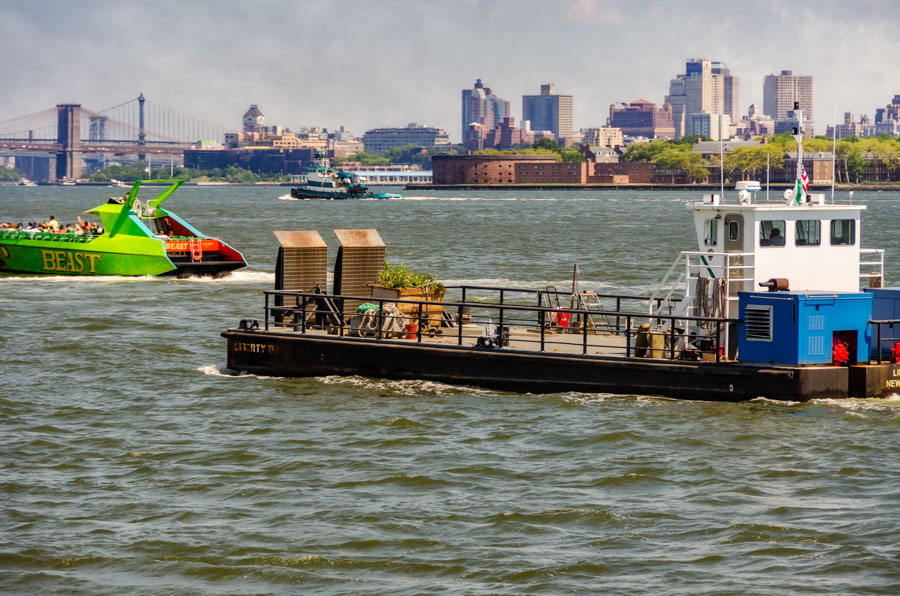 Ferries to Statue of Liberty depart from both Battery Park in Lower Manhattan and Liberty State Park in New Jersey. Departure points require security checks similar to that in the airports, so budgeting for time accordingly is necessary. The route and the basic ticket include both Liberty Island and Ellis Island, complete with audio-guides obtainable upon disembarking at each island. The shortest visit to the Statue, if skipping Ellis Island entirely and accounting for ferry travel, can be estimated at about an hour and a half. At least an hour is required for even a cursory look at the Ellis Island Museum. In summer months, additional time will be taken by waiting to get on the ferry, especially from and to Manhattan.

Access to the viewing platforms on the pedestal and in the crown require extra-cost tickets that can only be obtained online in advance. They cannot be bought onsite. For the pedestal, prior-day purchase is possible even in the busy months. For the crown, you may need to buy your ticket as much as a week in advance. As fas as I can surmise, climbing all those additional steps to get to the crown brings very little additional gratification.

Posted in In NY/NJ, World Heritage