Of hundreds fjords that pierce the landscape in Western Norway only two are explicitly recognized on the UNESCO World Heritage list, as a single site even though they are not near each other. Both represent the comparatively small appendages of the bigger parent fjords, and both are sited for their exceptional scale and grandeur as well as being the archetypal fjord landscapes. The part of the inscription that says “among the world’s longest” is misleading – it probably is valid only in comparison to other leaf bodies on the fjord tree, but even that does not seem to compute with the simple look at the map. Both of these fjords are only a few kilometers long. But those are among the most spectacular kilometers anywhere on the planet.

A big reason we went for the Norway in a Nutshell itinerary was because it included one of the two fjords, Nærøyfjord. After leaving Flåm on a ferry and traversing the less dramatic leaf of Aurlandsfjord, we entered our main target of the day. 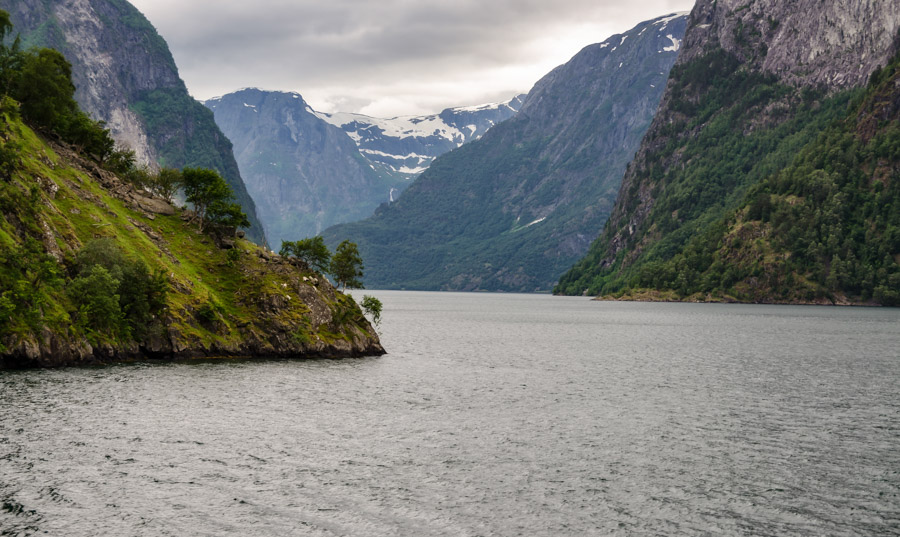 As was mentioned in the above post, the rain was a continuous nuisance during the ferry ride. And in a karmic payback for my habitual neglect of natural wonders on my travels, the rain intensified practically the moment that the above view opened at the mouth of the fjord. The positive aspect of that was that I suddenly found myself practically alone at my post on the upper deck; other competitors retreated to inside decks. On the other side of the spectrum, I had to ration how much my camera emerged from under my wind-breaker; I am not hard-core enough photographer to own any waterproof gear.

Of course, those shots that I did manage to take came out foggy and soft in this weather (and not greatly composed either). You know what they say about what interferes with a bad dancer, so I should not really be complaining, but knowing that I am able to take great pictures in good weather I am mightily annoyed at the weather gods for screwing up the day. Thankfully, I have a modicum of aptitude for post-processing. Still far from works of art or my usual standard of postcard-like, but I managed to get a few shots to at least passable. 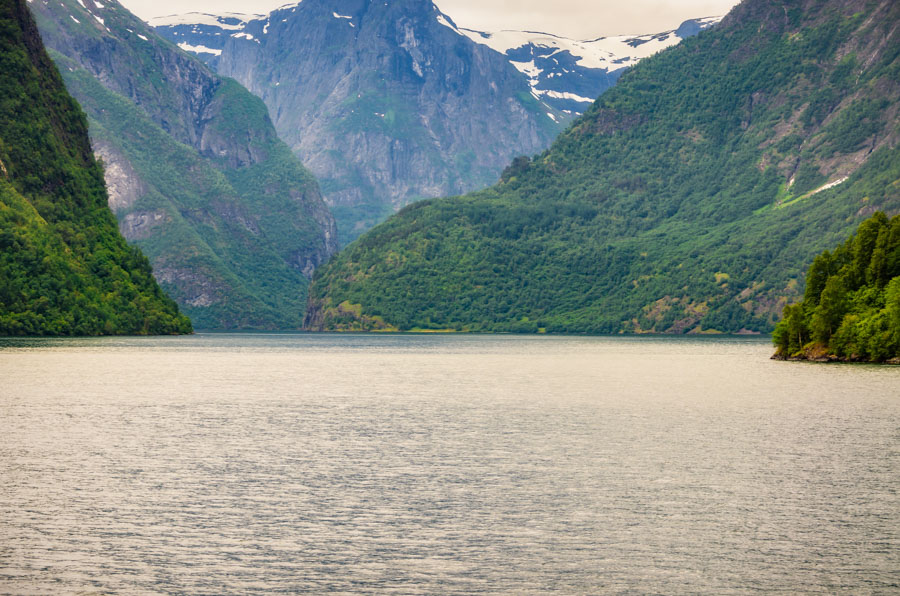 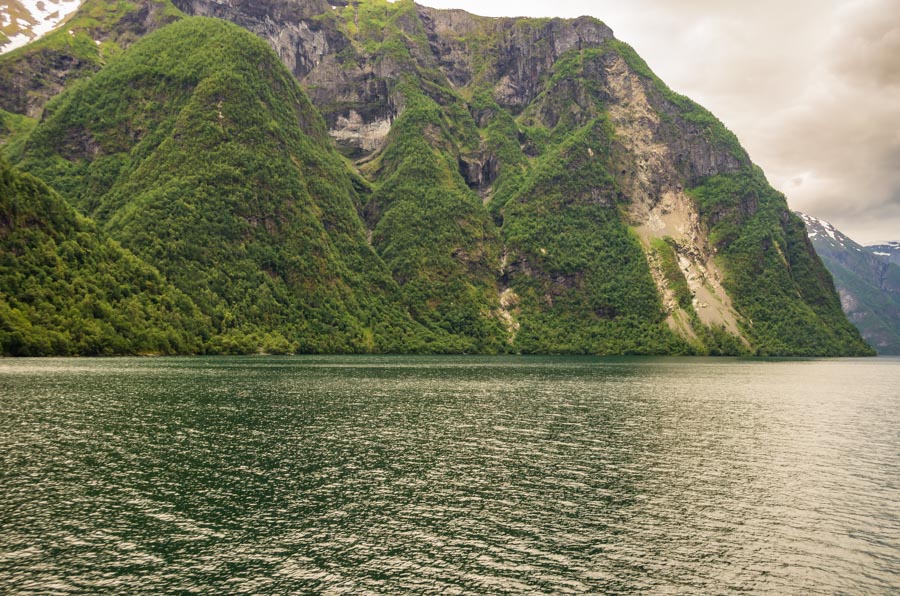 In a bit of irony, I think the best pictures were those where parts of settlements on the shores were included in the composition. Maybe, there is something to my self-awareness that I am better at photographing human-made landscapes. 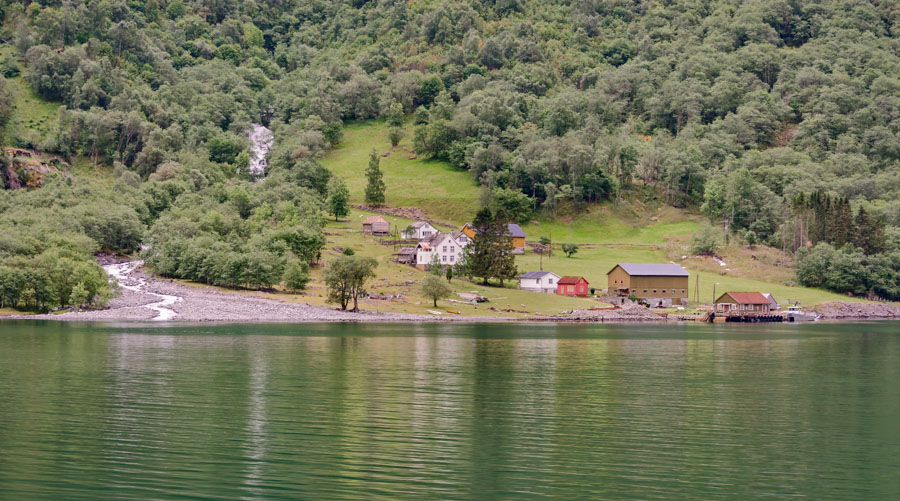 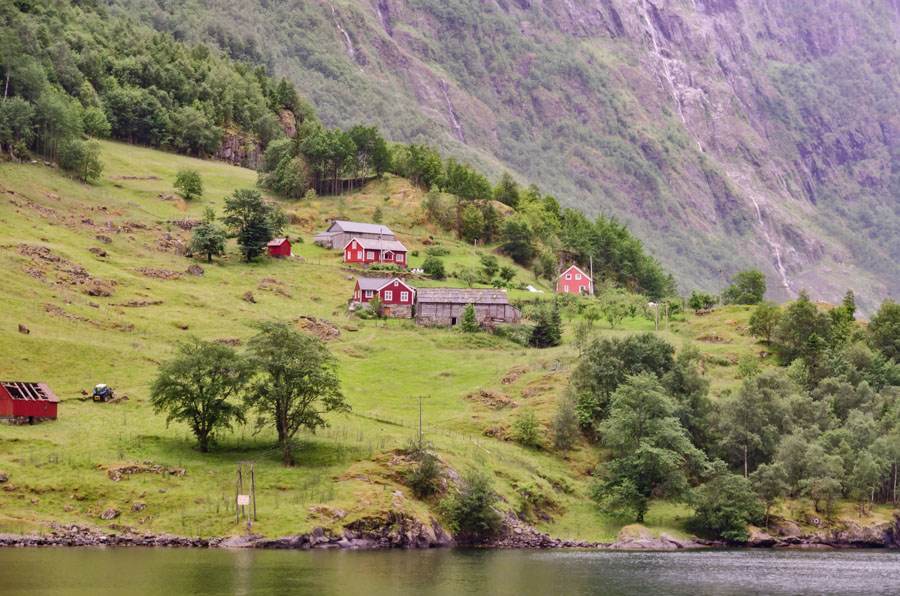 For a little bit under an hour the sheer cliff walls guided our boat from one bend to another. 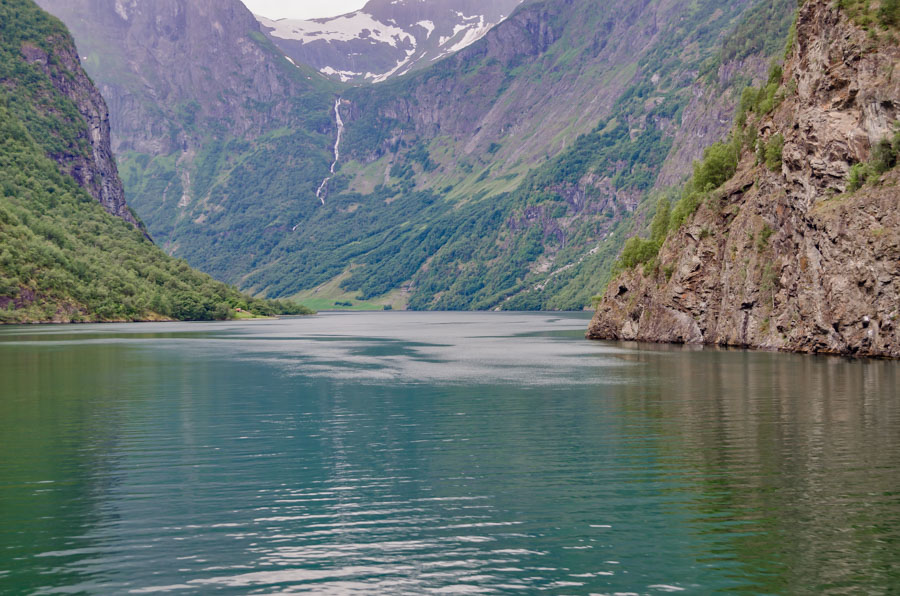 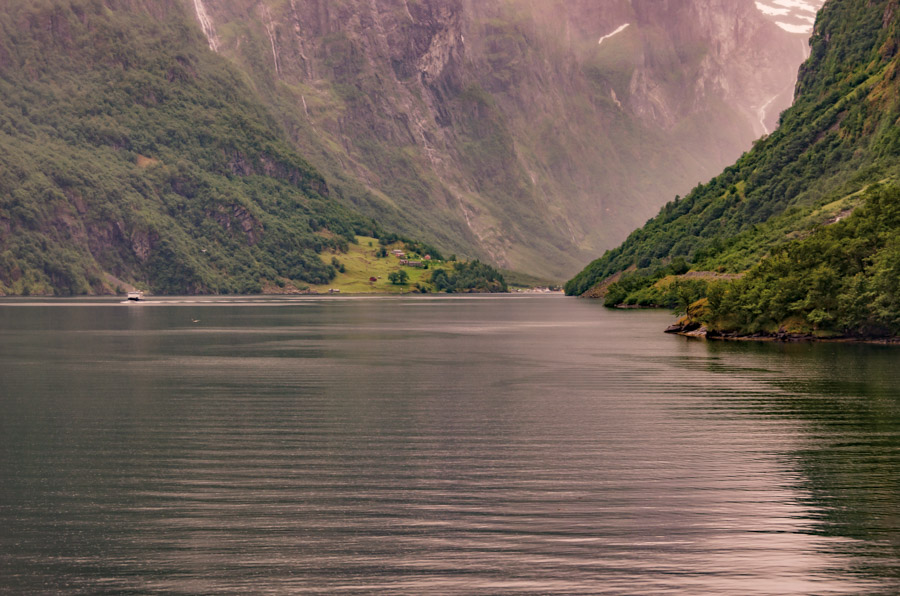 Plenty of waterfalls of varying size and ferocity provided glittering ornamentation seen through the drizzle. 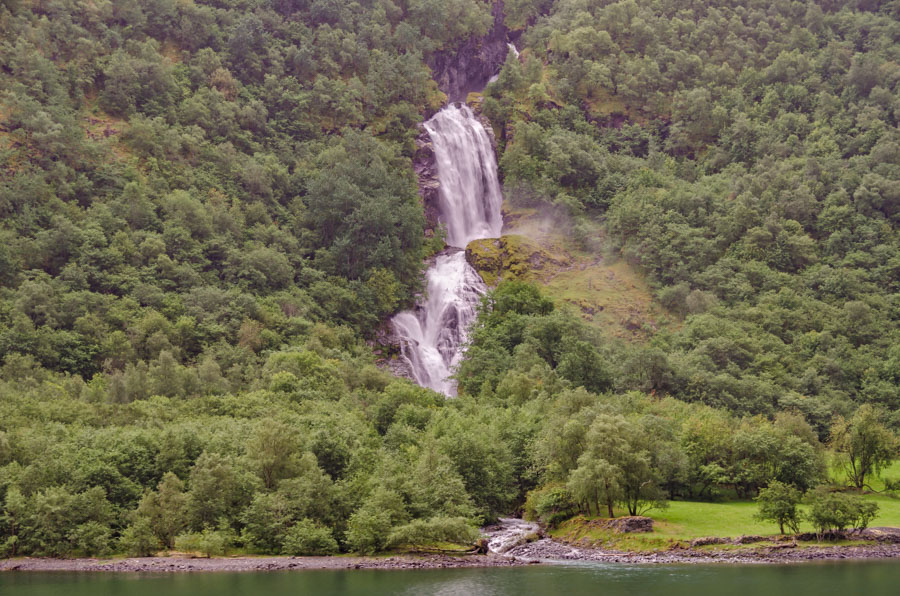 And in the end, we reached Gudvangen at the very tip of the fjord. It is but a smaller Flåm without the railway, and we had neither inclination nor really an opportunity to see what it could offer. 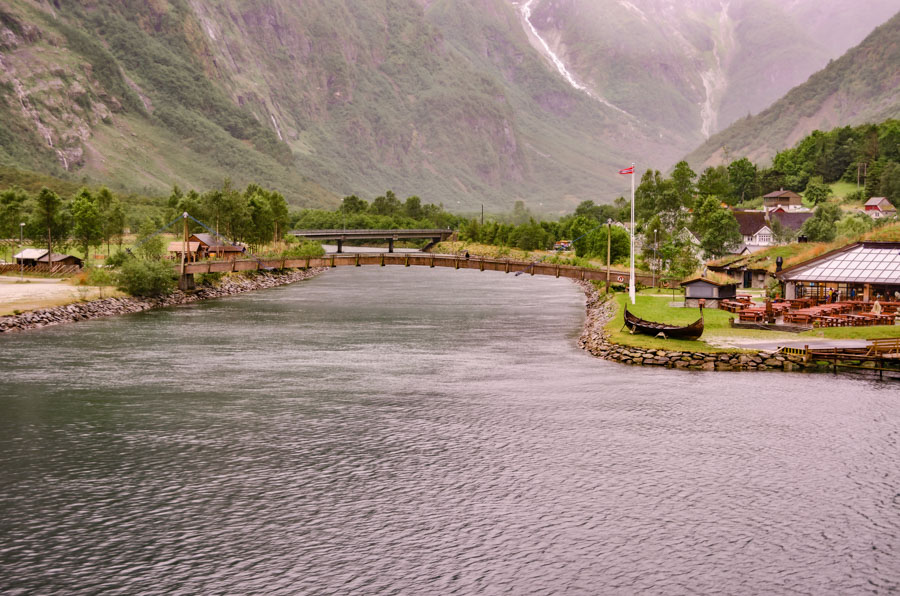 For a car-enabled traveler, Nærøyfjord is within the day-trip boundary from Bergen. I suspect that for those who truly want to experience the fjord, a couple of days is the minimum stay in the area, which would allow for activities such as kayaking or hiking.

These and a few more pictures from Nærøyfjord have been added to my Flickr Western Norway album.