We left Oslo via train on Bergen Railway, which takes about 7 hours to reach its final destination in Bergen. It is a comfortable and superbly scenic ride, highly recommended if you can spare sufficient time in your itinerary.

At the speed of about 200 km/h, through the glass window, and – let’s be honest here – with my middling skills, not many of the pictures that I had snapped along the way survived the post-processing quality control. That being said, a small pictorial selection could still be assembled to illustrate the ride.

In the beginning, as much as half an hour or so out of Oslo, the train still goes through towns with seemingly reasonable population density. 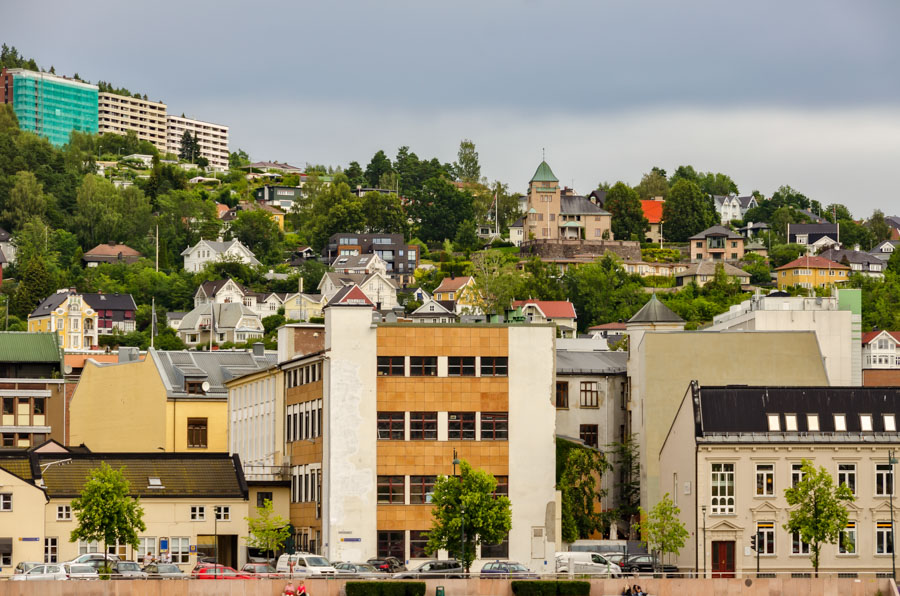 And then, it is all lakes, forests, and mountains. 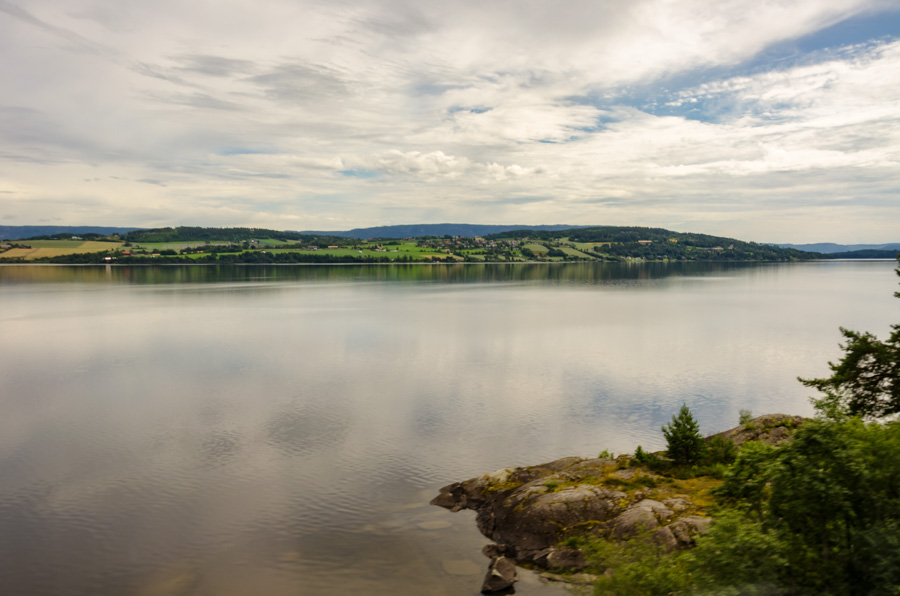 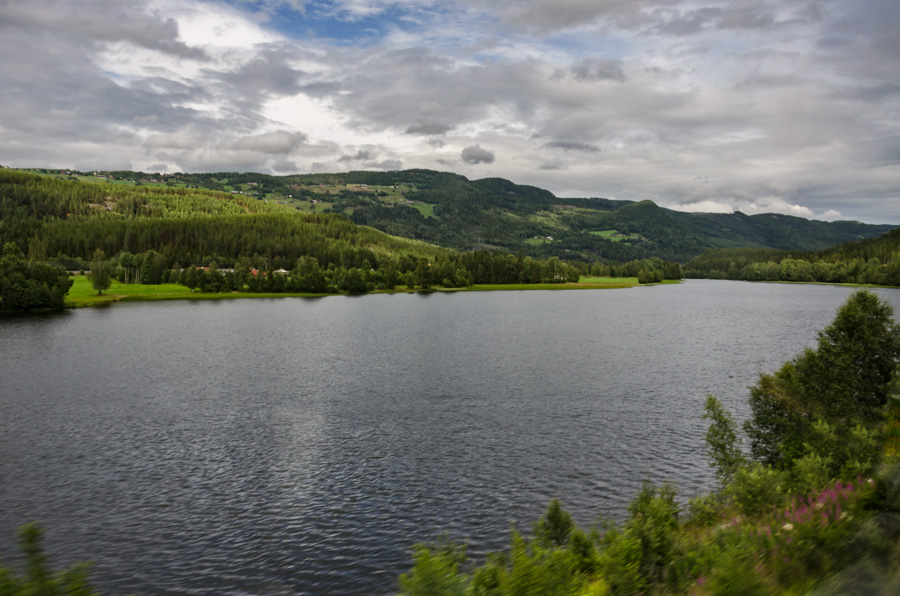 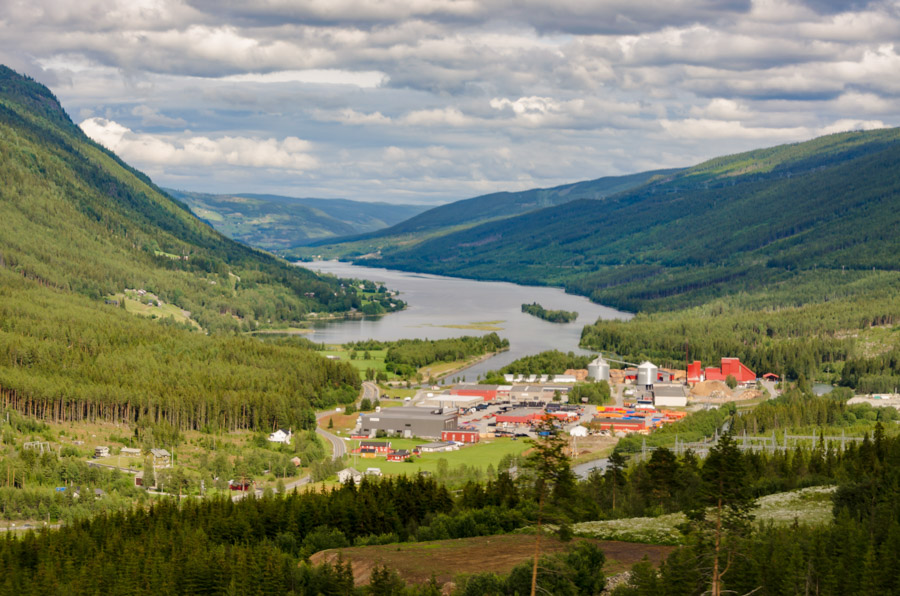 The villages along the way become smaller and farther apart. Almost invariably they cling to a foot of a mountain at a lake shore. 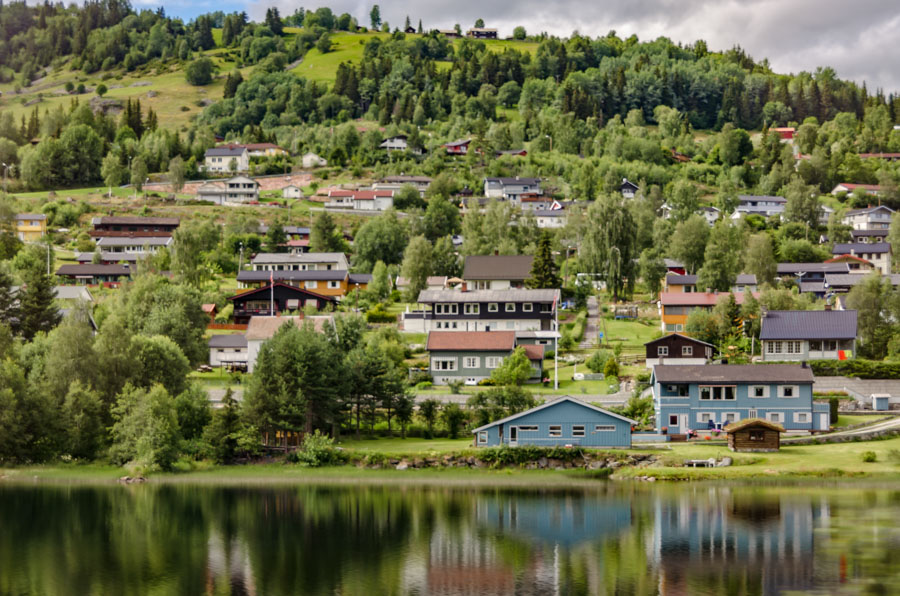 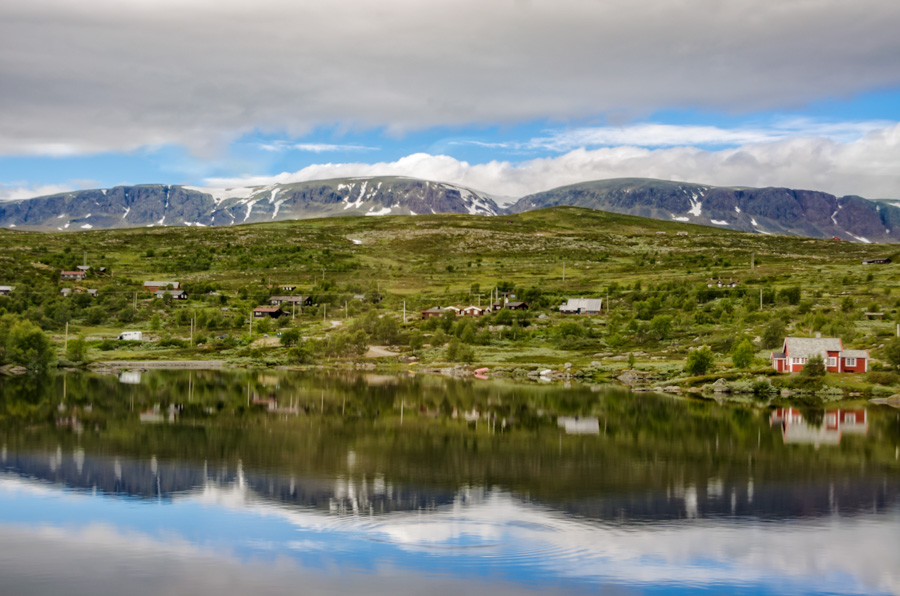 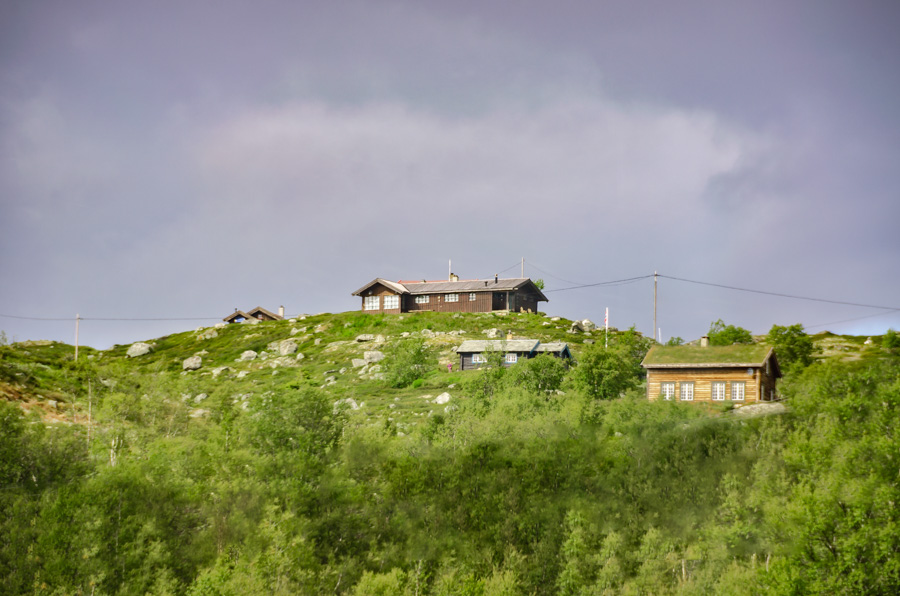 As the train climbs higher above the sea level, the landscape changes. The settlements here are surrounded by more rocky and barren landscape. 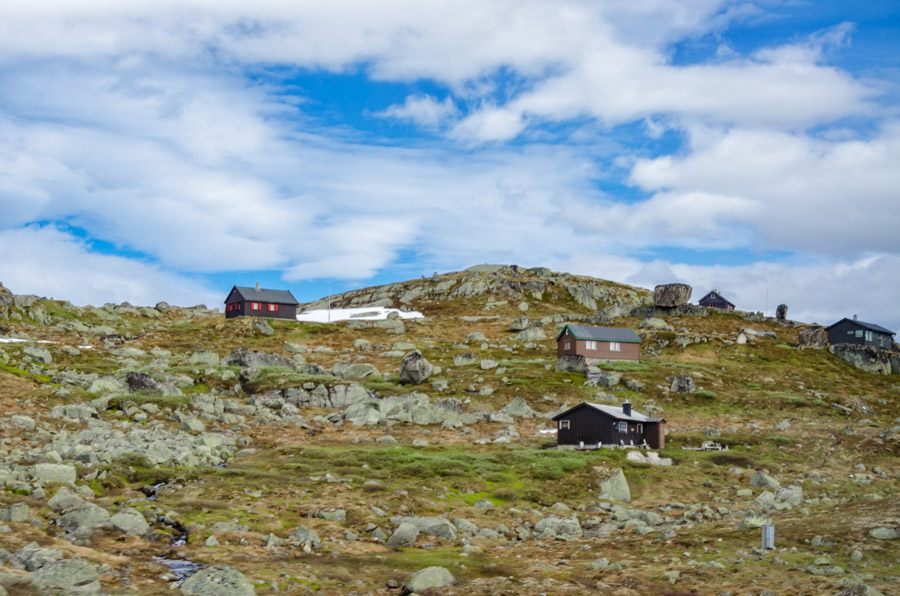 The next shot probably illustrates the vastness of the spaces the best of all. The most sharp-sighted may even discern people on the road, for better understanding of scale. 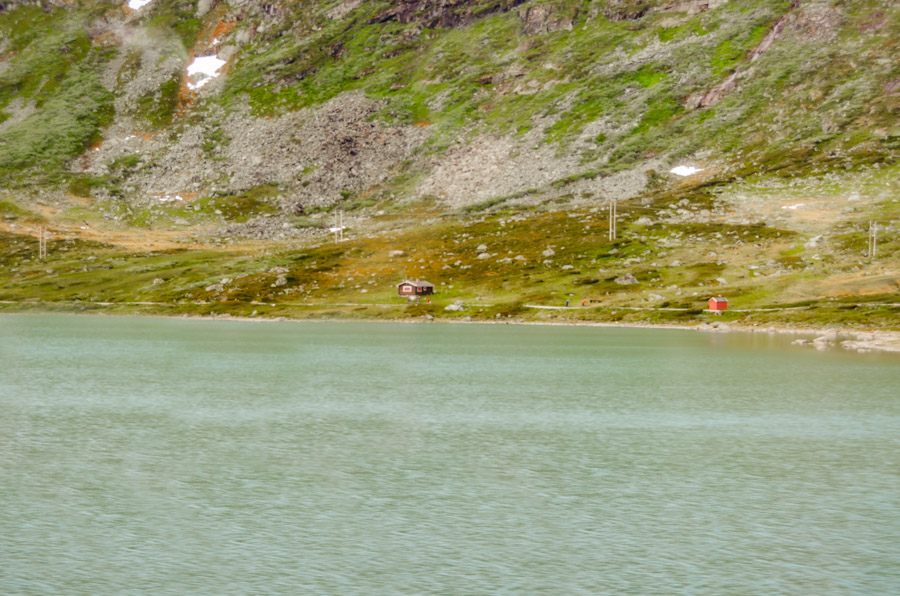 A close-up of what I think is a two-household hamlet. 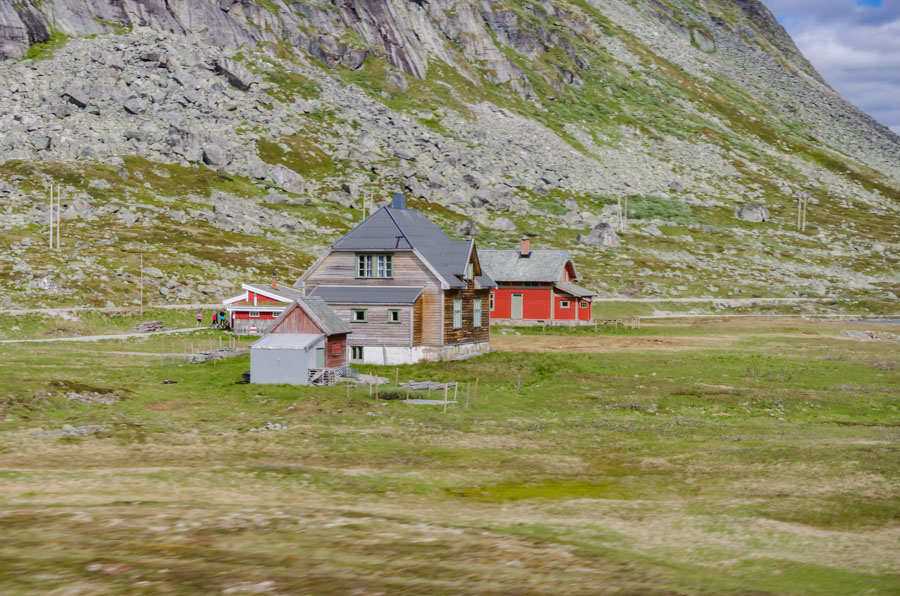 Village of Finse, at 1,222 meters above the sea level, is the highest point of the railway. Our coach stopped in front of this re-purposed railcar, which is part of the lodging-and-restaurant complex. You can see the fragment of the frozen lake beyond the railcar. The date is August 3rd. 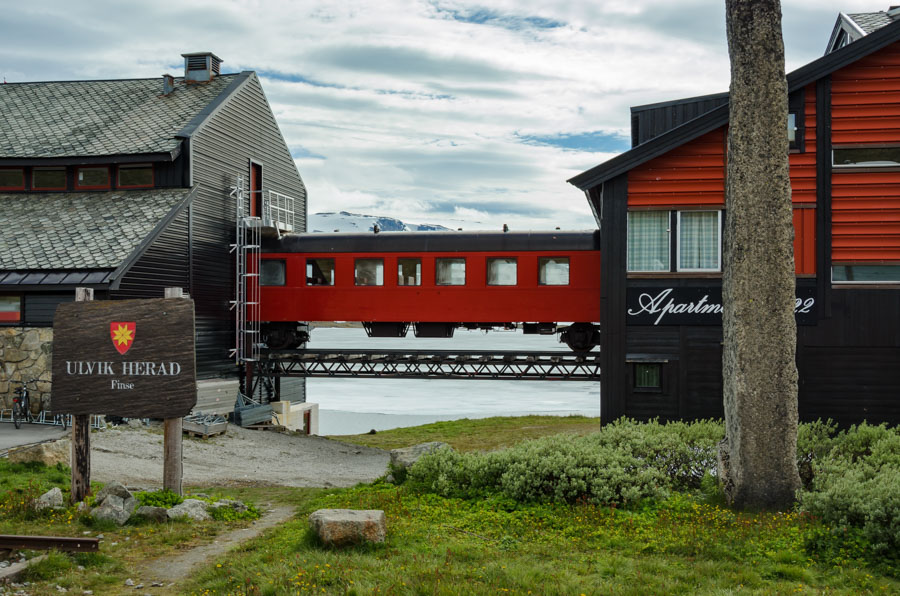 On the opposite side, here is the snowy landscape of Finse. 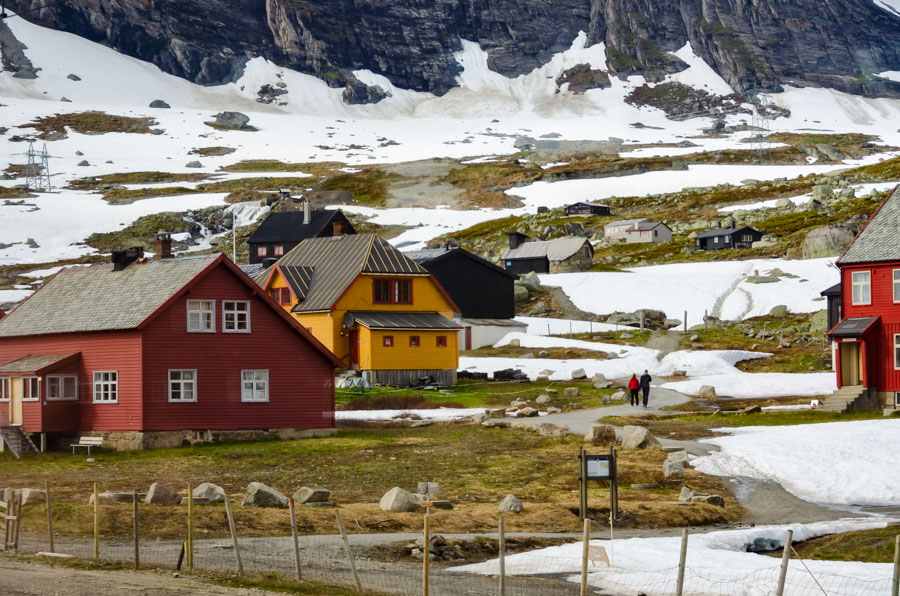 One more mountain village, slightly lower in elevation; snow does not completely melt in summer here either. 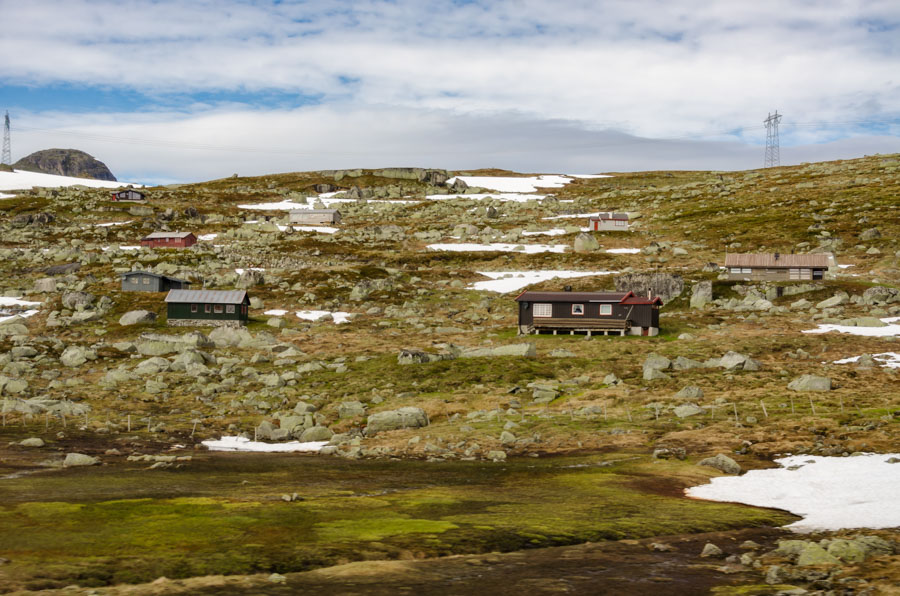 And a fragment of another lake among snowy mountains. 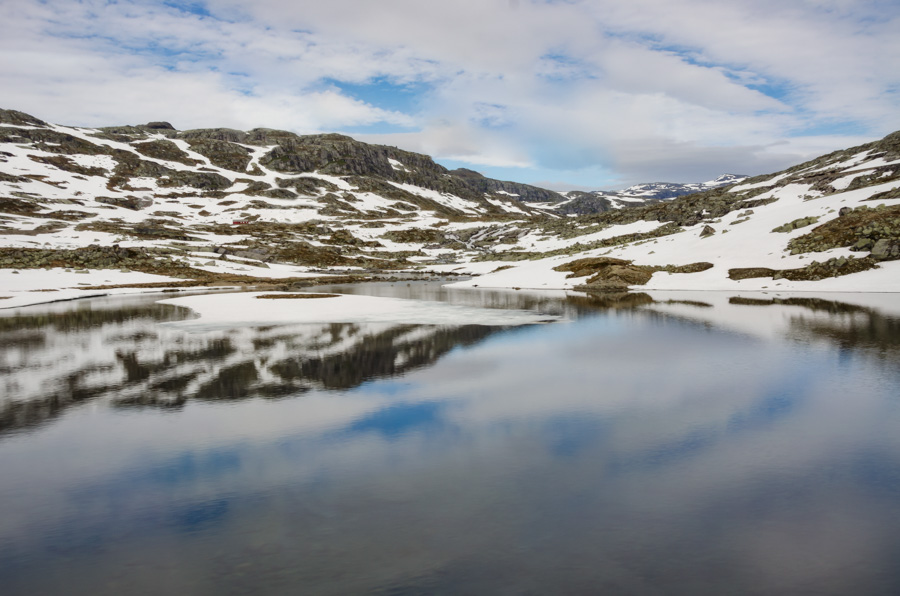 A couple of hours later, closer to Bergen, the landscape acquires fjord features. 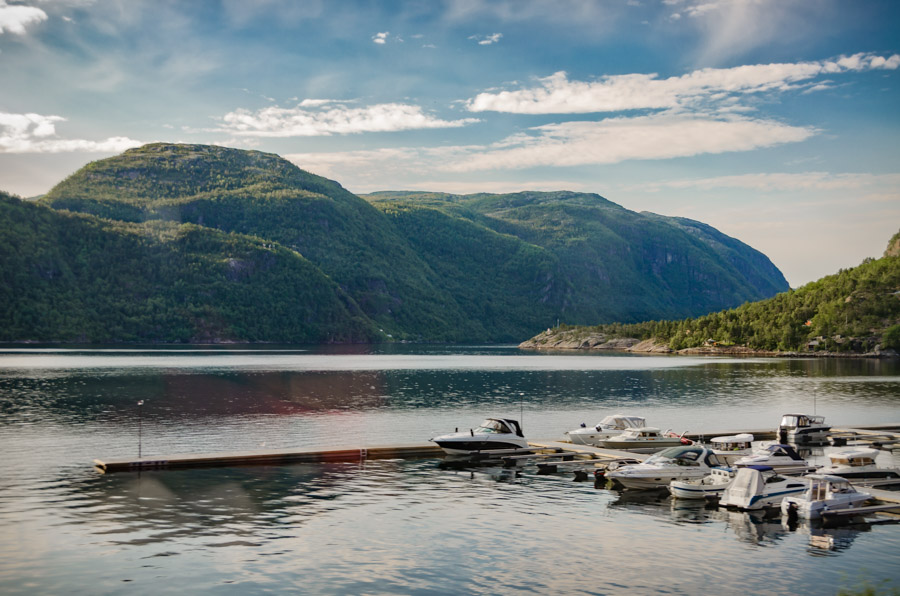 And a pretty rare sight – a big bridge spanning two sides of a fjord. 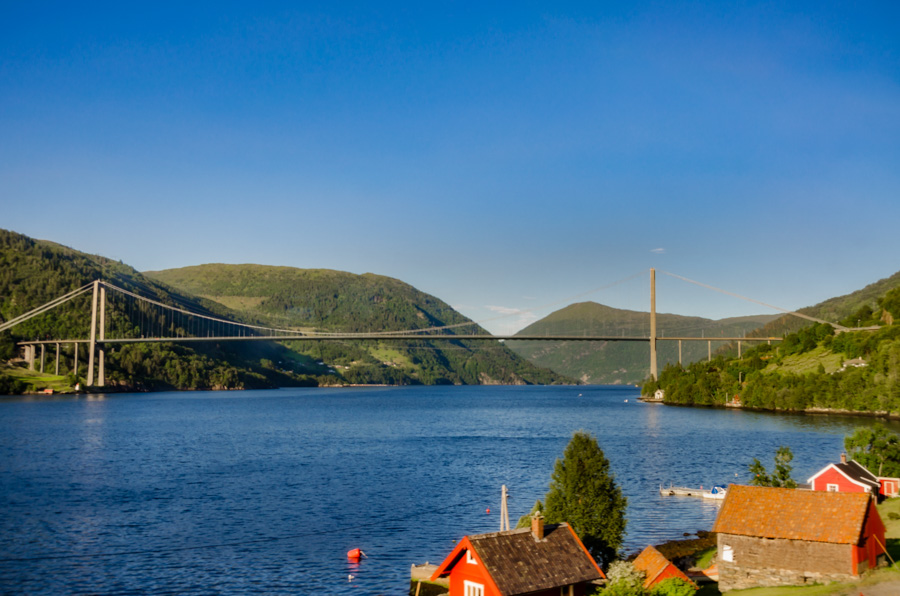 In twenty-five more minutes, we will arrive in Bergen.

These and other pictures from the Bergen Railway ride can be seen in the Western Norway Flickr album.