The imposing Kronborg Castle in 16th-18th centuries controlled the narrowest part of the naval gateway to the Baltic which ensured its place in the history of Northern Europe, forming the basis for its UNESCO recognition. It is also a fine example of Renaissance architecture and, for some people most importantly, the setting of Shakespeare’s Hamlet (called Elsinore in the play – the English name for Helsingør, the town where it is located – it could not have truly been the setting of the famous play since the events in it must be taking place at least three hundred years before the start of the construction of the castle in 1574).

This is my favorite shot of the castle, from the second ring of defenses across the moat. 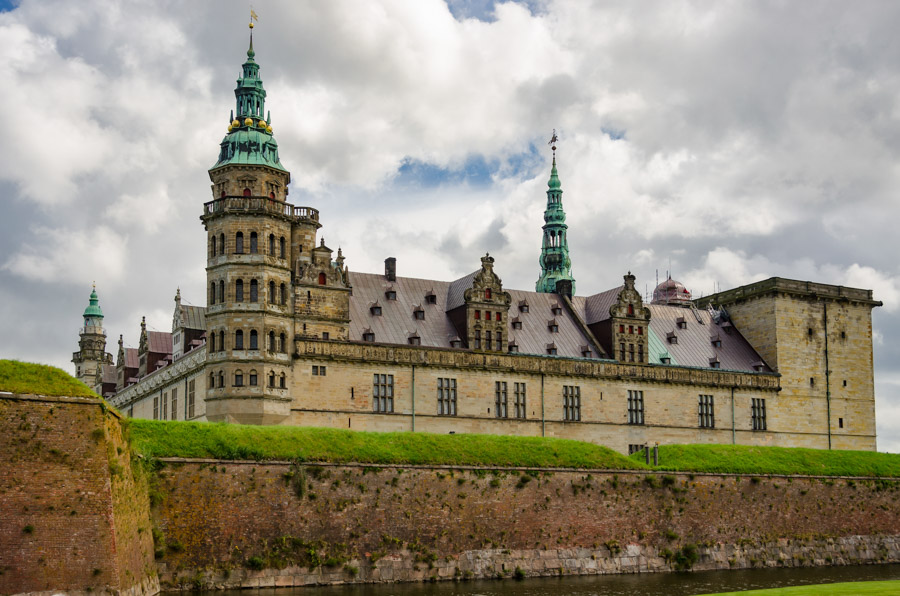 It is impossible to divine from the picture, but I actually got myself a slightly elevated vantage point in the form of a wooden dining table. And still, the angle remained visibly upward. I am starting to begrudge more professional – or simply more patient – photographers their ability to find better angles. That might explain my new-found willingness to lower my standards of behavior and climb with my feet onto a table in full view of disapproving public.

Be as it may, here are a few more upward angles with various perspectives of the castle. 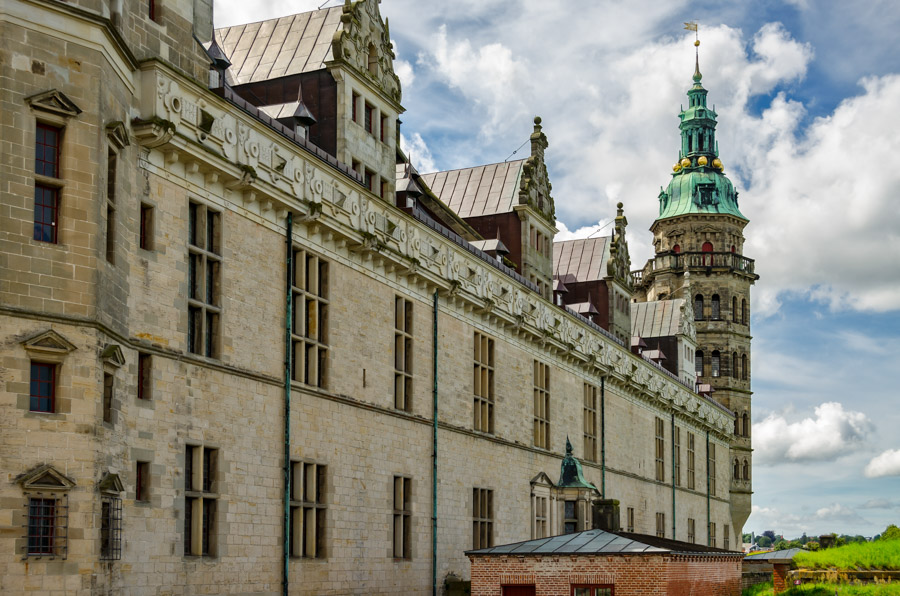 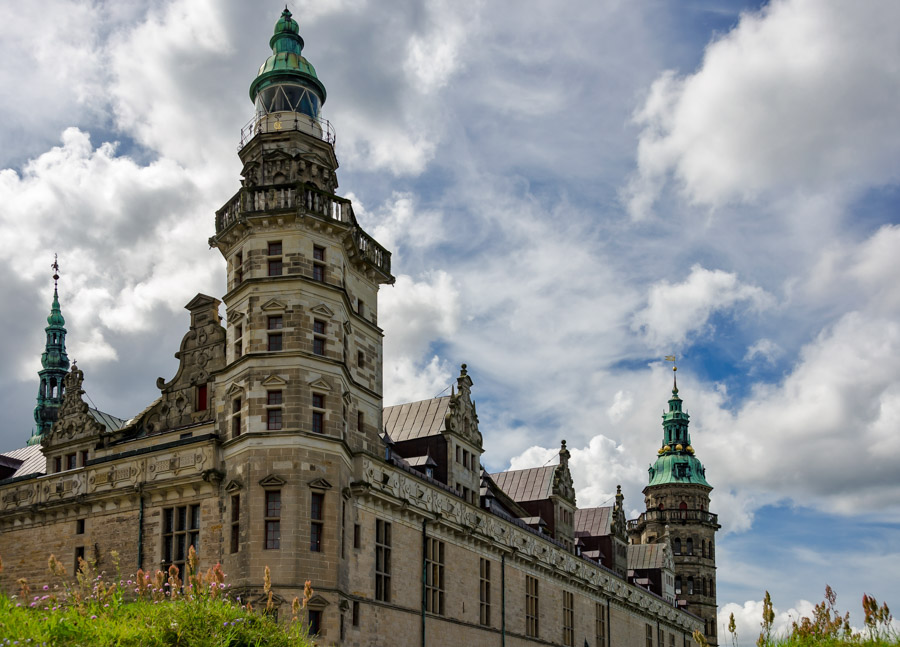 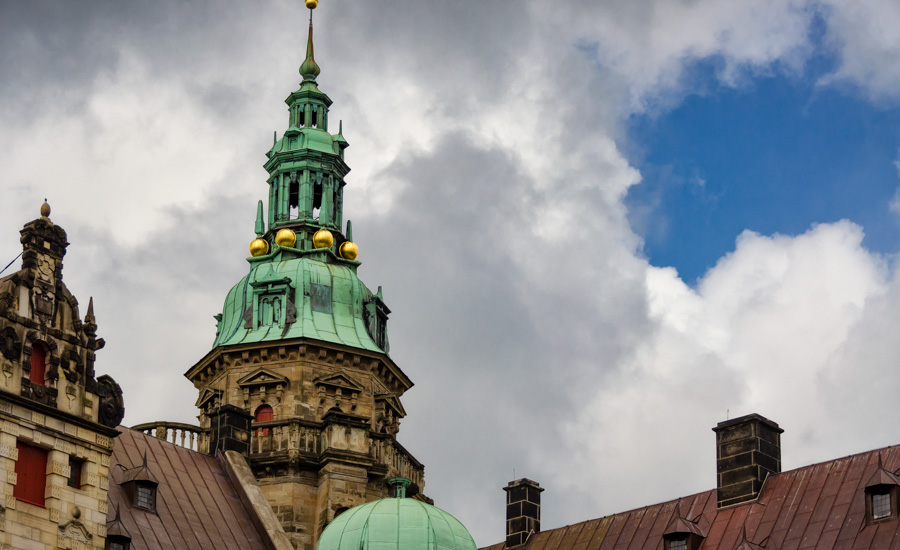 The castle interior is a bit on underwhelming side. There are a few impressive spaces, some original tapestry, massive fireplaces, intricate ceilings, and interesting objects. But overall the impression it leaves is of being a bit empty and unadorned. Which, you will hear if you join a guided tour, only makes sense since the castle was never a permanent royal residence – it was mostly furnished with the travel furniture that the court brought along when it arrived.

Here are a couple of interior shots. The first is in the Great Hall. 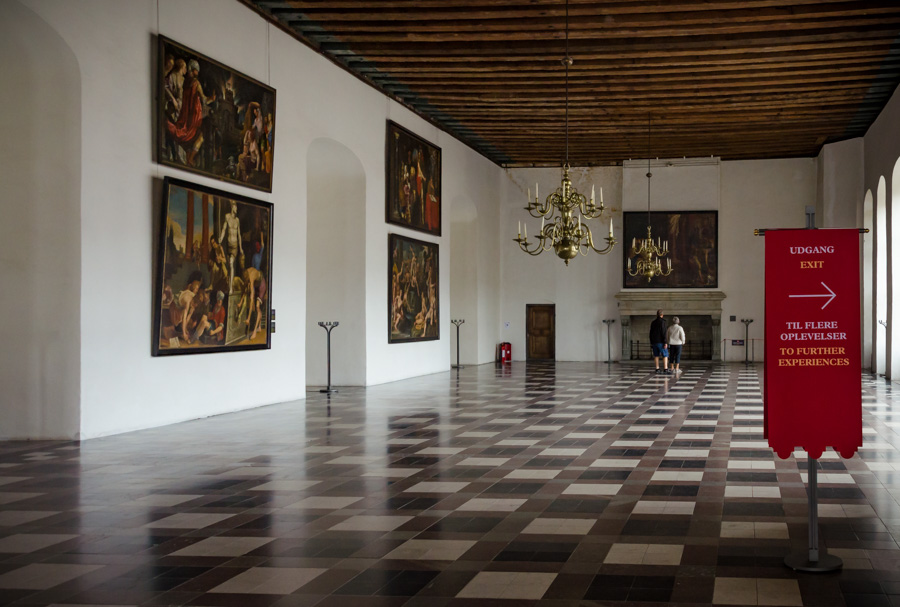 There are several different “routes” to explore the castle on your own, plus a separate chapel which inhabits the oldest original space within the walls. A fragment of chapel’s benches. 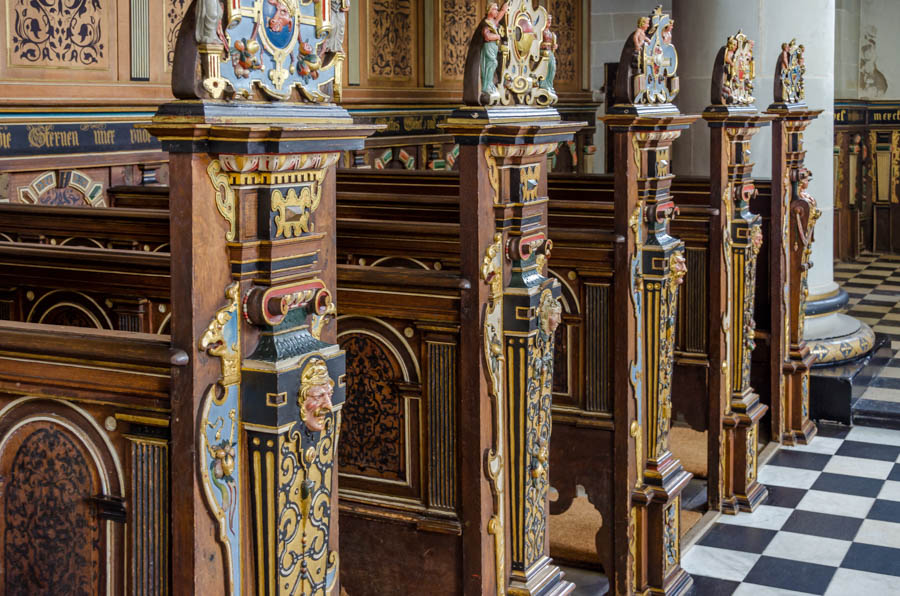 Inside the first ring of defenses, there is some impressive artillery on display. 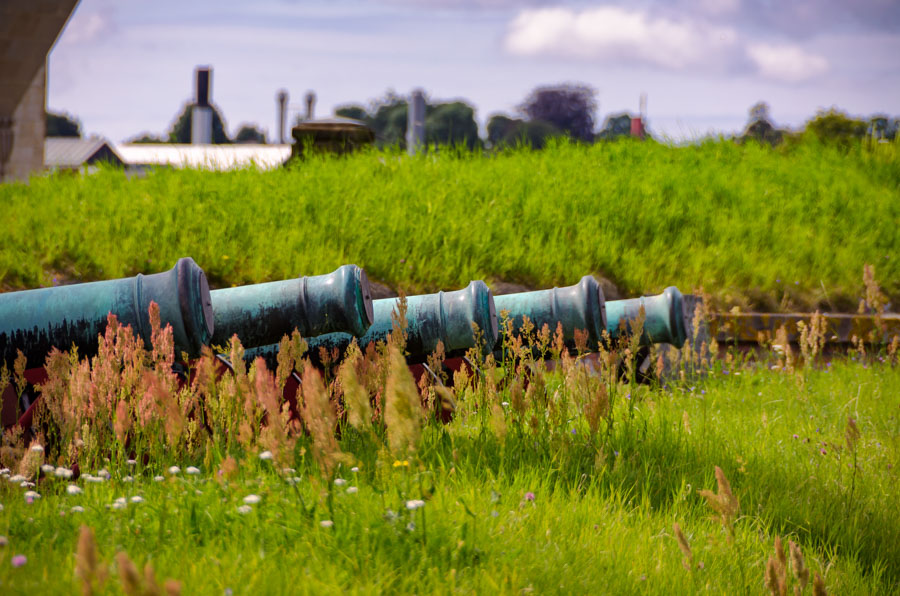 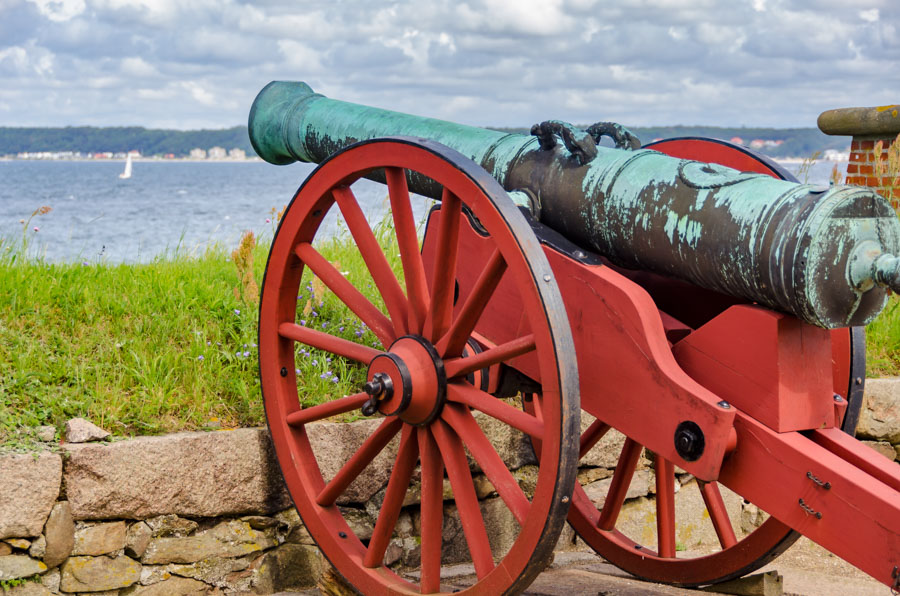 It was an interesting visit, although not to the level of being blown over by what we saw. I want to be careful in staying away from direct comparisons but it feels as if we have seen more awe-inducing castles on our travels. We spent a little under two hours at Kronborg, including the half-hour introductory guided tour. I have no doubt that a true connoisseur would find hours worth of exploration there.

Helsingør takes about 45 minutes to get to from Copenhagen central station; trains run every 20 minutes at their least frequent during the day. The walk to the castle from the station is another 10 minutes or so.

These and a few other pictures of Kronborg Castle have been added to my Copenhagen Flickr album (scroll to the end of second page).