3 countries, all visited for the first time. 4 major towns, each explored in significant depth. Several day-trip excursions of varying durations. 6 UNESCO sites added to my collection. Travel between destinations using planes, trains, boats, buses, trams, metro, and an occasional taxi (not a single minute behind the wheel, though). Approximately 250,000 steps as counted by Fitbit. Nearly 3,000 photographic clicks.

As is always the case, our latest traveling adventure can be proclaimed an unqualified success. Although the weather showed its summery side only on the last leg of the trip, we had just one day in two weeks that was spoiled by uncooperative skies (the fact that the day was the one during which we were exploring the most dramatic natural phenomena on our itinerary could simply be my karmic payment for always prioritizing man-made attractions over nature-built ones).

This was our first ever attempt to cover “highlights” of a multi-state region on a single trip, as opposed to a circuit around a single country. Although we certainly did not rush through stops on our itinerary, we probably left another couple of days of exploration off the table in places that we did visit, and also completely bypassed a few other destinations that warrant attention. Which can only mean that we will back one day.

And if you have been following us on Facebook, you are aware of our culinary exploits (although, truth be told, we set the bar so high in Copenhagen that the rest of the trip paled in comparison in food context).

I will be publishing photographic evidence for all to see as I progress with post-processing. My guess is late fall is when it is all will be finished. You all have months and months of anticipation and admiration ahead of you.

For first impressions, here is a panorama of Bergen from Floyen mountain. 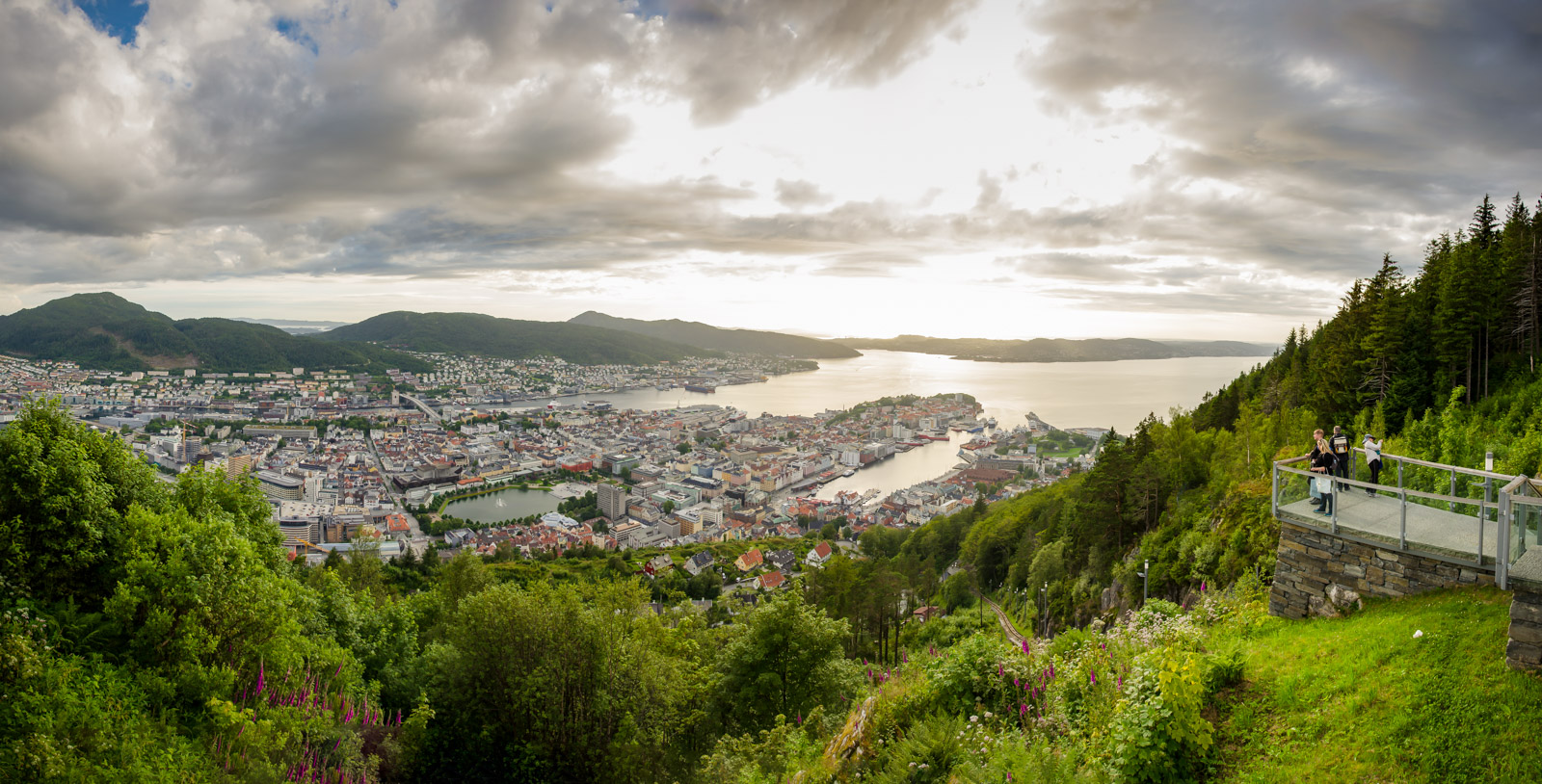