Québec City is the only town in North America to have preserved its defensive ramparts and its historic center presents one of the best examples of a fortified colonial city. That gives the city a shade of a European feel which is quite welcome by these particular europhiles.

Here is the iconic look of the town from St. Lawrence river, dominated by Château Frontenac (which, underwhelmingly, is just a hotel and has never been anything but a hotel). 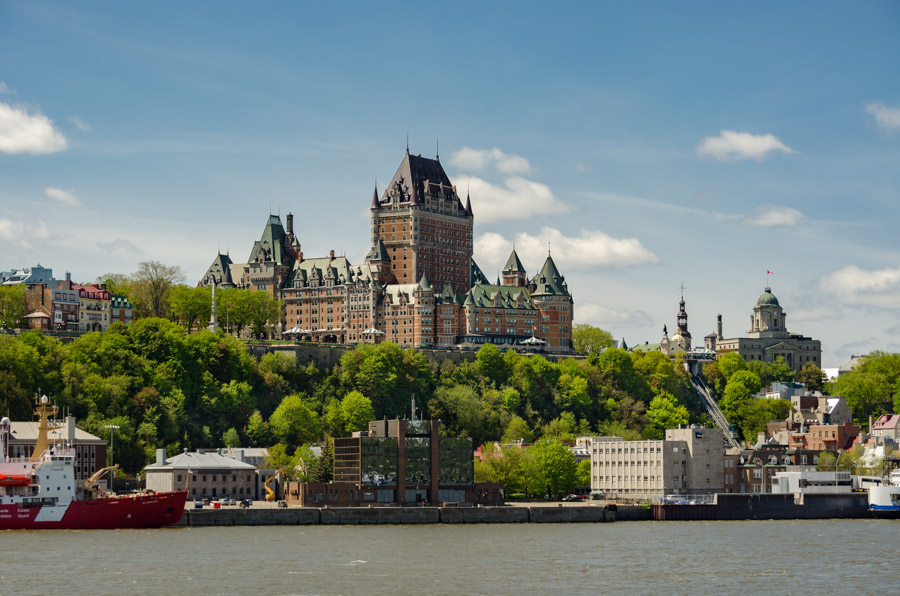 Fortifications themselves are not too visually impressive but the fact that they are still here is. 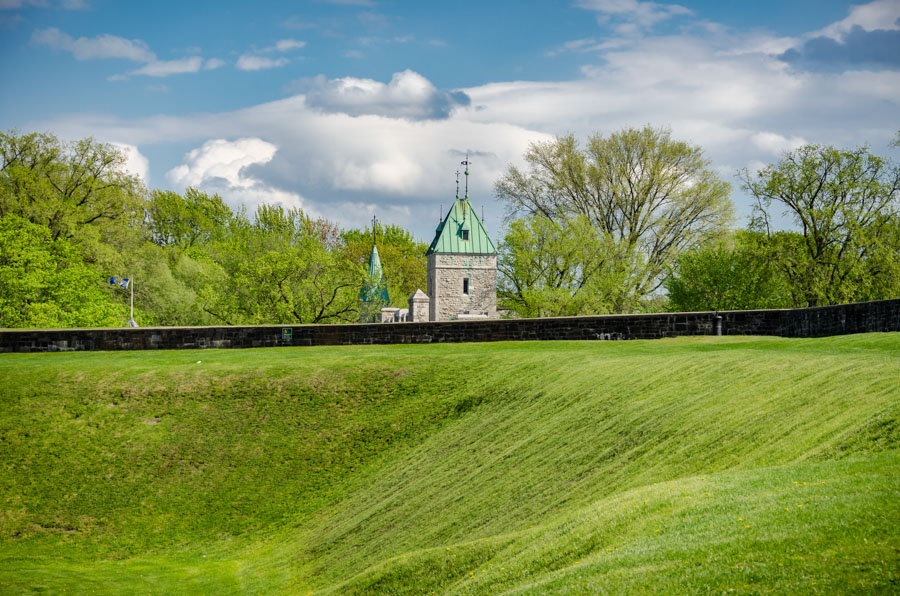 Major arteries into the heart of Upper City go through the gates that were built towards the end of 19th century with the expressed aim of preserving the city walls. This is St-Jean’s Gate. 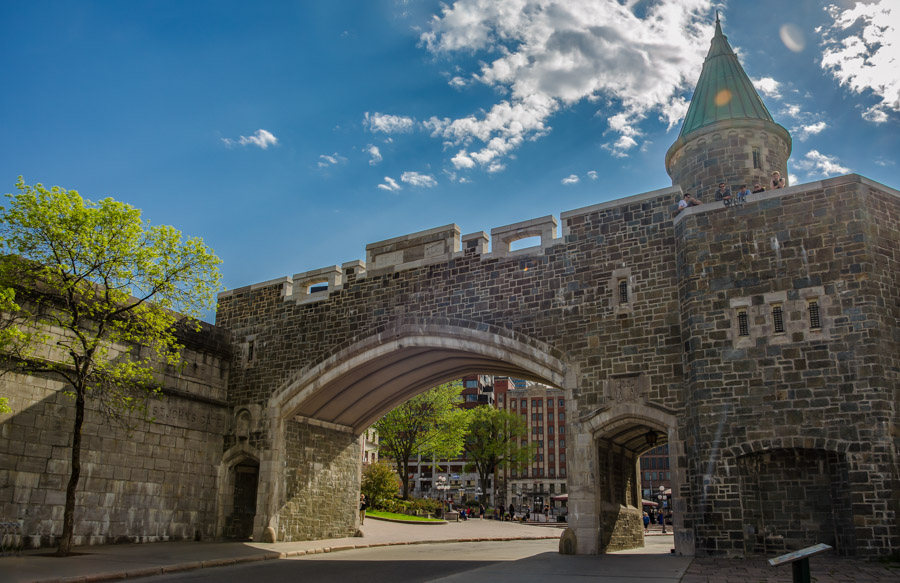 The edge of the Upper City overlooking the river from high above is occupied by Terrace Dufferin, a wide boardwalk named after the Canadian governor general who contributed to the preservation of the city heritage in the 19th century. It is also where the Château Frontenac is. 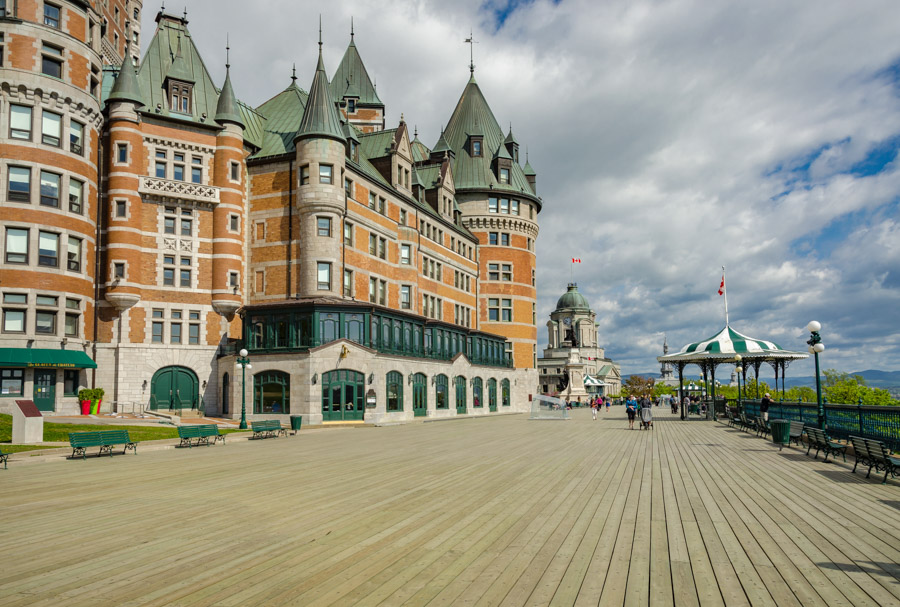 At the beginning of the terrace there stands a monument to Samuel de Champlain, founder of Québec. 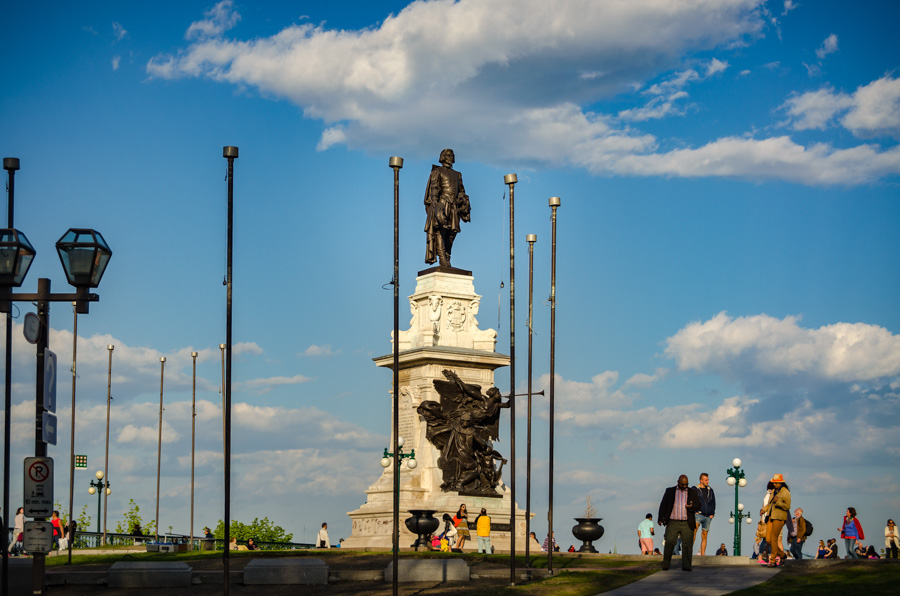 A guide on a walking tour around the city told us that no one knows what Champlain actually had looked like, since there are no surviving portraits of him, so the model for the monument had been some random nobleman. Not sure whether it’s a local urban legend.

Here is another perspective of the Château, from Rue St-Louis, with the Champlain monument seen in the background. 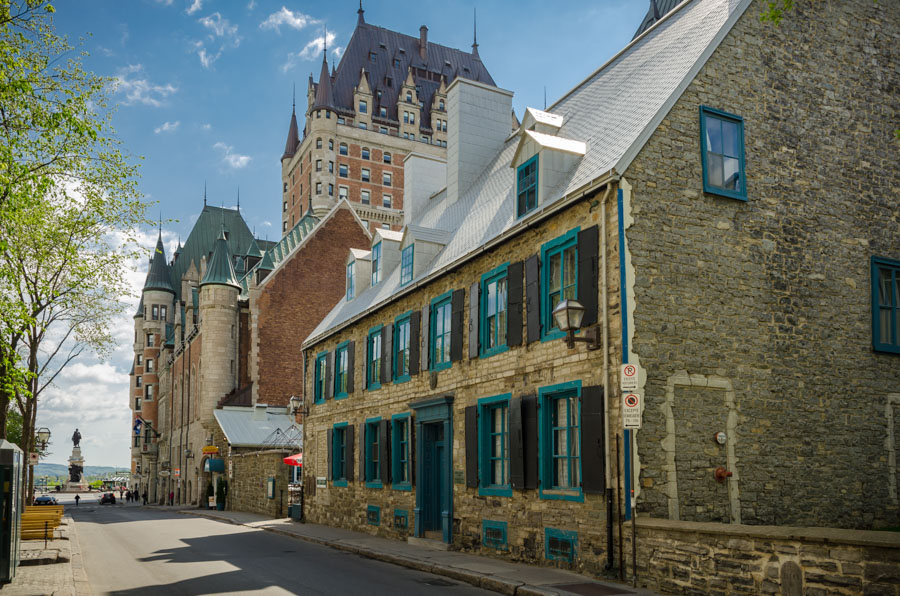 Less than a few hundred steps from Terrace Dufferin and the main tourist routes one can find quiet and picturesque locations such as this corner of Rue des Jardins. 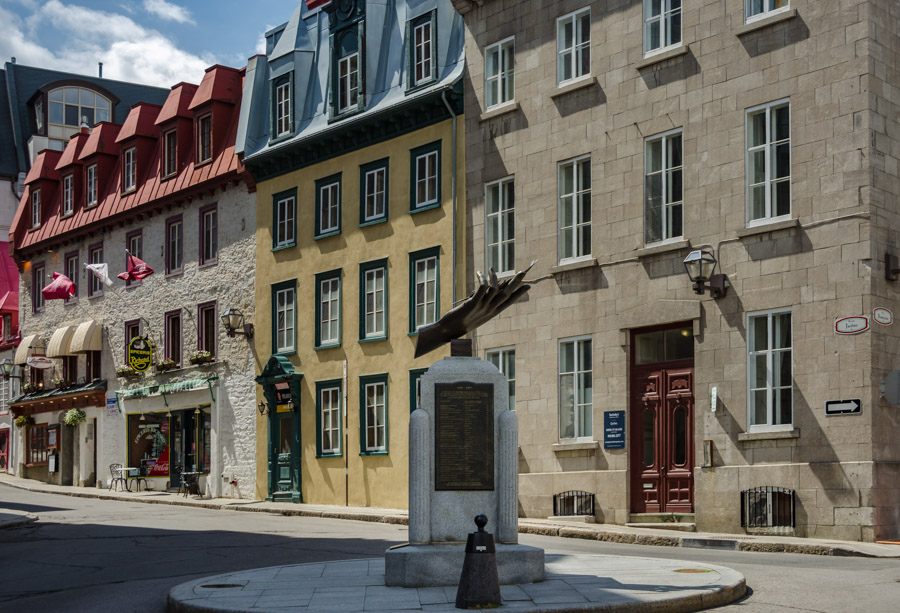 The focal point of Lower City is cozy but busy Place Royal. My favorite perspective of it is of this corner, which is probably as European as you can get in North America. 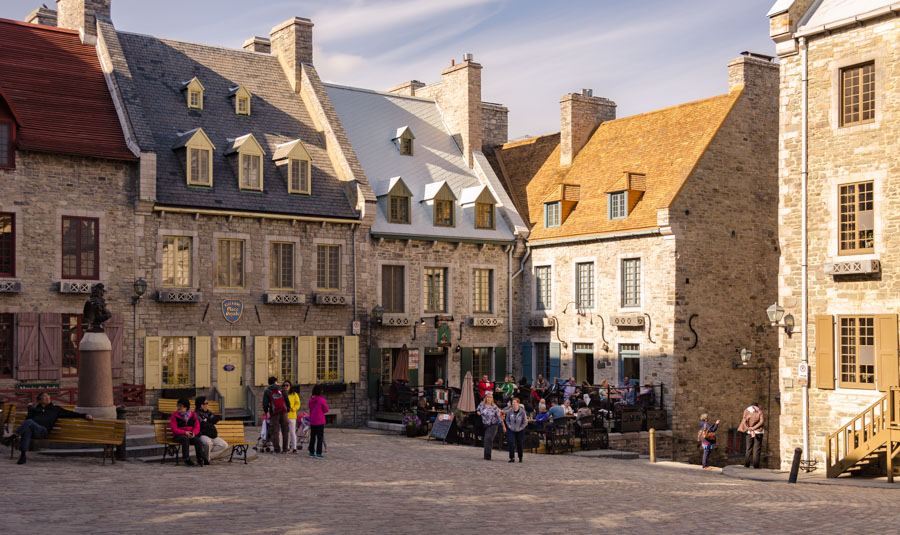 And here is a fragment of Rue du Petit Champlain, the main pedestrian street of the picturesque lower quarter. 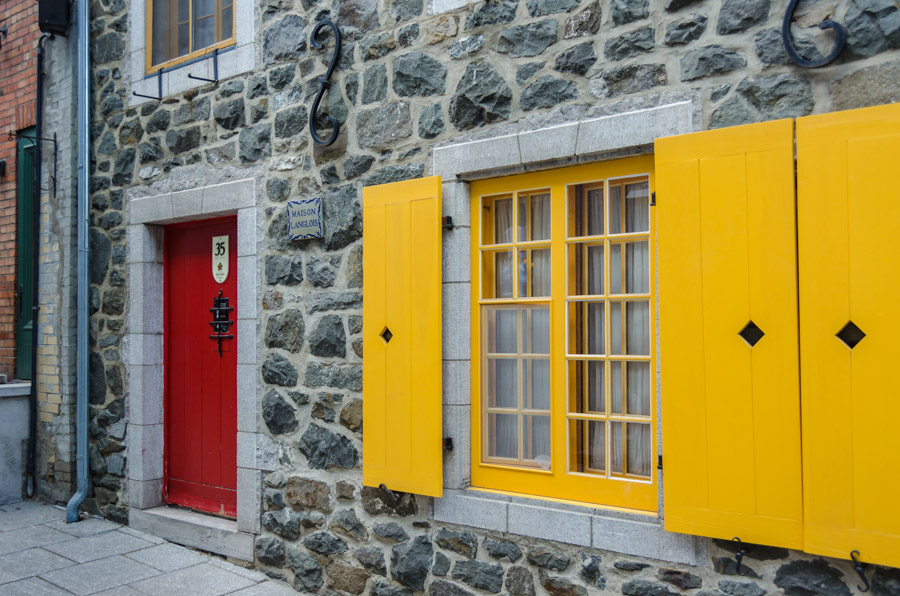 Two full days seem a sufficient time to explore the city and its main attractions.

These and other photographs of Quebec City have been added to a Flickr album.