As I decided to cover all World Heritage sites in Netherlands on my recent trip, I could not bypass Wadden Sea. It would be my first UNESCO site in the “Nature” category – I admit that I am more architecturally- and culturally-inclined and my travel destinations are almost never nature-centric. I had to open that count somewhere, so why not at Wadden Sea.

Wadden Sea is recognized as the largest intertidal ecosystem of sand and mud flats. The sea extends though the boundaries of three countries covering a pretty large area. The easiest way for me to get a feel for the place was to hop on the ferry from Holwerd on the “mainland” to the island of Ameland, effectively crossing a stretch of the sea.

Here are the aforementioned sand flats as seen from the ferry. 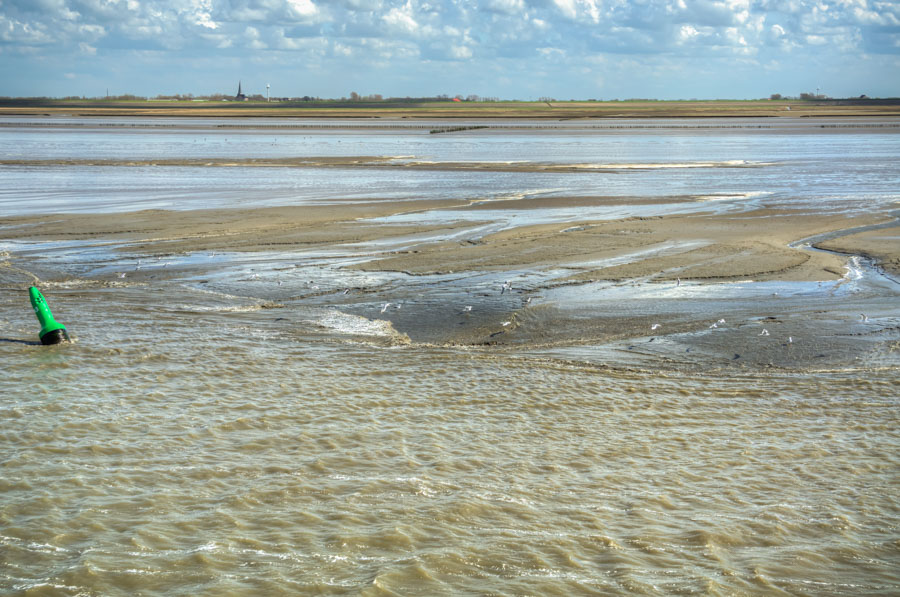 A view across the sea. 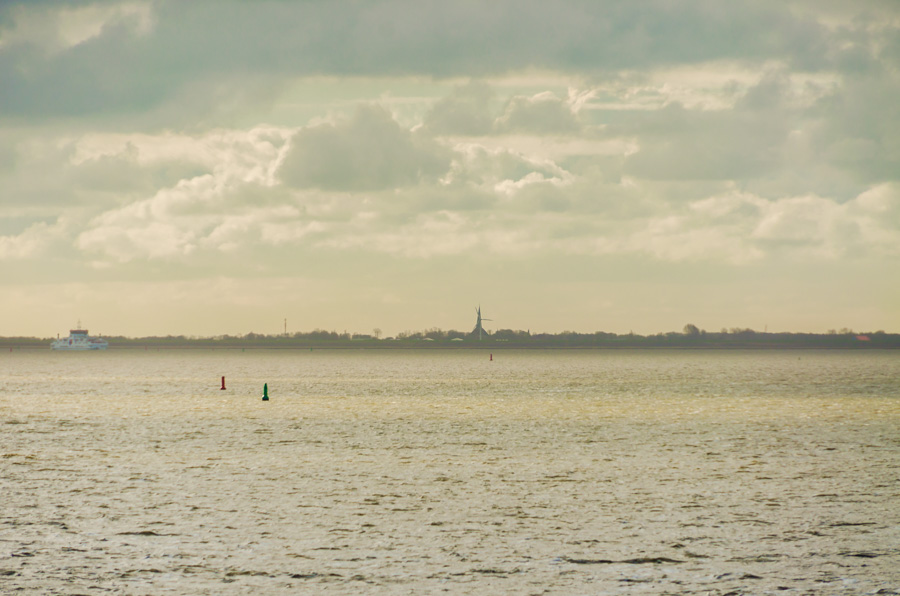 There is not much here to induce a feeling of being awe-struck, to be honest. Just a nice flat seascape, with minor coastal features to break the monotony.

The islands that make up the outer boundary of the sea must be part of the ecosystem (they have beaches – and beaches are mentioned in the UNESCO inscription), but the island villages do not feature in World Heritage designation. Nonetheless, my plan was to spend the night exploring the village of Nes, on Ameland. Here is the view of Ameland from the distance. 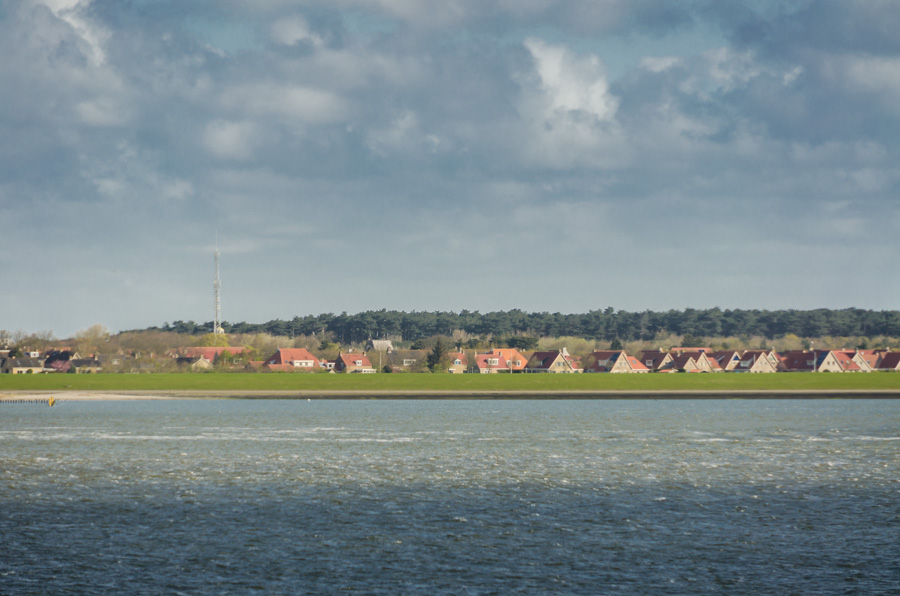 Nes, very cute and quaint, appeared nearly deserted and entirely tranquil, but the concentration of restaurants in its center (some of which had quite a few patrons inside) suggested a significantly higher level of busy-ness in summertime. Here are a few shots of the village. 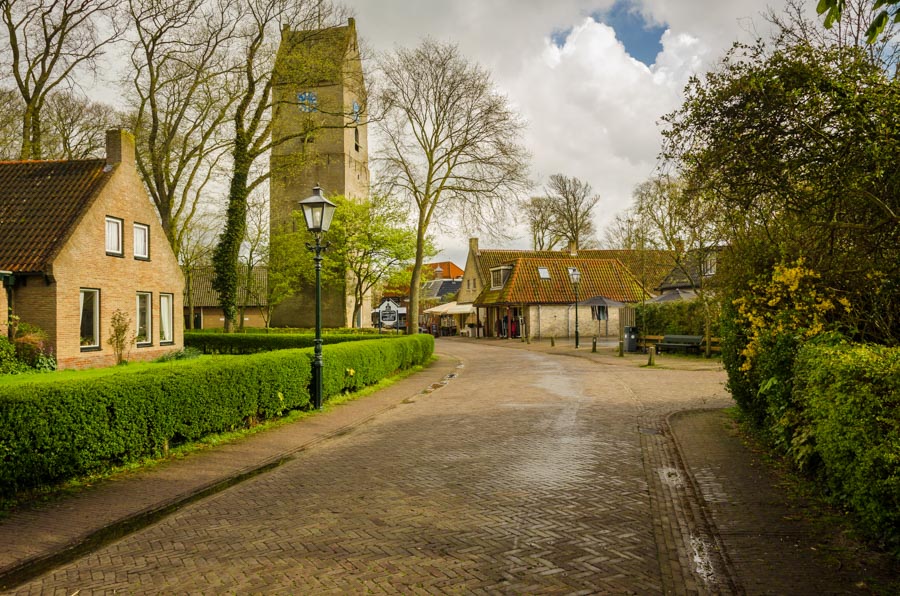 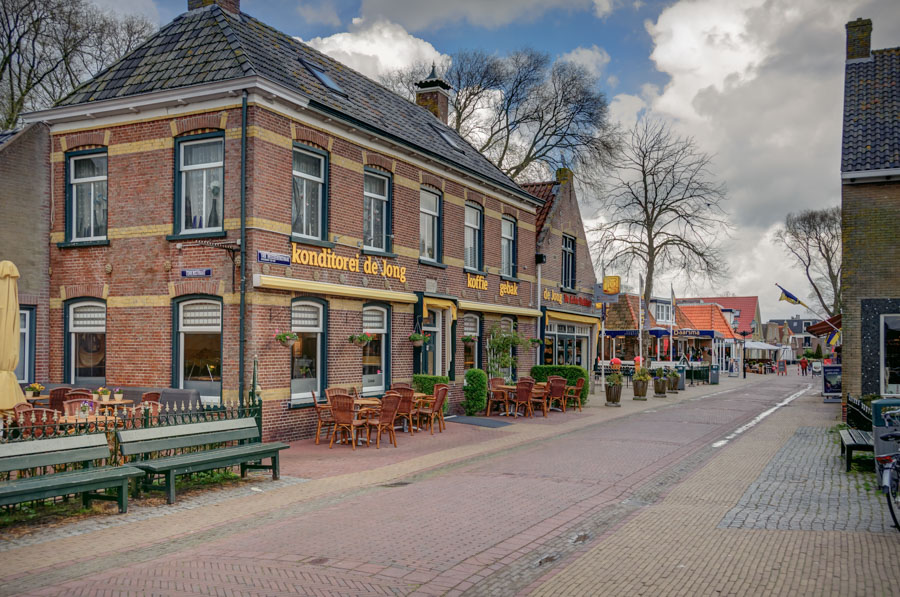 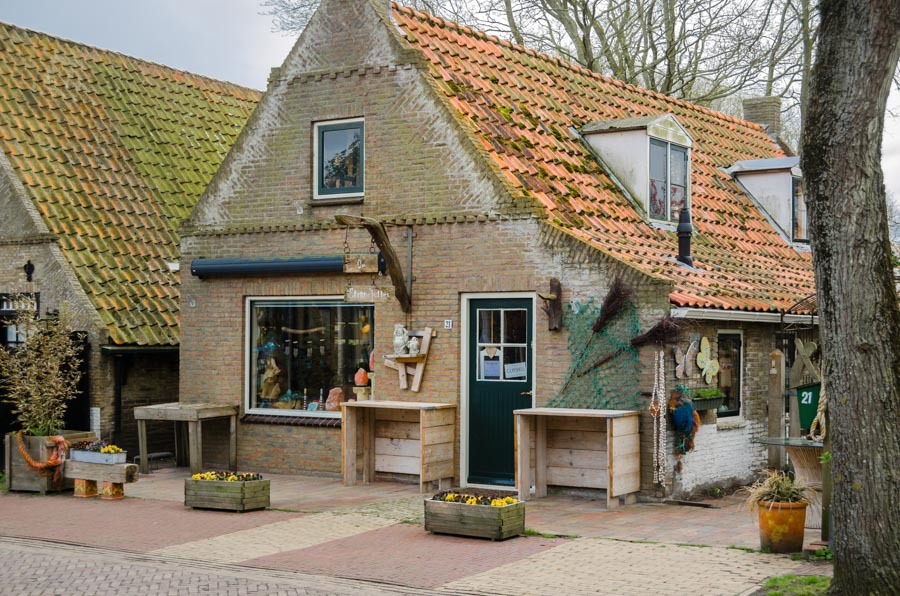 After a couple of hours circling through streets of Nes, a dinner, and a good night sleep, I hopped on the morning return ferry and crossed the sea again.

It is hard to estimate the proper length of a visit to get well acquainted with Wadden Sea. My mid-afternoon-to-next-morning visit must be the bare minimum. Ameland offers a few resort getaway activities that can sustain a long-weekend timeframe, and elsewhere on the sea shores (not just in Netherlands, but also in Germany and Denmark) you can go tidal flat walking, birds and seal watching, or just to the beach to swim.

The ferry between Holwerd and Ameland has 7 daily departures once every two hours; the schedule goes to hourly in summer months.

These and other pictures from Wadden Sea and Nes have been added to my Flickr Netherlands album.