One day while in Amsterdam, I rented a bicycle and rode an hour out of town in search of my next UNESCO World Heritage site.

Defense Line of Amsterdam is recognized on the UNESCO list as the unique system of fortifications based on water control. The ring of 40-plus armed forts encircles Amsterdam, with some of the sites located at a fair distance from the city.

One big problem is: You cannot easily visit practically any of the forts. Some are nowadays private properties that do not allow any tourist access. A few are museums open on a very limited schedule. Others open their doors for the month of September which is termed the “Defense Line Month”. Just one or two can be visited on more regular schedule during spring and summer (but they required more effort to get to that I was willing to expend).

Which presented me with a conundrum (that would be repeated at other locations on this trip and will undoubtedly reappear in the future): Can I count a site as “visited” if all I could do is take exterior pictures of it?

My answer to that will be: As long as I made a concerted effort to see the site to the maximum extent of available access, it counts. The official Defense Line website lent me a helpful hand in this particular instance by listing a property that could be visited year-around but is not listed on the UNESCO inscription. Combining exterior shots of four other locations with an in-depth visit to Muiderslot gave me sufficient justification to claim having explored the Defense Line of Amsterdam.

The first one of those locations, Diemerdam Battery, houses a recently-built event venue on its grounds. At the time of my visit, there were no people except some passerby in the vicinity, the gates were not closed, so I actually entered the grounds and walked around a bit (also helps the aforementioned claim). 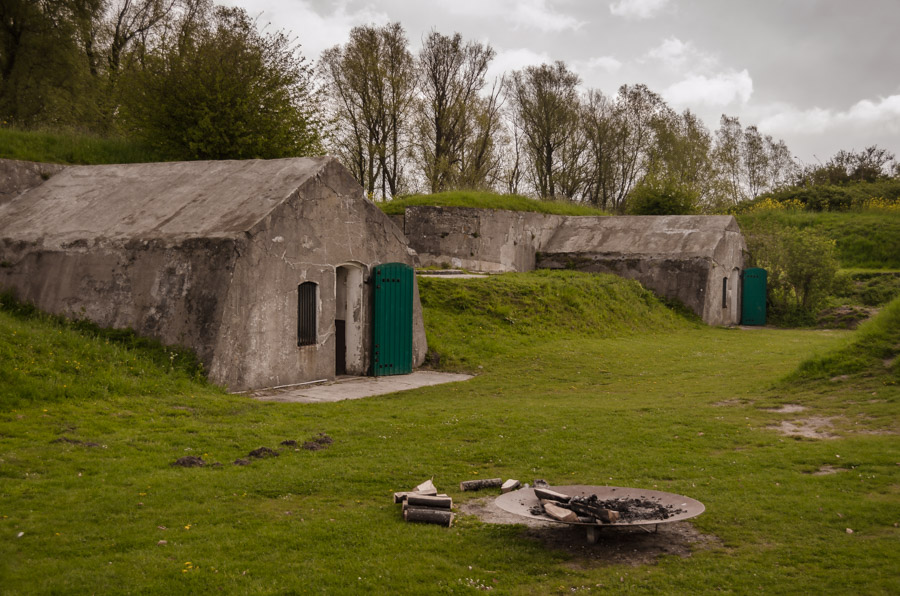 The next three, Westbatterij of Muiden, Muizenfort, and Ossenmarkt fort in Weesp, are all inaccessible for visitors, so here are the exterior shots of each. 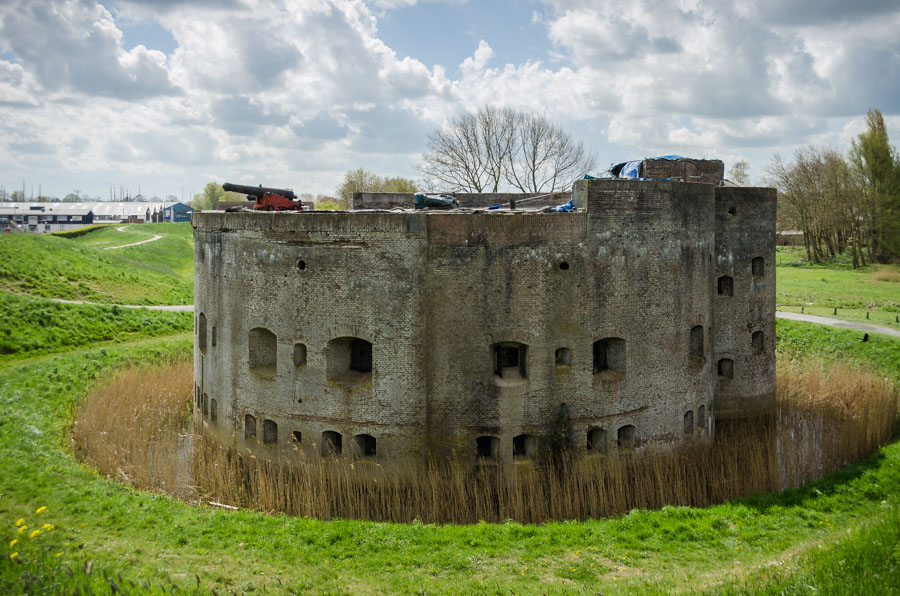 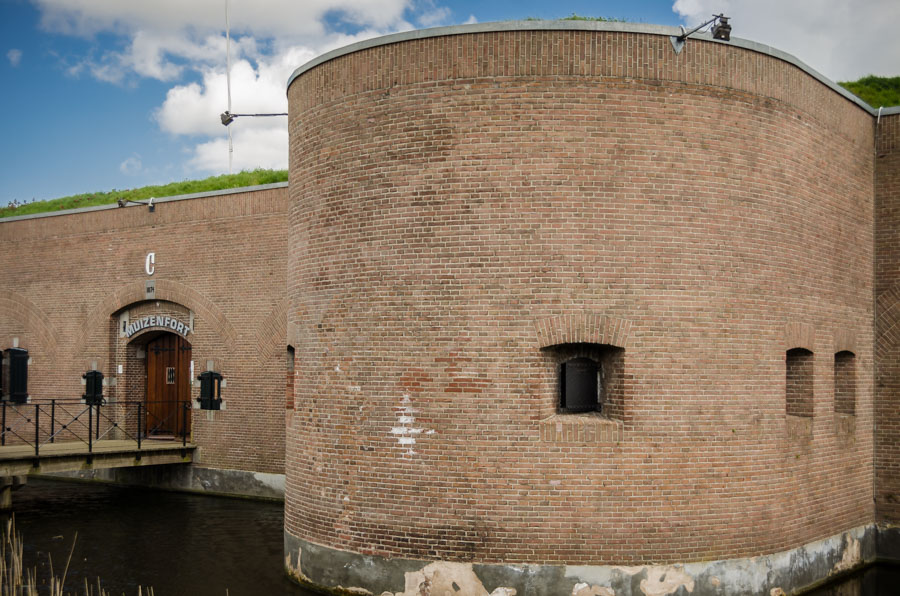 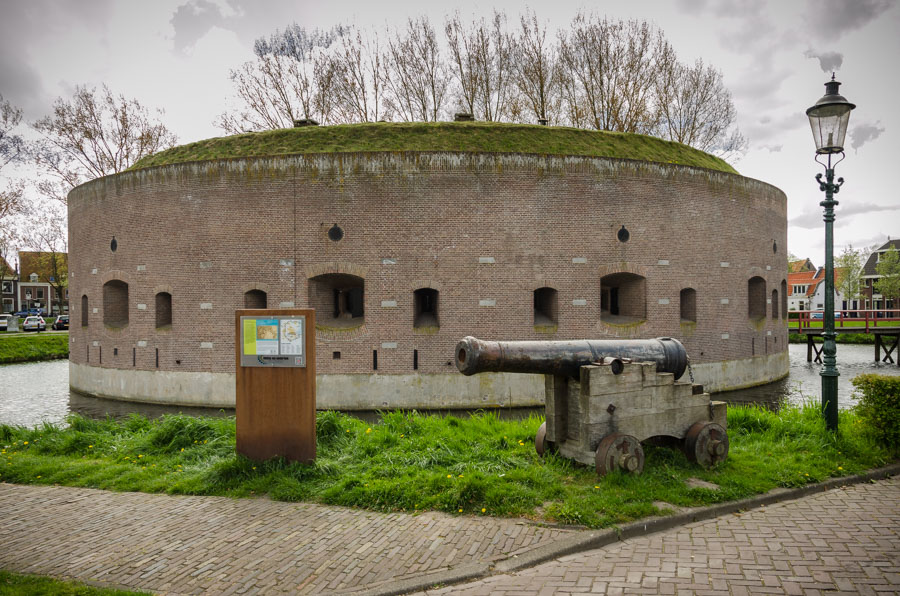 And then, in Muiden, there is Muiderslot, an impressive 13th-century moated castle that is claimed as part of the UNESCO site by a number of websites but is not found on the list at the primary source at unesco.org. 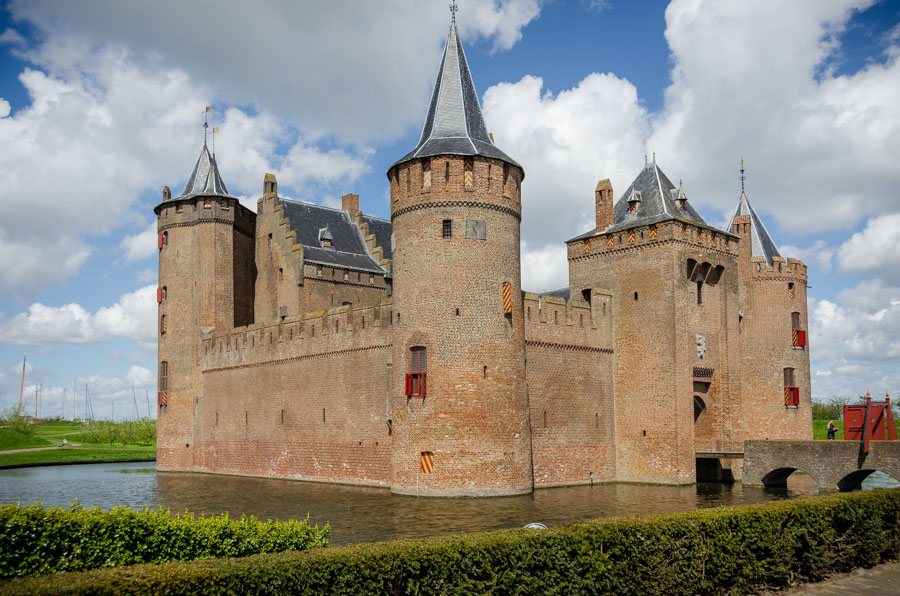 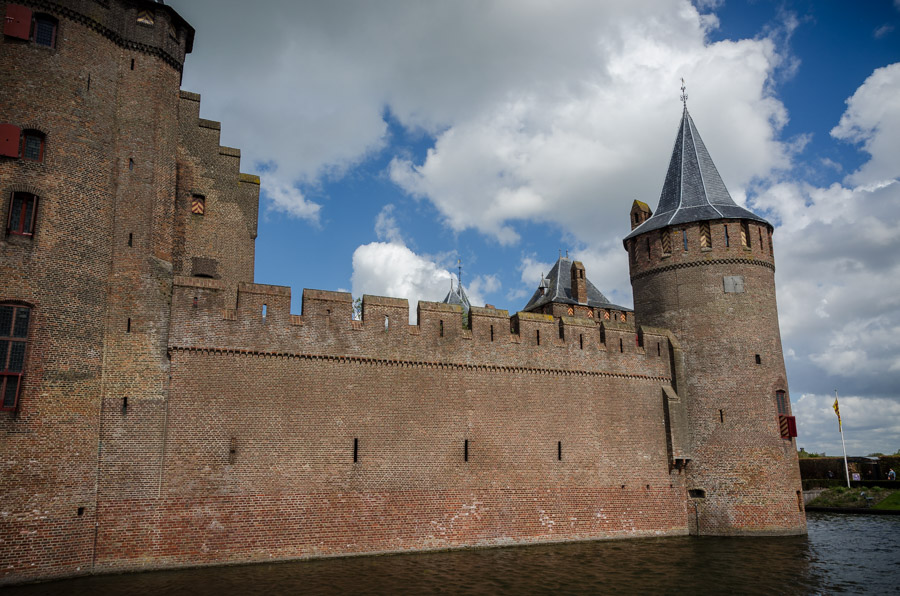 On the castle ground, there is a falconry, where I snapped a few pictures of this fierce bird. 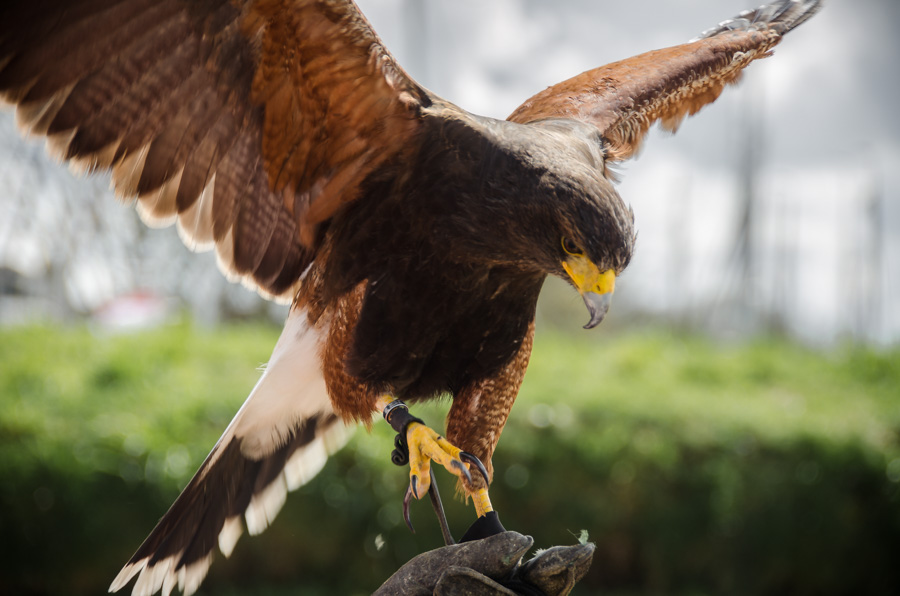 A few more pictures of Muiderslot have been added to my Flickr Netherlands album.

It certainly takes some determination to see Defense Line forts, even notwithstanding the interior accessibility limitations. They are all located in small villages, sometimes not within easy reach of public transport. It is possible to tour them on a bicycle – but ensure that you have a detailed map or a working GPS, since relying on biking path signage is fraught with potential for confusion. A day-trip could include up to ten forts in my estimation, if you’d be so inclined. Conversely, the most visited of the forts, Pampus, which is open daily, probably takes most of a day by itself; it is located on an island accessible by ferry from Muiden that only runs a couple of times a day in each direction – if you properly time your schedule for a visit, I suspect that on that day you may see just a couple of other properties in Muiden.