One of the main reasons Netherlands was chosen as the destination for my recent photographic trip was the fact that Amsterdam had been among the worst-photographed major cities on my past travels (as lamented in my favorite sights Amsterdam entry several years ago). Wandering all over the city for several days, I certainly made a marked improvement to my Amsterdam photo archive.

Amsterdam is all about canals (even more so than Venice, in my humble opinion, although in a fairly different vein), so a good portion of my portfolio includes various waterways. Which is only appropriate, given that the man-made canal network in the city center is explicitly recognized by UNESCO as a model of large-scale town planning (and features as #42 chronologically on my World Heritage roster). 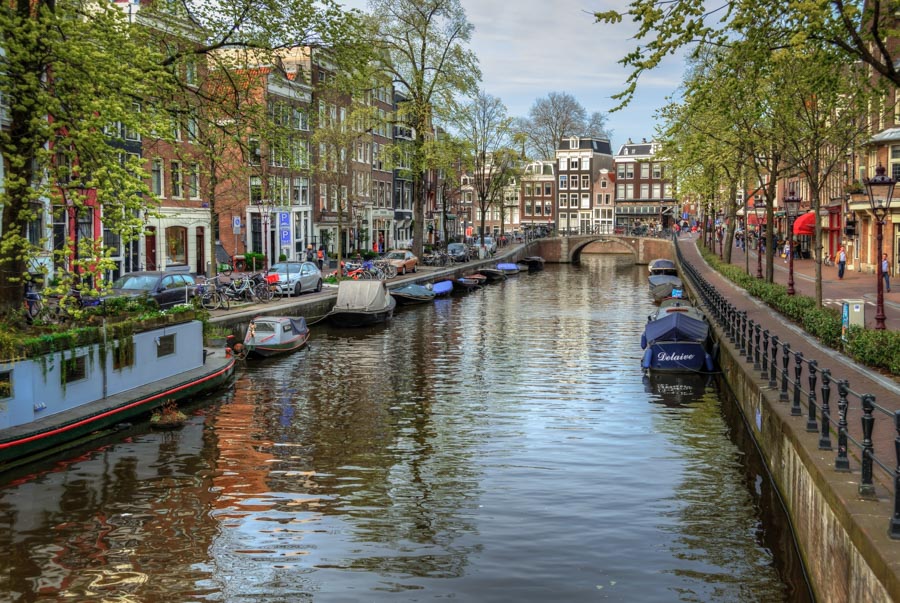 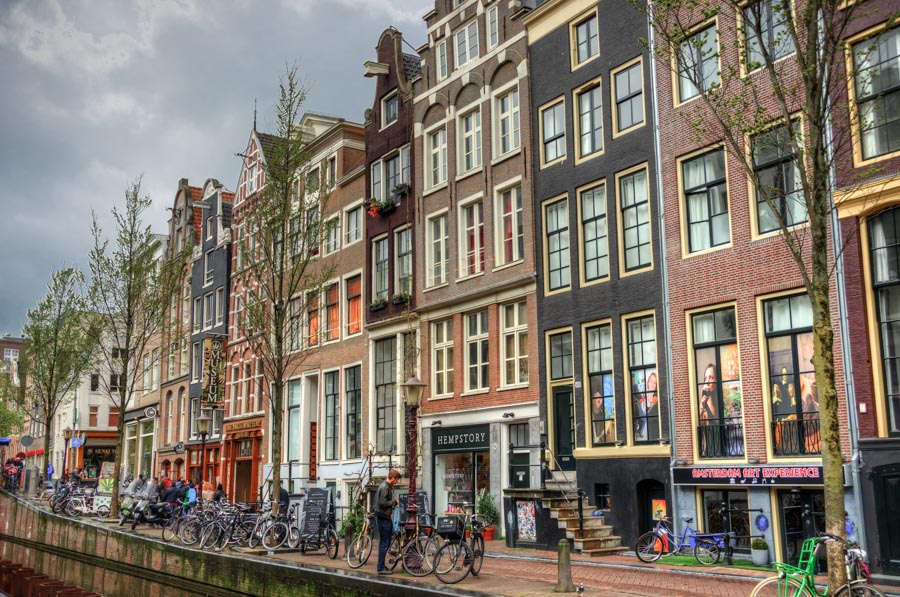 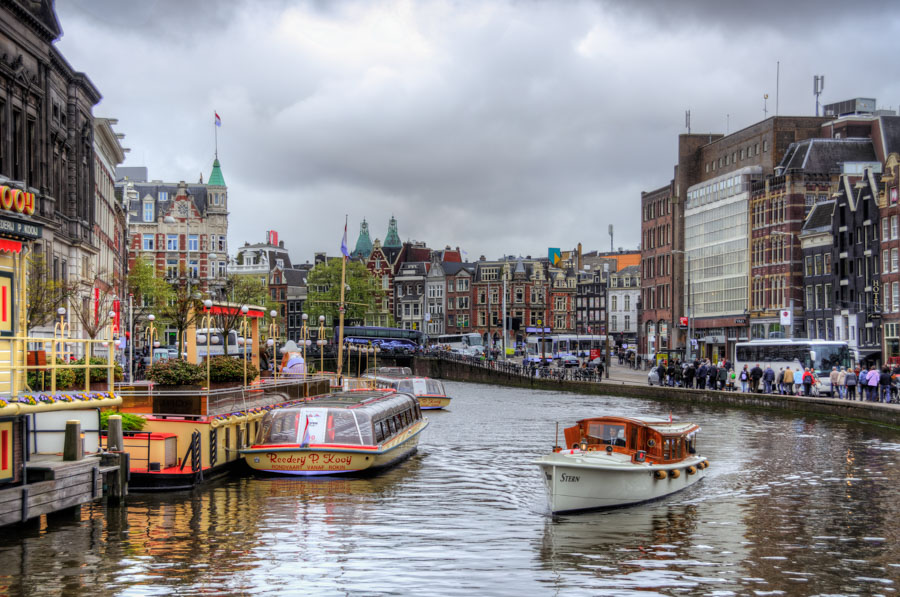 The main ring of canals, with Singel as the innermost waterway and Prinsengracht the outermost, offers the widest spaces aside from river Amstel. The Westerkerk, on Prinsengracht, owns the prettiest of all bell towers in town. 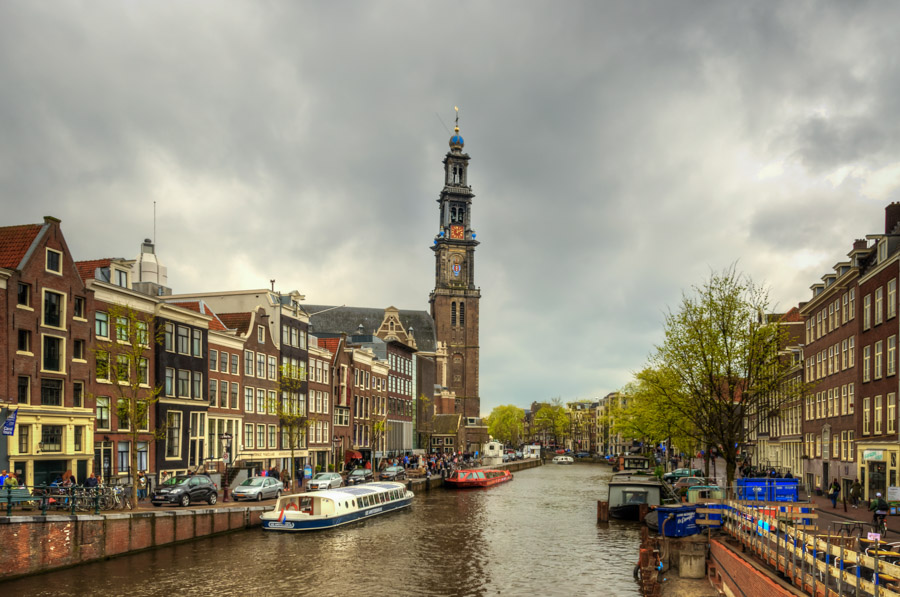 Around smaller canals, the architectural ensembles are simply delightful. 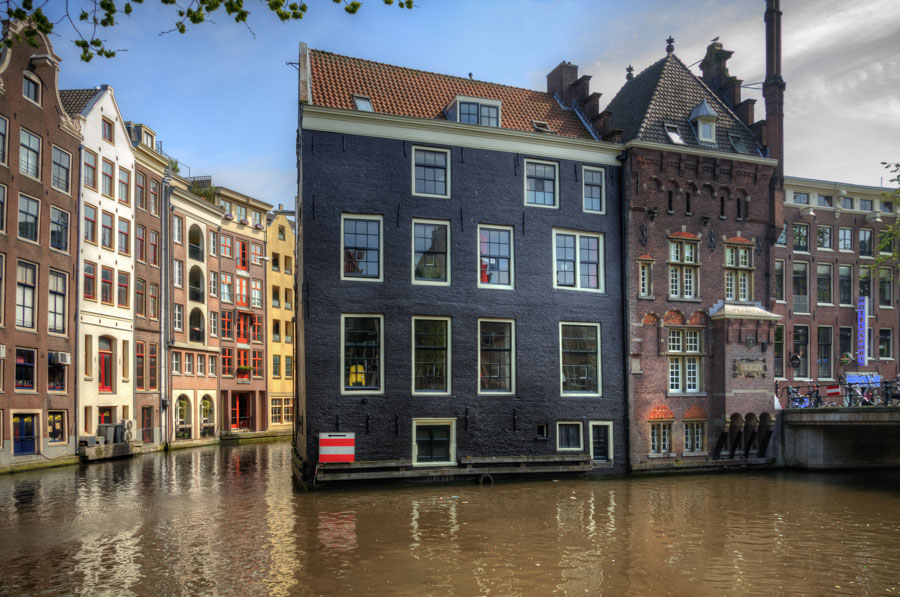 One of my favorite canal pictures, in a quiet oasis of the central area. 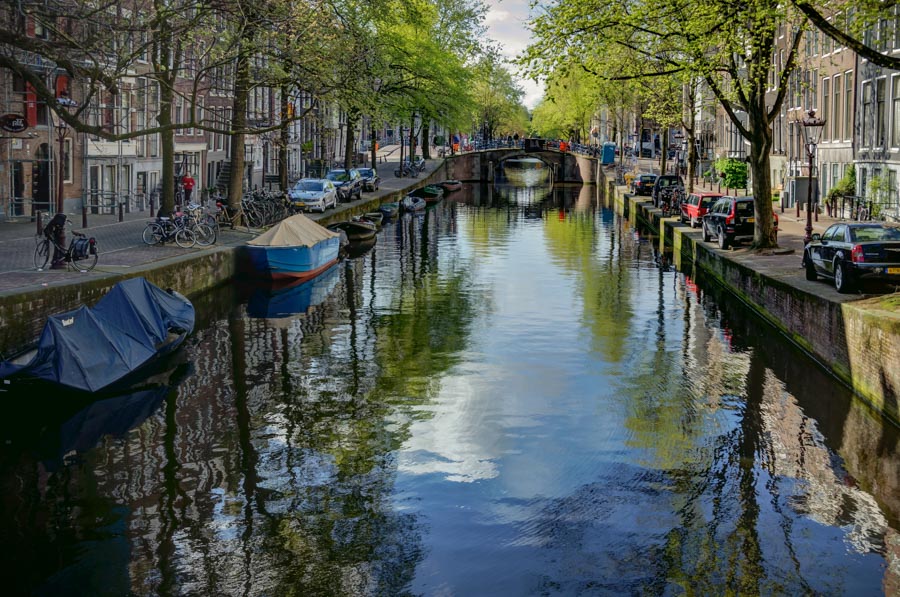 The imposing Montelbaanstoren watches over Oudeschans. In the background, the ocean liner-shaped hull of Science Center NEMO can be prominently seen. 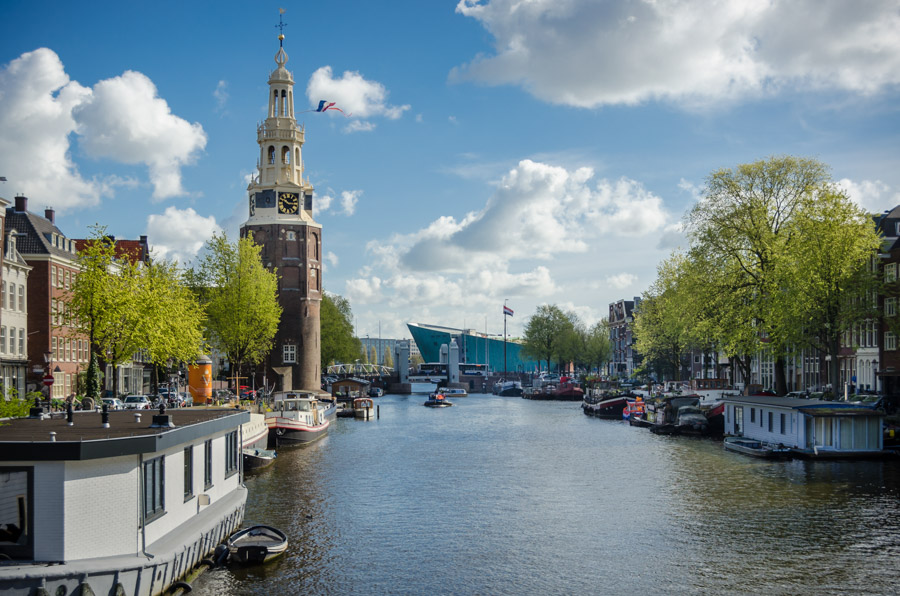 As behooves a proper photography enthusiast, I got up really early one day in order to take pictures of the waking city. Some of these pictures are clearly among the best taken on the trip. 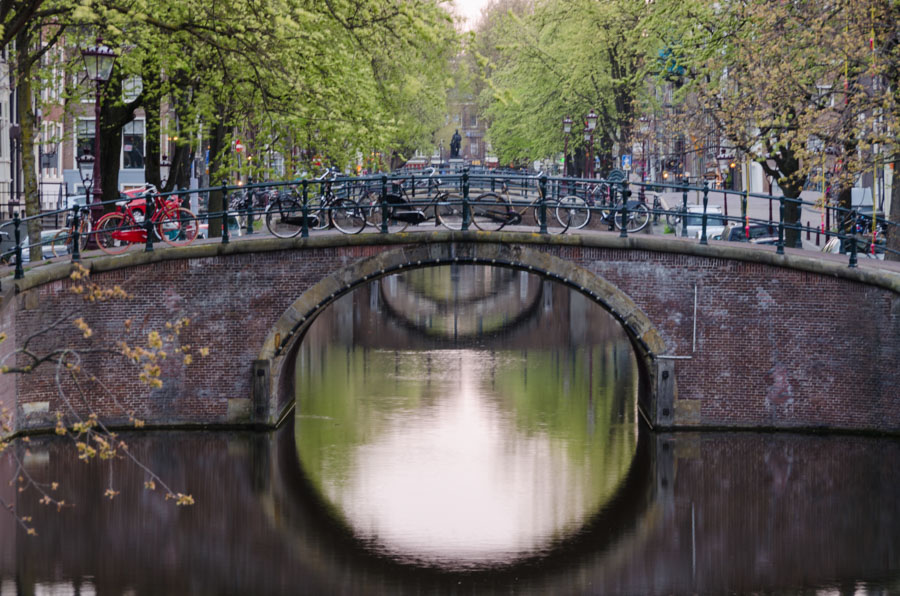 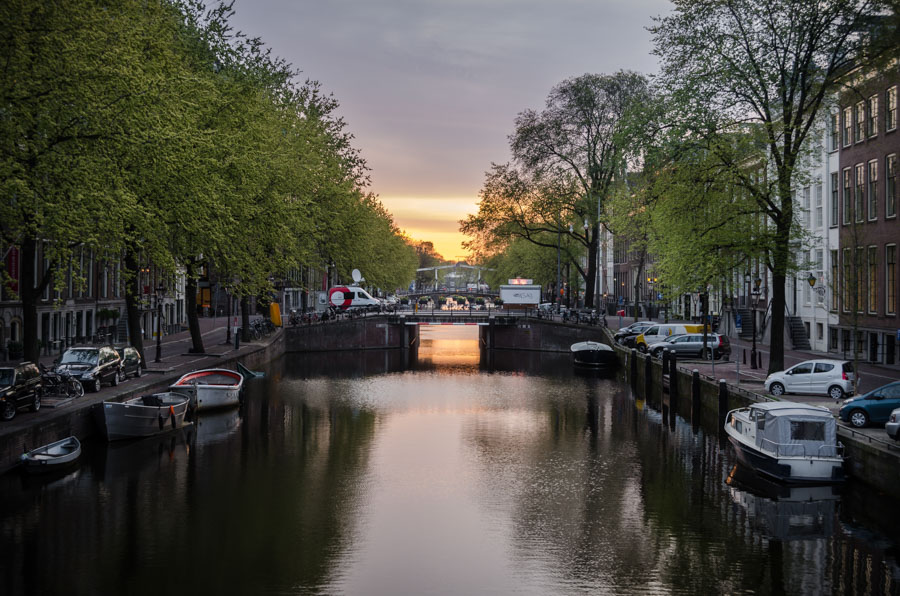 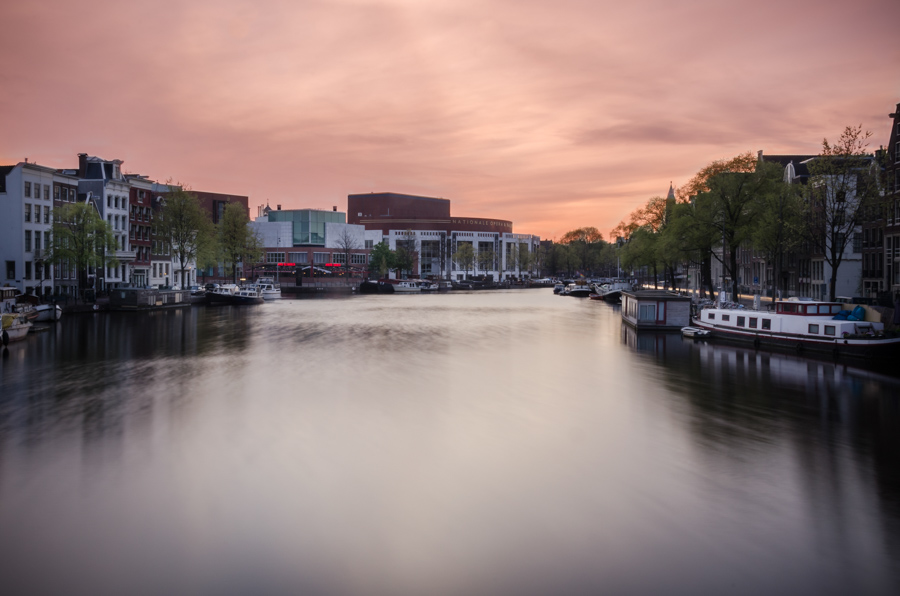 I also took a ride on a Ferris Wheel on the main city square, Dam, and snapped a few aerial pictures of the Royal Palace. Here is one. 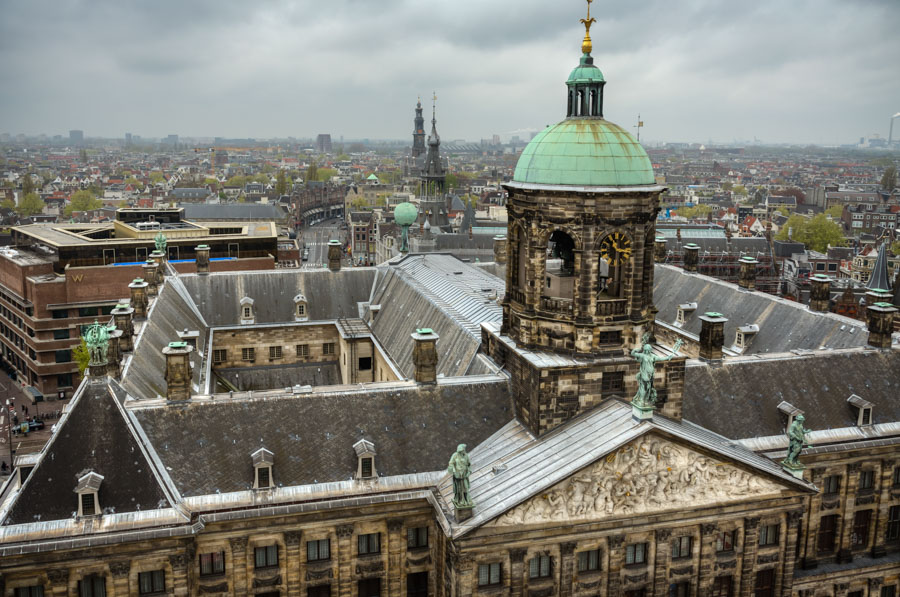 The dome and the wheel can be seen in the distance on the next picture, taken from the viewing platform of the Westerkerk bell tower. 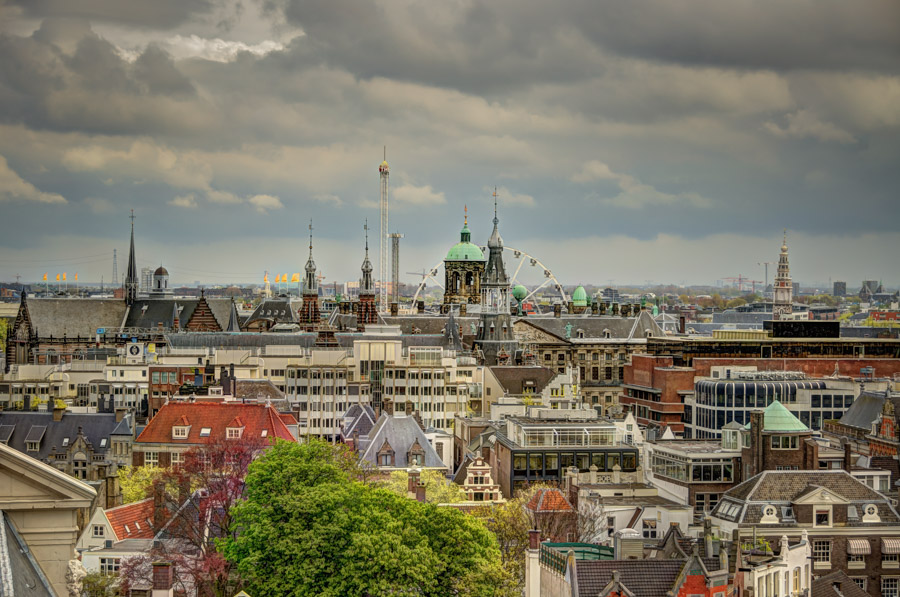 Here is a slightly different perspective in the same direction from the same vantage point. 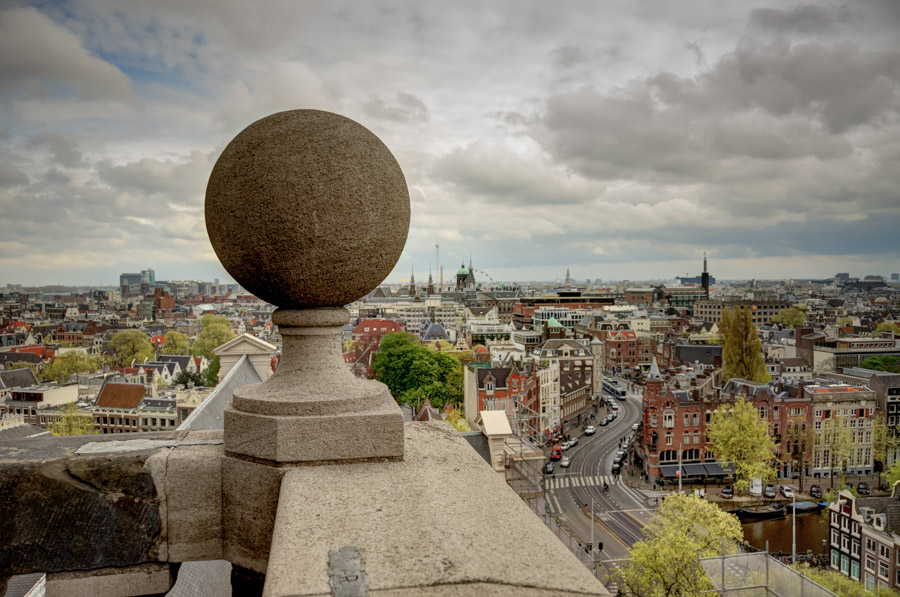 Love locks is a craze that swept all major European cities in the last decade or so. Amsterdam is no exception. The bridge over Groenburgwal has an ever-growing tree of such locks. Zuiderkerk provides the background. 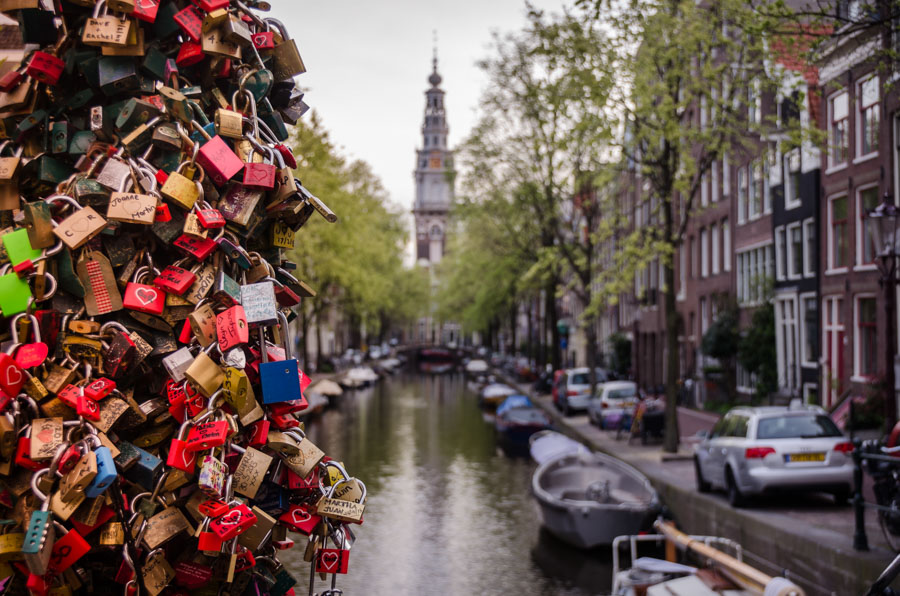 Finally, a night-time view of Oudeschans and Montelbaanstoren, in the direction opposite to the earlier shot. I am still not hard-core enough in my photography to carry a tripod with me at all times, but the one time I decided to step out at night with the tripod allowed me to take this wonderful shot. 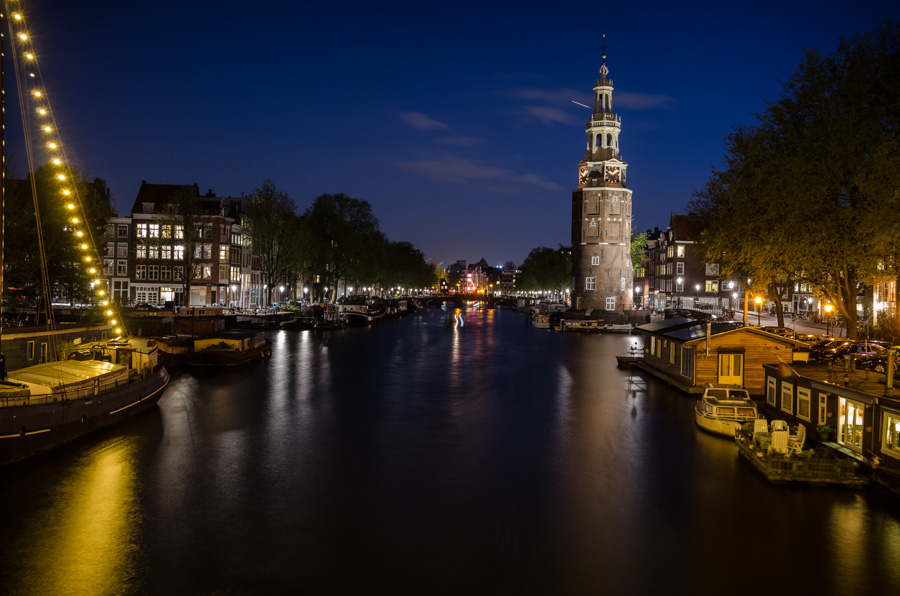 These and many other pictures from the recent trip can be found in my Flickr photostream.