Edinburgh is a town after my own heart, a vibrant place full of eye-catching architecture. As our point of entry (and exit) on the whisky trip, it was a not-to-miss destination. I am again left to lament the brevity of our stay in town – a single afternoon – but I certainly gained a worthy appreciation of it.

I only managed to explore the castle and the Royal Mile and surrounding areas in the Old Town, completely skirting the New Town and a number of points of interest mentioned on the World Heritage inscription. The harmony of distinct architectural styles, from medieval Old Town to neoclassical New Town, is expressly recognized by UNESCO, but I had to do with just the medieval portion on this visit.

Here is a look up the Royal Mile, the main thoroughfare leading up to the castle. 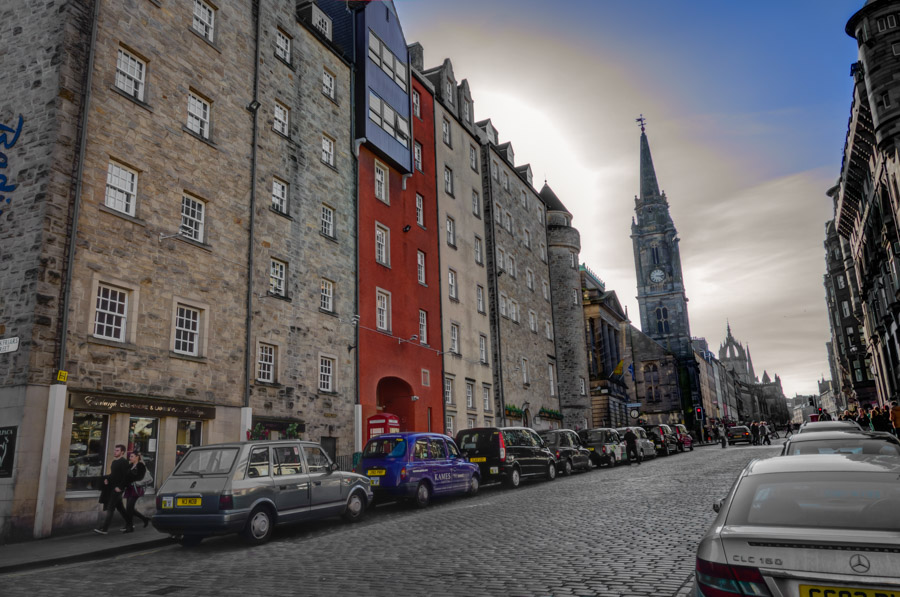 Next is the look down George IV Bridge, with the Bedlam Theatre at its base. 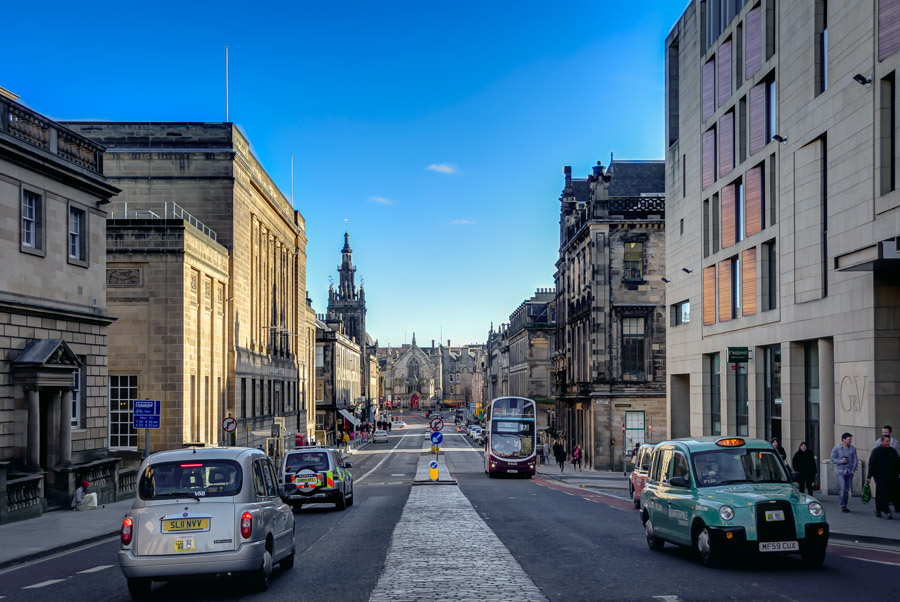 Does not look like a bridge, does it? But Edinburgh’s hilly topography is such that there is a crossing street, Cowgate, running good 25 meters lower. The George IV Bridge was built in mid-19th century specifically to improve communications between different parts of town.

St Giles’ Cathedral would normally feature on my exploration itinerary, but I lacked time to do it justice and only photographed it from outside. 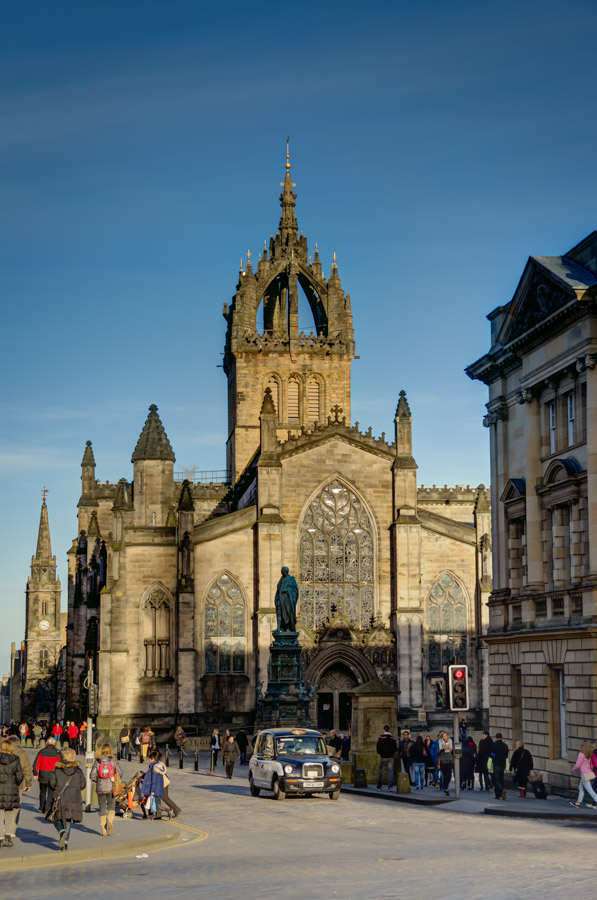 I did make a pronounced effort to see the Edinburgh Castle. A large complex offering two dozen exhibitions, museums and other points of interest, it itself can take half a day to explore. In fact, the guy at the ticket desk made a point of advising me that two hours until the closing would not be enough. Nonetheless, I managed to get a feel for the place, caught most of the highlights, and even lingered at a bench or two.

Here is a perspective of the Scottish National War Memorial, a former army barracks redeveloped as a shrine in the 1920s, located near the apex of the castle. 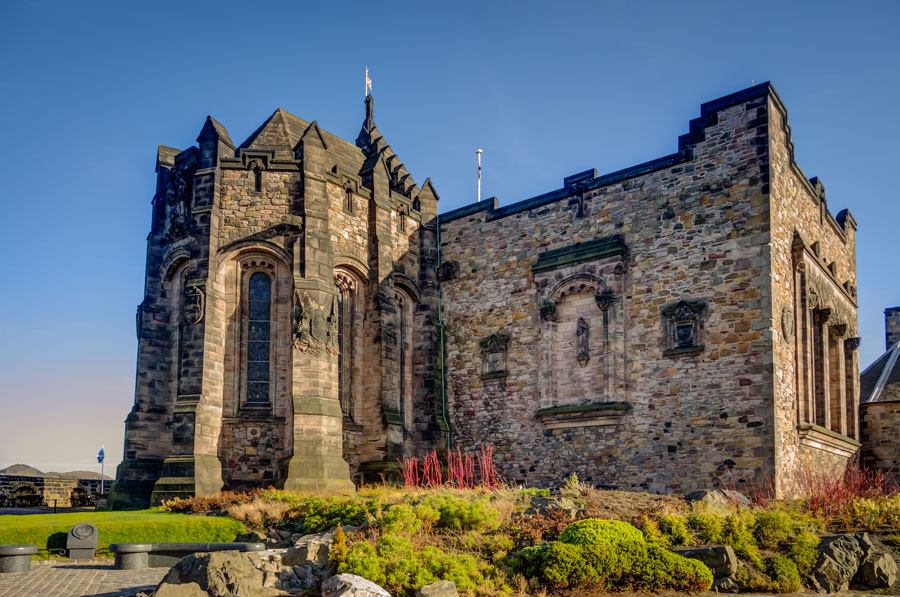 Next is one of the views from the Esplanade, a large elevated open space in front of the castle. 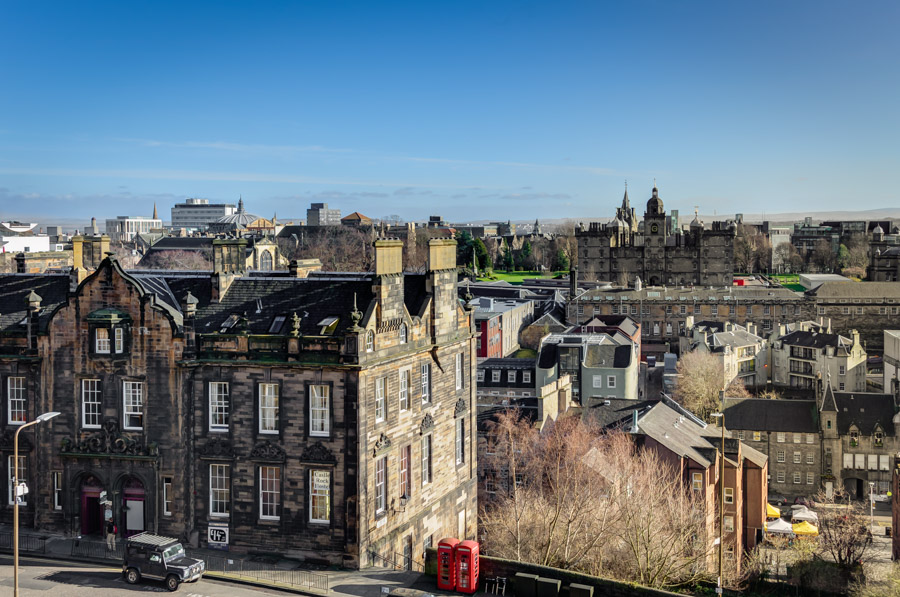 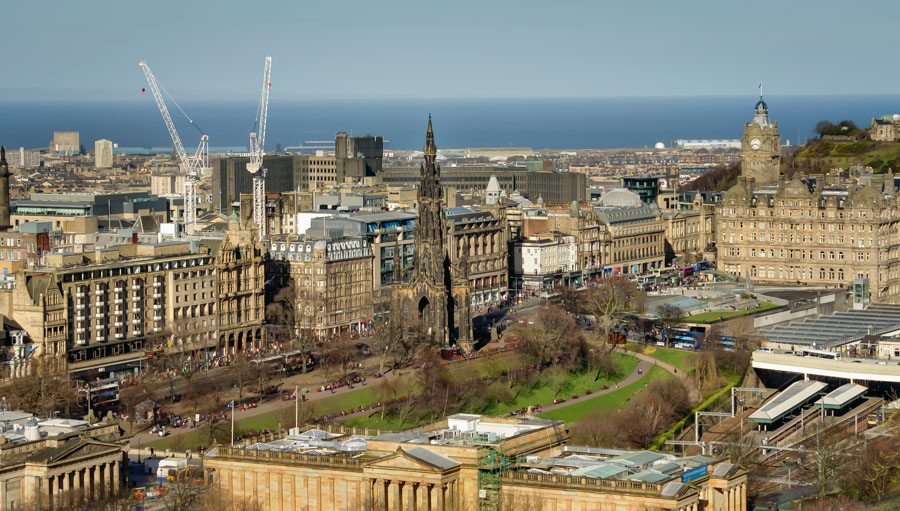 Another expressed regret of mine for not being able to find time to see up close the monument to a writer whose books I adored in my youth.

A look at the Esplanade, the tallest spire of the city belonging to the Hub (a church that was never consecrated as such and now serves as an event venue), the rooftops of Edinburgh, and the hills of Holyrood Park in the background. 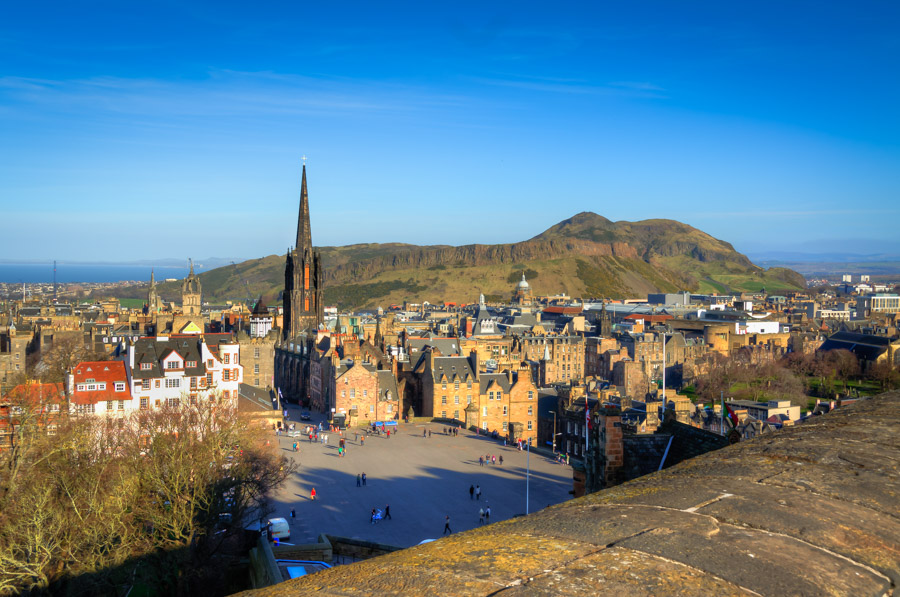 And, finally, the steeple and clock of the Canongate Tolbooth, a late-16th century town hall. 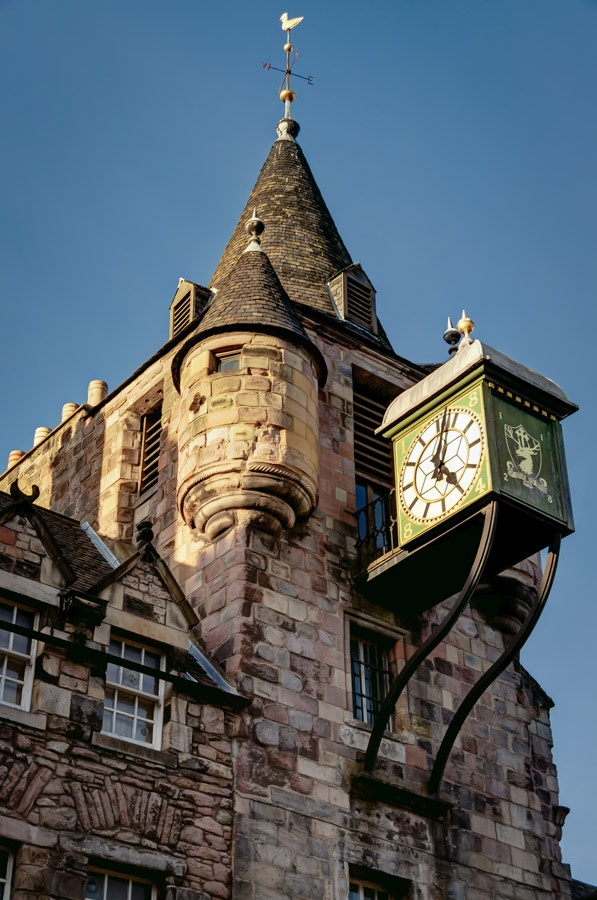 I estimate two full days as the bare minimum to get a good acquaintance with Edinburgh. Definitely a place to return to and enjoy.

An extended gallery can be found in my Flickr photostream.