I expect to be entirely opportunistic and non-discriminating in my pursuit of UNESCO World Heritage sites in the foreseeable future. If I am in the vicinity of one with time to spare, I intend to visit it, regardless of what it represents. Which I now understand can throw up a bit of incomprehension.

The serial property called Frontiers of the Roman Empire consists of over 400 individual locations, including a well-known Hadrian’s Wall in the north of England and a much less-known Antonine Wall in the south of Scotland. Built in the middle of the 2nd century AD, the remnants of these fortifications are recognized as the defining examples of defensive techniques and geopolitical strategies of ancient Rome.

Antonine Wall was well within our reach on our Scottish jaunt. My companion graciously accepted that since whisky was primarily his interest, there should be some other things on the itinerary that are primarily of interest to me. I researched the 20+ locations of the wall on its official website and picked what is known as “Rough Castle” both for its proximity to our overall route and because the site says “If you can only visit one location on the Antonine Wall, Rough Castle fort is clearly the best choice”.

I can’t really explain why I was expecting to see some form of ruins at the site. Rough Castle is basically parkland running along a ditch. 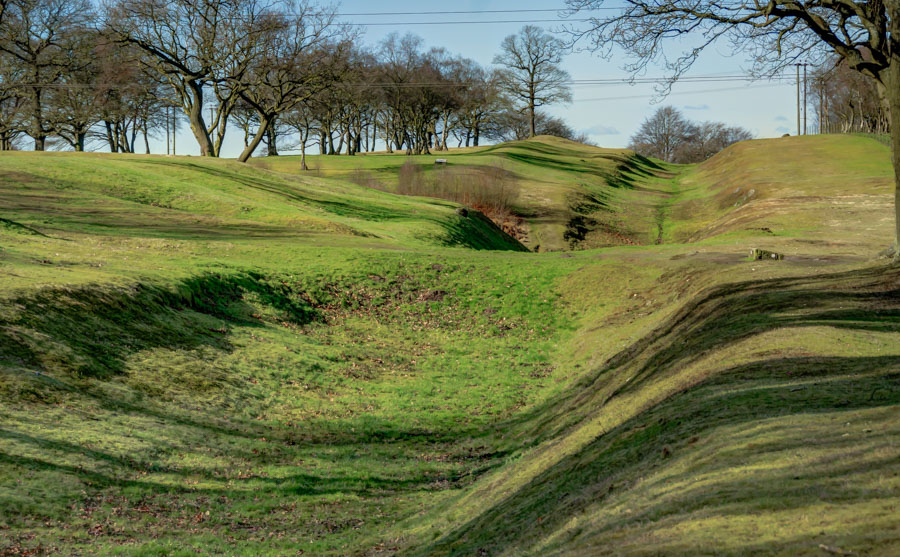 The ditch is an integral part of erstwhile fortifications – and there are even rocks embedded in its sides that are clearly remnants of the onetime wall. 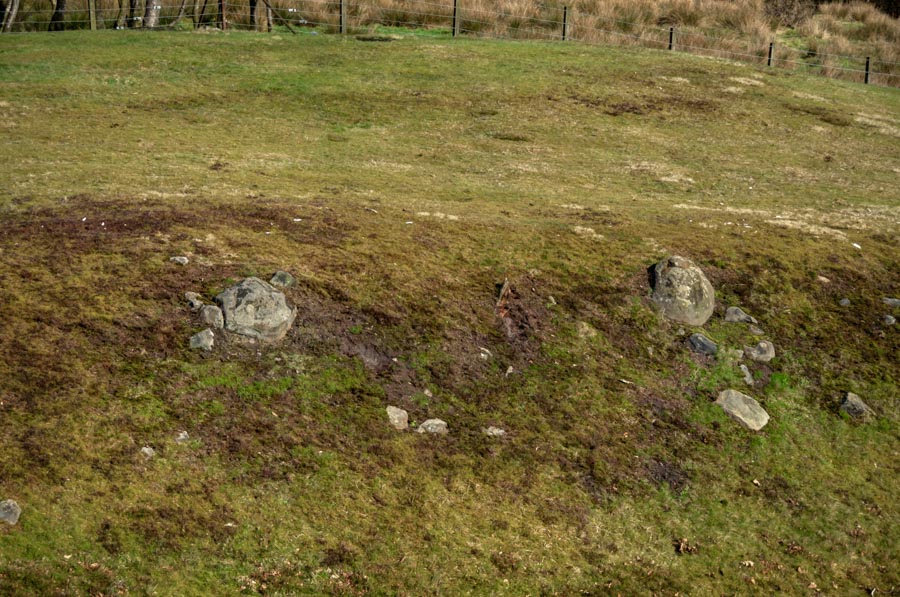 Aside from the ditch, there are a couple of areas that represent approach defense, but you have to use a lot of imagination to see them as such. There are also four information stone markers that explain what the place looked like and how it worked when it existed. 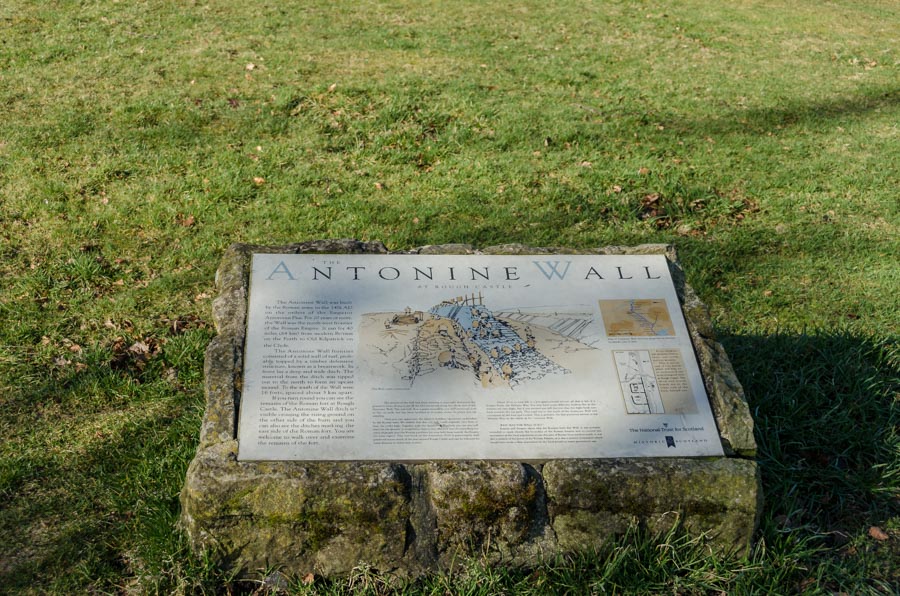 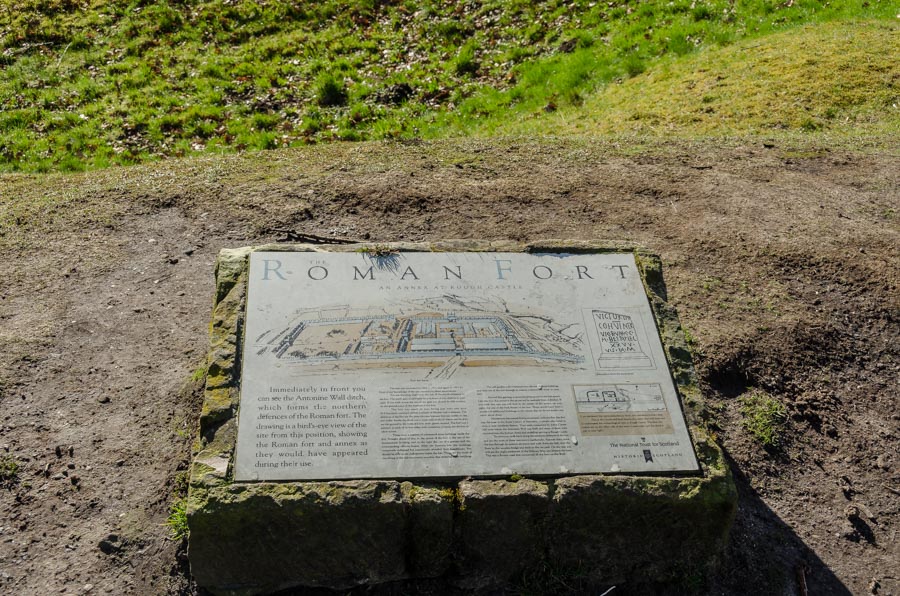 The first of those markers is located near a stone ring that I am pretty sure is artificially positioned there to make the site a bit more interesting. 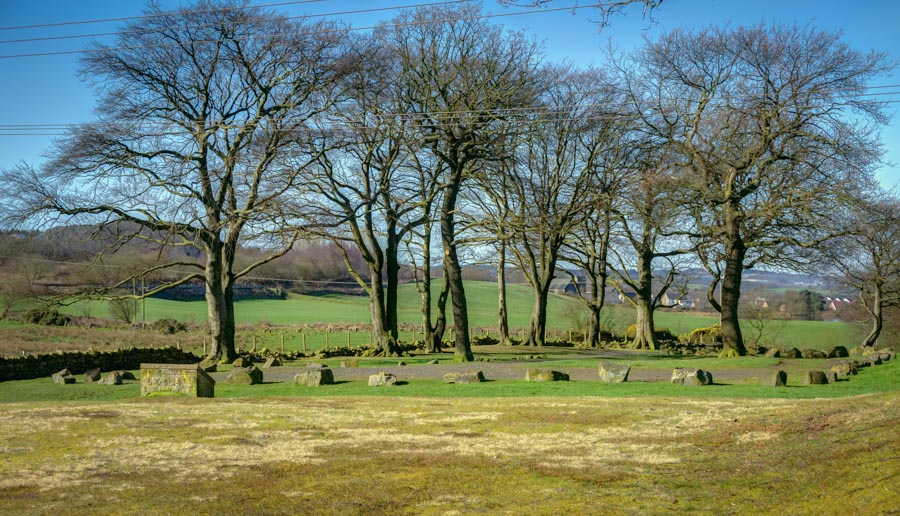 Basically, this is not so much a site as a memory of a site. If it is the “best” of the Antonine Wall, I wonder whether other locations are no more than stone markers positioned all by themselves. I realize that “World Heritage” is a loose term that certainly can be defined as “anything claiming a place in the history of humankind”, but I somehow expected to be able to see something with my own eyes at any site designated as a World Heritage location. Nothing really to see at Rough Castle, besides occasional locals walking their dogs in the park.

In any case, it counts for the purposes of adding another site to my roster. Raffi was tactful enough to refrain from ridiculing my obsession with World Heritage on the evidence of the very first site that he visited with me.

There is roughly a 10-minute walk from the nearest place you can park your car to the deepest part of the Rough Castle site. We lingered for about 45 minutes overall, looking for different photo angles of the pretty parkland. I suspect not many people would exceed that time if they come to visit.

An extended gallery can be found in my Flickr photostream.