I first visited Greenwich Park and climbed up to the Royal Observatory on a business trip to London in 2000. A few years into that decade, as we officially resided within the borders of the Royal Borough of Greenwich, this World Heritage site became the one we undoubtedly visited most frequently of all.

The inscription on the UNESCO list mentions over a dozen of different parts of the site. We have been to the Royal Observatory no less than half a dozen times, in or around the Royal Naval College on more than occasion, and simply enjoyed the Greenwich Park uncounted times on warm weekends as anyone would their neighborhood parkland. I have little doubt that in our years living in the area, we at the very least walked by every single edifice recognized by UNESCO in Greenwich.

Here is a perspective of the twin buildings of the Royal Naval College, viewed from the terrace of the Queen Anne’s House. 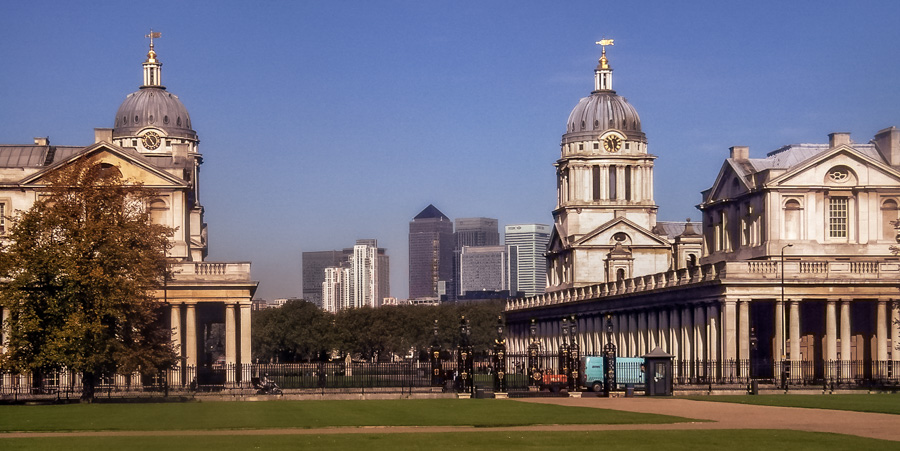 Canary Wharf, the business district that was my erstwhile place of work, is in the background.

Taking a picture of oneself straddling the Prime Meridian – one foot in the Western Hemisphere, the other in the Eastern – is as common in Greenwich as pretending to prop up the Leaning Tower while in Pisa. A child, of course, can be forgiven. 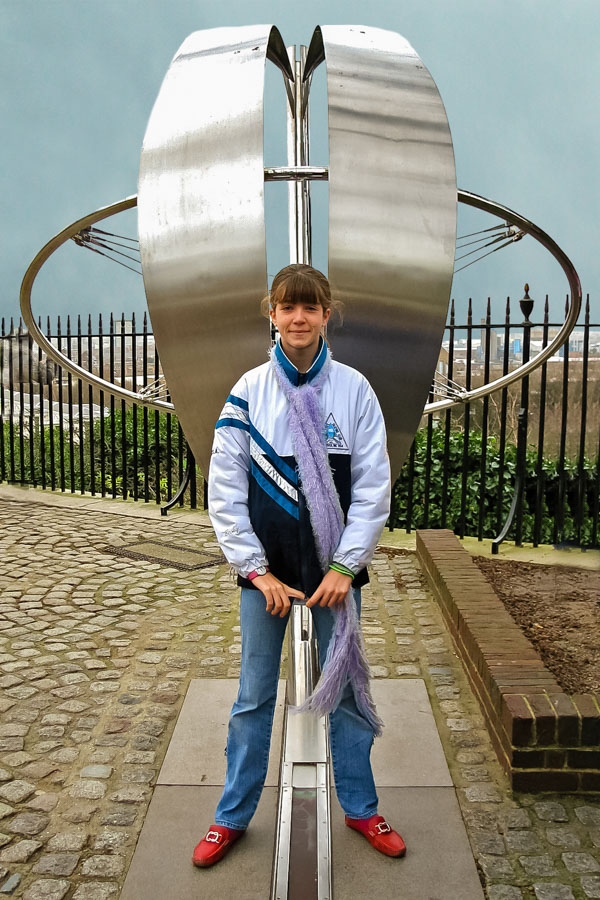 This next picture holds similar significance to one of the shots presented in the Westminster entry. It was taken on our very first family foray into Greenwich historic area. It depicts Cutty Sark, the famous clipper that sits on the bank of Thames in Greenwich. On that very first visit to Greenwich, we decided not to go to the Cutty Sark Museum. The following Tuesday or Wednesday, ongoing renovation works caused a fire on the ship, and the museum closed due to damage, not to be reopened several years later after we had departed back to the US. 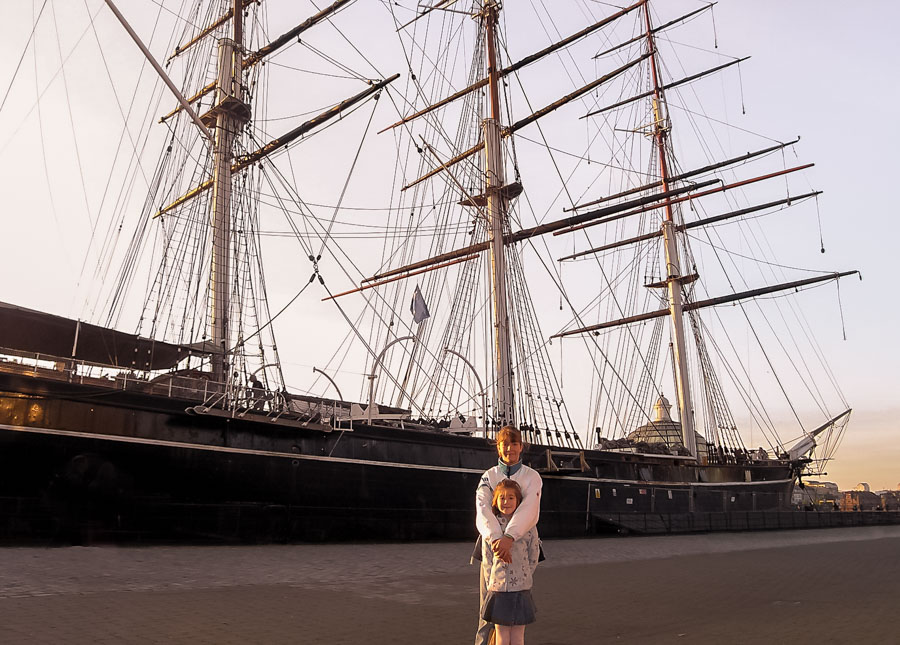 Maritime Greenwich is not directly served by London Tube, but taking Jubilee line to Canary Wharf and changing to DLR towards Lewisham will deposit you by the main attractions at the Cutty Sark station. A stroll through the town, the park, and the royal buildings ensemble, a visit to the Observatory, and possibly a visit to one or two other points of interest would require at least half a day.