My very first visit to London, nearly 15 years ago, happened sometime before we started travelling extensively abroad, which explains London’s sites’ relatively early sequential numbers on my World Heritage roster. On that week-long business trip I ended up with sufficient spare time to check out main attractions of the British capital, including the magnificent Westminster Abbey.

It remains to this day the only named part of the World Heritage site that we stepped into. In our time living in London, we frequently walked through Parliament Square where all parts of the site reside and even lingered on the benches facing the palace – those benches provide unexpected serenity akin to an eye of the storm that is the busy square. But we never ventured inside the Gothic Saint Margaret’s Church nor partook in a tour of the Parliament. I suspect we are unlikely to ever rectify the latter, but might rectify the former the next time we are in London.

The site’s recognition on the UNESCO list is due to both its historic and symbolic significance. It is also one of the London icons, photographically speaking. The view of the Westminster Palace from a south-east angle is one of the most frequent photos taken in the city. The addition of the London Eye to the South Bank landscape in 1999 opened a hard-to-pass-by aerial perspective of the entire Westminster complex. 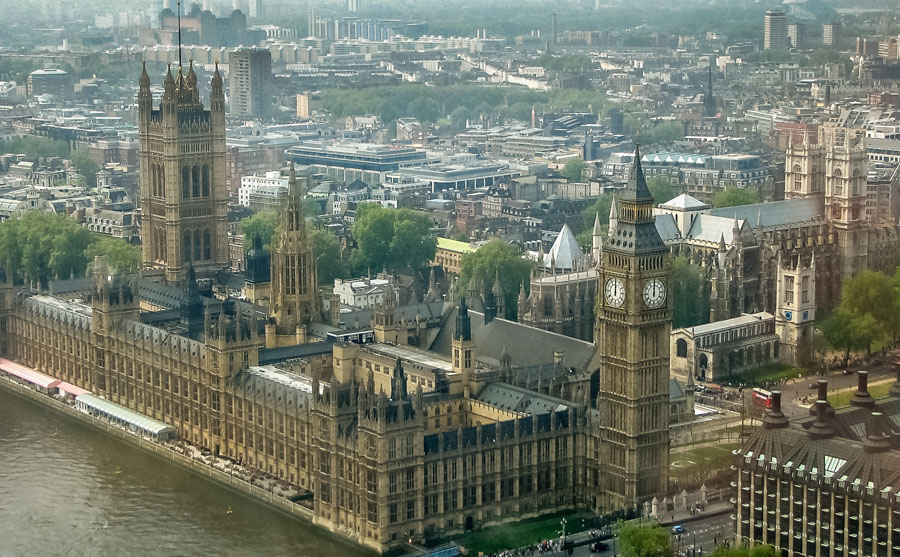 The palace and its instantly recognized bell tower dominate the foreground; the Abbey and the Church can be seen on the right-hand side.

The next picture already featured on this blog in the favorite sights of London entry but it is one of my all-time favorites despite the tree that crept into the prominent leading role. This perspective is from not so commonly encountered south-west angle. 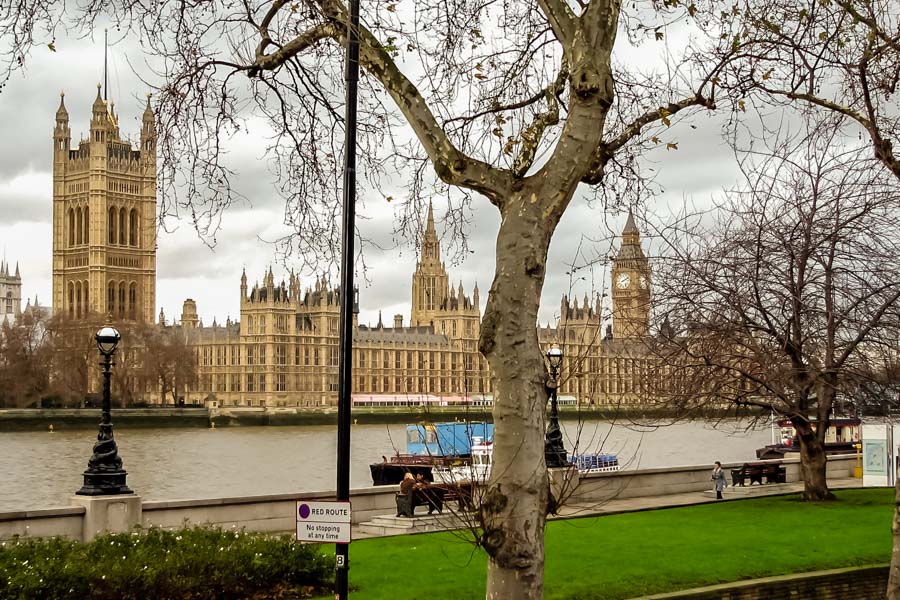 And this fragment of Saint Margaret’s Church with Big Ben in the background is taken from near the main entrance to the Westminster Abbey. 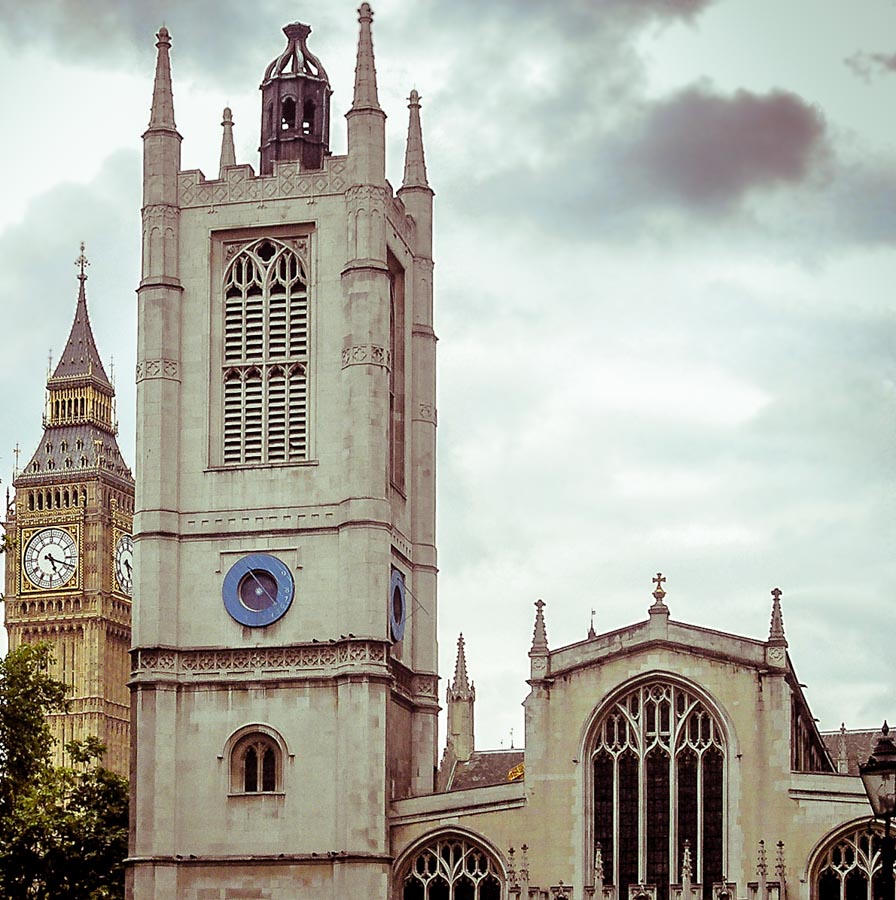 The next picture has a bit of family significance. This is the very first family outing to the central London after our relocation. Natasha and the girls are still on their first week of living in the UK at this juncture. And on our first excursion around the city, we made the Westminster Abbey the highlight of the itinerary. It is a fascinating place to visit. 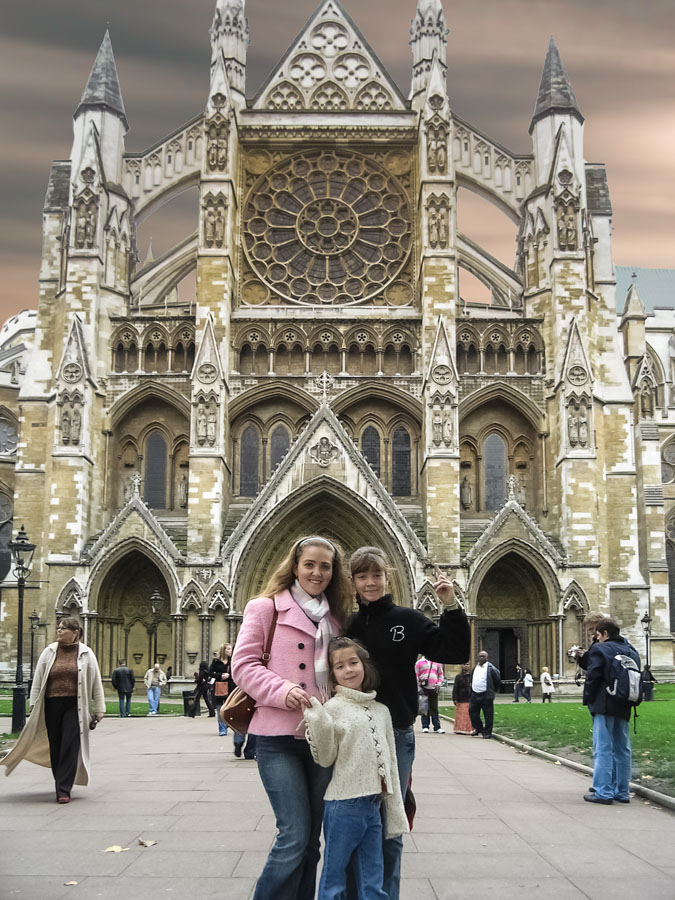 Finally, Big Ben on its own. You cut the rest of the palace from it and it remains just as instantly-recognized iconic London sight. 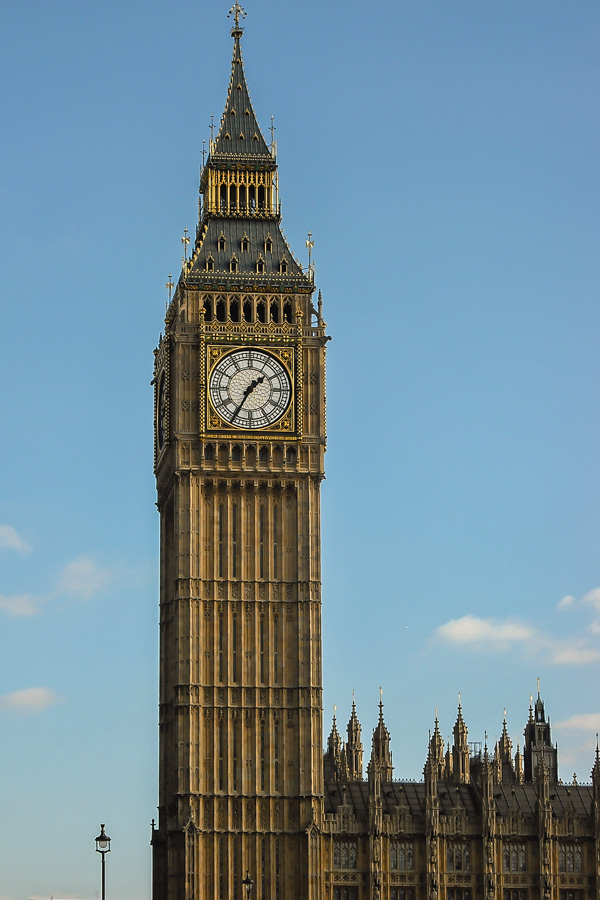 And a rare blue sky in a London photograph to boot.

I suspect no visit to London passes without some viewing of the Parliament Square’s edifices. As World Heritage sites go, this is among the most easily accessible ones. However, a tour of the palace and the Houses of Parliament is available only in very limited quantities on specific days, so planning is required if you wish to get inside the building. The Abbey is not open on Sundays and closes earlier than most of the other major sights on the days when it is open, so some planning is also required here. Give it at least an hour and a half for a good visit to the Abbey.