Our single day-trip to Avignon during our very first voyage to France ended up one of the best days of that itinerary. The tour of the Papal Palace took nearly three hours and exhausted us a little, so we shortened our sightseeing program, leaving quite a few hours until our evening dinner reservation. That time was spent wandering fairly aimlessly around town center, checking out shops and galleries, stopping for coffee and tea on a couple of cute intersections. An active day morphed into a rather lazy one, enjoyably so.

Avignon’s entry on the World Heritage list recognizes the city’s leading place in 14th-century Europe and mentions several specific monuments as part of the ensemble. Had I been more aware of the UNESCO list back then, I would probably insist on visiting more than a couple of those. As it was, we got a very in-depth look at the Papal Palace and lingered on the remains of 12th-century Pont St-Bénézet for a bit, but only looked at the Cathedral and Petit Palais from the outside.

Here is the austere and remarkable Papal Palace in the background. 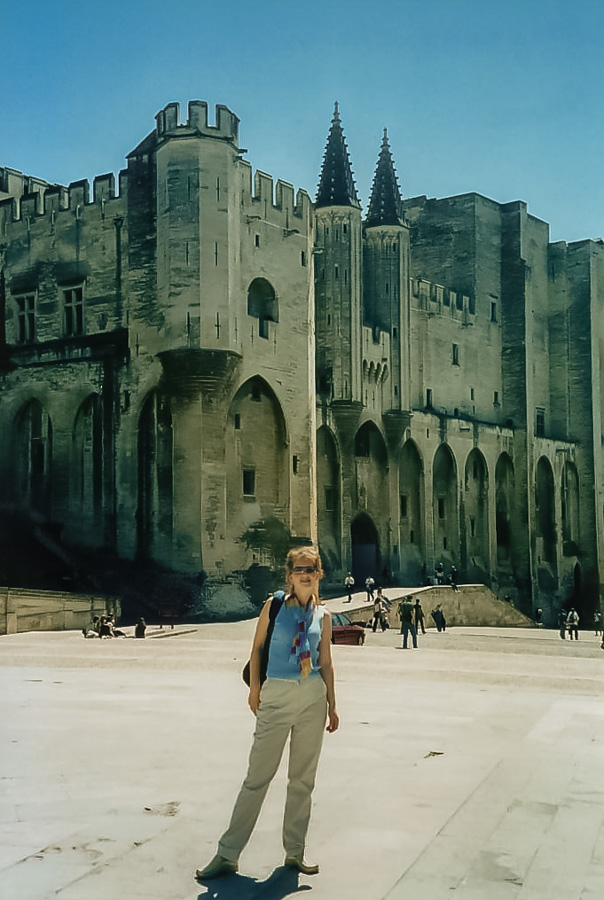 It is also seen in the very back of the next picture, taken from near the surviving end of the St-Bénézet bridge. There is a tiny – in comparative chapel terms – Chapelle St-Nicolas directly on the bridge, seen on the left. 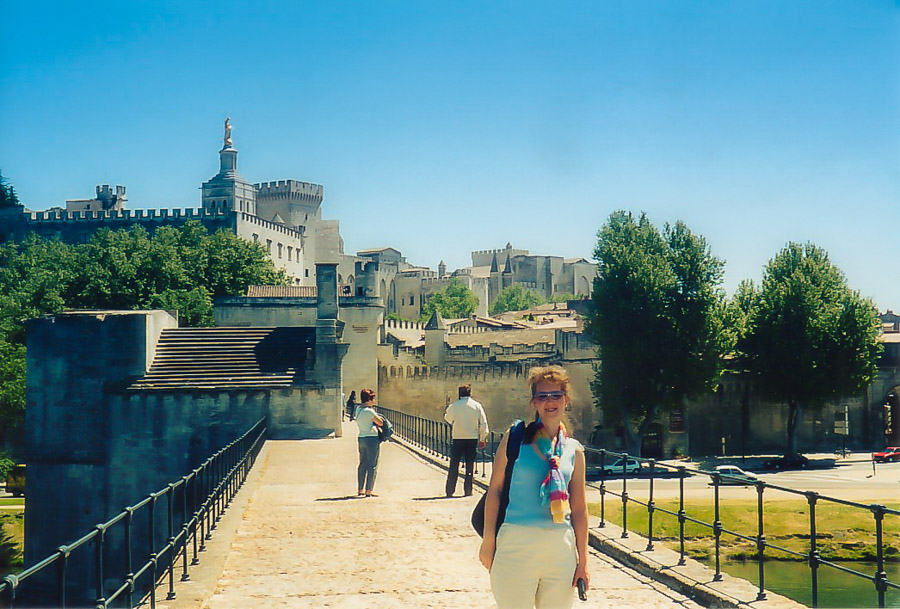 A full day is about the right duration for a visit to Avignon, especially when casual perambulation is part of the program. We should do that again ourselves one of these days.