In an interesting dissonance, Brussels never figures on the list of must-see destinations and yet there are three separate World Heritage sites within its greater boundaries. The grandest of them all – appropriately named Le Grand-Place – is definitely worth the visit to the Belgian capital.

The inscription pays respects to the homogeneity and the successful style blending of the architecture surrounding the square, in addition to its emblematic social value. It is simply awesome to behold. The impressive features look as if they stepped out of a Gothic illustration from centuries ago, which makes perfect sense because many buildings date back that far. There are many grandiose squares in cities around the world, but for an architecture aficionado few induce the same level of fascination as the Great Square.

The City Hall dominates the scene, even more so than its tower dominating the central Brussels skyline. 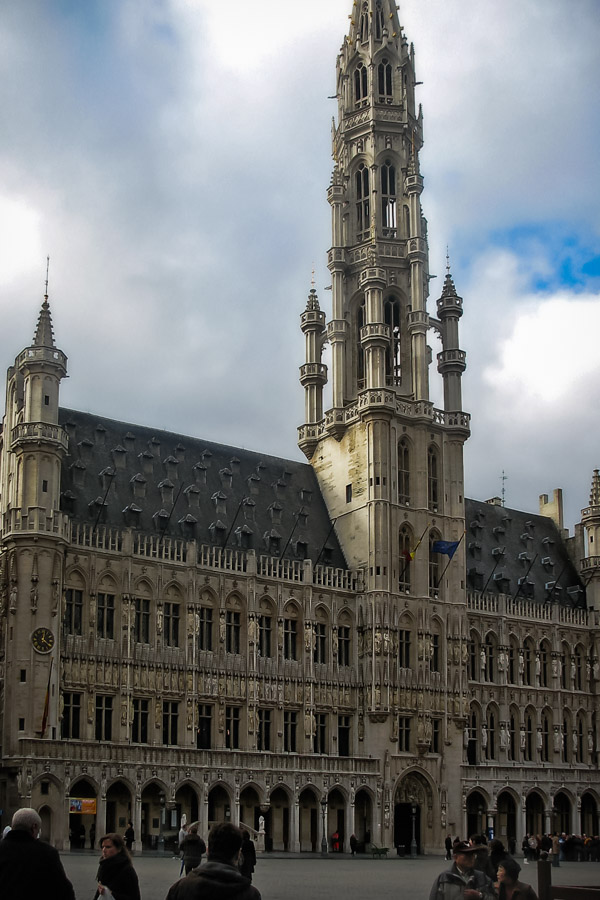 The building underwent alterations and renovations in its lifetime but it’s been largely built in early 15th century. That’s 600 years ago, for those not inclined to count. An age where mechanical supplements to labour were not even dreamed up by Leonardo yet. How did they built these things? (I suppose the winch is a pretty ancient invention, but they still have to use manual power to operate them, no?)

I like this majestic palace so much that I am including a “blue hour” perspective of it as well. 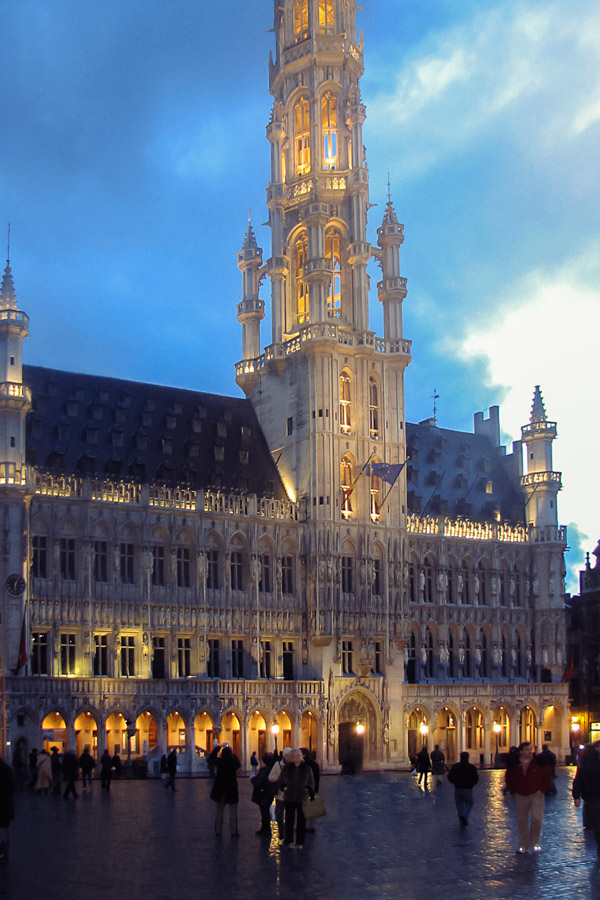 And here is a corner next to the City Hall, featuring a row of somber yet imposing buildings. 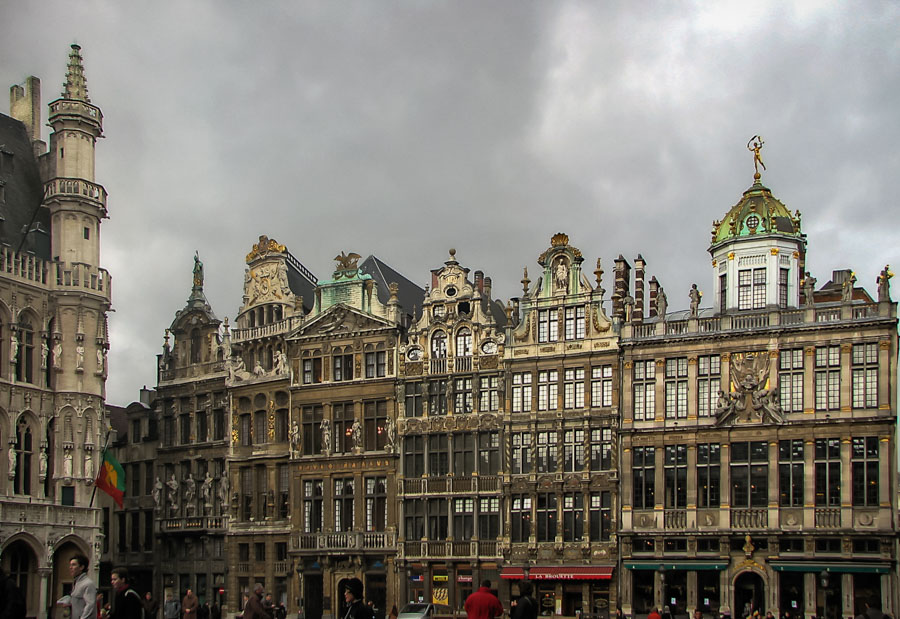 There is a city museum on the square and you can step into the City Hall and into a couple of other public buildings for an inside look. If you choose not to, you may find it a matter of minutes to get acquainted with the square. I’d recommend approaching it akin to a room in a picture gallery, with every building representing an artifact to be stood in front, its details to be viewed and admired.

A more recent follow-up photo-post can be found here.