Amalfi Coast is up there near the top on the list of destinations that we fell in love with and are overdue to come back to. It’s gorgeous, unique and inviting. It left memories worth recounting. And we simply spent too little time there.

The UNESCO inscription recognizes the region’s natural and cultural beauty alike. Driving on the narrow coastal highway – the only road to reach a number of places – you get the amalgam of both: Dramatic cliffs on one side, azure sea on the other, and picturesque terraces of houses clinging to slopes. The vistas are as colorful as they are magnificent.

You probably need no less than three full days to be able to properly explore and appreciate Amalfi Coast. We had only two days and we managed to explore in depth Amalfi, Ravello and Minori (where we were based). The first two are each a must, but many people would also pick Positano as being a targeted destination, on the strength of photographic familiarity with its eye-catching run-down-the-mountain configuration – it is likely the most-photographed sight on the coast. We did not manage to get to Positano, which at my present levels of photo enthusiasm feels as an ever more significant gap that needs to be addressed.

We did fit in a couple of hours on the beach, and drove stretches of the aforementioned coastal highway to absorb the scenery. Since we were in the area at the end of September, we did not encounter too much congestion that tourists bring about in summer. If you do choose to visit Amalfi Coast for a resort-centric vacation in July and August, be aware that getting around will take significant allocations of time even for short distances. I would still probably prefer driving over bus excursions or public transport.

Maybe, it’s a blessing in disguise that when I finally see Positano it will be as a much better photographer than I was in pre-digital times. There are not many good pictures from our visit that I can choose to post here. For the first one, I actually chose to style it vintage-y, because it helps to disguise its flaws that way. This is on the beach in Amalfi. 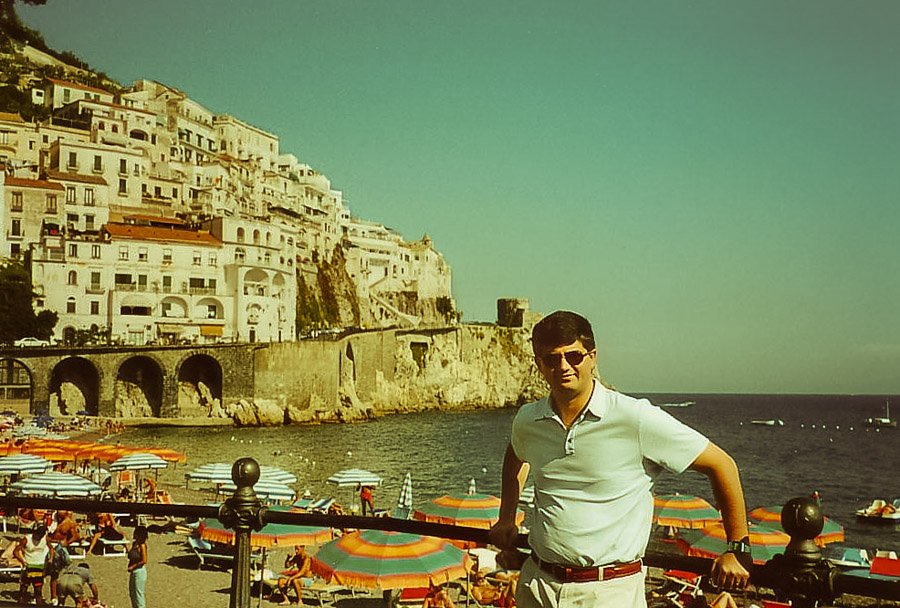 And the second one is from the garden lookout of Villa Cimbrano, in Ravello. Ravello is not situated on the coast, but rather higher up in the mountains. The views from there, as such photograph cannot truly convey, are breathtaking. 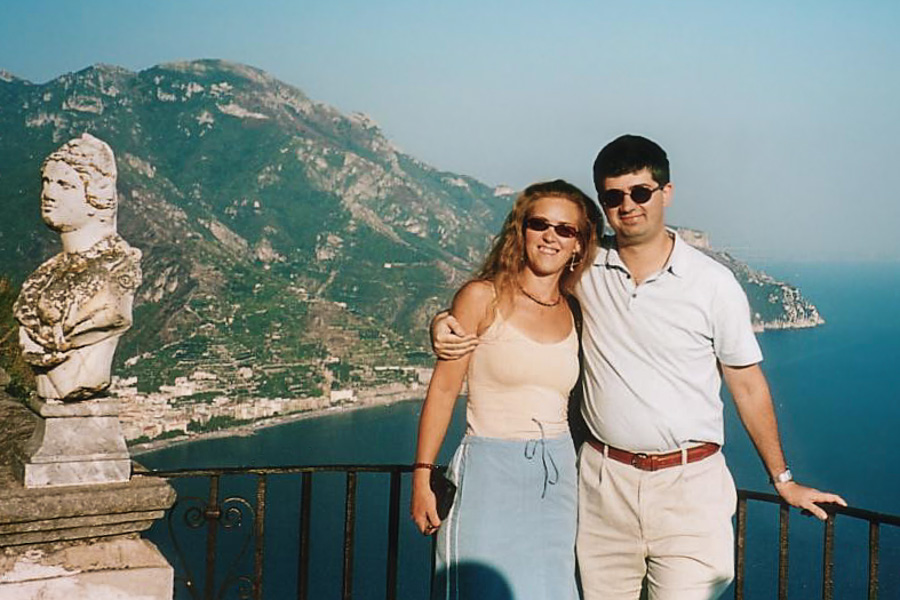