The World Heritage status of Vicenza is primarily due to Andrea Palladio, a 16th-century giant whose works dominate the town and serve as the origin of the now-classic architectural style that has spread all over Western world (for instance, the White House in Washington, DC, finds its roots in Palladian architecture).

Vicenza was only a “maybe” on our planned itinerary this year; it would be cut if we were to find ourselves running short on time. But we ended up being able to set aside a few hours for a visit there and were very glad that we had done so. Vicenza is a gem.

Here is one of the most famous Palladian buildings, Basilica Palladiana. 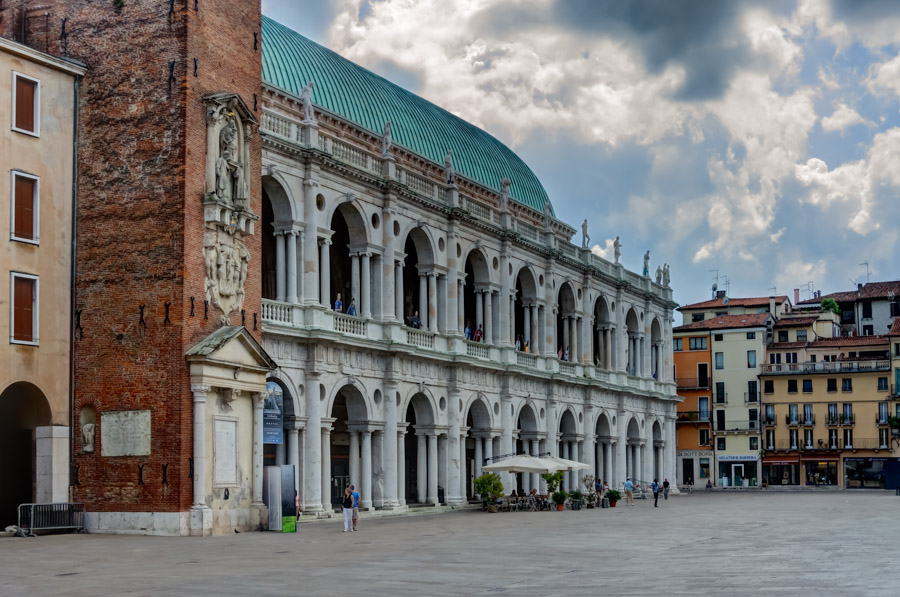 Despite its name, it is not a church. Palladio was strongly influenced by Roman architecture and this was the seat of government, ergo basilica, after Roman fashion of dubbing civil structures. Nowadays, it’s an exhibition space; there are shops on the ground level and a very popular bar on the upper terrace. 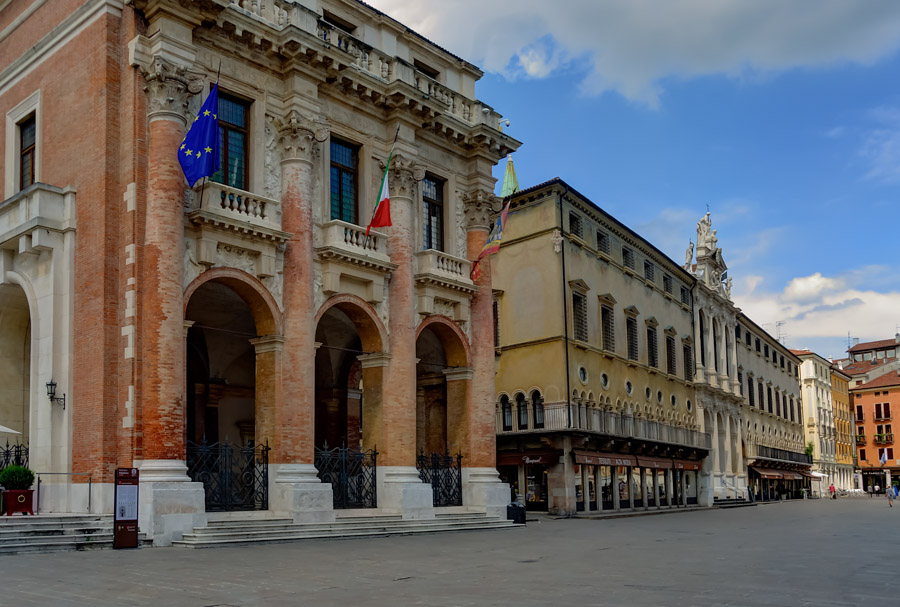 We saw about a dozen of Palladian buildings in the city center along the sign-posted trail, but stepped inside only one, Palazzo Barbaran. Here is a shot of a ceiling in one of its halls. 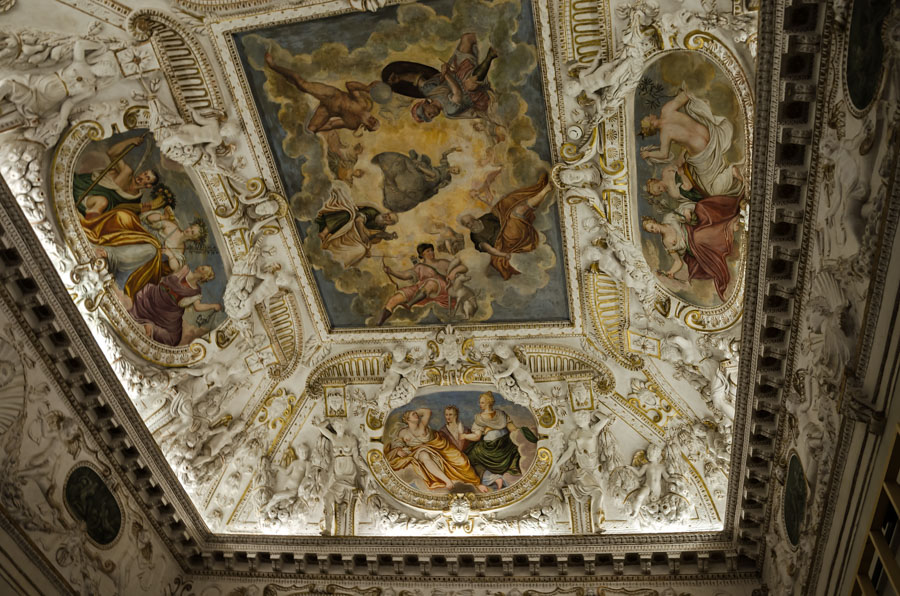 Palazzo Barbaran houses the fantastic Palladio Museum. It covers in significant depth Palladian school of architecture and its main examples. 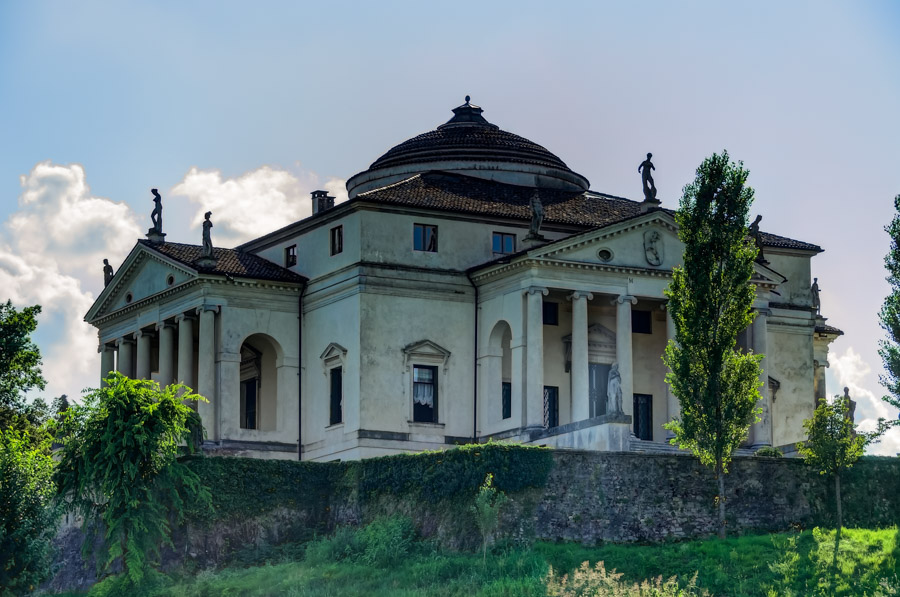 Aside from Palladian palaces and villas, Vicenza’s historic center is walkable and pleasant. We stepped into the cathedral and one other church, had lunch on a quiet piazzetta, and generally enjoyed the surroundings. 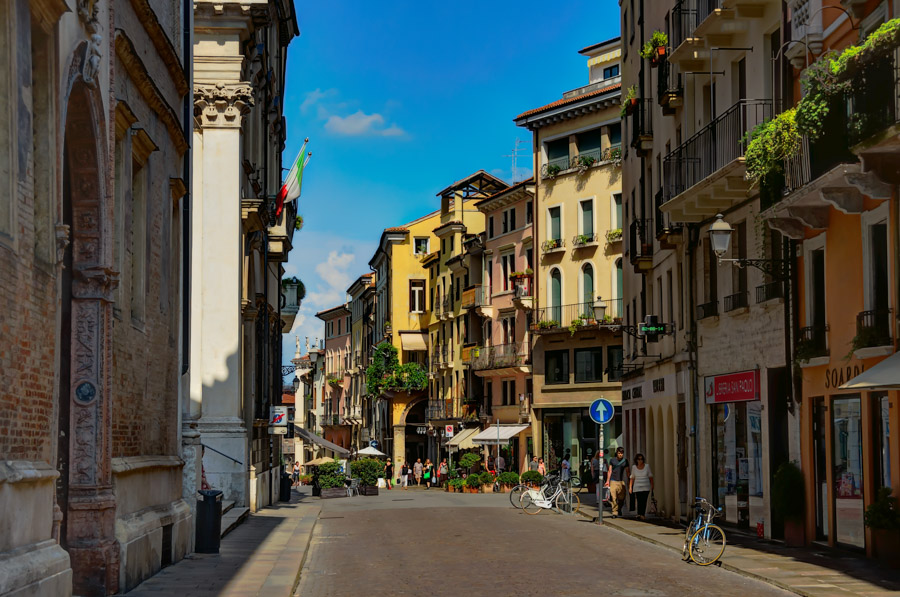 Walking the entire sign-posted “Palladian trail” – and entering those palaces that are open for visitors – is likely a full-day endeavour. There is also an overlapping “Roman trail” that will take you to some of the monuments from more ancient times. At the very minimum, half a day is required to get a proper impression of Vicenza and the attractions it has to offer. The town is located on the major East-West Milan-Verona-Venice motorway.

These and other pictures of Vicenza can be found in my Flickr photostream.