For reasons that lack straightforward explanation, Ferrara did not impress us as it probably should have. Our over-saturation with all things medieval or Renaissance on this trip probably played a part – but then a couple of destinations that came later left stronger imprints.

And yet, there is plenty to see and be impressed by here. The town plan, inscribed on the UNESCO list as the forebear of modern city planning, yields interesting perspectives and pleasant walking routes. Pedestrian city core is lively, with many locals traversing the space on bicycles. And, of course, Ferrara has a number of grand architectural sights.

Here is the view of Duomo Cattedrale di San Giorgio Cispadano whose 12th-century façade can compete with other more famous cathedrals. 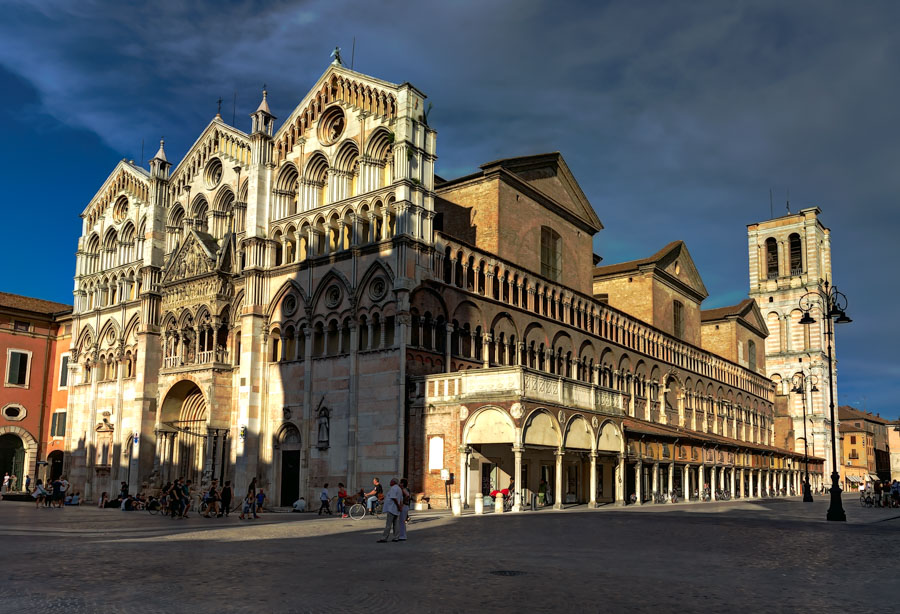 Next is the clock tower of the massive Castello Estense. 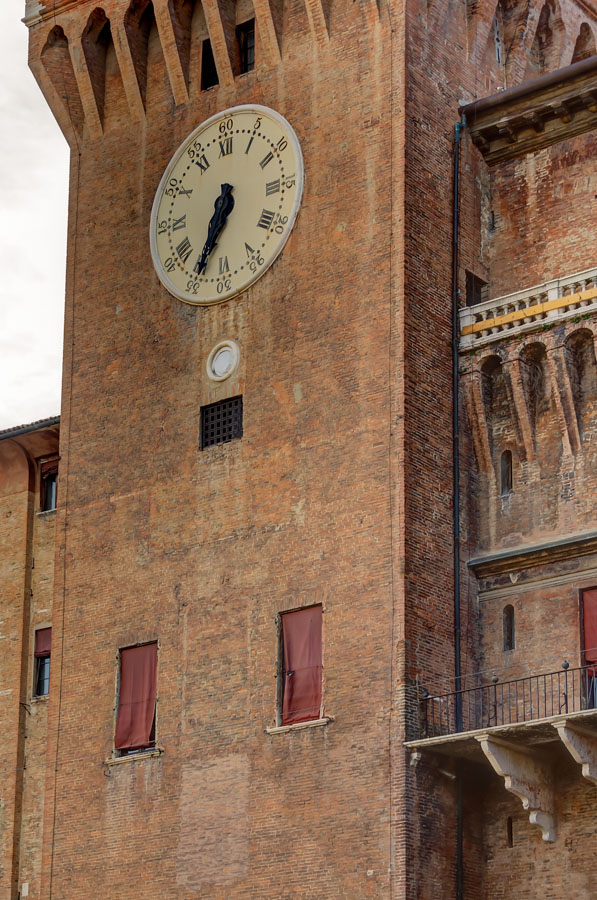 Since Ferrara has comparatively flat topography, the castle does not occupy an elevated position above town – nor is there a surviving river bend that it might be guarding. Although it has some palatial attributes in its interior, it does not look like a palace and looks precisely a castle, which is somewhat an unusual sight in the middle of town next door to the cathedral.

The tour of the castle offers not only the look at its halls and frescoes but also wealth of information on the d’Este family, under whose rule Ferrara became the important Renaissance centre. You can also learn of the 30 or so delizie, ducal residences built by d’Estes, of which only one, Palazzo Schifanoia, is officially mentioned on UNESCO inscription but all others probably belong as well by association with the Po Delta.

A number of rooms in the castle have large mirrors sitting at an angle on the floor. Looking into those mirrors allows visitors to see the ceiling frescoes without craning their necks. This is the first place I’ve ever seen doing that.

Having spent some time at the castle, we decided against visiting any of the handful of palaces listed in the World Heritage long description. We looked at most of them from outside and took a few pictures. Here is Palazzo Comunale. 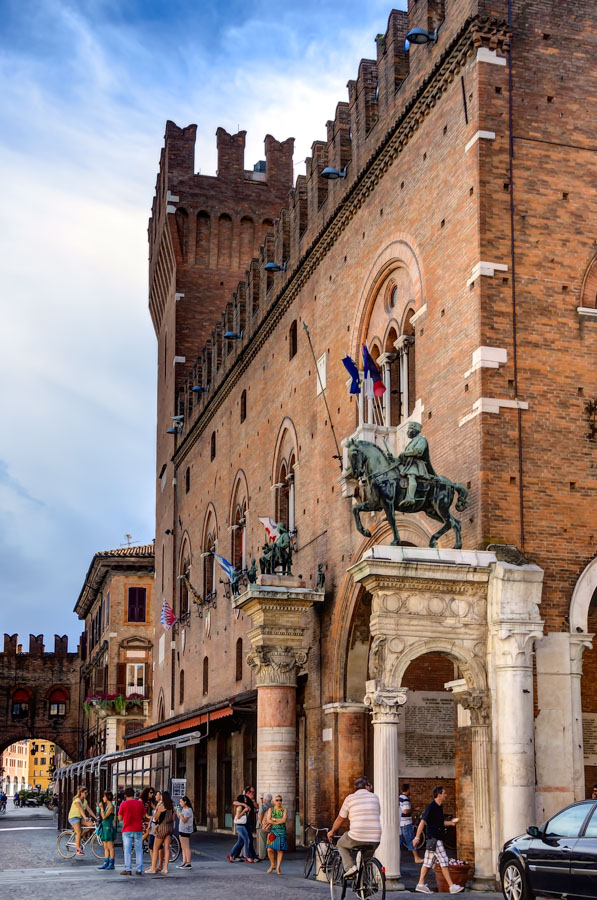 The same palazzo appears in the background of the next shot, depicting Piazza Trento e Trieste which runs the length of the cathedral. 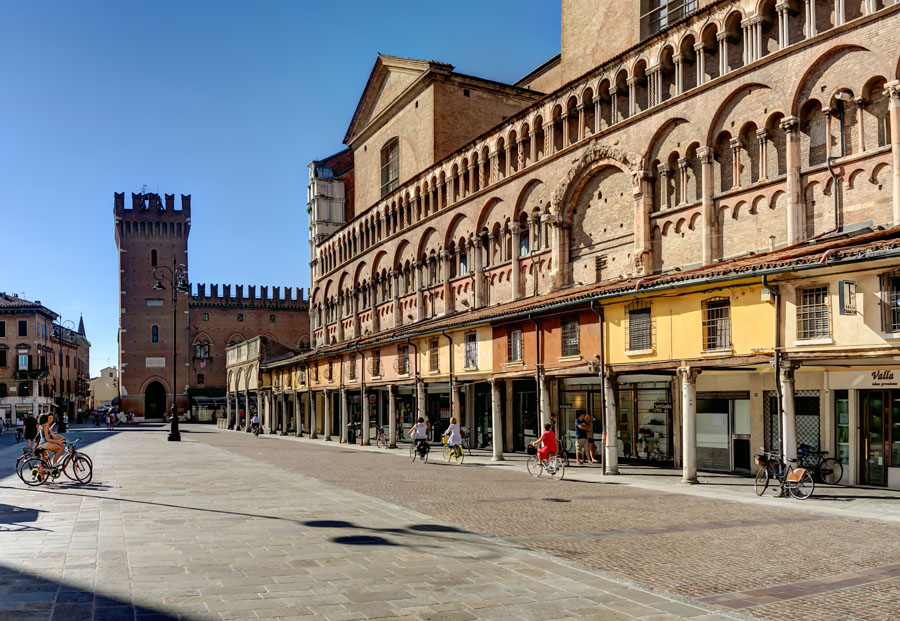 Ferrara can easily support a full day visit for those interested in touring all of its major points of interest. Its proximity to major traveling routes makes it an easy destination to reach. I think we will return again, to do it better justice.

These and other pictures of Ferrara can be found in my Flickr photostream.