Although city of Ravenna is not without occasional highlights on its streets and squares, you are likely to come here for the mosaics of the early Christian monuments. There are 8 of them inscribed together as a UNESCO World Heritage site. Of those, 5 are within reasonable walking distance from each other in the city center, and can be all visited on a single combined access ticket.

All are unique. The themes, of course, repeat, these being religious-centric sites, but the execution is different in every place.

The most magnificent of them all is Basilica di San Vitale. The interior is simply indescribable, with multi-colored marble arches and columns and brilliant colourful mosaics blended together in a breathtaking ensemble. Here are a couple of perspectives. 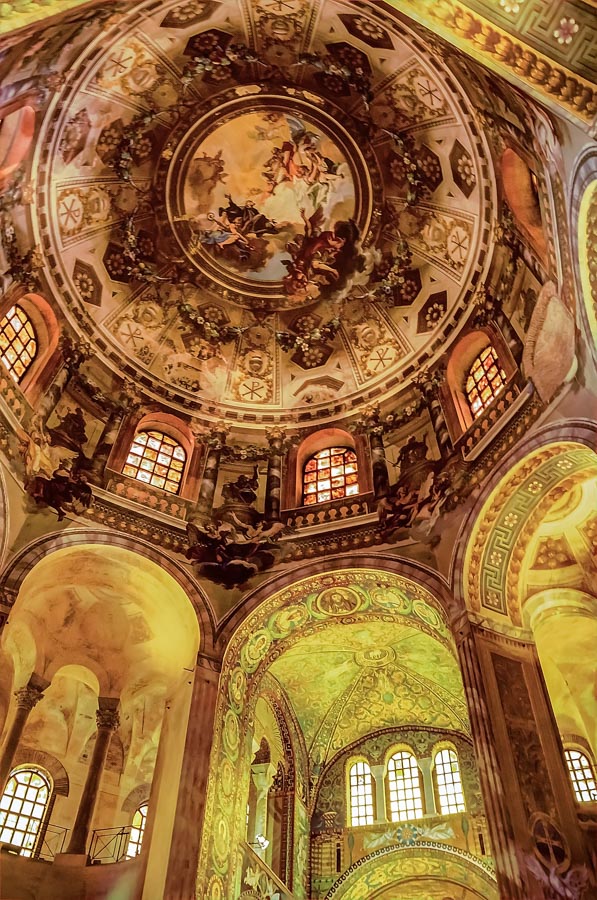 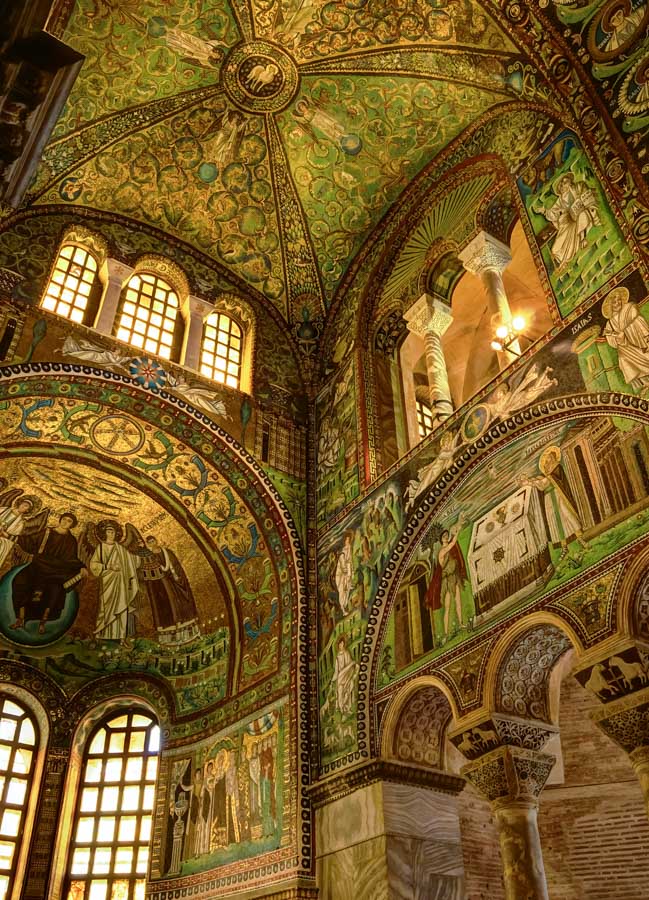 The exterior of the church – and of most other of the monuments in this collection – conveys its longevity, dating from the 6th century A.D. (it is actually one of the youngest monuments on the list). 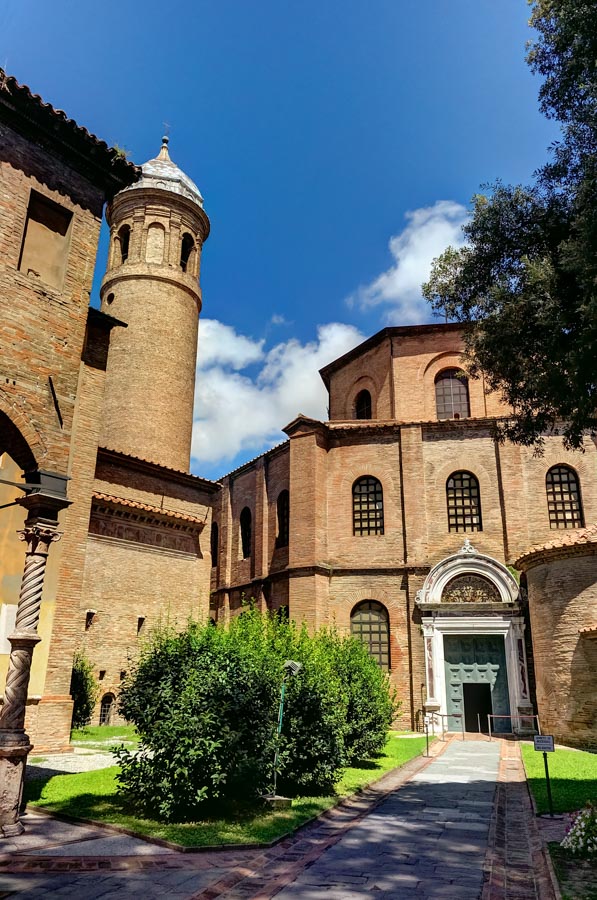 Mausoleum of Galla Placidia sits on the same grounds as the church of San Vitale. It is contrastingly small (with rationed inside access), but its mosaics, covering the entire upper part of the space, are no less impressive. 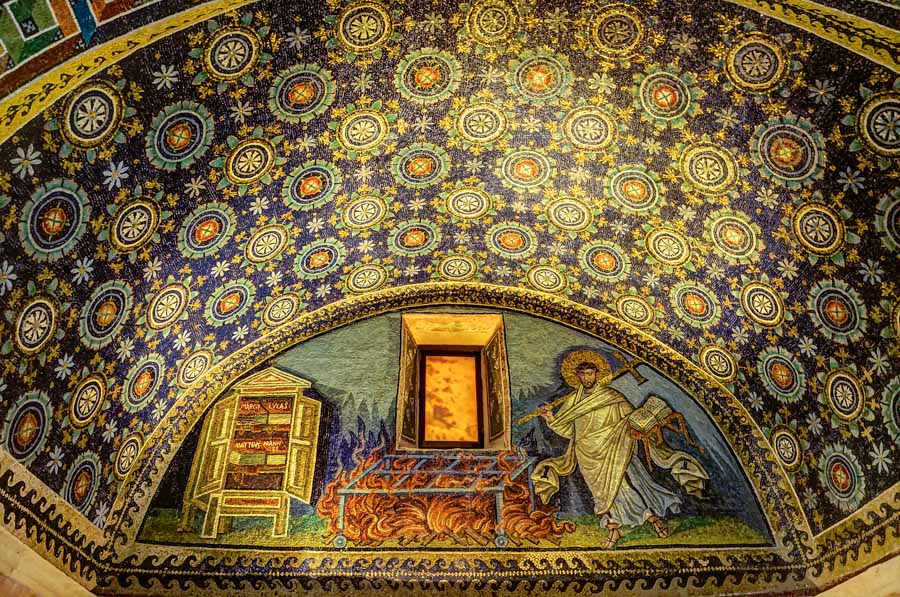 Another interior view – a fragment of Battisterio Neoniano. This was our first stop on the tour and it gave us a good preview of what to expect. 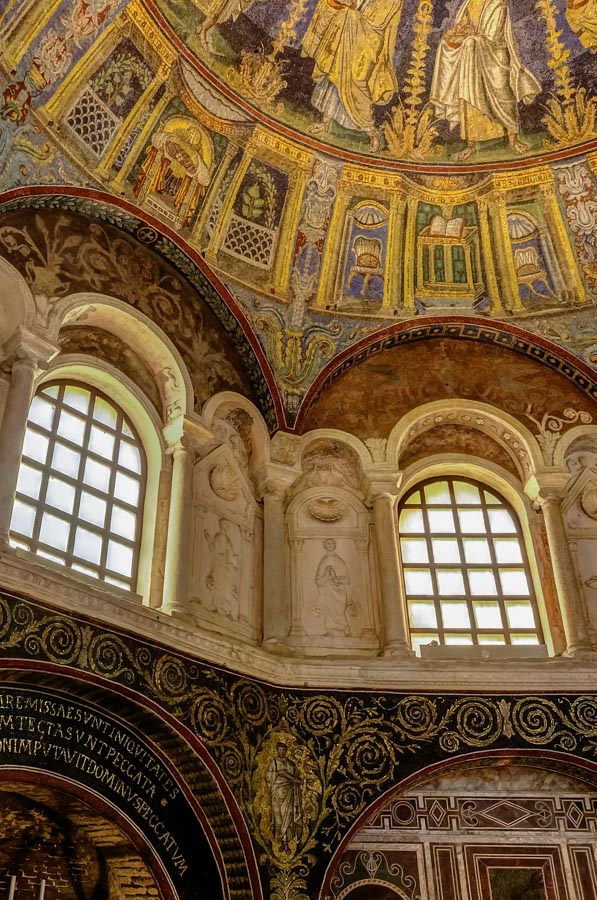 Close by is the Museo Arcivescovile, through which you can access Capella di Sant’Andrea, also known as Archiepiscopal Chapel. Photography is not permitted inside the museum, but the chapel is too small anyway to get a good picture of its resplendent starry ceilings. Students of archaeology may find other things of interest in the museum rooms, but don’t make a mistake of passing the chapel by because you do not want to walk through the museum to get to it.

Finally, Basilica di San Apollinare Nuovo is comparatively the least impressive of the five monuments on the basis of its mosaics, while also being the most cathedral-like among them.

One other baptistery on the list is located in the city center but retains only fragments of its mosaics and therefore is not included on the access ticket. There is also another mausoleum that can be reached on foot if time permits (not in our case), and one other basilica that is actually located not in Ravenna proper but in a nearby village.

We also walked through Ravenna a little bit. It is too car-friendly for my liking, but there are pleasant pedestrian pockets, centered on Piazza del Popolo, the fragment of which is on the next shot. 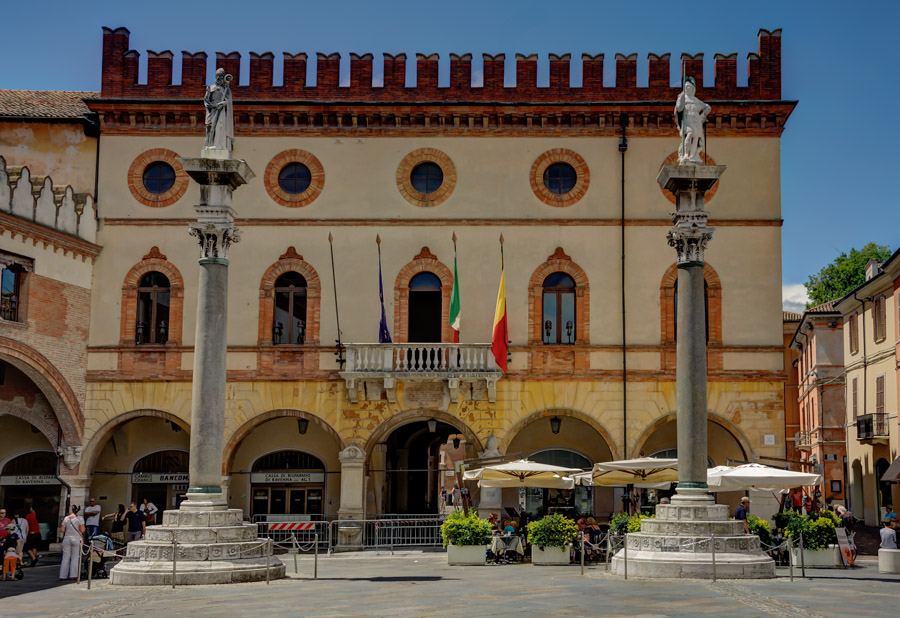 The interiors of the monuments of Ravenna immediately found a place on my personal must-see roster. A few hours appear more than sufficient for exploration.

These and other pictures of Ravenna can be found in my Flickr photostream.