The UNESCO World Heritage site in Modena is the main historic square, with major architectural masterpieces surrounding it. Here is a fragment of two named ones, the exquisite – and leaning (you will have to trust me on this) – Torre Civica and the Cathedral. 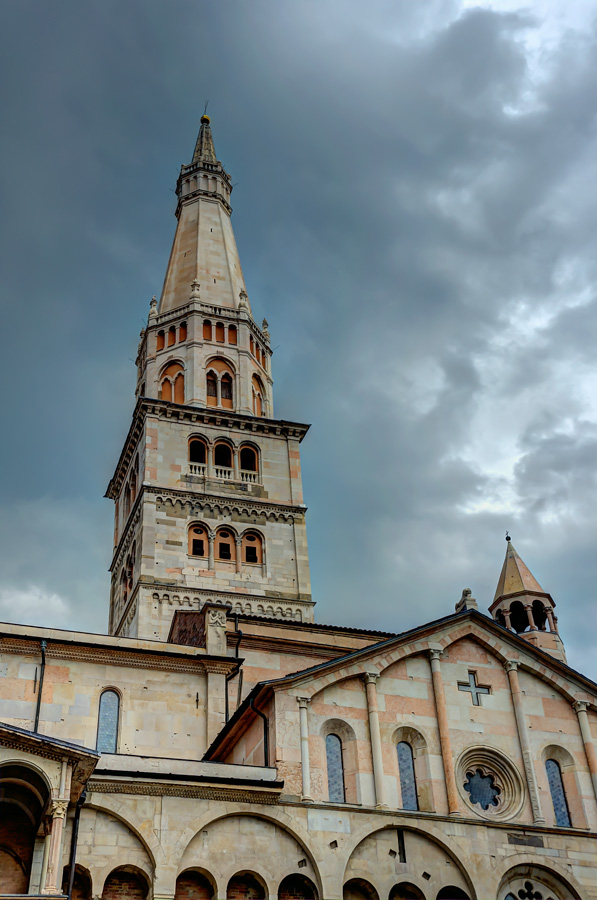 Our visit to Modena was certainly the least successful of all of our stops on the recent trip. We only had a couple of hours at our disposal, which technically should have been enough to get a proper impression of the major attractions, including some interior exploration. But we did not anticipate all points of interest being closed between noon and 3pm, which was exactly the time-box of our visit. We also did not count on intermittent heavy rain. As a result we only regarded the major edifices from outside, walked the surrounding streets when the rain let up, and filled the remaining time with a lunch on a piazzetta around the corner from the main square.

The cathedral’s façade was covered in scaffolding, too. I ended up with a half a dozen good pictures of the tower, but nothing exceptional when it comes to the great church.

I also took several perspectives of the clock-tower of Palazzo Communali. That, to me, was the architectural highlight of Piazza Grande. 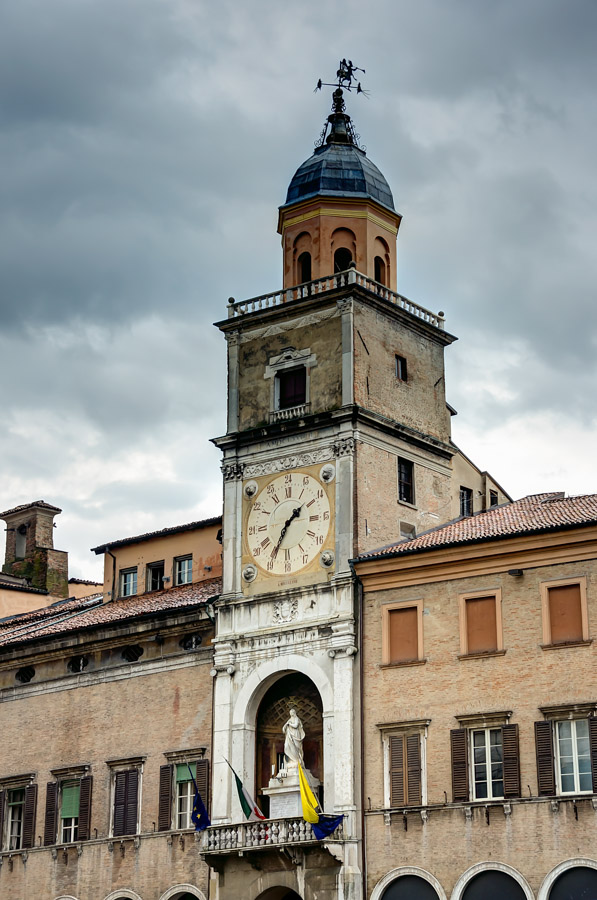 Piazza Grande, on balance, was a bit underwhelming. I have to discount the rain and the scaffolds, but we have certainly seen much grander main squares, forgive the inadvertent pun.

The town itself looked quite pleasant and probably worth greater amount of attention than what we could lend. I am a big fan of portico galleries fronting the houses on main streets, which is a very common feature in this part of Italy. I am also a fan of colourful house palettes. 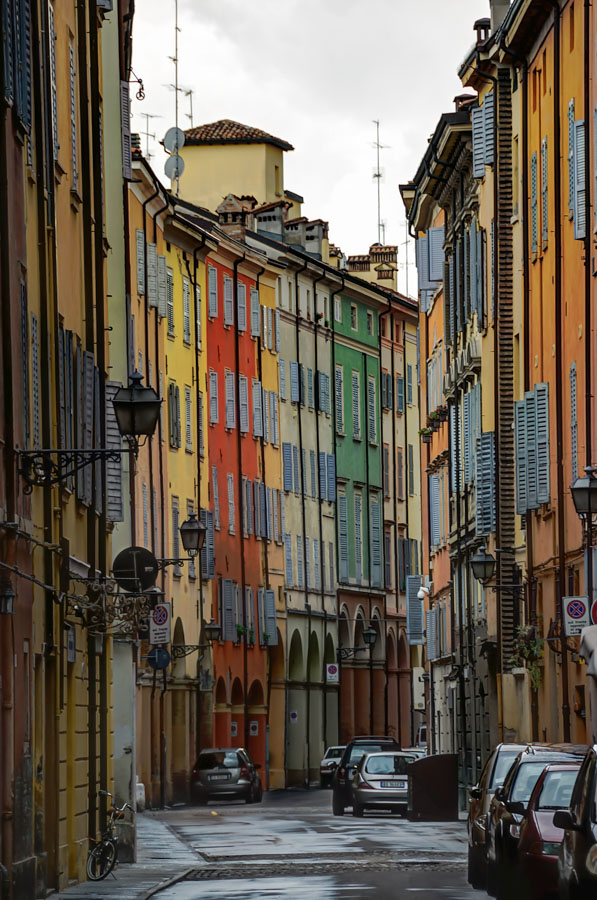 Modena has a few points of interest beyond Piazza Grande and is also the home of Ferrari, which should obviously appeal to auto enthusiasts. It can probably sustain a longer stop-over or even a mid-afternoon-to-mid-morning stay.

These and other pictures of Modena can be found in my Flickr photostream.