The towns of Mantua (Mantova in Italian) and Sabbioneta are paired into a single World Heritage site on the basis of representing two different facets of Renaissance city planning: the former an example of an existing city rebuilt and renewed, the latter a completely new town built according to the prevailing concepts of the ideal town of the time.

You can certainly see Renaissance influence in the architecture and un-medieval wideness of some of the streets around Mantua’s center. The most interesting architecture in town is concentrated around its historic core, focused on Piazza delle Erbe and Piazza Sordello.

This shot of Piazza delle Erbe captures the latter-period architecture, including the porticoes gallery that is a very common feature of southern Lombardy and Emilia-Romagna architecture. 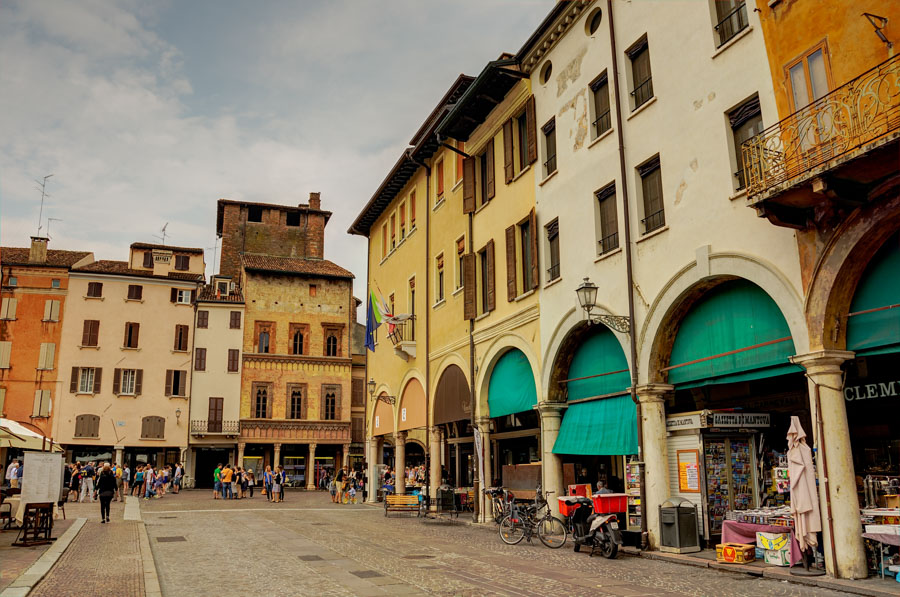 The wide and spacious Piazza Sorbello is home to the Mantua Cathedral, the Ducal Palace, and a host of other impressive buildings. 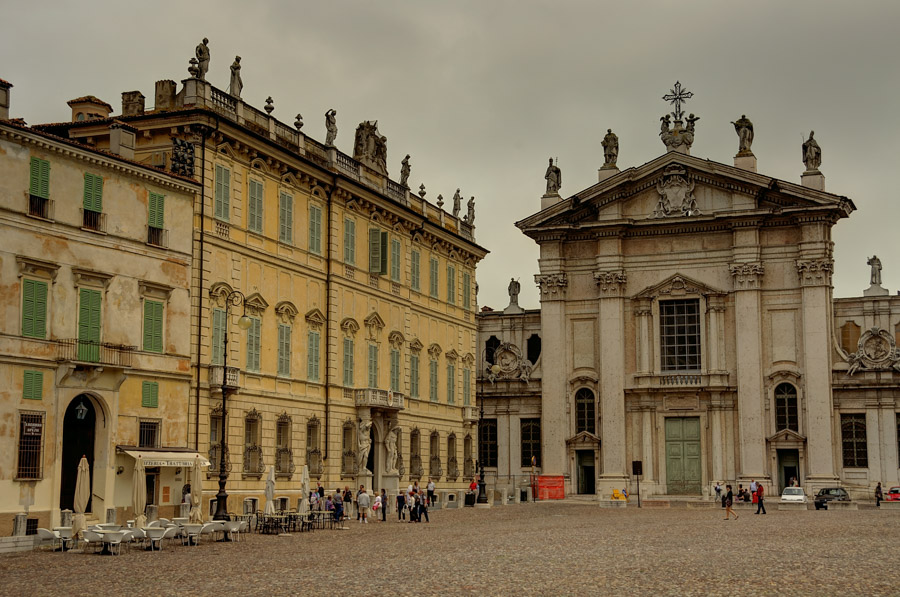 Here is the façade of Palazzo Ducale, on the other side of the square. 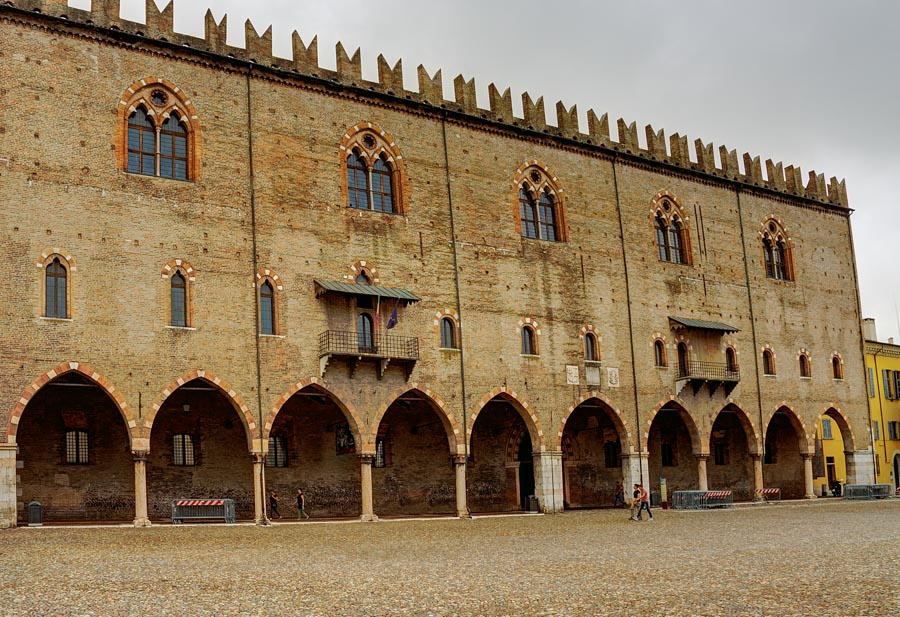 A tour of the place is an excellent diversion if you are in town, consisting of a couple of dozen increasingly impressive spaces, sparsely furnished but boasting magnificent ceilings and wall frescoes and decorations.

Here is one other perspective from a corner of Piazza Sorbello, taking in a fragment of the cathedral, Palazzo Bonacolsi, Torre della Gabbia, and the dome of Basilica Sant’Andrea. 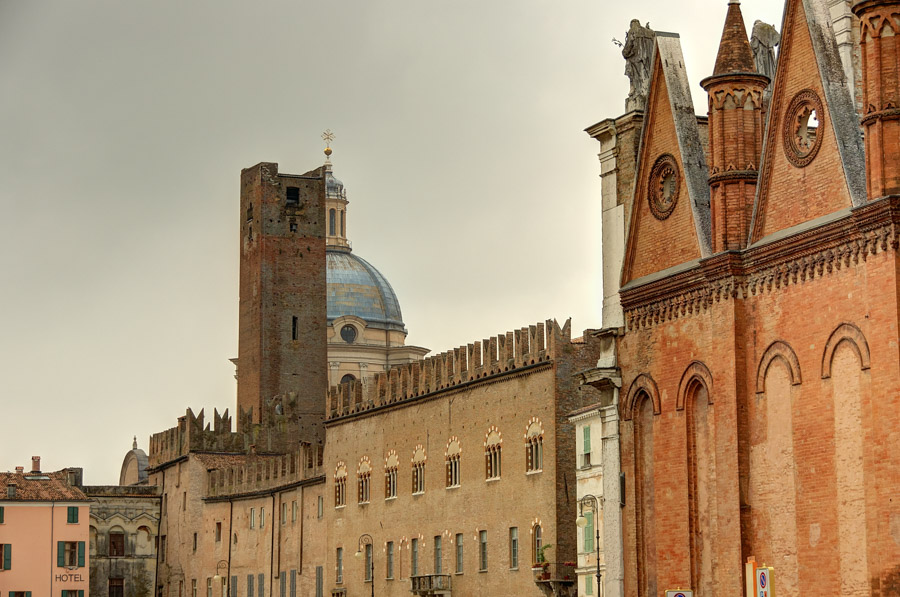 Sabbioneta has a small grid-like core of streets that forms the reason for its inclusion on the UNESCO list. However, we did not find anything exceptional there. In fact, our short visit to town left us underwhelmed and disappointed. On a Saturday early afternoon, not helped at all by the intermittent rain, the town looked nearly deserted and far from festive or even remarkable. We probably should have spent more time in Mantua instead. I took just a handful of pictures; the following two shots are of the Ducal Palace and the church (the sign on its side literally says just chiesa with no designation of a saint that it is dedicated to) that sit on Piazza Ducale, which might be lovely during the livelier times.

This World Heritage site probably does not constitute a destination in itself. But as an intraday stopover on some route, Mantua is certainly a pleasant choice and can easily provide a few hours of exploration entertainment. Sabbioneta is unlikely to appeal to anyone but the most hard-core aficionados of Renaissance architecture.

These and other pictures of Mantua and Sabbioneta can be found in my Flickr photostream.